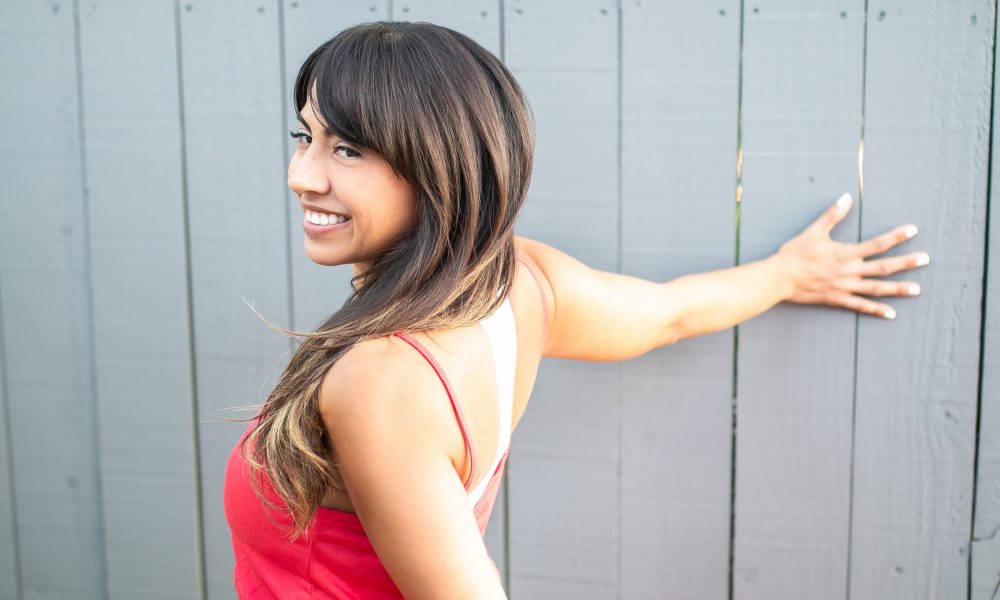 Today we’d like to introduce you to Alex Rodriguez.

Alex, let’s start with your story. We’d love to hear how you got started and how the journey has been so far.
I was introduced to yoga when I was 18 years old and it was offered as a college course at Cal State San Bernardino. I remember convincing my dad to buy me a nice Nike yoga mat because I’d get a lot of use out of it, but after college, I actually didn’t use it again for a while. Back then we didn’t have online classes the way we do now, and the nearest studio was 80 miles away in Santa Monica so I didn’t practice for a long time.

When I moved to West Hollywood 6 years ago I used to hike Runyon Canyon all the time, and they have yoga by donation on the green so I started going there. Thanks to the generosity of the Runyon Canyon Yoga teachers I felt happier, healthier, and the way I perceived the world changed. Back then I didn’t know I had a mood disorder, so the yoga was actually regulating my nervous system. I just knew I was angry all the time, and I wasn’t so angry anymore after yoga.

I started going to workshops and other yoga studios, and it never took long for me to notice I was one of the only people of color. I did research and found out there weren’t many Spanish speaking yoga teachers, and even fewer classes offered in other languages.

The Latinx community makes up over 50% of LA’s population, yet studios in even predominantly Latinx neighborhoods do not offer classes in Spanish. There are many reasons for this, but I want to think about solutions and how to get more people of all abilities and backgrounds to do yoga. What it comes down to is if studios want to truly be of service classes should be offered in languages the local community understands best.

I’d been thinking about all of this when my teacher at the time suggested I teach in Spanish, so it already felt right. I found out the first Spanish yoga teacher training in the country was happening at the Kripalu Center in Massachusetts, so I more or less flipped my life around to make it happen. I moved in with my parents, saved for a year, and then quit my job to be at the training.

I’ll have to write a blog one day on the whole experience, but in short becoming a yoga teacher is one of the most beautiful things I’ve ever done with my life. I’ve been able to learn from and work with some of the most educated teachers there is today, and feel so lucky to get to do this work.

We’re always bombarded by how great it is to pursue your passion, etc – but we’ve spoken with enough people to know that it’s not always easy. Overall, would you say things have been easy for you?
I was really nervous the first time I tried to teach a class, I kept thinking what did I get myself into? There were many times when no one showed up, and I’m sure my first few classes were horrible but I just kept going. I knew if I kept showing up my teaching would improve, and around the same time, people in the local community started showing up with their relatives and friends.

Another thing is that Spanish isn’t my first language, so sometimes that prevents me from holding space the way I want to. Some words or phrases don’t translate the same, so figuring out how to evoke the same emotion or response is trial and error. Teaching a yoga class simultaneously in two languages is relatively new, and difficult, so I’m still figuring it out as I go. I prepare classes in advance so that I can translate into Spanish to keep classes as equitable as possible despite the language barriers. I think I’ll always get nervous teaching, but being prepared helps my anxiety, which is probably my biggest struggle.

I’m open about my mental health and decision to take medication because there tends to be a stigma against it in the yoga community, and I want people to know they’re not alone. My medication helps me live a better life and manages my mood, so I want people to know it’s perfectly ok to be a yogi and take antidepressants. We have to learn to tune out the judgments around us and tune into the frequency of our own hearts. What is best for my healing in this moment? Go with that, only you know best.

We’d love to hear more about your business.
Although our bodies are physically here, the mind is usually wandering elsewhere so I serve as a guide to bring the two together. Yoga, meditation, and reiki are the tools used to help reach this state of unity, so I teach it as a spiritual practice versus a physical one.

I try to teach in spaces that are financially accessible so that anyone can come. I’m really proud to offer bilingual classes in English and Spanish because it gives someone the ability to experience something so personal, in the language they’re most comfortable in. Language is visceral, it’s how we express ourselves and paint our dreams so it’s the most important tool I have as a teacher and activist. In today’s political climate, speaking Spanish in public spaces is being attacked so for me teaching has become an act of resistance. We have a right to exist and a right to speak Spanish in public spaces, so sharing these healing tools is important to work.

Teaching has grown to become more than a job, and a way of healing myself and the collective at large. Many Latinx people live with trauma caused by immigration, even if you were born in the United States like myself. Trauma is a cycle that continues affecting the next generation, so introducing yoga to Spanish speaking communities is a way of breaking the cycle. It was very significant for me last year when I had the opportunity to teach at the Mexican consulate in downtown LA, the same building my parents have spent countless hours getting their immigration papers together. I was meant to be there to heal that part of my family karma, and hope I can be of service for others to do the same.

What were you like growing up?
I grew up an hour outside of LA in a typical suburban neighborhood. I was obsessed with Barbie and was a socially awkward kid, so it always took me a while to make new friends. I’ve had a cell phone free childhood playing in the streets, and I knew to come home when the streetlights came on. My parents are immigrants from Mexico who had to work really hard, so education was important in our house.

In high school, I took AP classes, joined Key club, played tennis and did any other activity that would look good on a college application. My parents were really strict, so until college everything kind of revolved around school and family. After I moved out I started driving to LA for art shows and got into other interests that eventually led me back to yoga. 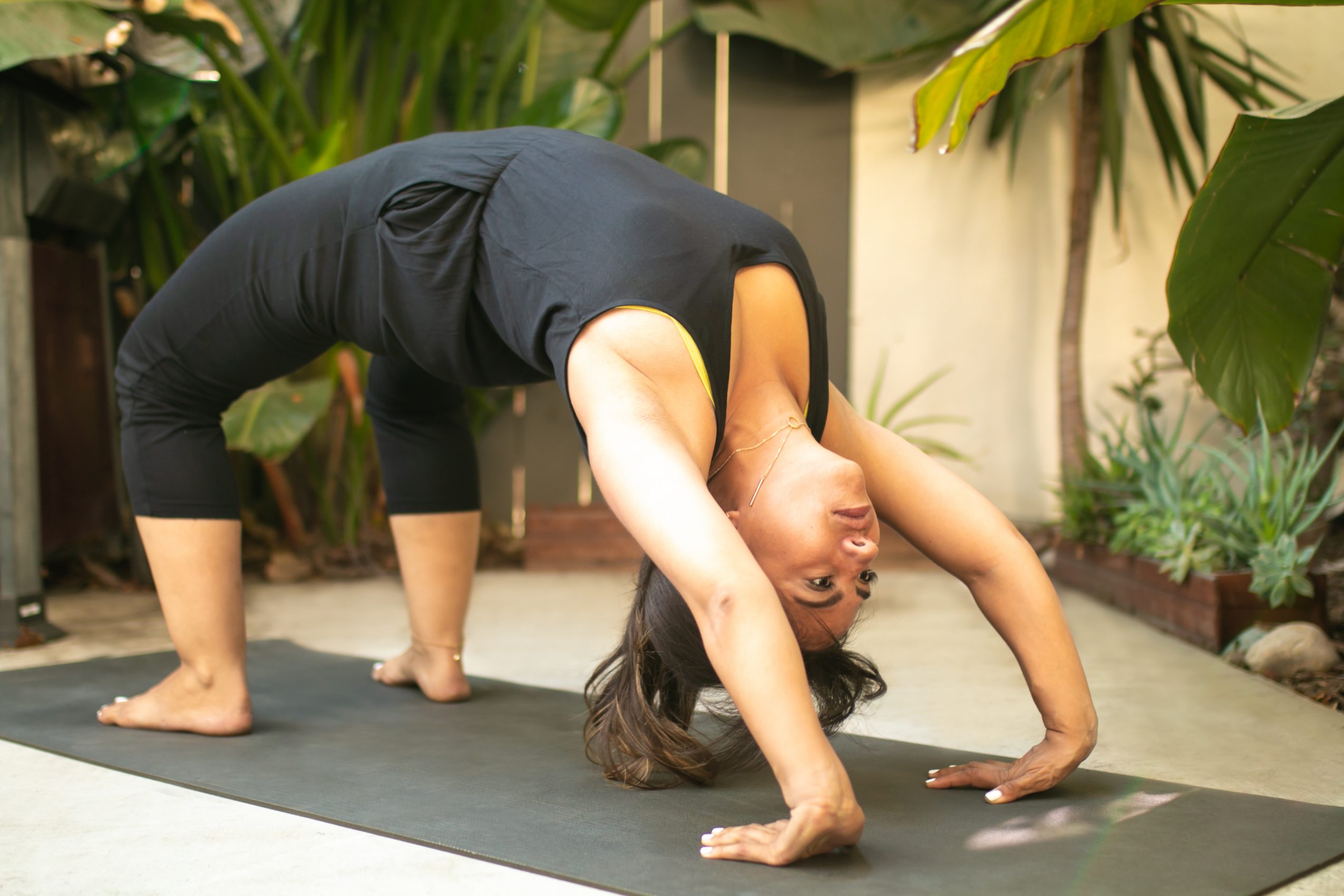 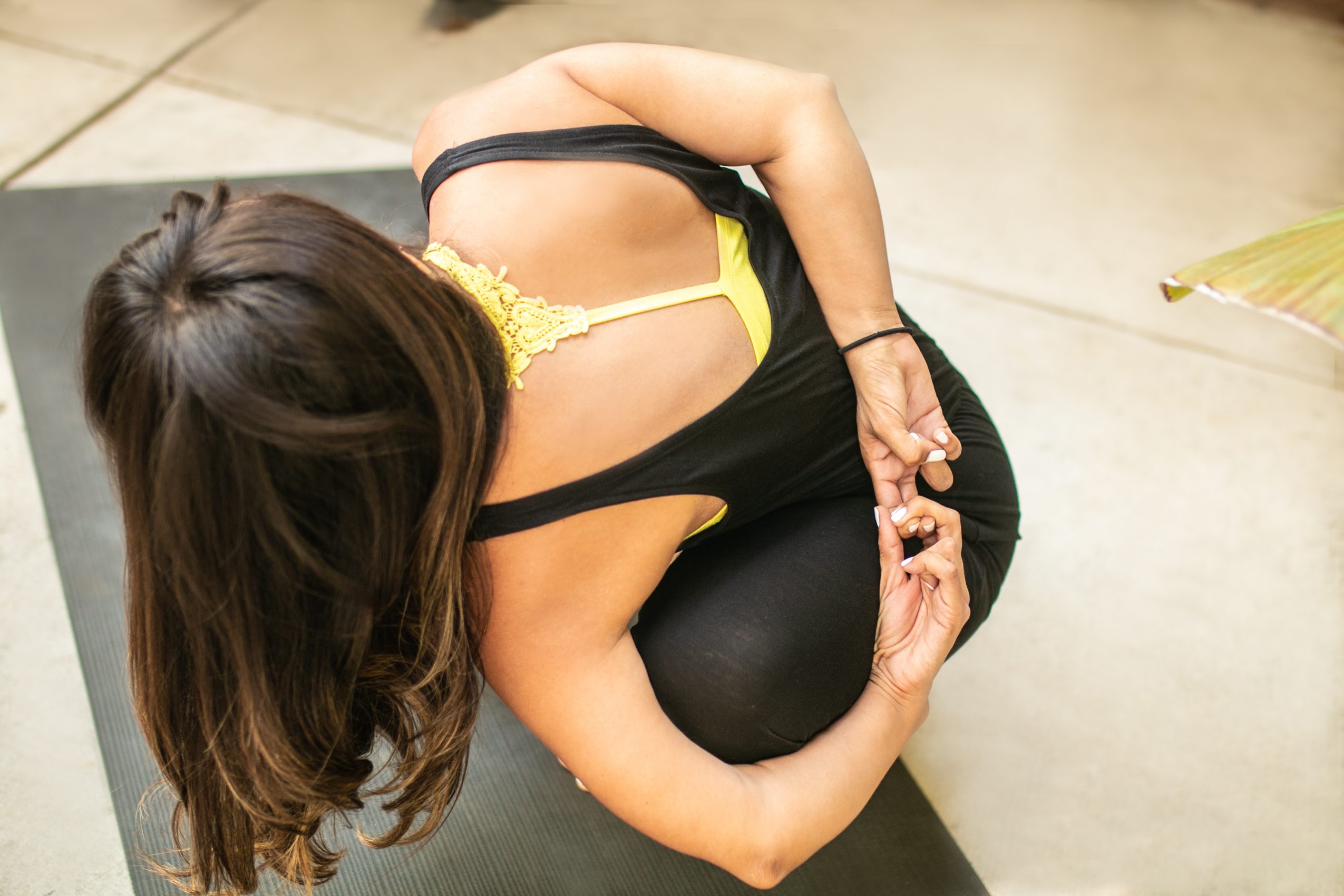 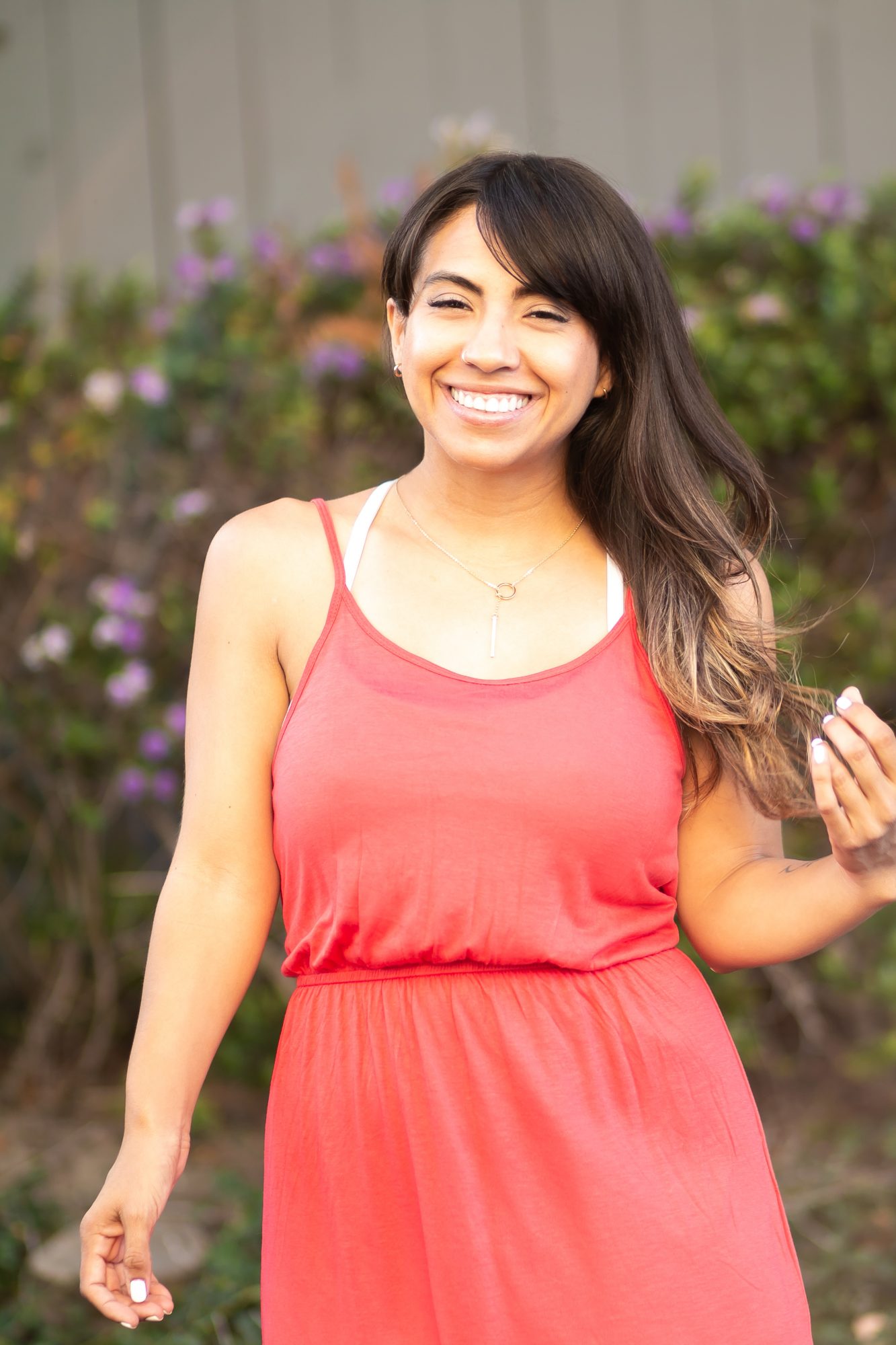 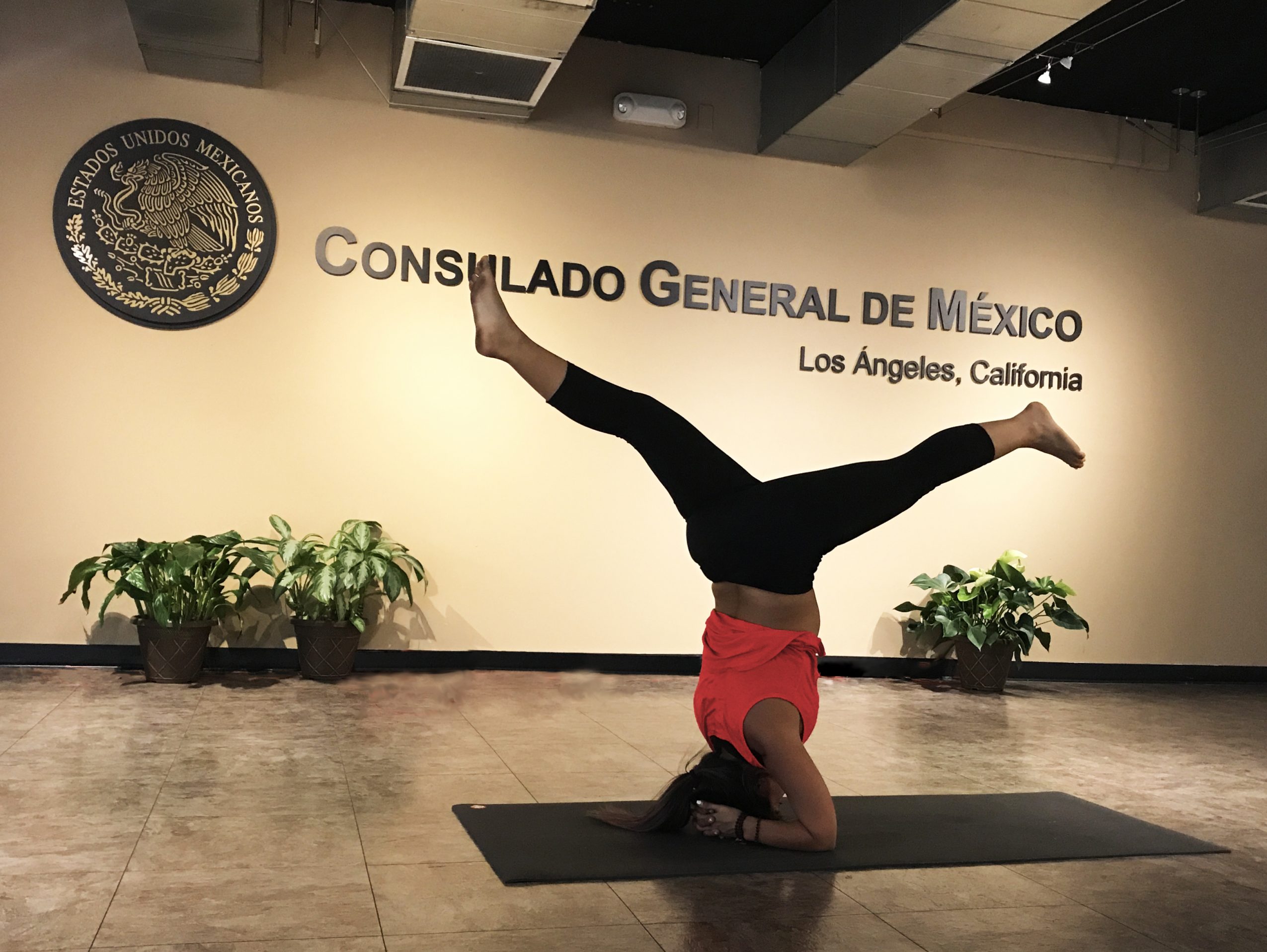 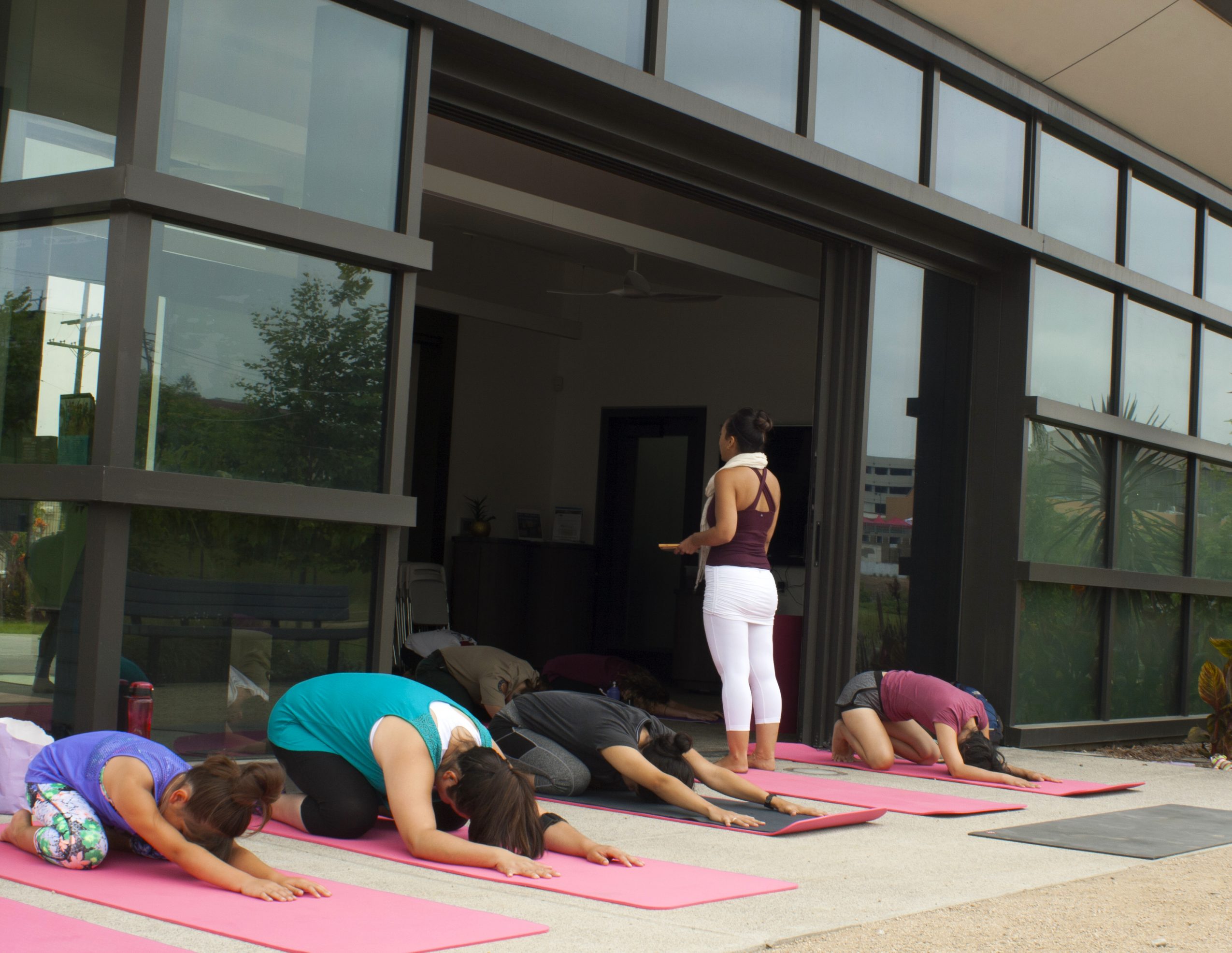