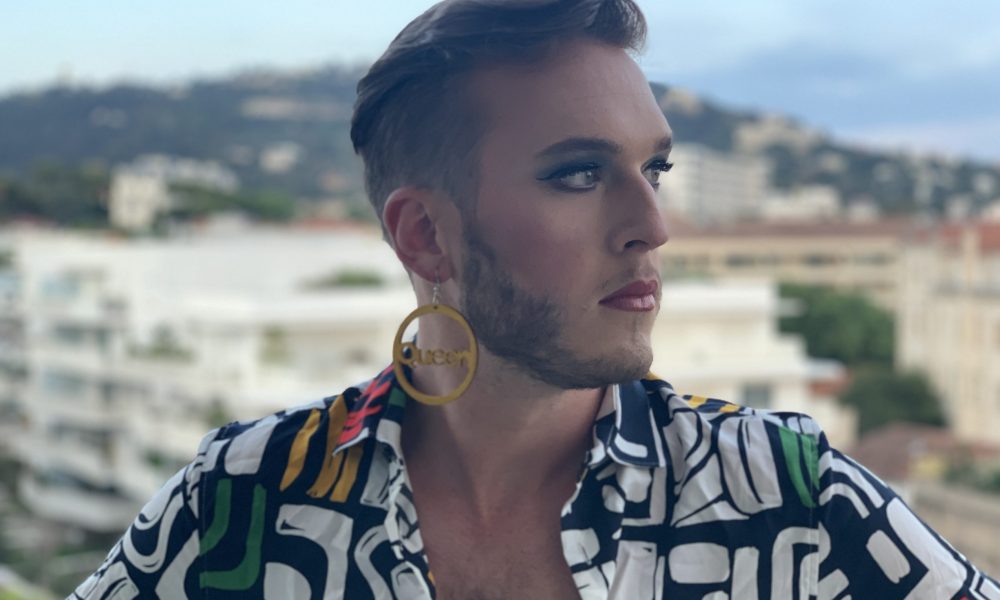 Today we’d like to introduce you to Alex McFry.

Alex, let’s start with your story. We’d love to hear how you got started and how the journey has been so far.
Growing up in the South, I went to a tiny high school without much opportunity in the field of storytelling. We didn’t have a drama department or anything that looked even remotely like one, so a bunch of friends and I got together with a camera and decided to take matters into our own hands — we made a terrible short film in one of our basements. After we got a taste of what it was like, we were hooked. We spent most of high school convincing teachers that if we could do a video project as a substitution for whatever the given assignment was, we’d weave education into it, however possible.

I went to undergrad at Jacksonville State University, a small college in the town where I was born. Again, I was faced with the same problem – no film. I decided to use my time here to explore all the other things I didn’t get a chance to do in high school. I wrote for the school newspaper (which I filmed a documentary about), I auditioned and was in several productions for the drama department (which I filmed commercials for the various shows), but ultimately I ended up back at square one – film. I spent my last year at JSU doing what I do best: rounding up people who had an interest in telling stories and making movies with them. I applied to graduate schools and made it my mission to get a strong education in film. This led me to pursue my MFA from Florida State University’s College of Motion Picture Arts.

Jumping from four years of college to two more was a bit daunting, but I completely forget I was even in college at FSU. The hands-on experience I got was invaluable to me. While I was there, I specialized in producing and screenwriting. During my second year, I got chosen as an ambassador for the Colin Higgins Foundation and was awarded a scholarship to attend the Student Program of the American Pavillion at Cannes. There, I also screened a short I directed entitled Heads Up about my experience being diagnosed with HIV in the South, which was poetic in the sense than Colin himself was a victim of the AIDS Crisis. It truly was a once-in-a-lifetime experience that I will cherish for the rest of my life.

After graduating last August, a few members of my class and I packed for the Dominican Republic to film our first feature. We were there for three weeks exploring parts of the country that were breathtaking and unbelievably different from the life I was used to living here. Making this piece was incredibly eye-opening, and I can’t wait to share the finished product of the film I produced.

In September, I moved to Los Angeles and have since been “trying out” jobs in an effort to find my footing. I’ve been an intern, an assistant, a set PA, an office PA, a production coordinator, and a Killer Klown from Outer Space at Universal Studios Halloween Horror Nights. All this before the world seemed to shut down…but that gave me time to step back, breathe, and really analyze what part I wanted to play in the machine that is this city. Being able to freelance as an artist on the production side, whether as a coordinator or manager and eventually a producer in some capacity, is my goal. This “pause” has been a great time to reassess what it is I want and how I’d like to get there. I’ve made a handful of solid connections so far from FSU alumni and others I interacted with at Cannes and can’t wait to see what’s next.

Has it been a smooth road?
I think the hardest thing for me has been not having a path. Nobody in my immediate family or friend group has done anything close to this career, so it’s been a very trial-and-error process for me. Being a gay man who was raised in the South made the early stages a challenge, but one that helped me grow stronger in my artistry. Building my own network of humans to create things has also taught me the power of finding people to put in the driver’s seat so that they can tell their stories. Providing others with an opportunity they otherwise might not have is my ultimate goal as a filmmaker and an artist.

So, as you know, we’re impressed with McDorky Productions – tell our readers more, for example what you’re most proud of and what sets you apart from others.
I’ve had McDorky Productions for over ten years now and we’ve done just about everything. (The name came from eleven-year-old Alex’s love for Grey’s Anatomy’s McDreamy and McSteamy mixed with the play on my own last name, McFry. So Shonda, if you’re reading this, you’ve always been my North Star for inspiration.)

I’ve created a web series for my hometown newspaper highlighting kids who went above and beyond as high schoolers, I’ve gathered teams to create award-winning commercials promoting summer reading programs, I’ve done photography, traveled the festival circuit meeting other creatives with my own narrative work, and so much more. It’s my goal to transform this production company into something that focuses on stories of those who wouldn’t otherwise have a platform for their voice.

Let’s touch on your thoughts about our city – what do you like the most and least?
Los Angeles is a place where you immediately feel like your dreams can come true. There’s so much life here, something to do on every corner, and Hollywood history on every corner that makes anything feel possible all the time.

The downside is representation. The closeted male actors. The lack of diversity at the head of the table. The number of people who have been taught that the only way up the ladder is by taking the copious amounts of mental and verbal abuse as an assistant for somebody powerful and then slowly becoming those people themselves. I think changing the narrative of this place where stories are told starts with us. We have to say, “Hey, we’re stopping this awful cycle of treating people poorly just to get ahead.” That obviously doesn’t happen overnight, but if we work together as a group of young artists to speak up and let our voices be heard, anything is possible. 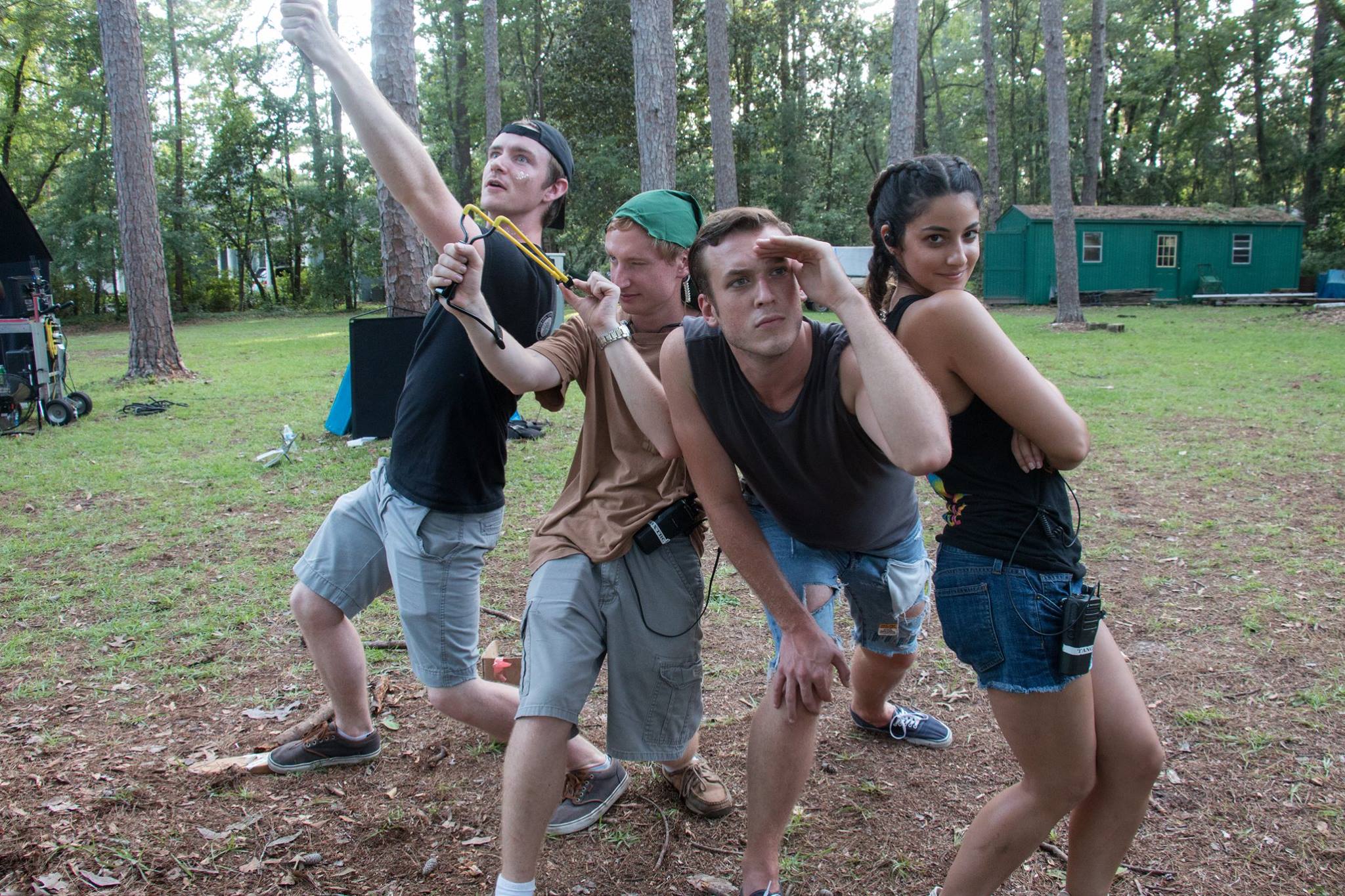 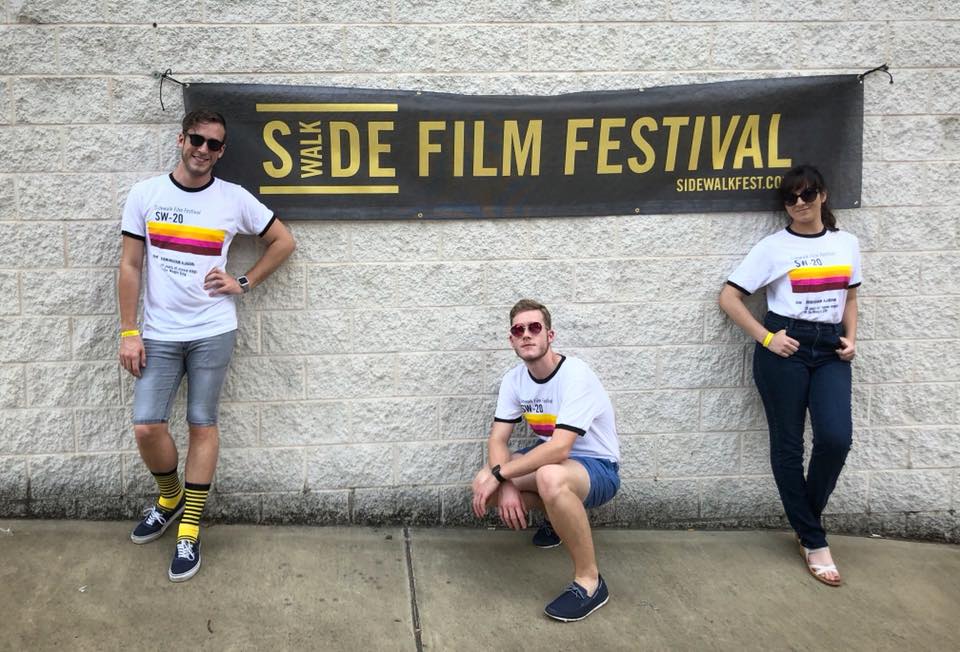 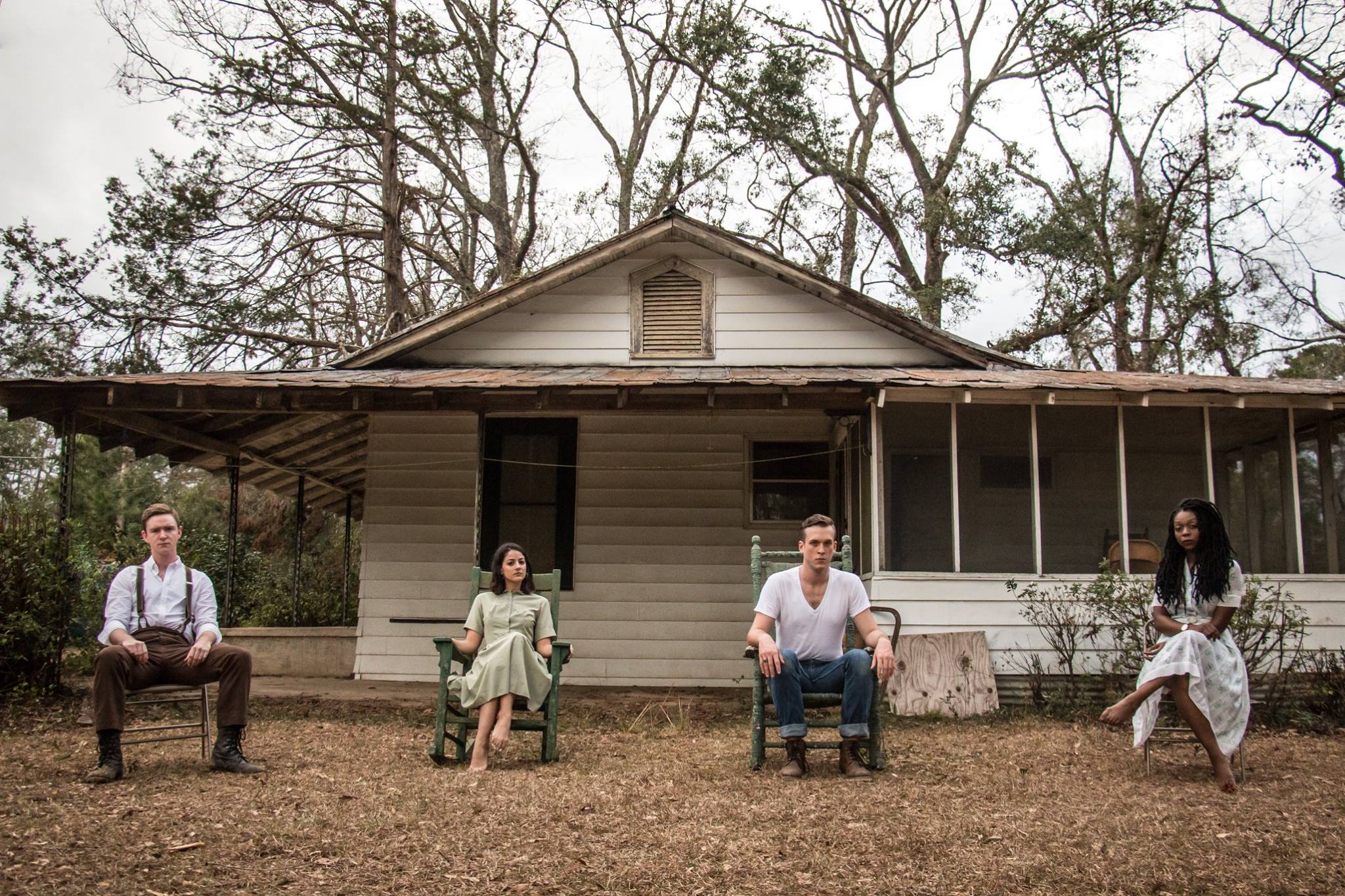 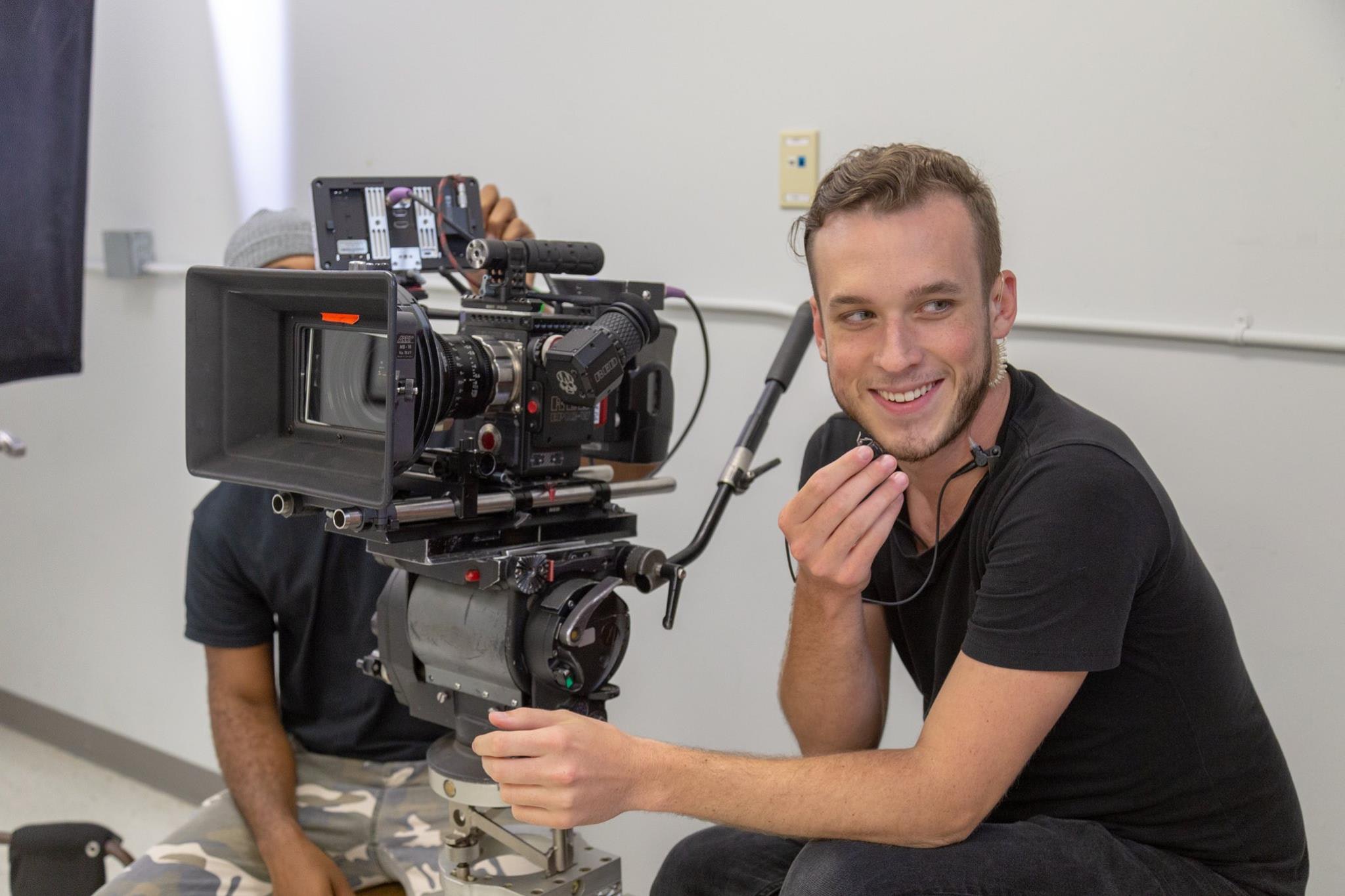