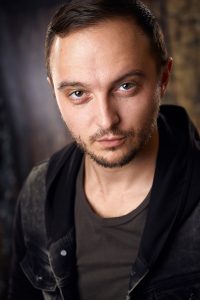 Today we’d like to introduce you to Alex Kotsyk.

So, before we jump into specific questions, why don’t you give us some details about you and your story.
It all started in Regina Saskatchewan, in front of 400 people I made my first appearance as a performer. I always wanted to perform but in small Ukrainian town called Chernivtsi, that’s where I was born, just to clarify its Chernivtsi, not Chernobyl.

Chernobyl is a town where nuclear reactor melted down so everyone moved away, Chernivtsi is a town where no nuclear reactor ever melted down but everyone still moved away…- just kidding, I do stand up if you couldn’t tell by now. I love Chernivtsi people and food are great there! But acting – not so much! By the way, have you had any Ukrainian food?

Anyway, so where I from not much was going on. And certainly no one saw that as a career path. So only when I moved to Canada, I realized that its a possibility but even then I didn’t know if I had talent. Still not 100% positive about that yet hahaha.

Well, some people say I am talented and funny. Am joking, no one said that ever, well except my mom (laughs)

So I started in this little place called Regina Little Theater and than it went on from there I never stopped. And by looking back I can say that from guy from was born in a small provincial town in Ukraine I did pretty well! I just recently was shooting with Danny Trejo for Untitled Project (as of March 4th, 2020) where he was so mad at me he had to push me out, hahaha that was scene, in real life he is great! Very hard working man by the way! Love him! Quote “Machete kills”.

I also do stand up and funny enough one guy so me do it and offered me job on his project as writer! Can you believe that?

You are going to come to my next show, right? – laughs.

We’re always bombarded by how great it is to pursue your passion, etc – but we’ve spoken with enough people to know that it’s not always easy. Overall, would you say things have been easy for you?
Wow, did anyone ever answered yes to that?

So many…man…so in the beginning its funny now, I mean it was funny then but not for me hahaha…so I would go auditions and then would tell me “please slate” (slate – is a slang in the film/tv industry) where you introduce yourself to the camera) – and I would be like what? So embarrassing!

Overall, you know acting is a business so that how I take it, You are your own CEO and you are own janitor. It’s a hard work, lots of no, no, no but then one day you hear yes and your up in the sky.

I remember when I got news from my agent that booked a role on Designated Survivor(TV series on ABC with Keifer Sutherland) I was jumping to the ceiling, I think people around me thought I was nuts!

But then there was this other time for a show (can’t say the name due to NDA) when I learned the whole new language – Chechen, I had a monologue in a language that I never heard people speak! Its a very rare language, Only 1,5mil people in the world speak so I went all the way – translated it – got native speakers to record correct pronunciation, spent a weekend learning it and then I got to the audition and to my surprise everyone who audition never bothered to do the same. So I was like cool(to myself, of course – I got this!)…day went by and hear from my manager that I didnt get it! Same time I learn from a friend that he got it but he never bothered learning Chechen! Can you imagine? How upset I was?! But then I was like ahhh…f….k….it! I figured if that how I am going to approach everything, I will get where I want to get in my life! And hey, now am here with you, soo… I was kinda right haha

We’d love to hear more about your work and what you are currently focused on. What else should we know?
Well, I guess my special treat is comedy and languages! So I speak English, Ukrainian, Russian and French. Thats four. Also, I try to make people laugh, you can tell, right?

But seriously, I think just working hard and learning everything I can like a sponge helped me a lot. When I look at scripts for acting parts, I also use my writer’s brain. When I write, I also use my actor’s brain so its kind cool to this and am very happy to just always do my best and see where it leads me. Plus I think with my background, where I come from not that many actors here in LA so thats my advantage, gives me a little advantage especially when it comes to parts that need Eastern Europeans!

Has luck played a meaningful role in your life and business?
I don’t know I mean, I believe hard work attracts luck, dont you?

I mean one can sit on the couch all day and complain or one can get up and work at it as best and as hard as one can! You feel me?

Thats what I try to do.

This one time I got lucky, I was lucky work on project called Eleftheromania with Academy Award-winning Olympia Dukakis and you know it was pure luck that I was able to be audition for the right people and the right time, it was in Toronto and was there visiting my friends and my agent called me and I rushed over to audition, probably had like couple hours to prep for it! But what a pleasure it was to work with very talented director David Antoniuk and very passionate producer Joanna Tsanis. My heart always warms up when I see true professionals following their passions! 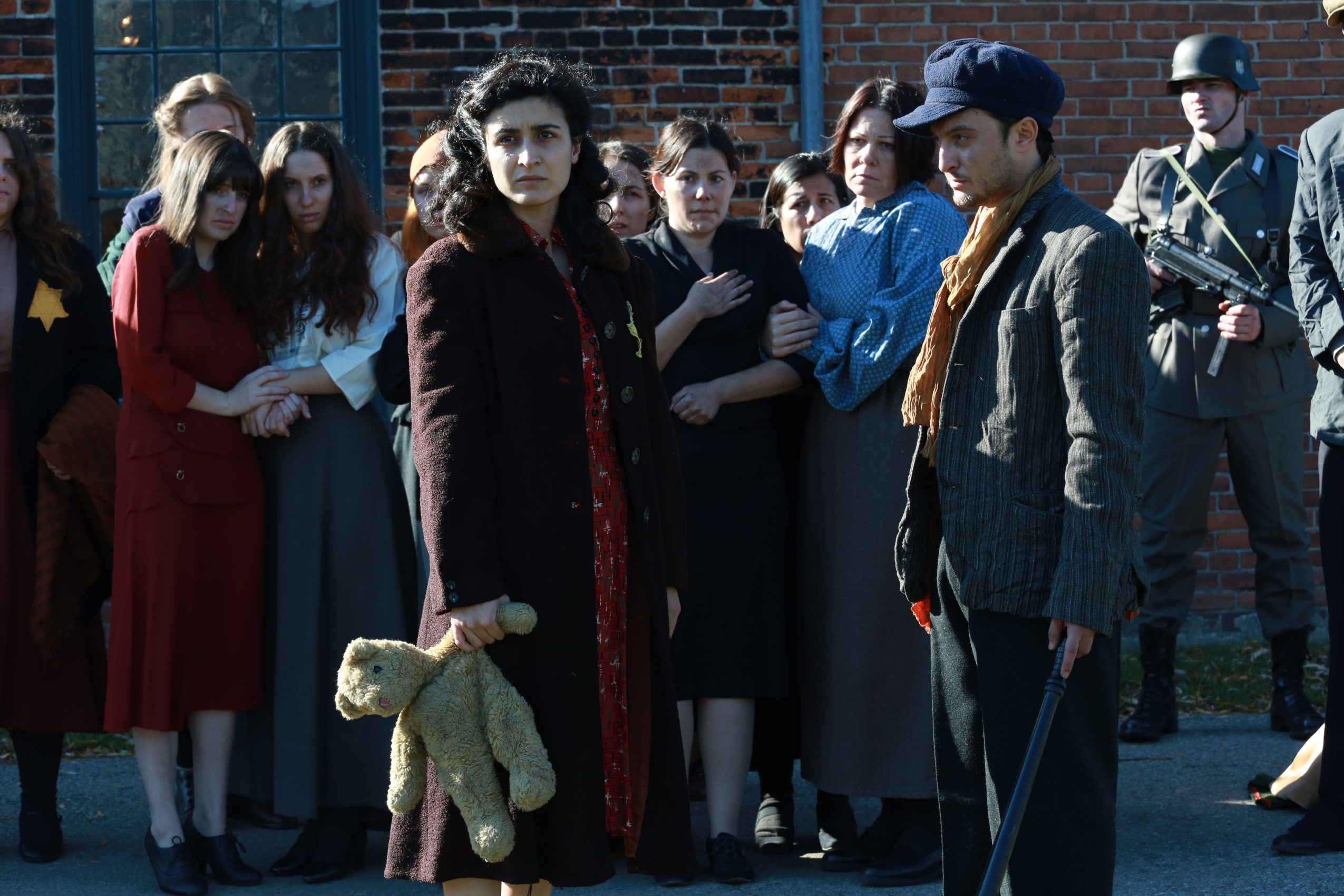 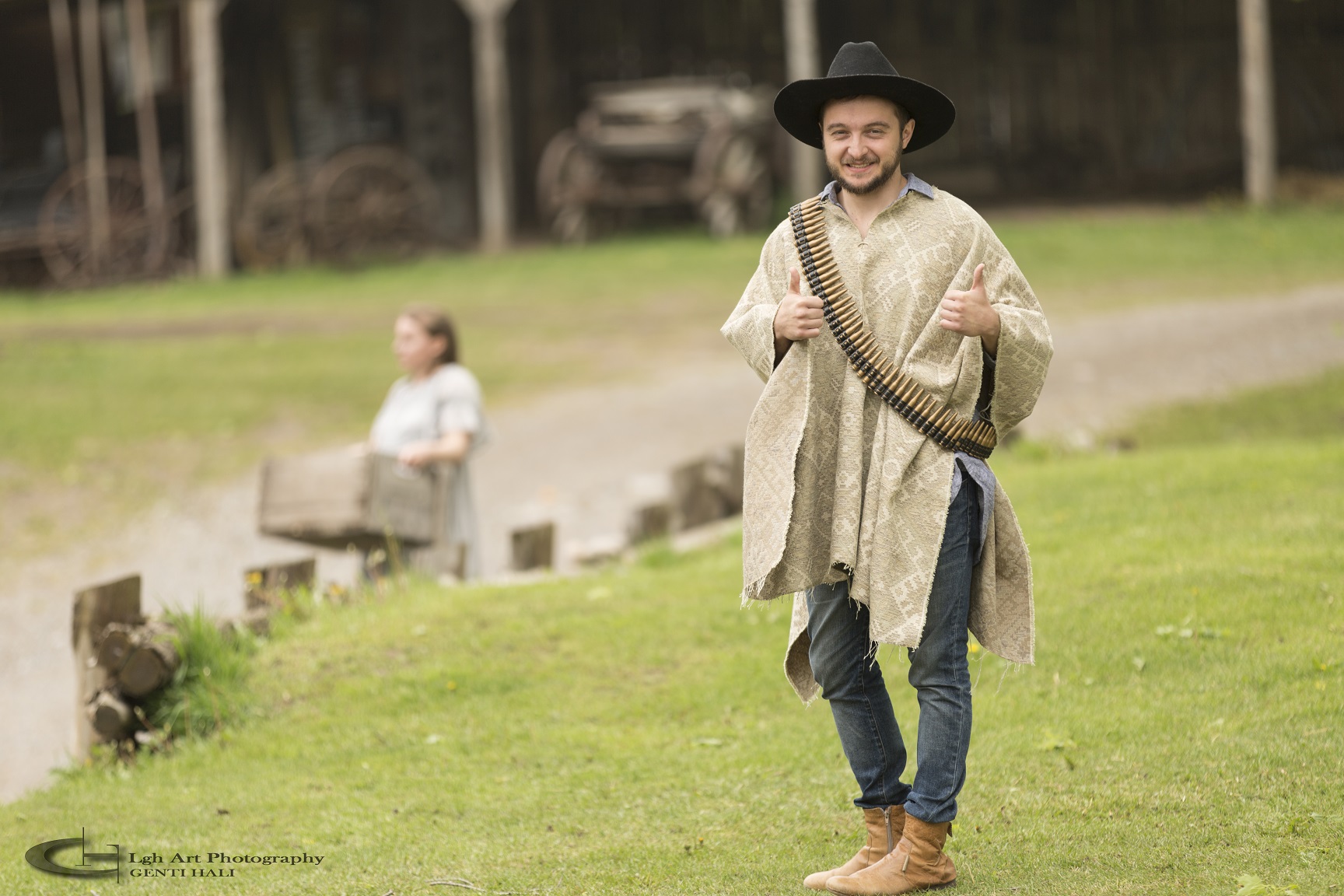 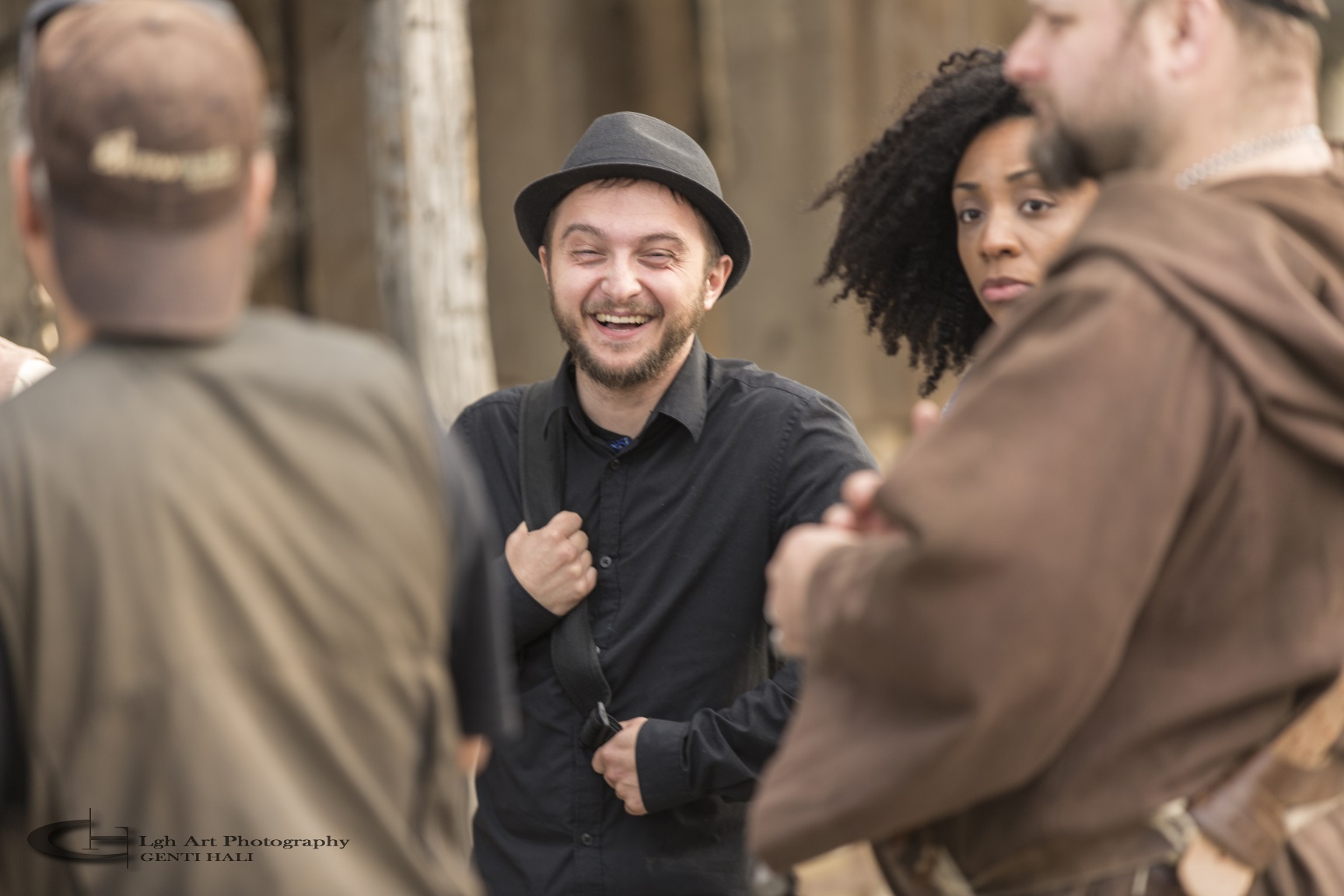 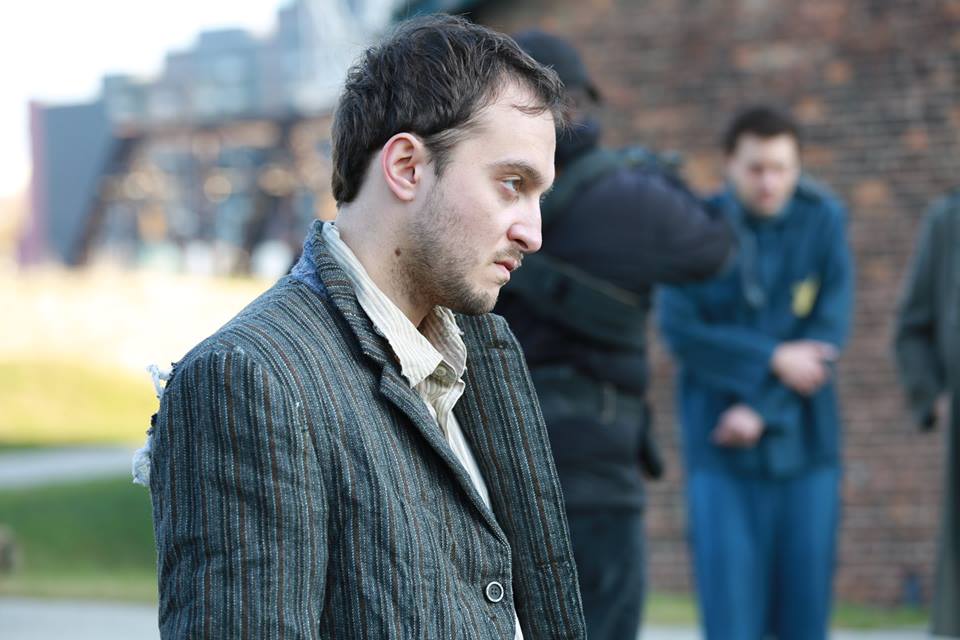 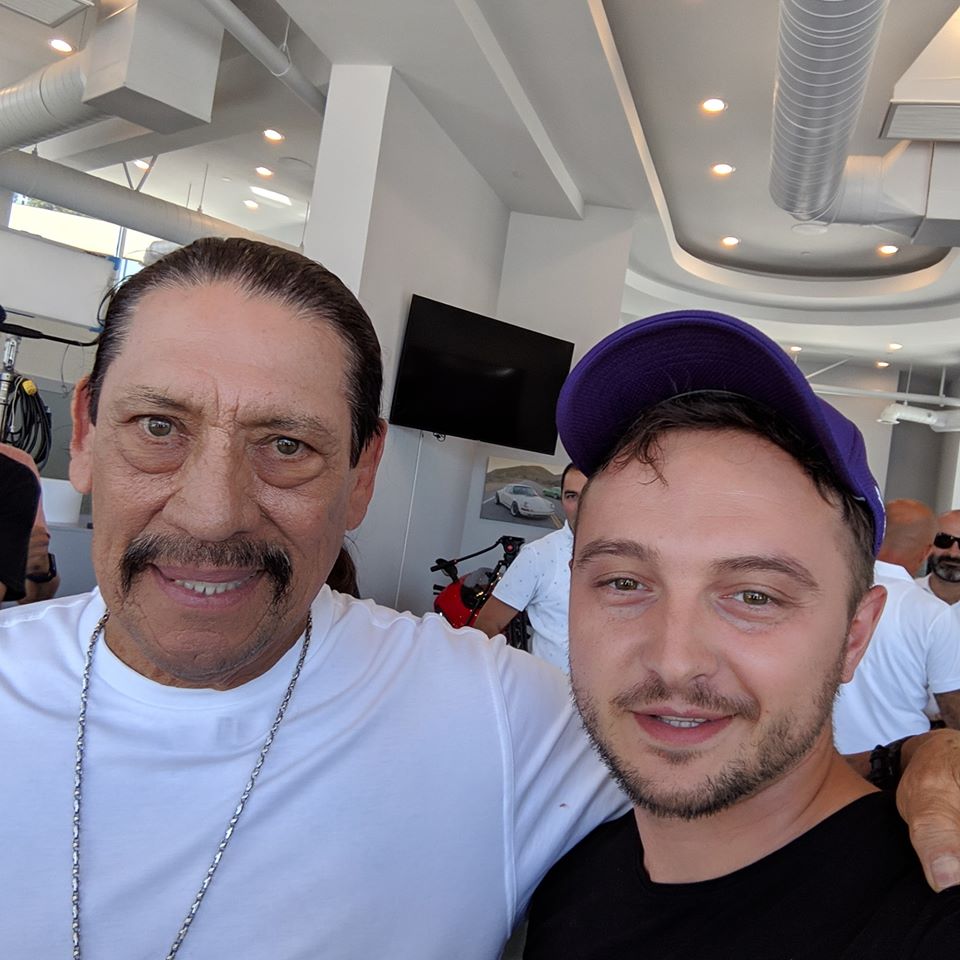 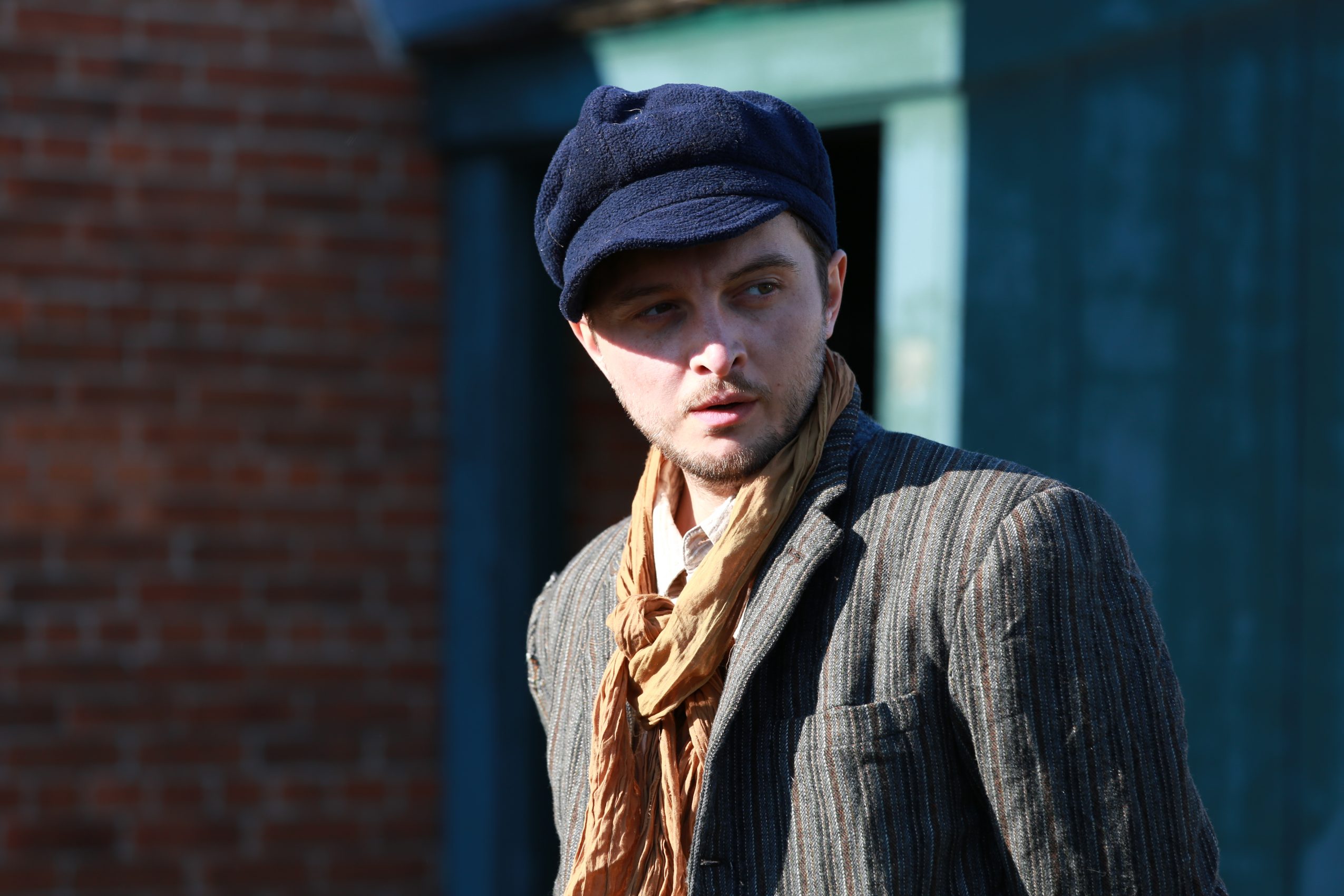