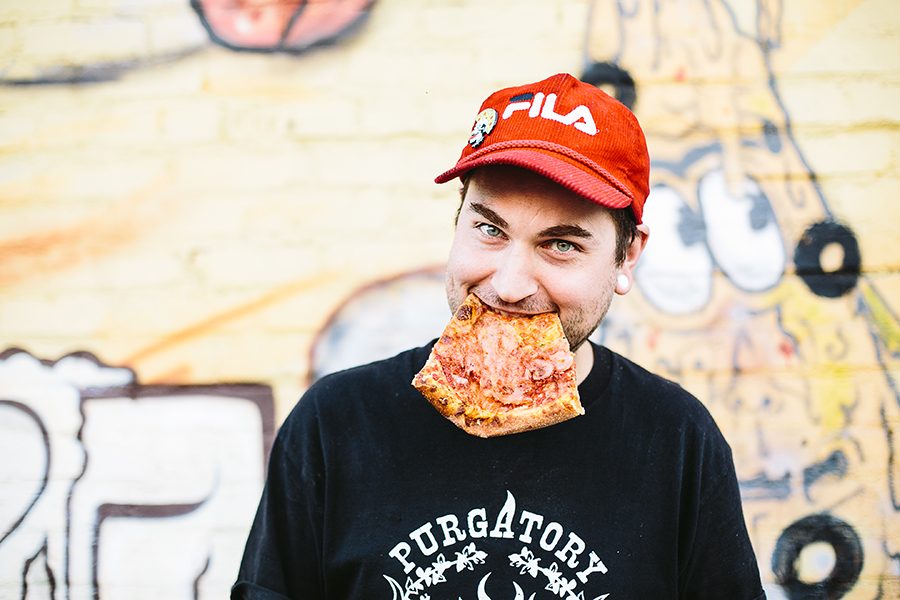 Today we’d like to introduce you to Alex Koons.

Alex, let’s start with your story. We’d love to hear how you got started and how the journey has been so far.
After eight years, I had just been fired from my management position at a very popular pizzeria in Los Angeles. I’m not one to wait around for unemployment in which case, I called a friend of mine that worked at Purgatory in hopes that he had a job opening for me. Two days later, I went back to my roots, delivering pizza.

Purgatory, caught between Downtown Los Angeles and Boyle Heights was rogue, ran by musicians that cared much more about their next show, rather than the next step for the restaurant. The schedule was a calendar you would write your name on if you wanted to work, or needed money that week. people would come and go, from tour to tour. As a musician I understood, but I also had a strong passion for pizza and I saw that this place could be incredible. Between its location, the growing surrounding neighborhoods, and potential of the kitchen space, it was all very exciting to me. Every time I came into work I’d think of what I could do to make the restaurant as a whole function at its highest potential.

Three months later, I was the General Manager and things started changing a lot faster. With the permission of the owner, Tad, I added menu items, worked on recipes, and experimented with different ingredients. Tad is a true renaissance man, his talent knows no bound. His ability to trust and see the best in people is something that doesn’t appear to exist these days. In other words, the restaurant was running itself, and it had for 8 years. I was interested however, in running with this restaurant.

Two years later and after new branding, countless menu changes, a lot of policy changes, and a full remodel (done by Tad himself), you have in my eyes, one of the most exciting work atmospheres, and best slices you can find in Los Angeles. As you can imagine, these improvements resulted in high volumes of business and naturally the Purgatory family has grown.

Present day, Tad and myself are in the process of a partnership agreement, which I couldn’t be more excited about. It’s funny how one of the worst things that ever happen to me turned out becoming a dream I couldn’t have imagined without it.

Great, so let’s dig a little deeper into the story – has it been an easy path overall and if not, what were the challenges you’ve had to overcome?
There has been many obstacles to overcome. In work, and personally. I think self-doubt is the hardest thing to overcome. It’s really easy to tell yourself something is too hard, or you’re not talented enough to accomplish a goal. I’ve learned to stay out of my head, failures have always taught me more than my successes. Whether a failed food item, employee, or girlfriend they all effect the path. Pain is the one thing that helps prevent us from making the same mistake twice. I am very grateful for all the struggles and failures because they have helped make it that much easier to get up, dust myself off, and try the next thing.

Purgatory Pizza – what should we know? What do you guys do best? What sets you apart from the competition?
We specialize in crafting some of the tastiest pizza, subs, and salads DTLA has to offer, alongside a large section of our menu dedicated to Vegan diets. We pride ourselves on fresh ingredients, our hand tossed dough proofed for 24 hours, and the best cheeses, whether vegan or not. We want the best, to be the best.

Our staff is also very important in making the food as fun, and as colorful as they all are themselves. Purgatory is not only an in between of DTLA and Boyle Heights, its in a sense an in between for a lot of our staff who are musicians, artists, skaters, or are just working on figuring out what they want outside of Pizza. It’s an environment that in its roots is still the same, a place to cultivate creativity, capture that in our food, the workplace, our attitudes, and spread it throughout our community.

What moment in your career do you look back most fondly on?
Watching the success of Purgatory in the last 2 years has been very fulfilling. Knowing that I had such a huge roll in a restaurants turn around has given me a lot of confidence in many ways. Its continuous growth makes me proud everyday.