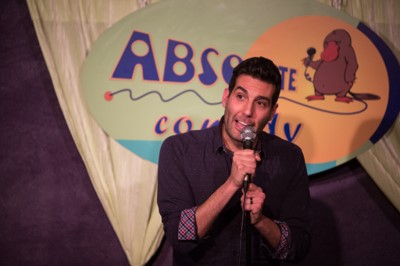 Thanks for sharing your story with us Alex. So, let’s start at the beginning and we can move on from there.
I’m originally from Toronto, Canada so while living in LA with my wife, I wasn’t able to work until I got my work visa. Wandering around Santa Monica, I stumbled on a really great comic book shop that was so big I thought “wow, they must do a comedy show here!” I walked in and asked one of the owners – Eddie – if they ever did comedy here and they said they used to hold a show, but it stopped a while ago. I mentioned to him I’m a comedian from Canada, I’ve produced shows there and would love to put something together here at Hi De Ho Comics. It didn’t hurt that I did it for free. He put me in touch with the co-owner Mauricio and we’ve been working together ever since. We just celebrated our four year anniversary in March, and we have had over 300 comedians on the show including Alonzo Bodden, Ali Wong, Dominic Dierkes, Mo Mandel, Michael Kosta, Jermaine Fowler, Todd Glass and many more. And of course, many great Canadian comedians living here in LA and around – Dave Merheje, Nathan MacIntosh, Debra Digiovanni, Ivan Decker and more.

It’s been really cool to have people that have done late night spots on TV, big festivals, a Netflix special, or something on Comedy Central. It’s such a weird and crazy city that a little comedy show can grow and grow and I’m lucky enough to have all types of comedians do the show.

Here’s how weird this city can get: I reached out to Michael Kosta because I’d seen him perform a few times and was a fan of his comedy. At that moment I reached out he said he was in New York for a thing but hopes to be back in time for my show. I email him the day of the show to check if he’s still available (and if he wasn’t that’s cool it happens.) He says he’s about to land and will head over right away — I found out that same day he got hired by the Daily Show and he still stopped by to do a set. It was really awesome, but just hit me how bizarre and fantastic LA can be sometimes.

The fun part about my show is that I have a really great audience that comes out each month to support the show, it’s like a little comedy family. They’ve been really supportive even when I finally decided to record a comedy album and they’d hear how my jokes would evolve from a little seed or idea to a “finished product” (whatever that means.)

Overall, has it been relatively smooth? If not, what were some of the struggles along the way?
Living in LA and doing comedy in this city is never a smooth road. Haha. It’s really great to be around so many creative people, but I think one of the struggles is getting enough stage time to work on your craft. One of the funny things that happens is when someone has a show they produce they get really funny on who can do it. I try to make my show as accessible as possible, or easy as possible to get on. They can ask and I’ll do my best to accommodate them. That’s not to say I can’t always get them on right away. I try to book my show a couple of months in advance (since as a parent my free time is almost non-existent). The funny thing is you could have someone on your show, but they won’t put you on theirs. It’s a little weird, but you just have to check your ego and move on. Some people give, some people take.

Another thing I struggle with is understanding how people get an agent or manager. But maybe I need to network more, or up my Instagram game. Yeah… get those ‘grams going #ijustfigureditout.

We just celebrated our four years doing the show. And on to our 50th show in April. I keep the room a friendly place for audience and comedians to enjoy. You can bring your own snacks and drinks so it’s really an awesome night out. One of the things I’m always working on is having my show be a place where comedians can drop in and surprise the audience. That’s what happened with Ali Wong and Todd Glass and others. It’s just such a great city when someone famous stops in and makes the night all the more special for the audience. Even if it means I don’t get to advertise that they are coming and have to keep it a secret, it works for the comedians dropping in and really blows away the audience.

Hi De Ho is such a great space and the owners are the best! We only ask for a donation and we give our prizes at the end of the show. It’s one of the many reasons we have so many loyal audience members!

If you had to go back in time and start over, would you have done anything differently?
If I could start over I don’t think I want to… in the last year, the show has been going really well, with great comedians reaching out to be on, as well I just recorded a comedy album and I got a good life here in LA with my family.

I think if I DID have to do anything differently it was work on a comedy album sooner. It was a really awesome process and experience. And it wasn’t always great… but I did learn a lot and improved a lot as a comedian.

If I could give any piece of advice to younger comedians (once with a few years under their belt so they have the material) is you should set a goal of recording an album and give yourself a year (or 6 months, you wild animal you) and set smaller achievable goals to meet towards that big goal of the recording. You’ll improve as a comedian, then you burn the material so you have to write more. It forces you to keep writing and thinking about how it all fits together. In the end, you have something you created and some momentum to keep moving forward.

In the end, know it’s for you. You achieved something great. You made something in this world, for this world. 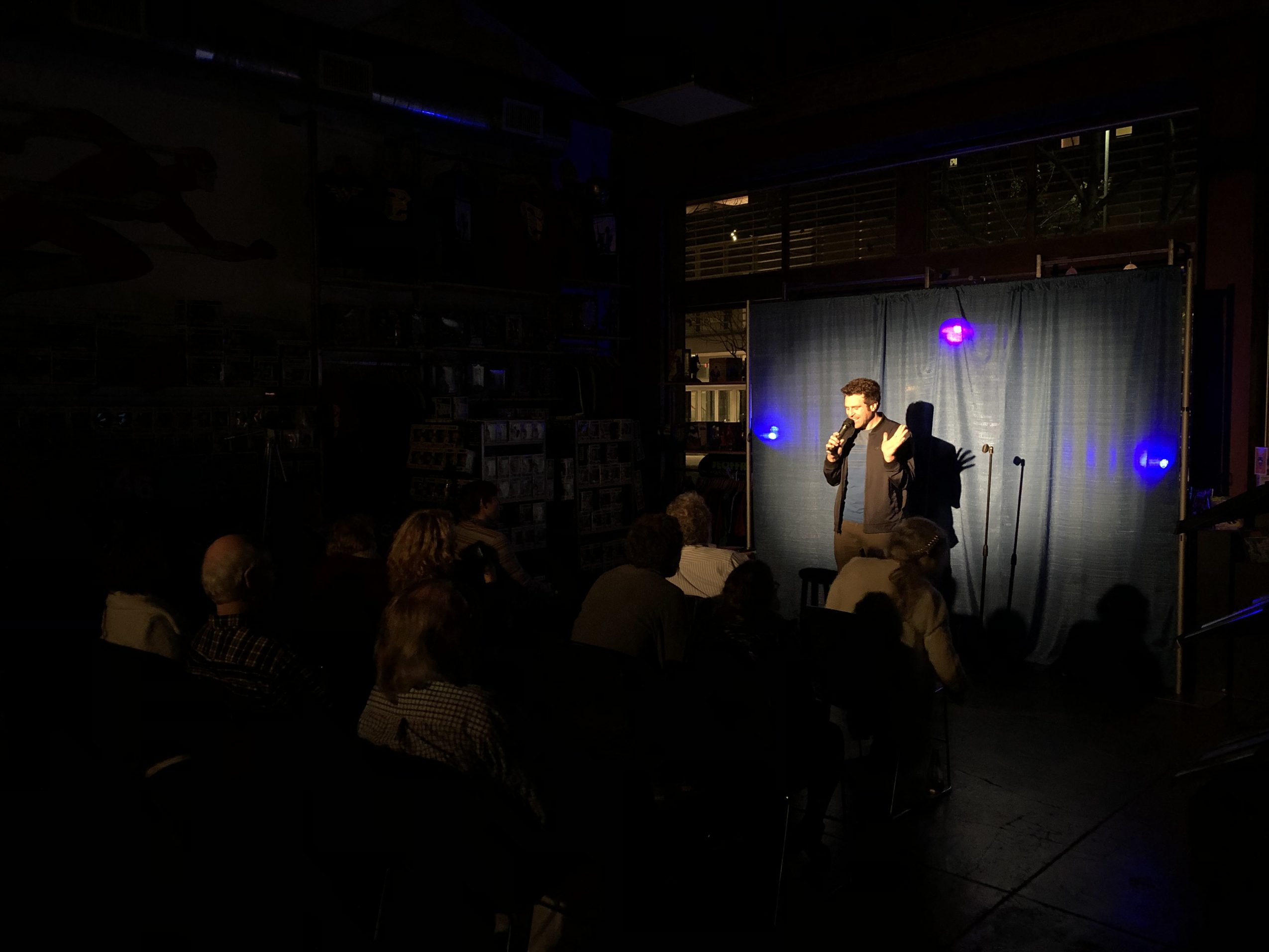 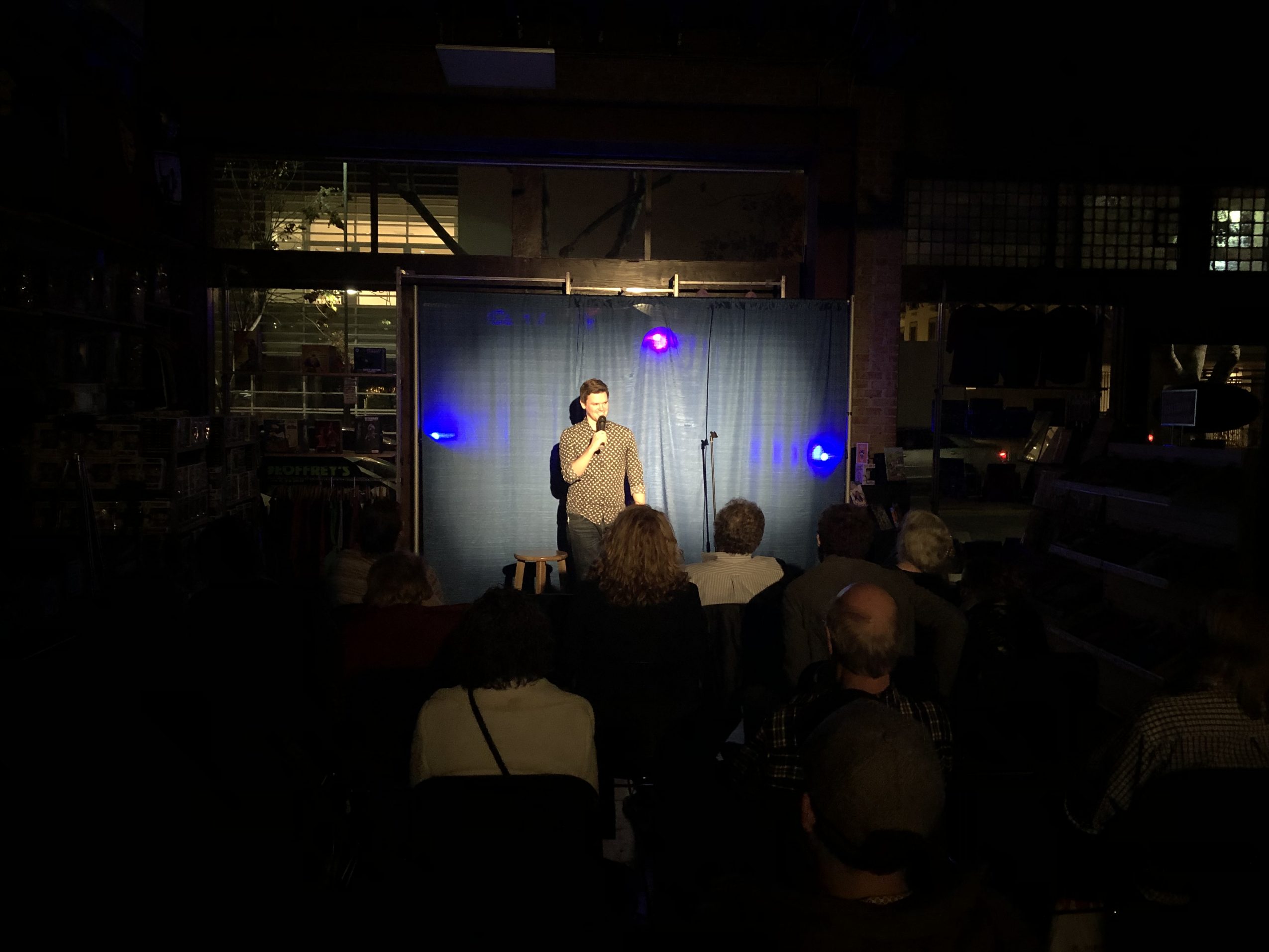 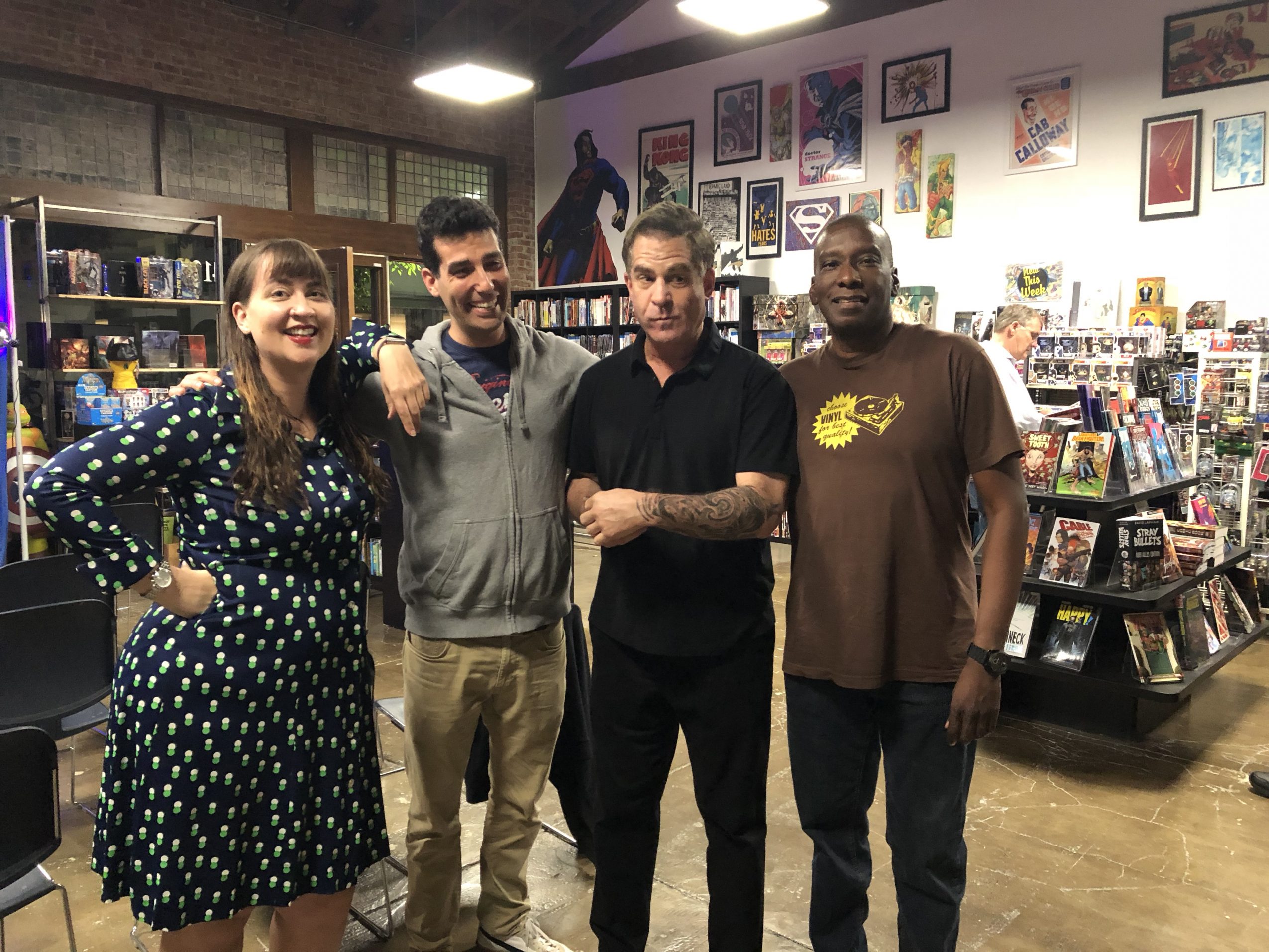 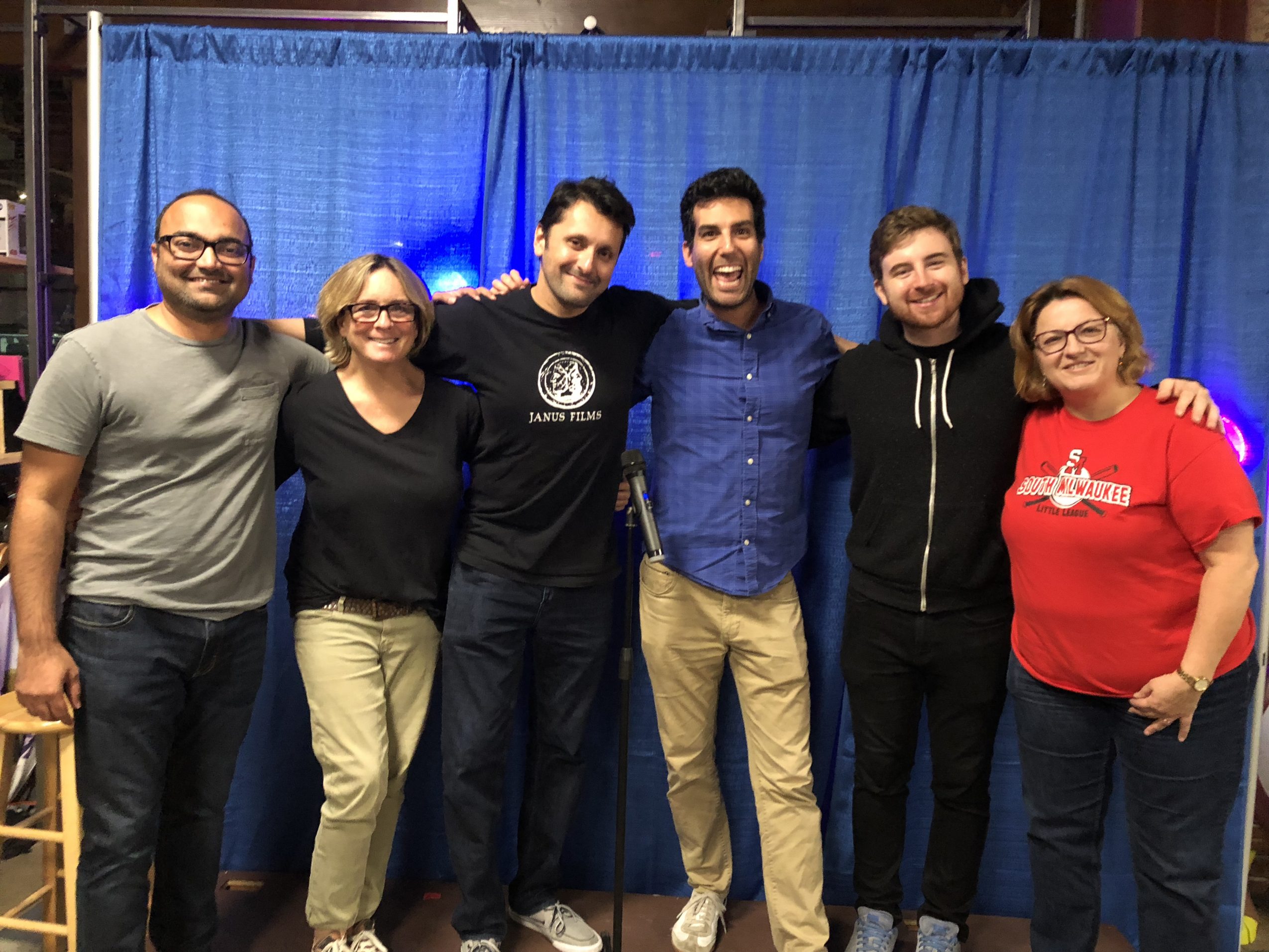 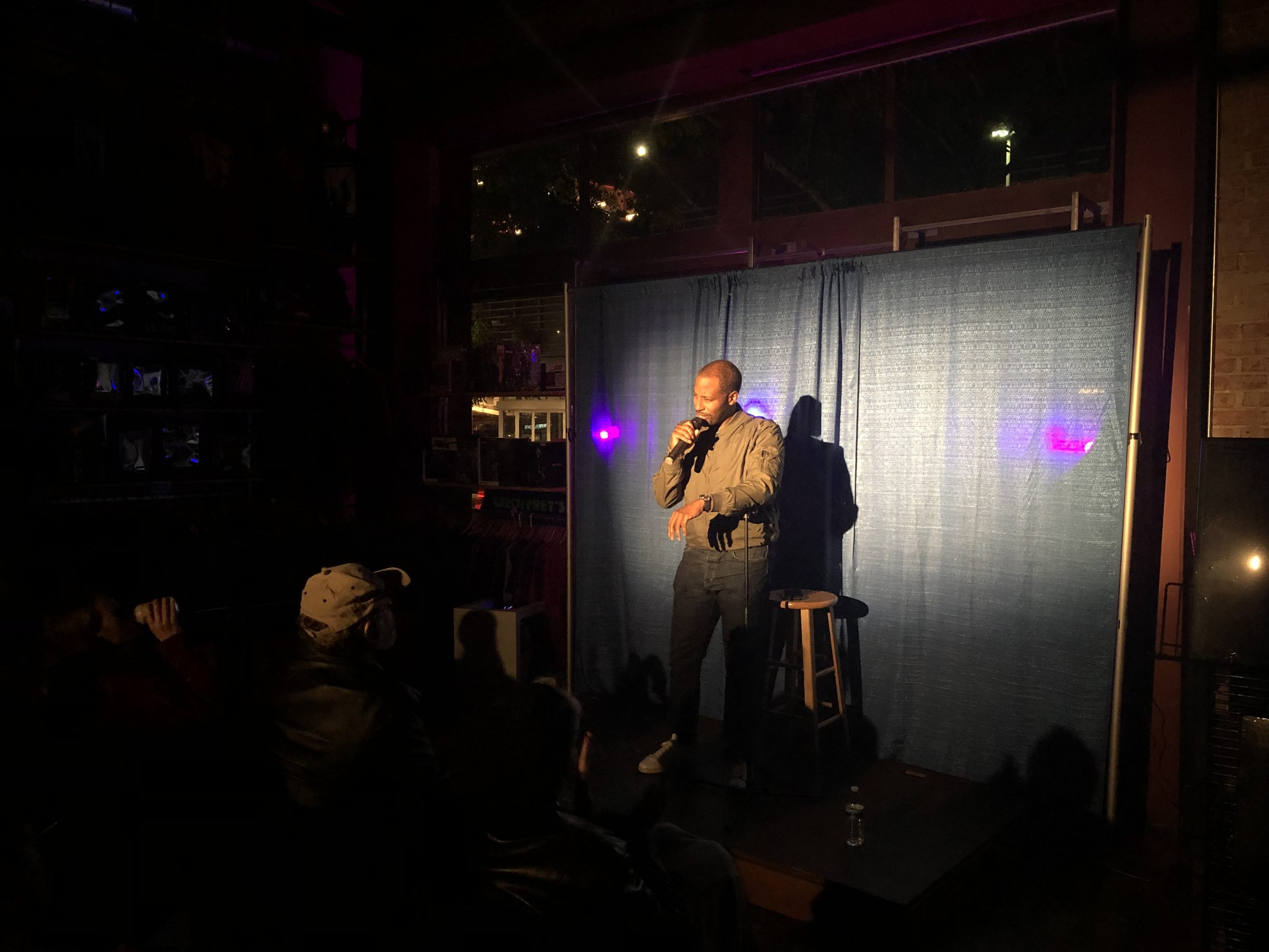 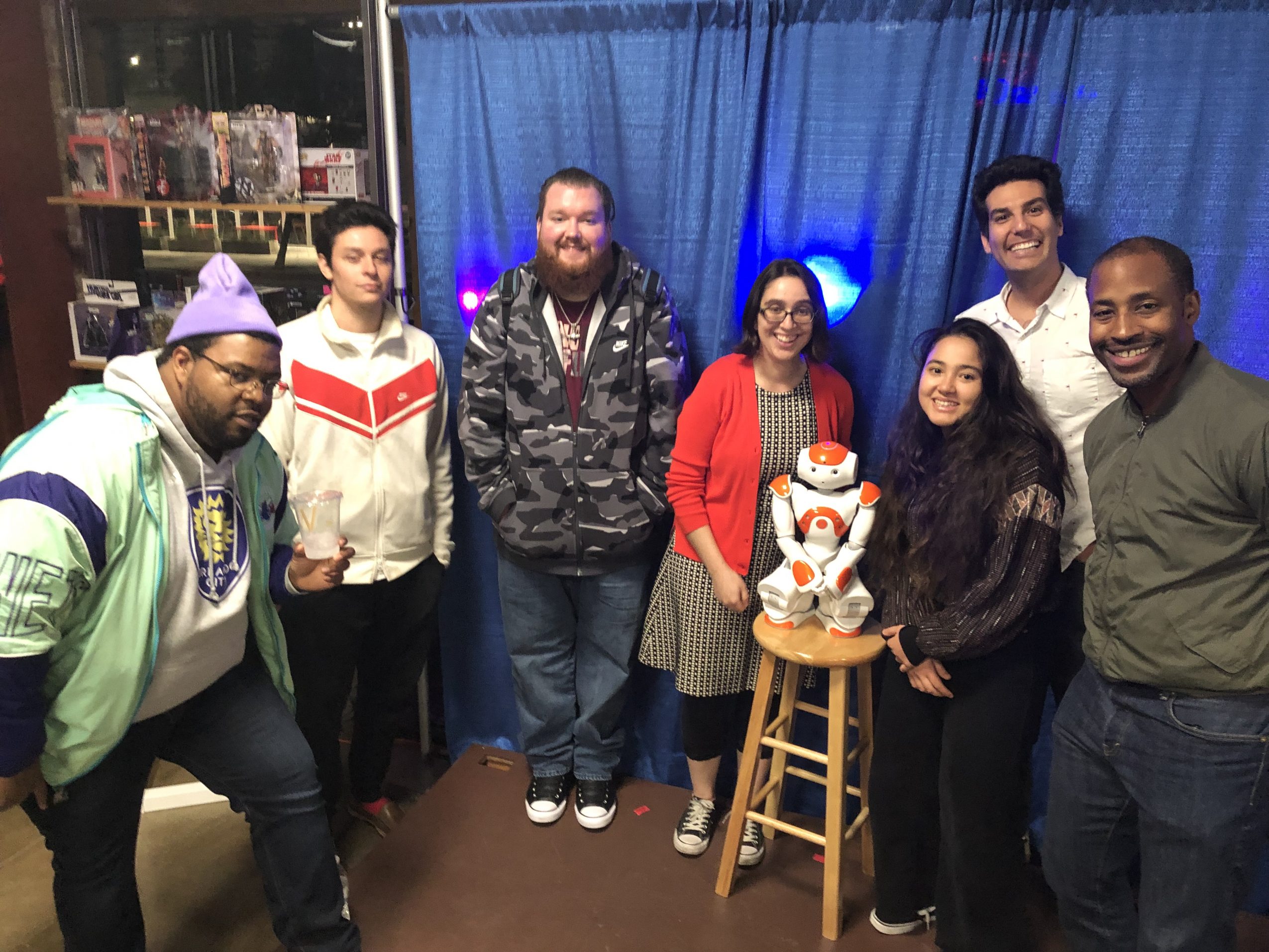