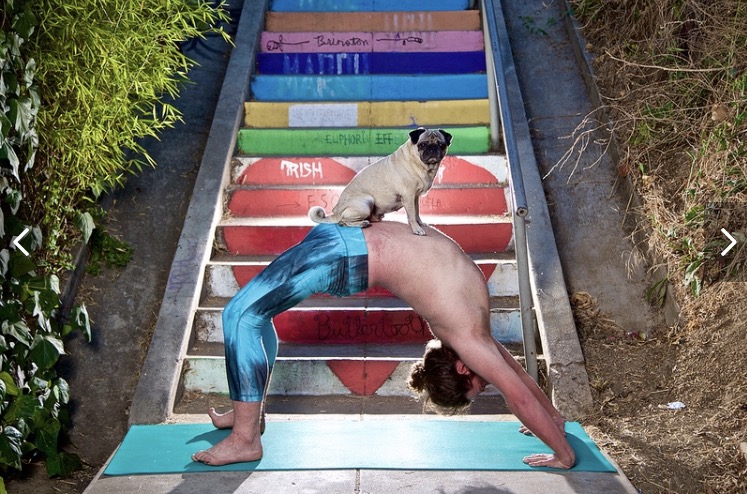 Today we’d like to introduce you to Alex Hooper. Him and his team share his story with us below.

Please kick things off for us with some background on Alex’s story.
For the past ten years, Alex Hooper has been knocking down every wall of the comedy world. Born and bred in Baltimore, Maryland, he has a resilience that comes with being from a cold, gritty, East Coast city.

Grinding his way through open mics, people began to take notice of his wild hair and eccentric style. He quickly moved through the ranks and became a regular on some of LA’s hottest shows such as The Meltdown, Roast Battle, and Put Your Hands Together.

By combining his love of pugs, music festivals, furry shiny clothing, he developed a persona that combined love and silliness with edgy, dark comedy. In the past couple of years, he has toured all over the country and four continents, picking up amazing humans everywhere he goes and adding them to his list of friends and fans.

He’s also an avid slackliner, combining his love of odd activities, mental stability, and core strength. Catch him balancing at a park or beach near you.

Alex Hooper is a stand-up comedian, actor and professional roaster. He delights crowds by blending dark humor with silly positivity. His joke writing is clever and fearless. Onstage he bursts with energy. Alex shines just like his sparkly wardrobe. He’s headlined clubs all over the world. And whether it’s an audience of 11 or 11,000, Alex leaves comedy goers begging for more. Alex is best known as the America’s Got Talent comedian who infamously roasted the judging panel. He’s the only contestant ever to get a “yes” from Simon Cowell and a “no” from the rest of the judges. His AGT performance has over 60 million total online views.

As part of his never-ending quest to spread love and joy, Alex releases a weekly podcast-Achilles’ Heel. This podcast pushes guests outside their comfort zone. Alex tackles tough topics like social anxiety and sex addiction with humor and grace.

In 2018, Alex released his debut comedy album through ASpecialThing Records, Hugs. Drugs. Pugs. It hit #1 on Amazon and #3 on Itunes best-selling comedy charts.

To say Alex is a serious pug lover is an understatement. For 2018 he created the Pug Yoga Calendar to raise awareness for Pug Nation LA. Ellen Degeneres spotlighted the sold-out Pug Yoga Calendar on the Ellen Show.

Alex is also the creator of CRAVE- an immersive comedy and dance party experience.

Funny or Die named him one of the 15 Funniest Comics to Follow.

We’re always bombarded by how great it is to pursue your passion, etc – but we’ve spoken with enough people to know that it’s not always easy. Overall, would you say things have been easy for you?
Comedy is never easy and if anyone ever tells you it is, I guarantee you they are terrible.

When I first moved to LA, I had some success right off the bat. In my second year, I booked a Super Bowl commercial and guest star on a sitcom on the same day. I thought that was it. I had made it. I didn’t book another TV job for four years while going on countless auditions. Every one hurt more than the last.

I’ve been turned down for showcases that I felt I was ready for. I’ve bombed more times than I count. But that’s part of it. If you’re going to succeed in any fashion, its all about getting kicked in the face. Celebrating wins is easy. How do you handle failure and rejection? That’s the true test of character that will determine how far up the ladder you can climb.

What else should we know? What sets you apart from others?
What truly sets me apart if my attitude. Most comedians are cynical and bitter towards the world but I am overwhelmingly positive. I wear what I want to even if others find it weird and unusual. I am filled with energy and when I hit the stage, I give it everything I have. I can go anywhere in a lineup and make the show better.

I’m not afraid to combine elements of my life to create artistic experiences. Since I love music festivals and comedy, I created CRAVE. We start with a themed comedy show that combines a one-act play with stand up. After that the real party begins with DJ’s, live music, fire spinners, live painting, and all kinds of other weird shit.

In 2018, I created the Pug Yoga calendar. 12 shots of my rescued Korean pug, Kimchi, and I doing poses all over the city of Los Angeles. We sold out of our run and it was featured on the Ellen show.

I am unapologetic about being myself. I was on Season 13 of America’s Got Talent where I roasted the judges as they buzzed me one by one. The clip instantly went viral and has now logged over 60 million online views. It was just another way of showing the world that I’m fearless, unique, and most of all, fun.

What were you like growing up?
Growing up, I was a monster. I had severe depression and anger issues. In short, I hated myself. I felt the world was against me and therefore, my goal was to make everyone in it as miserable as I was. While I was funny, I wasn’t happy.

I had terrible eczema that caused my skin to be constantly covered in a rash. I was hospitalized multiple times and always in a state of discomfort and pain.

I lashed out at my parents and family, refused to do school work, and basically rebelled in any way I could.

Obviously at the time, I didn’t know any better, but looking back I am ashamed of my behavior and the way I treated others, especially the ones who loved me most. 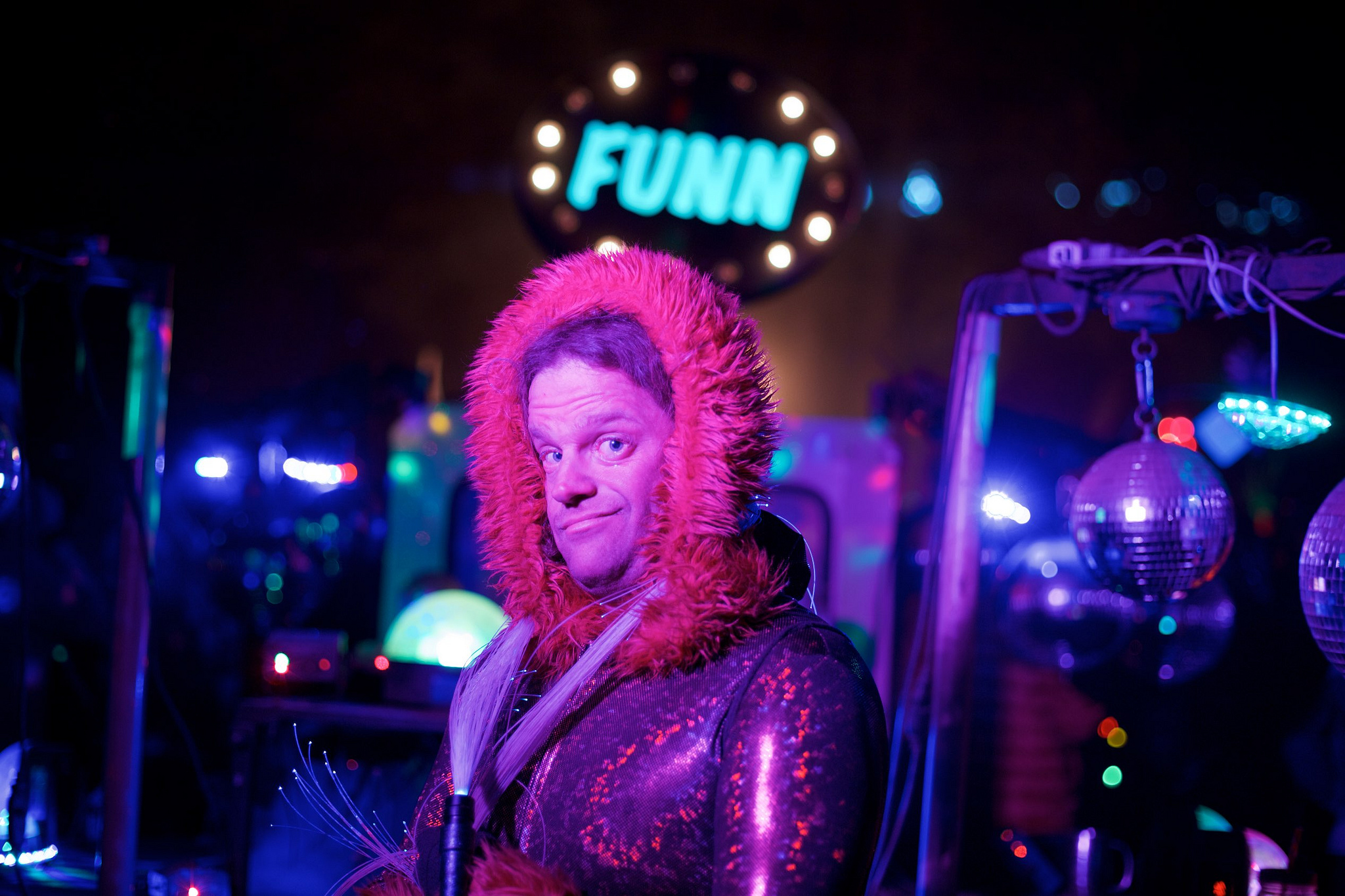 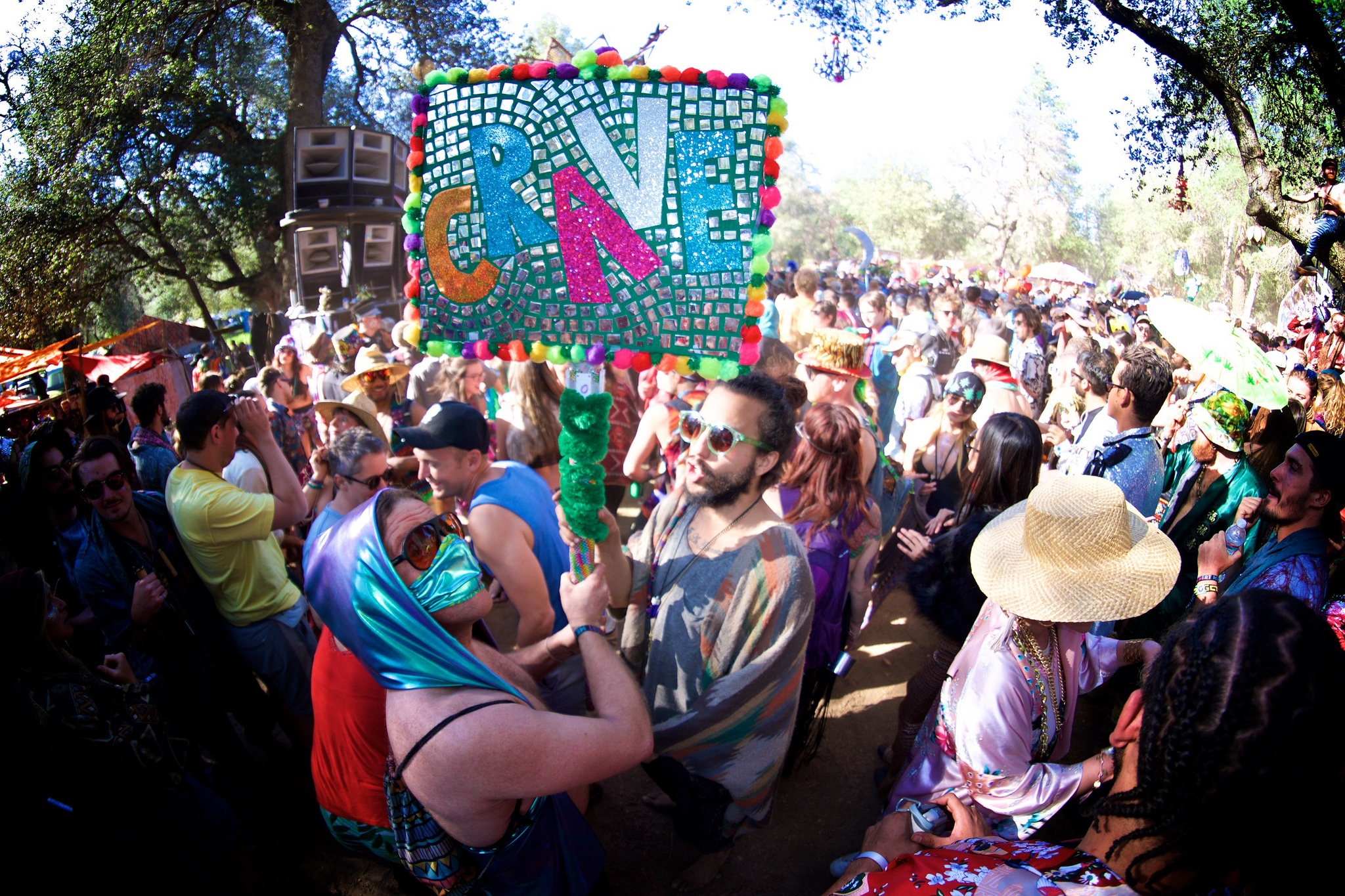 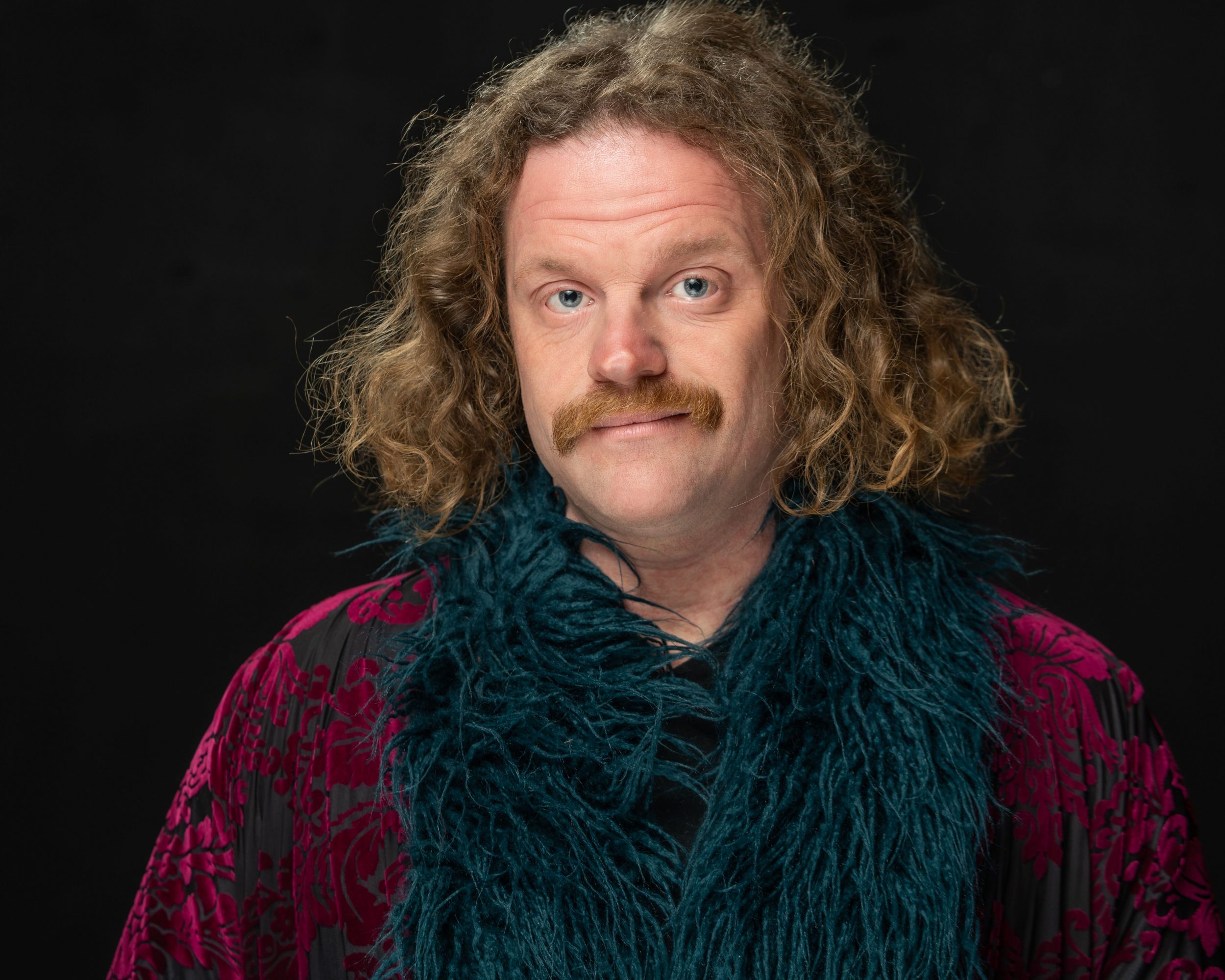 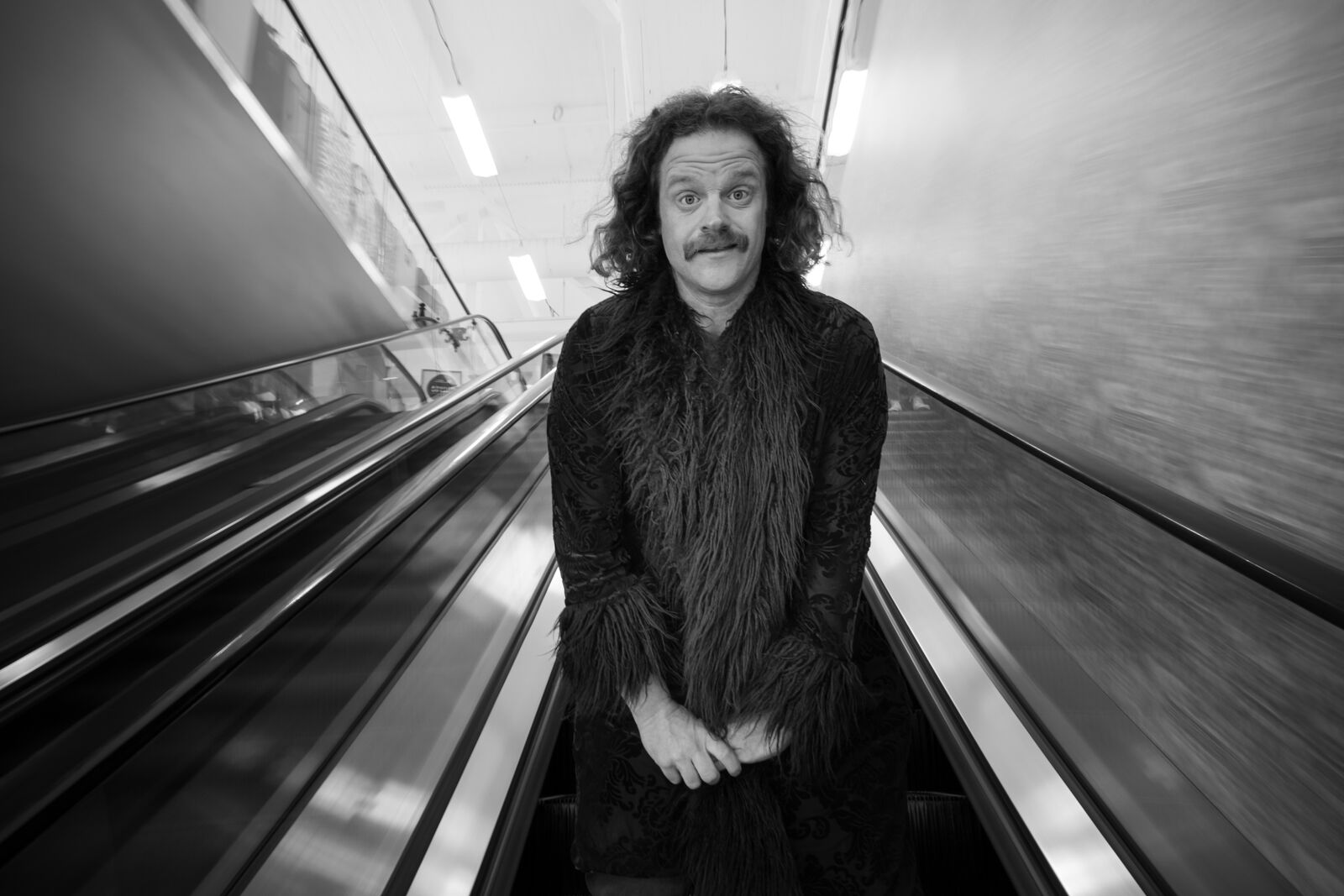 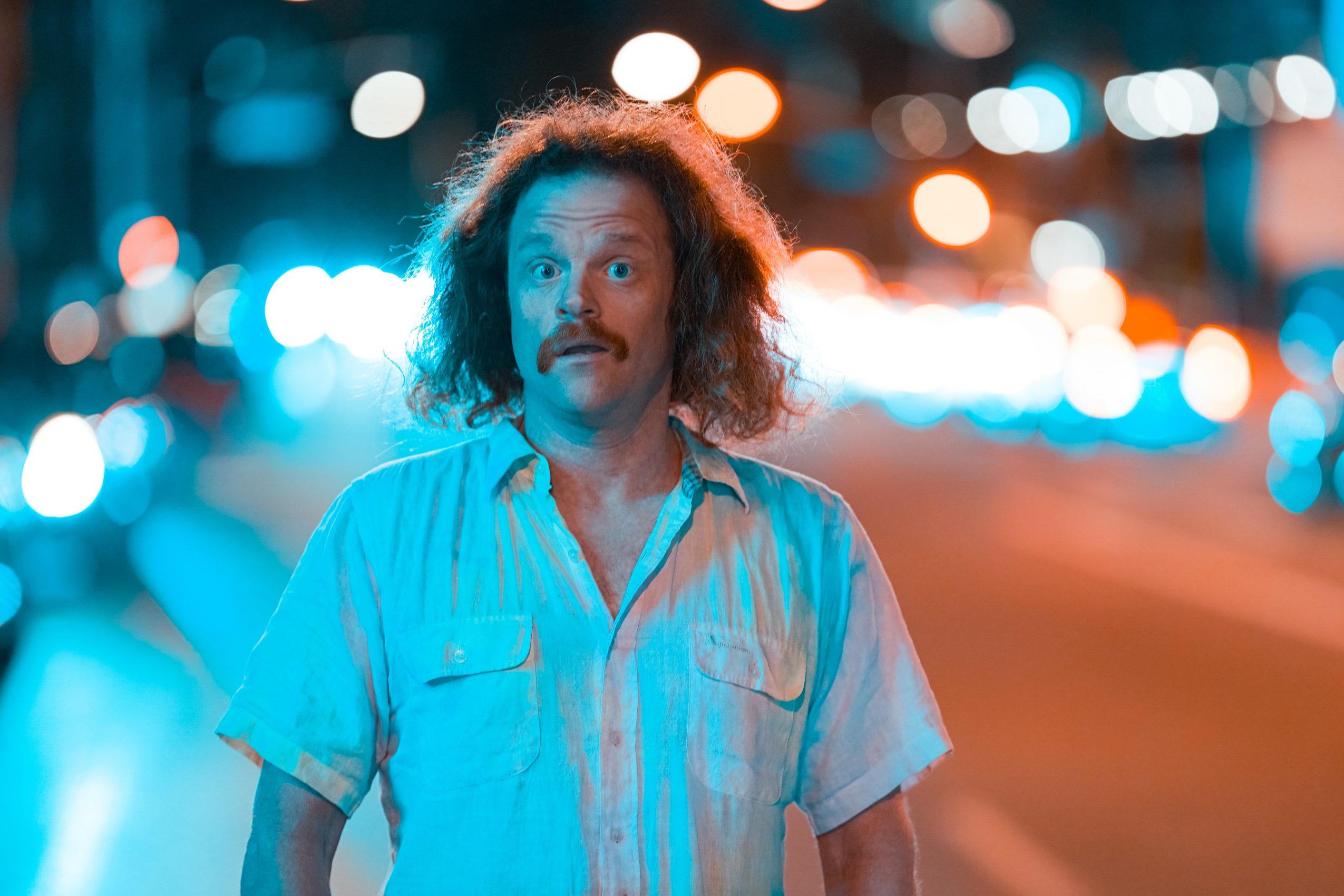 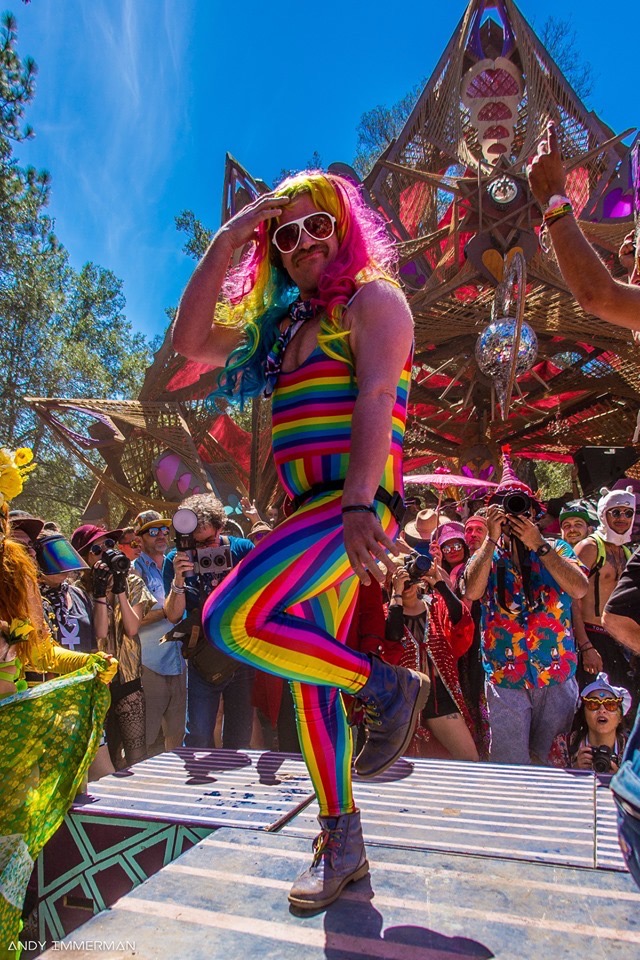 Image Credit:
Troy Conrad took all of these except the one of me in the rainbow outfit.