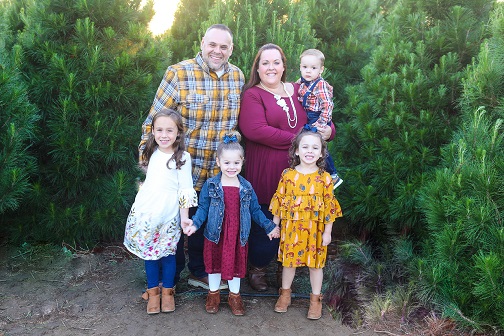 Today we’d like to introduce you to Alex Deligiannis.

Alex, can you briefly walk us through your story – how you started and how you got to where you are today.
If we’re going back to the start, I give it up to my dad. He had five boys, of which I’m the oldest, and he raised us primarily on his own. He was a teacher, and how he made it all work is still a mystery to me, except that he sacrificed a lot. Everything he did was in service of giving his kids the best life he could. I leaned heavily into art early on, from music to making stuff out of cardboard to drawing and painting, and he always supported it however he could. On any given Saturday morning, we’d drive down Tustin Ave. and slide into Aaron Bros or Standard Brands, and he’d browse the store while I searched for some new pens, airbrush paints, pastels, or whatever. I’d show him what I found, and he’d always say, “get them.” On Sundays after church (he was also a minister), he’d drive us to Freedonia Funnyworks, a comic shop in Orange, and wait in the car, sometimes for an hour or more, while we looked around. We’d come out of the shop, walk over to his window, and he’d have a couple of bucks ready and waiting for each of us (mine always went to Ninja Turtles).

Those comic shop trips were big for me; I fell in love with comic books, and for better or worse, the idea of drawing them started becoming my focus. I graduated high school and went on to attend Cal State Fullerton, mainly because it was only minutes from our home in Anaheim. I waffled a bit as an Illustration major at first because they didn’t offer anything in the way of comics courses yet, but as it turned out, they did have an animation program that was just beginning to come together. After some thought, I decided to forego my dream of making it on Wizard magazine’s Top 10 Hottest Comic Artists list, figuring that an animation studio job – if I was good enough to land one – would be a better bet in terms of the security I’d need to support a future family. So I switched my major over to Animation just as my younger brother Emmanuel was coming in, and we went through the program together. We did all-nighters on the regular, making cartoons while also making great memories and life-long friends, and ultimately landing internships with Nickelodeon. They placed me on a short-lived show called The X’s in 2005, which led to a full-time PA job on SpongeBob, during which I tried to soak in what I could and sharpen my skills until I could cross over to the art side. That jump came in 2007.

Has it been a smooth road?
In terms of breaking in or making it or whatever you want to call it, it worked the way it’s supposed to work. You evaluate where you are with your craft versus where you need to be, and you put in the effort to close that gap. I hesitate to call that part a struggle because drawing really is what we used to do for fun. If you do something seriously for a length of time, you’ll most likely get better at it, especially if you enjoy it. The struggles, such as they are, came after breaking in because now the fun and the stuff you want to do takes a back seat to the job and the stuff you have to do. Animation is a fun job, but it’s still a job. And the stuff I want to do is still comics – specifically, my own comics. I have a forever-in-progress graphic novel that I’m doing with my brother. And I might wake up excited and energized and ready to destroy that next blank page with something awesome, but before I can do that, I’ve first got to spend a full day making stuff for someone else. So by the time I can sit down and touch pencil to paper for the thing I actually want to work on, I’m already 8 or 10 hours in the hole on creative energy. On top of that, I have a beautiful wife and four beautiful kids now, and the softball games and dance recitals come before any of this. So that work-life-passion balance, that is a struggle. The choice isn’t a struggle, though. The choice is easy. I’m ok with looking back and seeing some blank pages and unfinished projects along the way. I’m not ok with not having been a good husband and daddy.

We’d love to hear more about your work and what you are currently focused on. What else should we know?
I’m a designer for animation. Currently, I do Color Design for Warner Bros. Before that, I was at Nickelodeon, working on a dream job (Ninja Turtles). I’ve done a variety of work along the way, from character and concept design to comic books and trading cards (lots of Ninja Turtles), to music industry stuff. I spent a decade plus working with Tha Dogg Pound. I did everything from producing a documentary on Eazy-E to handing all the mixtape covers for Snoop, to mixing and editing tracks for Daz & Kurupt, and smaller side gigs for more people than I can even name anymore. My brother Emmanuel is a Surprising Director at Dreamworks, so animation is where we both spend most of our time. The two of us have been making comics and stories together since we were kids, and outside of our jobs, we work on our own projects together (like the aforementioned graphic novel). That’s proven to be a long game, so sometimes I do a little pop culture stuff on the side, custom pins, stickers, that kind of thing. That’s really just my way of justifying our booth at Comic-Con every year (and getting to draw more Ninja Turtles). 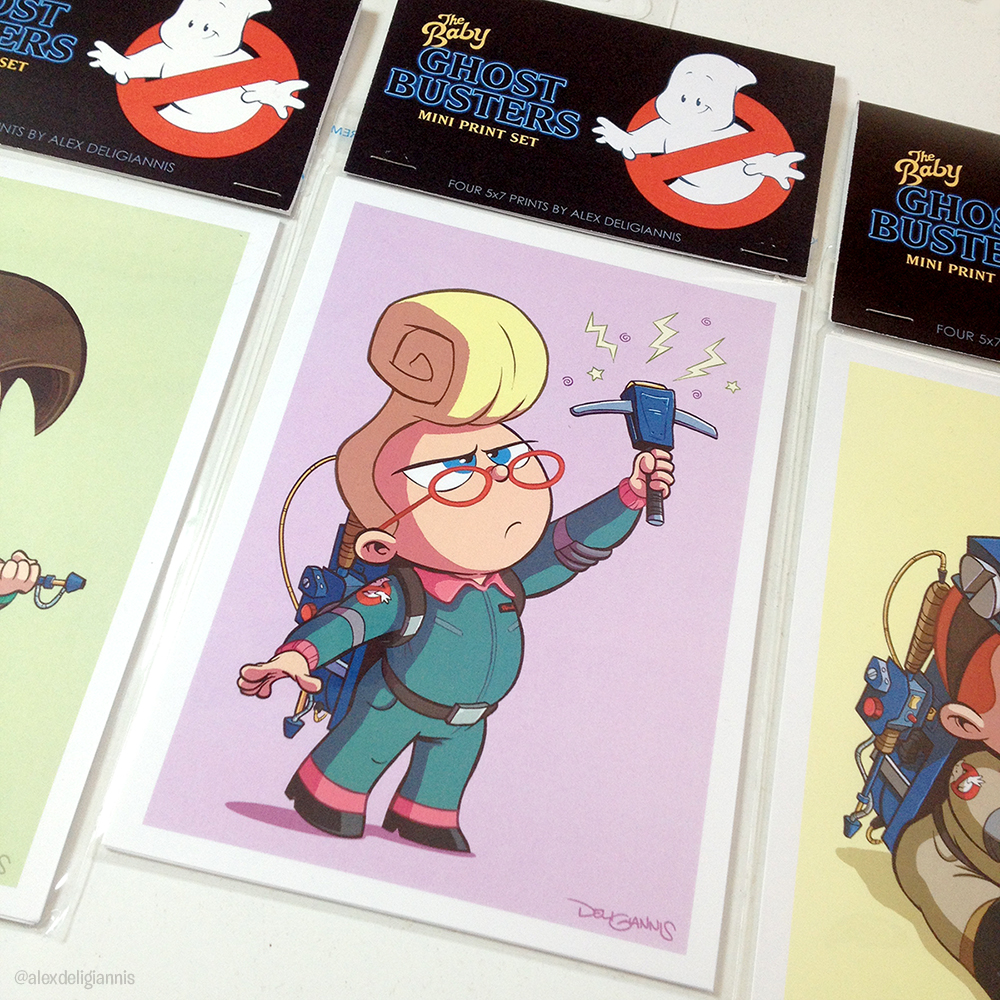 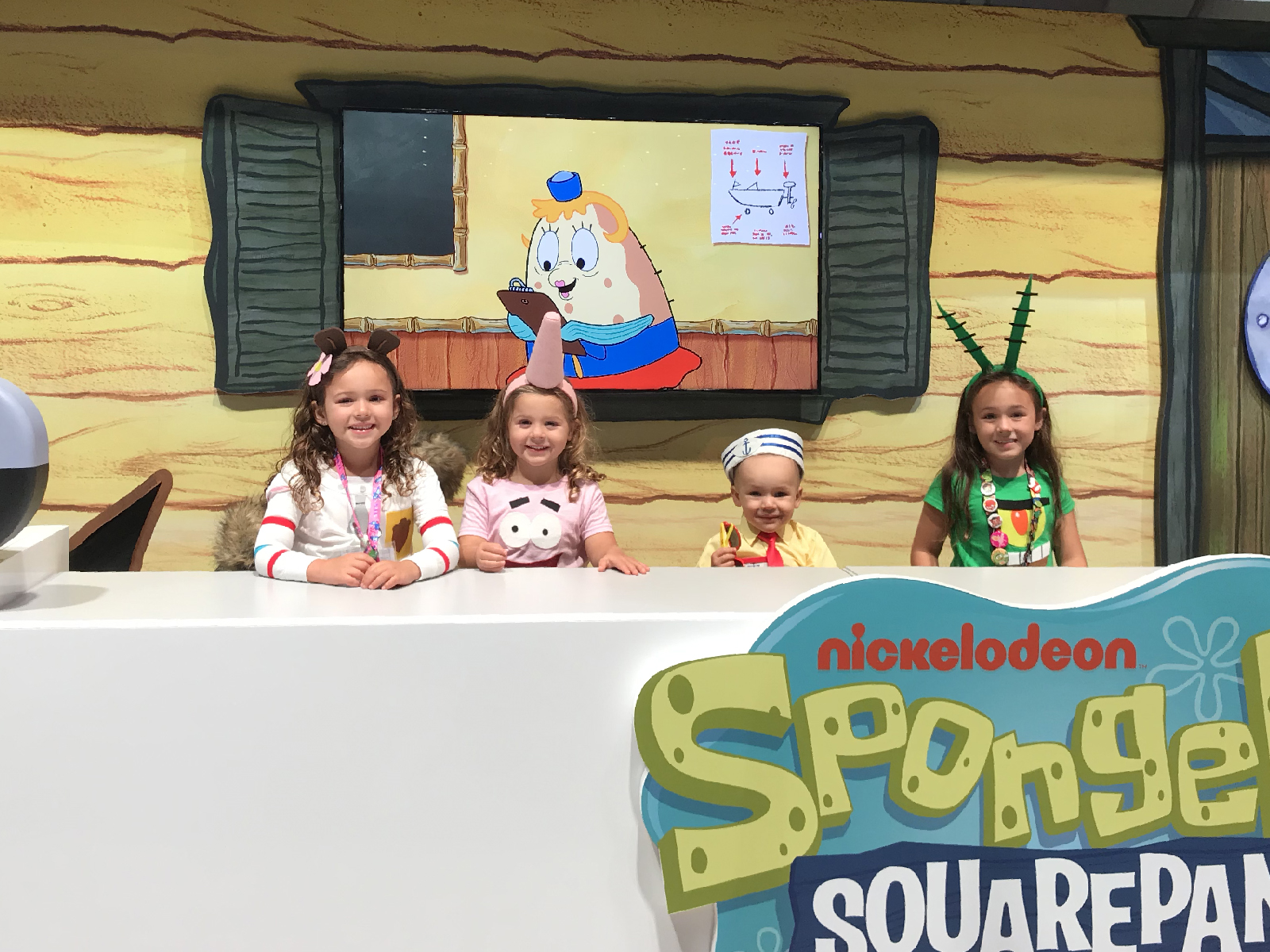 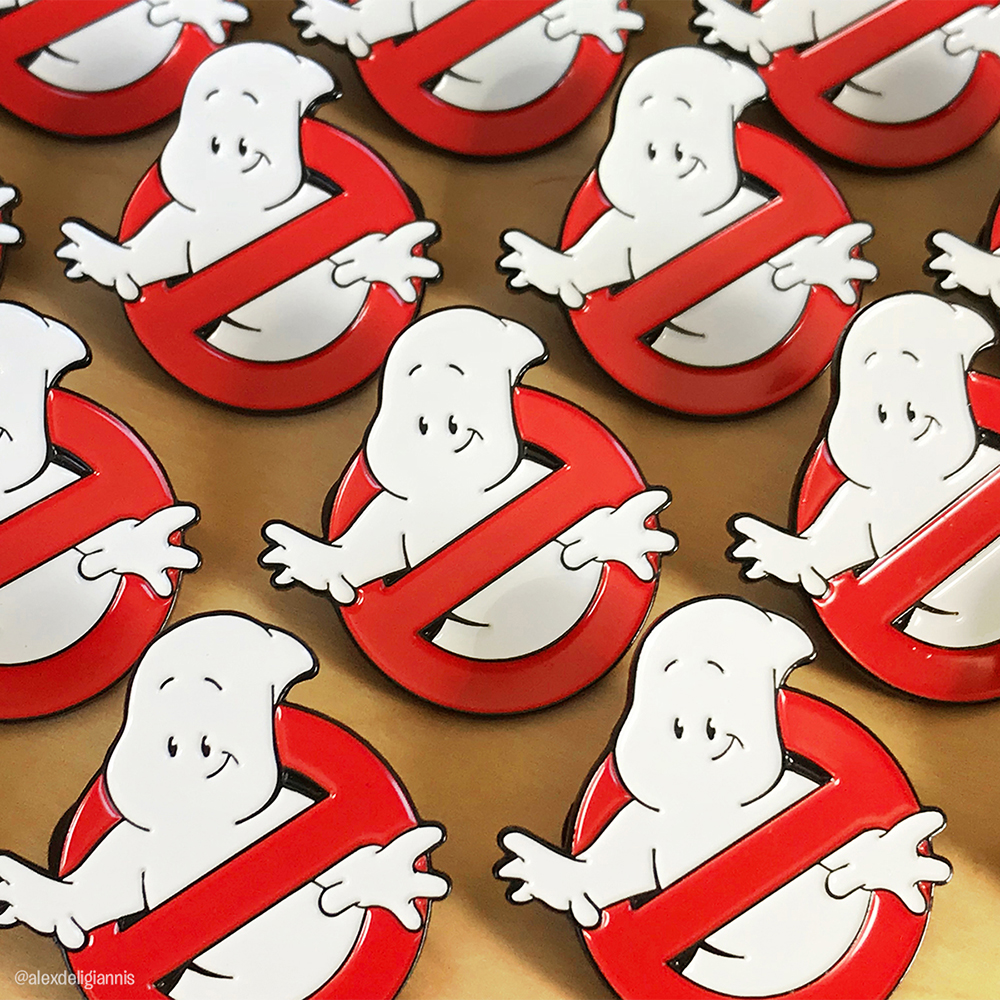 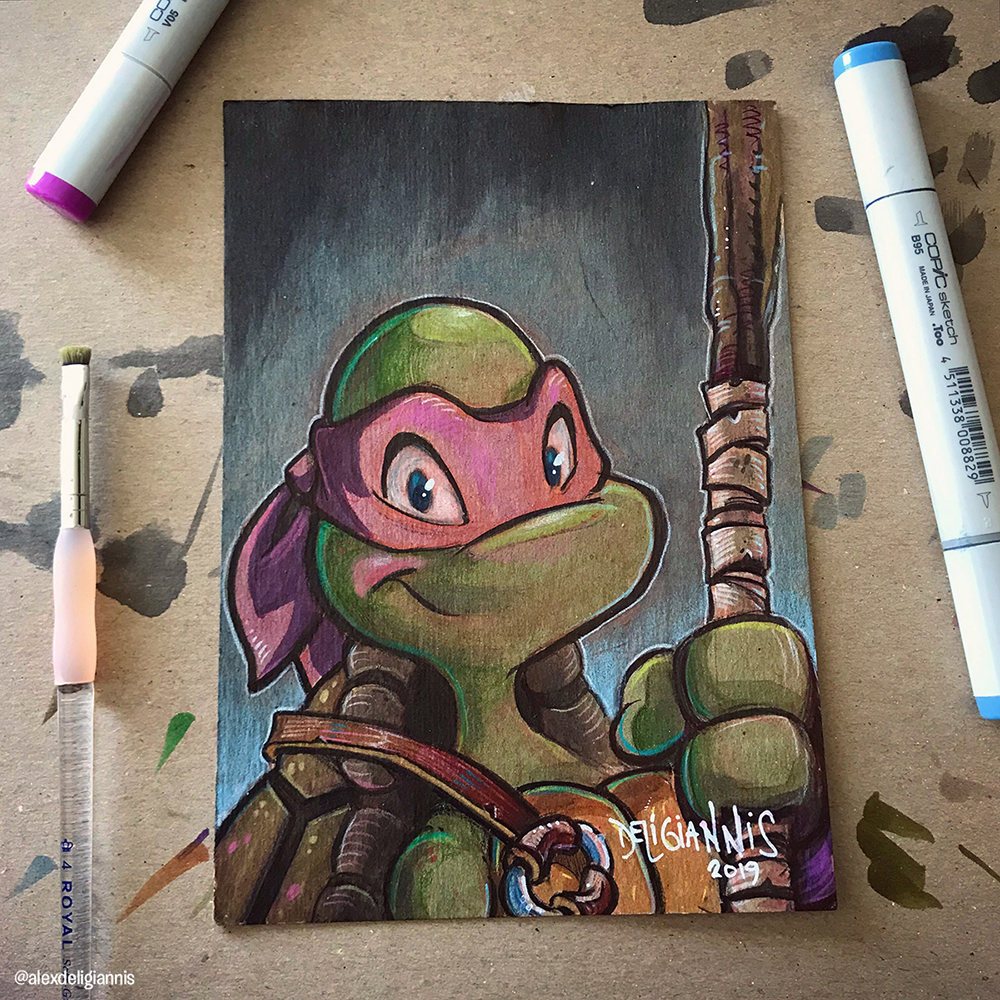 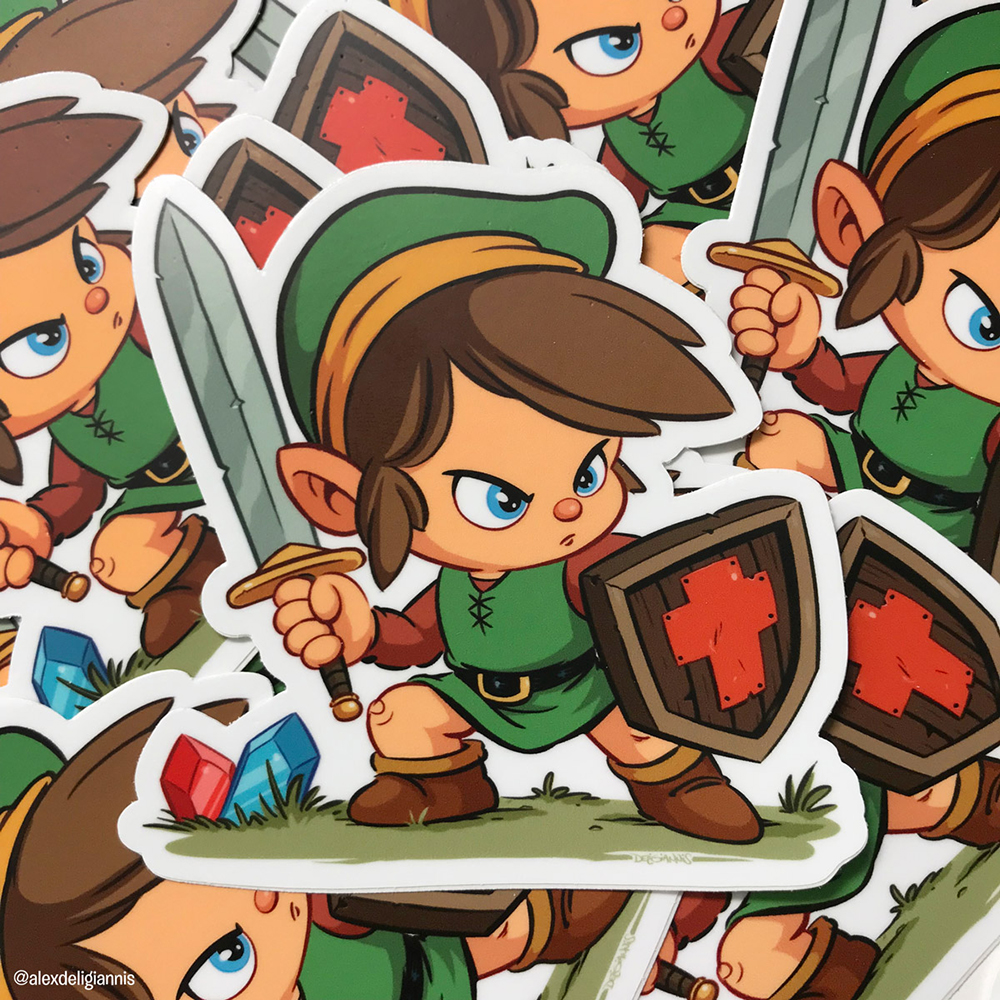 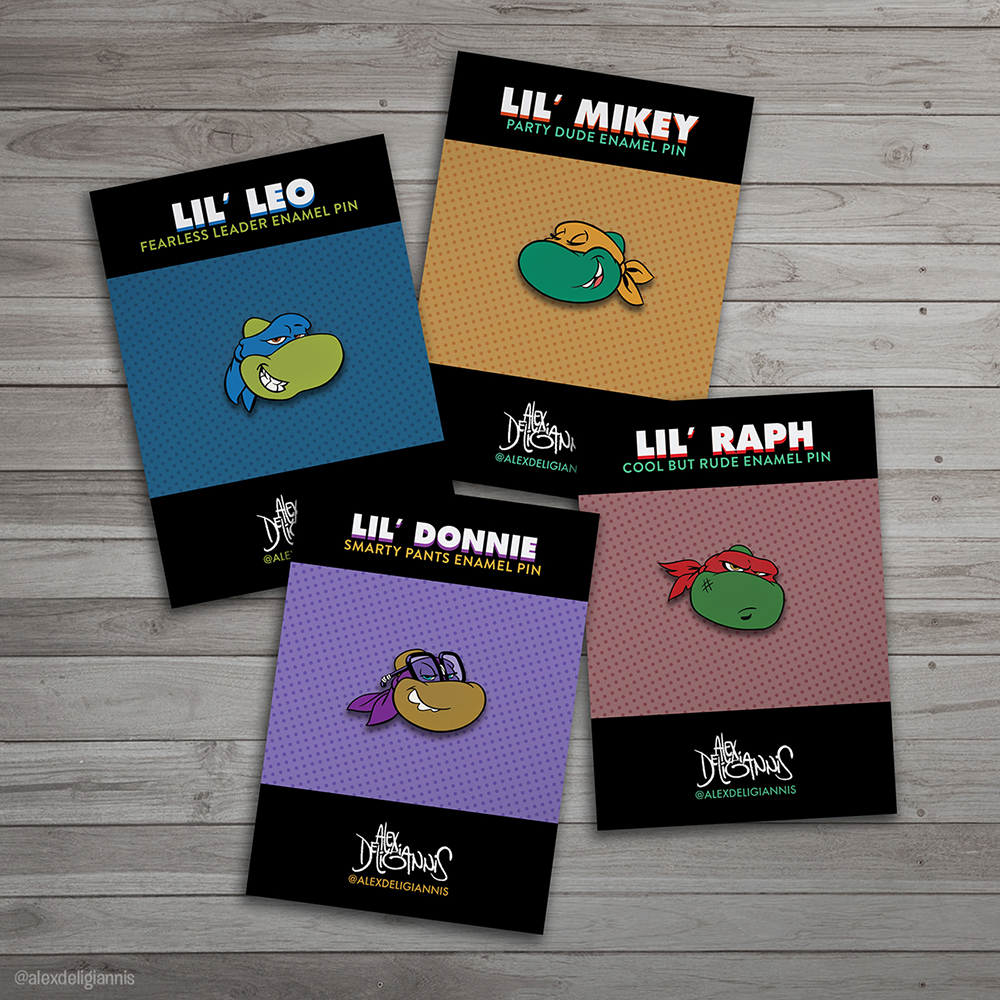 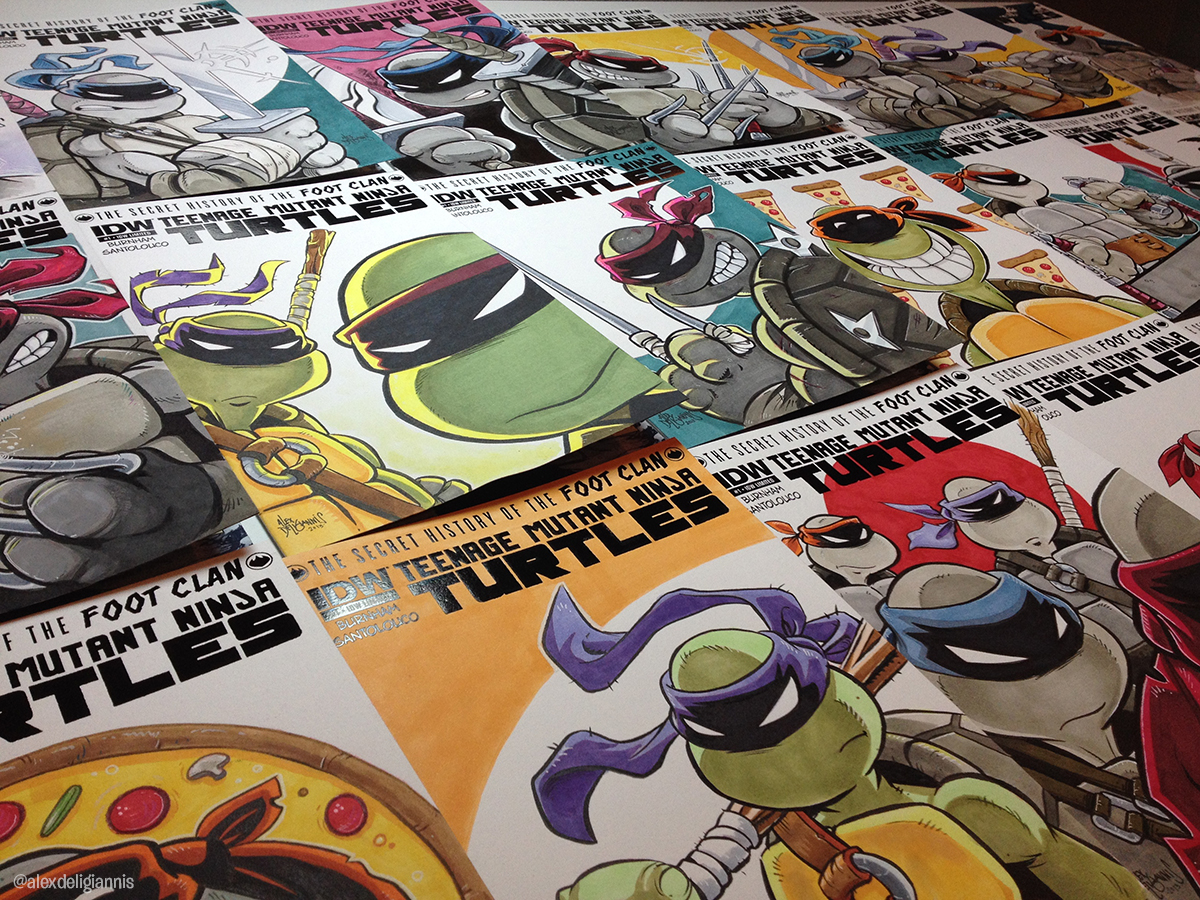 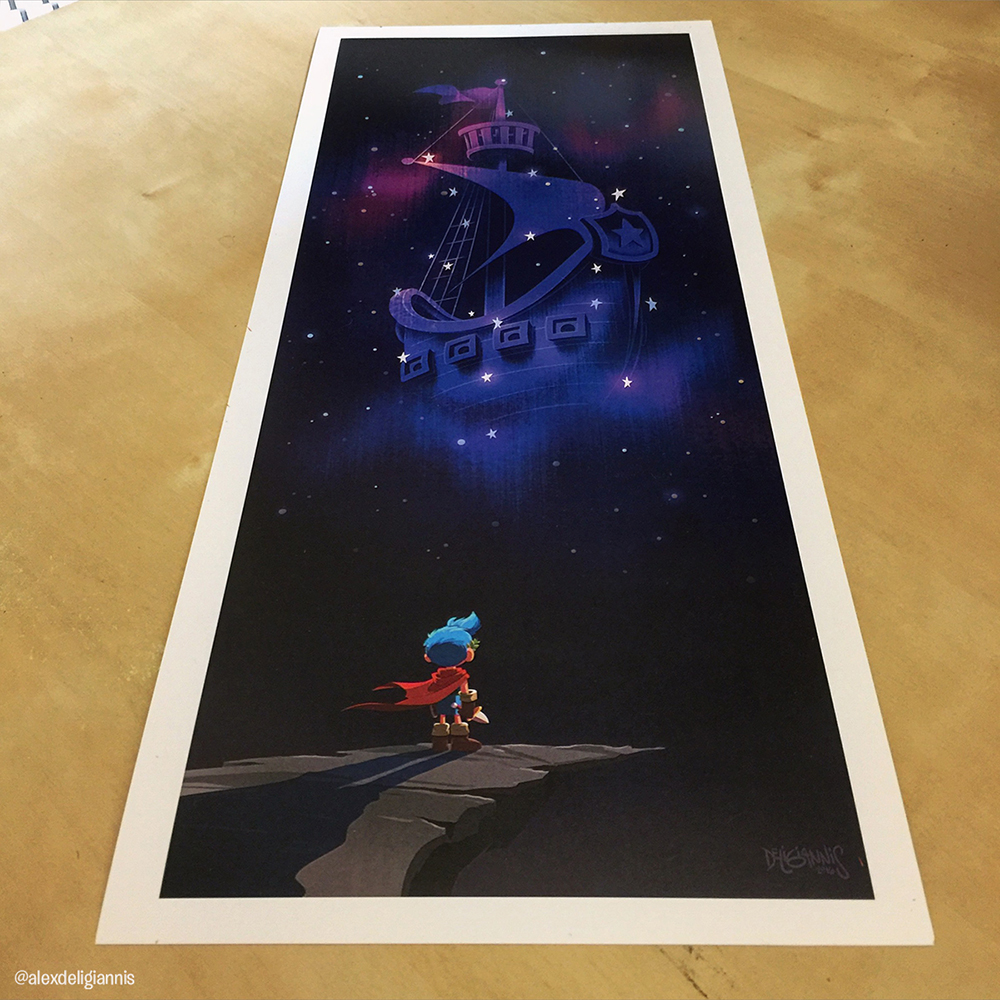