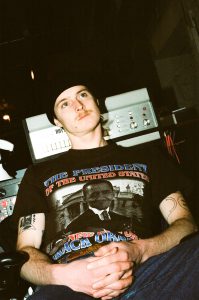 Today we’d like to introduce you to Alex Burns.

Alex, let’s start with your story. We’d love to hear how you got started and how the journey has been so far.
Cousin Mouth, as it exists today, is almost entirely based on luck, that and the welcoming nature of the musical and creative community here in Detroit. I moved here in 2015 and basically, as a necessity as I didn’t know anyone or have any connections here, I started to just go to random events, venues, bars and such. After work one night I was invited to a party at a record shop called Paramita Sound. That night I met my brother Lex (Donald Lee Roland III) who ended up producing and recording the first album with me. It started as a pretty “hey-how-are-you?” type conversation but almost immediately, we realized we were basically the same musical beings the more we talked about our influences and taste as musicians but generally as just people.

A couple of weeks after we’d met, and after a few all-night recording sessions, we had a demo tape of the first six tracks of what became our debut album ‘Medusa.’ From there, he welcomed me into the creative and musical community he’d been a part of from producing and making music around Detroit for a number of years. This is when I met a few of the people like Supercoolwicked (Morgan Hutson), Salakastar (Aja Dier), Sasha Kashperko, Jake Shadik, and Ian Fink, amongst others. These are all still people I consider my close family and musical community in the city, and they’ve ended up playing on both our albums and been performing with us in one way or another for years. For this most recent album, I wanted to focus a bit more on live band-oriented arrangements, but thanks to the welcoming-ness and relationships I’ve been able to cultivate over the years in Detroit, I have a pretty unique and incredible well of talent that I’ve been able to draw from to get the vision across.

We’re always bombarded by how great it is to pursue your passion, etc – but we’ve spoken with enough people to know that it’s not always easy. Overall, would you say things have been easy for you?
Like anything, there’s been ups and downs, but mostly ups, though. I’d say one of the biggest obstacles has been learning how to accomplish goals and continue growth in a city like Detroit that only recently has been getting attention for the seemingly infinite depth of talent that’s here. Unlike LA or New York that have a history of an established creative and artistic infrastructure, I feel like Detroit has been left out of that process despite the contributions it’s made to music, art, fashion and the culture of the world in general. I mean, this city gave the world electronic dance music, RnB, Dilla, Aretha, Donald Byrd, Moodymann and like 100,000 other things.

All that said, the lack of a strong contemporary music industry presence in this city is by no means an inhibition to creativity, in a lot of ways, I think it’s what has allowed so much of the art and culture to flourish here. I definitely count it as a strength the extent to which Detroit musicians, artists and creatives in all capacities continue to build our own network to support ourselves and the people in this city.

Can you give our readers some background on your music?
The tone of our most recent upcoming album is definitely dreamy psychedelic R&B. As the central composer and producer, I always have my main influences like Todd Rundgren, D’Angelo, Prince, Alice Coltrane, or Bjork in mind. That said, I always try and encourage as much collaborative and external creativity in to the process as possible, particularly from the family of musicians that usually end up playing or recording with us. This openness is what I think makes our sound so unique because it comes from so many places at once.

What were you like growing up?
I was always a pretty creative little guy. I started learning guitar when I was very young because my dad was a guitar player and played in bands when he was younger, so there was always a guitar around the house for me to play with. My mom was a member of the choir in church for most of my young life, so I was pretty immersed in music from an early age as a result of both of them. My dad also has one of the widest tastes in music I’ve met, he’s a pretty avid consumer of music and is extremely open so that definitely led to me becoming as boundry-less as I think I am today in both my musical practice and creativity in general. My family generally always encouraged the weirdo streak in both my brother and me, so we grew up feeling pretty open to finding out how to express ourselves over the years creatively. I gravitated towards music and started teaching myself more and more about how to play the guitar and a few other instruments, and it was only a matter of time before I started writing my own songs. By high school, I was pretty deep into playing with bands in whatever capacity and just generally listening and making music however I could. 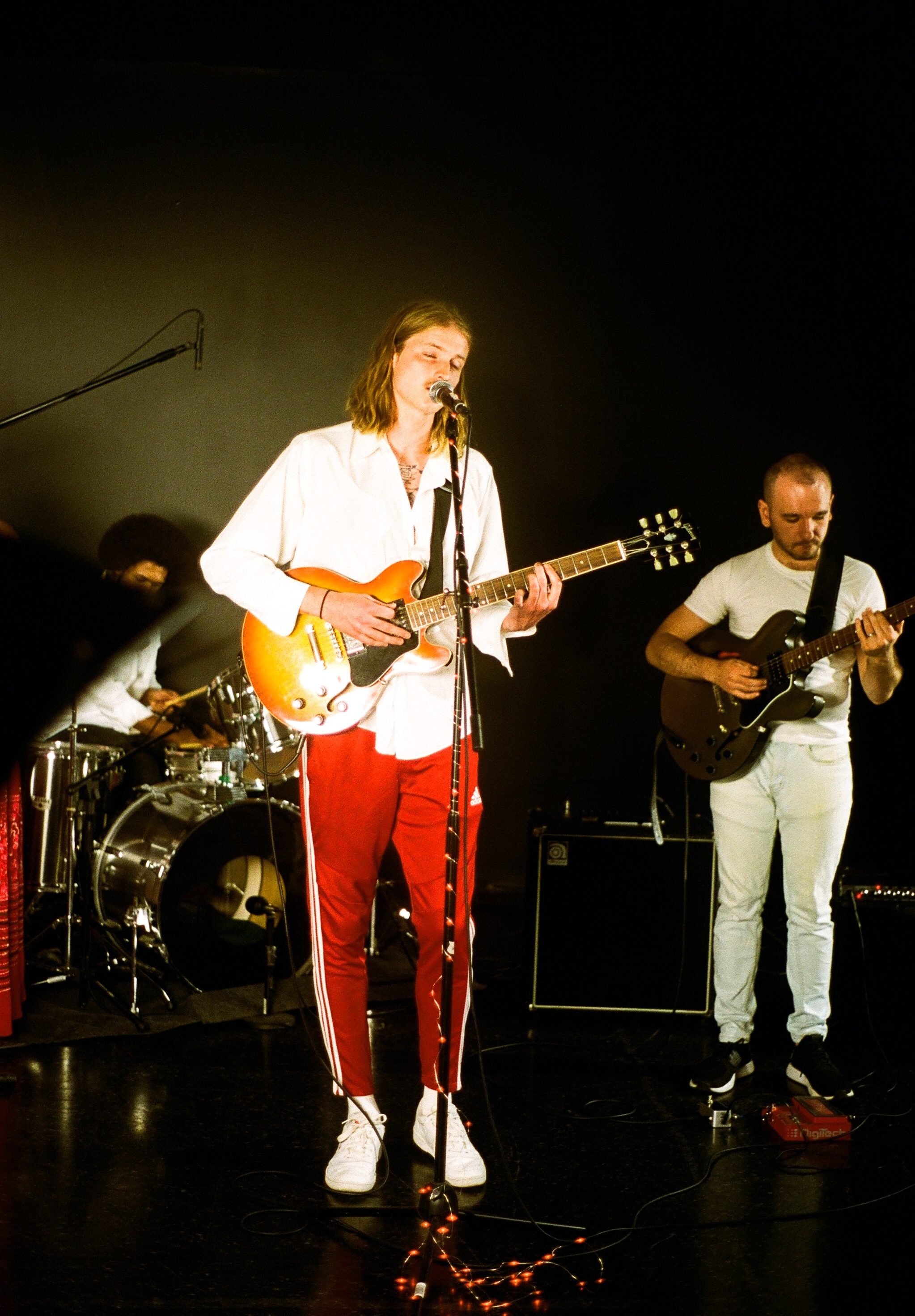 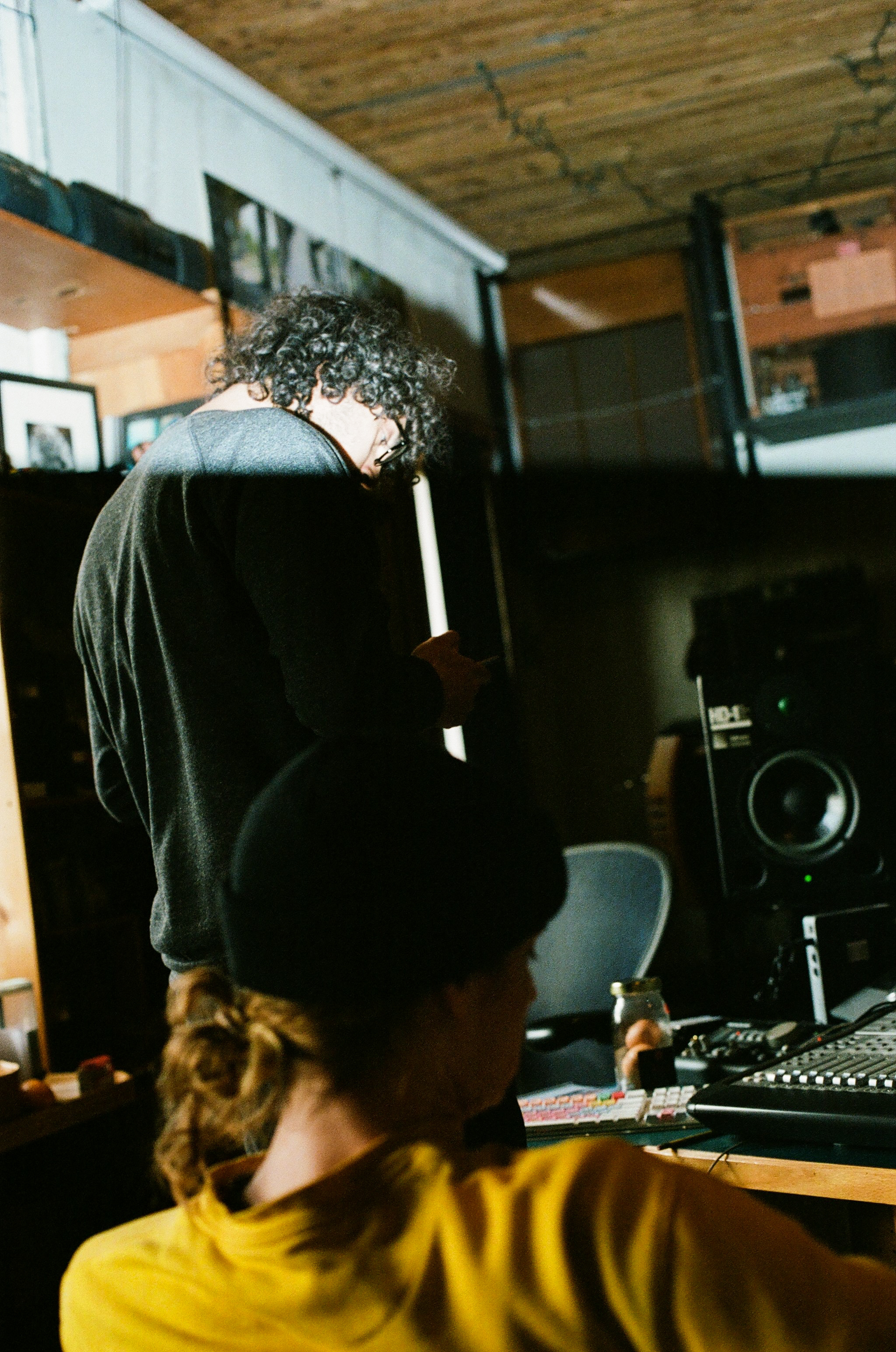 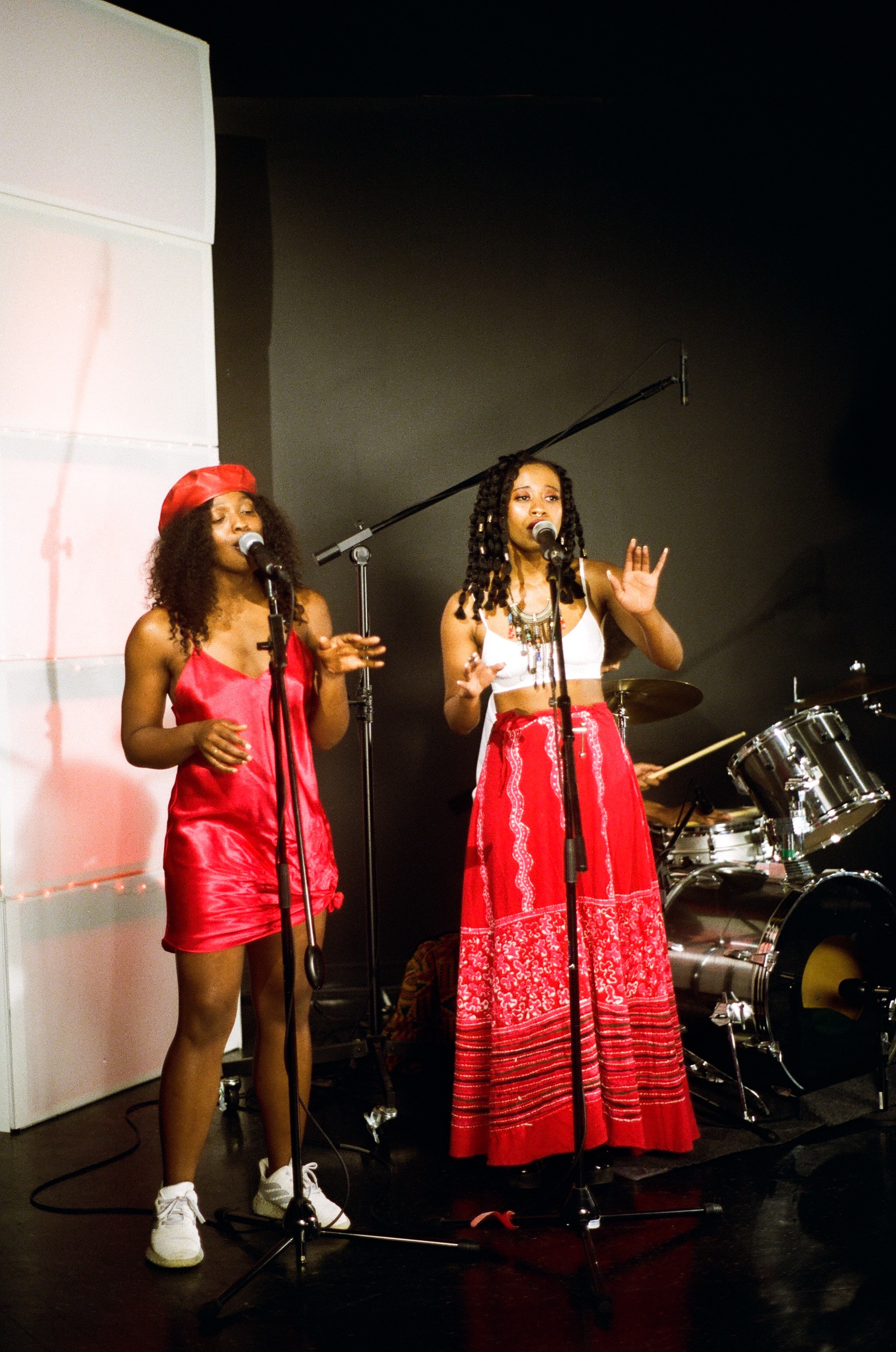 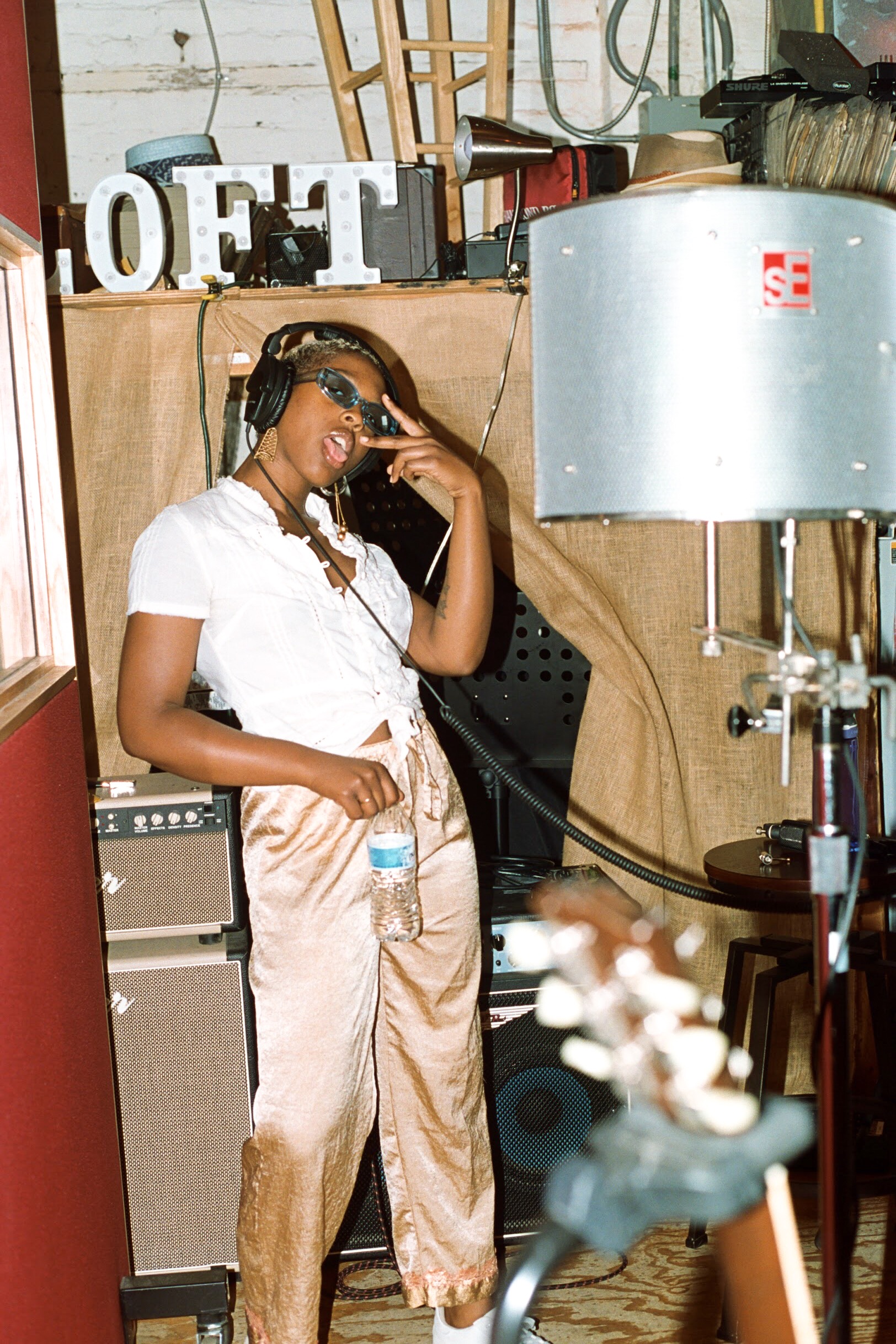 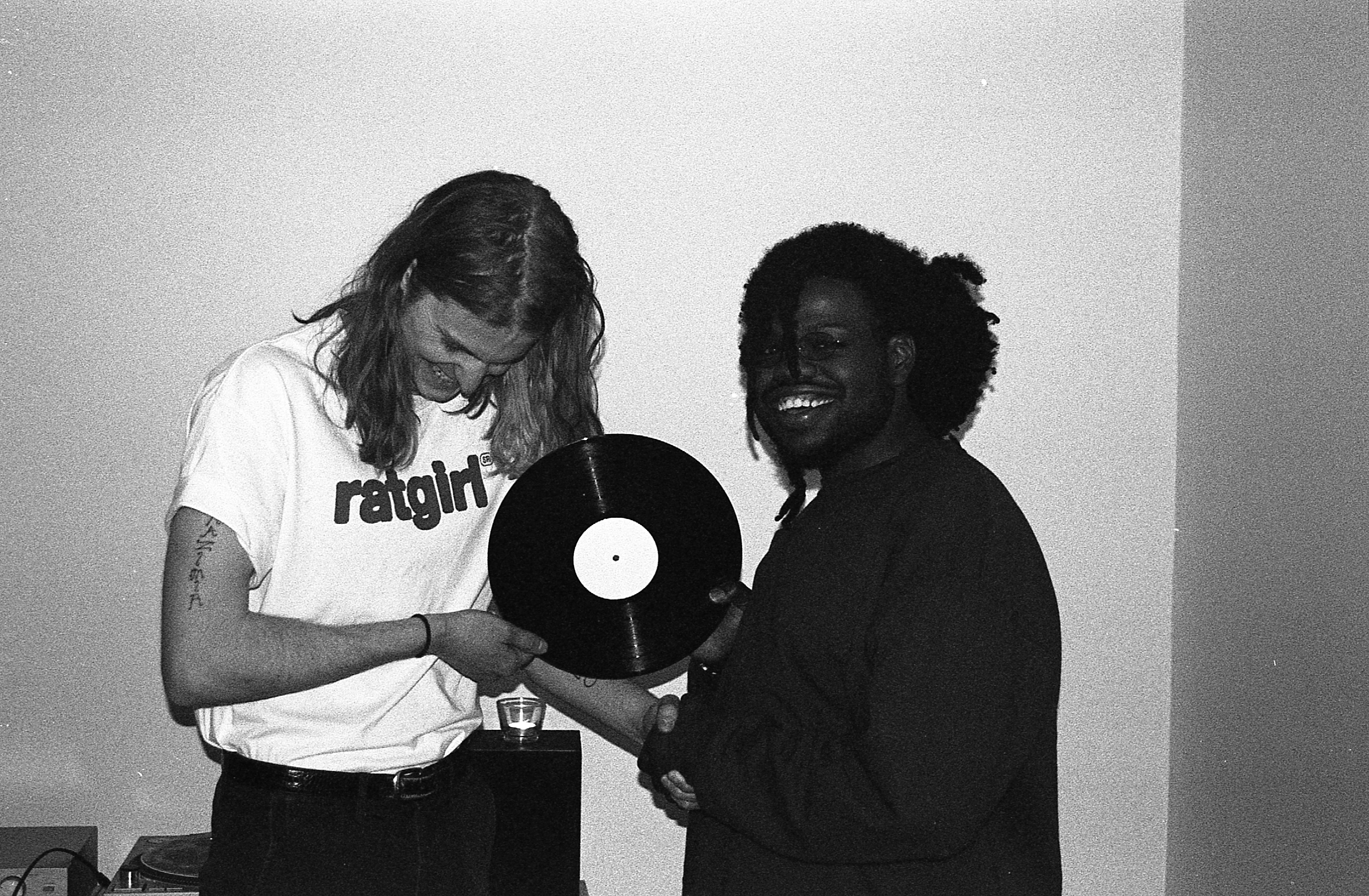