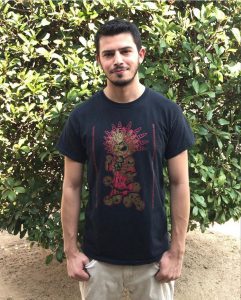 Today we’d like to introduce you to Alejandro Aguilar.

Alejandro, let’s start with your story. We’d love to hear how you got started and how the journey has been so far.
SHIIVA initially started as a project that our guitarist Cole and singer Jabril had been developing for some time, in terms of songwriting and style approaches. Bringing it full circle with our drummer Carlos and me on bass, we all have known each other for years due to us being fairly active musicians in our local scene out in Lancaster.

That whole Antelope Valley scene (Lancaster, Palmdale, Little Rock, etc.) is pretty intermixed when it comes to show lineups; it’s not at all weird for a thrash band to play a show with an indie band, for example. When I was starting college, Cole and Jabril were killing it on tour all the time with their hardcore punk band Life for a Life. Our drummer Carlos was also playing with his post-hardcore band Owl’s Head, they opened Warped Tour in 2016 and did absolutely amazing; a testament to their productivity and determination. I’ve come up as apart of a ska band called Captain Smooth Talk, spending fair amount of our time commuting to gigs in the LA skacore scene, San Diego, Santa Barbara, and places alike.

So whenever Jabril, Cole, Carlos, and I would see each other at the shows in our hometown, it was always an immense mutual respect for one another with regards to not only our craft but our individual drives. I had originally met Cole back in high school, we’ve always been great compadres and have always had a good chemistry when it came to our love for this music. Years before SHIIVA had been brought up to me, Cole and I had been loosely trying to coordinate playing punk rock together, a few times I had stopped by his crib to check some of the guitar riffs he was working on; being a riff-junkie myself, I always dug his writing because it had that perfect nihilistic swing that musically makes this genre shine.

Fast forward to late 2019, Cole reaches out and tells me that Jabril and him are trying to start jamming their songs with a full band; the opportunity to play bass for SHIIVA arrived and I was stoked. I got to say, from the very first practice we all had together, we knew we’d all have a great working relationship. You could say everybody was ‘speaking the same language’, for lack of a better phrase. As soon as practice ended, we were talking about music video ideas, trying to figure out photographers to contact, recording dates – you get me. One thing we’ve tried to not lose focus of is keeping our heads in the game when it comes to operating – whether its content creating or even just staying sharp at rehearsal – for example, Jabril has had us doing this thing where we practice a song 5 times before we move on to the next. I’ll admit that’s not a bad way to go about memorizing them, but most definitely it’s a workout. *laughs*

We’re always bombarded by how great it is to pursue your passion, etc – but we’ve spoken with enough people to know that it’s not always easy. Overall, would you say things have been easy for you?
A notable obstacle for us at the moment is learning how to navigate the current lockdown on live events due to the widespread health challenges the world currently faces. Our music is very energetic, and so we get extremely energetic when we play our songs. We’re all live performance junkies to the max being that we’ve all been doing it with our many different bands over the years, so not being to flex our skills the way we want to on stage is definitely one thing. SHIIVA literally started jamming right before the pandemic hit, we technically haven’t played live just yet. However, COVID-19 is so much more of a bigger challenge to overcome, we genuinely want to follow through on our part with being responsible and respectful to the social distancing considerations put forth and frankly, find it immature and thoughtless to treat the situation as a joke.

Can you give our readers some background on your music?
We just released our debut EP on July 8th of this year, titled ‘GROOV(E)’. Our lyrics deal about things we feel are relevant to us and experiences in our lives; whether it’s struggling with overcoming the challenges embellished upon through systematic discrimination or even just trying to make sense of the grand puzzle we know as love. Lyrically speaking, we make it a point to avoid the use of gender designations when writing about relationships since love is fluid and universal amongst all spectrums. Our main objective with this EP was to portray the art of not falling out of your own groove, loving who you are, and most importantly, proceeding through life by taking accountability in your actions; staying all the way awake. We began releasing visuals this summer, firstly with a music video for our song “H(a)ppy”, which came in July, and just recently in August, we dropped our second music video for the title track of our EP.

What were you like growing up?
I was personally a very introverted kid, I never really opened up much to anyone and definitely lived in my own head, but also developed a good sense of how to communicate effectively with the outside world once I got my first job at 16 working a drive-thru. I credit my older sister Janet as the one mainly responsible for putting me on a path of discovering the things I hold very dear; from introducing me to Tony Hawk games to putting me onto all the best music, to even my love for things like ancient history and comparative religious studies. She always gave me the vision to know it was okay to ask questions and be assertive about learning; you know, sometimes when you’re a kid, you don’t know how to properly go about your inhibitions until you see or talk to someone who has a mass influence on you kind of lay it out, in one way or another.

From an early age, I got started playing guitar, it was more of an all-kid mariachi type of deal but that group was very short-lived; I believe I was 6 or 7 when that was happening. Around 12, I got a reawakening where I wanted to learn how to play guitar more extensively, I’ll never forget the guitar instructor I got for a little. Not sure what happened to him, but his name was Sky, insane shredder-type. He would tell me to bring in any song of my choice and he’d teach one at the end of every lesson, and so being a punk kid, I remember once I brought in a Black Flag song… he just looked at me and said, “alright we’re learning Maiden”; thanks to Sky the guitar instructor, I can play some really cool Iron Maiden riffs on guitar. From high school onward, I dove into our local D.I.Y. scene, which was the start of that whole thing.

I particularly picked up bass guitar in high school while in marching band; the band director gave me the tuba music to play, put me with the percussion pit – it was a win/win because I didn’t have to actually march and I helped keep the tuba’s in tune. Of course, having the bass on hand, I started paying a lot of attention to a lot of notable punk rock bass players and what made them stand out – Chris #2 from Anti-Flag, Derryl Jenifer from Bad Brains, Matt Freeman from Rancid, to name a few. Even bass players not associated with punk rock, Jaco Pastorious of Weather Report, another good one is Juan Aldrete of the Mars Volta and Racer X. I always knew I wanted to play bass in a punk band because of its percussive nature, and so when Cole and Jabril approached me to come aboard SHIIVA providing low end, I couldn’t have been more excited. 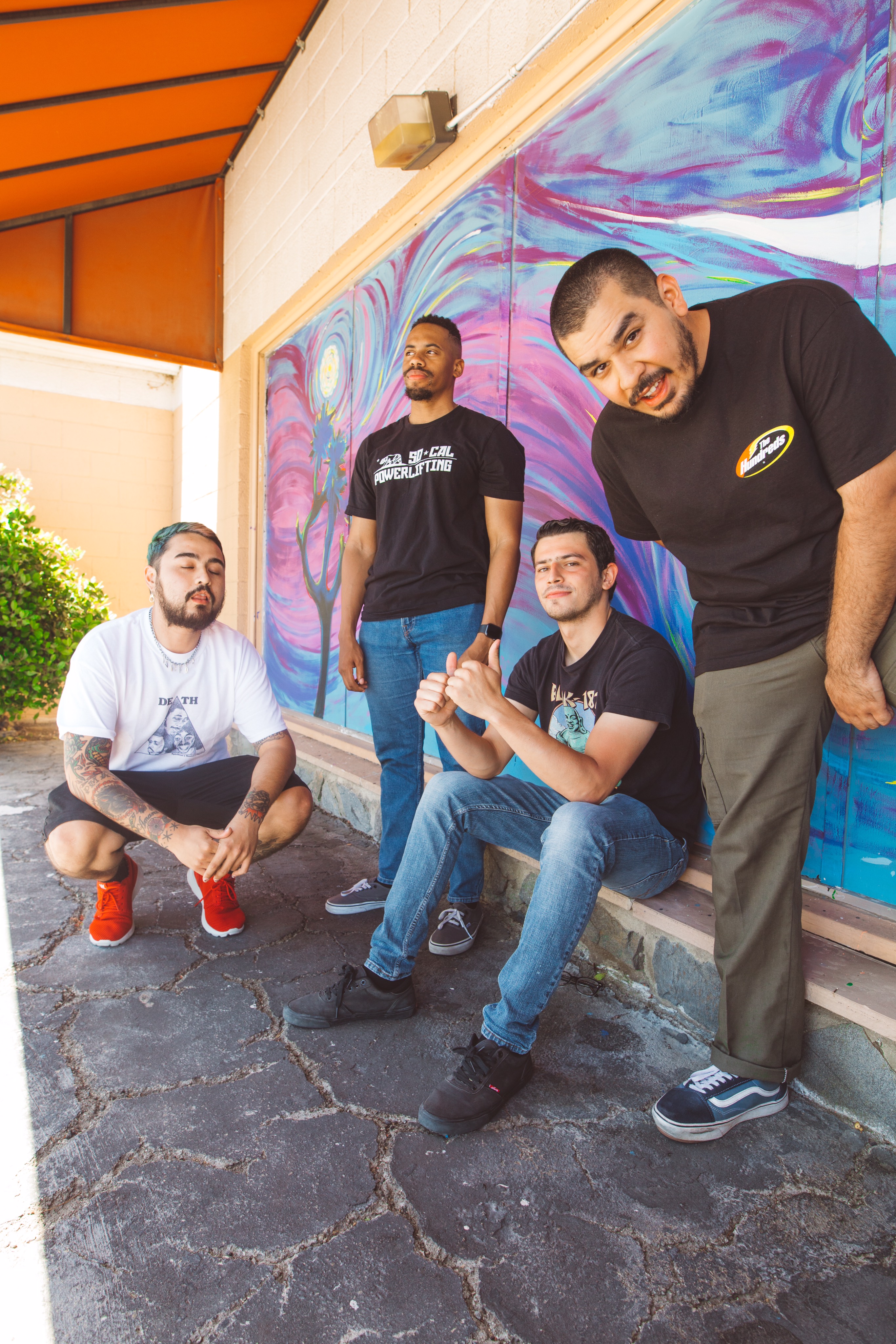 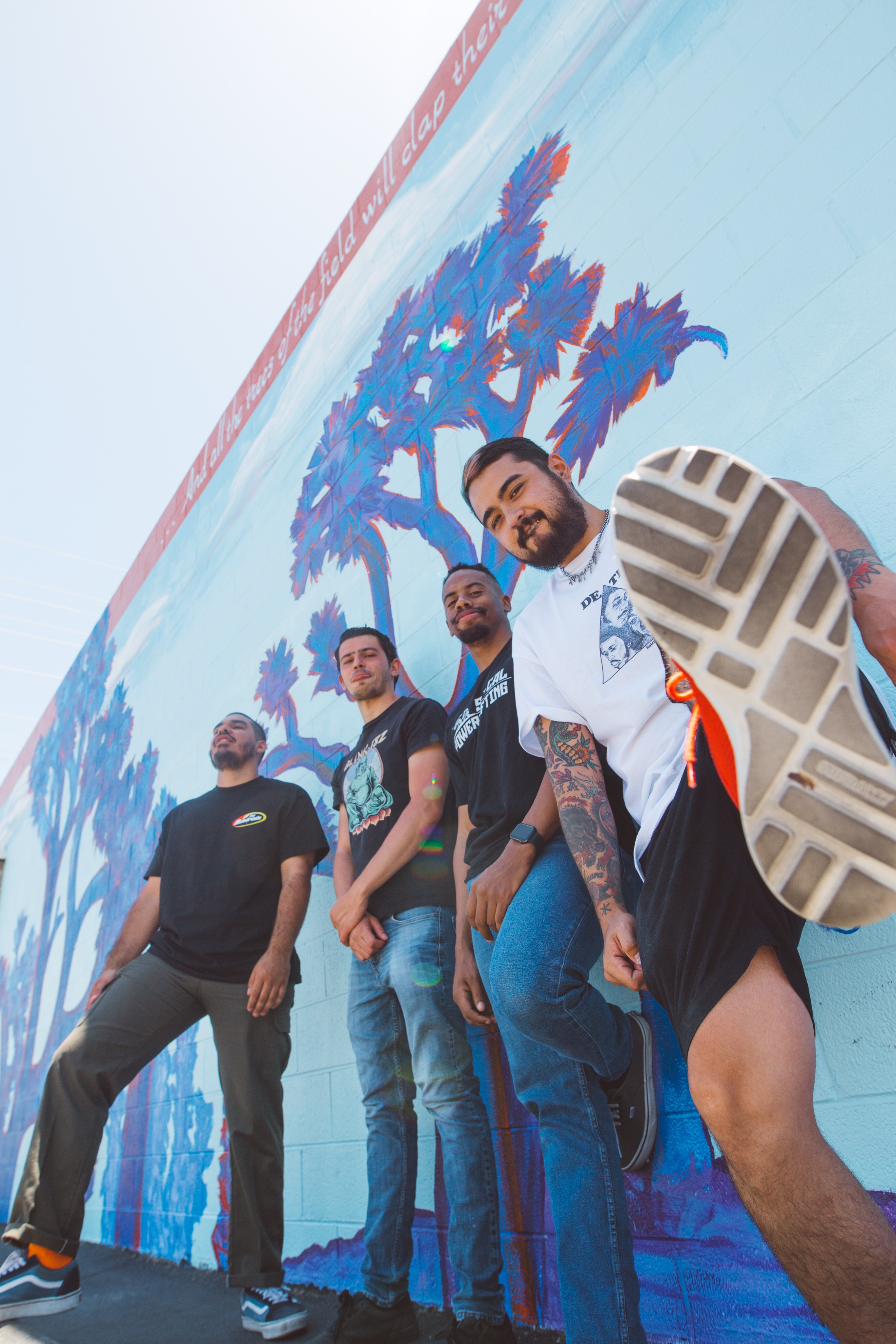 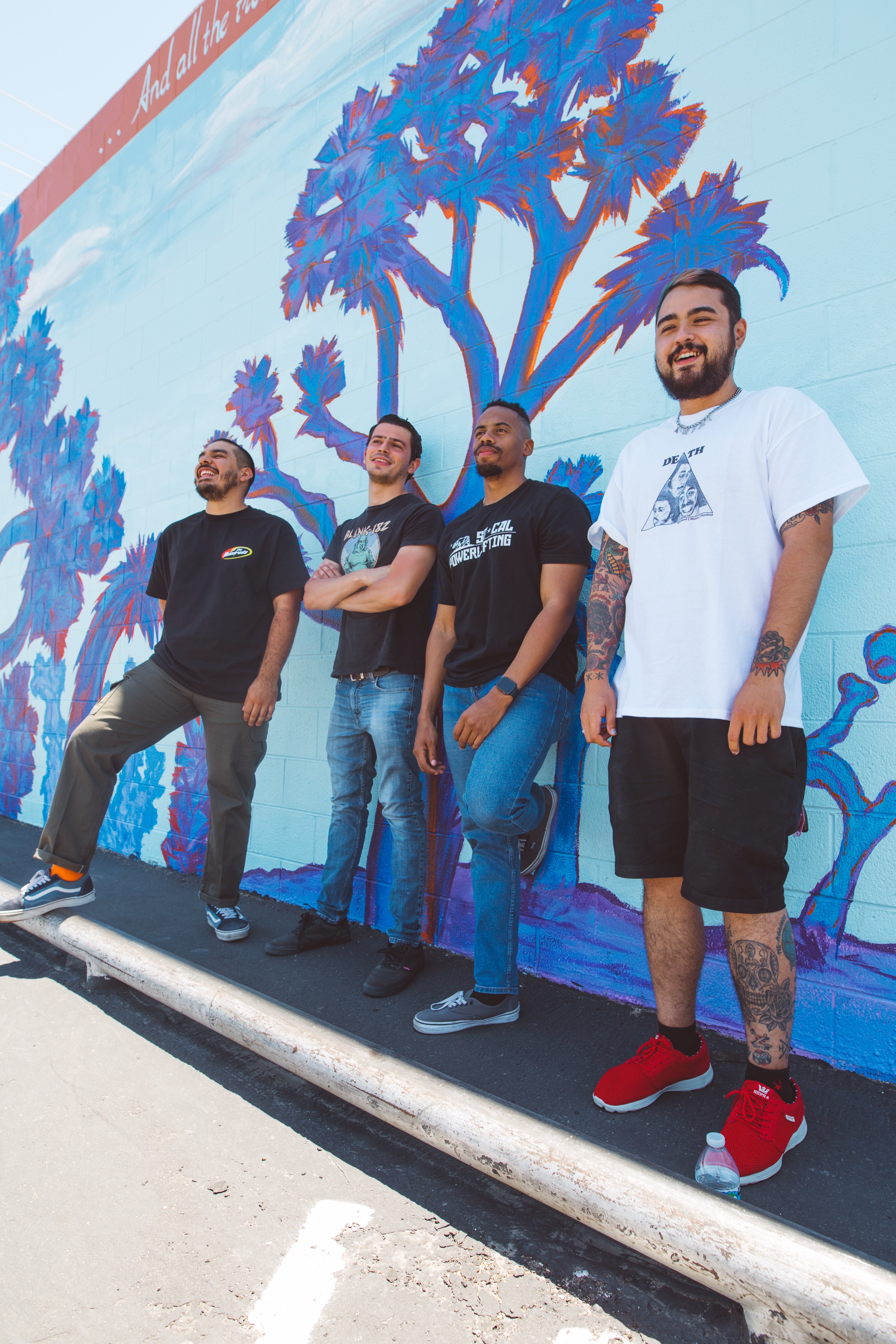 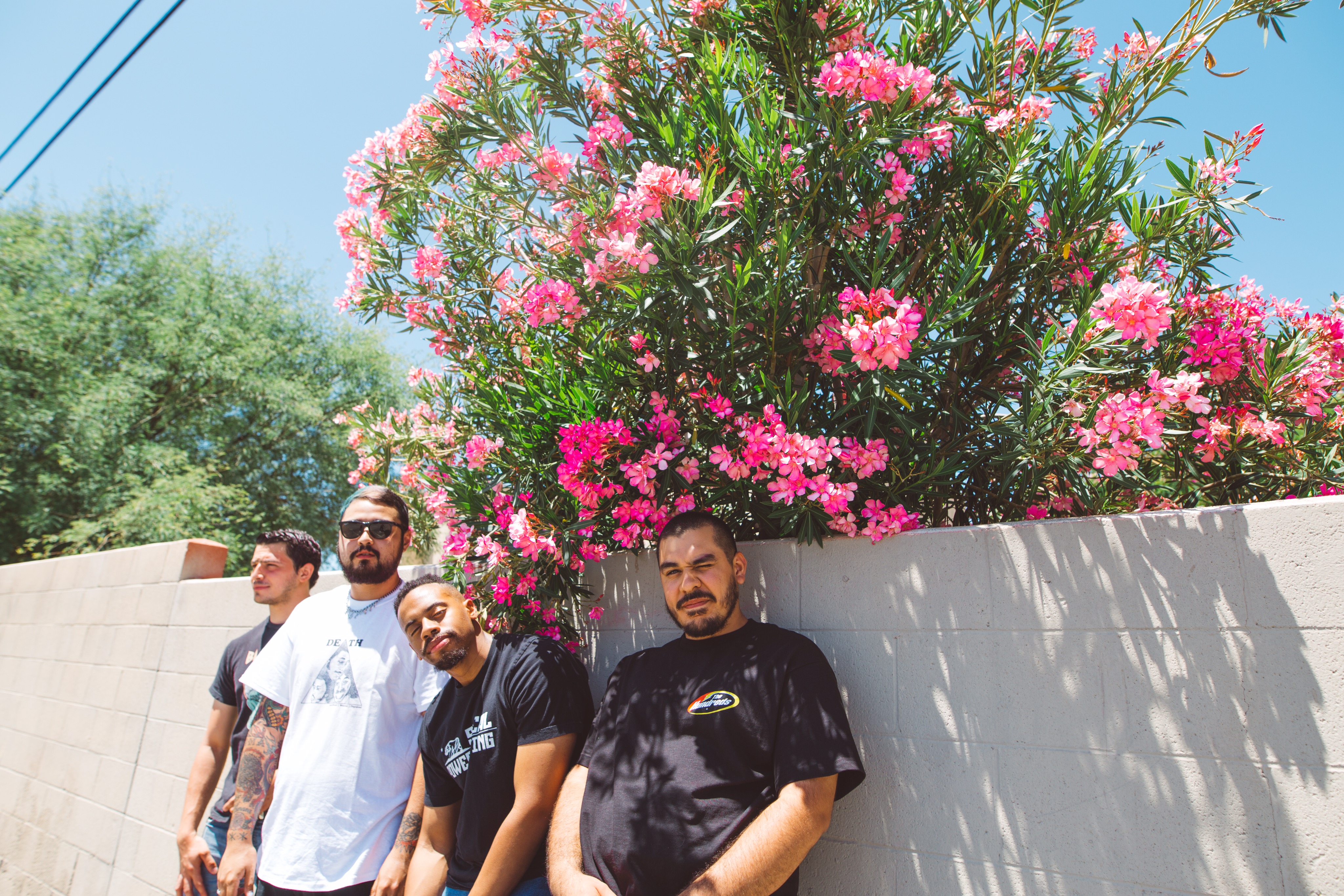 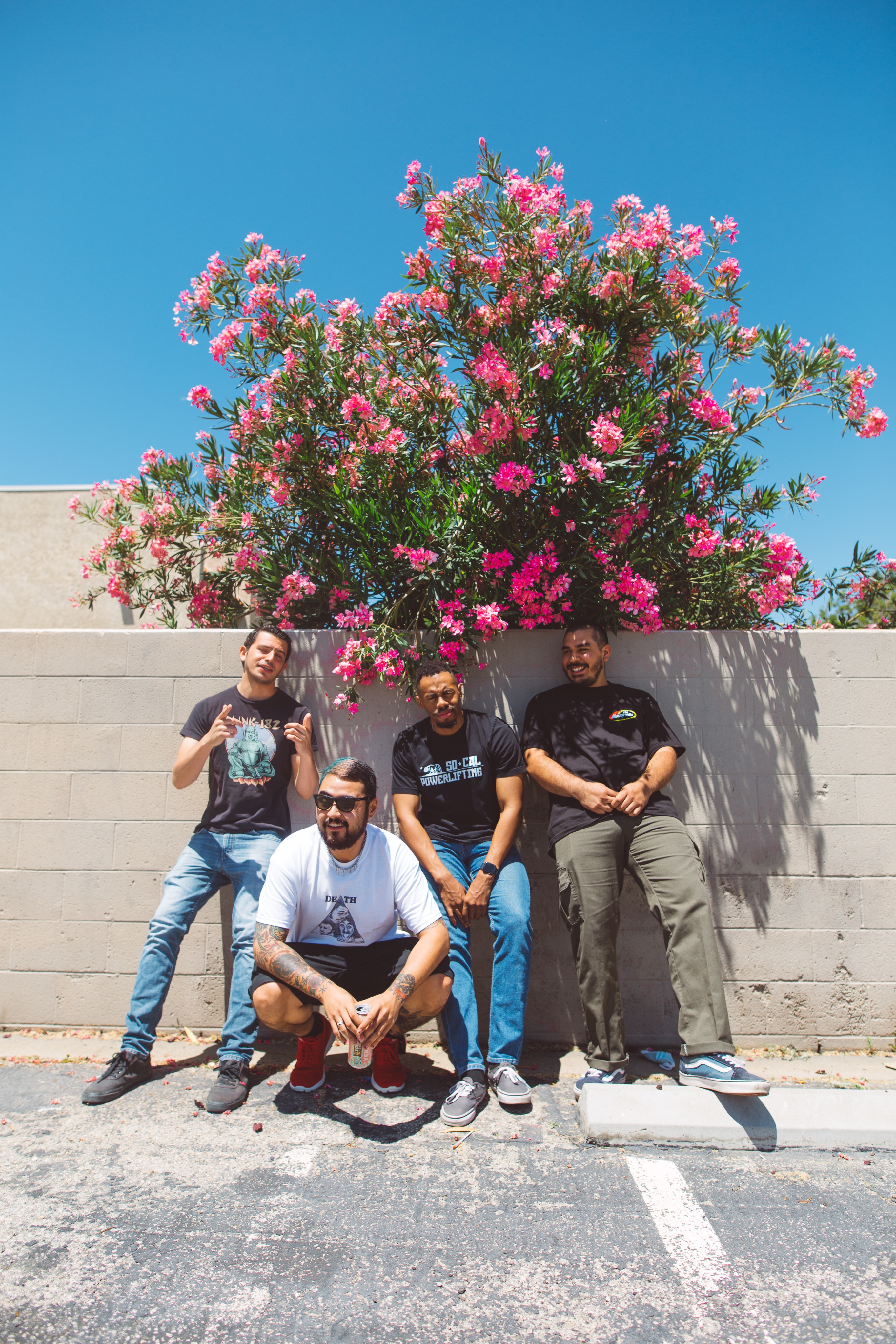 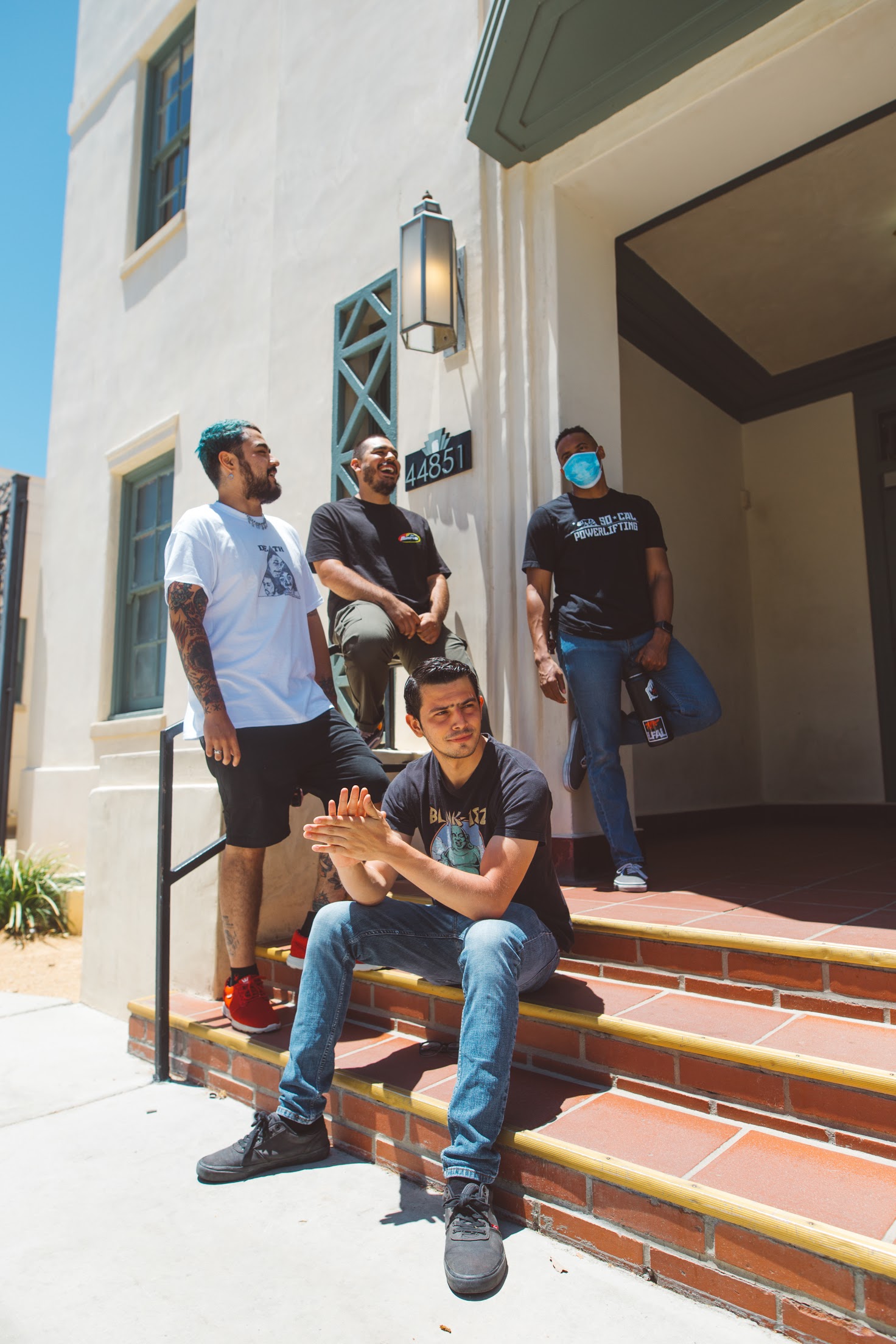