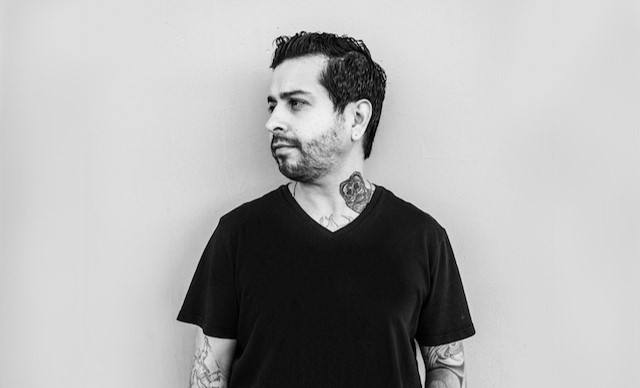 Today we’d like to introduce you to Albert Martinez.

Albert, can you briefly walk us through your story – how you started and how you got to where you are today.
I was born Albert Anthony Martinez on July 4, 1985, in Whittier, California, to two working, middle-class parents. I had a pretty typical childhood. A lot of my childhood memories consisted of feeling different from my peers. While other kids were throwing sand in each other’s hair and making new friends on the blacktop, I was over in the corner of the field contemplating life and death and where exactly it was I fit into all of this. I was a good kid. I kept quiet and entertained myself mostly. I got good grades. All the adults (mostly my teachers) would use words like “bright” and “exceptional” to describe me, however, I didn’t feel anything close to their perspectives of me.

One of my earliest recollections of not feeling so uncomfortable in my own skin was one evening when I was sitting with my dad on our beat-up couch in our tiny apartment. It was a little bit before my bedtime, but he late me stay up for some reason. As he flipped through the channels, he paused on a music video. My eyes fixed on a young Billie Joe Armstrong strumming a baby blue guitar battered with stickers, singing the opening lyrics to “Basket Case.” I was hooked. Music suited my obsessive thinking, and simultaneously gave me a sense of relief. Soon after, I begged my parents for a guitar because I wanted to be just like Billie Joe. I learned all of their songs, but there was a problem: I didn’t have a band. So, I set on my journey of playing in bands throughout and after junior high and high school.

Despite making music, I still couldn’t shake my anxiety and depression, so, I began drinking and using (drugs) to help myself cope. Not all, but some parts in the Los Angeles music scene, drugs and alcohol go hand-in-hand, so, it felt normal and appeared to be socially acceptable. But, even when the party stopped and everyone went home, my head was still loud and I didn’t know how to turn it off. I continued on a downward spiral with drugs and alcohol; strained relationships with loved ones; trouble with the law; losing and giving up my possessions (including selling gear that I used to make music with to fund my habits). The substances that were once the solution to my mental health issues no longer served me but exacerbated everything my life.

It wasn’t until I sobered up that I was able to revisit music in a whole new light. Head Apart, essentially, started as a project of building and putting a guitar together. I was inspired by my friends in bands around me in the local scene, and my love for writing was re-ignited. Head Apart was born in the fall of 2018.

We’re always bombarded by how great it is to pursue your passion, etc – but we’ve spoken with enough people to know that it’s not always easy. Overall, would you say things have been easy for you?
I was clean from drugs and alcohol for about five years before I started what would become Head Apart. I had fooled around with the guitar before then, but nothing very serious. I hadn’t properly written a structured song soberly either since before the age of fourteen. But, out of nowhere, a flood of inspiration enveloped me, and so, I began writing. Piece by piece, these ideas started taking shape into songs. I’ll admit, some days were harder than others. Some, I couldn’t even pick up the guitar. Other days, finishing a verse, a chorus, those were the victories. Just because I’m sober, doesn’t necessarily make writing and performing easier.

I still have my head to deal with. I still have the same fear, anxiety and depression that I had as kid. The only difference now is how I cope with my mental health, which posed as a challenge throughout the writing and recording process of this album. Not having had a band initially, I had the task of recording most of the instrumentation myself. I had several minor panic attacks before recording this album. I remember, one afternoon, sitting in my car just minutes before entering the recording studio, my hands were trembling and my breathing was shallow. In between the recording process, when I was at home, I would have bouts of insomnia in anticipation of the next recording session.

Fortunately, I was in good company. The entire album was recorded over seven months, and a good chunk of it was recorded with Nic Capelle at Rockton Road. He was monumental in helping me overcome a lot of doubt I had been wrestling within some of these songs. Days where I’d been uninspired to finish the album, Nic was a voice to help validate the work that had been done. Additionally, there were some songs that were re-recorded with Alex Estrada at Pale Moon Audio. Alex was very straight-forward in his feedback, and that really helped me hone the arrangements of particular parts that I had been negatively obsessing over. In the same regard of when I got sober, working with people who held me accountable to the vision I had really got me through some tough mental moments in which I almost abandoned what I had started.

Can you give our readers some background on your music?
‘Heaven On My Mind Hell In The Heart’ is an album that I am proud to have made. The narrative behind the album touches on so many things close to me. ‘Heaven On My Mind Hell In The Heart’ is ultimately an album about duality. It is about coming to grips with the fact of possessing two opposing natures and seeking a place in somewhere in between the two. It is about someone who might be mentally, spiritually, and emotionally exhausted, and seeking relief in the idea of a loving and graceful God, and yet, cannot find it.

I wrote about some deep issues such as depression, anxiety and substance abuse, and how all of those would conflict with societal’s standards of morality, and more importantly, one’s own concept, or faith, in a forgiving Higher Power. Moreover, ‘Heaven On My Mind Hell In The Heart’ is an album that is about facing the darker natured stuff and dealing with those demons despite not making any sense of it all. Lyrically, it was my intention to raise concerns around sin and grace and forgiveness, and dissect the dissonance between them. But, it’s not as skeptical as it may sound. Where there is judgment and condemnation on this record, there’s also confession and pleas for forgiveness. It’s not just about pointing fingers. There is a sense of accountability and responsibility for the dissonance of wanting to do good when bad things happen instead.

Has luck played a meaningful role in your life and business?
Growing up in Los Angeles, I’ve always considered myself privileged to its diverse culture, especially in the music scene. So many musicians travel from far places to Los Angeles, and performing around in various clubs all over Los Angeles myself, has allowed me to discover and play alongside an eclectic group of artists and musicians. I don’t think that will ever change about this city, and I hope it never does. I can’t help but think, that in some way or another, Los Angeles has influenced the way I write music. Some of my favorite songwriters and bands are from here. I’m ever so grateful to call this city my home, and I couldn’t be more thankful that Head Apart is afforded to be a part of this city’s music scene. 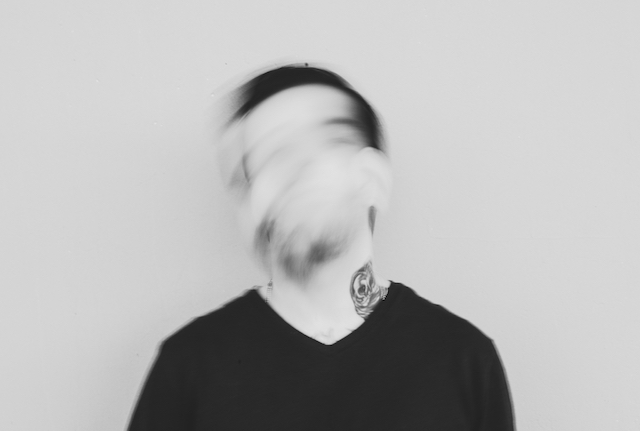 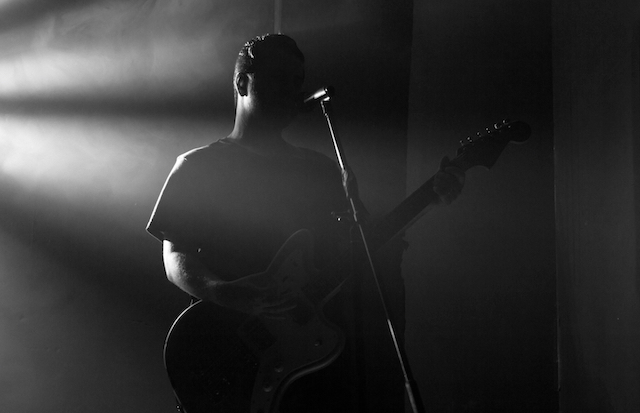 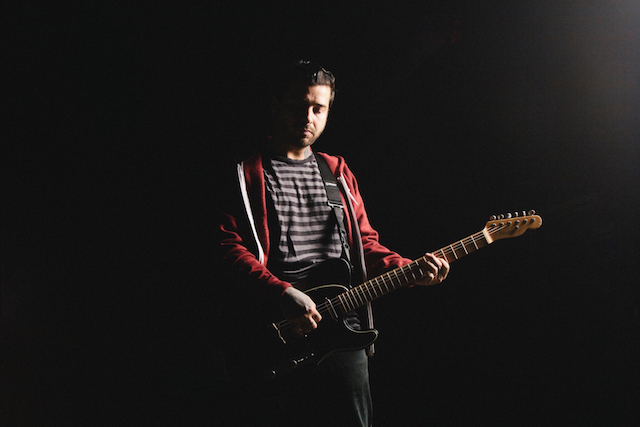 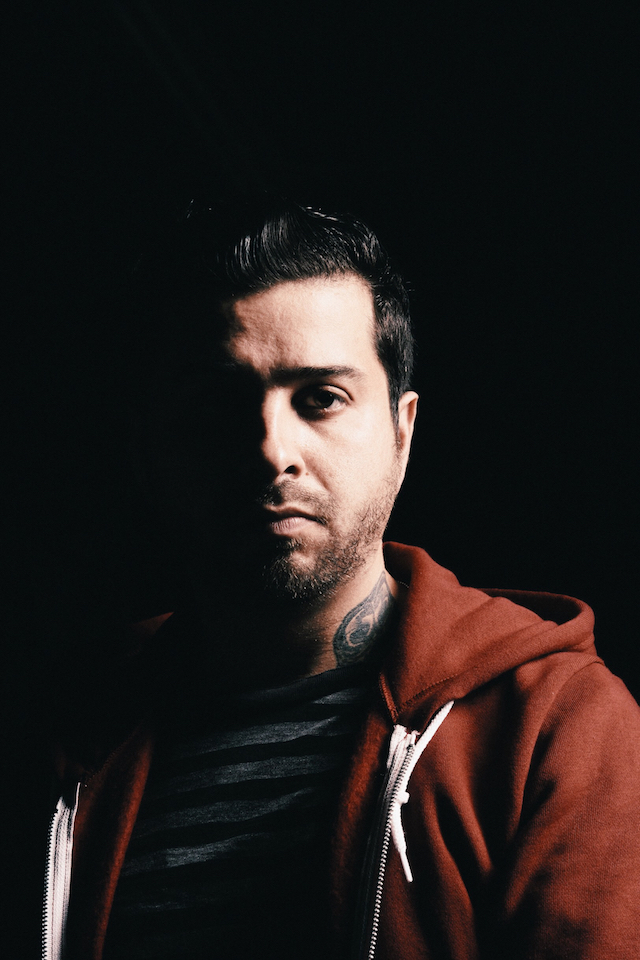