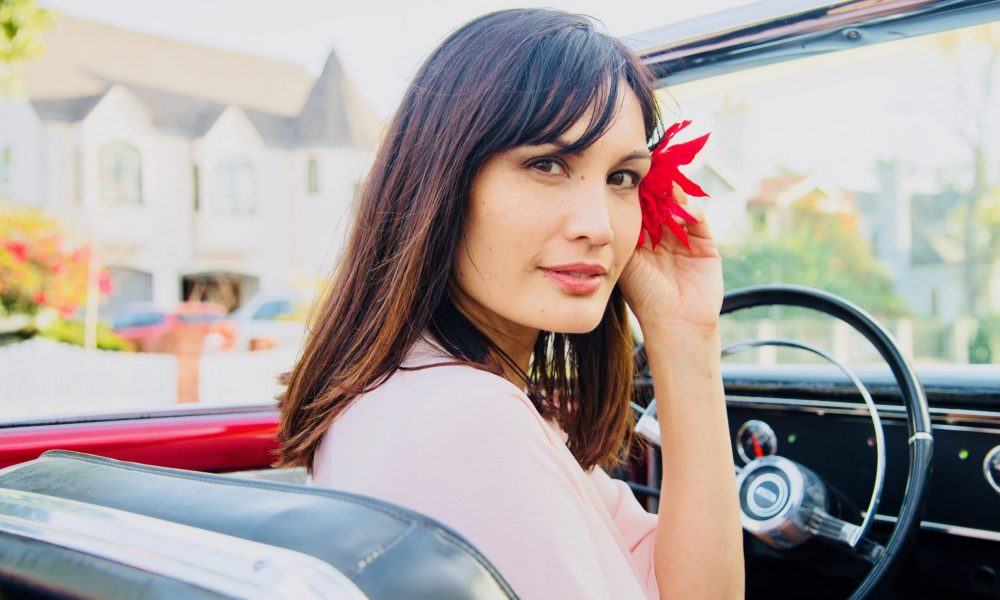 Today we’d like to introduce you to Alanna Vicente.

Thanks for sharing your story with us Alanna. So, let’s start at the beginning and we can move on from there.
I was born in Hawaii and raised in Southern California. My love for music started in fourth grade when I started playing the flute. In junior high, I switched to trombone because there were too many flute players and my teacher said that my long arms would be an advantage. He was right. There are seven positions on a trombone, so you need a good arm span to reach them all. Compared to flute, the trombone was heavier and louder, but I grew to love it. And when I noticed it in other genres of music like reggae and ska, I knew I wanted to keep playing it.

One day while walking to band practice, I was approached by a talent scout who said I should consider modeling. Soon after, my mom drove me to LA for a meeting with John Casablancas at Elite Models. He wanted me to go to Milan right away, but my mom was against the idea of her sixteen year old daughter working unchaperoned. I didn’t blame her. I ended up working in LA and NY and have had some successful years, but I quickly learned that I needed a creative outlet of my own. After taking some college classes and exploring photography, I was led back to music.

My taste in music has always been eclectic. But, as a jazz singer I identified with artists such as Astrud Gilberto, Peggy Lee, and Ella Fitzgerald. I felt that my pitch was similar to theirs.

Though mostly self-taught, there was one class that inspired me a great deal. It was a jazz vocal class at Santa Monica College led by piano player, Jon Mayer. In a short time, he taught me the importance of the emotional connection to the story and lyrics within a song. This had a profound impact on me. He also recommended I bring the trombone back into my life. So I did.

I started to perform and work with a variety of producers in Los Angeles and New York. In Soho, I was lucky to cross paths with musician/producer, Andrew Wyatt. We wrote some fun songs together, including Pop! Goes My Heart for the romantic comedy, Music & Lyrics. Hugh Grant sang it.

When I moved back to LA, my goal was to perform out as often as possible. I also needed a part time job so rather than waitressing, music felt like a better choice. With friends, I formed a jazz band called Alanna & These Fine Gentlemen. We performed at a party in 2012, and have been busy ever since.

Great, so let’s dig a little deeper into the story – has it been an easy path overall and if not, what were the challenges you’ve had to overcome?
Being self-employed has its obvious pros and cons. Whether it’s acting or music, it’s up to me to hustle, while still creating and practicing my craft. And when it’s slow, sometimes the doubt creeps in and I wonder if I’m doing the right thing. It would be great to have a bigger budget for recording studios, high concept music videos or a promo department other than myself. That would be a dream. But, these days we all have so many resources available to us. So I try to focus on that.

Alright – so let’s talk business. Tell us about Alanna Vicente – what should we know?
Currently, I’m still modeling and acting when jobs come my way. I’m represented by Q Management in Los Angeles and Heffner Management in Seattle.

As I musician, I perform regularly in Los Angeles and continue to collaborate as a singer/songwriter with different musical projects.

Alanna and These Fine Gentlemen
We are an LA based band that mixes jazz, bossa nova, and pop. We have a nostalgic sound that celebrates the 60’s era and cover artists such as Astrud Gilberto, Burt Bacharach, Peggy Lee, Sergio Mendes and more. I’ll sing a sultry tune, then whip out the trombone for a fun solo. I love that contrast. I envisioned a swanky vibe similar to a party you’d see in a Pink Panther film.

For upcoming shows, please check out our website.
www.alannaandthesefinegentlemen.com

Jonny & Alanna
In 2015, I released some original music with bassist/producer Jonny Flaugher. Produced by Brad Gordon, our EP Goldstar is a collection of downtempo, moody and cinematic songs. Our very first track, Goldstar might be my favorite just because it happened so organically and captured an emotional quality that I can’t quite explain.

Is there a characteristic or quality that you feel is essential to success?
I think focus, fun and gratitude are important. I struggle with this sometimes, because I get easily distracted when juggling multiple jobs. I find that if I set deadlines, put myself out there and tell people what I’m after, good things come. 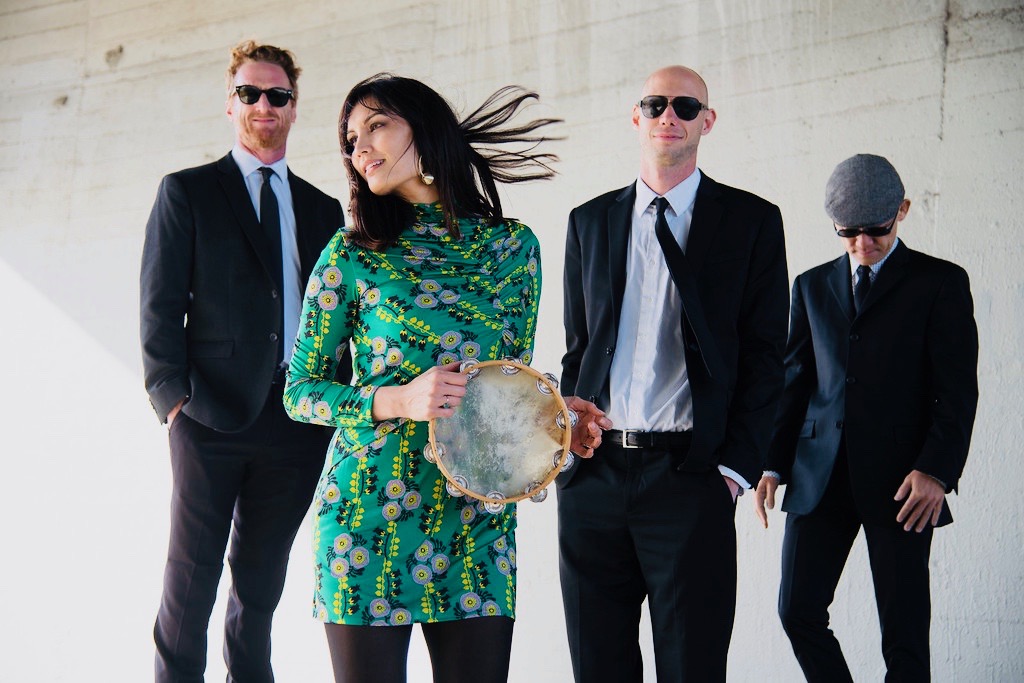 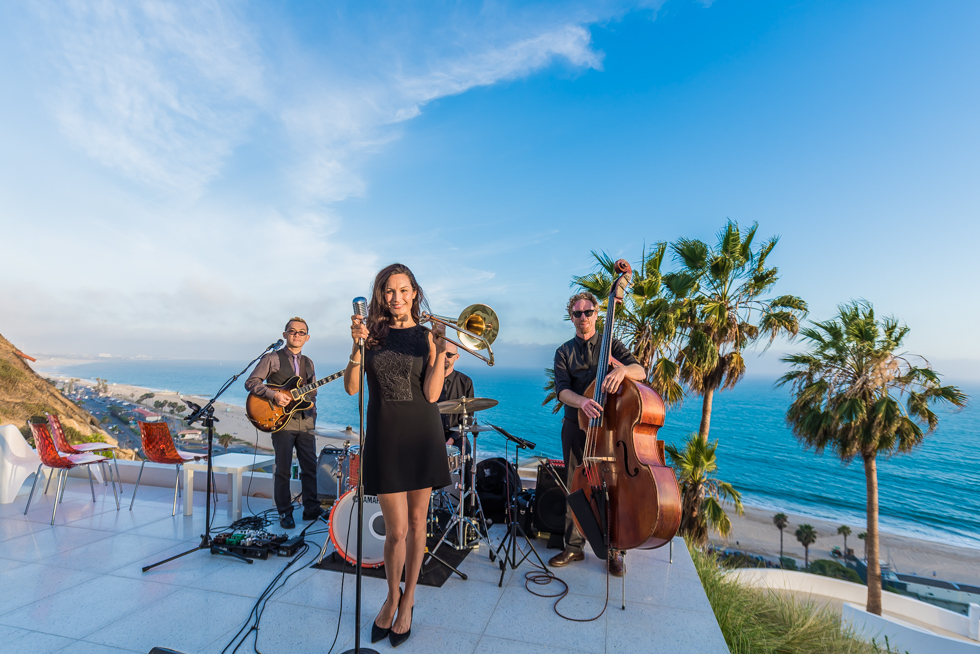 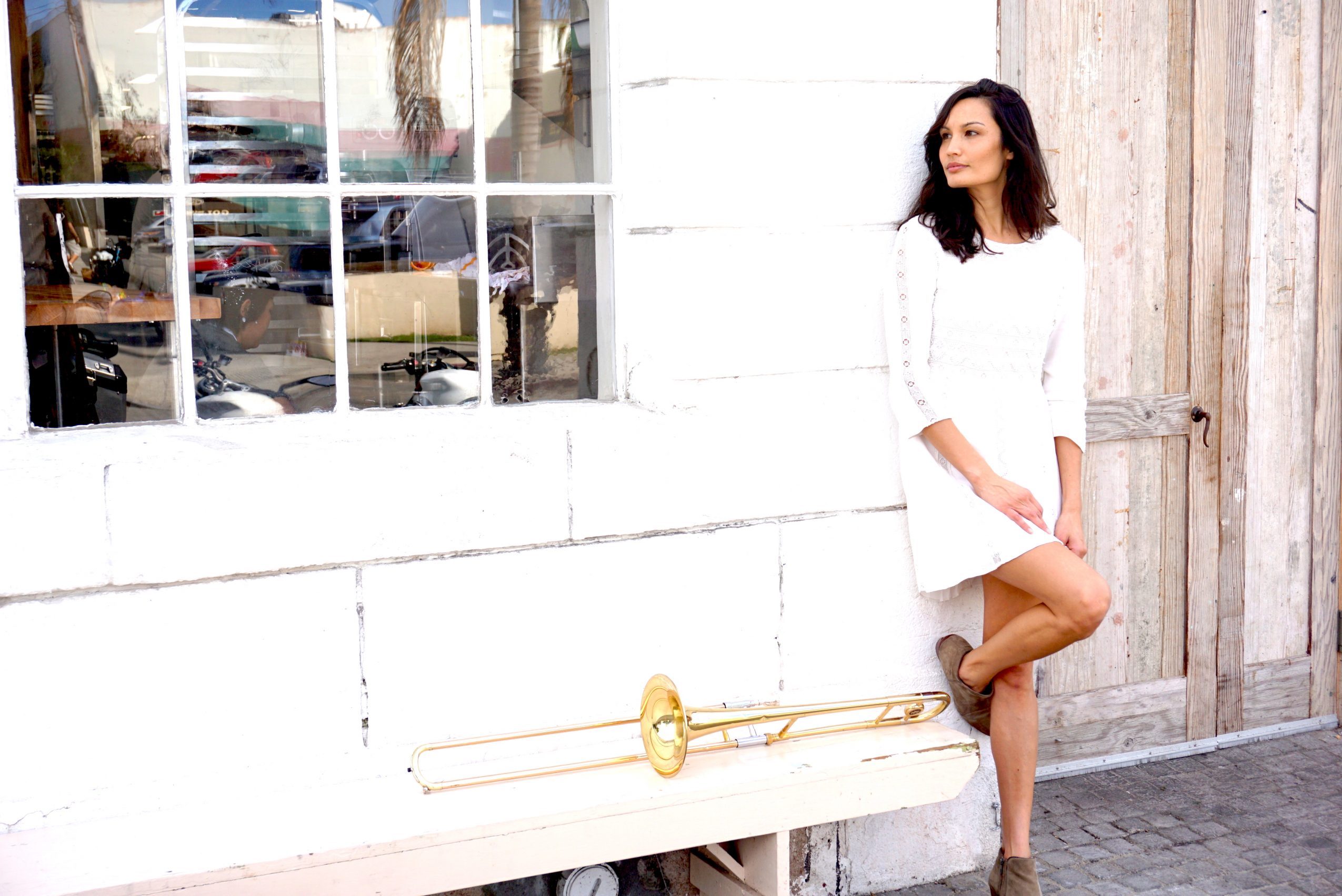 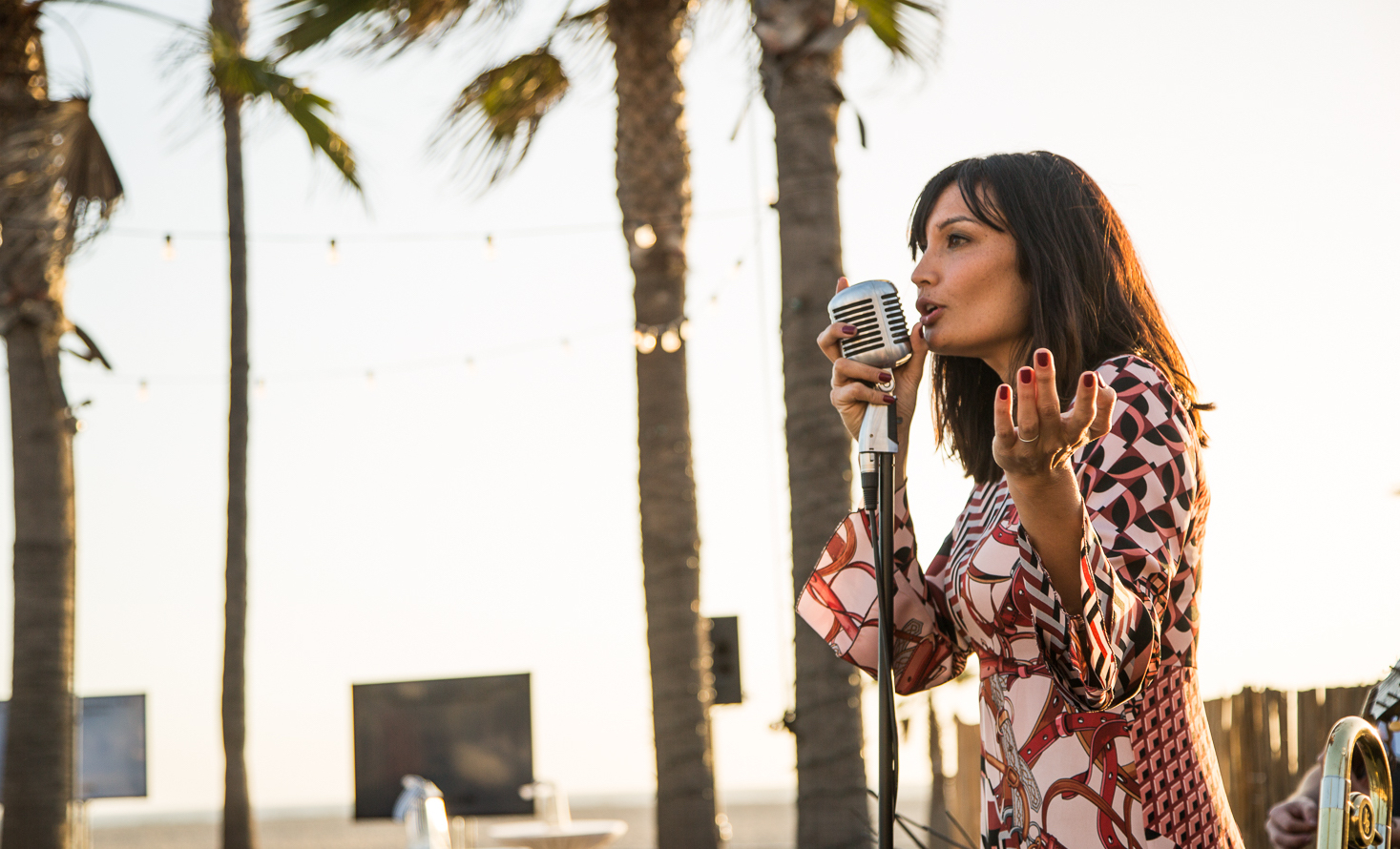 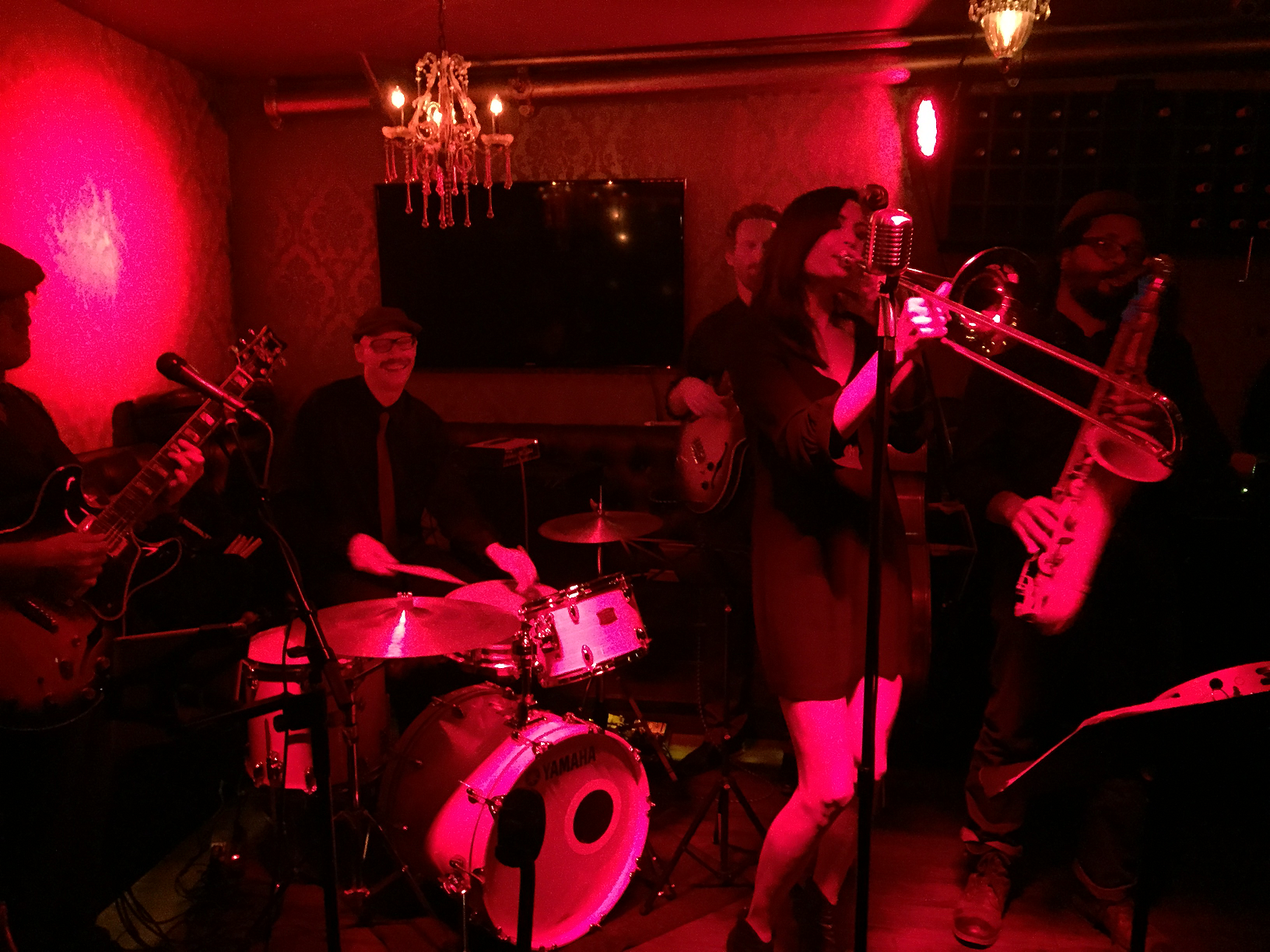 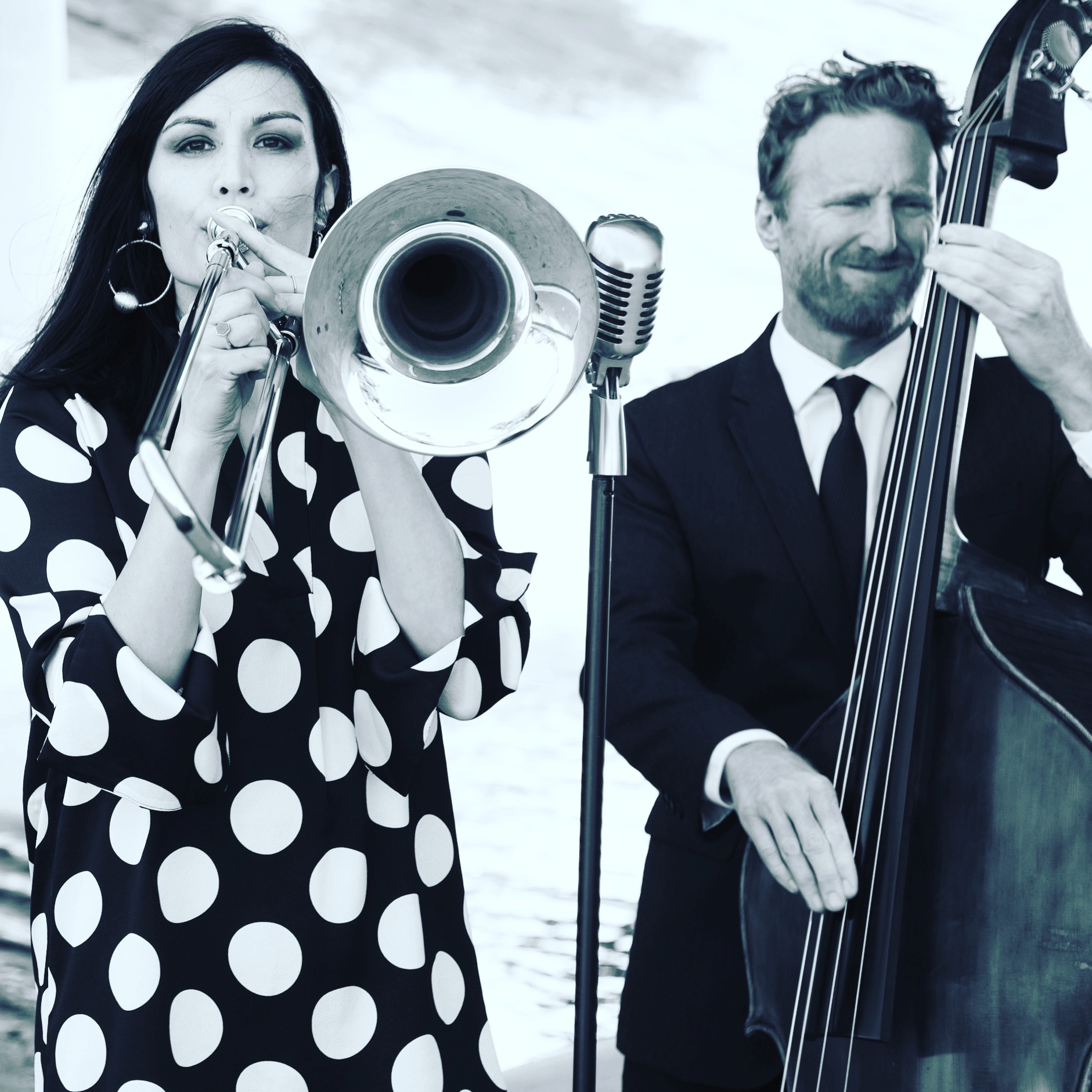 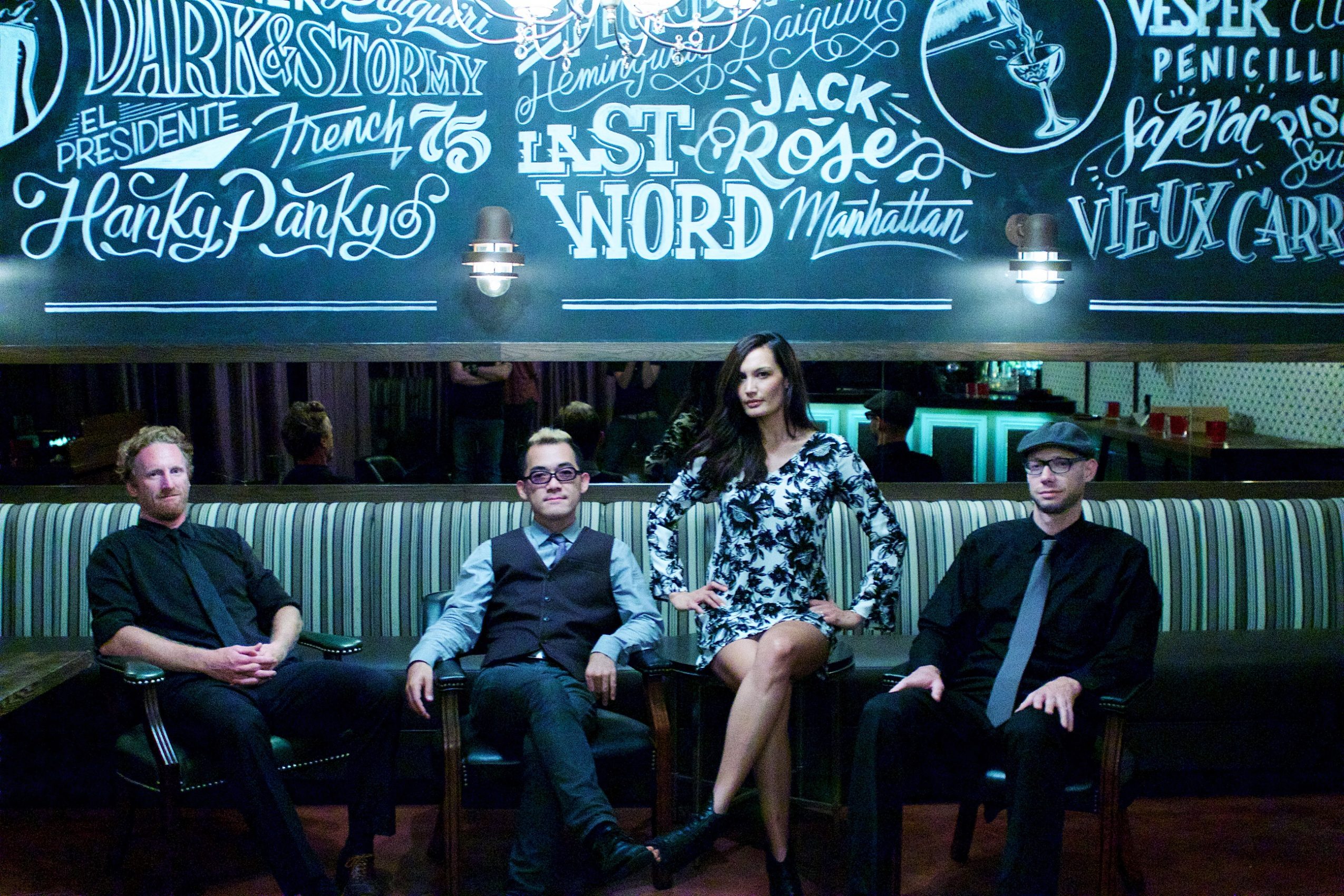 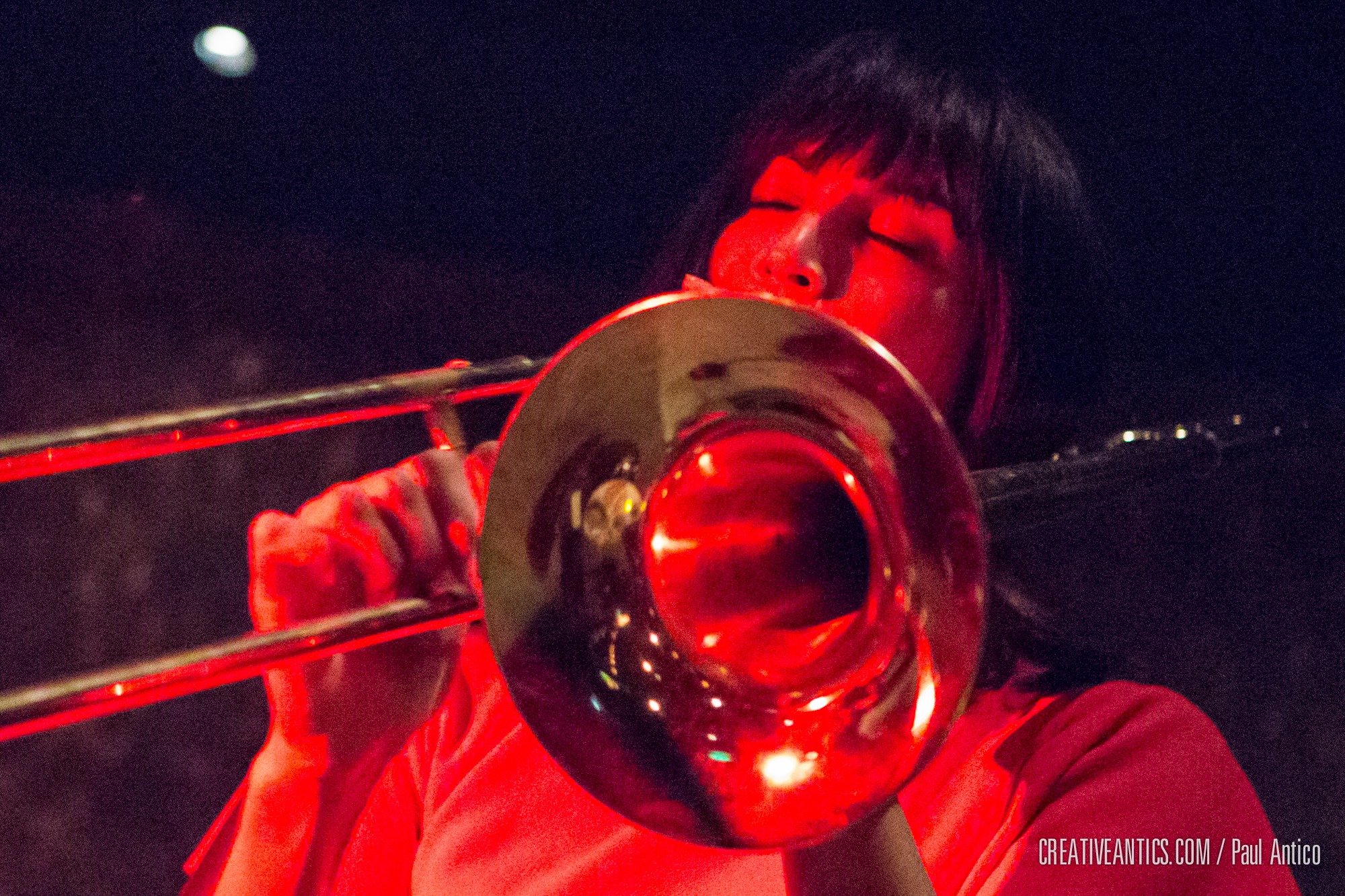