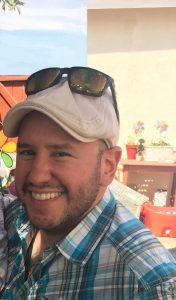 Today we’d like to introduce you to Alan Villanueva.

Every artist has a unique story. Can you briefly walk us through yours?
My love of Character Design and Illustration was rooted from those Saturday mornings during grade school spent waking up early to watch shows like ThunderCats, Batman, Fraggle Rock and The Munsters with a bowl of cereal in hand (preferably, Count Chocula). These amazing worlds, stories, characters and creatures ensnared my imagination and would somehow find themselves doodled along the margins of my handwriting and math schoolwork.

I have vivid memories resting on the floor reading the Frank L. Baum “Oz” books and tracing John R. Neil’s quirky characters one at a time. All serving as my inspiration, I began drawing my own unique creations, from grotesque monsters and gritty heroes to nonsensical creatures. I was captivated and my love for it all was (and remains) unconditional. Soon, I was spending all my chore money on action figures, comics, posters and trading cards which quickly took over my bedroom walls and shelves. I was in love with character design and although I didn’t realize it at the time, it would come to define my childhood and continue to enrich my journey throughout adulthood.

I am so incredibly thankful for my loving, supportive and hardworking parents who showed me the value of dedication and sacrifice by working vigilantly and without excuse to attain my goals. My mother, a Cuban refugee, escaped communism at the age of 14 in 1970 with her family and a single suitcase of clothes. My father, a Mexican immigrant, was challenged with learning English during his childhood while enduring through the LA Riots in his neighborhood in 1965.

They always supported me and believed in my dream to become a professional artist.

To further encourage me to pursue my passion for illustration, they enrolled me in youth summer drawing classes at the South Bay/Torrance Co-Rec Center where I learned more about cartooning, superheroes, and other fundamental drawing skills. With my newfound skills, I began challenging myself by creating new types of media with my original characters, including board games, comic strips, superhero universe’s and trading cards. My proudest accomplishment from high school was creating an original and completely illustrated comic book with a surreal ragtag cast of characters.

I enrolled in Long Beach State’s art program as it stood out to me above other competitive programs and was under the direction of some amazing faculty. I painted, illustrated and sculpted my ass off. I was also blessed to have attained a scholarship which helped fund classes in oil painting, advanced drawing and art history abroad in Firenze, Italy. I received my BFA in Illustration from Long Beach State in 2008.

That same year, I went on to freelance for a Chapman University student film director, Ty Sanga, where I worked as a Character/Costume Designer and Art Director on my first film project – a mythical indigenous Hawaiian tale called, “Stones”. The film would later be screened successfully at Sundance Film Festival in 2011 and that working experience served as a springboard for my career.

After generating all-new artwork and networking at Comic Con year after year, my hard work paid off in 2010 when I joined I.A.T.S.E Local 892 Costume Designers Guild, as a Costume Illustrator. I initially worked on a small handful of characters for various TV commercials, and then landed my first feature film job, Disney’s OZ: The Great & Powerful. Seeing my name in the credits that first time was such an emotional experience for me. That kid with buck teeth and a daydreaming problem was now working professionally on feature films. The sacrifice and perseverance my immigrant parents instilled in me has helped set me along this exciting path. Now, ten years later, I have expanded my interests and passion for character and creature design to designing props, robots and sets/keyframes. I am able to immerse myself into a new world every day, just as I hoped as a child.

Other Film and TV credits of mine include: The Tomorrow War, Loki, The Falcon and the Winter Soldier, Army of the Dead, Watchmen, SEE on Apple TV+, Titans, Doom Patrol, Black Lightning, The Nutcracker and the Four Realms, Jumanji: Welcome to the Jungle, Passengers, The Man in the High Castle, Star Trek Beyond, X-Men: Apocalypse and Hunger Games: Mockingjay.

Please tell us about your art.
I am a Concept Artist who envisions and creates new and original character designs for the Film and TV industry. I produce illustrations of photo-realistic characters and creatures.

My job involves far more than just drawing, as I need to constantly research the characters to accurately illustrate their clothing and props. Some things I consider when working on a character illustration include the time period they exist, their environment, the personality/disposition, and their strength or weaknesses. I search for any information or dig into my own mind to depict my character as real as possible.

For the majority of my illustrations, I draw, paint and sculpt them digitally.

Zbrush is a great program I use to turn my creations into 3D models and oftentimes, I use Photoshop to sketch ideas and paint. Vellum pads with pencil and my Cintiq QHD widescreen pen display by Wacom also helps me get the job done every time.

My goal is to captivate and inspire others with my illustrations and designs as they did to me when I was a kid. I love my job because it provides a new challenge to mold and shape my characters in unique ways. The nostalgia for it all keeps the high going.

We often hear from artists that being an artist can be lonely. Any advice for those looking to connect with other artists?
I thoroughly enjoy speaking to young students about what I do because a majority of them do not know that being a Concept Artist can be an attainable profession if they enjoy drawing and being creative. I didn’t know it existed until I was in high school and I’m hoping by these opportunities such as these with VoyageLA, I am able to share my story and help others find an artistic career path earlier on in their lives and discover happiness pursuing what they love to do, draw.

There are so many avenues to learn about and become inspired by other forms of art. You can easily locate via social media and web searches, an artist’s latest work and connect, if possible.

In our modern world, with the far-reaching arm of technology, it makes it incredibly easy to access helpful information.

Cities like LA can continue offering artistic networking opportunities, programs and communities that collaborate in creating new forms of art. This assists in allowing people to expand their artistic communities and “families.” I’m forever thankful for mine and all the artists in my life that helped enrich me and my artwork and help me to attain my personal goals. 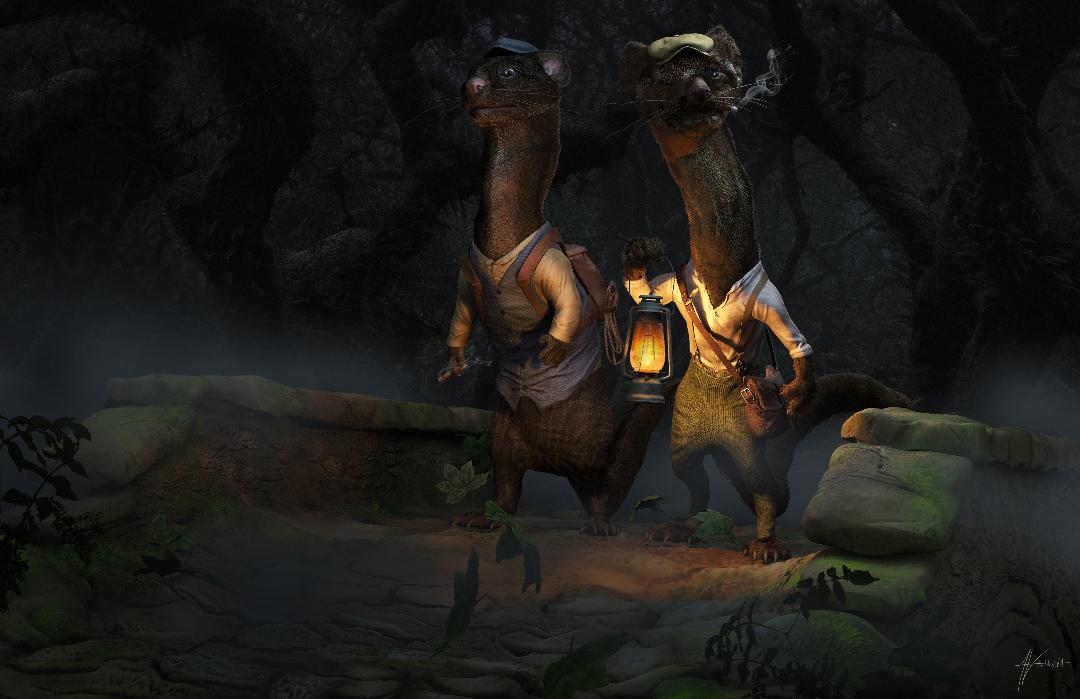 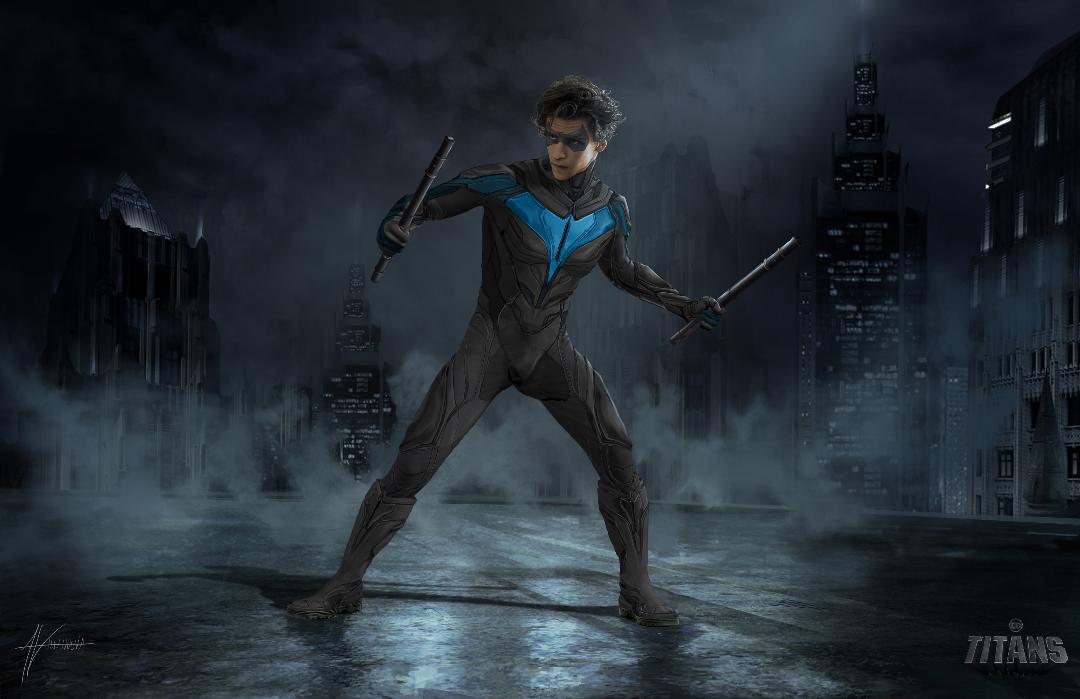 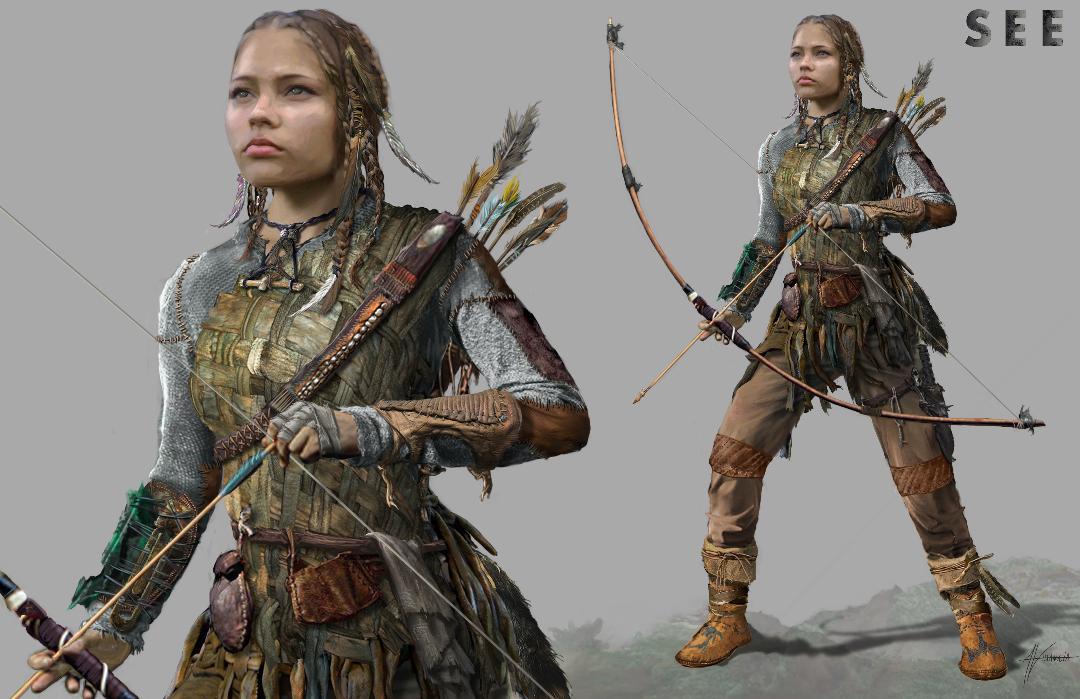 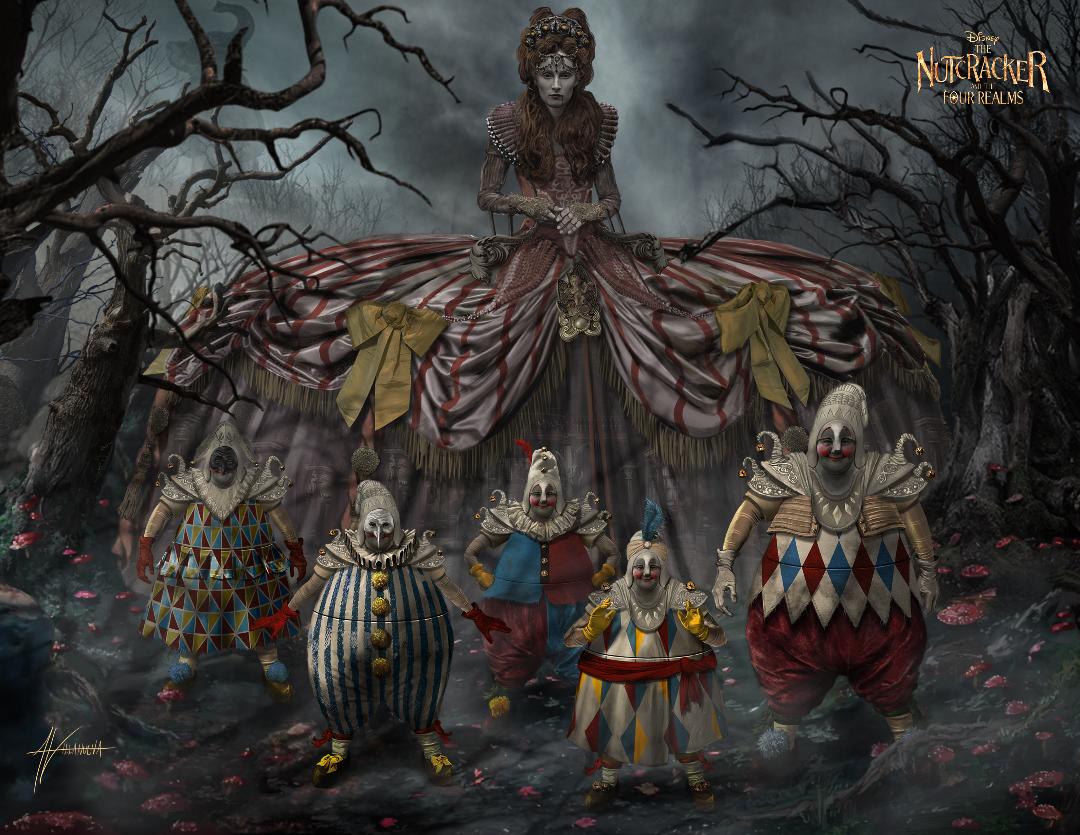 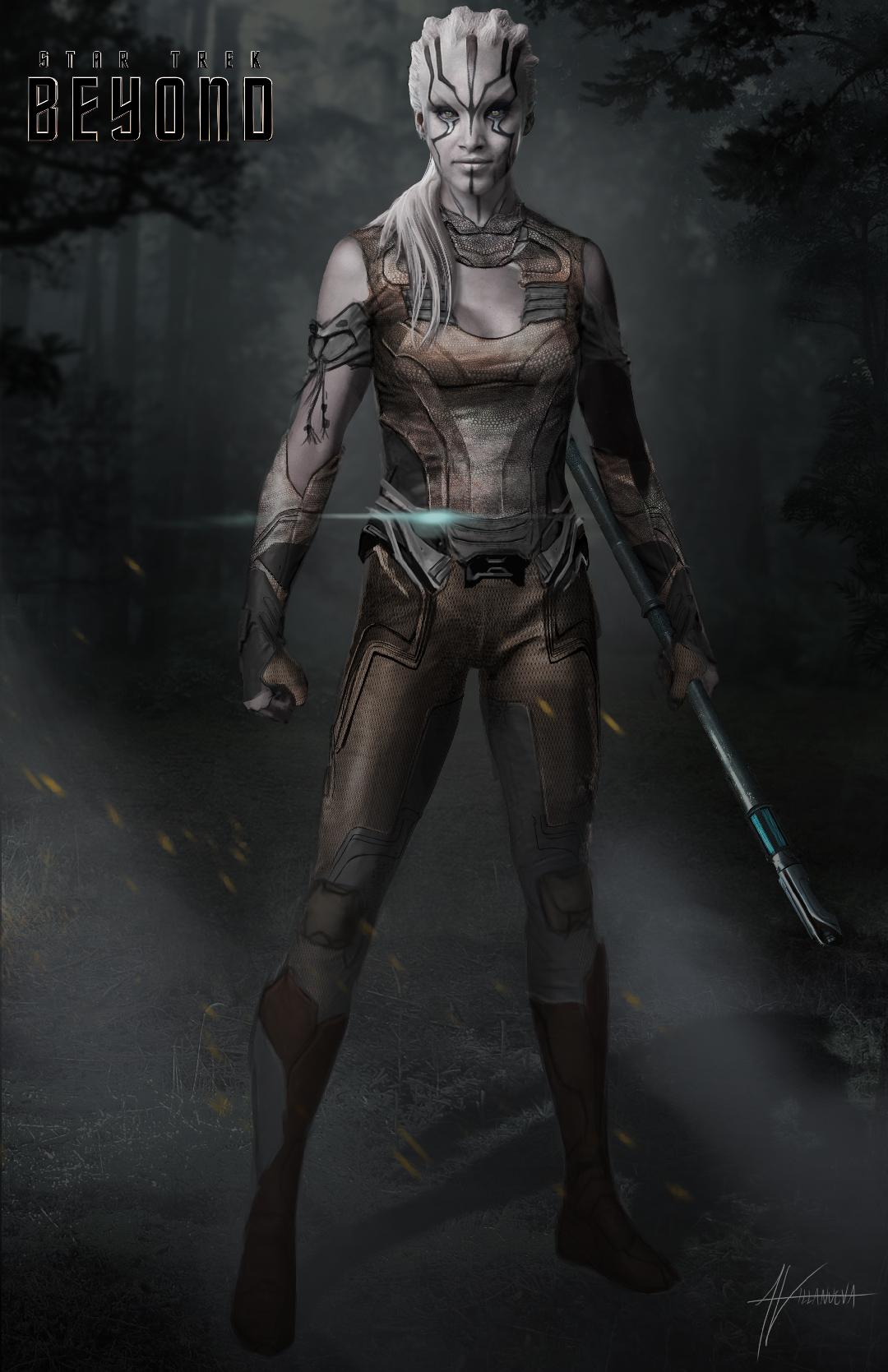 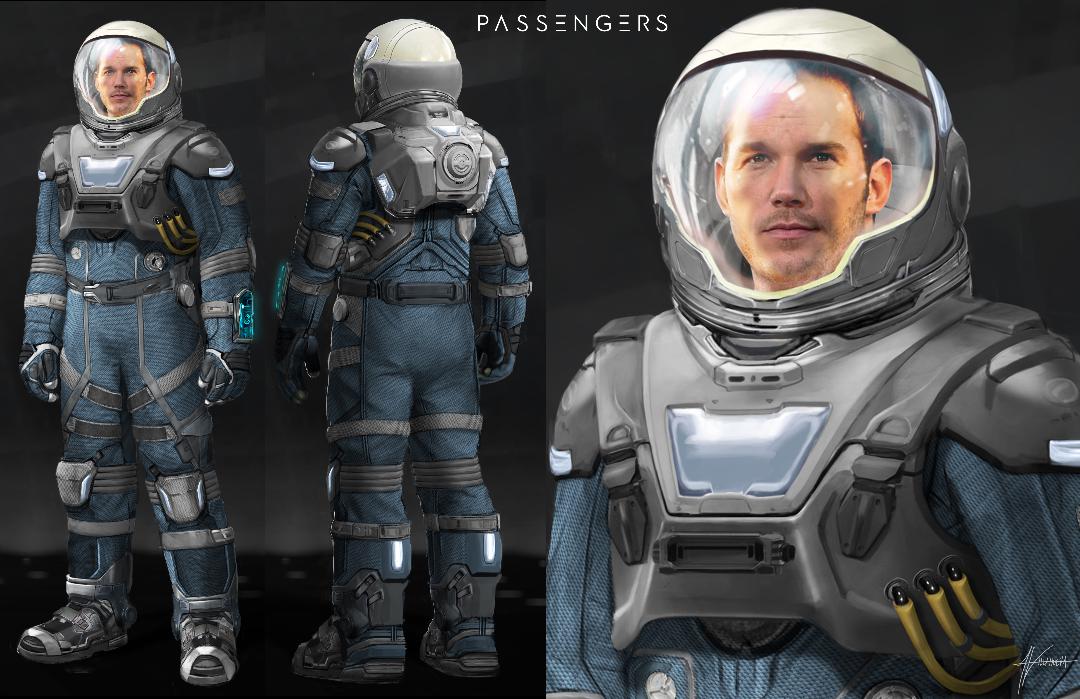 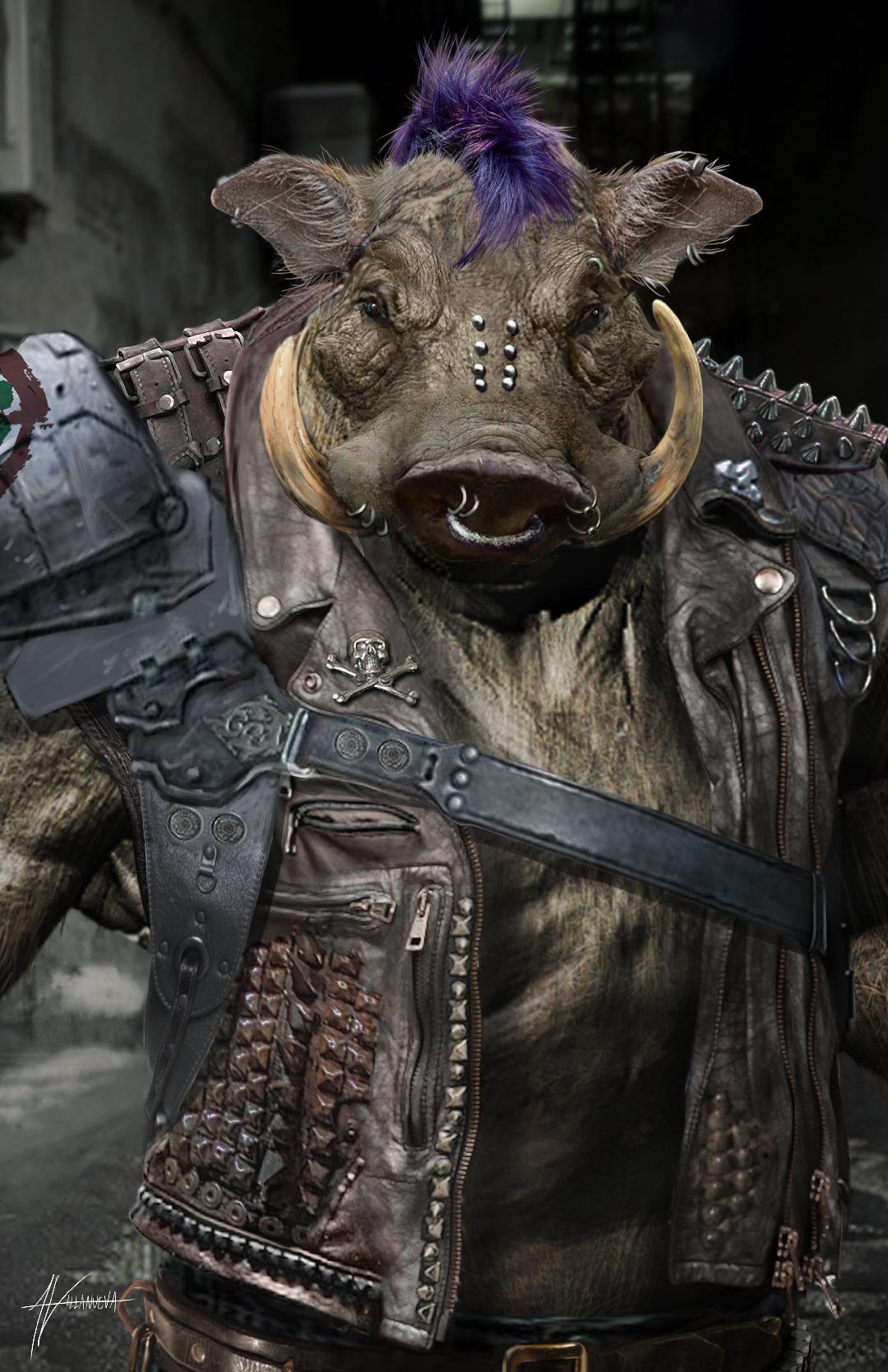