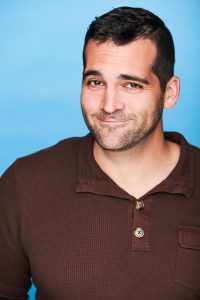 Today we’d like to introduce you to Alan Squats.

Alan, let’s start with your story. We’d love to hear how you got started and how the journey has been so far.
My older brother introduced me to Pearl Jam when I was in the fourth grade so that is where I think my curiosity for performing began. One night he wouldn’t let me go to sleep until I sang the chorus for “Jeremy.” We had just watched the music video for its debut on 120 Minutes, hosted by Matt Pinfield and I sang the chorus like 20 times before I went to sleep.

I used to buy bootlegs on VHS of KoRn and obsessed over their live performances. One of my friends used to brag to me about how he could steal anything from the mall so I told him to prove it by stealing me the “Who, Then, Now” video by KoRn or else he wasn’t a man of his word. Lol. He did. In the eighth grade, I bought an Ibanez and started playing bass in original rock and heavy metal bands. I eventually became the lead vocalist for The Sotto Voce Band and The Scarlet Scourge later on through high school and college.

As far as comedy goes, I was raised by parents who believed that laughter was the best medicine. My dad was a teacher and my mom dressed up as different Disney characters for children’s birthday parties. My mom’s performer’s name was “Annabelle the Clown.” And If you called my house during the 90’s and got the answering machine, you probably thought you called the wrong number. “Don’t hang up! You’ve reached Annabelle’s Entertainment Center. We specialize in dressing up for kid’s birthday parties and will do whatever it takes to make their birthday party special! We got Mickey Mouse, Mini Mouse, Barney. Goofy, Little Mermaid, and lots more! Leave a message after the beep! Oh yeah, it’s also the Squatrito residence [unenthused].”

I’ve always wanted to get into acting and stand-up comedy but music took up most of my downtime while in college. It wasn’t until a girl I was seeing broke up with me and the band I was in also had broken up that I found a chance to dive into acting and stand-up. I was bitter at first but realized those breakups were a blessing in disguise because it catapulted my acting and stand-up comedy career. I started taking various acting classes and practiced stand-up comedy in and out of New York City. Despite bombing on stage and failing auditions left and right, I still enjoyed the process of it all and I knew those reps were helping me get better as a performer/artist. After two and a half years, I put on my own solo comedy and rock and roll tour across the country on my way to Hollywood. I came to Hollywood and was like, “Yo, I’m here Hollywood!” LA was like, “Get stuck in traffic and wait in line like the rest of us, noob.” LA county has 15 million people in it which is more than the population of most states in the country. I def didn’t know what I was up against. If you make it on a Billboard in LA, another one takes its place a week later. Aside from loving to perform and getting better at it, finding a community, meditating, working out, and having mentors has really helped me along the way. Eventually, I got some really good acting credits and started to get paid to do stand-up. You can check a recent show I am in on Netflix called “100 Humans” and dang, follow me if you want: @alansquats.

Overall, has it been relatively smooth? If not, what were some of the struggles along the way?
Haha. I don’t think comedy and smooth go together well unless you’re the next Jamie Foxx who can do anything and dominate at such a high level, seemingly at ease. The more you practice, the more things go smoothly with anything in life as a general principle, I believe. You gotta bomb before you can dom. Dumb. I promise not put that on a shirt to sell as merch. I bombed a lot. I feel like I’m bombing right now. I remember making fun of small Asian penis when I was a lot more hack than I am now and this Asian dude in the audience looked at me with such disgust, then I tried to make him feel better by telling him my penis was Asian too. I was like, “Sometimes when I wear tight pants, it looks like you could see my cameltoe, so I get it man.” That didn’t work AT ALL. I powered through the pain and disappointment though. You have to. As a comedian, you can’t get worried about offending people, you gotta know that you’re intentions of bringing laughter and love into the room is number one and that is why you are there. If you try to appease everyone you won’t appease yourself and get a chance to understand your own voice as a comedian.

TOUGH CROWDS!! They are a thing. Sometimes crowds don’t even want to be there in the first place and you have to open them up and get them vulnerable to be open to listen to your funny. That’s when your crowd work tool belt has to come out. One time I had to perform for an all-black crowd and I was the only white person in the room. The female host was making fun of me before she called me up on stage and threatened to take me off the bill of performers because I was white. Everyone started cracking up. I also rocked a mustache at the time so some black guy looked at me right before I went up on stage and goes, “Man, you look like a cop!” I didn’t say anything. I felt the pressure though. My back was against the wall and I was def nervous as shit, Finally, the host called me up to go on stage. I address the elephant in the room and go, “I’m so grateful to be here! Actually….no I’m not. I feel like I’m in a white version of the movie, “Get Out.” Thankfully, everyone lost it. I went from being extremely hated to extremely loved within 8 seconds and had a really good set. That was insane.

We’d love to hear more about your work and what you are currently focused on. What else should we know?
Yikes. Uhm this is something I need to get better at. I don’t have merch. I just have a bunch of marketing pitches I use to get auditions or to get myself shows with. This COVID thing has changed things a lot lately so trying to survive through this pandemic is taking priority. I was thinking about getting back into podcasting again but haven’t dedicated enough thought into a certain theme that provides a certain level of value I’d want for audiences just yet. A lot of thought must go into podcasting if you’re gonna have your own podcast unless you are already an A-lister. A lot of people walking in clown shoes just press record and go. Yuck. That always has and will bother me. In terms of setting myself apart from others…that is a tough question for me to answer because in a weird way, I don’t like to compare myself to others but I guess the influence my parents have on me, my experiences, and my fingerprints are something that sets me apart from others. I think I bring a loving, joyful experience to the table when I do a live show and it is contagious when I get on the stage. Also, I play guitar and sing really well so that is a nice color to add into my sets.

If you had to go back in time and start over, would you have done anything differently?
Love these questions. Nothing. I had to make the mistakes I made to learn from them. That’s how I learn best by doing. Maybe I would have started doing comedy at an earlier age but then again, that would have taken away from my music experience, perhaps? I think I wish I knew how to read people better. I got myself into a lot of situations because I wanted an opportunity and believed everyone I was involved with had good intentions for the greater good. I am really gullible and naive so I had to learn the hard way from getting burned by people in the industry. Being too trusting can backfire on you, it has happened to me time and time again. Oh yeah, I also think one more thing I would have done differently was read more comedy books and watched more comedy documentaries when I was growing up. Knowledge is power. 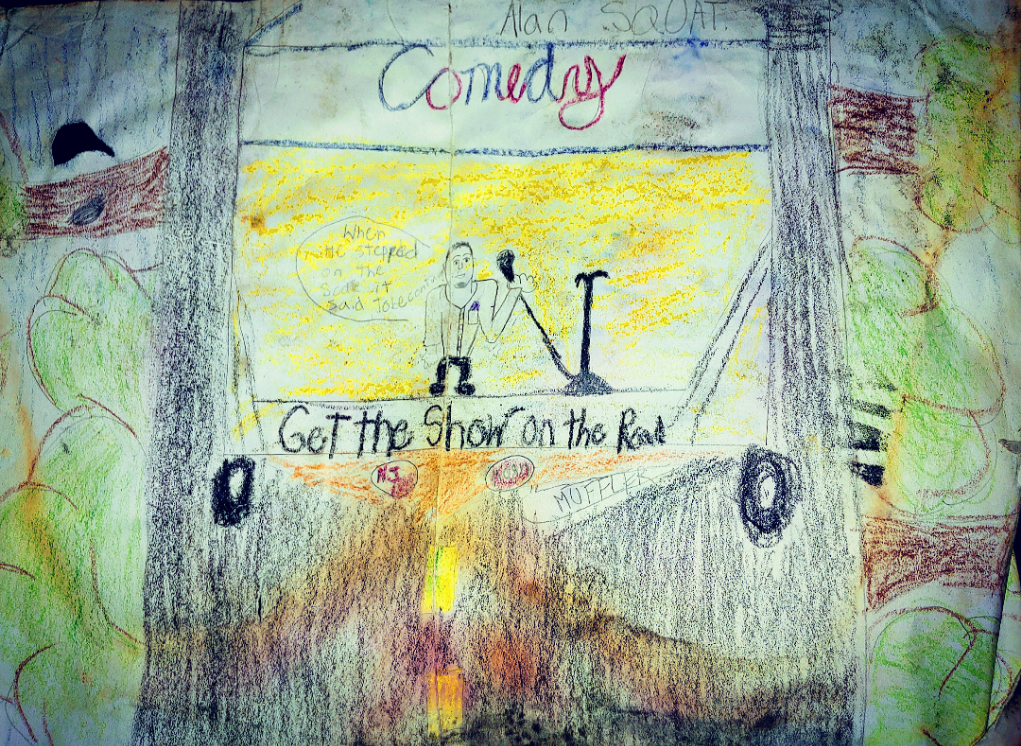 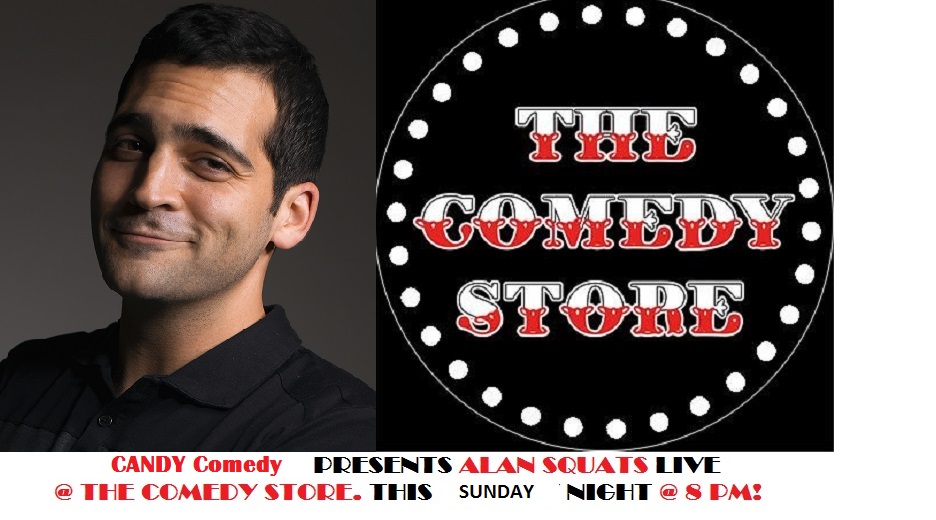 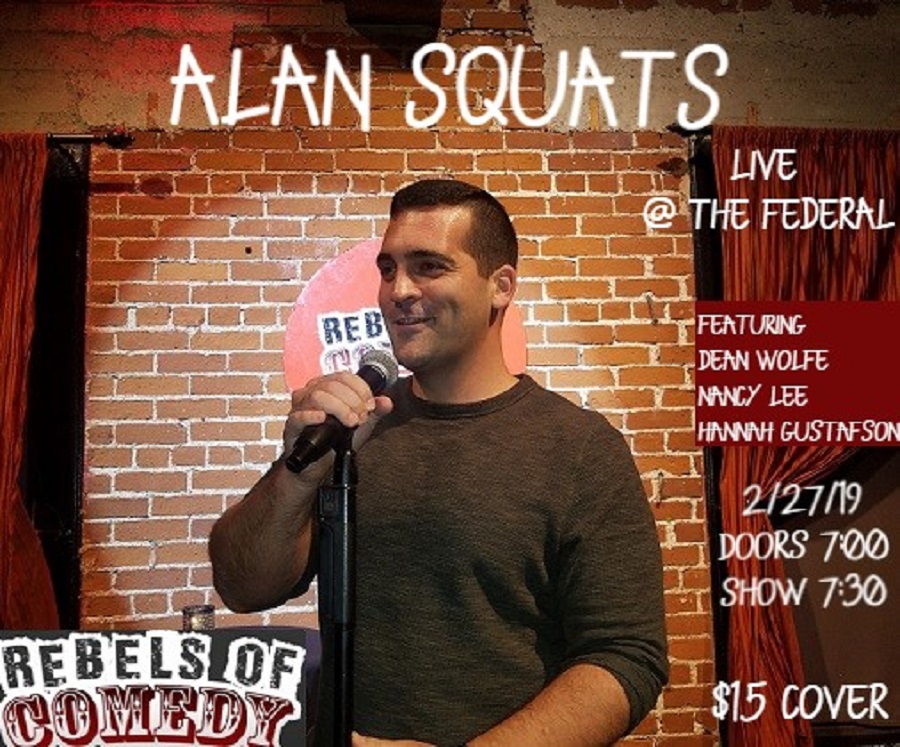 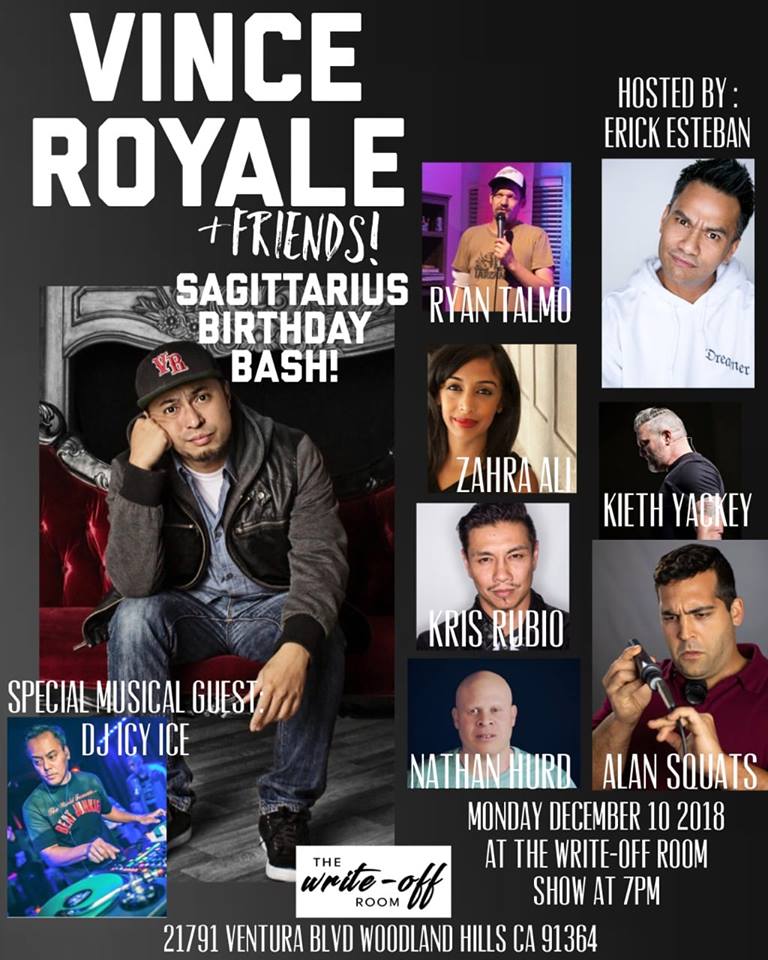 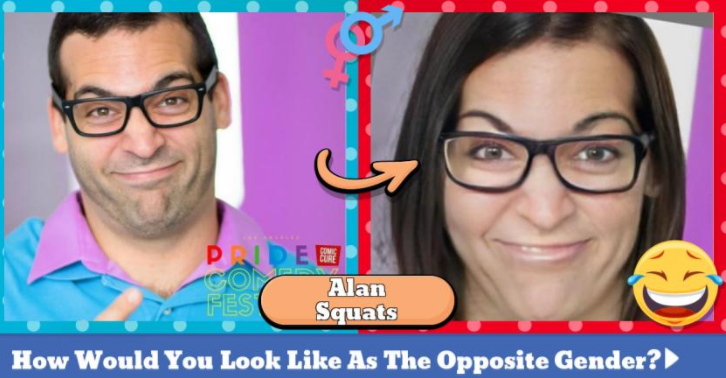 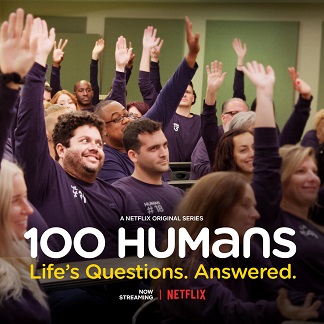 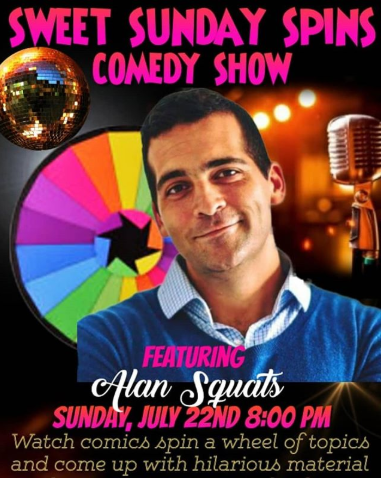