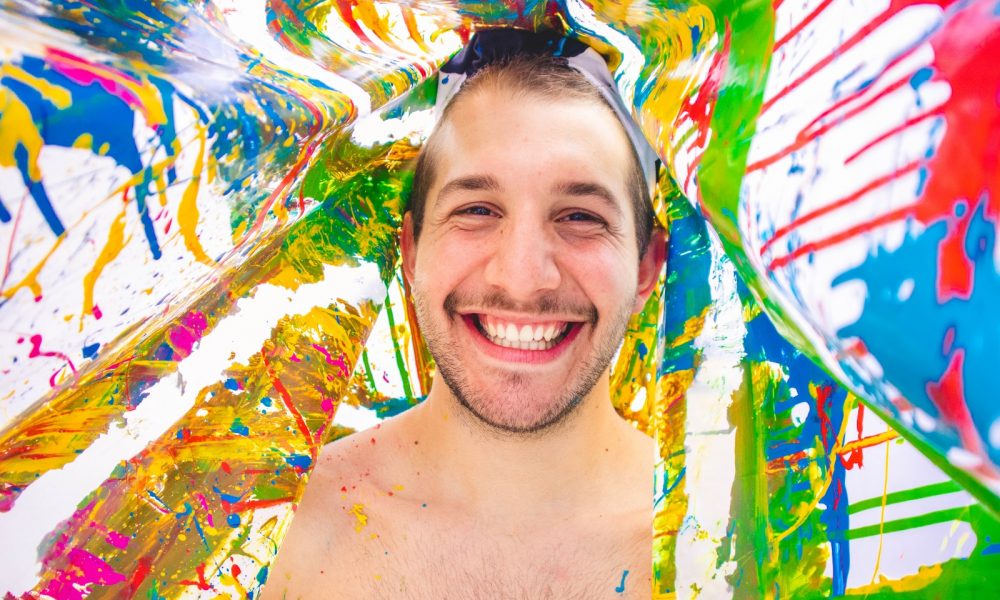 Today we’d like to introduce you to Alan Corvaia.

Alan, please share your story with us. How did you get to where you are today?
I grew up in Venezuela, a country where artistic dreams are mere fantasies one can only contemplate in movies. Yet, I was blessed to be raised by hardworking family who provided me with the best education and resources one could possibly wish for. As a young boy, I was an avid mimicker of people, for no particular reason, I just enjoyed observing and copying people’s behavior. But by 2009, this hobby of mine took a rather interesting turn when I started mimicking Michael Jackson’s dance moves shortly after he had passed away. In no time, I was dancing and jumping around like him, I was obsessed by his intricate motions and his stage presence.

The next thing I know, I’m thirteen years old and I’m dancing in front of my whole school at the annual talent show. From that day on, I became known as the Michael Jackson Kid. I started dancing at Pep Rallies, school events, film skits, and even parties. An opportunity led to the next and I became the show host of my school’s newscast. I learn to write skits, produce, and edit video segments. Then that led me to starred in my school’s production of Beauty and the Beast, and so on and so forth… It felt amazing to nurture people with my art, yet I never took it seriously, “An artist? Me? No way” At least not until my life changed December 29, 2014.

When my dad passed away, it all came pouring down like an avalanche, there was grief, internal family rupture, economic problems, and on top of that, the situation in my country kept on deteriorating more and more. Yet amid all the chaos, my dad’s words kept resounding in my head saying, “Yes, you can… you can do what makes you happy” It was during that time where I let go of all social judgment and decided that I wanted to be an artist. I began to dig deeper into what I felt passionate doing like dancing, acting, and recording videos. In 2016, with the help of my family, I left my country to culminate my senior year of High School and pursue an artistic career abroad. I did my Senior year of High School in South Florida, in a place where art was welcomed and encouraged. I felt for the first time that my dreams and delusions of success weren’t that crazy after all. I had friends that push me to be the best I could be and encourage me to pursue the goals that I wanted. I went to a “Thespian State” for the first time and I acted in a “Cappie-Award” winning show—I even earned myself one of those awards. Despite me never having seen it before, I knew my next step lied in Los Angeles. Thus, in the Fall of 2017, I began my college career in Loyola Marymount University as a Theatre Arts Major and Screenwriting minor. And for the past three years, it has been nothing but precious memories and evolving experiences.

The summer of 2018, after having finished my first year at college, I was overwhelmed with the desire to express and construct a message that will carry on to people and inspire them to do good. It was in that summer where the first idea of “98% Original” began. I started customizing clothes with a message behind each piece of clothing, yet part of me didn’t want this to become a “clothing” company or even a “company” per say. I wanted this to be something far more meaningful than clothes or money. So, in the summer of 2019, after having experienced the artistic freedom of European culture, I found the missing puzzles to this bigger idea. I realized we all come to this world with the gift of creativity, a gift that allows us to stimulate our imagination and manifest what we imagine. Thus, if this gift can be nurture and reinforced for the collective good, then we can learn to foresee past any of our ideological differences and collaborate with each other to spread love and find happiness.

So on August 28, 2019, I gave birth to 98% Original, an artistic movement in charge of unifying people from all walks of life to nurture their creativity together and achieve this overarching message. By working on our creativity, my aim is to help people unleash their freedom of expression, cultivate empathy, and reinforce their faith in themselves and their idea of God. This movement thus far has grouped people from different parts of the world and has empowered them to create cohesively and communicate their ideas without any fears of judgment. Today, I’m headed towards my senior year of college with a lot of ideas to communicate and dreams to accomplish, yet I’m determined to making this world a better place every step of the way… not alone but in cohesion with the world and our power to create.

Has it been a smooth road?
The matter of this question tempts me to bluntly say, “No, it hasn’t” After all, it can’t feel smooth if it wasn’t rocky. Yet, the fact that I am alive doing what I love, and writing this for you to read makes all past struggles seem smooth. I believe every trauma and struggle we encounter on our lives is part of our journey towards manifesting our dreams. As a kid, I was bullied for being artistic and different, yet that is what pushed me to embrace my art and go to a different school that welcomed it. When I was 10-years-old, me and my family were mugged in our house, they took everything, but they didn’t take our lives… thanks to that, I started contemplating a life abroad. A year later, when my grandfather was murdered, I began to understand the importance of familial love and why we should cherish it.

When I moved to U.S. I was harassed for being Latino and assaulted by police officers for thinking that I was a criminal, yet that’s what has given me a sense of personal identity. And every day since my dad passed away, I’ve learned to nurture my faith and cherish the unique moments that life offers me. Even “culture shock” has opened me up to exploring other cultures across the world. Today I can say, “I’m grateful for all the good and the bad that I’ve experienced in my life” But of course it was not easy, and I don’t think it’ll ever be. Plenty of times we won’t have a direct answer to our problems and at times, it might feel like we are lost in a fog, but the truth is you are not alone… there will always be a greater force supporting your life, blessing you with people that will shed light unto your journey to remind you: that YOU are the only one with the strength and courage to rise above the struggle and the pain, that YOU are always going to have a choice, and it’s up to YOU to stand up and keep going.

As my dear friend once told me, “let us use the past as a trampoline and not as a sofa.”

Please tell us about 98% Original.
I created 98% Original with the intention of forming a collective movement where the entire world can potentially be part of it. It is meant to enlighten those who think they are not “creative,” to help the artist expand its imagination, and to unify people for the common good that will keep on inspiring generations to come.

The name “98% Original” is inspired by the idea that everything we have accomplished as a specie has been a product of another previous idea. Think about it… Shakespeare wrote Romeo and Juliet after being greatly inspired by Arthur Brooke’s poetry, Albert Einstein wouldn’t have come up with the Theory of Relativity if it hadn’t been for Newton’s laws of gravitation, if there hadn’t been a Verrocchio there wouldn’t have been a Leonardo Da Vinci, so on and so forth.

98% Original functions in several ways, there are subdivisions to the movement where group collaborations take place. For instance, there is a fashion subdivision with the aim to create apparel. Yet each clothing article is inspired and created in collaboration of different artists, where each collaborator is not necessarily a professional “clothing designer” but has shown interest in expressing their creativity through the inseams of a garment. The same takes place through other mediums of creation such as film, painting, photography, music, dance, and even cooking/baking. Where collaborations take place between people who are not necessarily specialized in the subject but have shown interest in expanding their creativity through it.

98% Original holds Creative Gatherings which main goal is to provide a space where artist feel safe being vulnerable and trying new things. It also works as kind of workshop, where artists can share ideas freely and inspire one another. Our meetings usually start with group exercises that stimulate creativity and enhance teamwork, then we move unto individual or group sharing. In this meeting, people are welcome to share anything they want from a single idea to an entire feature film script. After every member has shared, we usually ask questions or share constructive criticism to help each other grow. Amid the Covid-19 outbreak, these gatherings were transitioned to an online platform which allowed us to further expand our collaborations and connect with other artists around the globe, including artists from Mexico, Madrid, and Russia.

Finally, 98% Original is also working on building a Creative Studio with the aim to provide people with a space where their creativity is constantly stimulated. This will consist of interactive games, cooking/baking, active play, and group creations that empower freedom of expression, stimulate empathy, and reinforce self-love.

How do you think the industry will change over the next decade?
There is a lot of change taking place right now. Rage, hate, and fear have been building up for years and now, they are bursting out in all directions. There is no doubt artists will play an important role in ceasing this fire and constructing a better future with what they communicate… but there is also no doubt that the system itself will shed its old skin and grow a new one, a meaner one, and keep infecting people with hatred. Now, more than ever, we need to come together and set aside all competition (and I mean this in all professional fields). Instead, we must invest our energies in creating and forming alliances/collaborations between big and small companies and organizations, where no one is fighting to feed their ego, but rather working together to cultivate and encourage human evolution.

My aim is that with 98% Original we can cultivate our idea of love and creativity and use it to break through the barriers of language and idealism and terminate this hate. This movement is meant to use our creative intellect as middle ground between different cultures and countries, where we can learn to listen and communicate without necessarily possessing the same belief systems.

To work towards this idea my goal is to institutionalize 98% Original Creative Studios, exhibition galleries, events, and stores across different countries. Essentially, creating spaces where people from all walks of life can have a shared experience and nurture their creative instincts to further inform their life’s journey.

My hope is that  98% Original can live on through time, helping and nurturing humanity so that one day we no longer kill each other over our skin color or exhaust our whole lives pursuing materialism… but rather living for love, blissful, and in continuous evolution. 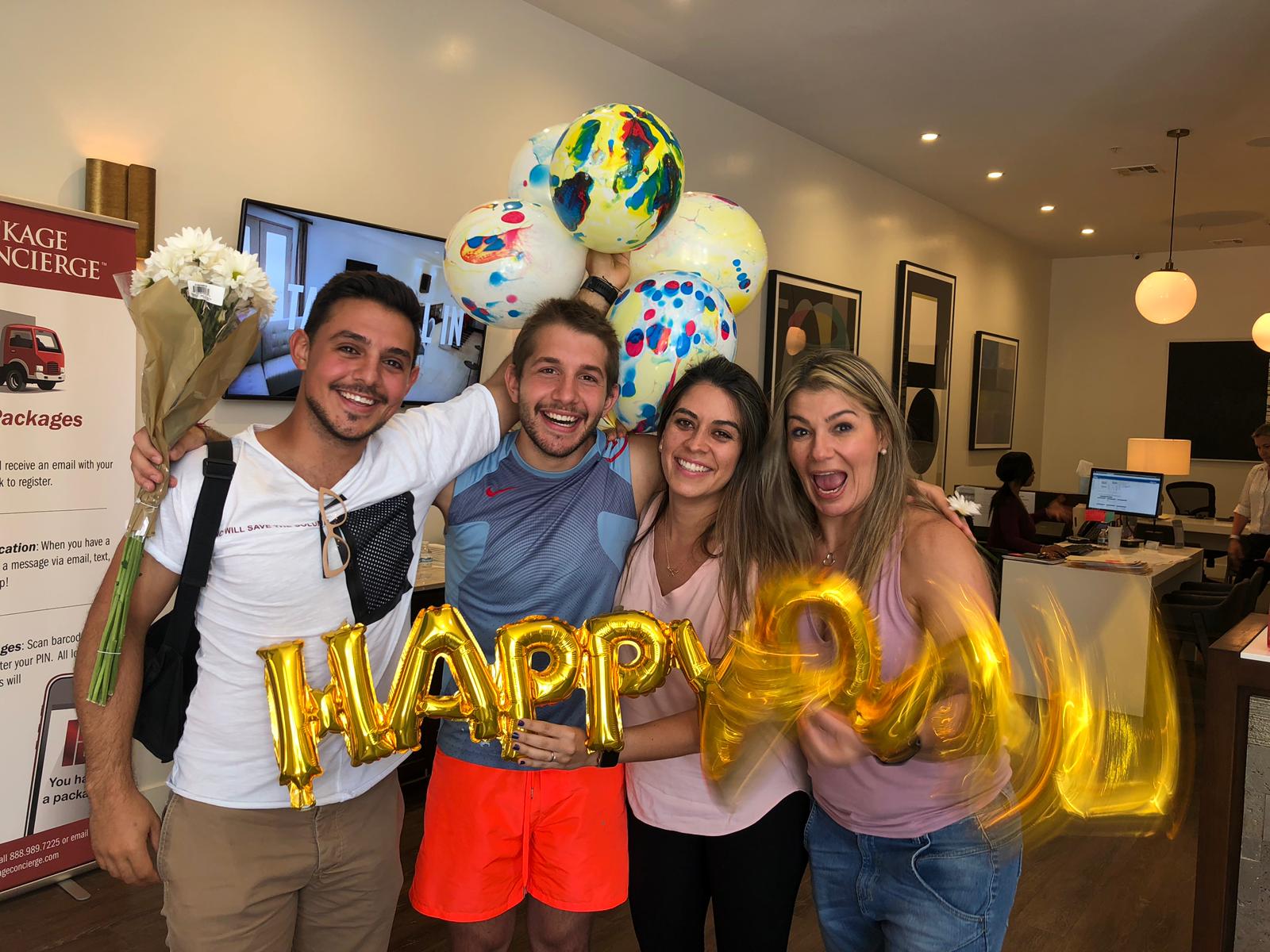 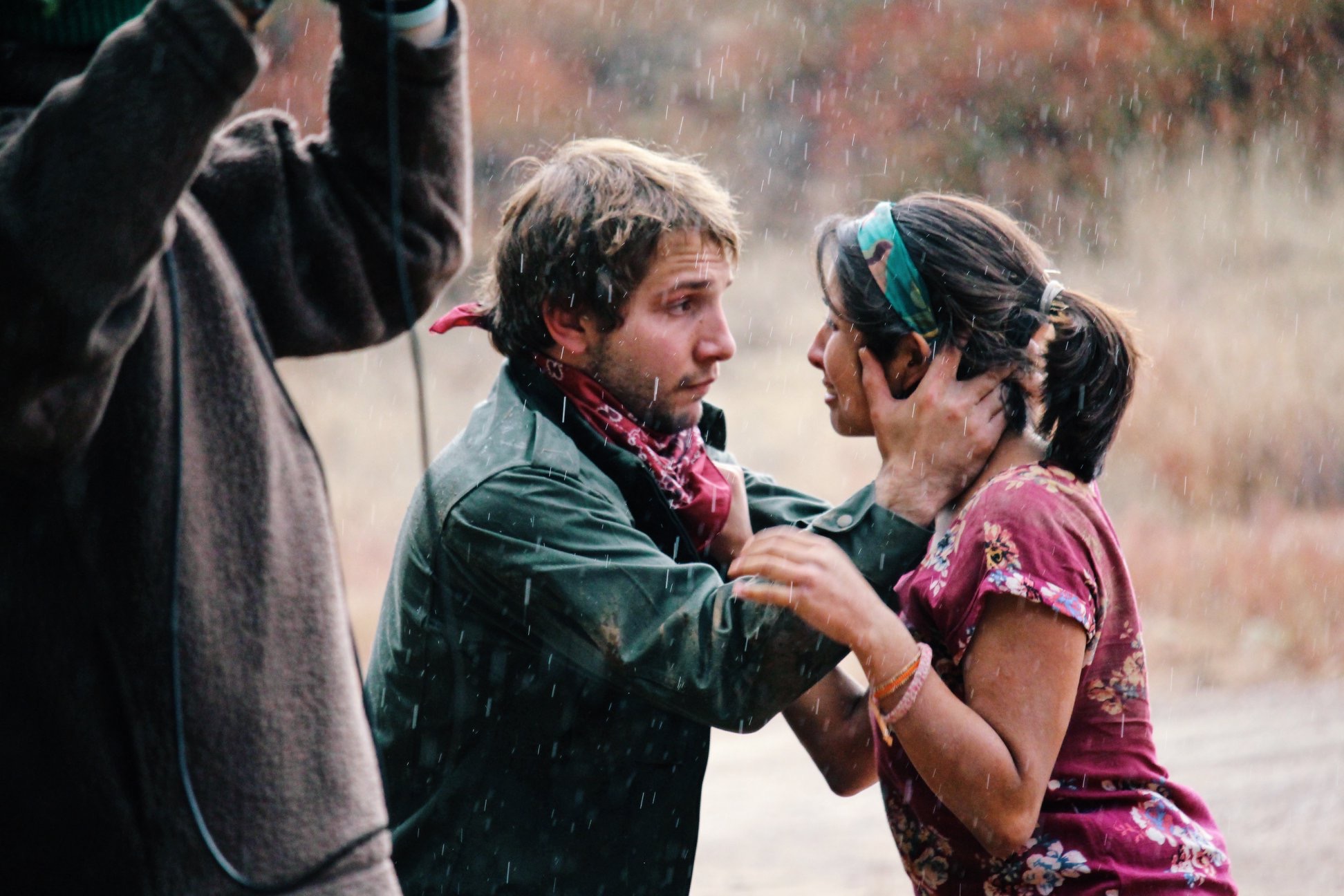 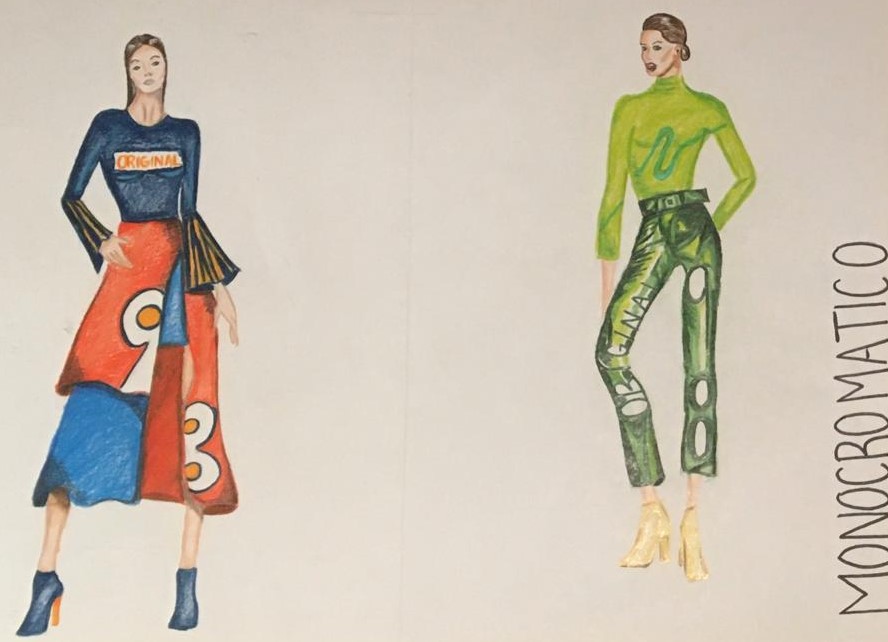 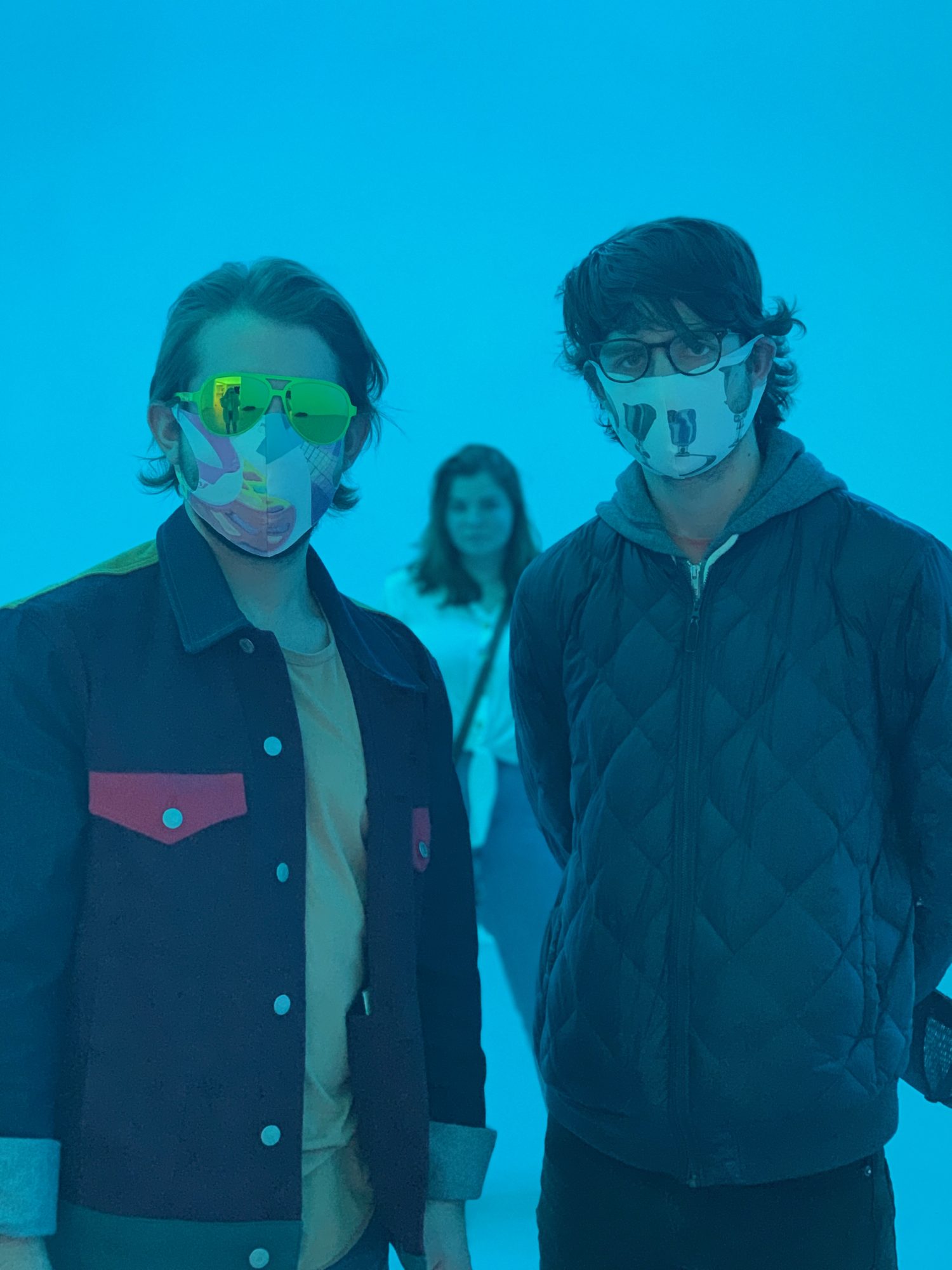 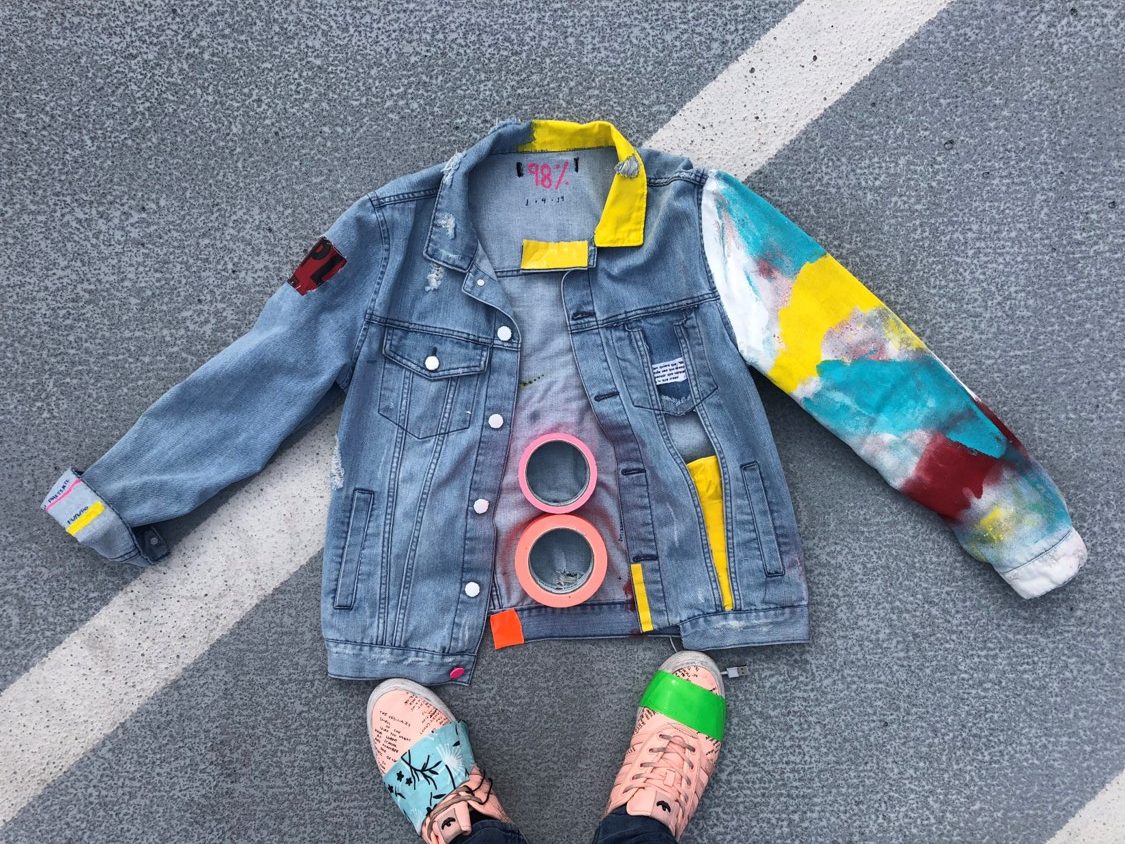 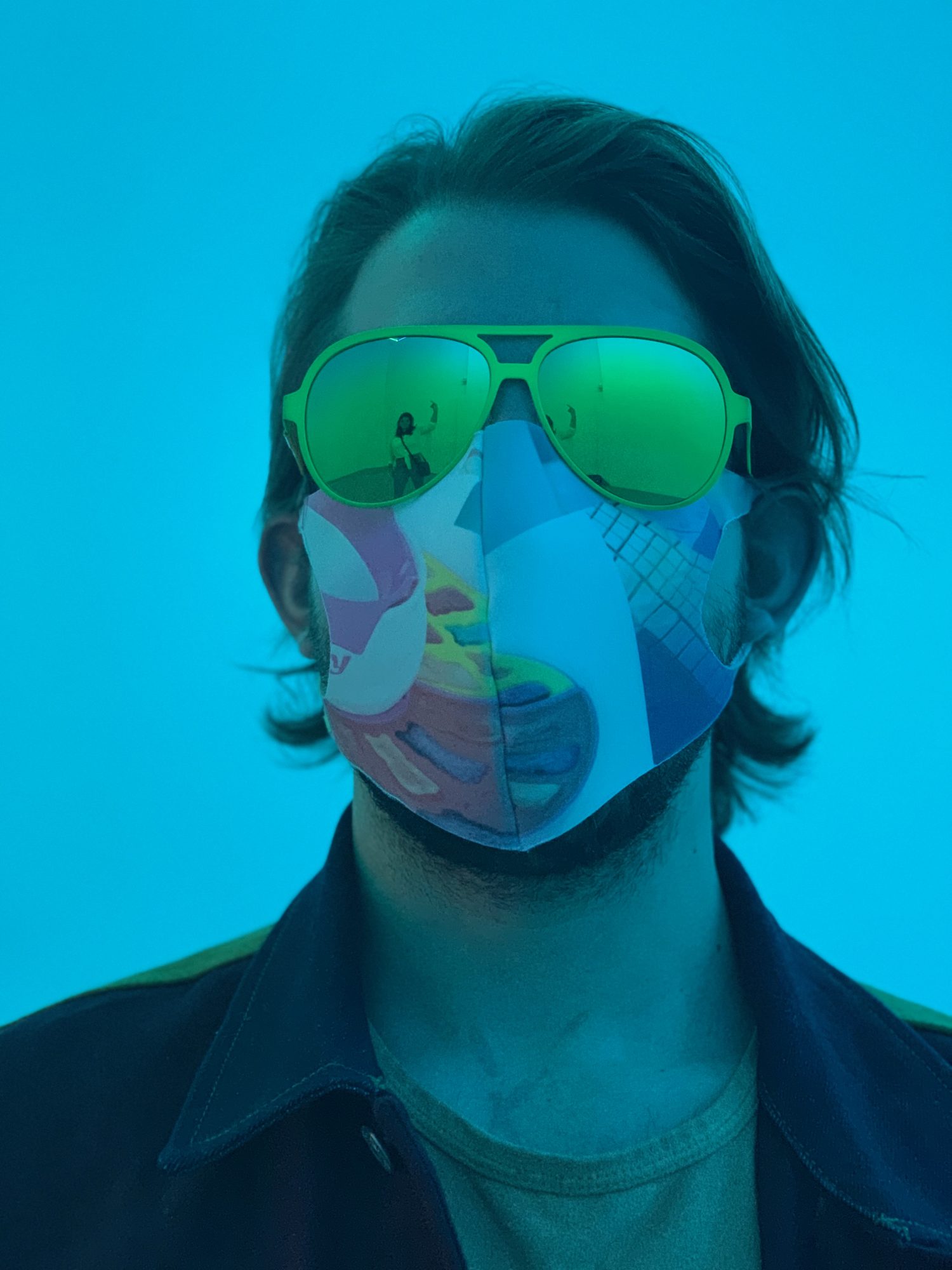 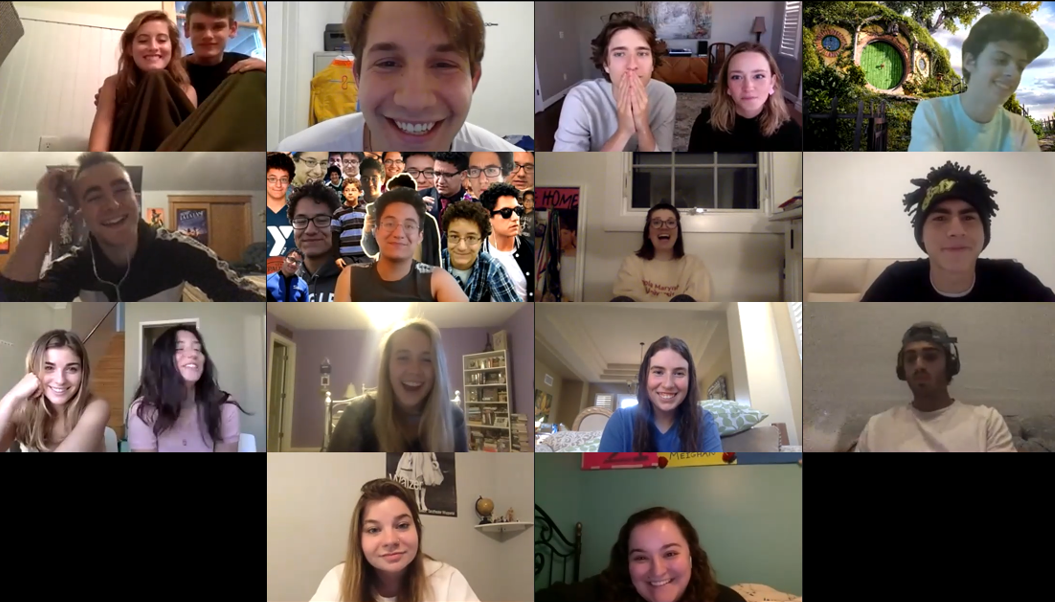