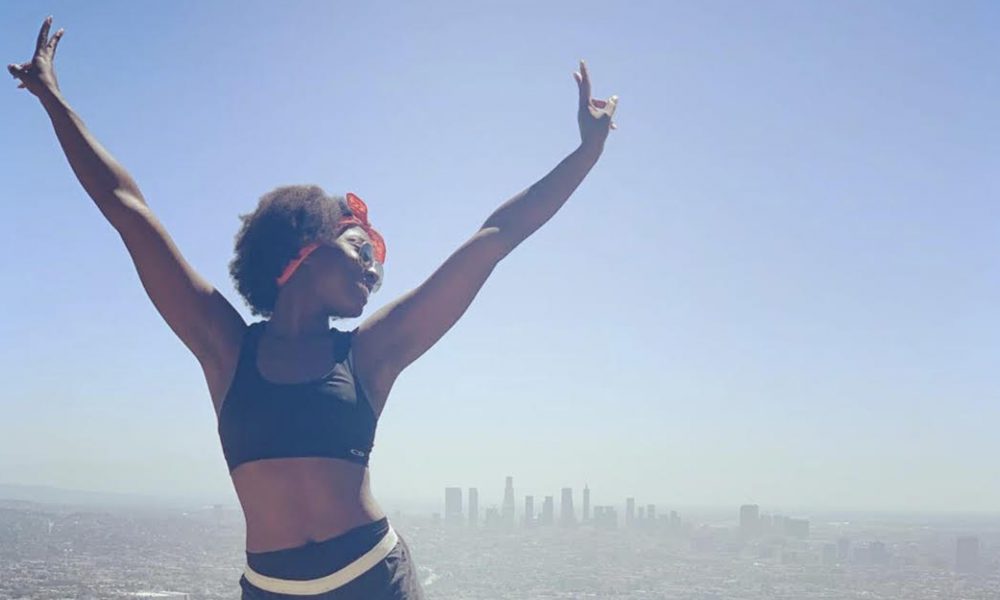 Today we’d like to introduce you to Ajima Cole.

Ajima, please share your story with us. How did you get to where you are today?
I started with dance, choir, sports and acting all at the age of seven. As a child, the most important thing to me was performing in front of others, in any art form, so of course, as an eager child, I chose all possible ways. At a young age, I became involved in a program at my elementary school called “The Shakespearean Program”, where we had to recall the names of all of William Shakespeare’s plays as well as act in his play “Henry IV, Part 1 and 2”. It was my first taste of acting that helped me not only get out of my shell but also become encouraged in doing more. As I got older, my focus stayed directly on dance where I studied tap, hip hop, jazz, ballet, modern, swing, etc.

Fast forward to high school where I then focused on nothing but sports, mainly volleyball for four years. I took choir for about three years during school, did dance for about two years, and modeled in a fashion show and acted once during my senior year. When I got to college, I took a slight break from the arts and focused on my studies. I graduated with a Bachelor’s Degree in Psychology. I dipped my foot in modeling during college, as a fellow student invited me to go to a model call with her, which became my first booking as a model! I then did a few fashion shows on campus and became even more in love with modeling which became my focus for my career after graduation.

With a degree in my hand, I knew I always had a backup plan in case my dreams of truly diving into the industry didn’t come true. So, I dove into modeling more, went to many auditions, was turned away quite a bit, but slowly learned how to perfect my runway walk. I never gave up during the process, and eventually got to walk for LAFW, NYFW, LA Swim Week, Africa Fashion Week, and be the Face of Ankara Fest LA. From modeling, I went more into commercial work and after spending time going to auditions and callbacks, I was blessed to book my first national commercial with Google Pixel 3.

Today I still am focused on the arts! I’m still as eager as I first was to go to auditions, take acting classes, and now writing my own series. I’m so excited to be working on my first series called “Motions”, written and produced by me. “Motions” is a series that I’m the executive Producer/writer/ and lead actress in. It is about a young girl named Adia, who goes through the motions in life with family, friends, and the men she encounters. To follow up more on the series follow it on Instagram at @motions_theseries. As an actor, it’s difficult to get to the level that you want to be, so just like Issa Rae, we have to write our own shows and work with other people who can build up with you. So that’s exactly what I’ve done. I wrote a show for me to act in, in order to show what I’m capable of, working with many actors and a production team wanting to achieve the same goal.

I’m so thankful for my journey and planning on continuing on with it no matter how many bumps might be ahead of me!

We’re always bombarded by how great it is to pursue your passion, etc. – but we’ve spoken with enough people to know that it’s not always easy. Overall, would you say things have been easy for you?
It’s been a very bumpy road along the way, filled with self-doubt, negativity from others, the “no’s” and “no thank you” that anyone in the industry can consistently get. I remember when I use to model, that a model coordinator turned me away at a casting call during NYFW because she personally didn’t like my look. That same model coordinator then tried to make sure designers for LAFW wouldn’t book me to model for them because to her “my thighs were too thick”. Hearing that was hurtful and discouraging, but to a lack of her knowledge, I had already modeled for many of these designers before and her efforts were dismissed. There were times that I did cry, because it makes you feel like there’s something wrong with you and that you’re not beautiful. Thankfully, I had an amazing family and group of friends that always kept my spirits high and helped me remember who I was and the beauty that I held inside and out. In acting, it’s a struggle because you never know when you’ll “make it”. It’s a consistent battle to get to where you want to be, and it takes remembering how badly I want it because this is my passion. There’s no end date for something you’re passionate about. So, I remind myself every day that this is what’s making me truly happy in life. Doing what I want, going after my goals/dreams/passions in life, has made me the happiest I’ve ever been in life.

What do you do, what do you specialize in, what are you known for, etc. What are you most proud of? What sets you apart from others?
I’m known for dancing and modeling, but my focus is on acting. I am most proud of buckling down and writing a series that I didn’t know was in me! It makes me so excited to see what else I can create! What sets me apart from others is how much I support and want to see everyone around me win, because I truly do believe there’s room at the top for a lot of us! To me, I think we can all win the race and be successful. Meaning I have no problem letting others who ask what I do or did to help me get to where I am today. That includes what classes I took, people I asked for advice from, websites I go to for information, people I know they can work with, etc. There’s no need to keep it all a secret. Pass along the information you got to help further the careers of others who are genuine and well deserving of it all!

What were you like growing up?
Although many people love to think I’m joking, I was and am still a very shy person. As a kid, when it came to sports I was adventurous. I wanted to do absolutely every sport the boys played and took pride in being one of the very few girls that played. And I was good! I was also a huge tomboy as a kid. I didn’t want to wear flats, skirts, or dresses at all, because I knew if I did it would be harder to beat the boys at every sport. When it came to talking to people, I was extremely shy. I didn’t know how to approach people and when people would approach me it was hard to make eye contact and I wouldn’t know how to keep a conversation going. That’s probably one reason why I loved the arts so much. I got to be a different person while performing whether in sports, dance, acting, or modeling. 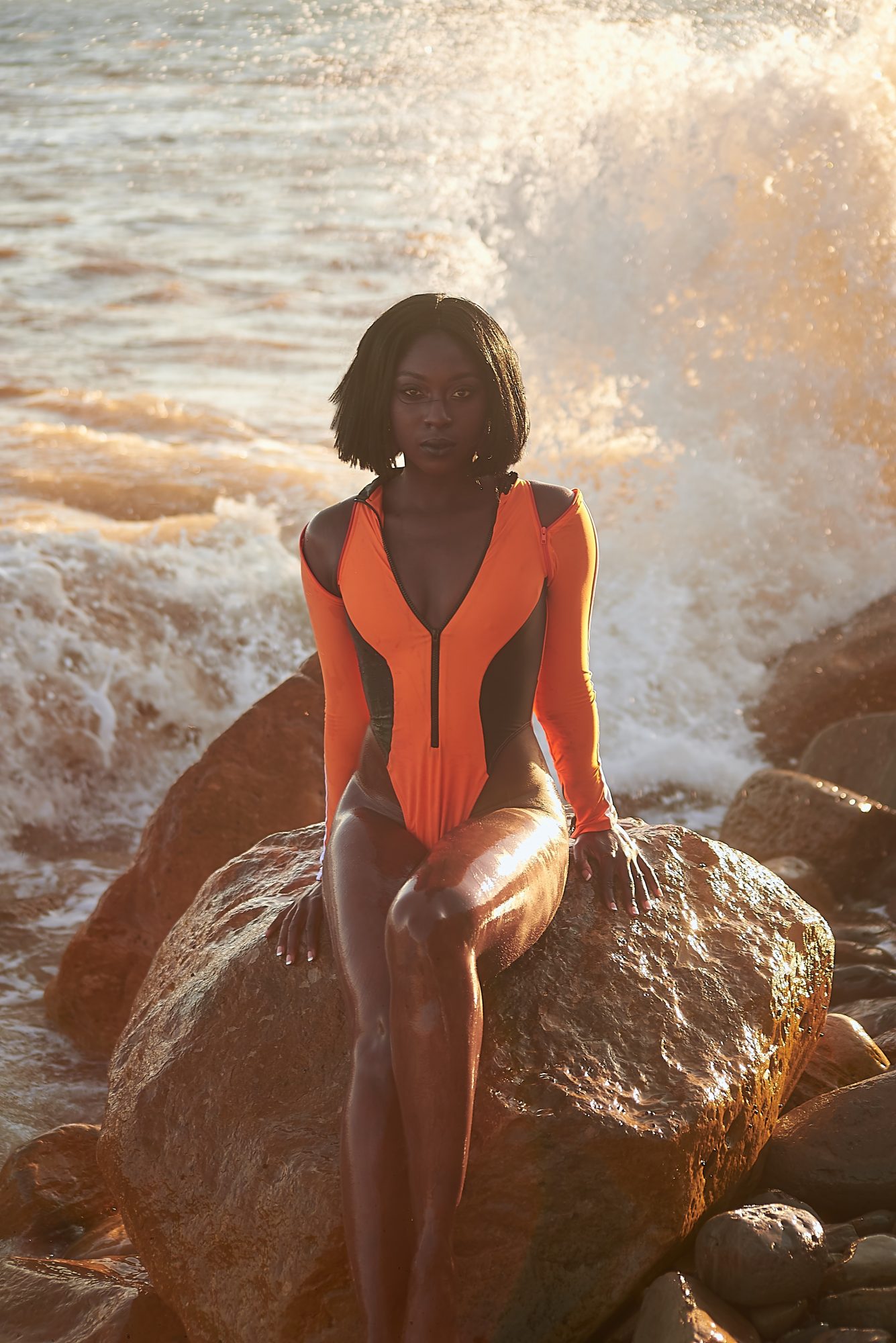 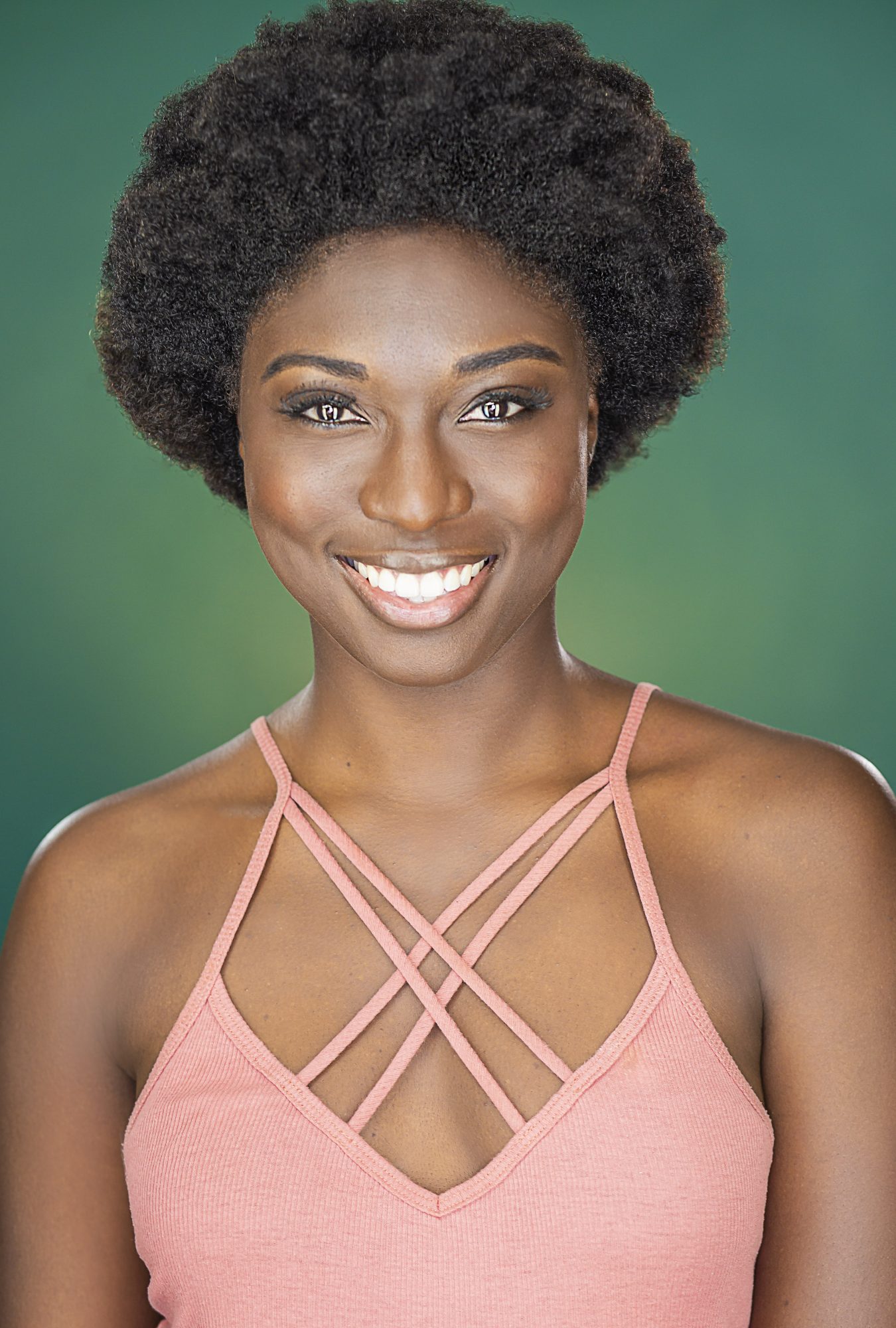 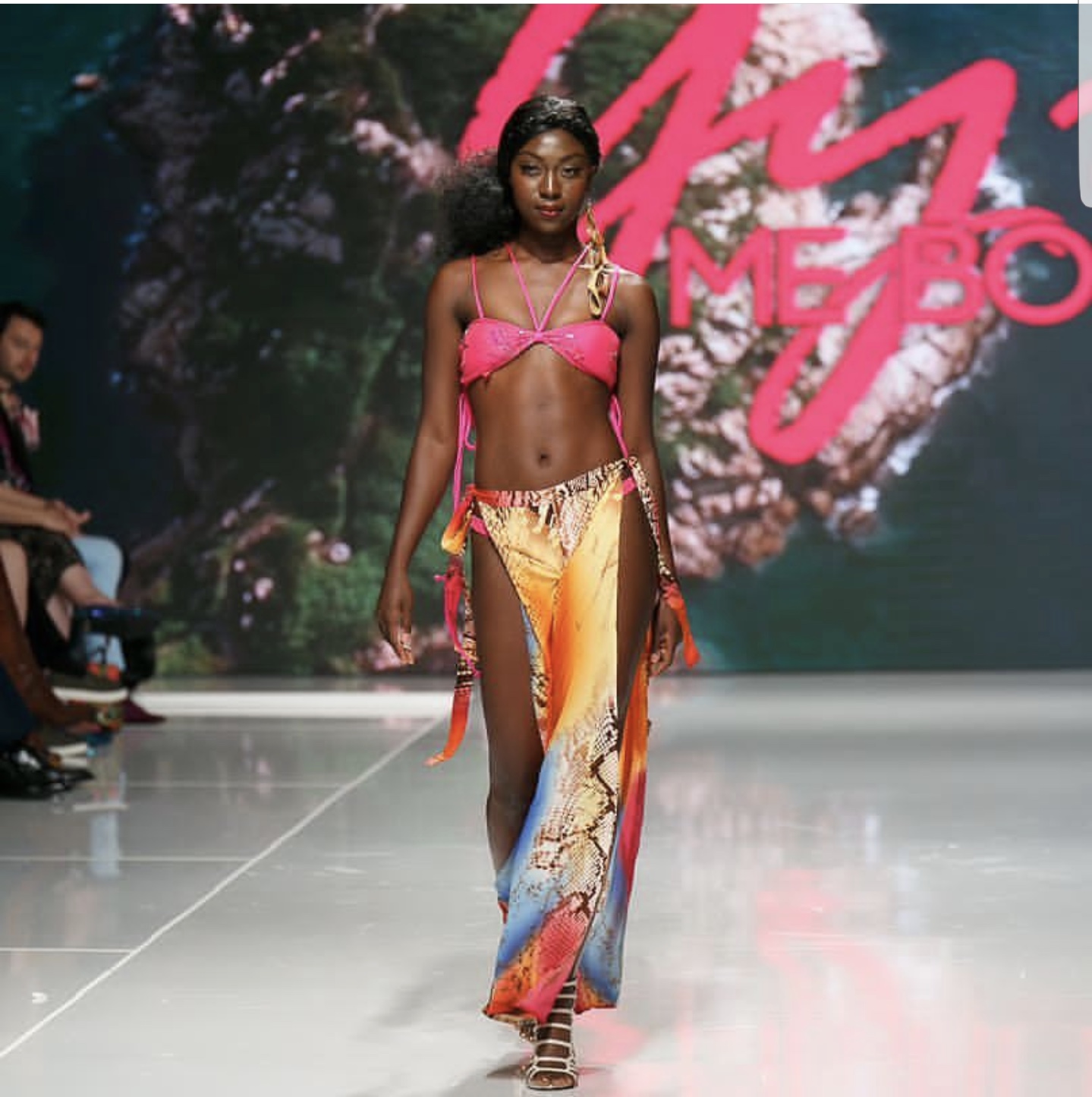 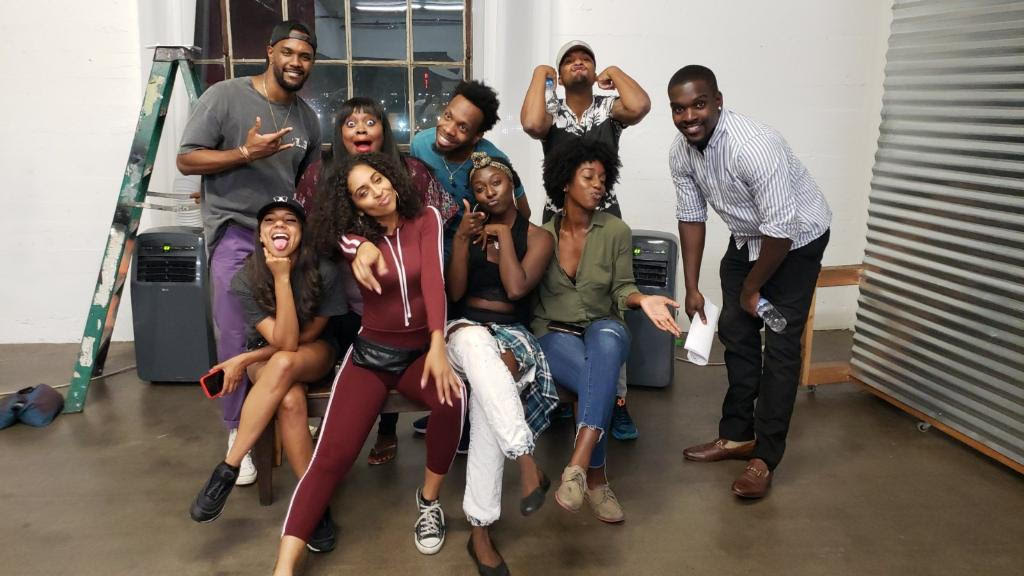 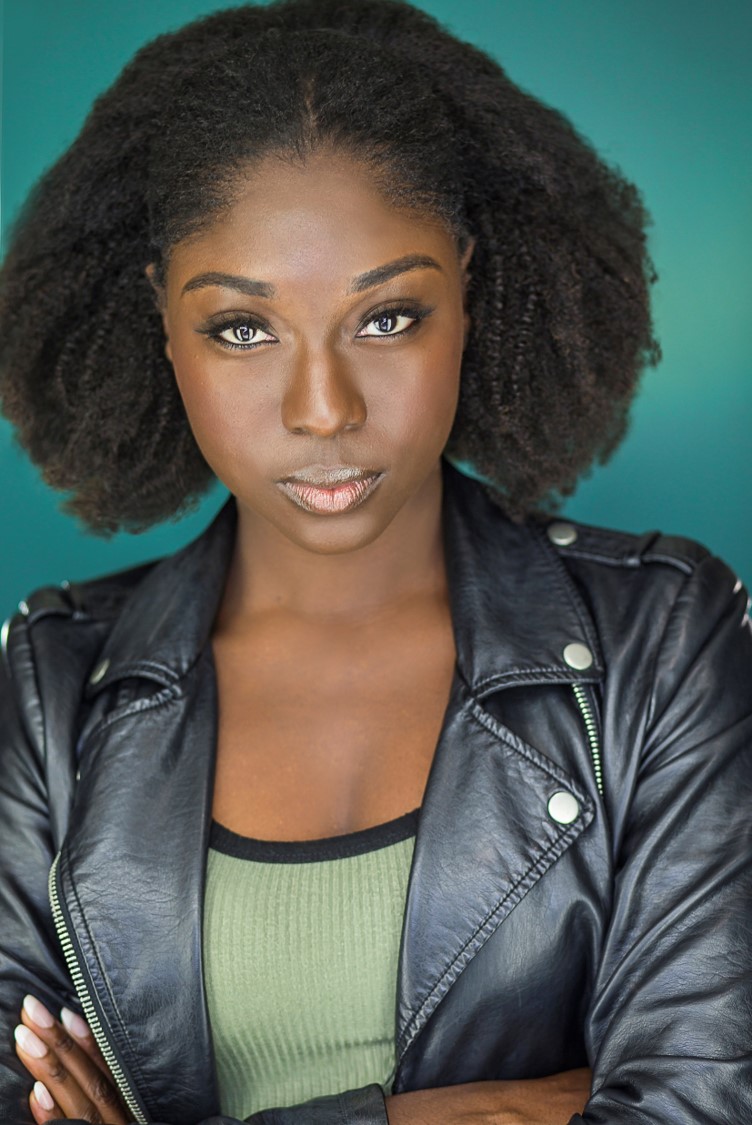