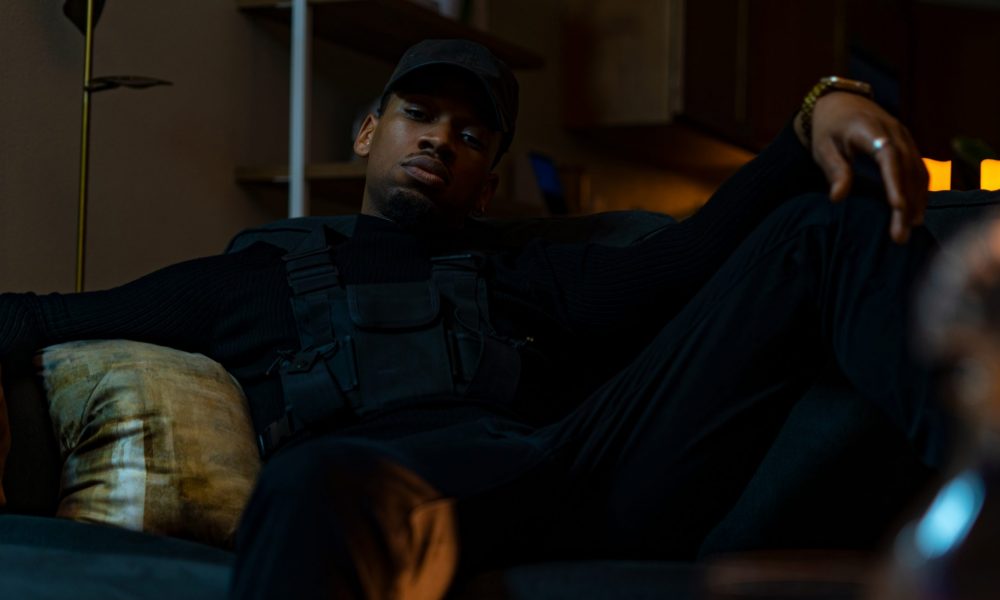 Ahve, can you briefly walk us through your story – how you started and how you got to where you are today.
My name is AHVE (pronounced Ah-Vey) I am a recording artist from Brooklyn, NYC. My journey started off in 2006 writing music in college Upstate, New York. No one knew I wrote music in college because it was a personal hobby but I fell in love with it. At the time and I was always known for dancing (FlexN) to be exact. In 2012, I joined CESD Talent Agency as a hip hop dancer/ choreographer and print model.

In 2015, I took a trip out to LA to shoot a commercial and this is where he met Honey Cocaine and worked on a song with her called “1 Time”. This is where I got my first taste at songwriting. Honey did not know I wrote music, this happened organically while chillen at her place with Hip Hop Producer C.P. Dubb who produced the #1 hit single “Unforgettable” by French Montana & Swae Lee. This is also where I met Hip hop producer Murda Beatz. With all of the interactions, I decided I would take music serious.

In 2017, I toured china on a dance tour, this is where I learned to speak a little bit of Mandarin. I drew inspiration from the culture and art and this kept my mind on music, writing songs while on this dance tour. After seven months in China, I returned to New York City and began working with Grammy Award-winning hip hop producer/mixing/mastering engineer Dennis McCalla aka “D.Gatez”, most notable for his work on Diddy’s “Press Play” (Bad Boy Records, Atlantic Records, Kennedy Administration, Cheryl Pepsii Riley, among many others.) songwriting for artists.

March 2018, I moved to Los Angeles, CA where I connected with singer/songwriter Guordan Banks who is known for his hit single that went #1 on Billboard “Keep You In Mind”. This is where I learned a lot about the music industry and sat in on numerous studio sessions with some of the most talented songwriters at Paramount Studios, Even getting to reference some songs for him that I had wrote.

At first, I told myself I would NOT release music as an artist, but I felt the music deep inside that needed to come out. Eventually, I began my journey as an Artist releasing my first single “Fade Away” on all streaming platforms as an independent artist and haven’t turned back since. With two of my latest singles landing on Spotify’s “New From NYC:Hip Hop and RnB/Soul” playlists “Riches”(Hip Hop) and “Lost Possessions ft (Da Friend Zone) (R&B/Soul) I have been in my home studio everyday nonstop.

These are feats that I have been hoping to reach but I did not think I would achieve this in such a short time. With a growing fanbase overseas in Germany, Brazil and the UK, I hope to Tour Europe soon.

Music-wise my inspirations are Michael Jackson, Usher, Prince, 50 Cent, Biggie, Jay Z. The music realm I am in and where my music shines sounds like PartyNextDoor, Bryson Tiller, Chris Brown. I have an Upcoming Release titled “Eternal” releasing 06/27/20 and this is a song I did not see myself making but the vibe was there and this is what the beat called for. This song was mixed by me. I learned my mixing skills from D.Gatez and I got to reconnect with Mixing/Mastering Engineer D.Gatez and got this record mastered.

I can’t wait to reach the masses and change lives through my music.

Has it been a smooth road?
This has not been a smooth road at all. Some of the struggles were staying up late nights in the studio. Traveling across the country to handle business last minute. Having to deal with certain attitudes (Passive Aggressive) or what is known as “Hollywood” or “Fake”, yeah its a real thing. Me being from Brooklyn and only hearing about this, experiencing this was culture shock for me. I did not think people could actually move the way they move in LA. Gold digger mentality. It being almost impossible to make a real connection or friends was a real challenge in a place you are not familiar with or from. But this was all apart of the process and I’ve had experiences that I am grateful for and without these experiences, you don’t grow in the game.

Can you give our readers some background on your music?
Aside from being a recording artist, I have my own line called Lostkid New York. This is a clothing brand I started in 2015, and with this I specialize in T-shirt and Hats. While I am known for my music, I believe these go hand in hand with the culture of music. Fans love Merch, and while I did not expect to become a music artist my background in art (I have a degree in Digital Animation) and I studied graphic design, I have been able to design my logo and graphic artwork for my T-shirt Designs. I am back in the re-branding phase to focus the brand towards my fans, this is what I’m most proud of. What sets me apart from the others is I love being hands on when the time comes to my music, I record at home. I produce, record and mix my own songs at home, and then I handle the marketing (I am the reason I have a growing fanbase) being able to reach out to the right people and get the information I need has helped me be fully independent. Then I have my line in which I do all by myself. The thing is I don’t want to wait for others so I learned to do it all myself.

How do you think the industry will change over the next decade?
Completely digital. With everything rolling over into the streaming world music-wise and then amazon at the top of there game I see my industry shifting towards something futuristic and digital. And us as artists and designers will be able to utilize the business to grow ours at a more rapid rate. I also see myself with a Number 1 single in the next five years! 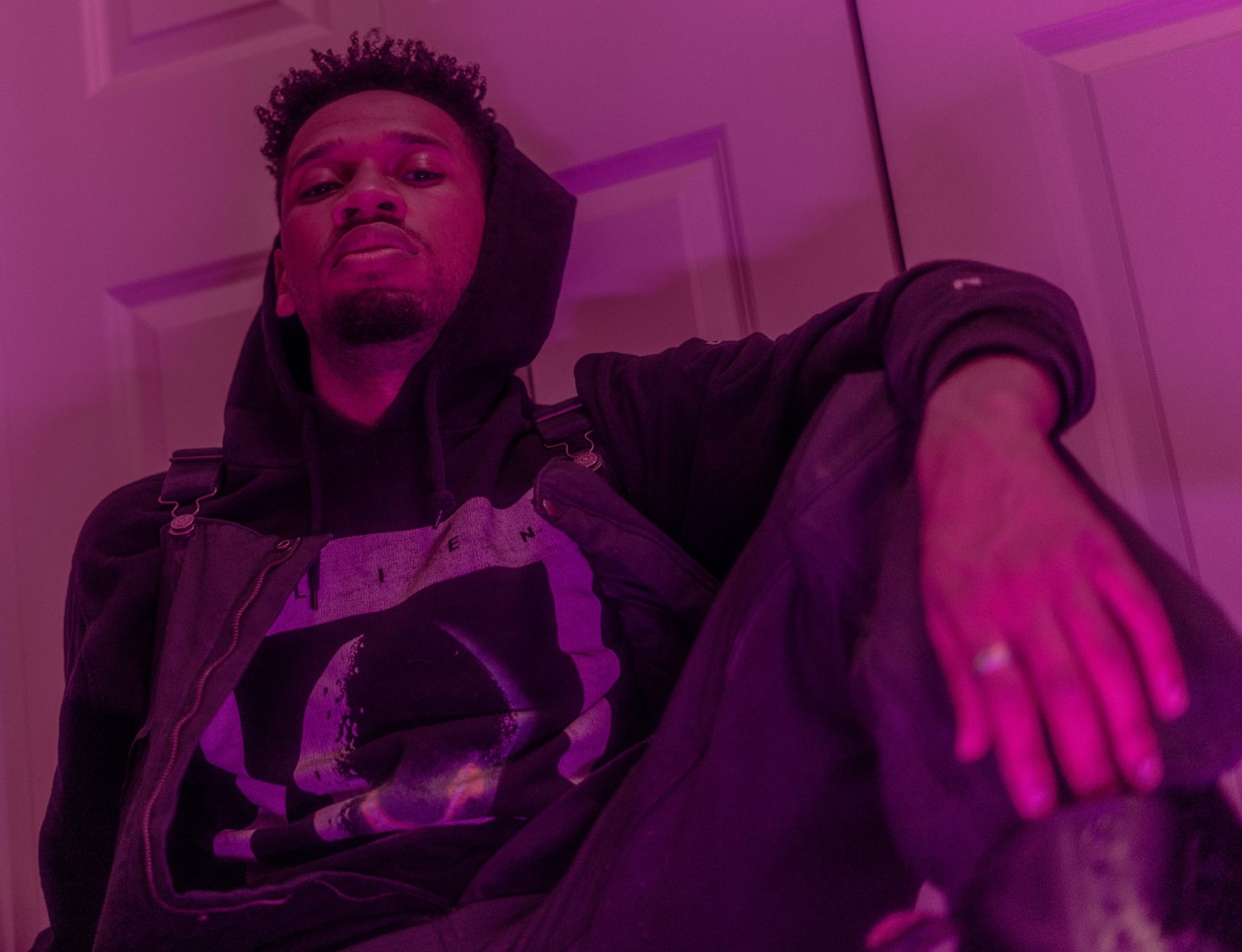 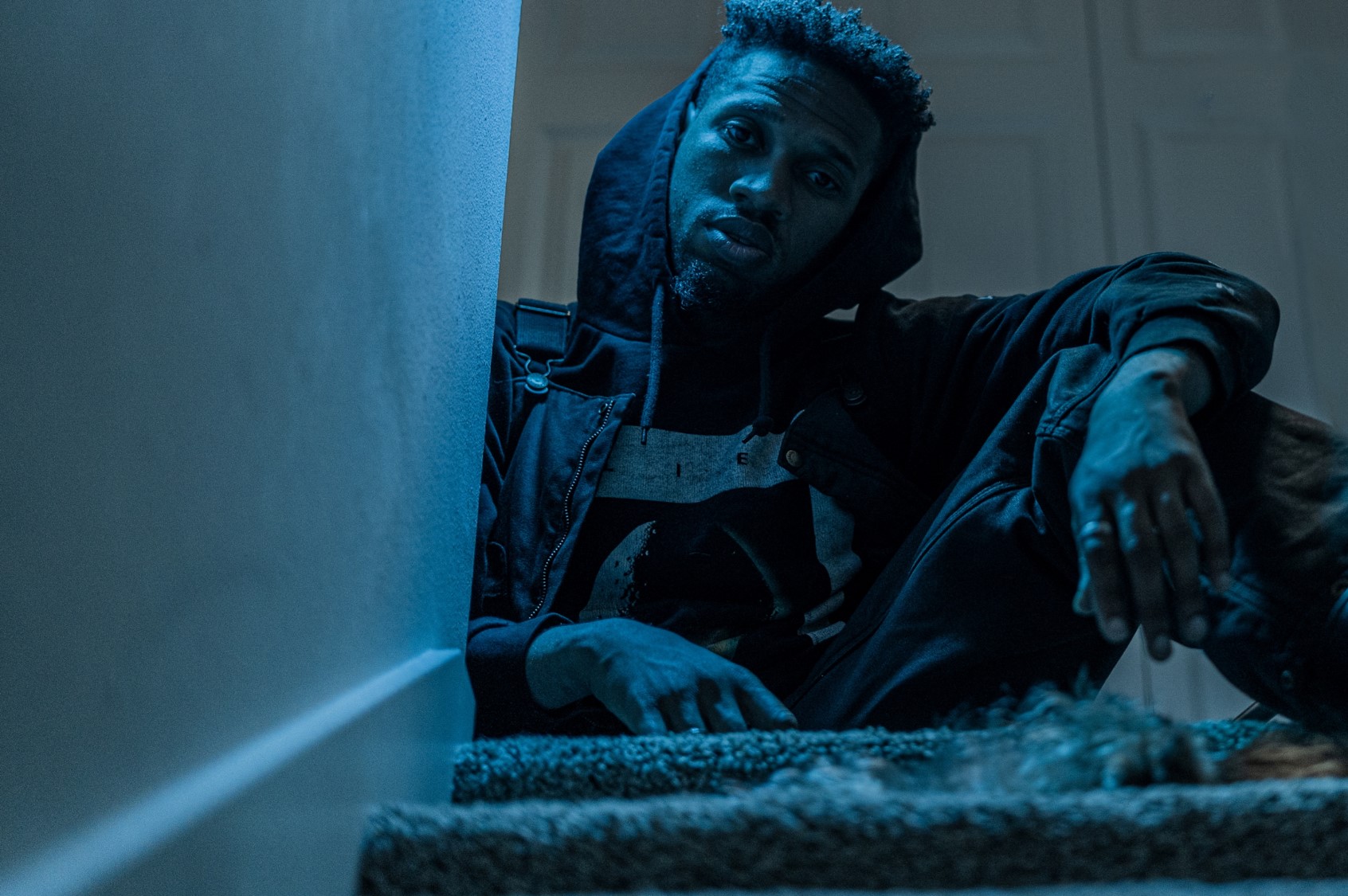 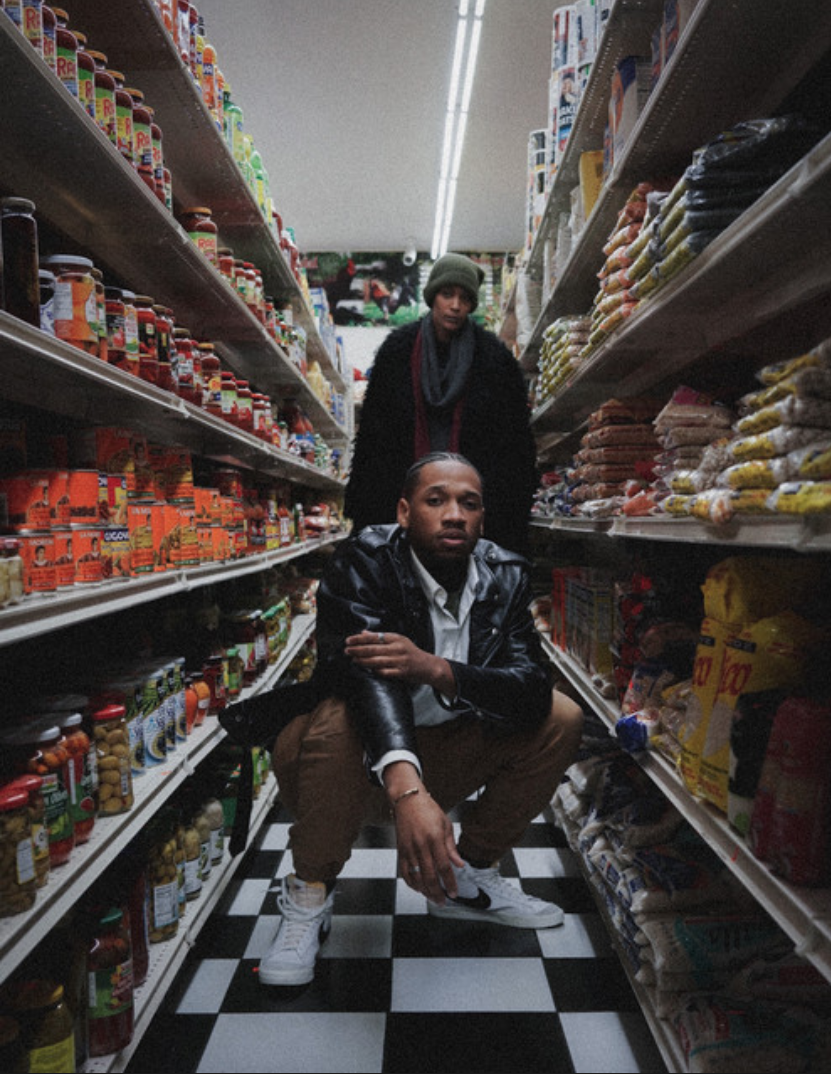 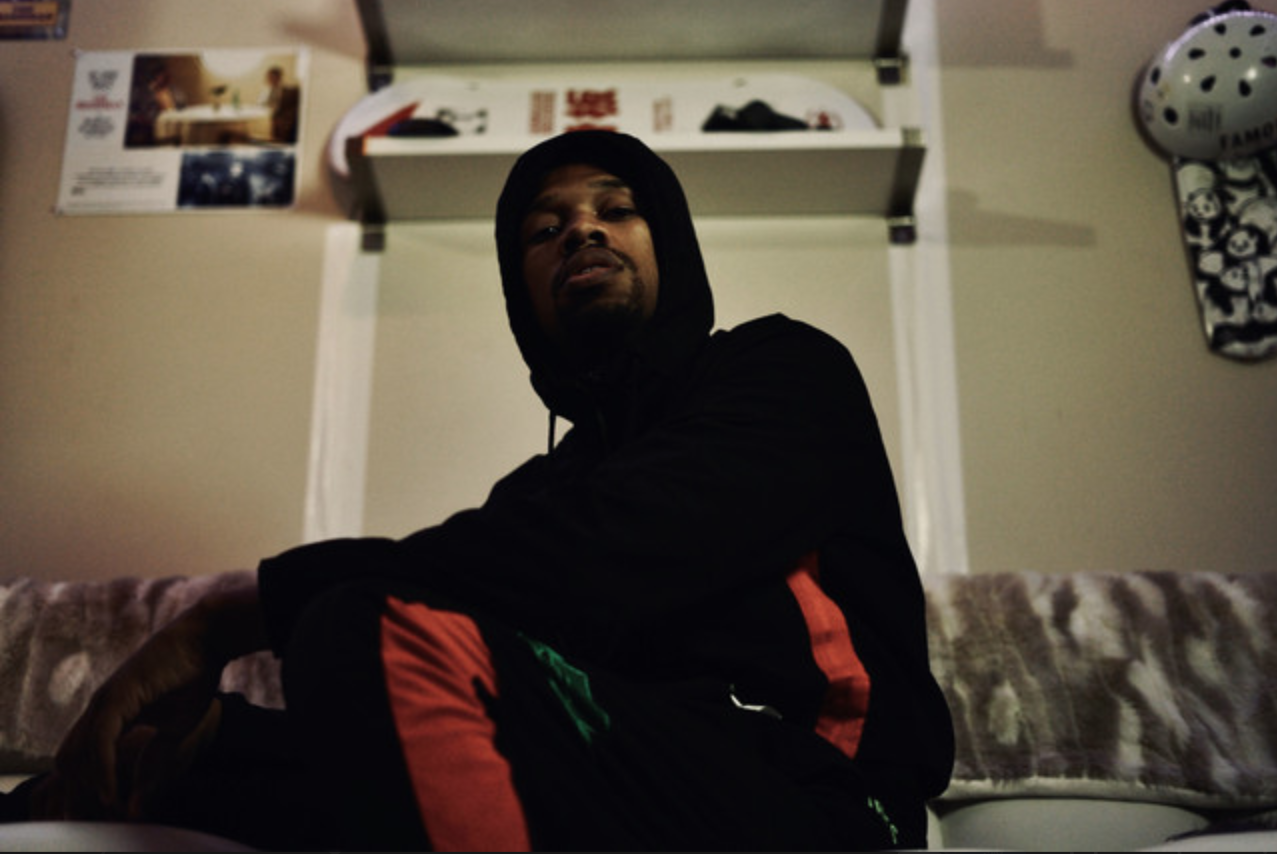