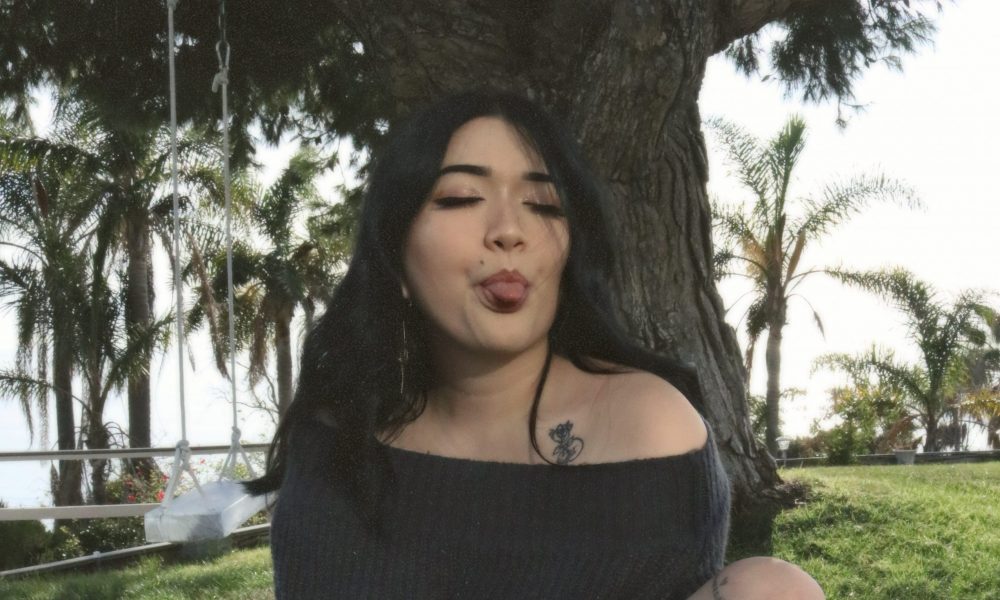 Aerie, please share your story with us. How did you get to where you are today?
I grew up in Tujunga out at the edge of the Valley when I was younger, and art was an encouraged thing for me to do. My aunts were in choirs in their home countries and here in the States, one of my grandfathers had been in the antique and ancient art business since before I was born, and it felt like it surrounded me.

Growing up and going through family divorce led me to a lot of mental health issues, though, and it got worse by moving from town to town until I ended up out of LA County, over in Simi Valley.

Long story short, music wasn’t interesting to me for a long time, at least not while I was a teenager. It was difficult for my attention to be focused on it, I didn’t want to sing anymore, I just wanted to disappear- until I got asked by a group of girl’s I had just met to throw a DIY party/show called ‘Jasmin Garcia’s Pizza and Beer Fest’ in one of their backyards. I was just hardly about to be eighteen and I was thrown into a world I didn’t know all that well, but it was the most exciting feeling I had experienced in a long time.

That was when I fell in love with music again, thanks to the help of the new friends I made during that show and the old friends I reconnected with. Meeting them led to be helping out with more shows in the valley at places like White Oak or in more people’s backyards, continuing Pizza and Beer Fest for a few more years, eventually joining and leaving a band, starting up different show series, and beginning my own music path from that.

Great, so let’s dig a little deeper into the story – has it been an easy path overall and if not, what were the challenges you’ve had to overcome?
It’s been a fucking struggle. As much as I love the valley and LA, it’s a place that has made me feel like every conversation I had was to get my leg up on a ladder or help another person get theirs. From fights with my best friend because of the old band to being surrounded by substances and beer with no water in sight, to hanging out backstage with people who didn’t have any interest in speaking to me (unless they knew I was friends with so-and-so,) it’s been pretty fucking soul sucking.

Goes to say, I’m blessed. I was blessed to have the real friends that I did, who were either in the business or knew how to try to work it, because I’ve learned so much from them. I’ve taught myself how to throw the shows I’ve thrown and collaborated on those, too, but I would’ve never gotten anywhere in music without the people I’ve met along the way.

We’d love to hear more about your work and what you are currently focused on. What else should we know?
Before music and up to now, I’ve been throwing DIY shows. It started with, ‘Jasmin Garcia’s Pizza and Beer’, which is probably the most successful show series I’ve ever been a part of. The way it started was simple: Jasmin wanted to throw a big party, invite all our friends, give out a ton of beer and pizza, and host a free live show. I’d handle the bands, Jasmin would host and essentially approve every part of the plan, Jocelyn would create all the art for the shows, and we’d all pitch in to make it happen- the catch being, we started donation drive with every show for kids in need. The first year started out small, which was fine with us, but we continued to grow with every show- our largest one had almost three hundred people packed into a backyard in Simi Valley, with bands from San Diego, LA, the valley, and even Palm Springs. People from Fresno and Nevada came out. The donations tables were stacked and people brought mountains of stuff for it. We added art galleries for local visual artists, someone always made sure to set up a game of Melee at a table, people even started donating beer at some point because we always ran out quick. It was INSANE. We never expected that to happen. Eventually, we stopped throwing them, but if we can ever take this fest to a larger scale (or find a new venue to host in), we’ll do it again.

From there, I started throwing a show series called ‘Valley Muses’ in Granada Hills with another show lover and music artist, Lina Kay. Our friends and local musicians we admired played the shows, and we brought out some pretty talented guests, too. We had a gallery for a lot of visual art and photography from people who are beyond successful in that area now. We only did about two of them, sure, but they were both successful in their own ways. The first one was so, so special. And the second was more successful than we dreamed.

That’s always been the best feeling. No matter how big the shows turned out, they were always memorable, and I think that’s what sets us apart. It was never a division between music artists and show goers. Everyone was welcome to hang out, everyone was welcome to party. All the shows were meant for everyone, and if you had a bad attitude, we’d gladly kick you out.

Shows aside, I’m in music. Which- this answer I’m giving is pretty long already with all my babble about shows, so I’ll keep this one quick. I’m a solo artist, and my name used to be Lovergirl. With my close bud Ben Story, I’ve been making pop music since 2018 and it’s been a ride. It’s taught me a lot of lessons about myself, I’m finally learning how to actually properly understand music, and I’m also learning what pressure in music feels like. I was putting too much on myself. I had fun, everything I’ve put out has been important to me and such hard work, but I was nothing if not hard on myself with it.

This year, I’m switching over to my actual name, Aerie. Lovergirl has been near and dear to my heart but it’s something that I feel like put a veil over me and made me feel like I had to fit a certain box. What the future holds in music for me is for me to know and for whoever actually listens to my music to find out- but I’m going to be in Austin, Texas for a while, so expect something in these next few months.

Is there a characteristic or quality that you feel is essential to success?
Uh, I dunno. That’s a weird question I guess. I don’t view myself as world-scale successful.

I like to tell people when I write songs about them because I feel one way or another, it’ll come out- and it’s best to hear from me. I only like bands or artists to play/be a part shows I’m a part of throwing if I genuinely want to hear their music or see their art. If I don’t like something, I try to say it. I’m still learning to be honest with myself and be firm about what I personally want, so it’s a process, and sometimes you can’t find that honesty in LA.

Also, it’s not a quality or characteristic, but the friends I have around me are the biggest reason I’ve made any personal success. Their endless support, their endless work with me, and their own art drives me to do better. 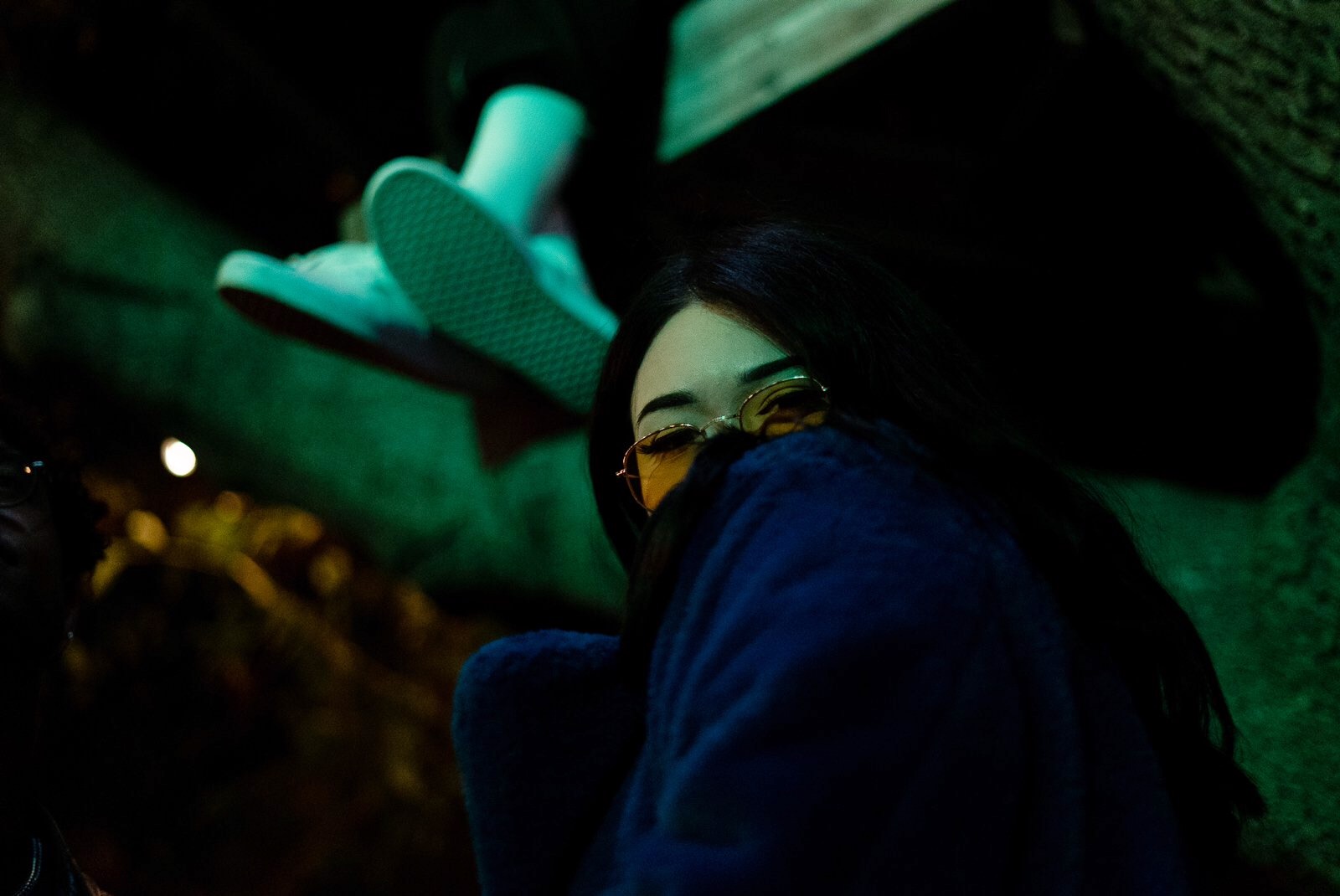 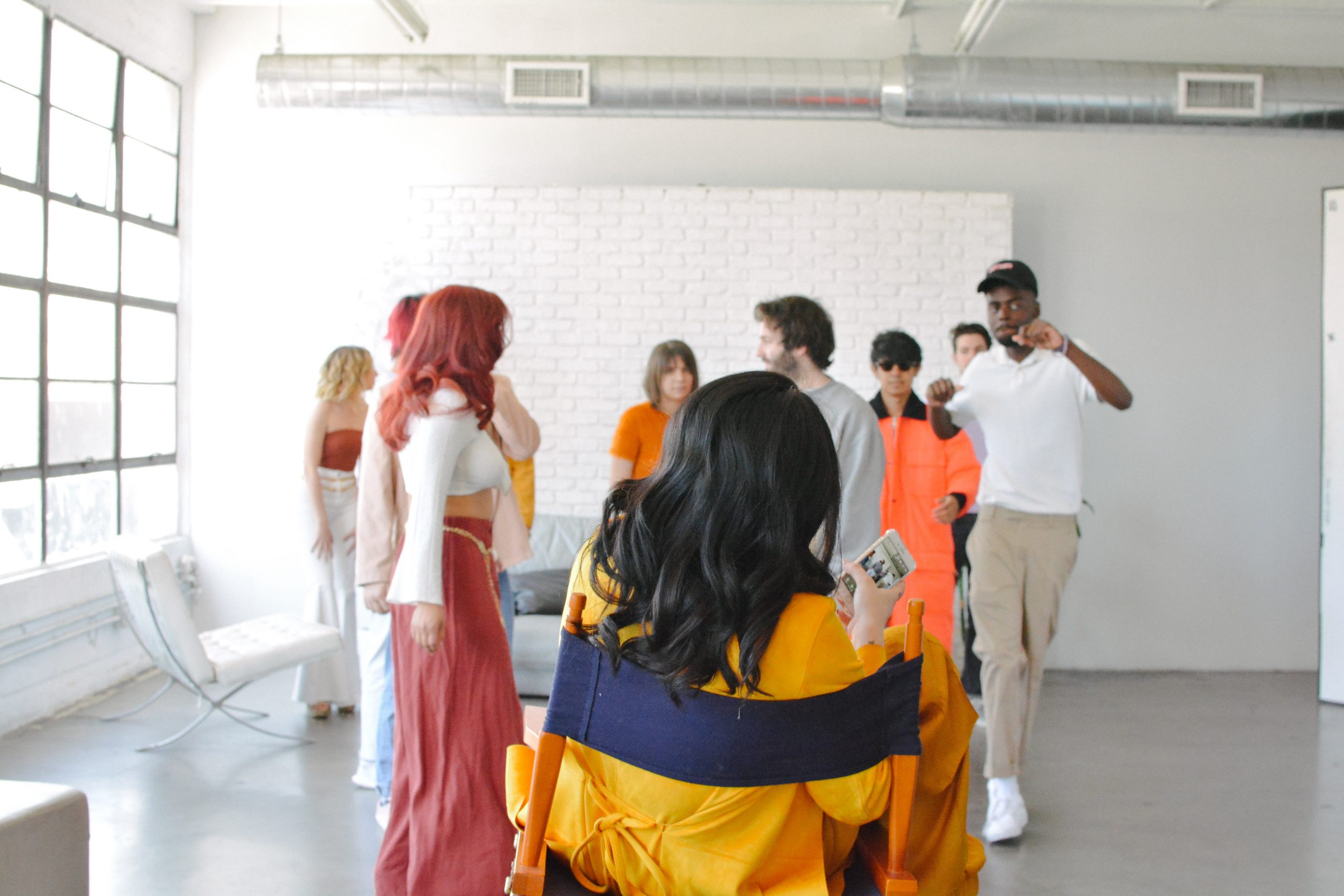 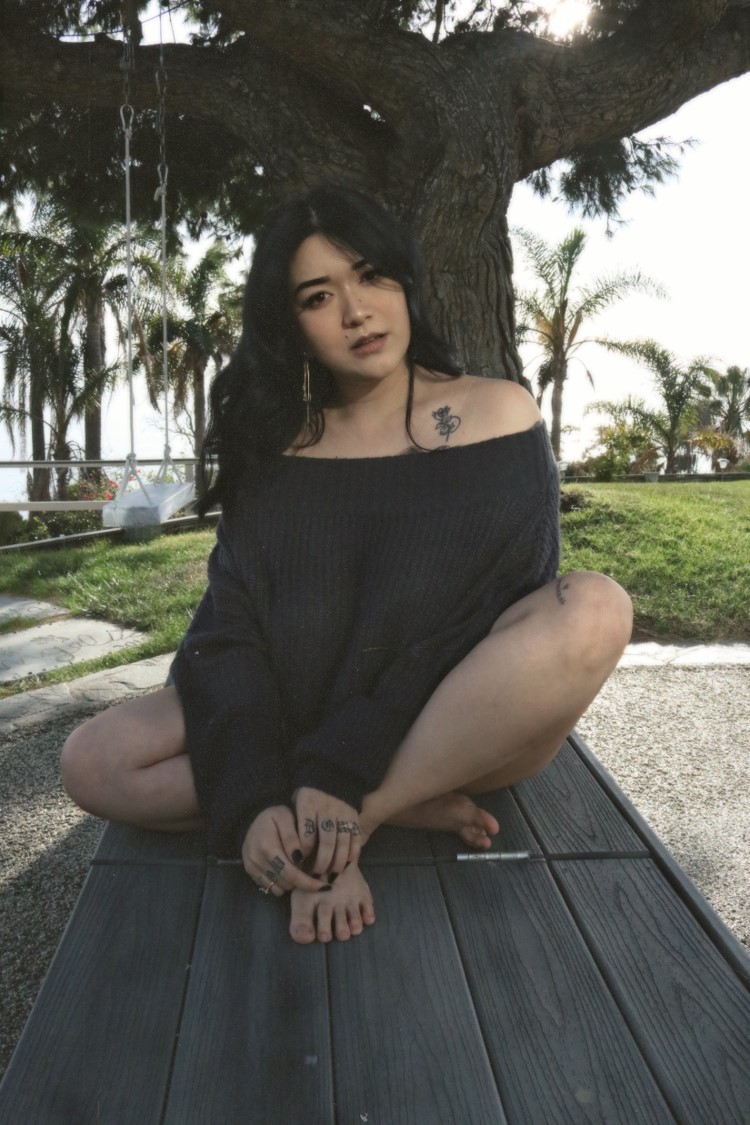 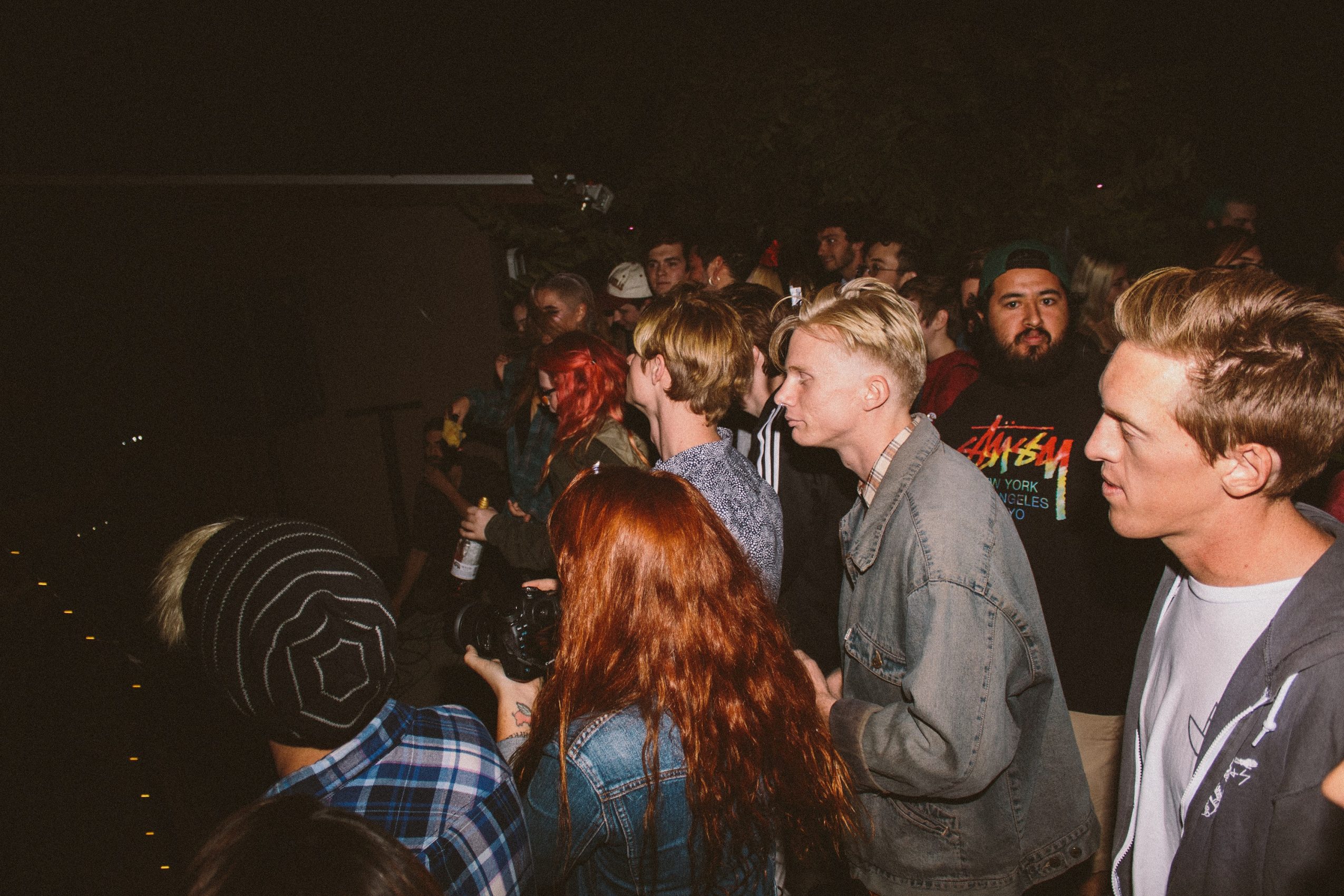 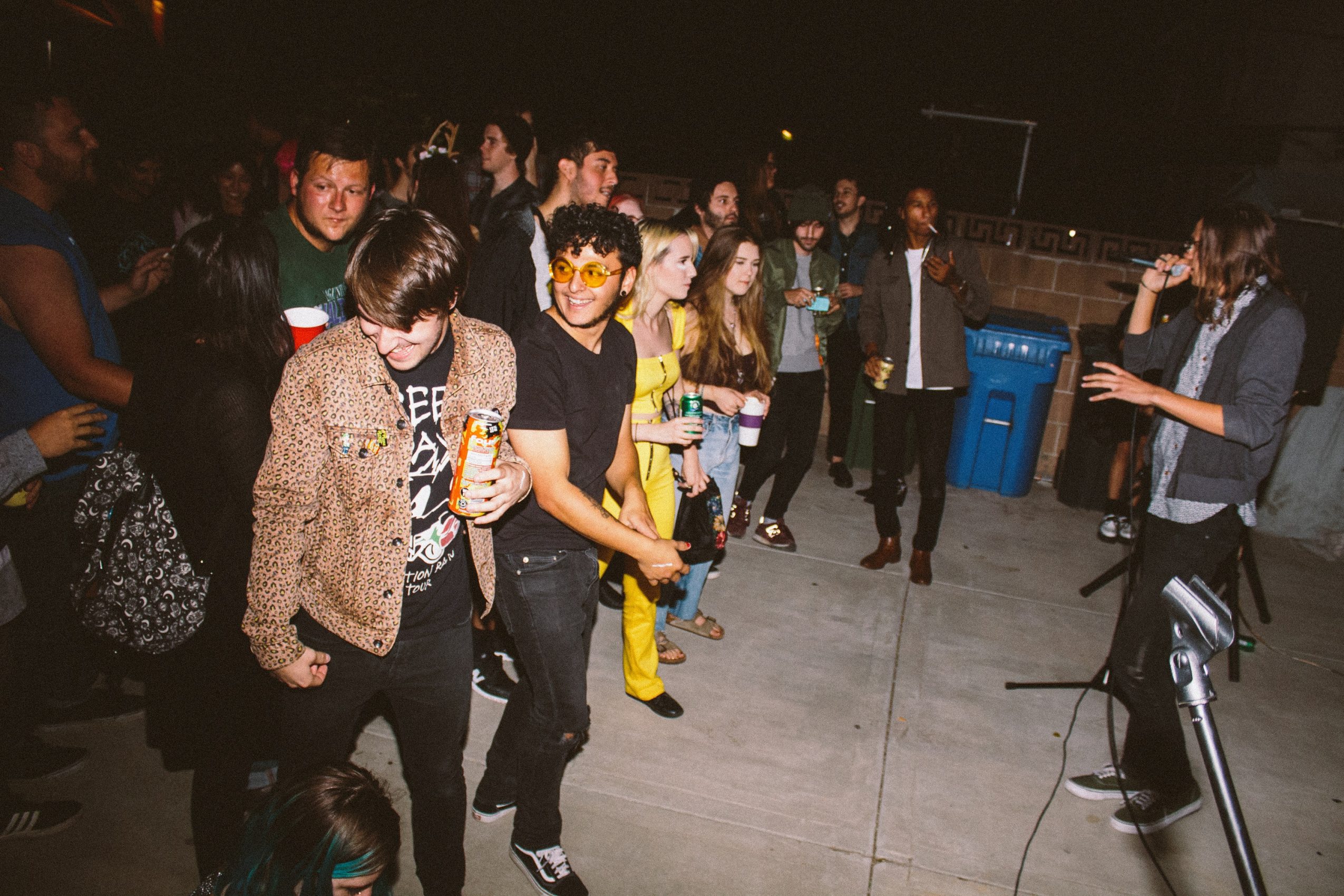