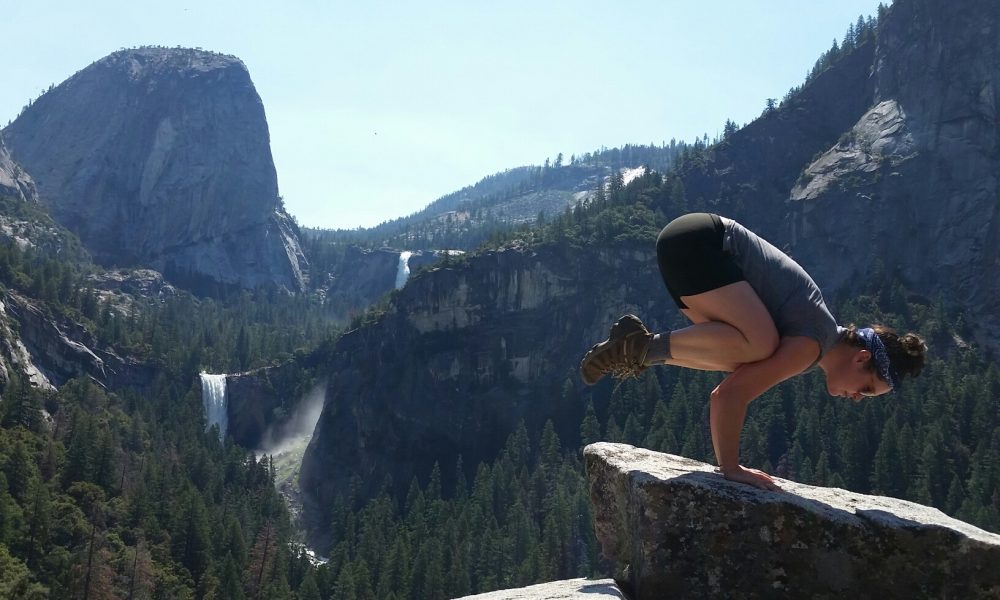 Today we’d like to introduce you to Adria Baratta.

Adria, let’s start with your story. We’d love to hear how you got started and how the journey has been so far.
I grew up with very passionate and divided interests. Both of my parents are involved in both the arts and physical expression. My mother, formerly a dancer and now a visual artist, and my father, a former athlete, who works in film production while nurturing his creativity as a jazz drummer. In this environment, both my physical and imaginative expressions were encouraged. As a child, I was a competitive gymnast and later, traded in the world of gymnastics for the world of theater. Throughout high school and college, I fluctuated between physical and creative expression. Running track freshman year, and then quitting in order to participate in the Spring Musical, and later in college, joining the intercollegiate diving team, only to trade the pool in for the theater once again the following year.

Several years ago, I changed direction from acting to writing. While still passionate about the creative arts, I was no longer moved to work as a vehicle for the stories of others, but instead, to tell my own. I had always been a writer (I have a BA in English) but had never considered it a career choice until 2014. I shifted my aspirations while here in Los Angeles and began writing and producing my own work. This was a difficult transition, but I have had the opportunity to learn from some brilliant screenwriters, who have encouraged and inspired me to continue to find new ways to tell stories.

Since moving to LA from NY in 2010, I had found a community within the local yoga scene in Silver Lake. Having begun a yoga practice in college, I felt comfortable on the mat but had never had teachers who took my practice to the next level. In Silver Lake, I found several. My yoga teachers were no longer strangers who spoke Sanskrit to me while I sweat, but they became my first real friends in LA. I was moved by the yoga community and finally, in 2016, I completed my 200-hour teacher training with Noah Mazé, one of my teacher’s teachers. This experience was transformative and felt completely in line with both a physical and creative outlet.

Balancing these two careers is unquestionably difficult, but the two compliment one-another more than I’d ever realized. As a writer/director/filmmaker, I try to take on projects that I feel passionate about, I am inspired by and those that serve as teaching tools. Yoga is not simply a physical practice, but a spiritual, creative and emotional practice as well and one that I find keeps me deeply aware of my own external and internal pressures.

Overall, has it been relatively smooth? If not, what were some of the struggles along the way?
To say that yoga is “having a moment” is an understatement. I believe that there are currently somewhere between 11-15 yoga studios in Los Feliz, Silver Lake, Echo Park and even still, there are more certified yoga instructors than there are jobs. The business of yoga is very tricky and I’ve made a commitment to myself to not get caught too up in the business aspects or social media frenzy of the yoga world. That said, I firmly believe that having access to yogis and yoginis across the globe via Instagram is incredibly beautiful and beneficial to the practice. There is a virtual community outside of the physical, local community and that serves a purpose of its own. Mostly because of my schedule, I only teach a few yoga classes per week. I do wish that I could teach more, but I also feel deeply engrained in the fabric of the studios that I practice and teach at, that I feel a strong sense of community despite a light teaching schedule.

Everyone in LA has film/TV industry horror stories, so I will simply say this: I have worked for amazing people in industry jobs that were not right for me, I have worked for terrible people in jobs that were perfect for me, and everything in between. The balance has taken and will probably always take a good amount of time to find. I now feel as if I am in a position to work on films and TV shows that I feel creatively connected to and in the interim, I feel comfortable resting on my other pursuits. This took years of imbalance, financial struggles and personal growth, but I do feel very strongly about my choices within the industry. I am passionate about working with, for and supporting female filmmakers as well as maintaining humanity and integrity in all industry pursuits.

Adria Baratta – what should we know? What do you guys do best? What sets you apart from the competition?
I am always looking for new people to collaborate with in either of my passions. I love teaching and practicing yoga and hope to continue to do so for a very long time. I teach alignment-based flow classes and really enjoy pushing students to reach their full potential and never beyond. The human body and the human mind are far more flexible than we may recognize and sometimes it just takes a good teacher to bring that out. I firmly believe that yoga is for everyone and welcome any level of student in my classes.

I am eager to work on film projects that excite me. I recently collaborated with a director to write a feature screenplay based on a true story that he has been waiting to tell, and this experience has been exciting and thrilling. I love collaboration and finding ways to help other artists tell their stories. My work has lately been as a freelance assistant for feature film directors, producers and in TV writers’ rooms. I am always looking for exciting new projects, as a writer, director and an assistant. I believe that there is always more to learn from any show, film, writer, director, producer and I have had the great fortune to work with some wonderful people in the past.

What is “success” or “successful” for you?
I believe that success is achieved through balance. If I were to have financial success only, and not be creatively fulfilled, I would assuredly be fundamentally unhappy. If I were to be engrossed in thrilling creative pursuits but so busy that I was unable to maintain the primary relationships in my life, I would not feel fulfilled. I firmly believe that creating a balance in life, including finding time to have a strong physical practice (yoga, running, hiking, etc.), is where success lies. I want to wake up every morning and know that I am opening myself and those around me to greater opportunities, stories and possibilities. Therein, lies success. 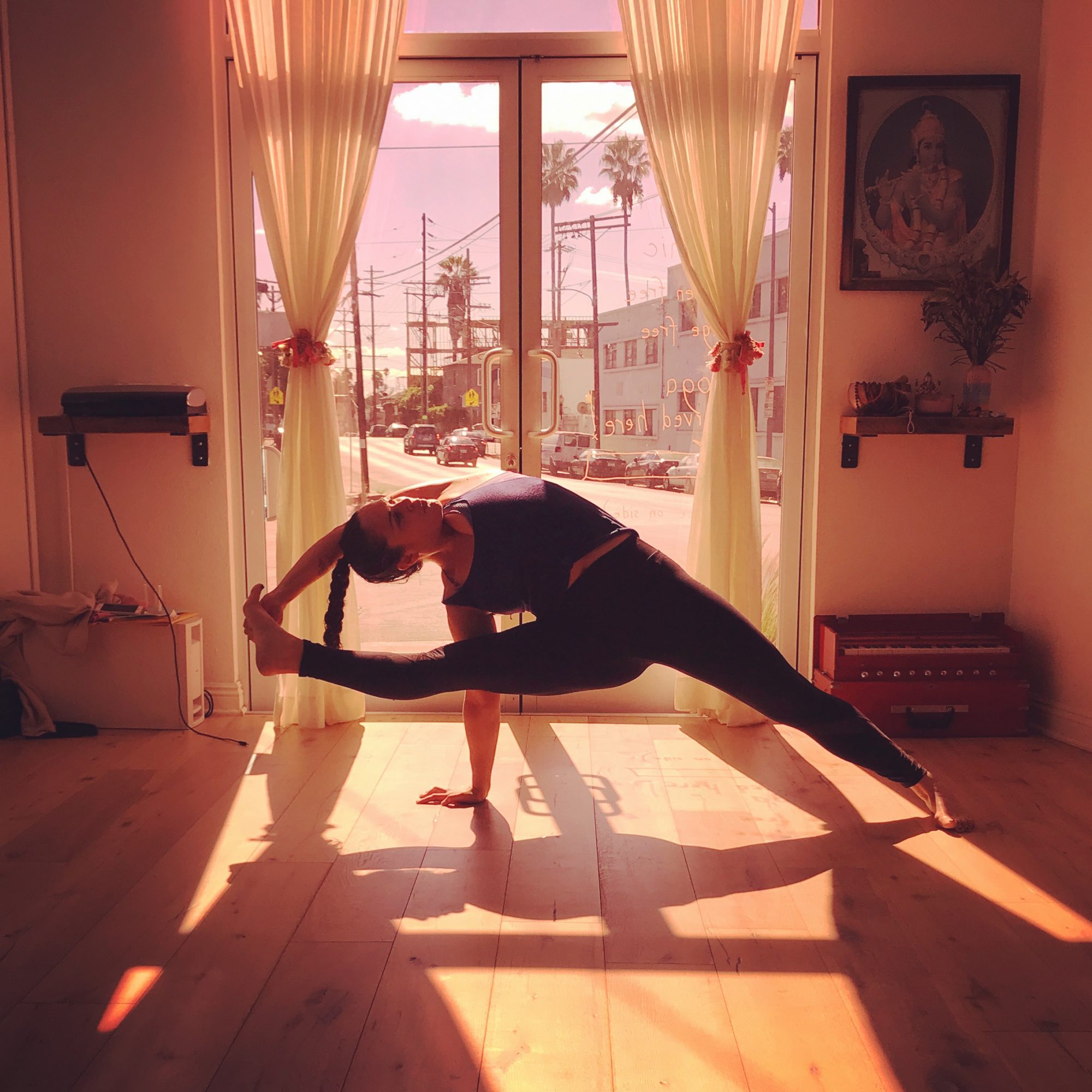 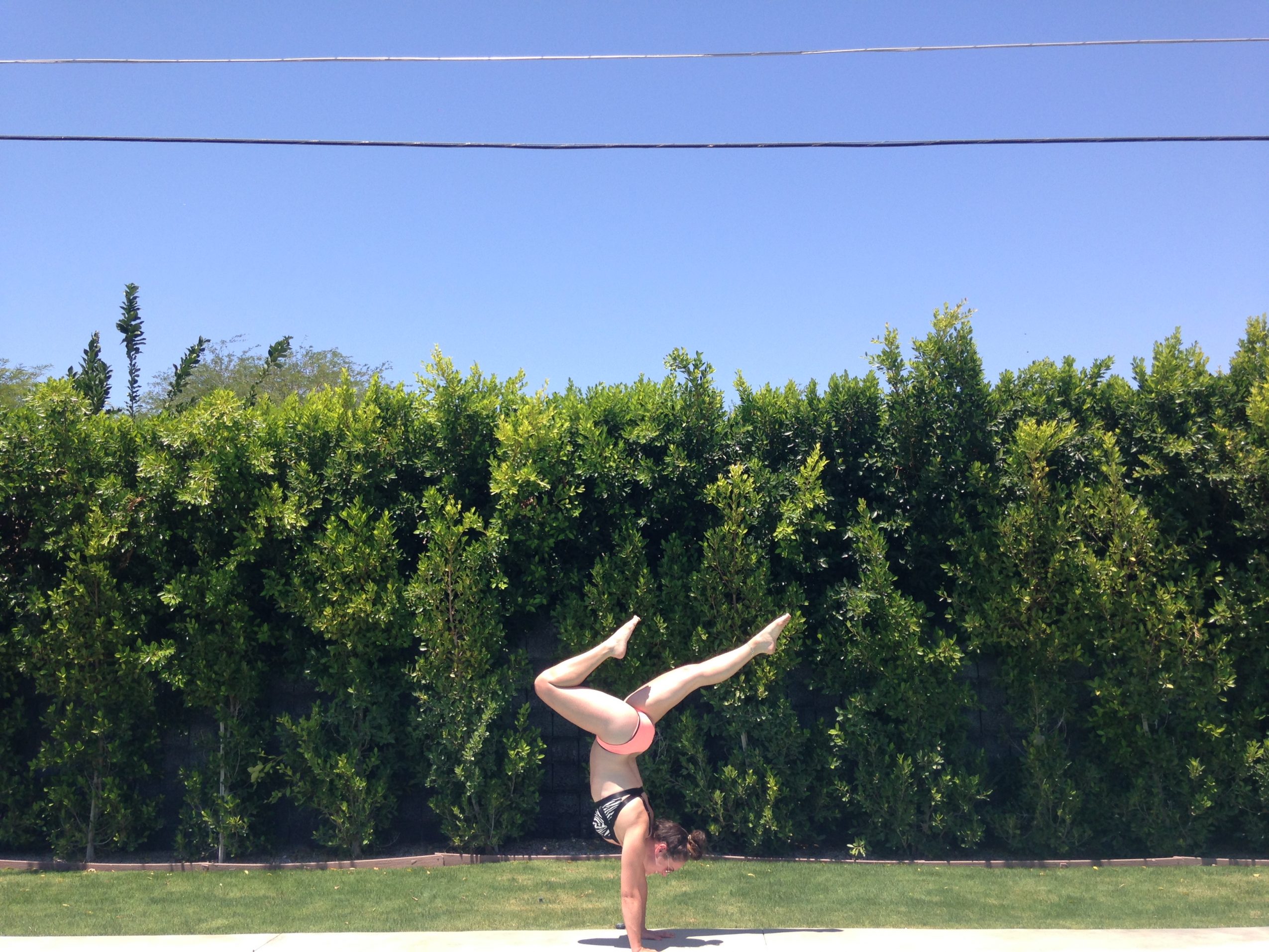 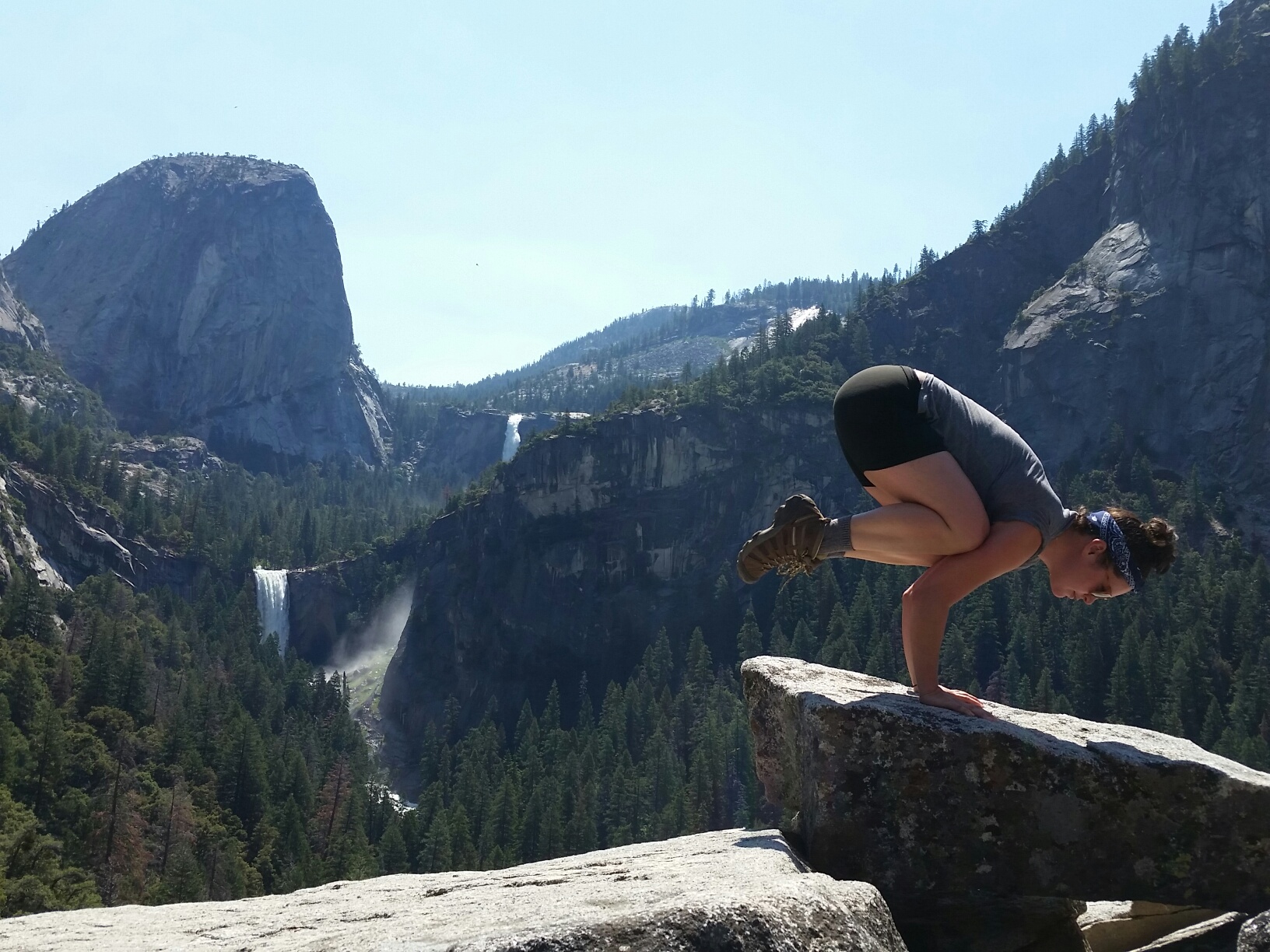 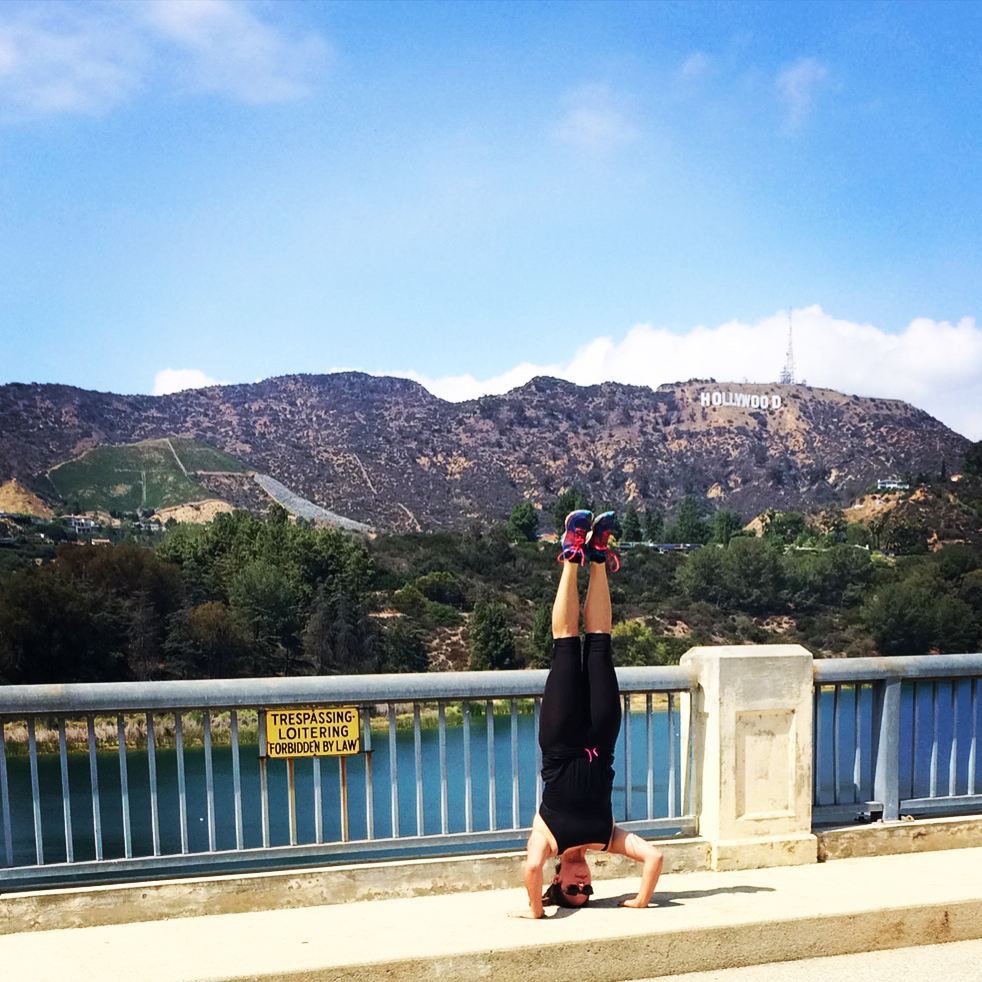