Meet Addi McClure of A Miyako M in Japantown 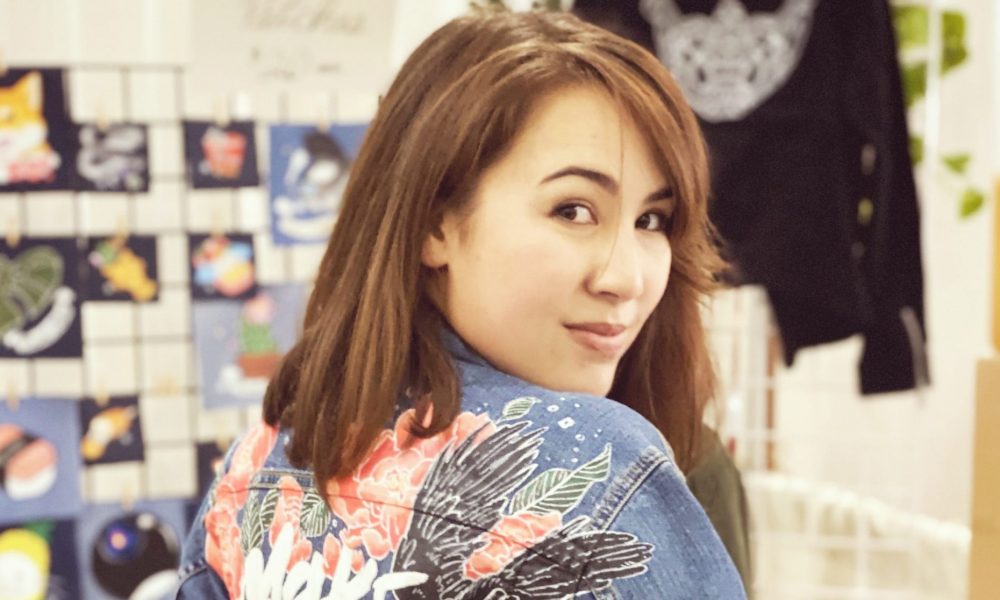 Today we’d like to introduce you to Addi McClure.

Thanks for sharing your story with us Addi. So, let’s start at the beginning and we can move on from there.
I’ve been creating art my entire life, pretty much from when I was old enough to hold a crayon. Though I had been studying drawing and painting for years, it wasn’t until I lived in Tokyo my junior year that I started exploring what it was that truly made me happy to create. I found a lot of inspiration in sumi-e fashion illustrations, Art Nouveau, and the animation and design scene.

Unfortunately, it was the middle of the recession when I graduated, so I went straight to working full time. I was miserable – I had no time, energy, or spirit left for art, and I felt like I was suffocating. It took five years and a new job with more stability before I would commit to giving my creativity power again, and it was the smallest effort: just do one doodle every day. It didn’t need to be a masterpiece or a detailed sketch, just something for myself.

Those daily doodles quickly evolved into my return to watercolor (a medium I hadn’t really touched since university), and at the time this medium suited me best because I could complete a small painting in a weekend and feel accomplished, rather than something larger in a medium that would take longer to dry, where I might lose my creative momentum during the work week. As someone who is also a bit Type A and hyper-organized, I also felt like watercolor was a practice in letting go.

Since then, I’ve done shows at various galleries, participated in craft fairs, art walks, comic conventions, and successfully run two Kickstarter campaigns. I’ve illustrated a tarot deck, painted custom jackets, and have had my work on display at various cafes and small businesses.

We’re always bombarded by how great it is to pursue your passion, etc – but we’ve spoken with enough people to know that it’s not always easy. Overall, would you say things have been easy for you?
The five-year-art-drought was probably the roughest. I think a lot of creatives can relate to that feeling that you’re not honoring and nourishing this very vital part of you when you don’t create (whether that’s art, writing, music, dance, etc.). It didn’t help that I was working full time as a retail manager for the first two years; 13+ hr shifts on my feet, coming home at 3am after a long day of being treated terribly by customers for things out of my control, and I wouldn’t know my schedule until the weekend before so I could never make any short-term plans, so my friendships suffered as well and I felt more and more alone.

When I finally began a new job that had regular Monday-Friday hours, my energy slowly became mine again and I was able to reclaim weekends or evenings for art, but I also now had to navigate how to be an artist on social media. They don’t teach you much about running an art business in school, and they certainly didn’t go over social media when I was a student! I had to learn a lot on my own just from observing other creators and how they formatted their posts, how often they posted, etc. And of course, anything on the internet brings people who need to voice rude opinions.

That said, I was pleasantly surprised that the artist community on social media is super supportive of one another, and we exchange a lot of knowledge and information!

Please tell us more about your art.
I primarily focus on watercolor illustrations, with my more popular request/commissions being pet and animal portraits – my most famous pieces are a Shiba Inu making coffee, a cat bartender, and a Frenchie ramen chef!

While the animal portraits are fun and well-liked, I also do a lot of personal work that’s a blend of Art Nouveau and Japanese folklore. Probably my proudest achievement in this sense is my tarot deck, the Botan Tarot, which I launched on Kickstarter earlier this year. It took me about three years in total to paint all 78 cards, and by the end there was quite a bit of anticipation for the launch. I raised over $31K for the campaign (800%+ over my goal!), and am in the manufacturing/printing phase now to send those out into the world!

Finally, in the last year I’ve really gotten into denim jacket customizations. I’m very particular about what commissions I take on for these since they’re very physically taxing to make, and I usually only make 1 or 2 for events, but it’s so cool to see someone wearing it or someone on social media recognizing it in public!

What were you like growing up?
I think most people were surprised that I’m a fine artist, because the narrative in pop culture portrayed artists as these dark, tortured, moody souls who expressed themselves through painting. By contrast, I was a very outgoing child, made friends easily, loved singing and dancing. People often told me they thought I was a cheerleader or a theater kid, and never realized I did art until I showed them. 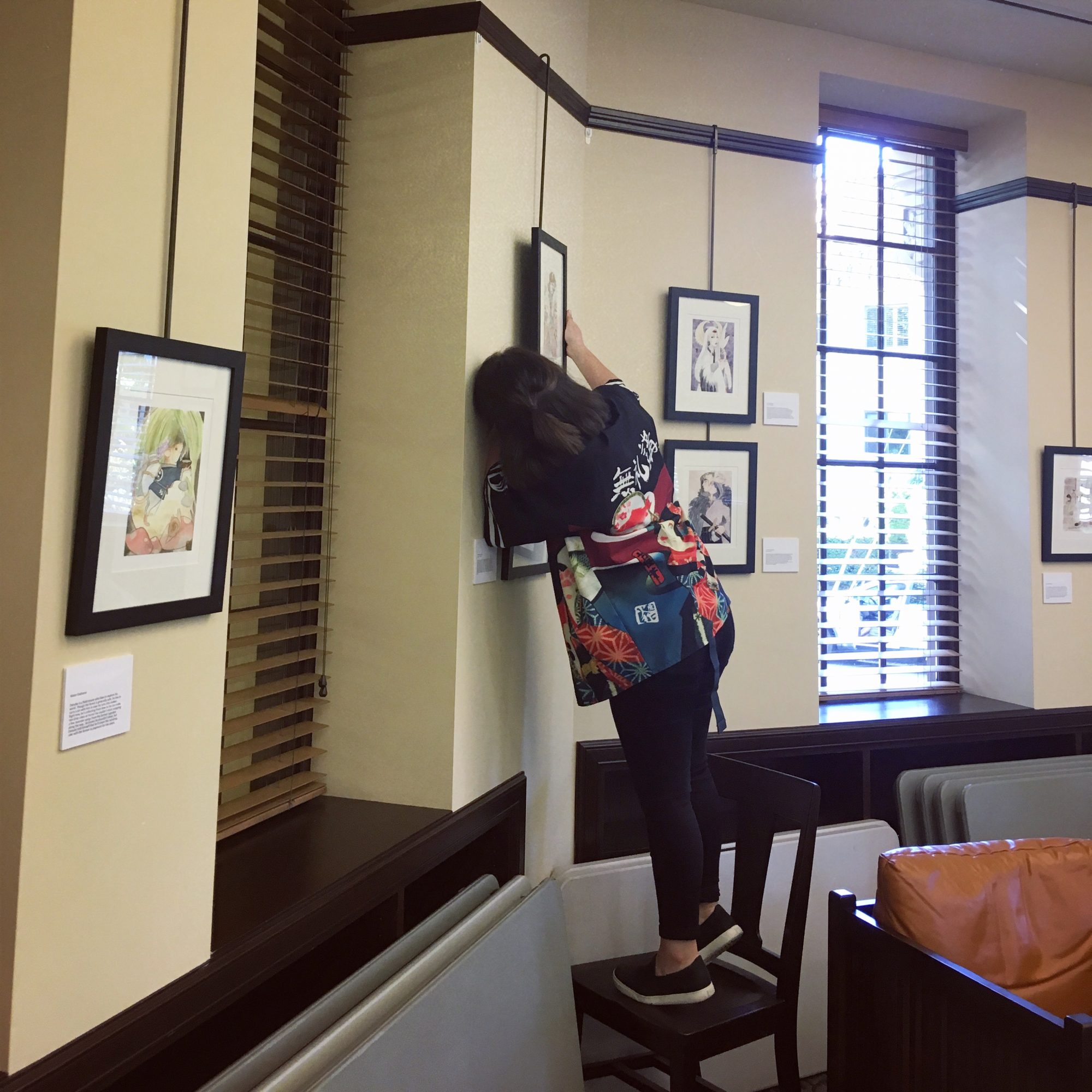 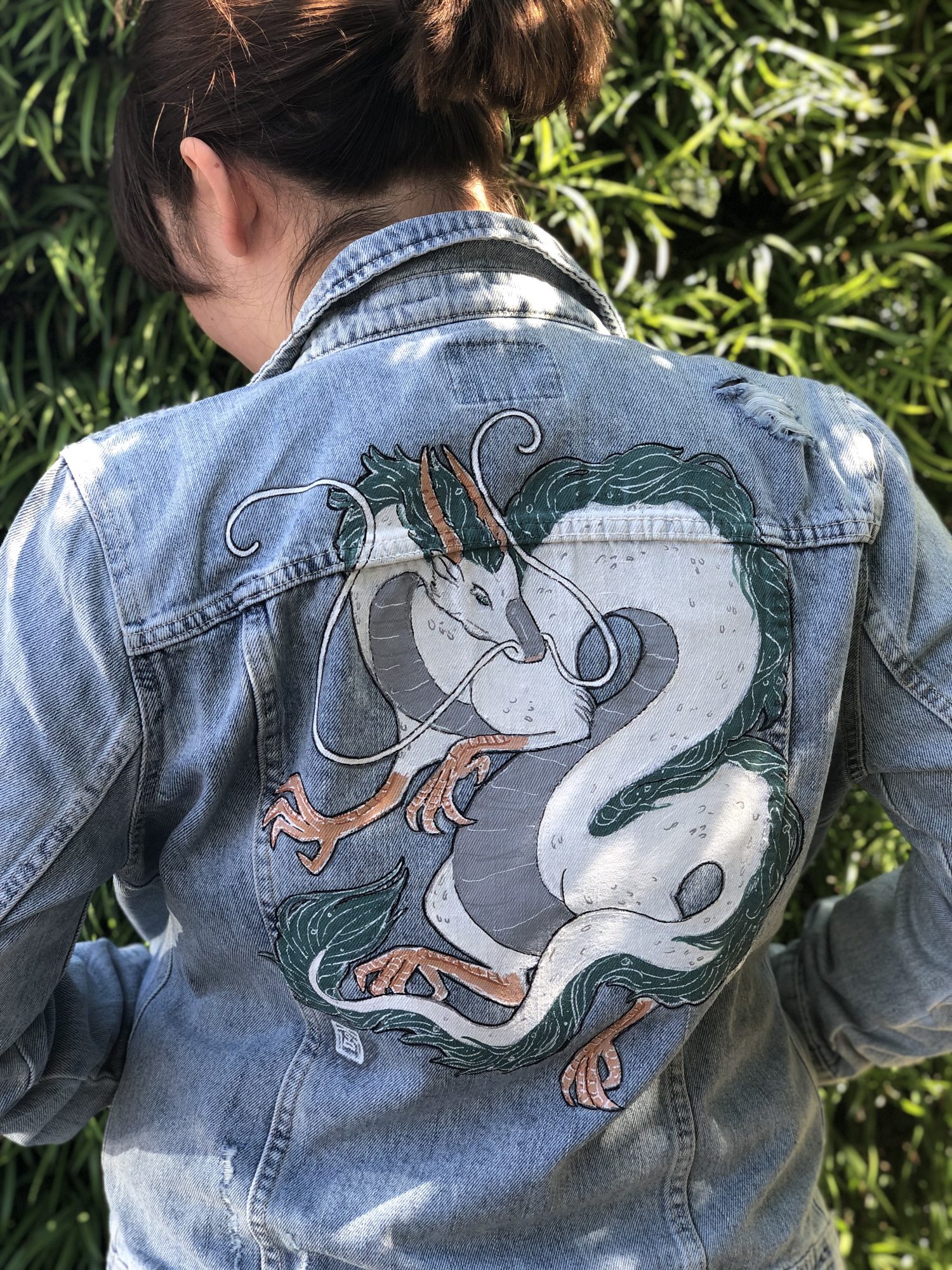 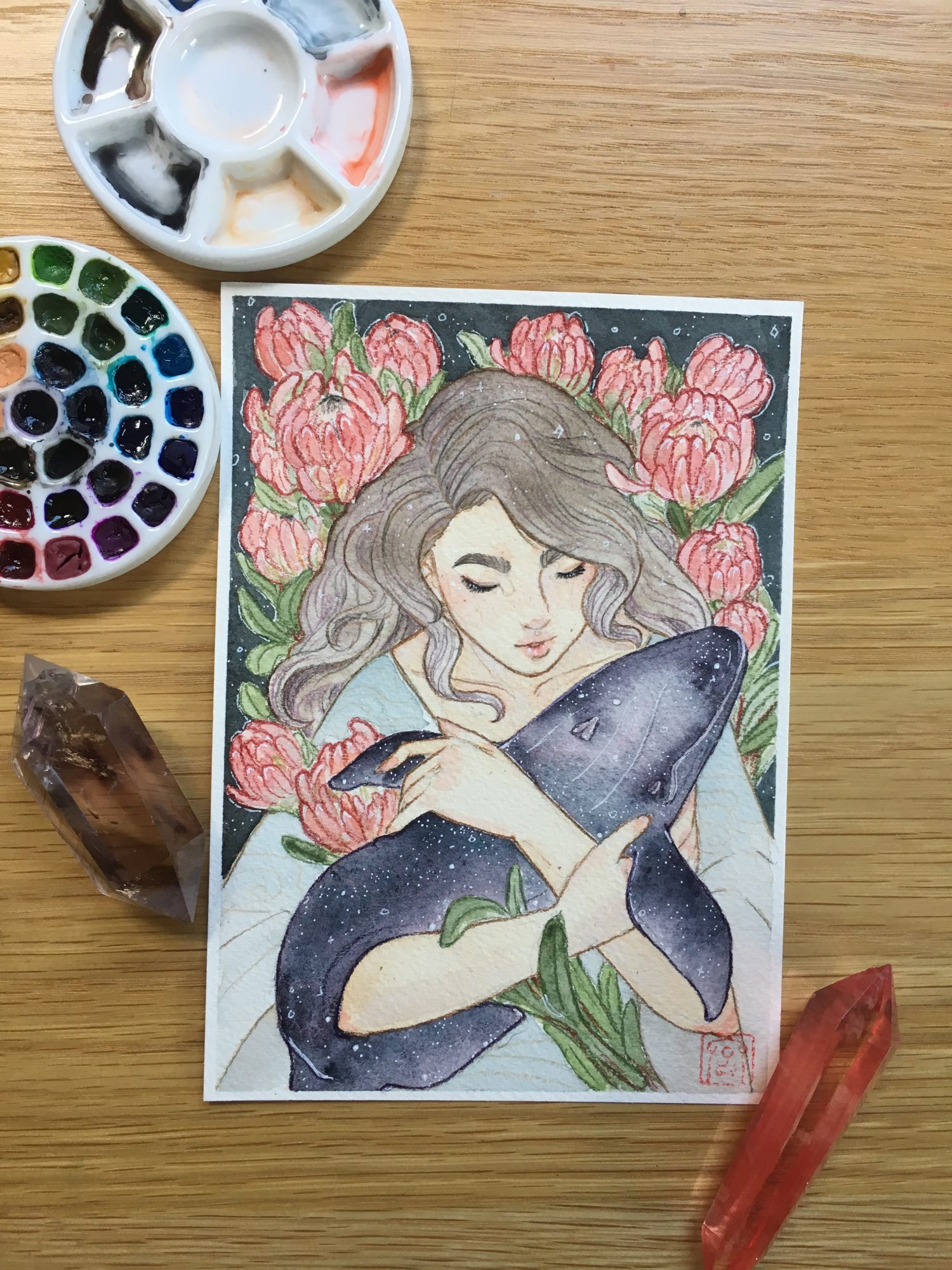 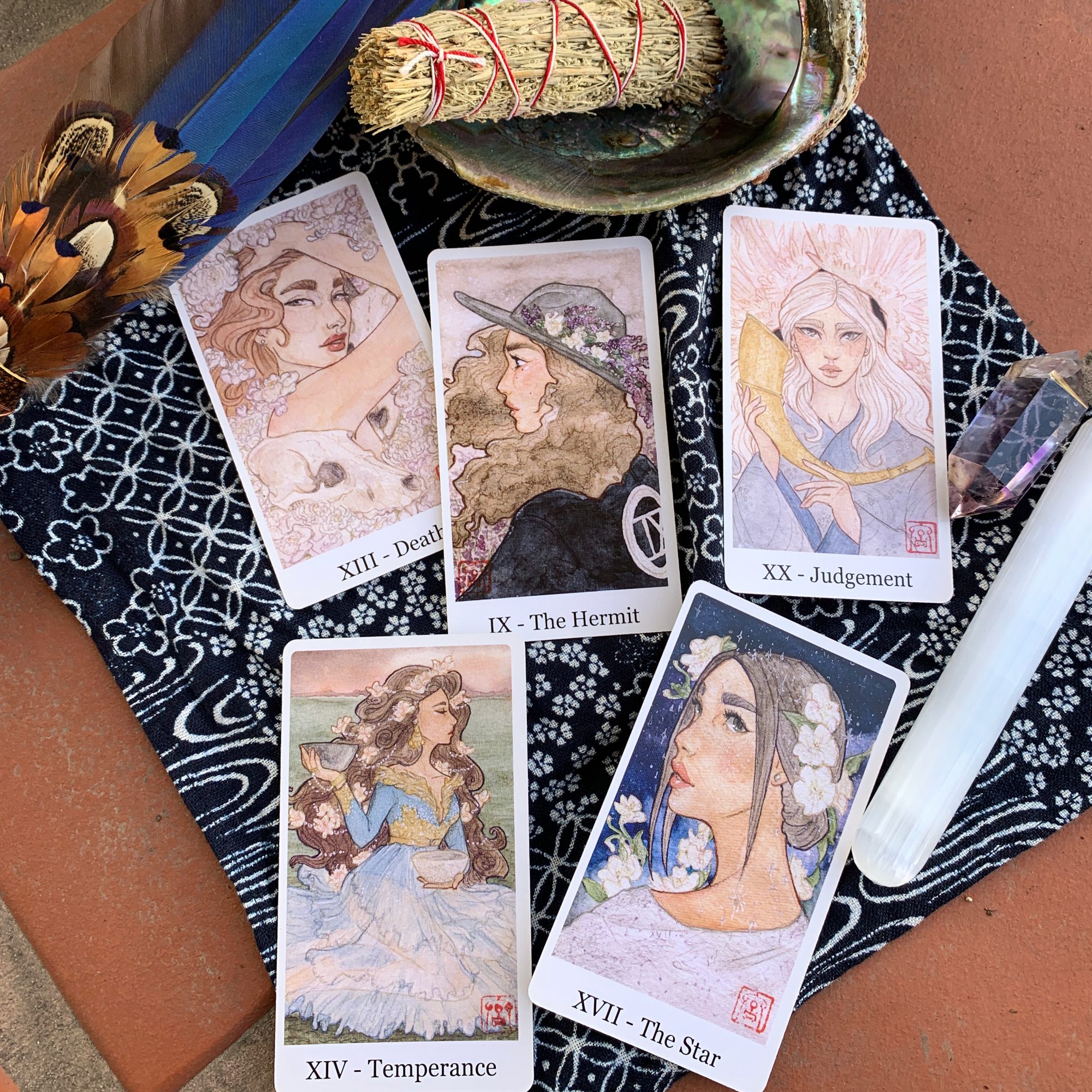 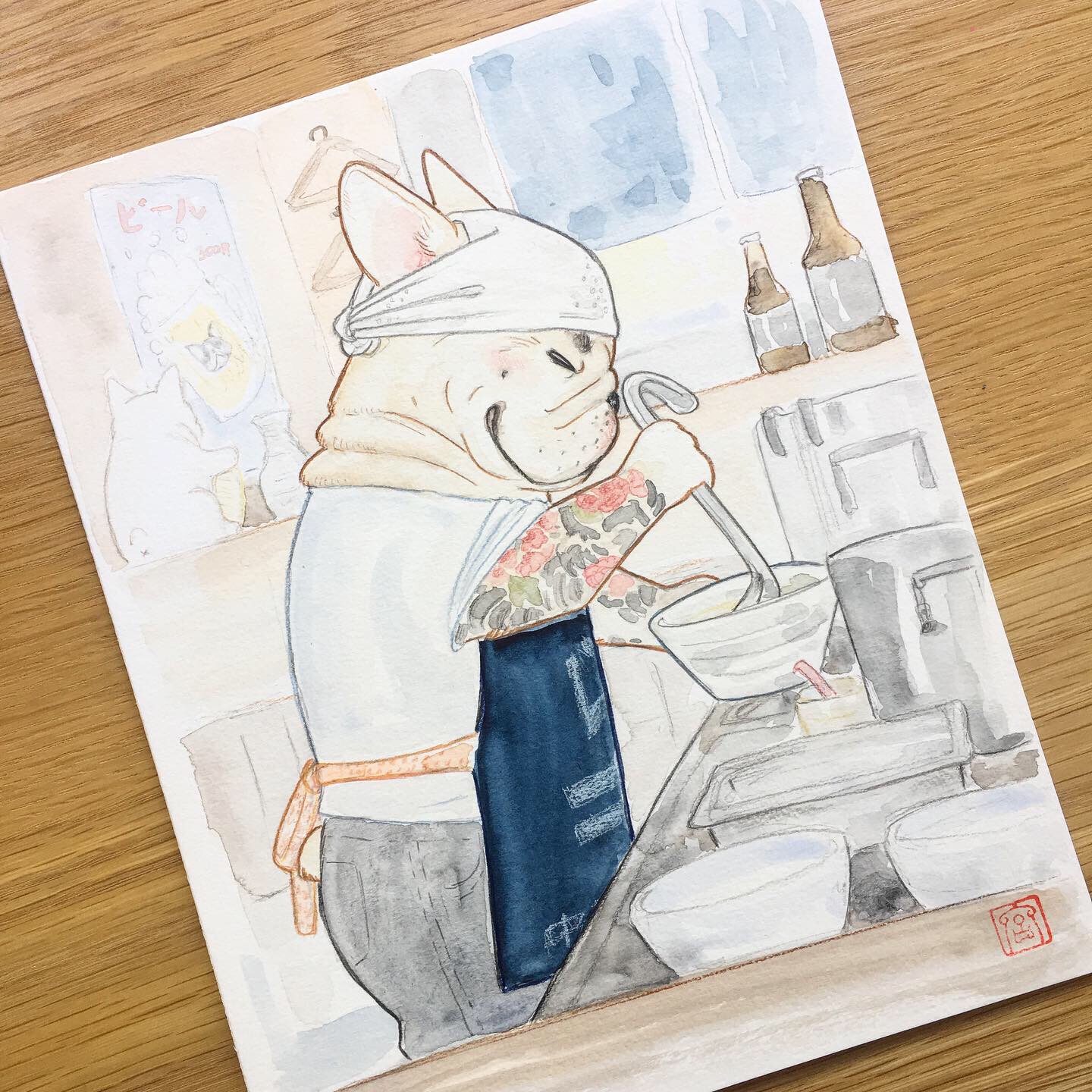