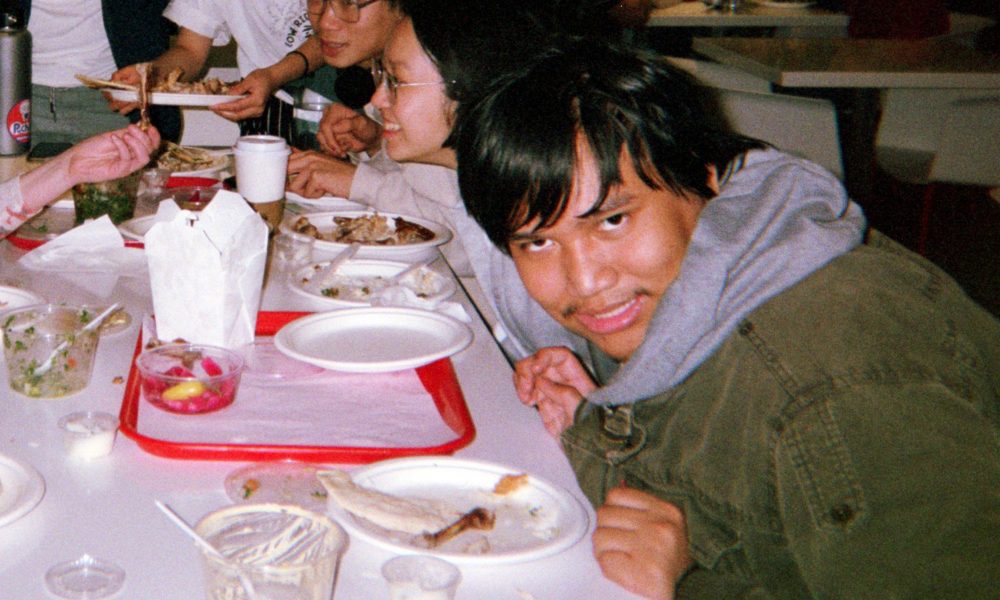 Today we’d like to introduce you to Adam Musa.

Adam, before we jump into specific questions about your art, why don’t you give us some details about you and your story.
I’m from Selangor, Malaysia! The food there is nice and it’s hot all year round. I’m the youngest of four children, and we all like art enough to pursue it in some capacity. I left the country two years ago to pursue character animation at Calarts. Before that I went to Taylors at Subang for foundation in design for a few months, then transferred into their American degree program for a year and a half. It had nothing to do with drawing, but I was told that it would be helpful for transferring into American colleges. I’m still enrolled in the school in Valencia. In California, big green trees seem to be a luxury.

Though I knew I liked animation and drawing since forever, my decision to pursue it in the way that I do now was a late one. Maybe it was because it didn’t feel like an option — I remember telling my parents that i wanted to be an architect whenever I’d turn into an adult, but that was only because it sounded classy. Up until recently I was convinced that I’d be content working on any job I can while drawing on the side. Now all I ever do is still draw.

My deep adoration for some looser and quirkier drawings came from my mother Siti, an artist herself, would often point at drawings from kids’ books and call them ‘beautiful’. I always agreed that they were nice to look at, but I didn’t always want to draw pictures tonally similar as a growing teen. I used to be far more interested in drawing images that seemed cool or beautiful somewhat. Or elegant? My earliest influences were video games. Especially JRPGs.

At no point did I think to draw something that did not take itself seriously, or something tender, they weren’t things I gravitated to in media. At least not until later. For whatever reason, none of it felt like something that I should do myself. Weapons and magic were the greatest things ever. Later emotional experiences and loneliness would then be the reason I turned to finding comfort in things that were purely funny and wholesome. And also, things that talk about unresolved feelings. And things that highlight the mundane. Works that are introspective, and works that are sweet are now my favorite! I think most adults go through the same thing. I just wish I appreciated works of these kinds sooner.

Something that I’ve been striving for in my work lately is pulling inspiration from various parts of being a Malay Malaysian — I am technically Javanese, but Javanese people mix in with Malays pretty closely. I want to push more malay/muslim and Malaysian influences into some of my design work, since Malaysians do not seem to exist in any foreign media. They’re pretty minor things – like the sort of ornate designs that are present here and there in southeast asian homes, food, hawker stalls, clothing. I don’t illustrate some of these things often enough. I can’t objectively say what being a Malaysian really is, the reality of it is so different for everyone. Even so, hardly any of that is being illustrated anywhere outside of the country for obvious reasons. I just think that there are some Malaysian things that are nice and worth illustrating! And I recognize that I don’t see more things with ‘local’ flavors because the things I grew up observing, and the things I gravitate towards, aren’t Malaysian! Even when the things around me were as interesting as anything on this planet. I think that kind of sums up my current sensibilities with art and what informs these decisions. The reality of it is that it’s not as intellectual as some may read it!

Great, so let’s dig a little deeper into the story – has it been an easy path overall and if not, what were the challenges you’ve had to overcome?
There have been many instances where I felt weird about my tastes in art and what I like to draw, specifically in my time in this space with other animation students. Several interactions in the past have had me wondering if my work will ever be taken seriously, or if it is at all ‘proper’, and it gets to me occasionally. Despite it all I cannot help but continue being the same person with the same tastes. HAHA. I am just drawing pictures. If it resonates with anyone, that is a bonus. I’ve come to know some of the best people here, who believe in what I do. And I believe in them, too.

Please tell us about your art.
I draw pictures of characters and I make them move sometimes. I draw just about anything, but animals and plants and patterns are my favorite. I think my obsession with it is what keeps me going? I really am just illustrating what I would like to see! 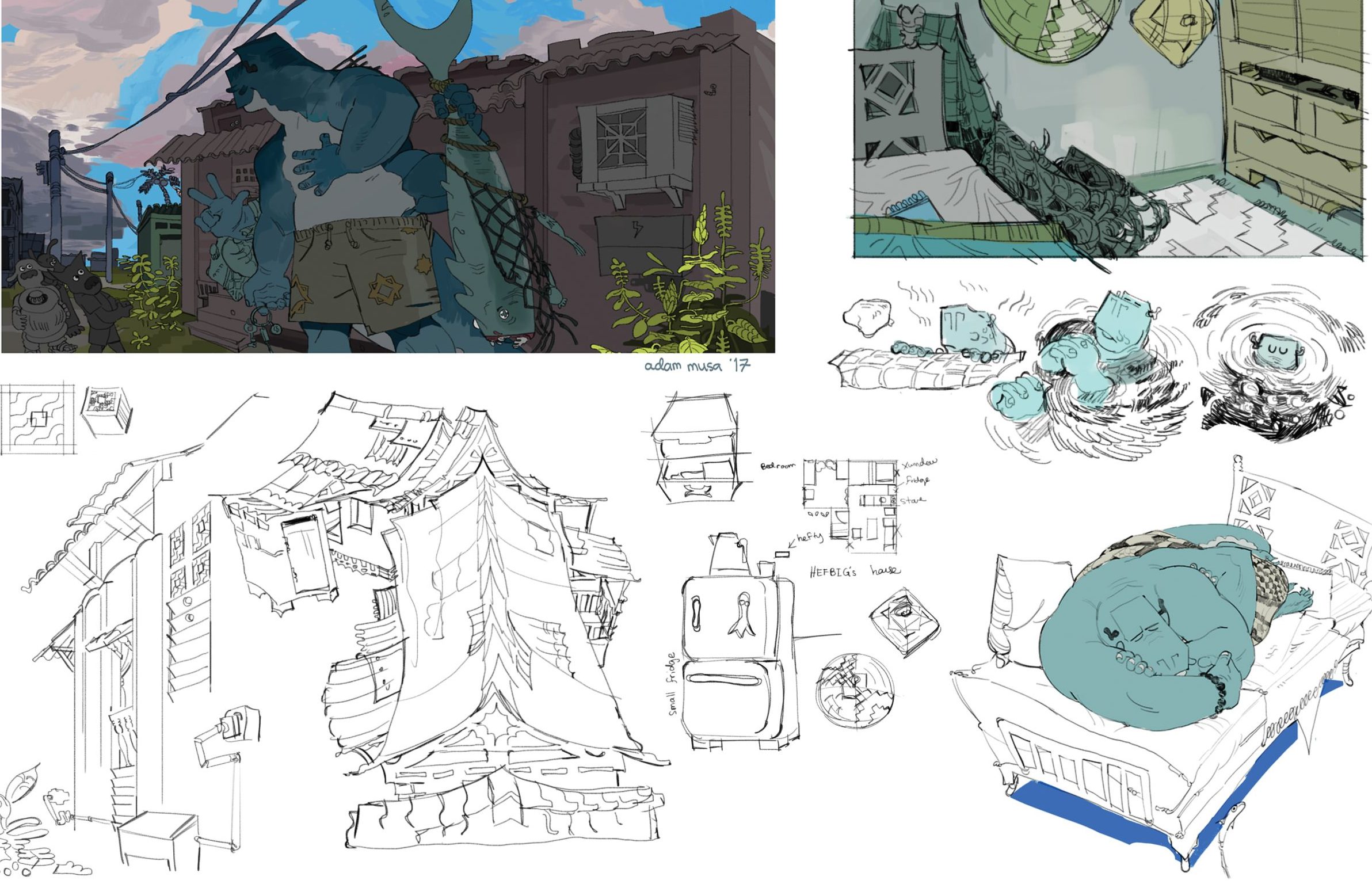 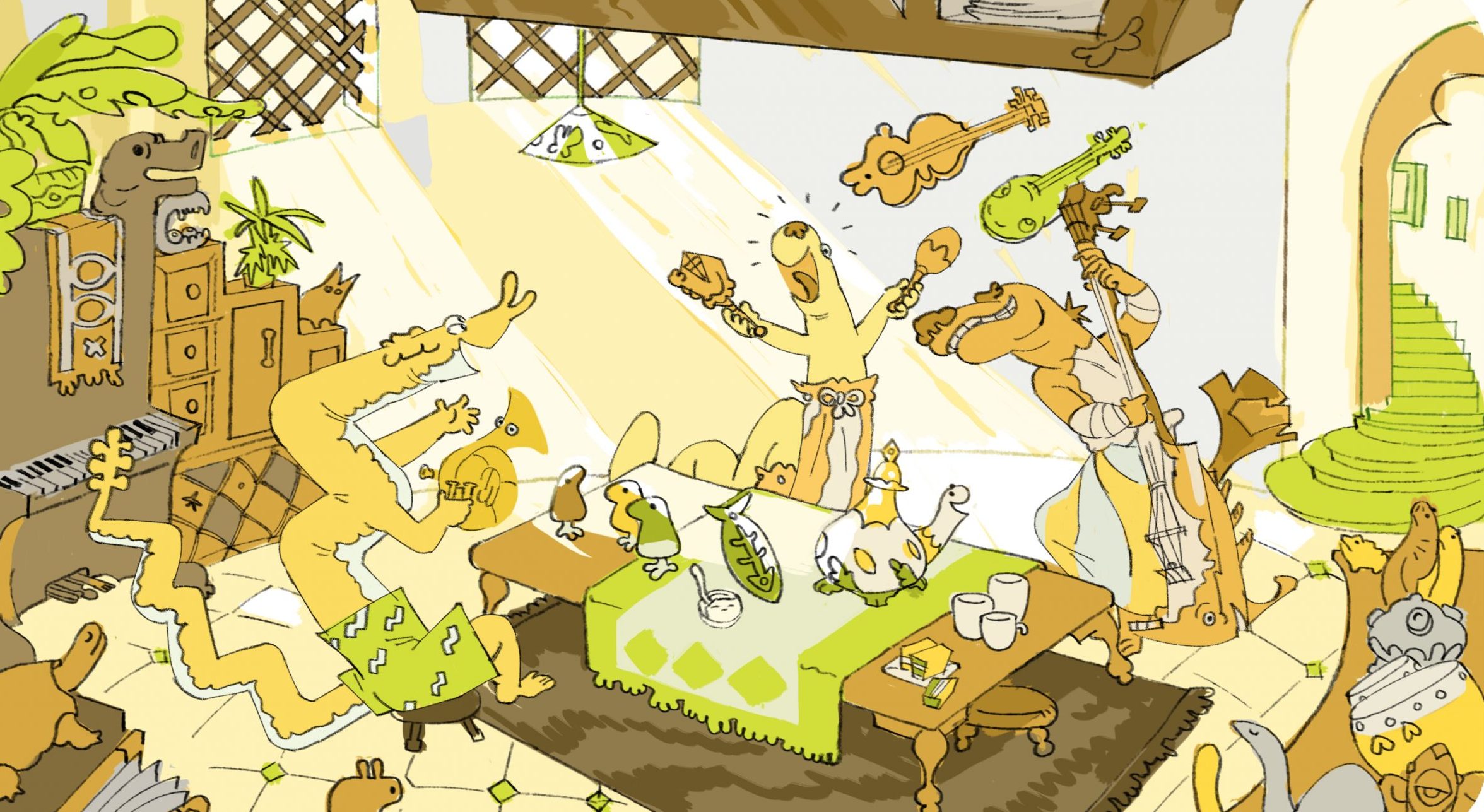 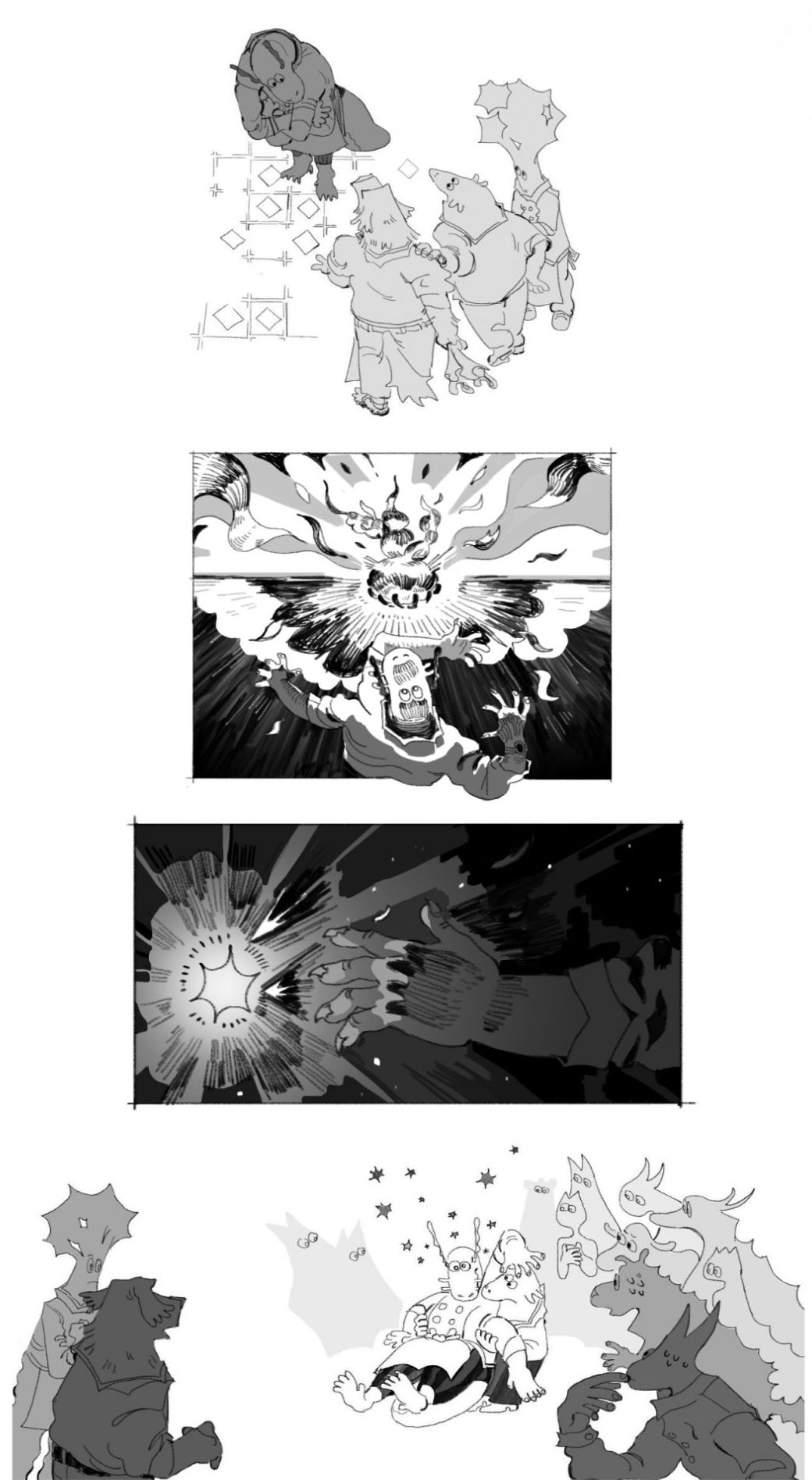 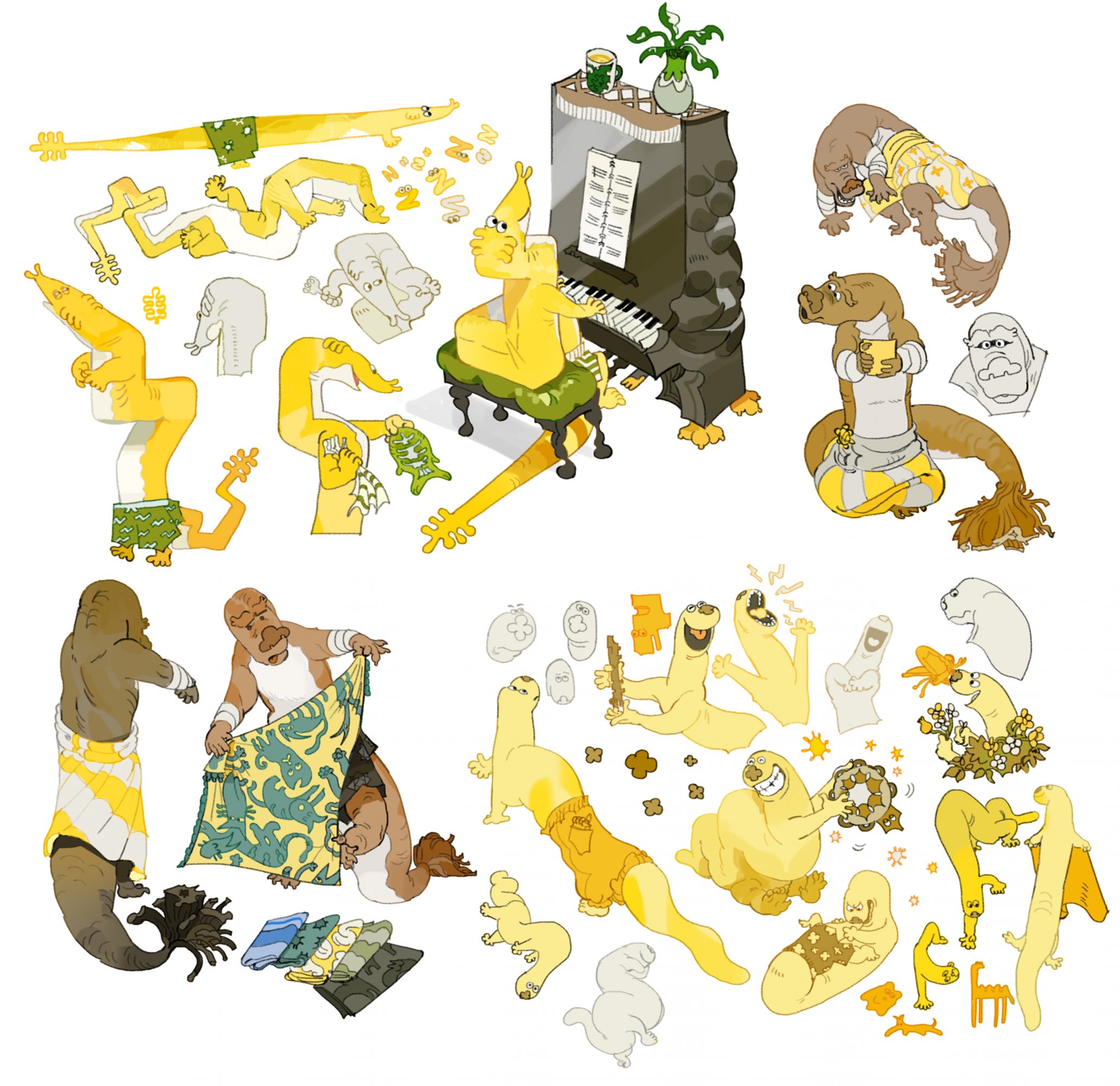 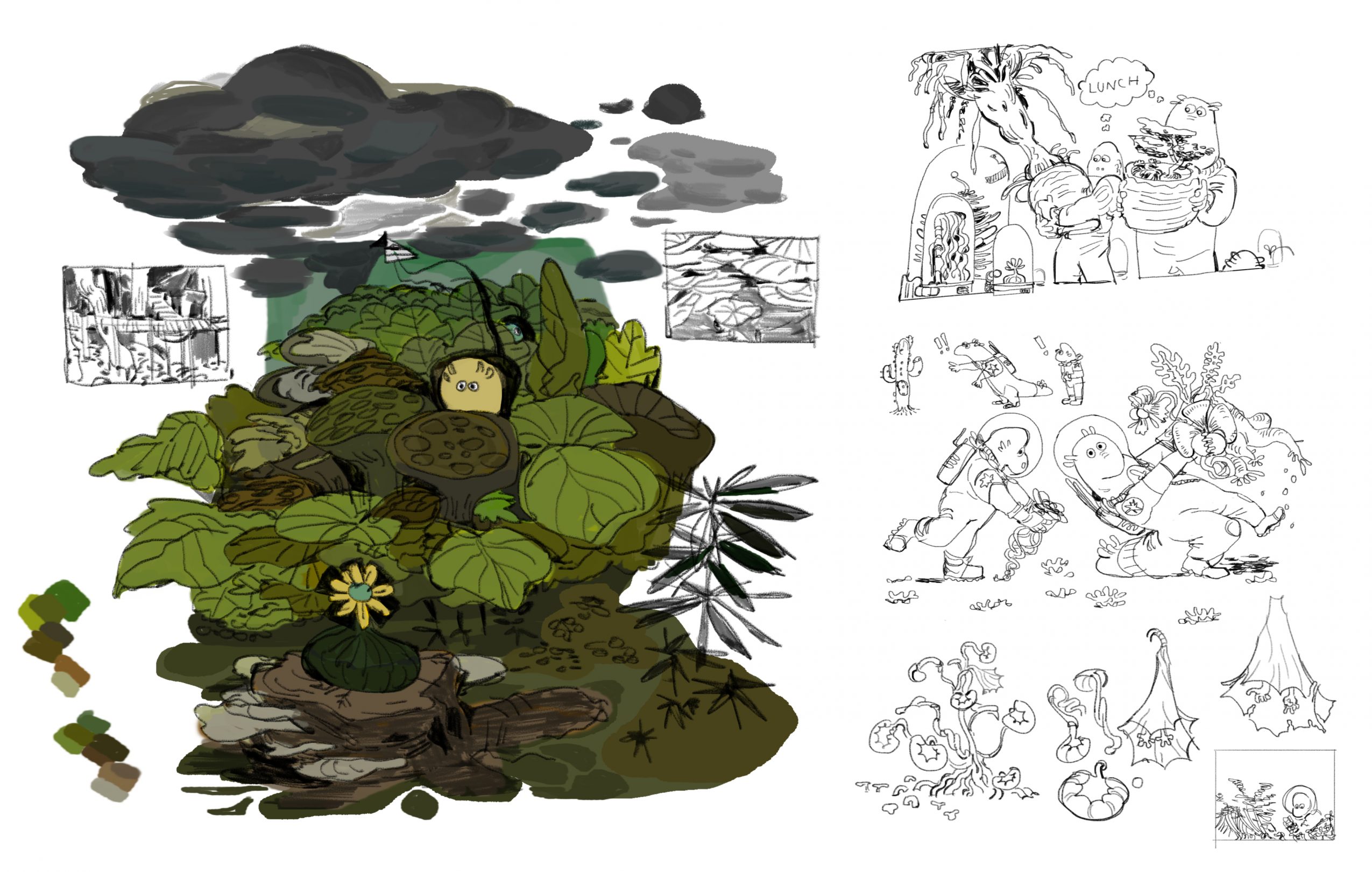 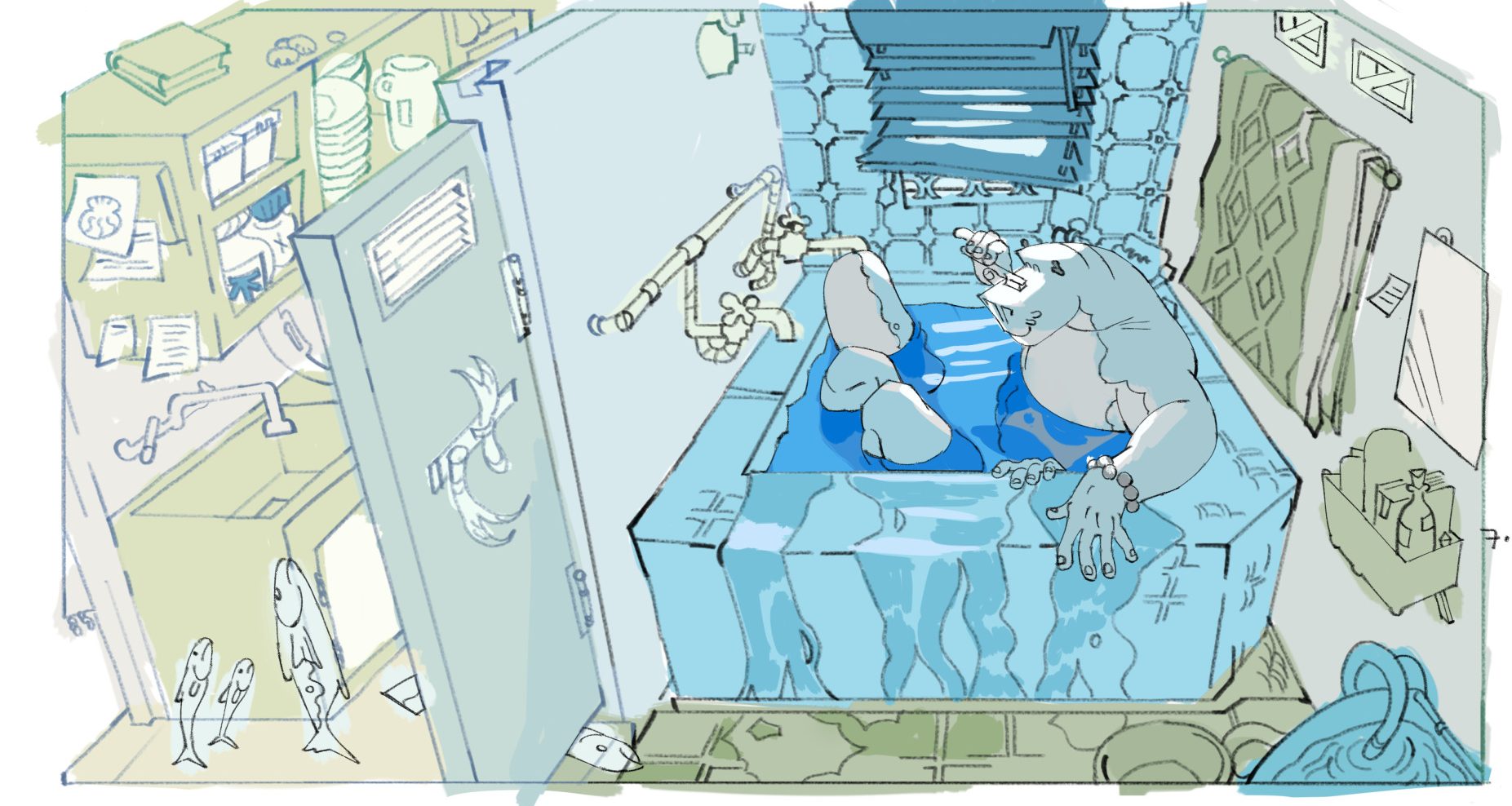 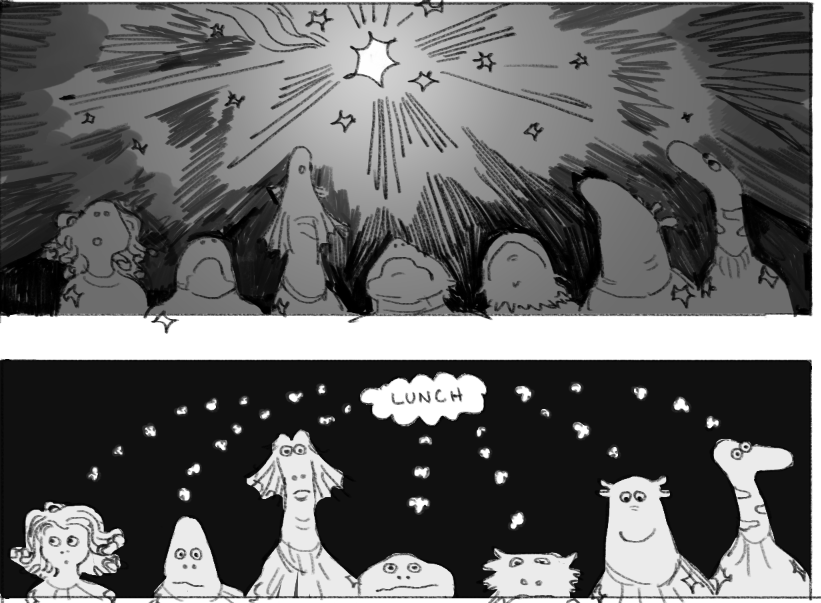 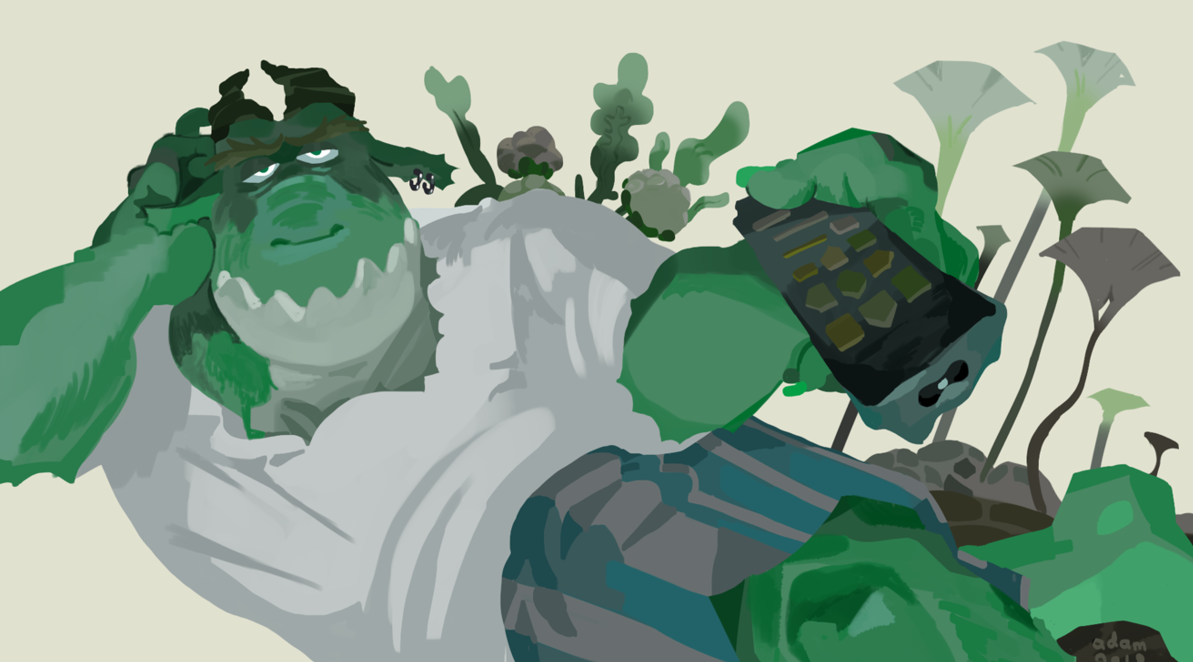