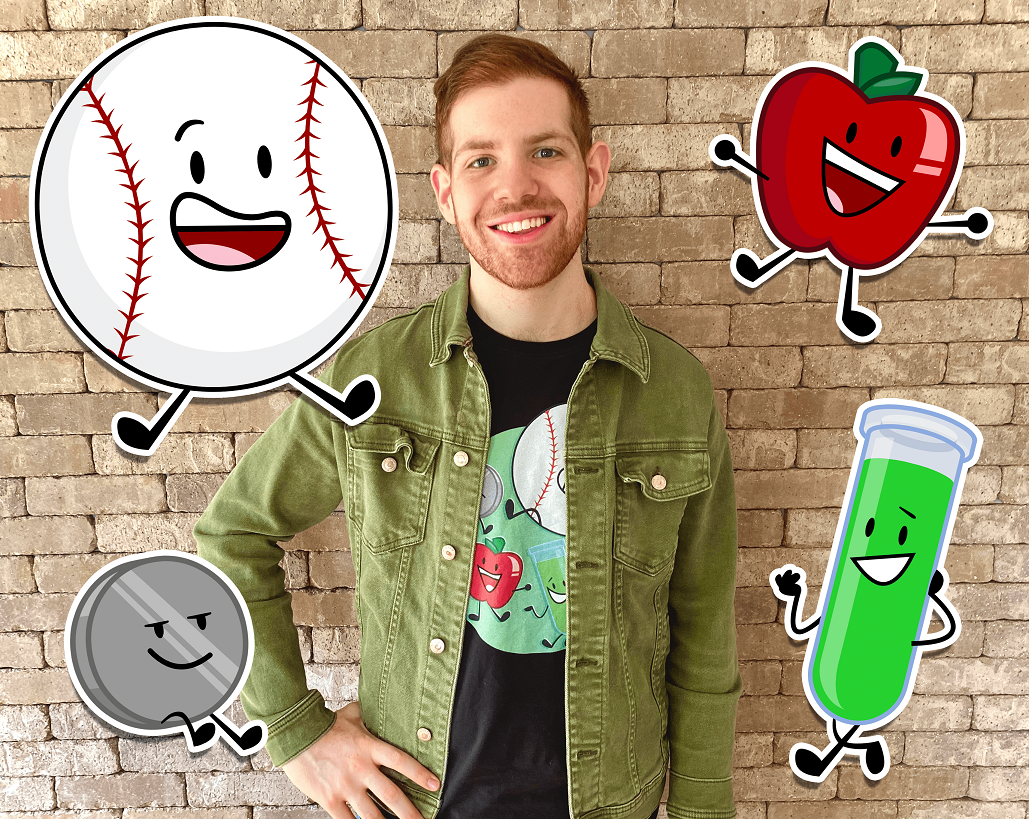 Today we’d like to introduce you to Adam Katz.

Adam, let’s start with your story. We’d love to hear how you got started and how the journey has been so far.
I hate to be that guy who starts off with “when I was a boy…,” but I’ll give in just this once. WHEN I WAS A BOY, I always obsessed with cartoons, even pausing the TV to draw what appeared on screen. I would draw Luigi hundreds of times to get him accurate to the Mario TV series that everyone definitely watched (… did anyone else watch that?).

When I turned 12, my grandparents bought me a birthday gift – an animation software called Anime Studio. I had no idea what I was doing, but I was so eager to just make something… anything! I absolutely loved Survivor and Total Drama Island growing up, and after watching Battle for Dream Island on YouTube, I was inspired to create my first animation. I posted “Inanimate Insanity, The Stupid Trailer” online when I was 12 years old, after an absolutely “exhausting” 3 hours of animating. I had pitched the video creation process as this super fun experience to my sister and friend, Derek. Ultimately, they sat on the floor of my room, quite bored, just waiting for me to complete it. After receiving a whopping 50 views or so on YouTube, I was convinced – I made it!

Every month, I would challenge myself throughout high school to create a brand-new episode. Over time an amazing team began to develop, starting with my personal friends Brian Koch, Justin Chapman, and Taylor Grodin. Now, nearly a decade later, that video has spurred into a series with millions of viewers worldwide! I am so thankful every day for the supportive fan community because it really pushed me to take my hobby into a real career path.

After high school, I moved out to good ol’ Los Angeles to study animation at USC. The facilities and curriculum were awesome, but the people really made the program what it was. Everyone brought something so distinct to the table and pushed each other to make the greatest product possible. I am currently a Production Coordinator at Netflix Animation and work on Inanimate Insanity on the side. I think being in production has actually helped me bring more creative energy to my personal work, as I am not being constantly burned out. Honestly, if I were storyboarding all day long behind a screen, I probably wouldn’t want to hop right off and get animating immediately, but that’s totally just me. It’s always about personal balance!

Has it been a smooth road?
I am very thankful to have such a wonderful and supportive family that really trusted me to pursue this path. It was definitely an uphill battle to move across the country to go after this dream, but that support network made all the difference. Parents, please support your kids’ creative goals! It’s possible! All I could draw in high school was Luigi’s face, and strangely well, but that was all! I am certainly not one of those people that can perfectly capture a gesture’s energy with three lines. I wholeheartedly believe resilience and positivity are superpowers.

I think being in such a large and talented pool of driven people can raise the stakes for everyone, even to a detrimental level. In school, there was always a pressure to be of a certain objective skill level or finding work would be impossible. At one point, I was literally told by a professor that I would never get a job solely based on my “bad drawings.” I think having a background on YouTube helped me in that department, because I would receive comments from anonymous people online that were like “your videos are terrible, and also you personally suck as well!” Now, I am so desensitized to the point where I could read 1000 in a row and not be phased. I am very thankful that I continued to make Inanimate Insanity throughout high school and college because it gave me the discipline to really see a project through. The majority of people quit before the end or get frustrated and discouraged, so I am quite proud of the fact that I just made stuff.

We’d love to hear more about your work and what you are currently focused on. What else should we know?
I work fulltime as a production coordinator for Netflix Animation! I feel very thankful to have worked on some wonderfully weird projects, including Centaurworld, and I am so excited for them to eventually be released. I spend a lot of time working with artists to create the smoothest pipeline possible.

My web-series, Inanimate Insanity, is an animated show where 20 characters, all of whom are inanimate objects, come to life to compete in a high-stakes game for a million dollars! There are grueling challenges, dramatic vote-offs, and most importantly… talking Toilets with super thick accents (okay, maybe just one.).

I always loved reality competition shows, but I specifically loved seeing character development naturally occur in unexpected situations. Yes, Soap loves cleaning, but how does that make it difficult for her to compete? Where does her love for cleaning stem from? Is it toxic for her, or something that gives her an advantage? Animated content, especially of the fictional narrative variety, is more of a rarity on YouTube because it is not as monetarily rewarded. We have an incredibly talented team working on this series, and it has been a journey to see this simple show concept evolve with its more complicated cast.

What has been the proudest moment of your career so far?
The proudest moment of my career definitely involves the wonderful community that helped launch me on this path. In June 2019, I hosted a fan meetup event for Inanimate Insanity and Battle for Dream Island, the series that inspired me to animate. I have always found it difficult to grapple with the dichotomy of digital view counts and actual humans. Being able to meet hundreds of awesome people who love our animations, and their supportive families made me feel that impact more than ever. I was able to doodle characters, take photos, answer questions, really anything I could to make the experience fun.

I always think back to when I had the opportunity to meet Charles Martinet, the voice behind Mario and Luigi when I was a young kid. That moment had such a profound impact on me, and it is powerful to meet the people who bring your favorite stories to life. Being able to pass a fraction of that magic on is an honor. 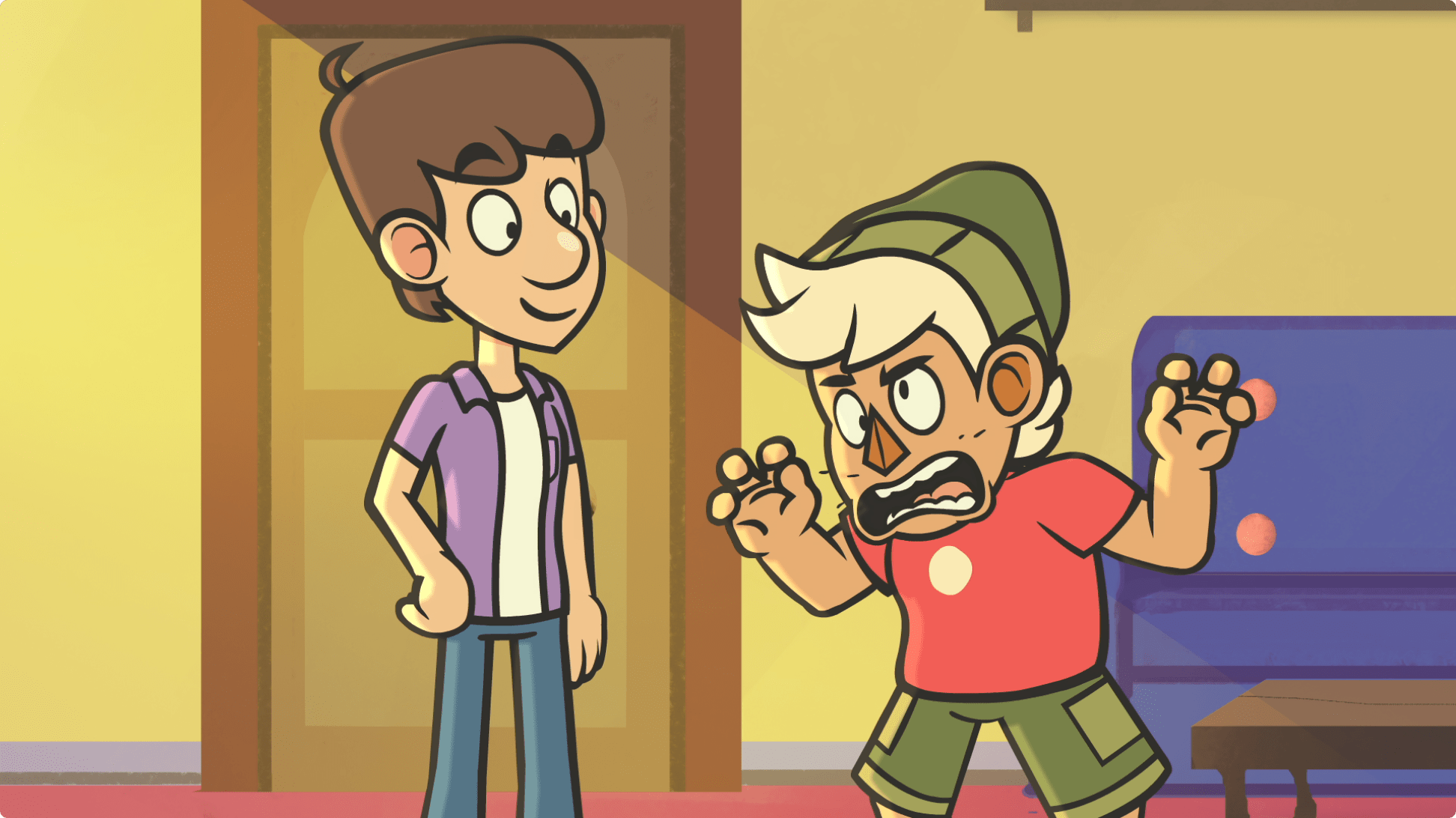 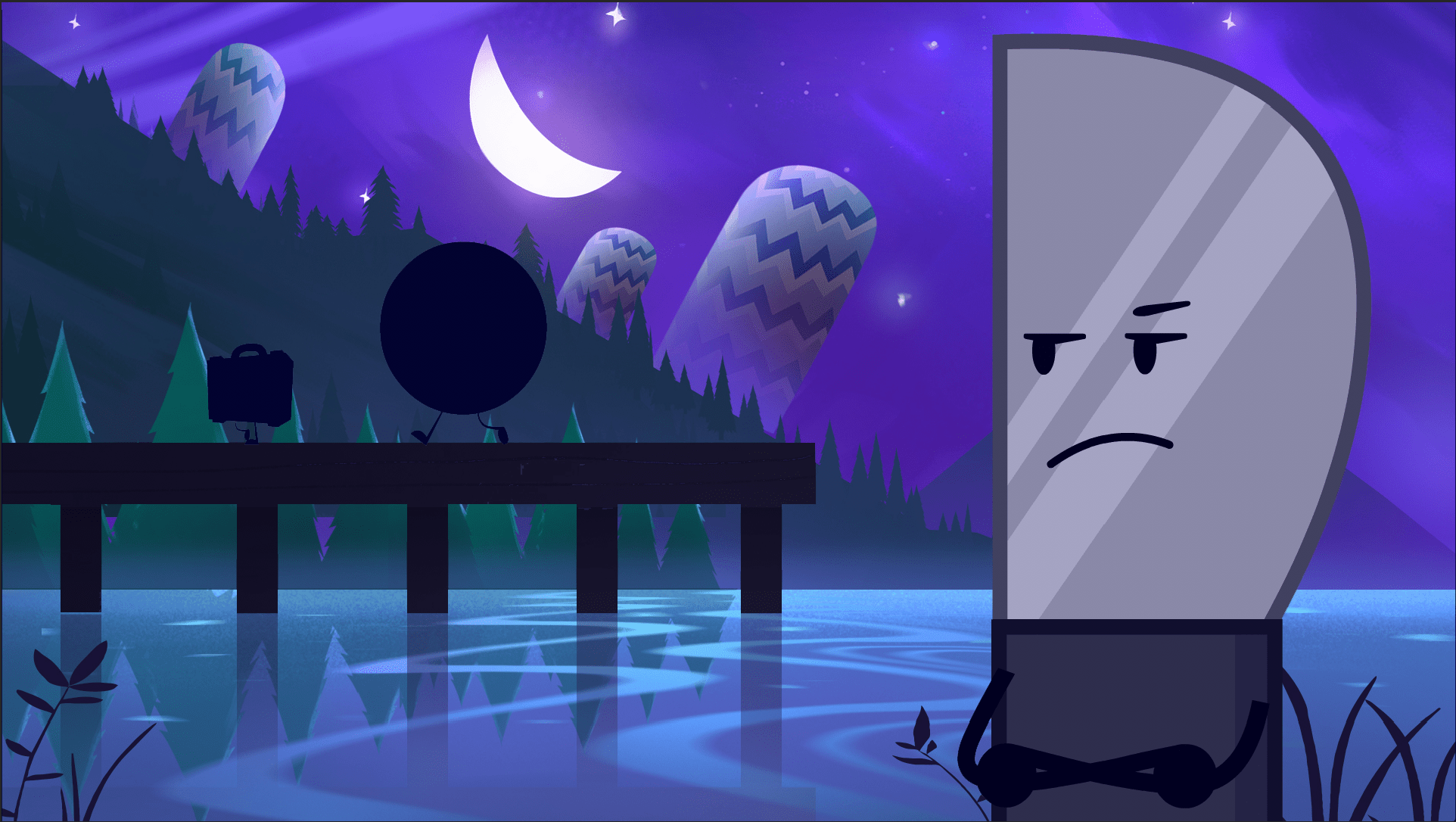 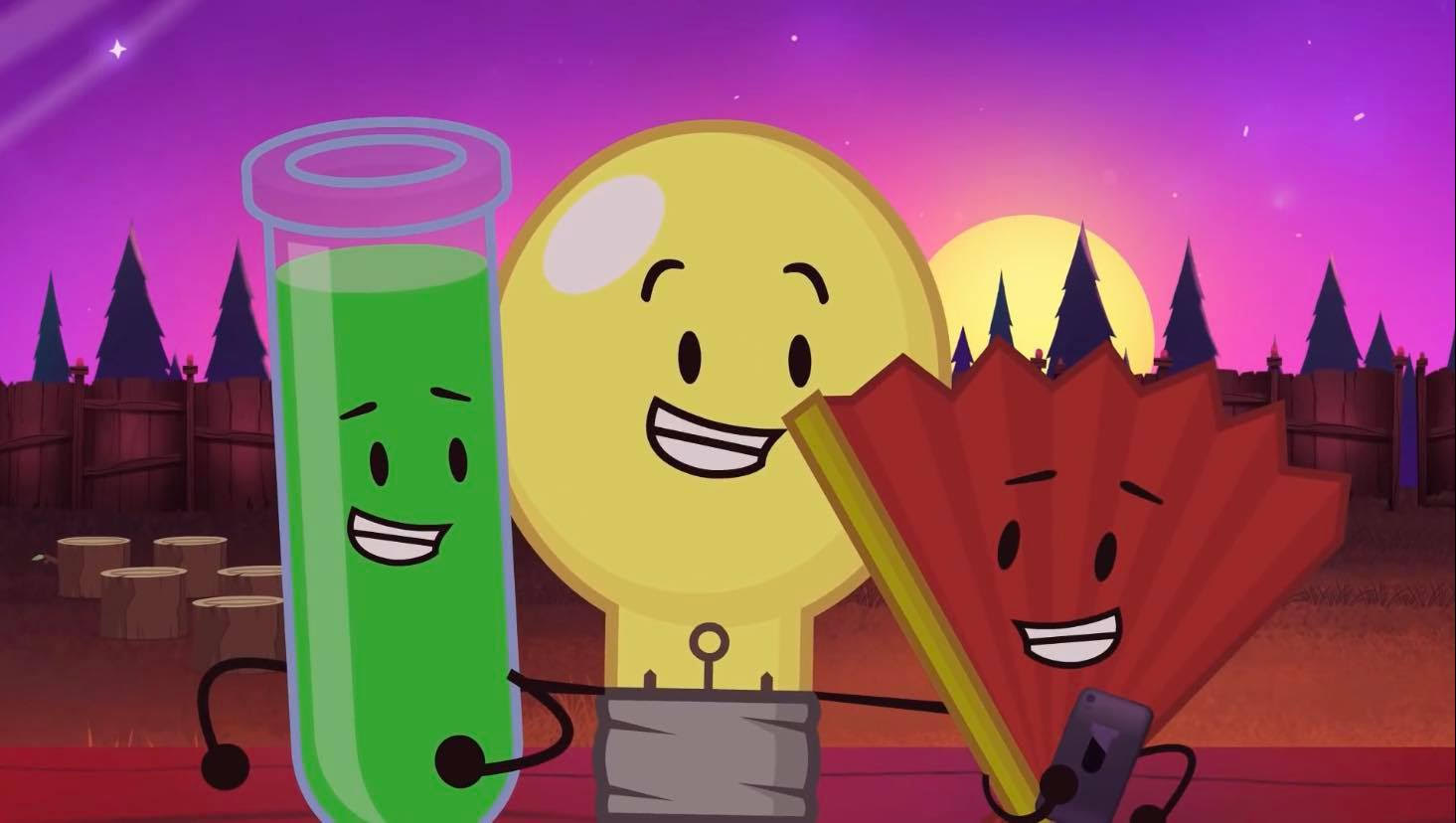 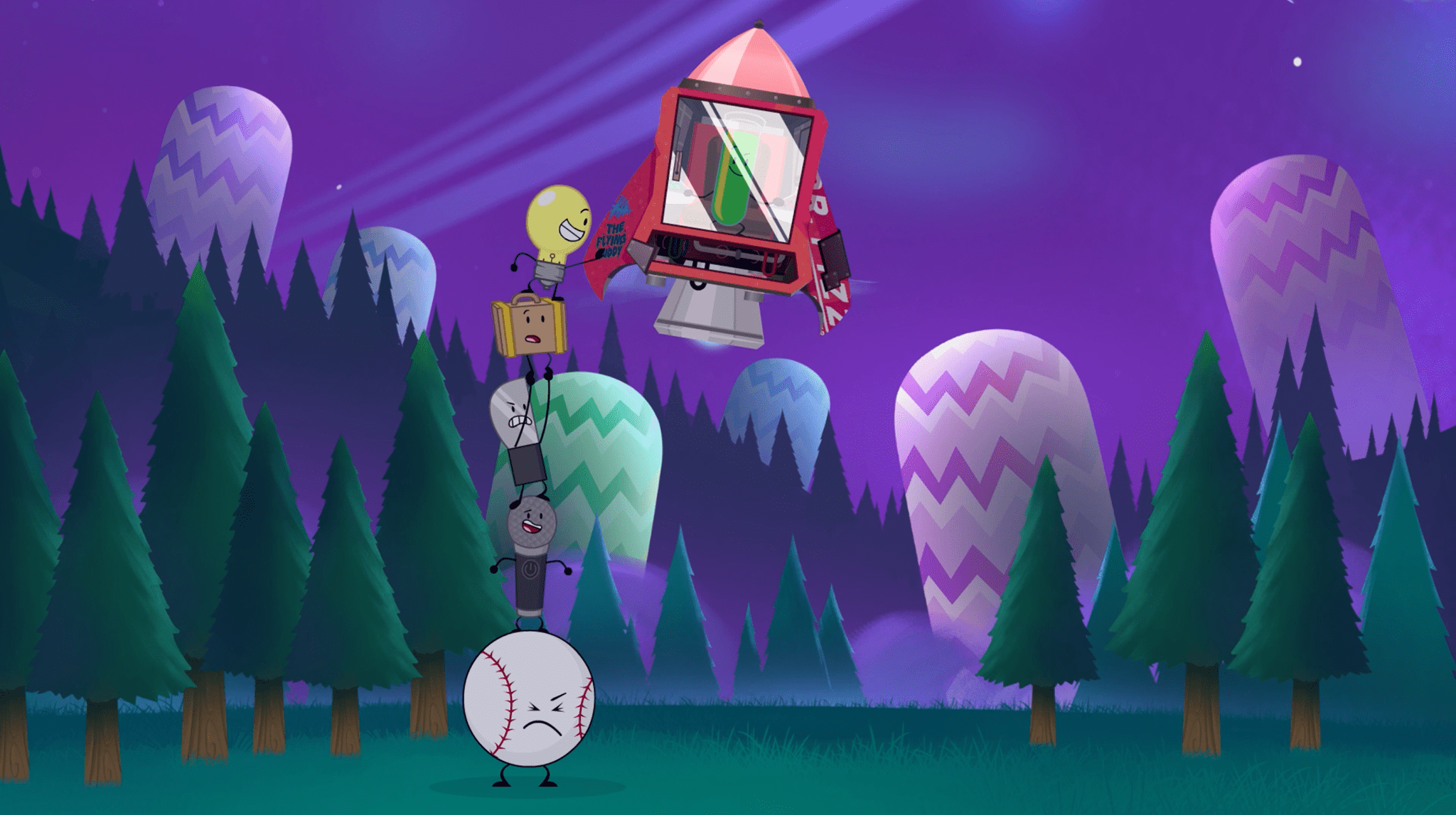