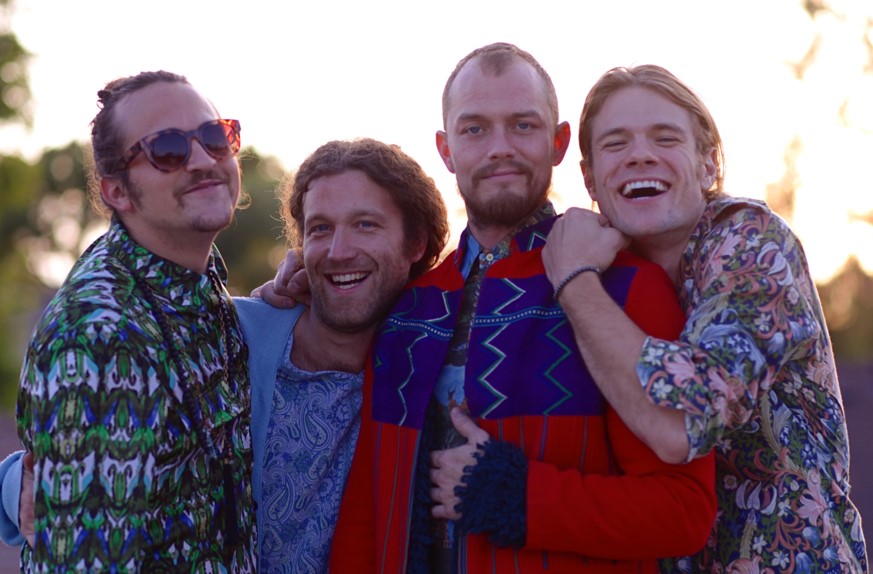 Today we’d like to introduce you to Adam Brooks.

Adam, please share your story with us. How did you get to where you are today?
Andy and I have played together in multiple projects and worked on music in some sort of collaboration for ten years now and with Seth for nearly as long. The three of us started Smoky Knights as a trio five years ago as a band based in good vibes and fun times, as silly as that sounds. We kicked around and made an EP but then Seth went back to Canada and we were even a duo for a while. Seth finally made his way back to the states and we got the band back together, as they say, and not long after that, we brought sweet Jesse into the fold.

We always felt that we would find the right fourth guy and expand, and that is how it went. Jesse and I worked together at a swanky spot on Ventura where he was a sous chef and I was a bartender, or a door guy or whatever I was at the time. Jesse would roll up on me in the liquor room or out by the dumpsters and play me songs he was working on; we had a good rapport because he’s a generally nice guy and when we invited him to jam a little with us, it clicked and he’s been nothing short of just lovely since.

We have been playing around town and toured all over the west coast for the last couple years; we made three EPs and finally, this summer are releasing our debut full-length album, Valence. Also to support that we are heading out on our first east coast tour, playing two summer festivals while we’re at it. It is a hugely exciting time for us and we are trying to keep feeding the engine and let it roll.

We’re always bombarded by how great it is to pursue your passion, etc – but we’ve spoken with enough people to know that it’s not always easy. Overall, would you say things have been easy for you?
As with Life, nothing is completely smooth and we’ve had our struggles here and there. Seth is a Canadian and that poses some hoops to jump through as far as visas and him being here and generally being able to legally be together. Being an independent band today also comes with some tricky things like our old friend Money. We all struggle to keep the rent paid and working side jobs and this and that while we continue to treat Smoky Knights like the full-time job it is.

Streaming platforms just do not generate a large source of income for most artists, and so the grassroots way of touring and selling physical copies is still a real thing for us. We are getting our new album, Valence, pressed on vinyl and taking it on the road to sell like vacuums to anyone who will buy it and hug it and fantasize about the golden age of music the way we do when we get records. It’s just the way it is. That and being away from your life and your loved ones for touring is bittersweet. It’s amazing and free and beautiful and unpredictable on the road, but we miss our partners, you know.

Please tell us about Smoky Knights.
Smoky Knights are a four-person band and we specialize in mixing rock and roll vibes with flamboyant psychedelic soul and funk. We like to get people dancing and we present a very open space to all who attend a show. What sets us apart is that we are a group of best pals pushing against the norms of what is hot and what is trendy. I wear dresses and sing songs like “Pearls are for the Real Men”. Every one of us has a very unique style and we try not to look like every other band. We love each other and love life for the opportunity to do what we truly feel we are meant to do, and we are ambassadors of this message to everybody we meet out there. Smoky Knights are always trying to make the vibes of a place better than we found it, and that goes for on stage or off.

I love that we attract all sorts of kooks to us, as we are usually the most colorfully dressed crew in the small-town diner we’ve shown up at for breakfast. But we also love seeing straight-laced grown adults in suits or gowns writhing on the floor by the end of a set too, we have something for everybody.

What were you like growing up?
I personally was a very wild youngster with a lot of energy and a healthy dose of whatever gene gets you into trouble a lot. I played sports all the time and I was pretty competitive in everything. My sisters always remind me about cheating at the old children’s board game Candyland. They never let me live it down. I played sports in high school and did some plays and played in a couple of bands. I ended up playing lacrosse at Ohio State but shattered my thumb during my sophomore season and drifted stepped directly back into the arts for good from there. I started doing plays and writing really bad songs and trying to write funny songs too, all bad.

I came out to LA and started working as an actor but then became much more focused on music, so then I started sucking at auditions and being unprepared because I was playing in bands and performing around Hollywood or wherever all the time. Cut to ten more years practicing and putting in the hours writing, performing, hustling, and it should be mentioned that I was incredibly fortunate to meet the other members of Smoky Knights. We are very much an equal collective, we vote on everything democratically and we split everything equally. 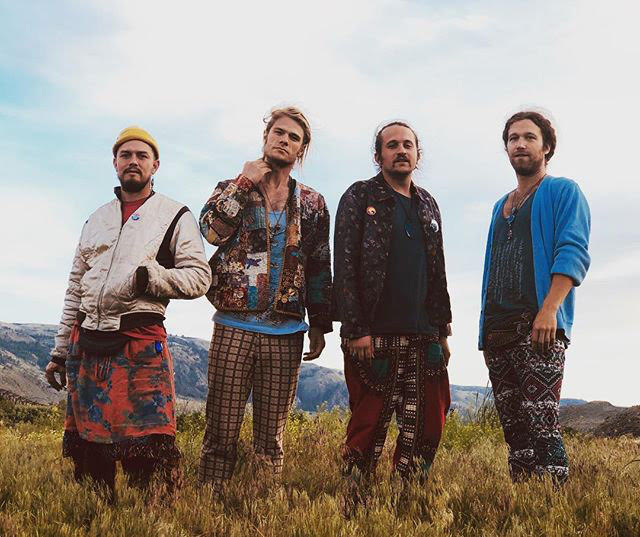 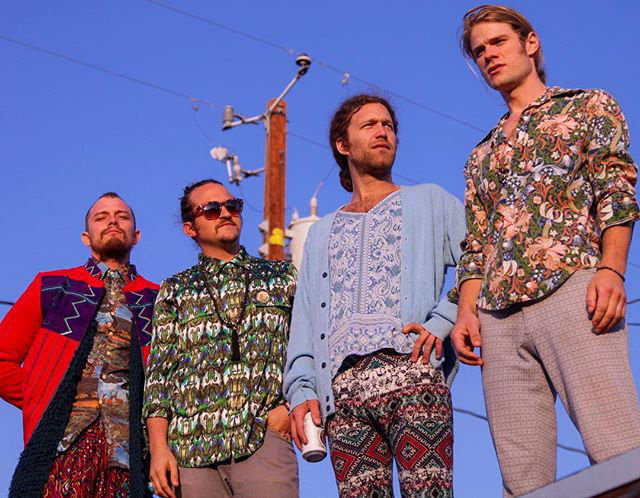 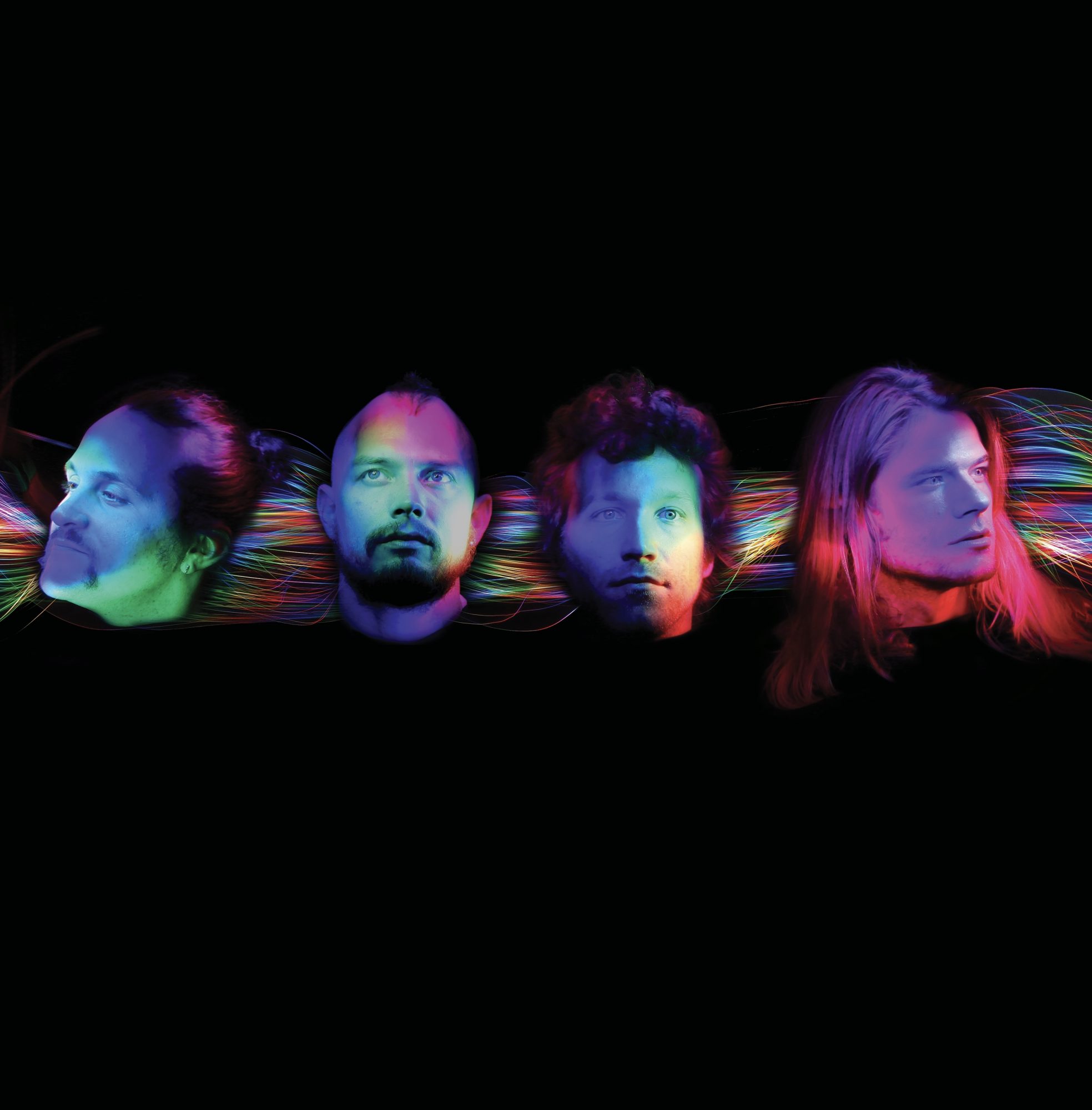 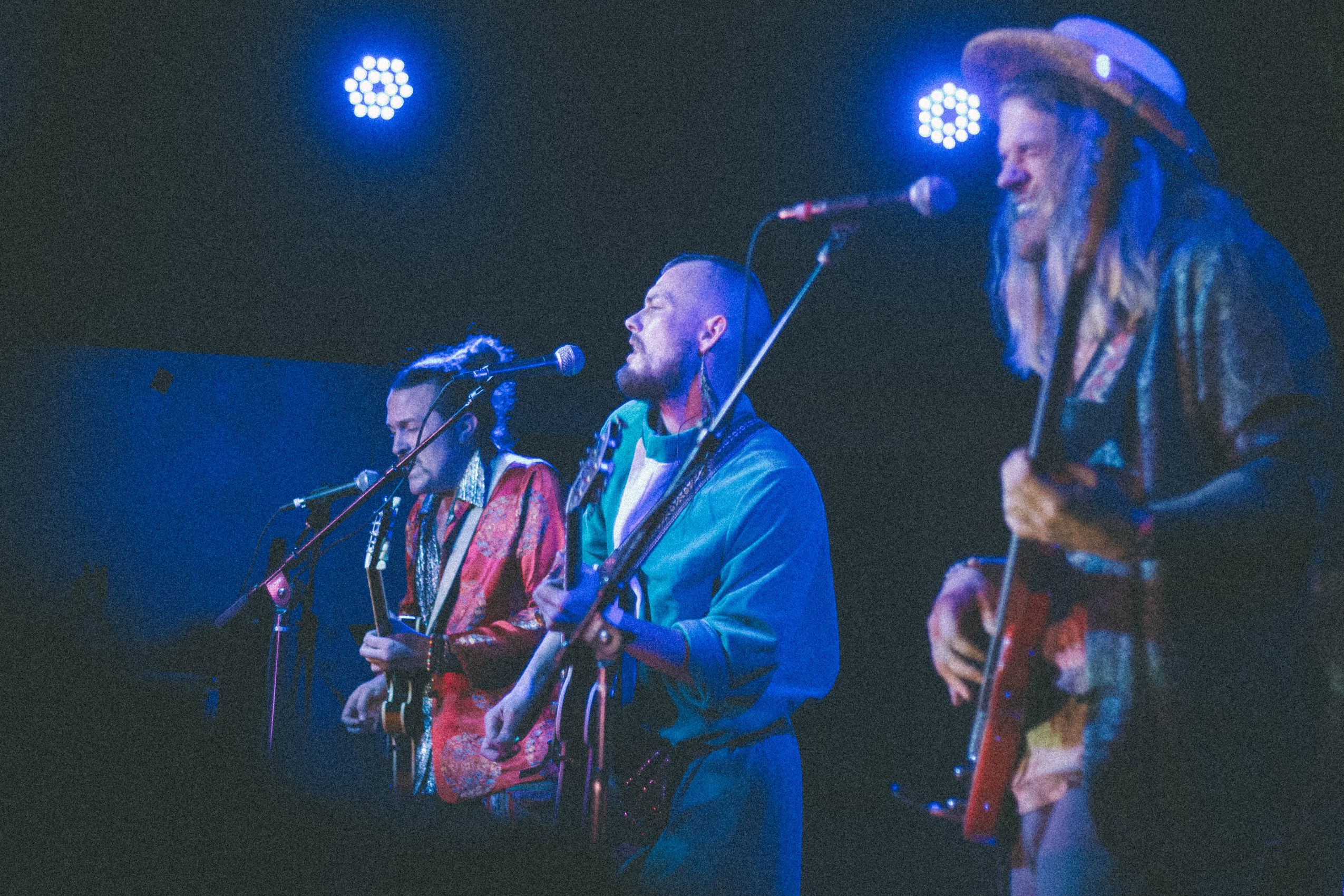 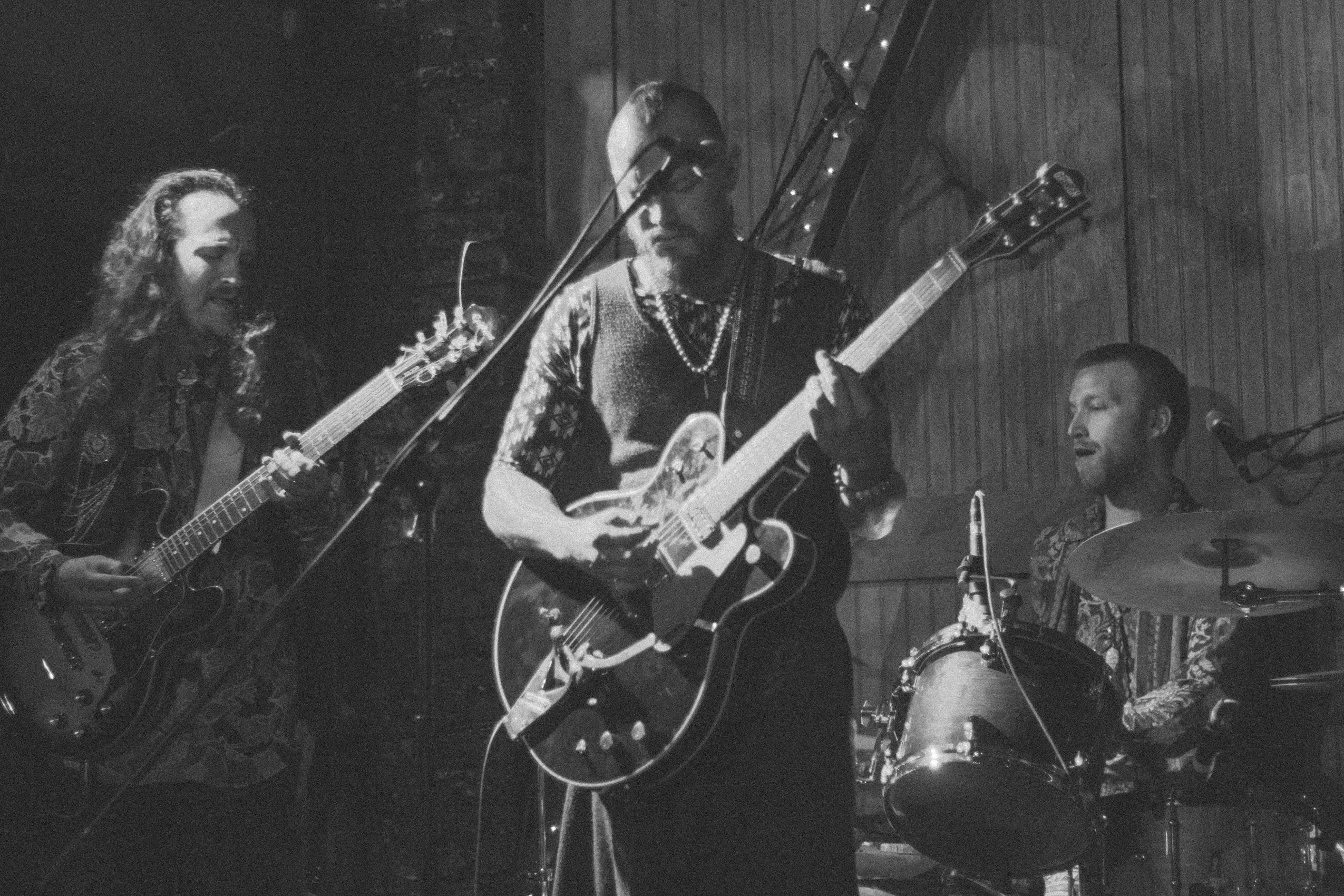 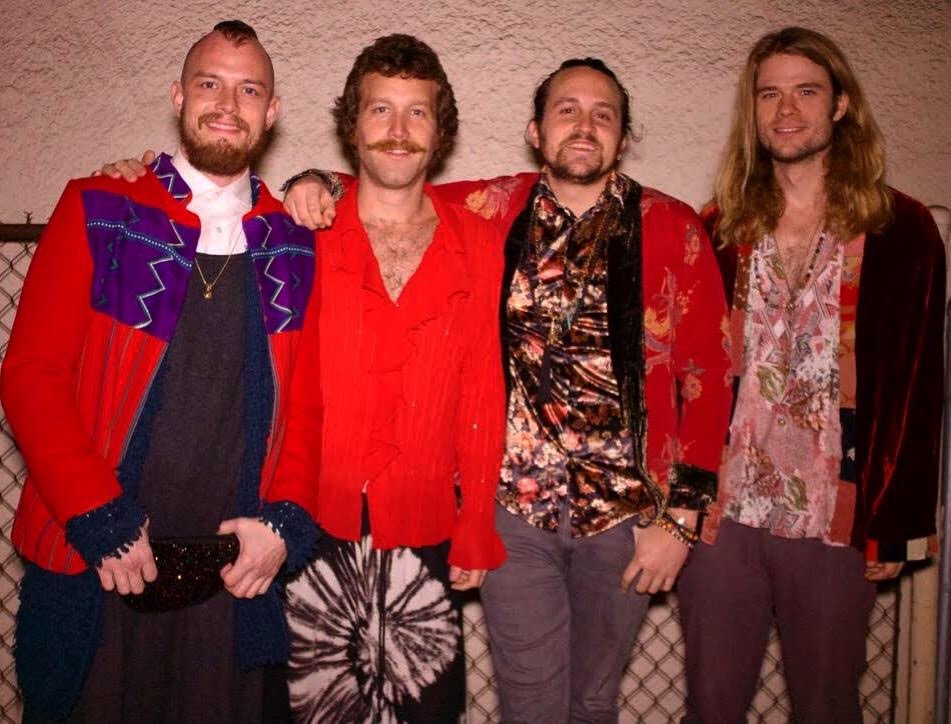