Today we’d like to introduce you to Jason Stuart.

You’ve seen Jason Stuart before, whether you recognize him from his roles on TV shows from “My Wife and Kids” to Judd Apatow’s “Love,” his decades of prominence as one of the first openly gay stand-up comedians (he came out on “Geraldo”), or from his masterful character work in dozens of feature films (including “Tangerine” and “The Birth of a Nation.”) He’s “that guy” – the one who can slip into any role, in any genre, and make his mark, with over 150 credits that are testament to his talent, professionalism, and persistence.

Now, Jason documents his long and curious career in his new memoir, Shut Up, I’m Talking: Coming Out in Hollywood and Making it to the Middle from CCB Publishing. It’s part of a whirlwind year for him, which also includes a weekly radio gig with Dash Radio (“Riffing with Jason Stuart”); roles in notable indie dramas such as “The Infiltrators” and the upcoming “Immortal” (with Samm Levine and Dylan Baker); comedy turns in his new web series “Smothered” (which he co-created with Match Hara) and the feature “DIVOS!” with Marisa Jaret Winokur and Nicole Sullivan; and the starring role in the dramatic short “Hank,” which won the Best LGBTQ Short at this year’s Los Angeles International Film Festival. Lastly, Jason play the voice of “The Dispatcher” in the science fiction thriller “The Fare” airing this fall.

Has it been a smooth road?
Born in the Bronx and raised in Los Angeles, Jason Stuart has been working professionally as an actor and comedian for thirty years, ultimately making a name for himself when a personal decision – to finally publically acknowledge his identity as a gay man – gave him some prominence in an era when many performers remained closeted. Nearly twenty-five years later, Jason admits that being gay is only a small part of his identity, and he has transcended any sort of label through his increasingly impressive range of dramatic work far removed from his success as a stand-up comedian. Acting alongside Armie Hammer and Jackie Earle Haley as one of the brutal plantation owners in Nate Parker’s searing drama “The Birth of a Nation” showed the world that Stuart’s talent is formidable.

We’d love to hear more about your work and what you are currently focused on. What else should we know?
After 35 years of steady work in film and television, and approaching 150 credits on his IMDB page, actor and comedian Jason Stuart has achieved a pinnacle of success many actors only dream of. “For the last few years, people have started to approach me and say ‘you’re that guy,’” he explains with his characteristic gravelly laugh. Indeed, with guest-starring and supporting credits in everything from Judd Apatow’s “Love” to “My Wife and Kids” to “Tangerine” and “The Birth of a Nation,” Stuart has now established himself as one of those all-too-familiar faces who might just pop up anywhere, in any kind of role.

It’s just the latest remarkable but true chapter in the career of Stuart, a longtime veteran of stand-up comedy, born in the Bronx and raised in the Fairfax district of Los Angeles. A self-described insecure Jewish kid who turned to theatre and performing to mask his emerging sexual identity – he jokes about going to see Barbra Streisand in “Funny Girl” as a youth and falling in love with Omar Sharif. His talent and determination got him some early professional work in films like “Kindergarten Cop,” “Vegas Vacation,” and TV shows like “Murder She Wrote” and “The Drew Carey Show.” But by the early-90s, frustrated by years of living in the closet, Stuart chose to come out publicly on an episode of Geraldo Rivera’s talk show focused on “Unconventional Comedians.”

That led to a wave of interest in Stuart as a “gay comedian,” giving his act new material and energy, and a purpose (his sexuality, as a Los Angeles Times article from 1995 states, is “a full-time job”). Today, Stuart marvels at how much has changed about the visibility of sexually diverse actors and celebrities, having experienced the transition from “closeted” to “gay” to “queer.” “That was such a negative word, “queer”. It was a word ‘they’ would call you and it still takes some getting used to, but I can see how things are changing. And of course, I’m not just gay or queer, it’s just a part of who I am: I’m also a Jew, a man of a certain age, a lover, a friend and a son. But it’s always a part of who I am,” says Stuart.

Let’s touch on your thoughts about our city – what do you like the most and least?
Love NYC was born there and have come back a lot to work. I love the theatre! Plays mostly. But they seem harder to find but I’m willing to look. It’s like a second home for me. But the water is just too cold for my Los Angles butt! 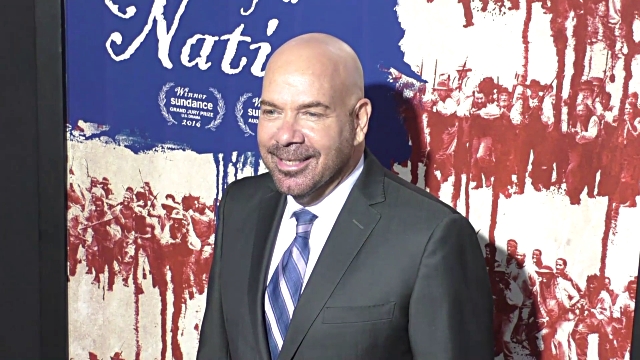