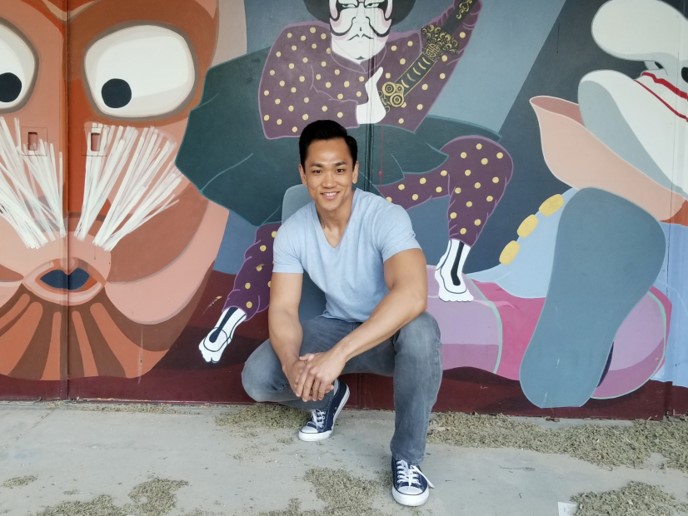 Today we’d like to introduce you to Daniel Joo.

Thanks for sharing your story with us Daniel. So, let’s start at the beginning and we can move on from there.
I saw my destiny of who I wanted to be and what I wanted to do when I was a child. My stepfather was an actor before becoming a Federal Agent for the US Government. He took me to operas, stage shows, and movies and I knew that I wanted to be an actor when I grew up. I’ve always had an affinity for performance, and I jumped at the chance to perform anytime I could.

I attended the University of California Santa Barbara and after graduating, through random chance, I had the privilege to tour with an illustrious 80’s band, Morris Day and The Time. For about five years, I traveled the world and performed alongside musical icons such as Boyz II Men, Slick Rick, and En Vogue.

However, I knew that my true passion was to act, particularly for film and television. So, I decided that it was best for me to seek formal training as an actor and applied to The American Academy of Dramatic Arts. With God’s grace, I was accepted to the Academy, where I received classical training from phenomenal teachers and made great relationships with my extremely talented peers.

I dove into full-time acting after my first year at the Academy. I had the honor of participating in stage plays with an awesome theatre company, The Loft. I’ve learned so much from them and I owe a large part of my success to these great men and women who are the purest definition of the word Professional. That same year, I signed with my agent, Jenny Stricklin, who I truly love from the bottom of my heart. She is extremely hard working, loyal, and a wonderful human being. That following year, I signed with my management team, Asian Cinema Entertainment, also known as ACE. ACE is managed by Scott Eriksson and Eric Pan, whom also, I am extremely grateful for. These two individuals are superheroes in disguise and I still wonder when these guys ever sleep because they literally work all day and night. I consider myself very lucky to have my agent and managers in my personal and professional life. And if you guys are reading this, thank you for everything that you do.

I also had the honor and privilege of being cast as a lead for the short film, Kommando 1944, directed by Derek Quick. Derek and I attended the Academy together and he approached me with this script that he wrote when he was in film school and asked me to be the lead. I read it and quickly fell in love with it and said yes. Derek realized that he needed a bigger budget to shoot this film, so he decided to drop out of film school and go back to the Coast Guard to raise the budget himself. He contacted me about two years later and told me we were ready to film. I believe Derek Quick is the next big Hollywood director. He is not only creative and talented, but he is extremely loyal. What I didn’t know was that one of the producers thought it was best to have another person besides myself play the lead and that they should have an open casting for this role. However, Derek was very adamant that I was to play the lead and fought for me. Since its premiere in September 2018 to now, Kommando 1944 has won over 142 overall awards (and still counting), and I was awarded 10 Best Actor awards (and still counting). So, it is safe to say that Derek’s investment in me has paid off. Kommando 1944 even broke the Guinness Book of World Records for the number of awards won for a short film. Derek, if you are reading this, thank you for believing and trusting me with your project. I truly owe you everything brother.

My journey as an actor is exciting. I truly can’t do this without the love and support from my incredible wife, Jenny Joo. I am also blessed to be a father to my wonderful and beautiful daughter, Jasmine Joo. My mom and grandmother who taught me that prayer plus hard work will always equal success. My Pops who introduced me to the world of acting and the importance of embracing and preserving the arts. My brother and sister Will and Christina, for their love and support. I thank God every day for making us, family.

There are so many people to thank. Adam Chambers for his guidance and insight on the importance of resilience and professionalism in this industry. Bree Pavey and Mitch Rosander, whom I consider brilliant theatre directors and helped me strengthen my skills as an actor. Ani Avetyan and Craig Campobasso for their friendship and continual insight on how to further my career. Josh Han, Josiah Yu, and Minho Kim for being my brothers in this industry and for their love and support. To John Quam and Mike Edwards, amazing football coaches, who taught me that life is about choices and to always give my best in everything that I do. To Carolina Barcos who taught me that if my performance is not about life or death then to get off her f@c$ing stage! True words of wisdom. Finally, a big thank you to my brother in heaven, Anish Dhingra, who told me to pursue my dreams as an actor during my senior year of college. I love you brother. I truly apologize that I couldn’t name everyone here, but you know who you are, and I thank you, I love you, and I am grateful for you. Ok, maybe just a few: Frankie and Maria Zapata, Matt Brahe, Jasmine Young, Karen Spicer, Reg Dhingra, Navneet Kaur, Esron Gates, Kris McLucas, Anand Gupta, Kao Miyamoto, Christine Holmes, and Richard Ratcliff. Love you guys!

We’re always bombarded by how great it is to pursue your passion, etc – but we’ve spoken with enough people to know that it’s not always easy. Overall, would you say things have been easy for you?
As with all roads, especially in LA, mine had bumps, potholes, and detours. It’s crazy to think that my acting career was almost over before it began. I knew in my heart that God has called me to be an actor, but I never pursued it wholeheartedly. There was a point in my life where I was doing everything except acting. I was in graduate school to become an educational counselor, coached high school football, and worked at a private school. I enjoyed what I did, but I was not fulfilled. About two months after being married to my wife, I was hospitalized for about three days. I lost strength and motor function on the right side of my body. I couldn’t hold a spoon, drink water, or even smile. I remember lying in the hospital bed and prayed to God that if He gave me full function of my body that I would pursue what He put in my heart. Once I made that decision, great things happened. I dropped out of grad school, got fired from my job, my coaches were very supportive with my part-time contribution in football and got accepted to The American Academy of Dramatic Arts. Although the road wasn’t smooth, I am extremely grateful for these events because it shaped who I am today.

I wouldn’t say that have I struggles, but I am continually faced with one challenge. That is to make a choice in being and doing my best every single day. I’m not perfect, but I am very consistent in making this choice. I truly believe that to attain success in life, I must do the little things right. And those little things stem from making the choice to accept and be responsible for the greatness and uniqueness that God has given me. By doing this, I’ve seen and experienced miracles in my personal and professional life.

We’d love to hear more about your work and what you are currently focused on. What else should we know?
As an actor, I am the CEO of my career. Therefore, it is up to me that my product and service exceeds the expectations of my clients. I don’t try to be perfect, but I make every effort to be professional, positive, and patient. I take pride that every person I’ve worked with describes me with one or all these traits. My goal as an actor isn’t to be different from other actors, but to figure out how I can best serve in a project I’ve been entrusted with. That is why I love being cast as a lead because the project is literally put on my shoulders. For me, being a lead isn’t a role, but a responsibility to truly serve everyone involved in the project.

What were you like growing up?
One thing that surprises a lot of people is that I am an introvert. Whenever I am in a group, I do talk, joke, and have a great time. However, I love and prefer my alone time. I love to read! I spend a lot of my time reading. My current reading list includes: A Course in Miracles by Helen Schucman and William Thetford, The Tibetan Book of Living and Dying by Sogyal Rinpoche, Living the Wisdom of the Tao by Dr. Wayne W. Dyer, The Way of the Superior Man by David Deida, Into Me See: A Book for Daily Inspiration by Karen S. Wylie, and The Holy Bible. I recommend reading one or all of them… it will change your life!

Growing up, I’ve learned to be an active observer and participant of life. I am easy going, fun, and relatable, but I do set firm boundaries. Those boundaries consist of making and cultivating meaningful relationships in my life. I believe that my odds of being successful will be determined by who I choose to surround myself with. If I surround myself with people who are jealous, selfish, and lazy, that is ultimately who I am going to be. Therefore, I set an intention to have relationships with people who are loving, giving, and goal oriented. I truly value genuine people as well as having no trouble disconnecting from those who choose to live life without integrity and purpose.

The lesson? People can elevate or hinder a person’s success! I am who I surround myself with! 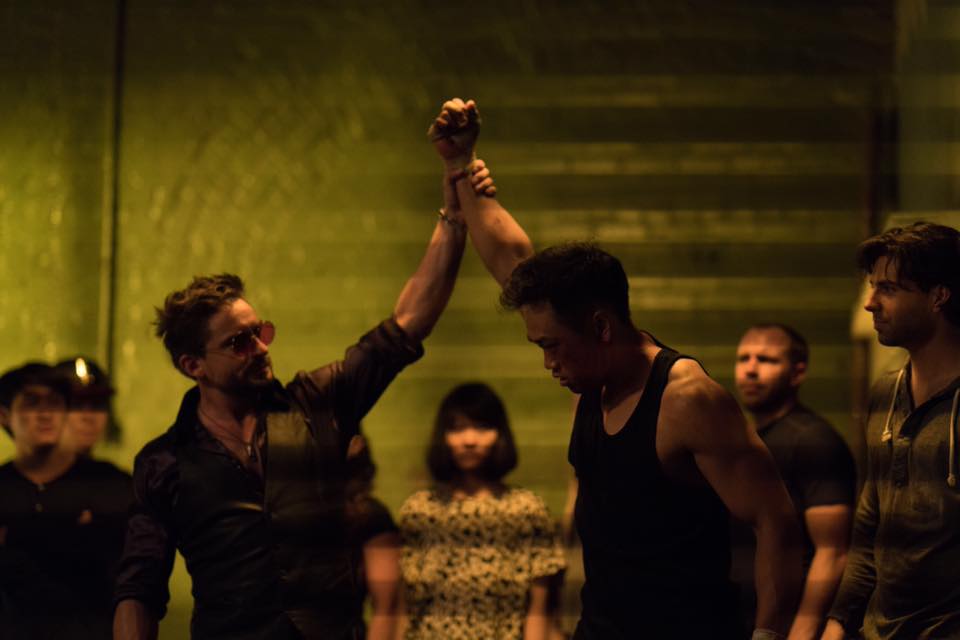 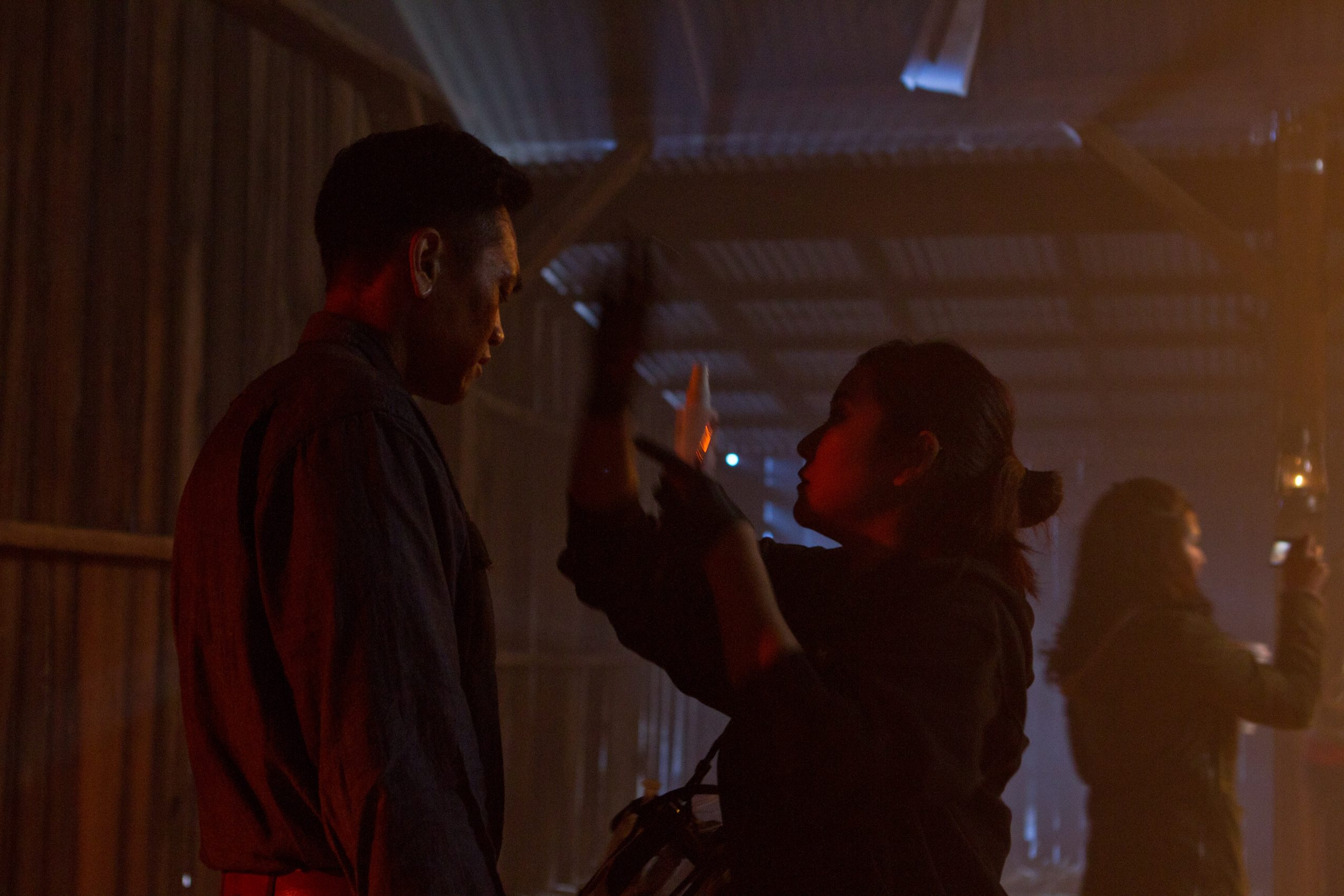 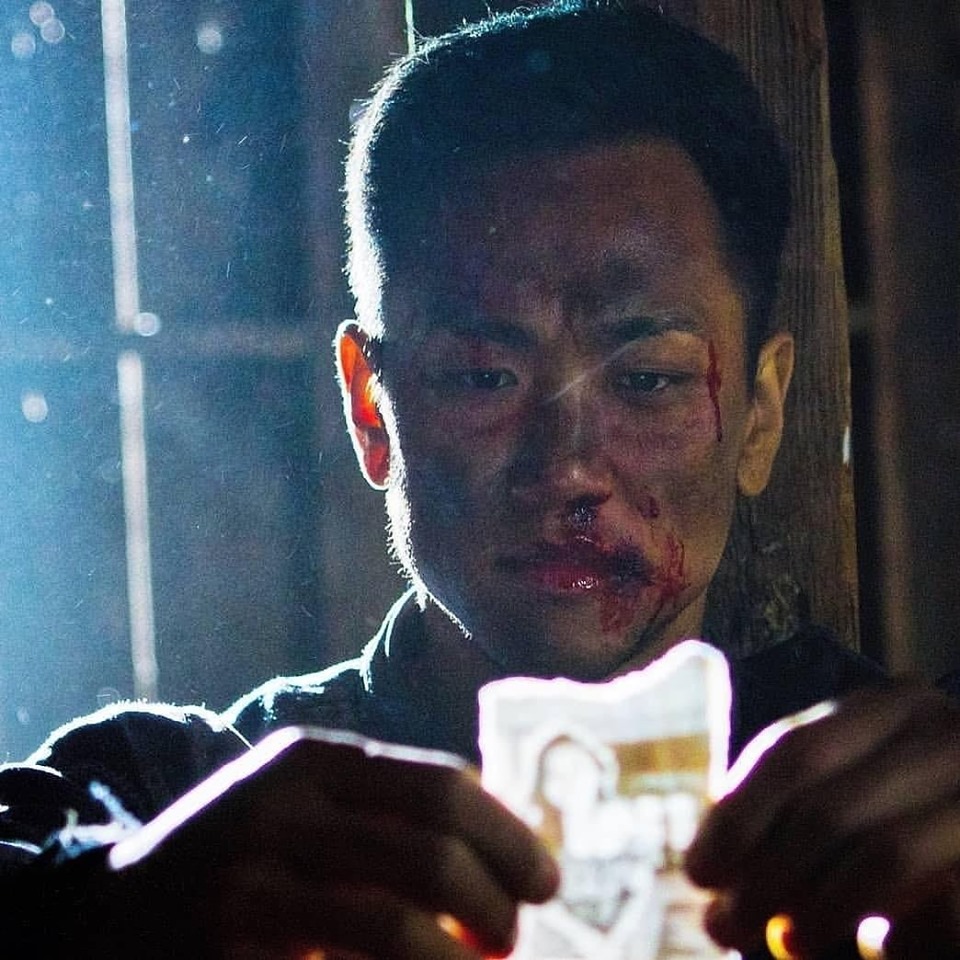 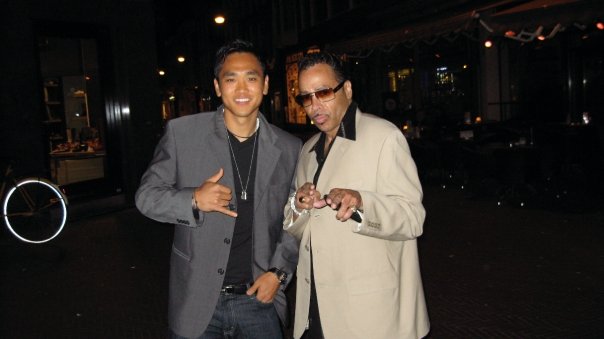 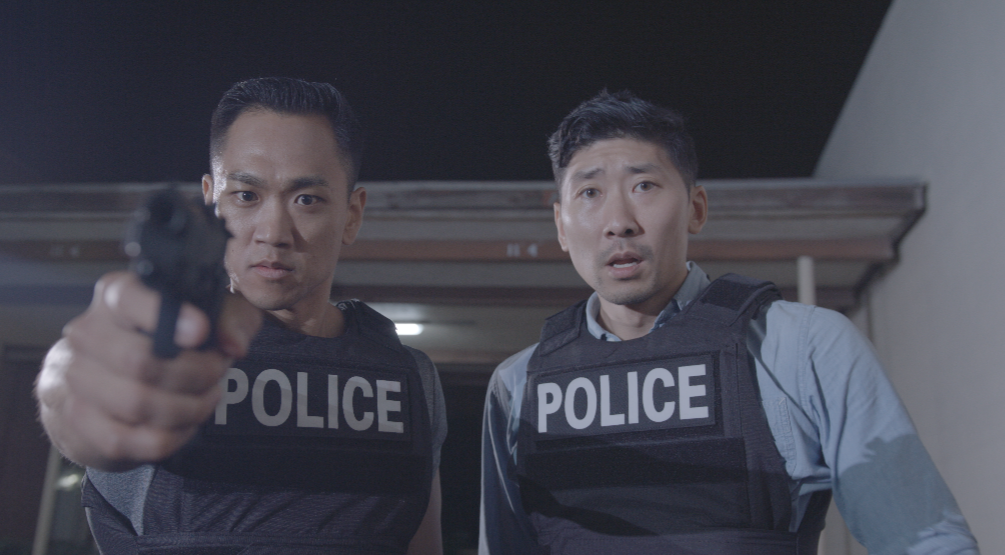 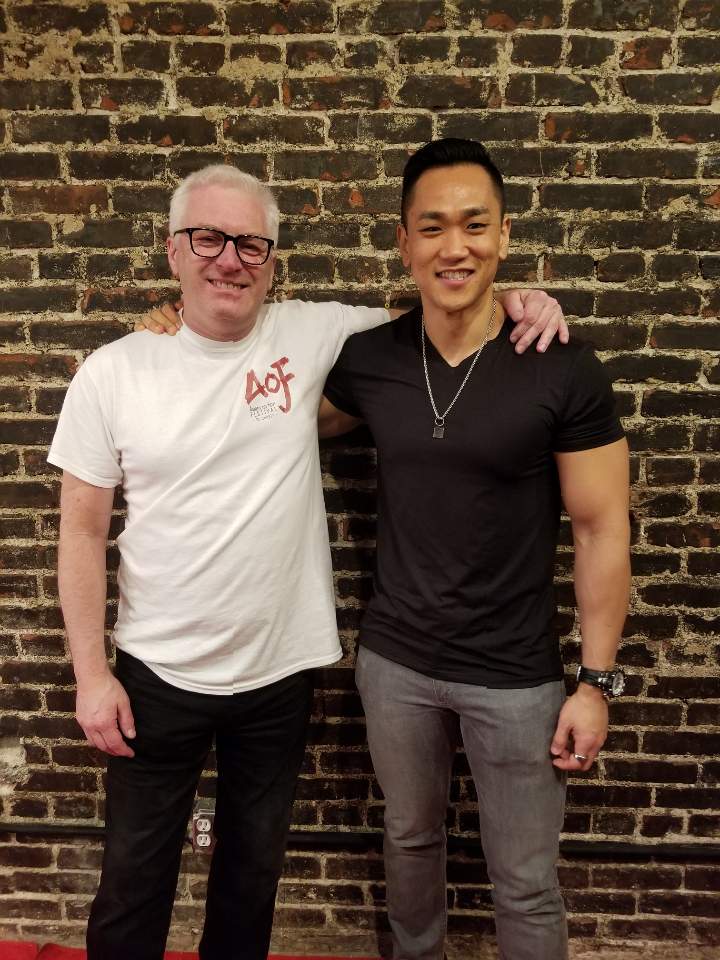 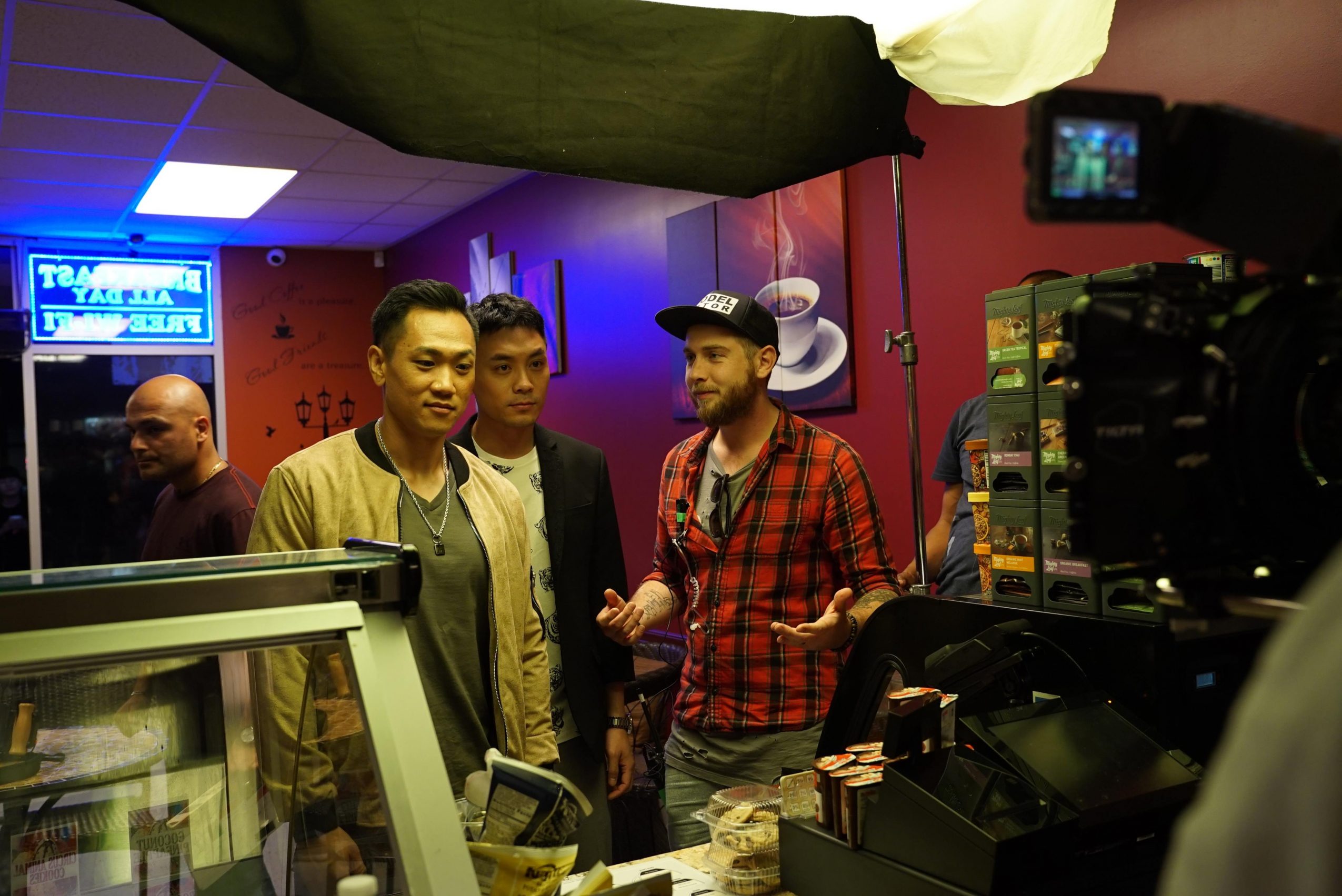