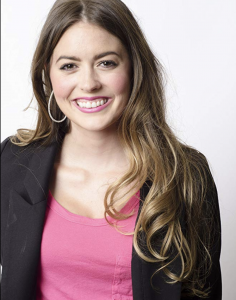 Today we’d like to introduce you to Suzee Dunn.

Suzee Dunn grew up in a small town in Michigan and started dancing at age two. As she grew, Dunn started doing sketches and performing at summer camps. She was the kind of kid who would take the family video camera and make movies with the next door neighbor. Dunn began performing at school and in local productions by age twelve, eventually joining show choir in high school and doing every musical or play she could audition herself into.

She started producing performances in high school including starting an improv group with teachers and students alike and helping produce (with Ashlyn Shawver) a show called ’65 Roses’ that was a student-run benefit show for Cystic Fibrosis. Dunn then moved to New York City where took acting lessons, voice lessons, and improv for over five years. She interned and worked in theaters and on productions behind and in front of the scenes, learning how to audition and have stage presence.

Dunn closed her time in New York City out with a self-produced cabaret with Justine D’Amour. Discovering she wanted to make her way into the world of television and creating television she moved to Los Angeles. The more Dunn became involved in these worlds, the more she realized the lack of representation for people of color, women, and the trans community. The more she worked, the more she met diverse people and realized she wanted to create a space to highlight people who already reflect the diverse country America is. So she started The Act Like a Girl Blog. Later the blog developed into a podcast and then into a live monthly comedy show.

Every month’s show is a variety show featuring a diverse group of people who are already doing badass things and making kick-ass art! Dunn is a writer, Assistant Director, and Producer. Dunn is a comedy writer with an obsession for Super Heroes, wrongful conviction cases, Astrology, and dark stories. Working on sets as a PA, AD, and Producer as often as she can. Making stuff is Dunn’s favorite thing to do. Her next project is another monthly comedy show premiering at The Virgil this month called ‘The Astrology Show’ Thursday, April 4th at 8 pm. Things to note: 1. She wears a size 6.5 shoe. 2. She has the worlds cutest (very well trained) dog. 3. She can burp on command.

Great, so let’s dig a little deeper into the story – has it been an easy path overall and if not, what were the challenges you’ve had to overcome?
I definitely experience a lot of privileges and will never claim I don’t but hell yes this has been hard. You have to need this. There has to be nothing else. You have to know that you are on your track, focus on it, and trust it. Men have tried to shut me out, people have made blind accusations about me, people have tried not to pay me properly, the list could go on. But you go to bed, and you wake up the next day. You learn how to better deal with things, how to DO better, and how to BE better.

Please tell us about Act Like a Girl TV.
I have always been an activist from a young age. Sometimes standing for problematic things and growing and doing better with action I have made over time. Example, I was in DARE in elementary school, and now I know how problematic programming like that is.

I have been attending protests and rallies since childhood and always intend to use my privileges to fight when I can and lift others up when I can. Act Like a Girl started upon my realization that people really thought women, the queer community, differently abled people, and people of color from all communities of people couldn’t do certain jobs, live certain ways, or love certain ways. I just knew that was wrong. I had so much experience seeing that it just wasn’t the case.

So knowing I wanted to make art it became clear to me, I wanted to do that with people who society has systemically pushed down since the beginning of humans. Act like a girl is a blog, podcast, and live comedy show that features a diverse group of amazing humans as often as we can. Every fourth Friday of the month The Act Like a Girl Show goes up at The Ruby LA 7518 Sunset Blvd. at the fourth Friday of the month at 9:30 pm I enjoy how much we rotate everything, each month is a different co-host, musical guest, stand up, and interviewee guest.

We try to bring as much stage time to people as we can. It makes me proud to be a part of this hilarious, brilliant, fun community. We put on great shows, and we don’t have people on who punch down. It’s really very simple.

What quality or characteristic do you feel is most important to your success?
I will never stop. I drink a lot of water, I surround myself with people who see me and love me. I take care of myself, and I take care of the people I work with and love. I expect to be paid properly and treated like a human, and I think that has served me in the long run. 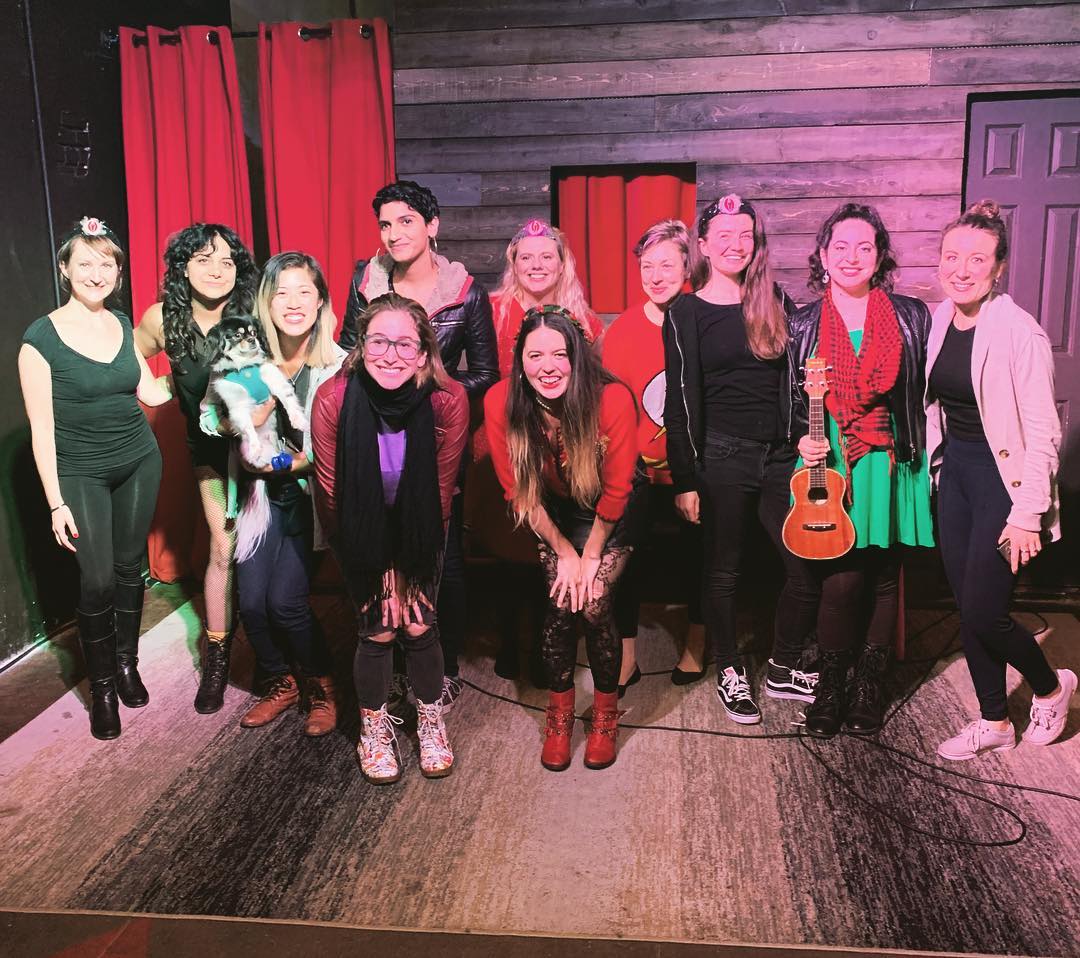 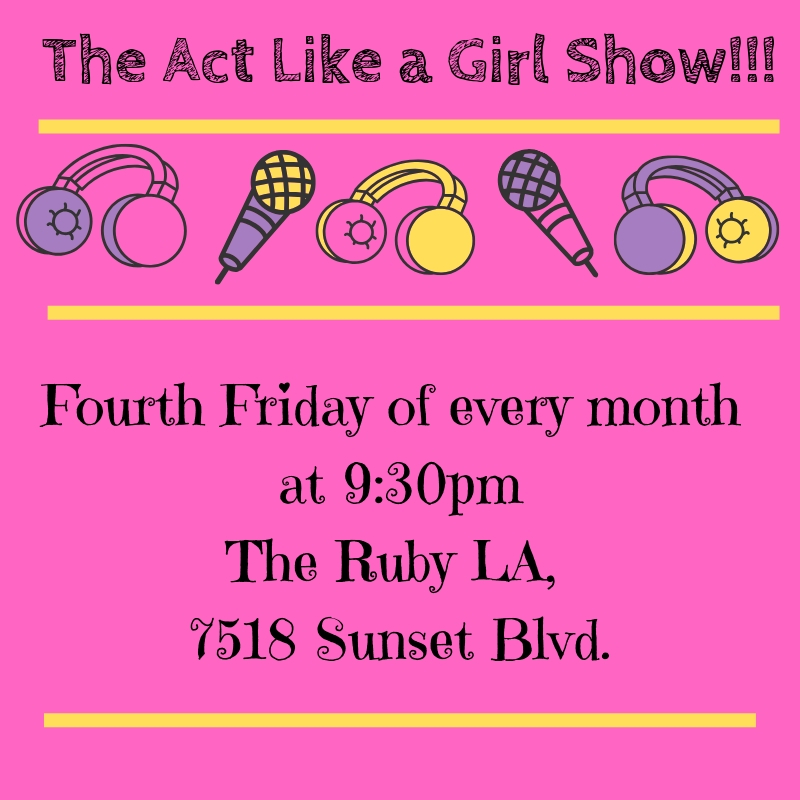 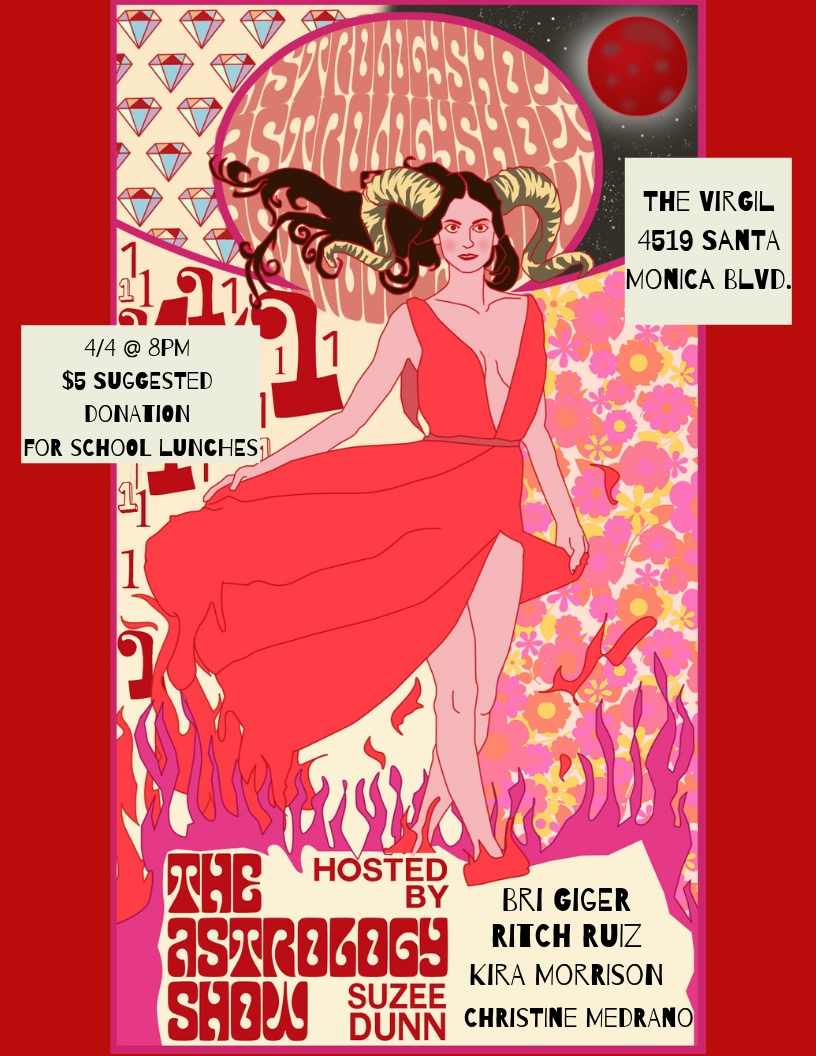 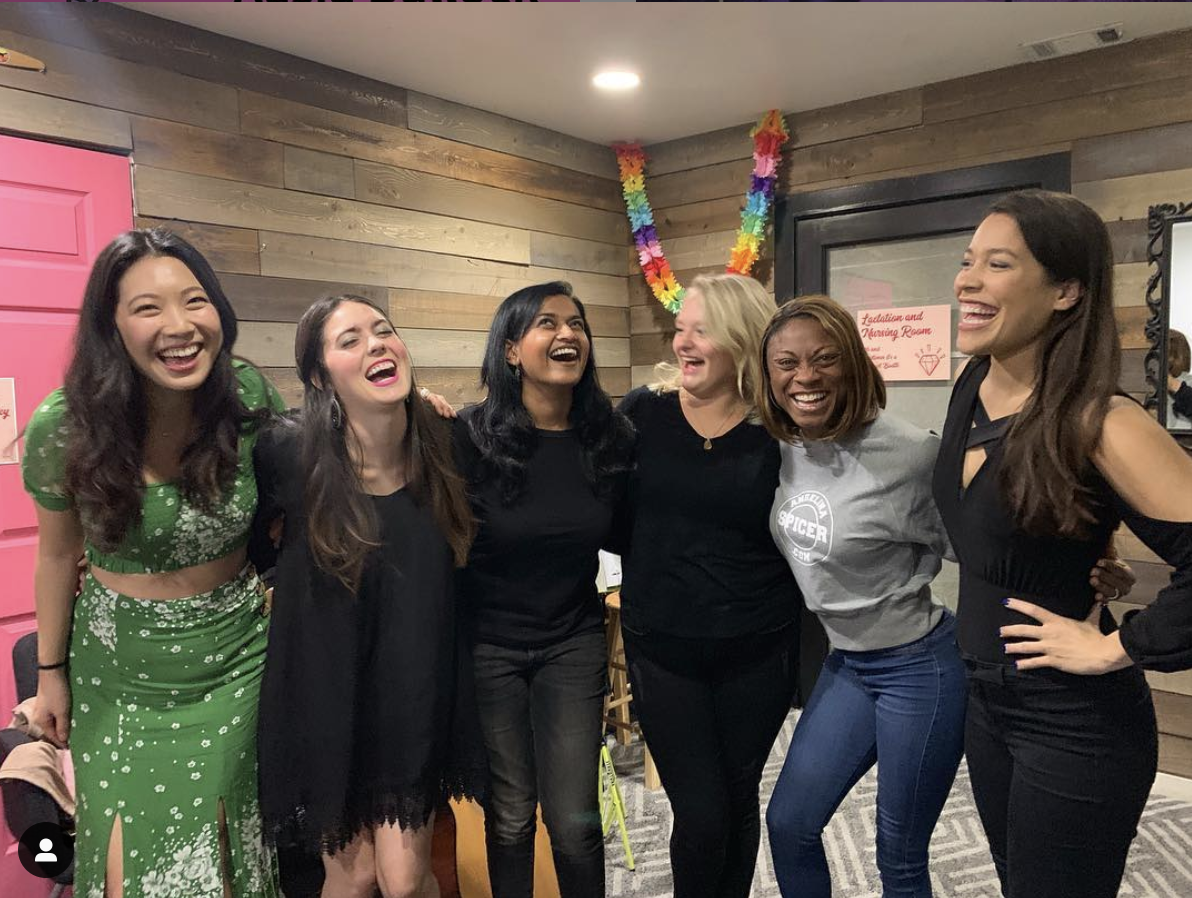 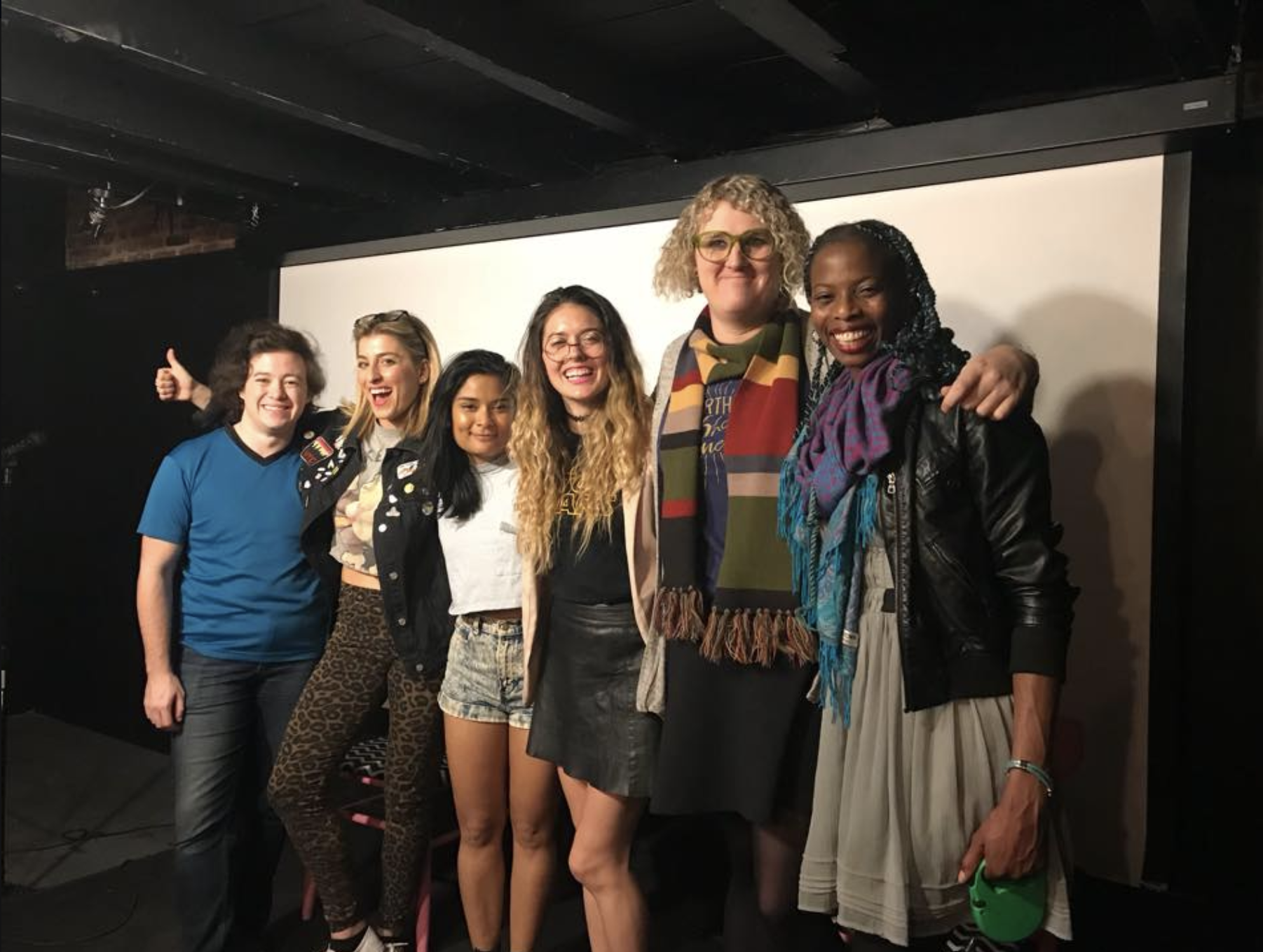 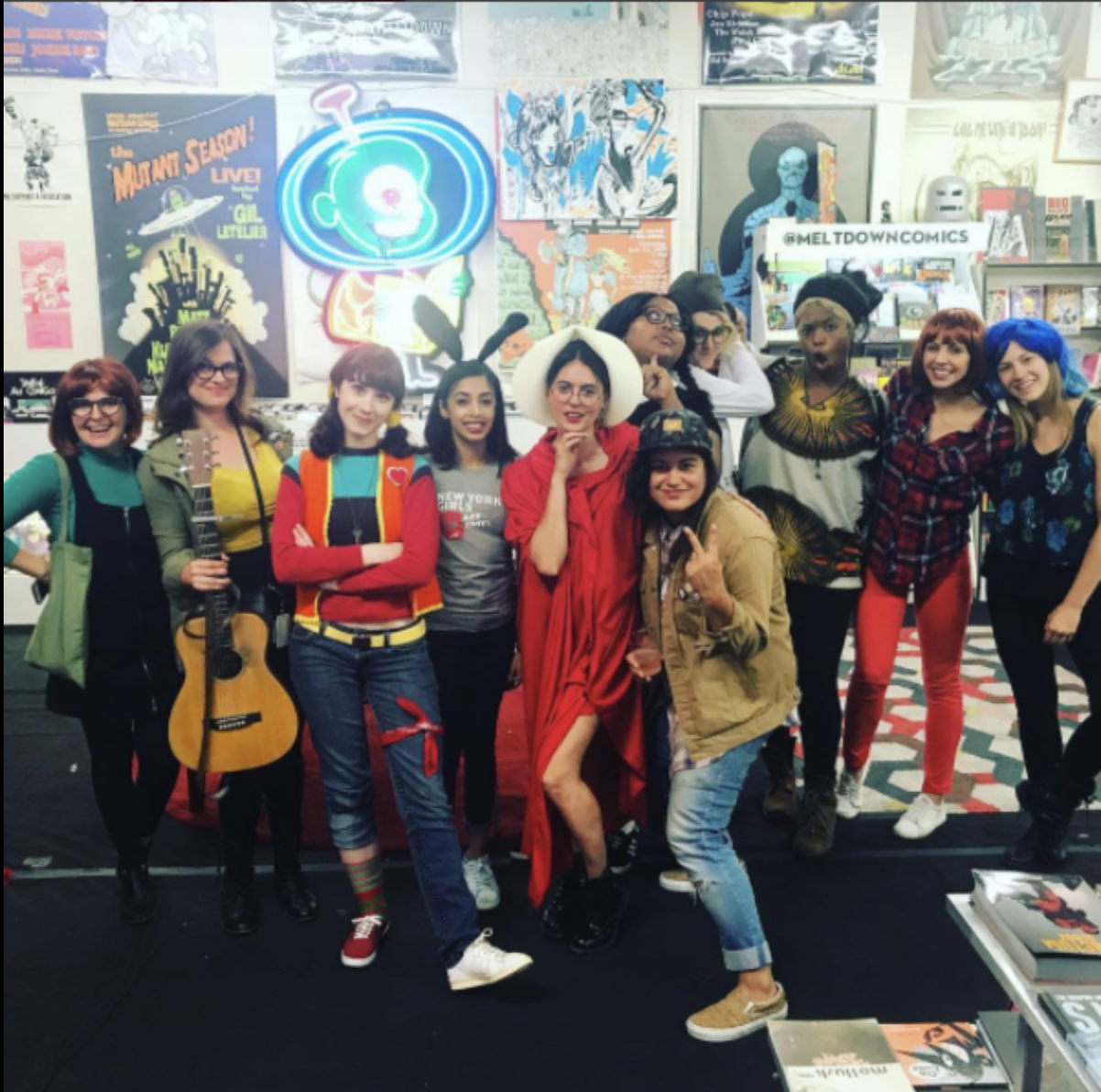 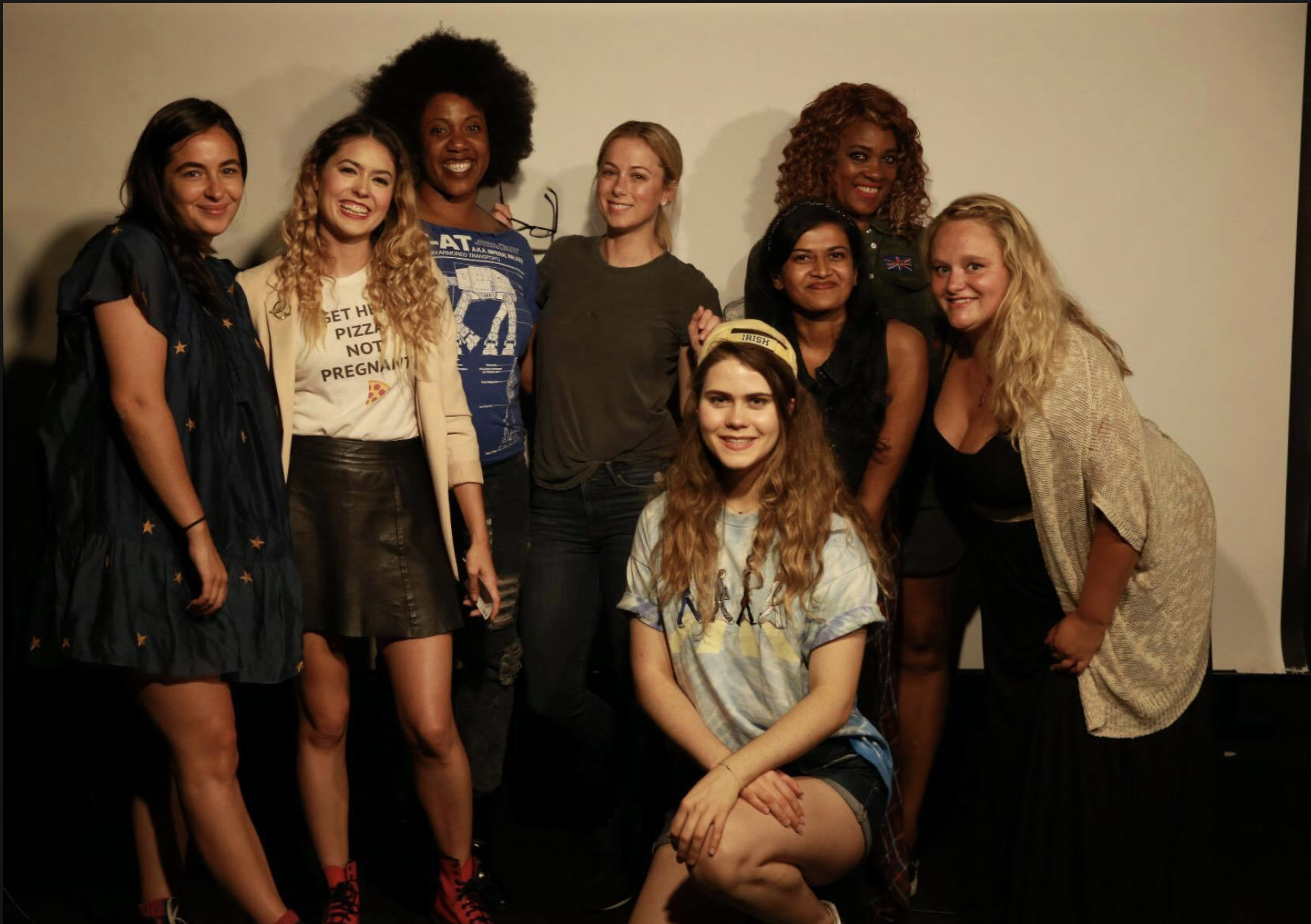 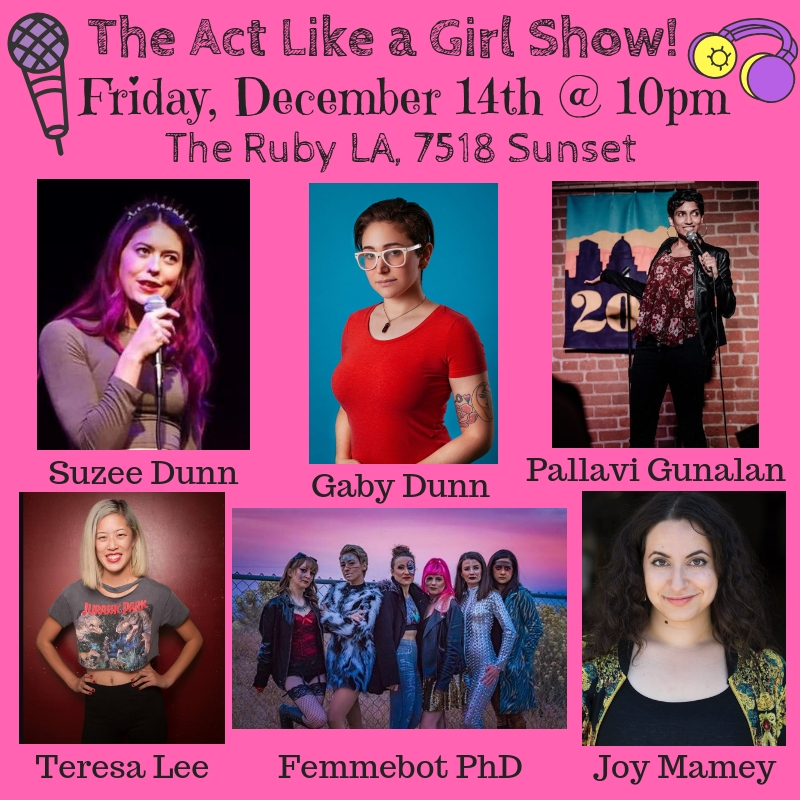