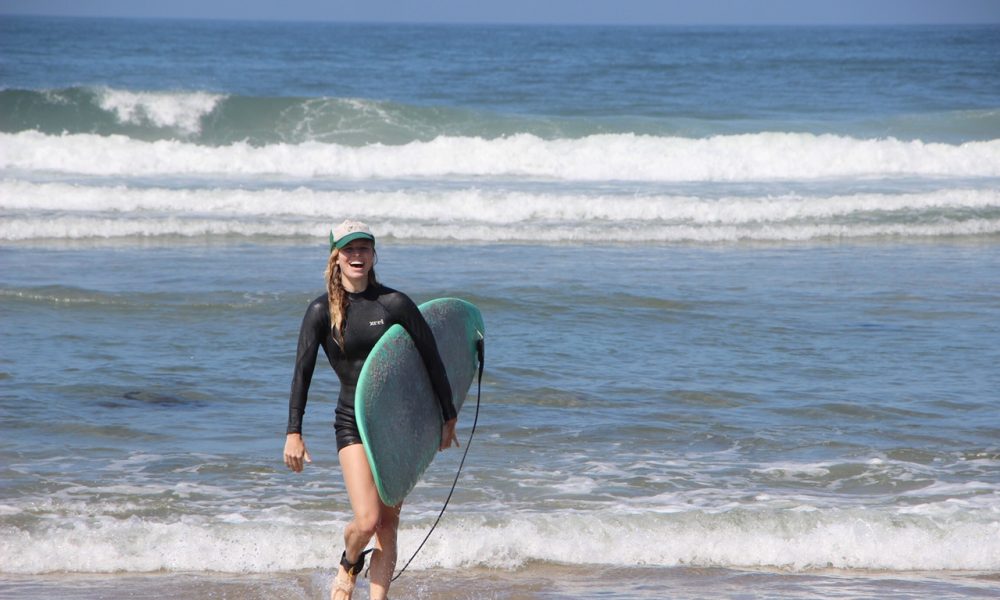 Today we’d like to introduce you to Abigail Brosh.

Thanks for sharing your story with us Abigail. So, let’s start at the beginning and we can move on from there.
I graduated from New York University’s Tisch School of the Arts and was employed as a production manager and editor at Stonestreet Studios within NYU, where I was involved in several student productions. I asked former teachers, now colleagues, to help to create my first short film “Supporting Paranormal.” I later wrote a pilot based on this story which was selected as a semifinalist for the SeriesFest “Storyteller’s Initiative” in Denver. Upon moving to Los Angeles, I continued creating content with my collaborator Kathrien Ahn. Together we wrote and produced multiple shorts, including “Sci-Fi Chicks,” “Kung Fu Bitches” and “Blonde Audition.” I directed the latter two, and “Sci-Fi Chicks” was entered into official selection at the Austin Comedy Short Film Festival, where it won Best Original Music.

I recently completed the webseries “Dru’s Podcast for the End of the World,” which I wrote, directed, and starred in. It was produced by Talking Back Pictures, a company created by two women committed to employing female filmmakers. The production ended up with an entirely female crew and creative team. I consider myself incredibly lucky to have had this unique and fulfilling experience with such brilliant and generous collaborators. “Dru’s Podcast” was entered into ITVFest and the LA Lift-Off Online Film Festival where it was voted a semifinalist.

It was through a connection of one of the producers at Talking Back Pictures that I was hired as an editor for the production company Chap.Three to work on their webseries “City Kities” which spans 52 episodes across five female directors, with scripts written by and starring women. The crew and post-production team is also entirely female. The series premiered in 2019, and new episodes are being released every Thursday.

I also co-host a podcast with Stacy Shirk called “Based on a True Fiction.” Every episode we dive into a movie based on historical events and explore the accuracies and inaccuracies of the film. We examine how each of these benefits or detracts from the story.

Has it been a smooth road?
When working as a creator in the indie film/tv industry, one of the greatest challenges I’ve come across (especially as someone very new to the scene) is fundraising and working with a small budget. Specifically for passion projects, a lot of times you find yourself dipping into your own pocket in order to pay for crafty for the cast and crew or to submit your project to festivals. One of the ways I’ve managed to combat this challenge is by learning as many aspects of the industry as possible. I got into film editing early because I knew it was a valuable skill that would allow me to edit the projects that I didn’t have the most expansive budget for, cutting down on post-production costs. Over the course of my education at NYU and during my practical experience in the real world, I’ve learned how to build props, construct costumes, design special effects makeup, and many other skills which have come in handy with ultra low budget projects. I’ve also been fortunate enough to have accumulated a network of friends and colleagues who have gone to the moon and back for me in helping me create, volunteering their time, effort, and expertise to put my work on screen. This is especially true of the female filmmakers I’ve met. We understand the unique challenges of being women in this industry and are incredibly passionate about helping each other overcome them.

Let’s touch on your thoughts about our city – what do you like the most and least?
Honestly, as a very country girl who went to school in the middle of Manhattan, I love the balance between nature and metropolis that LA provides. I grew up in the middle of nowhere Washington State, surrounded by woods and farmland. When I moved to New York, a place I still fondly remember and adore, there was profound culture shock for me. I found New York to be both delightfully stimulating and utterly exhausting. I miss it, but I don’t miss the breakneck pace. Here I can actually escape when I need to, whether it’s paddling out early in the morning in Malibu or falling asleep under the stars camping in the Los Angeles National Forest. And when I’m feeling antsy and want city-related adventure, LA provides that too. The pace of the entertainment industry is definitely fast, but that’s the pace I both want and need to stay creative and invested in my art.

What I like less about LA are the stereotypical classics: the traffic, the smog, the occasional flakiness you come up against (both in others and in yourself). But I find these inconveniences to be just that, inconvenient. Not prohibitive, not deal breakers, just from-time-to-time annoyances vastly outweighed by the benefits of living here. 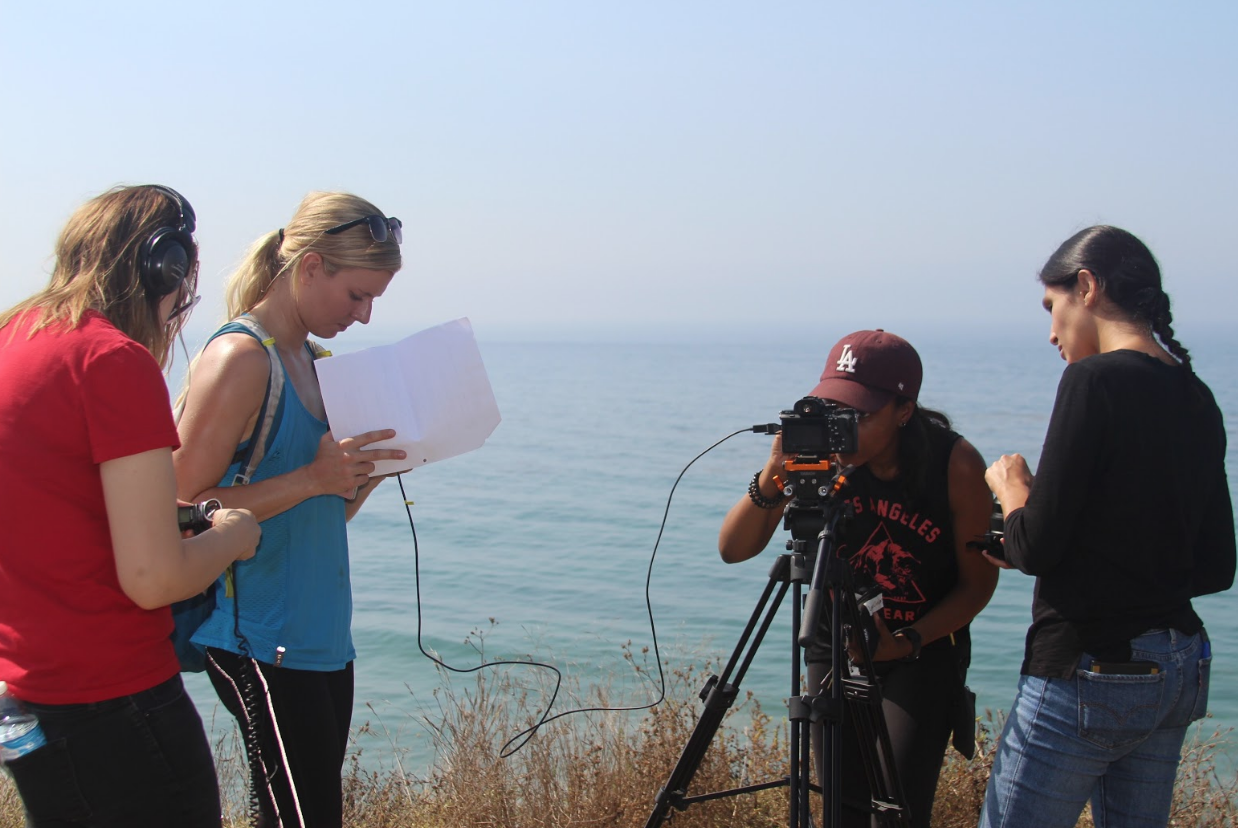 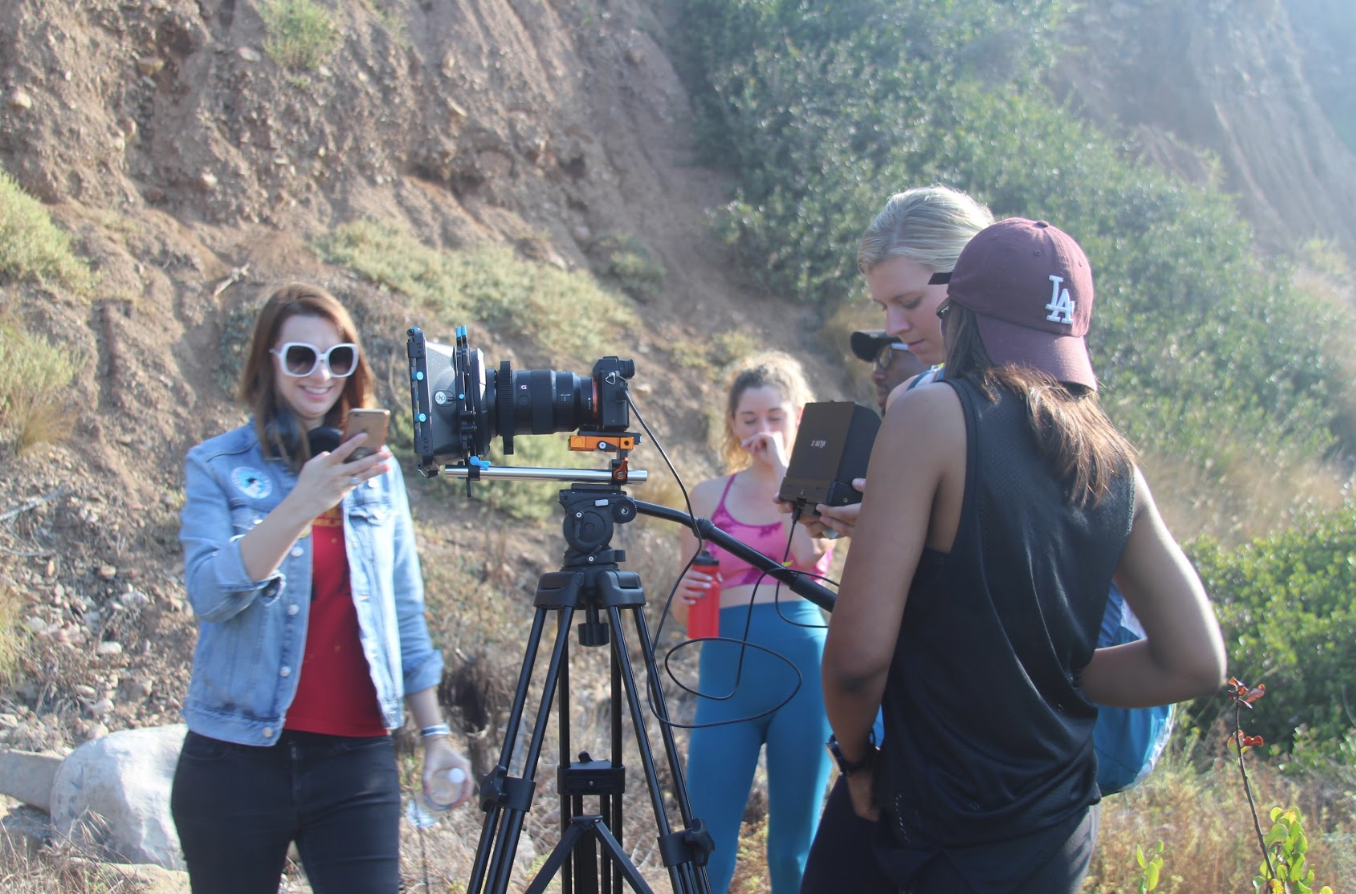 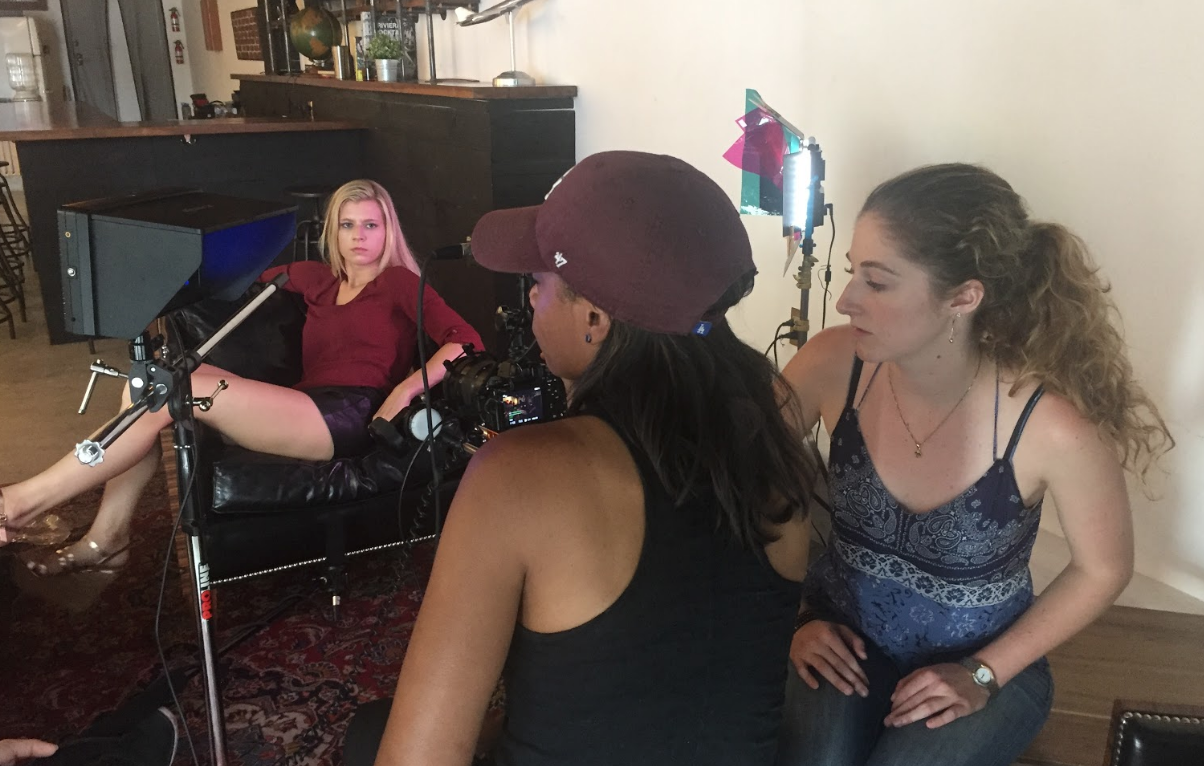 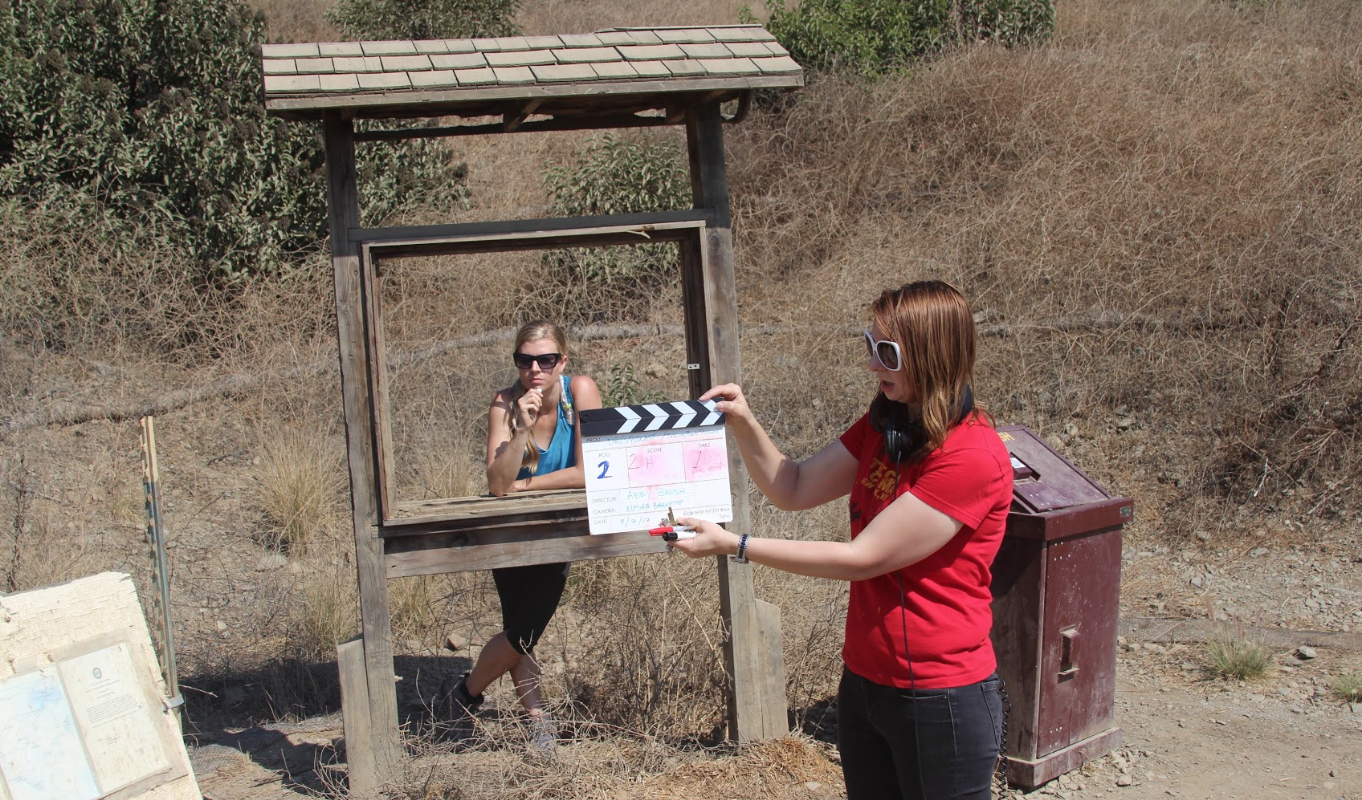 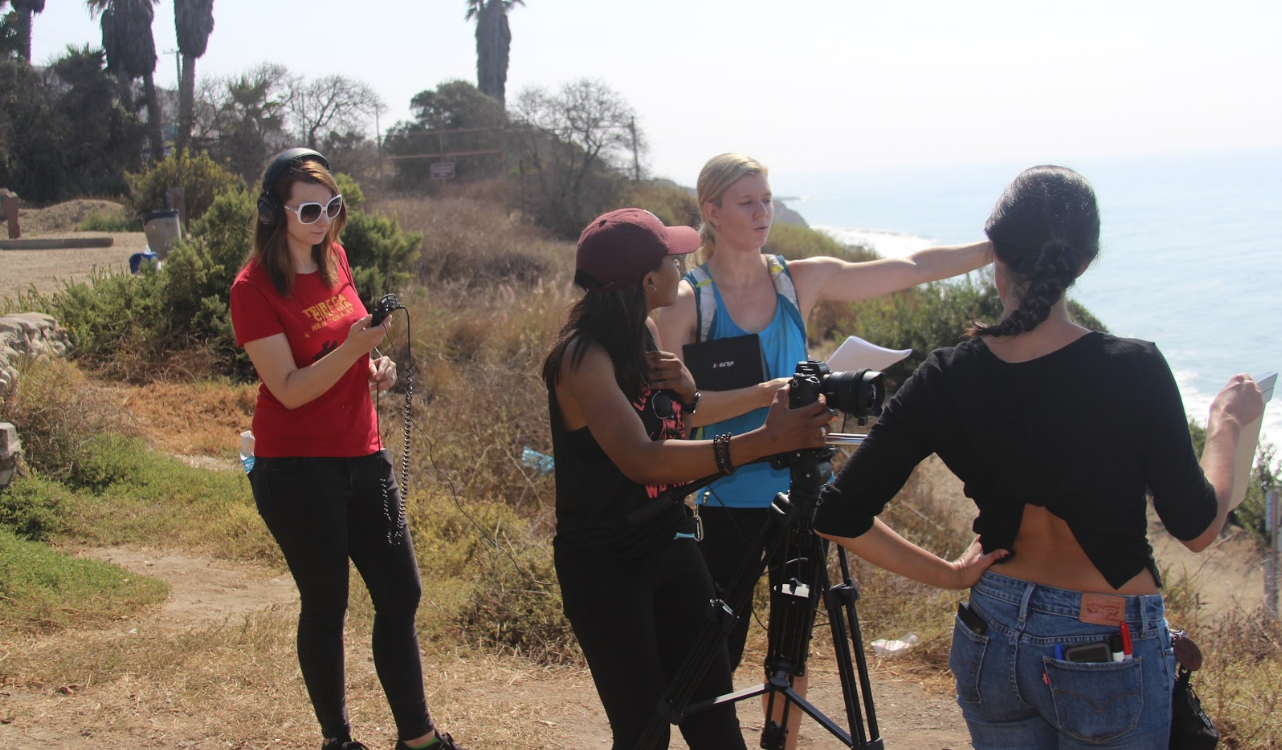 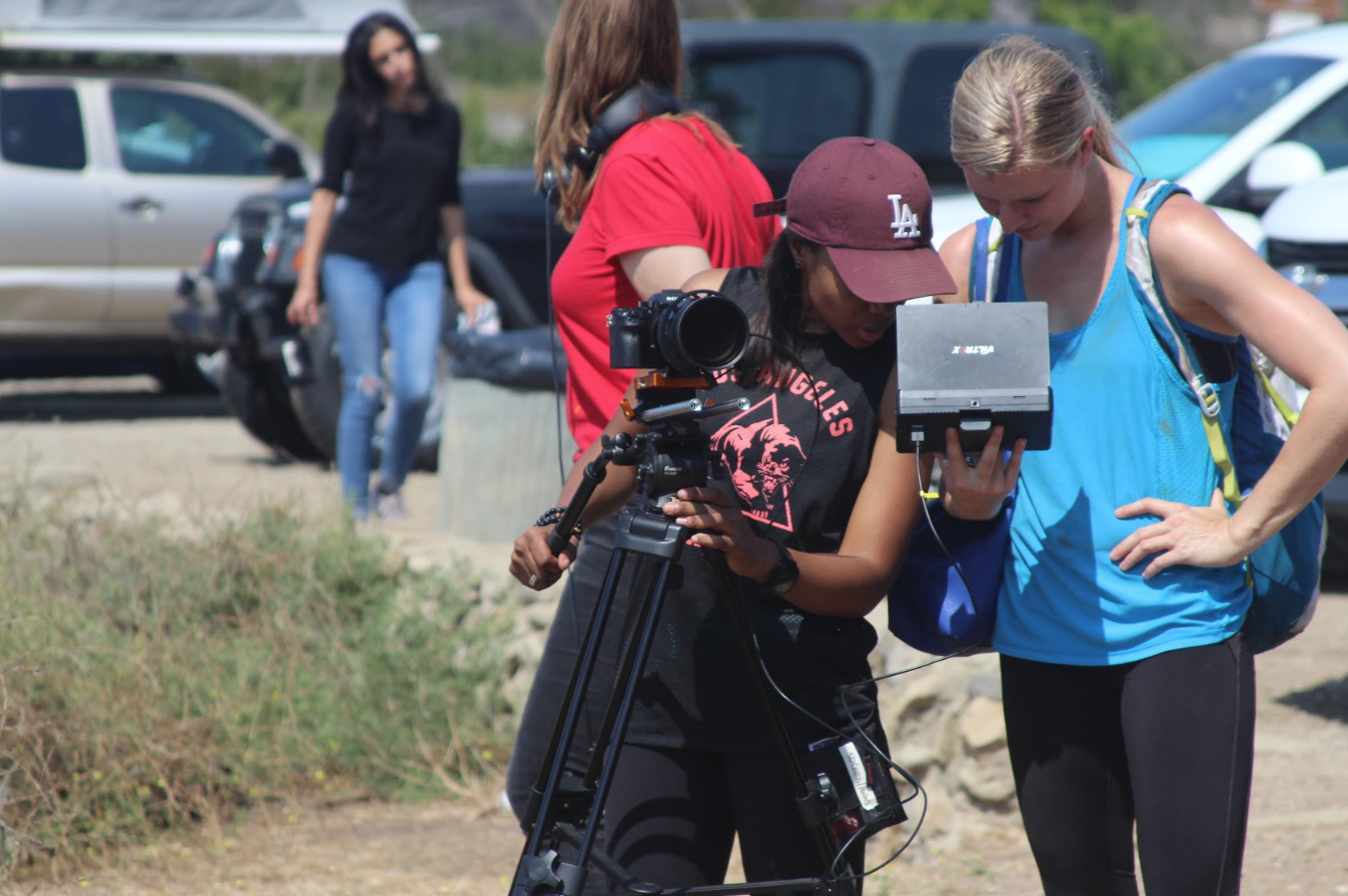