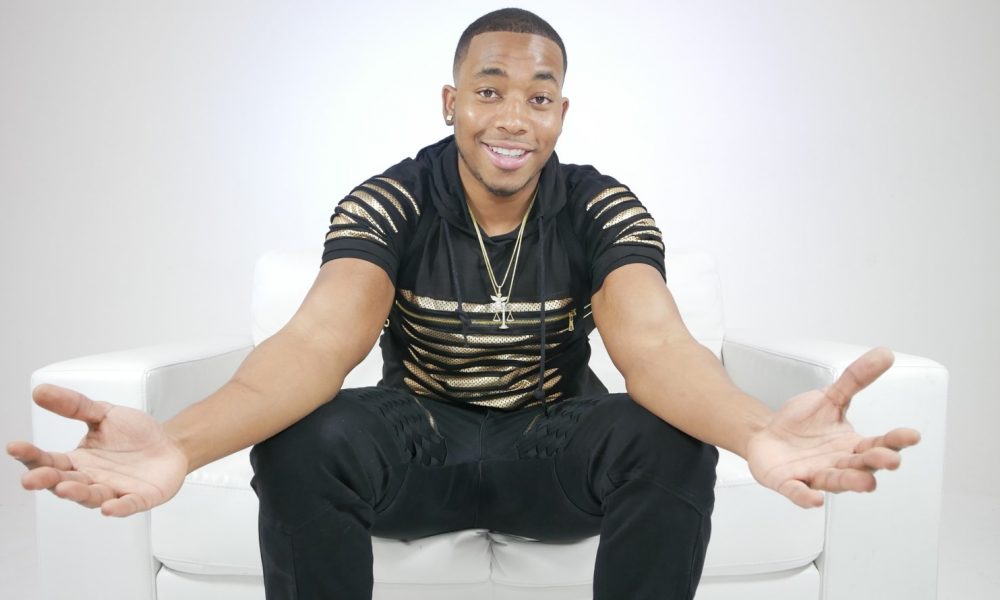 Thanks for sharing your story with us 6. So, let’s start at the beginning and we can move on from there.
It started for me honestly back when I was in the 6th grade. I tried out for the percussion in my 6th grade band and was denied at first. The band instructor gave me a rhythm to do and if I could do it I’d make the percussion. Unfortunately, for me I failed. So, my band instructor offered me different instruments that might “better suit me’. I gave those others a shot, but they just didn’t sit well with me. So, I asked my instructor for another chance at percussion. He said he wasn’t able to do that since I already failed, but for me he’d make an exception. This time he gave me a different pattern for the test but I aced it! After I succeeded, he gave me the first pattern that I failed over again but, this time I aced I it as well! After, that he gave me my percussion bag, my practice pad, and my drum sticks. I was officially a Percussionist in my 6th grade band!

I stayed in band from 6th-9th grade. Where I went from honors band both 7th and 8th grade to making the drum line in 9th grade. I had to stop after 9th grade because I played football as well. Obviously, I wouldn’t have been able to continue to do both football and band so I went with the option I felt would give me the best shot at getting a full ride scholarship to a university. Luckily, for me God blessed me with opportunity for my wish to come true. I received a full ride football scholarship to play Running Back for the United States Naval Academy.

As a freshman at the Naval Academy in 2008, or ‘Plebe’ as they say, is where I learned about music production. One day after practice I walked in on one of my senior teammates Tyree Barnes (signed to the Patriots after graduation) and he was making a beat on a popular program called FL Studio. I asked him if that’s how hip hop was made and he informed me that is one of the ways that music is made. My mind was BLOWN!! He then showed me a few ropes and gave me the program. I took the program and started practicing. 9 years later and I still haven’t looked back since.

I left the Naval Academy after my sophomore year due to the fact that I was really excelling on the football field. The NFL looked promising, but I knew if I stayed at NAVY that my chances would be slim to none on pursuing my lifelong dream of playing professional football in the NFL. As I dabbled in transferring to another school I was offered opportunity to play at the University of Maryland! However, my head coach at Navy wouldn’t release me to that school because Navy played Maryland the first game of that following year. I then reached out to TCU and Wisconsin and they both offered me a chance to play ball there. However, they said since I’m coming from another Division 1A school to theirs that I would have to sit a whole year due to NCAA rules on transferring schools. So, I decided to go Division 1AA to give me opportunity to play right away. I then transferred to Texas State University. Unfortunately for me at the time, I ended up tearing my Achilles the first week of practice and missed the whole season anyways. I was crushed and devastated. But, I was determined to not let this setback hold me back from being who I needed to be in life. I looked adversity dead in its eyes and refused to give in so easily. I decided to look on the brighter side and realized that I’m going through this right now for a reason. I told myself that If I work harder than everybody now it’ll prepare me for when I get my shot to play again. I’d be faster and stronger than my competition. I also knew since I’d miss the football season, it would give me ample time to start perfecting my craft with Music.

I bounced back the following season and had a solid year. But since I was perfecting my music I got in contact with Jon McElfresh at Texas State. I told him that I had been making beats and I feel like it would be cool if I could have them played in the stadium during the warm ups of the football game. Sure, enough I came out of the locker room for pre-game that Saturday and the stadium had my beats blasting through the speakers! I was PUMPED and so were my teammates. I ended up having a solid career at Texas State with opportunities to play in the NFL but due to multiple untimely injuries I realized God was telling me he has a different path for my life. Throughout my time at Texas State I was able to graduate with a Degree in Economics, increase my skill in music production, and play top level college football.

After graduating I teamed up with an artist named Jevon Doe. The summer of 2013 we worked together on a mixtape called Golden Wraps as a demo to put Jevon on the map! After completion of the mixtape he emailed the project to Shawn Barron (VP of Atlantic Records). Shawn liked the project so much that he signed Jevon as an artist to Atlantic Records! Since Jevon’s signing, he has been working endlessly to put great music out to the world.

In April of 2016, I attended the ASCAP Expo, and my life changed forever! I was able to link with some liked minded individuals and learn a lot from the different informational panels. One of the panels I stopped by was Westlake Studios (Michael Jackson’s old studio). There they asked to hear a song that I was working on at the time. I showed one and they instantly got excited. They said I had a lot of potential and offered me to come to their studio to attend their school Cre8 Music Academy. Later that year I attended their school and there I learned a lot about music production and audio recording. Since graduating from there my music has never been the same. I had a meeting with one of the owners and he convinced me to quit my day job in Houston and move to LA. He told me the only way I’d achieve my dreams in this music industry was if I let go of my security blanket and just put my everything into my music career. I listened and moved my whole life to the west coast!

I’m now a full-time music producer that’s had the pleasure of working with some of the most notable guys in the industry. My sound has increased dramatically ever since I made the move to LA and I’m only going to go up from here! One of my latest releases “Lookin by Dafrican” produced by myself is up to nearly 600,000 plays on SoundCloud. I’ve had the pleasure of being able to work with Nick Cooper (Vocal coach for Beyoncé, Katy Perry, Nikki Minaj, Zendaya, Bryson Tiller, etc.) on multiple occasions for his artists. I also worked with Tiger da Writer (wrote the smash hit ‘Yeah’ by Usher) and Antonio Reid Jr. (LA Reid’s son) on a few songs. I’ve had a lot of ups and I’ve had a lot of downs in my life that I decided not to mention. But, every step of my journey has prepared me for my responsibilities moving forward. With all that being said I’m now the Official House Producer at West One studios in Hollywood!!! Located on Hollywood Blvd and Cahuenga Blvd. So, if you want your sound to go to the next level contact us today at www.official6points.com or call 323-250-8292 and set up an appointment today!

Has it been a smooth road?
Not even close!

1.) Had my initial dreams crushed
2.) Been evicted out of my apartment
3.) Had missed opportunities because of my lack mixing knowledge at the time
4.) Had to overcome hating neighbors that didn’t believe in the vision and just wanted the noise off.
5.) Had to face the challenge of quitting my day job, and moving cross country to pursue my dreams purely based on faith.
6.) Had plan A not work out multiple times.
7.) Completed 2 Navy Boot Camps.
8.) Overcoming Multiple Football Injuiries
9.) Been broke numerous amounts of times.

We’d love to hear more about your business.
At 6 Points Productions, LLC. We are a music production company that strives to make undeniable music bringing out the maximum emotion the listeners need! Our goal is to make music that people will like regardless of the genre of music. We specialize in cross over music. That is music that could be played over multiple genres of radio stations such as Pop/R&B, or Hip-Hop/Pop, or Hip-Hop/R&B, etc. We are known for our unique sound with highly active 808’s that will keep your head knocking! We also can DJ your next event as well as mix/master your next beat or songs. Just a couple weeks ago we DJ’d a Yacht Party and the response was undeniable!

So, far we are most proud of getting an unsigned artist in Jevon Doe to the point where he was able to sign to a major record label as in Atlantic Records. What sets us apart from others is the fact you know when you get a beat from 6 points that its already so good all you need to do is make the extra point and you’ll win!

Is our city a good place to do what you do?
I feel out here in Los Angeles is the PERFECT place for my business! Anybody doing anything in music comes to LA at some point of their career. So, why not have my business set up in the mecca of opportunity?

If somebody were just starting out I feel this would be an ideal location to first start out. Every day you step outside you have a chance to meet somebody that’s in the industry and could help get you where you need and want to be in life. Opportunities like these just aren’t the same in other parts of the country.