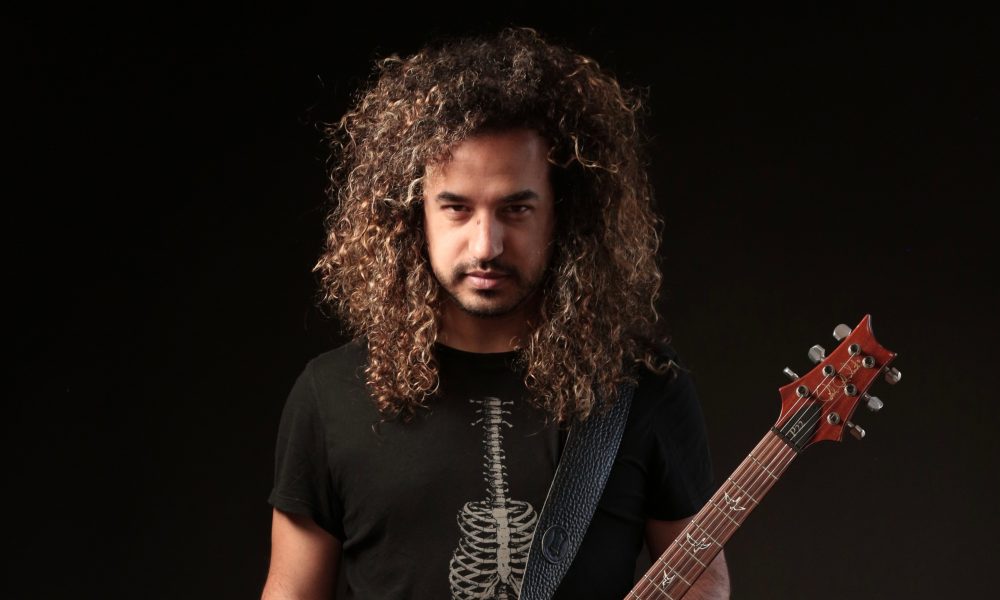 Today we’d like to introduce you to Yohai Portal. Them and their team share their story with us below:

Yohai Portal was born and raised in a small town near Haifa, Israel. Yohai’s  family is filled with artists and a creative enthusiast all around. Painters, dancers,  movement teachers, architects, hairstylists, fashion designers, and other  musicians, just to name a few.

After giving up sports for good, due to a bad knee injury, Yohai started focusing  his efforts on developing his musicality and performance skills. His first band was  at 16 years old, and he started playing and putting together local shows near his  hometown area (Kiryat Atta) with friends from school playing covers and some  original music. Around the age of 19, Yohai was already playing 10-20 shows  every month in the years to follow with different cover bands, tribute bands, and  wedding bands across Israel.

In 2011, Yohai joined the Israeli Rock N Roll Band, The Genders. Together they  recorded and released their 3rd studio album, ‘Guts And Heartstrings,’ which was  signed and published by Lovecat Music from NY.

The Genders’ music appeared in movies such as American Pie – The Book of  love, Adam Sandler’s – That’s my boy and several TV shows such as HBO’s True  Blood, FX networks – The Mayans, and a couple of MTV commercials.

Due to his strong presence at the local music scene, he started booking gigs as a  session musician for other artists and music producers. Studio work as a session  guitarist became second nature for Yohai. Eventually, it led to a few substantial  Pop hits ranked #1 in Israel’s mainstream music chart (GLGLTZ). This brought  attention to Yohai’s name all around the country.

In 2015, Yohai met Gadi Altman, the lead singer of the biggest Grunge-rock band  in Israel named “Boten Matok Bakirkas.” The band had a couple of big radio hits  of Israeli caliber while Yohai was just beginning as a guitar pupil. Altman invited  Yohai to jam with the band, which felt like it was just meant to be, and after years  of looking for the correct lead guitar player, the missing piece was finally found.  By completing the band’s lineup, together, they created the band’s 3rd album  called “3”. This album was recorded, mixed, and mastered in three days and  played live (like in the old days) to enhance the FEEL of a live band playing their  hearts out.

In November 2015, Yohai left his home in Israel and moved to LA, since then he  is leaving his mark on LA Hollywood’s live scene, playing best live music venues  such as The Whisky A Go-Go, Lucky Strike, Viper Room, The Roxy, The Canyon  Club and The Rose club by Saban group, as well as, numerous House Of Blues  venues around the country and many more.

Recently, Yohai was signed to PRS (Paul Reed Smith) Guitars as an artist and  has been supported by them ever since. In addition, others have sought out to  endorse him, such as Shure, Ultimate Ears, Warm Audio, InTune Guitar Picks,  SKB cases, Moody Leather, Bare Knuckle Pickups & Kemper Amps.

In 2018, Yohai founded a Linkin Park tribute band called “In The End” with Chris  Hodges, Zak St, John, Andrew James, and Reily Qyote. IN THE END, is more  than a tribute band. Full of music industry veterans, they have performed with  some of the biggest artists and on some of the greatest stages in the world. They  create a live show that is second to none, and the crowd reaction to these shows  is a testimony to that fact. They have even partnered with mental health non profit organizations such as Change Direction, To Write Love On Her Arms, and  more. Their goal is to provide financial support to these organizations and  provide global platforms to discuss the issues surrounding mental health  awareness openly.

In January 2020, an idea of fronting a band started a butterfly effect that led to  the first GreenblacK (Current main project). Yohai stars as the lead singer, guitar  player, and primary writer. Currently, he is releasing songs off his first album titled  “Consumption Overkill.” Greenblack is a musical venture created by Heavy Metal  riffs combined with Prog-Rock influences alongside uncompromising lyrics.  GreenblacK’s authenticity and energy has caught the public eye, and not  planning to stop anywhere!

I’m sure you wouldn’t say it’s been obstacle free, but so far would you say the journey have been a fairly smooth road?
Obstacles are everywhere and every day. It’s a long journey, and I feel like I’m  just getting started. I come from laying guitar in different cover and tribute bands  in Israel, to working on my first ever full-length studio album (The Genders – Guts  And Heartstrings), to getting hired as a session guitar player and making it to #1  in Israel’s main pop chart (GLGLTZ) together with the rapper EZ and the  producer JORDI. The next step was to get my first O1 visa for the US, move to  LA, build a life here in LaLaLand, and make a name for myself. Create authentic  friendships, genuine working relationships, cooperations and release original  music. All those things above are just a fraction of what the road was full of. It is  still going, still happening, and as I mentioned earlier, I’m just getting started.

Can you tell our readers more about what you do and what you think sets you apart from others?
Today my main focus is releasing more GreenblacK songs. I work​​ closely with  Daniel Jakubovic, who is producing and co-writing this album. We​ are​ having a  great time working together​.​ We​ have​ found that we have tons of common  ground music-wise, and we love collaborating and bringing songs to life.

Before GreenblacK, my main thing was just a “guitar player,” which I got sick of at  some point, so a transition was necessary for me. It wasn’t a fast switch, and it  happened in stages over time. First, I started producing music by myself by  learning a lot from my friends and tons of YouTube tutorials. Then came the  decision to sing, and I had to begin taking vocal lessons, so I’d know how to use  my voice correctly. I still learn new techniques every day.

It’s hard to say about myself what I think that sets me apart from others. I met few  people before that have no values and no real essence behind them, every step  of their way was in the name of instant “success” and making money or  whatever… I believe in truth and being true throughout the process and every  necessary step of the way. This is the only way I would want to continue creating,  improving, growing and achieving the highest highs

The crisis has affected us all in different ways. How has it affected you and any important lessons or epiphanies you can share with us?
Absolutely! Personally, the Covid-19 crisis and shut down was an opportunity to  try and look at things differently. I always wanted to make the leap to working on  my own original music, but never really found the time or personal strength to do

so. Some changes were not easy, mostly mentally, but I’m glad I got to go  through those processes. I was working on myself, singing, and improving how I  work from my home studio. I feel I’m in a much better place with my abilities,  skills, confidence, and overall mental state. My focus now is on continuing to  grow and GreenblacK’s future. 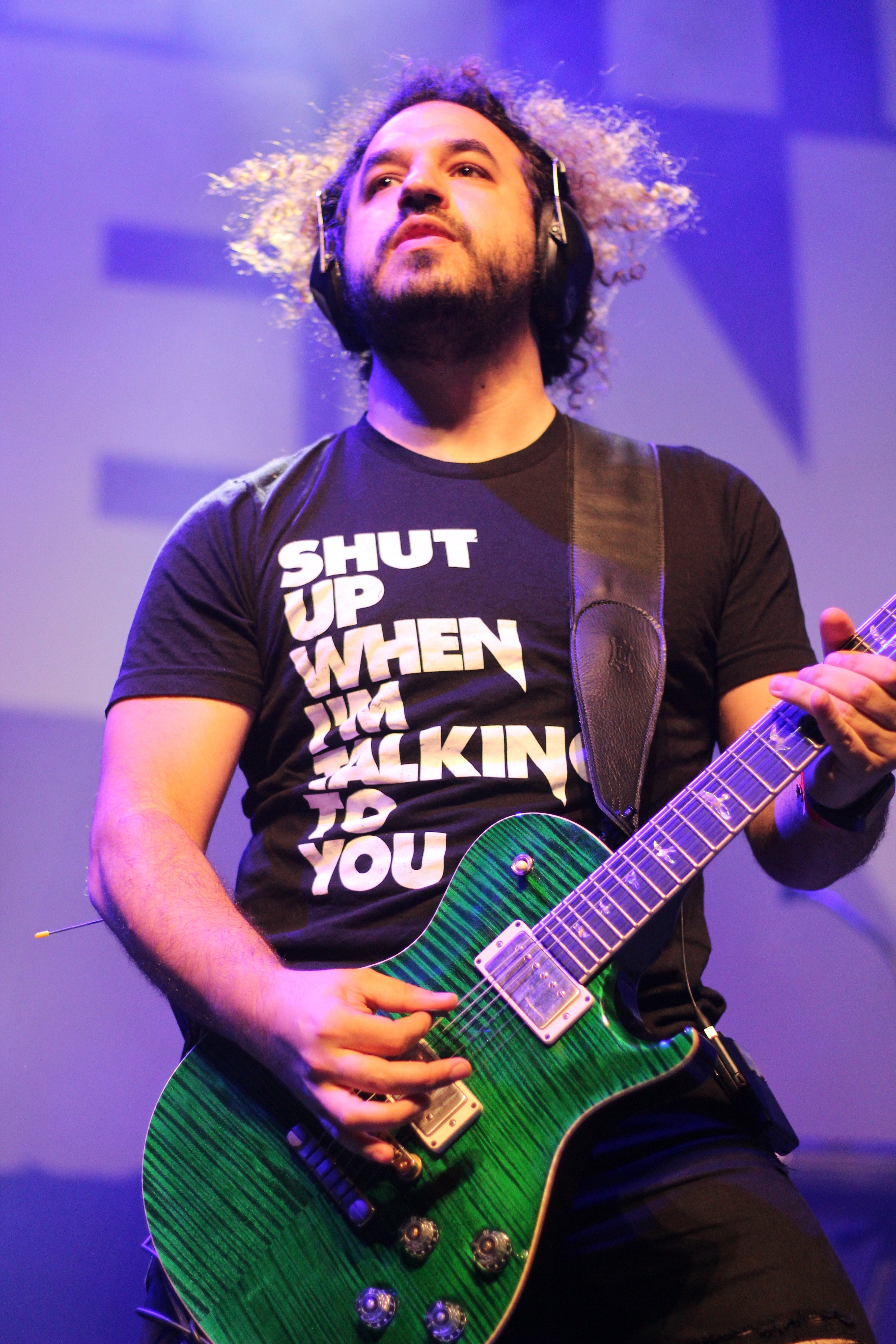 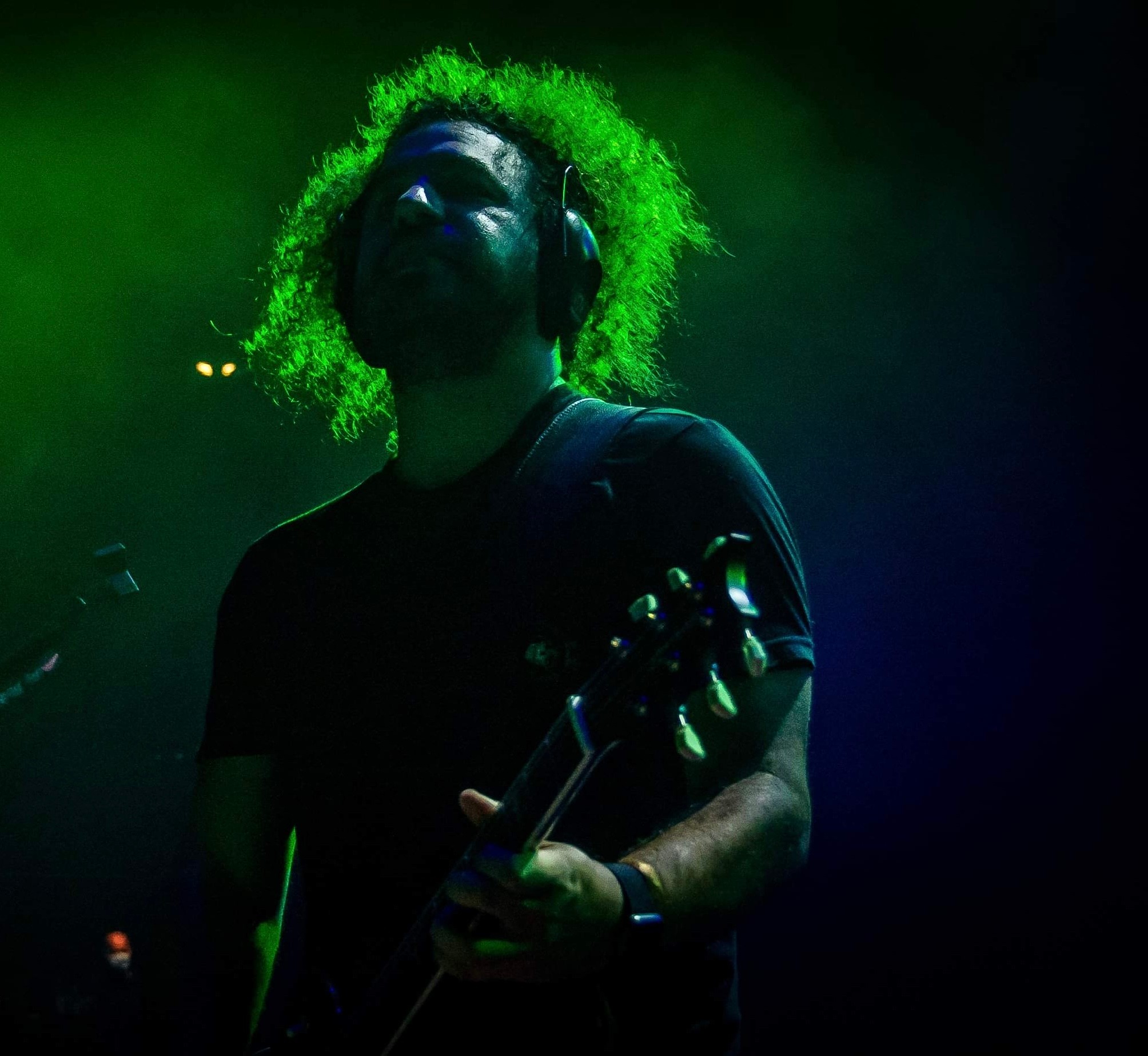 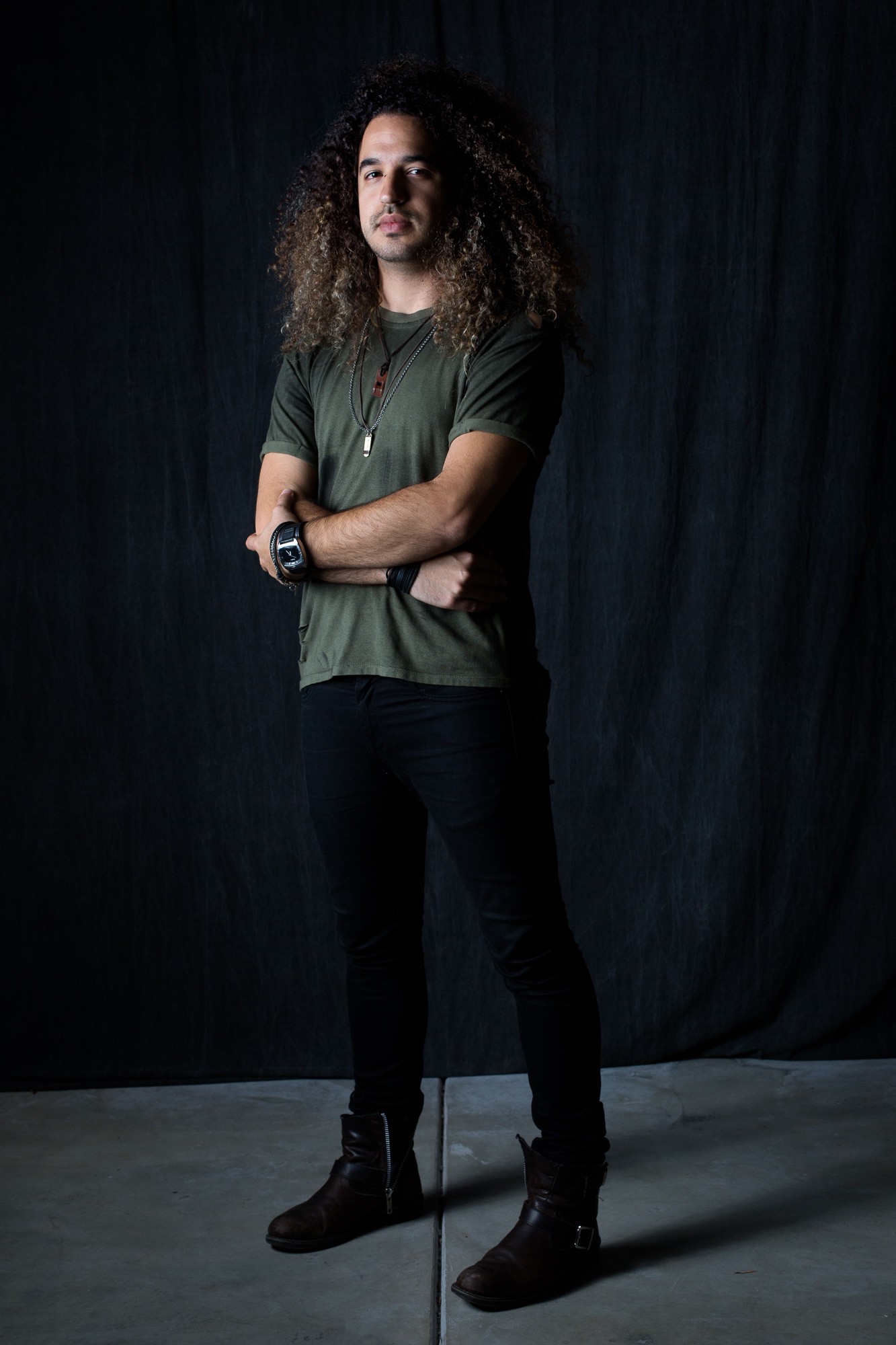 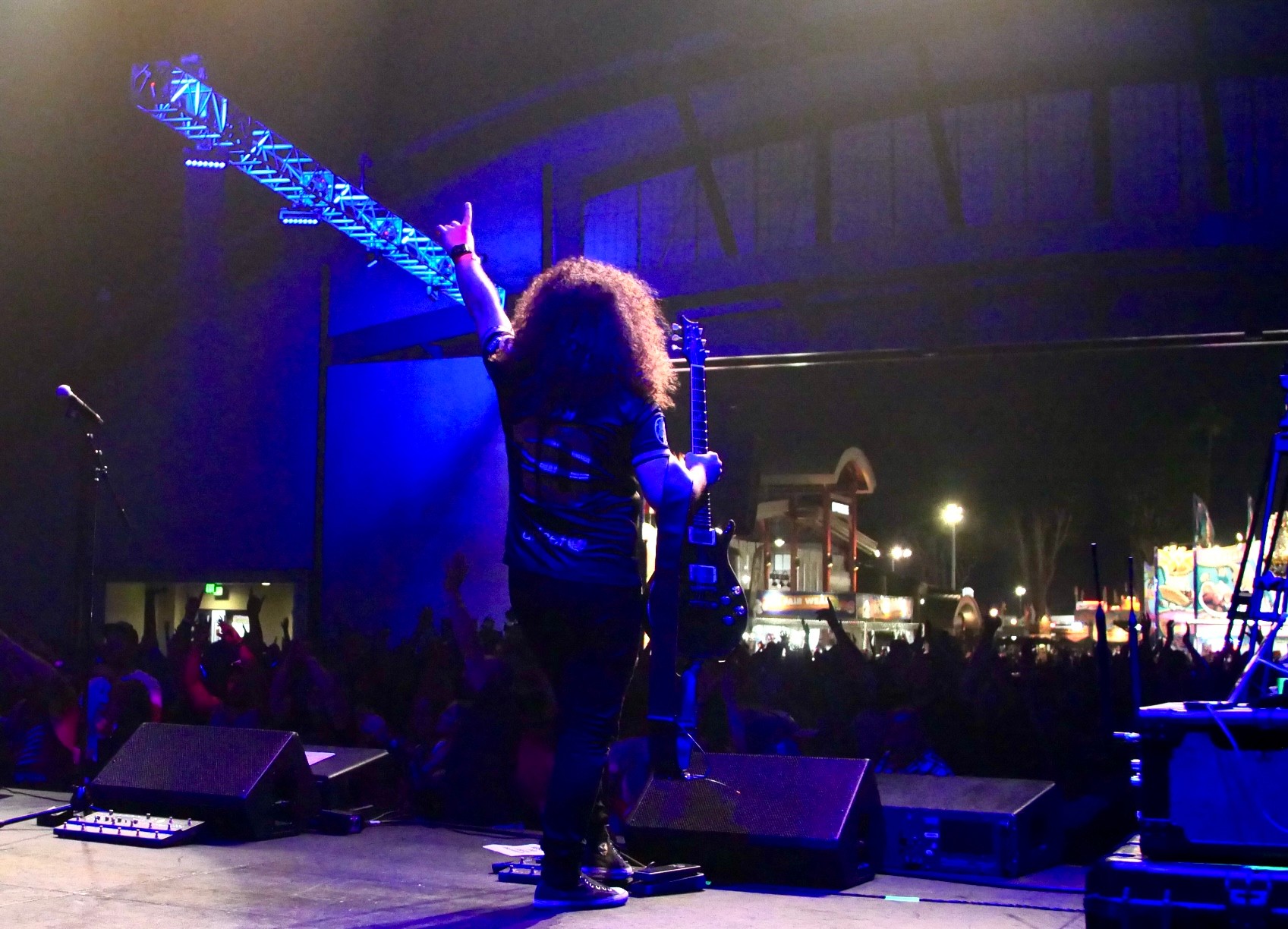 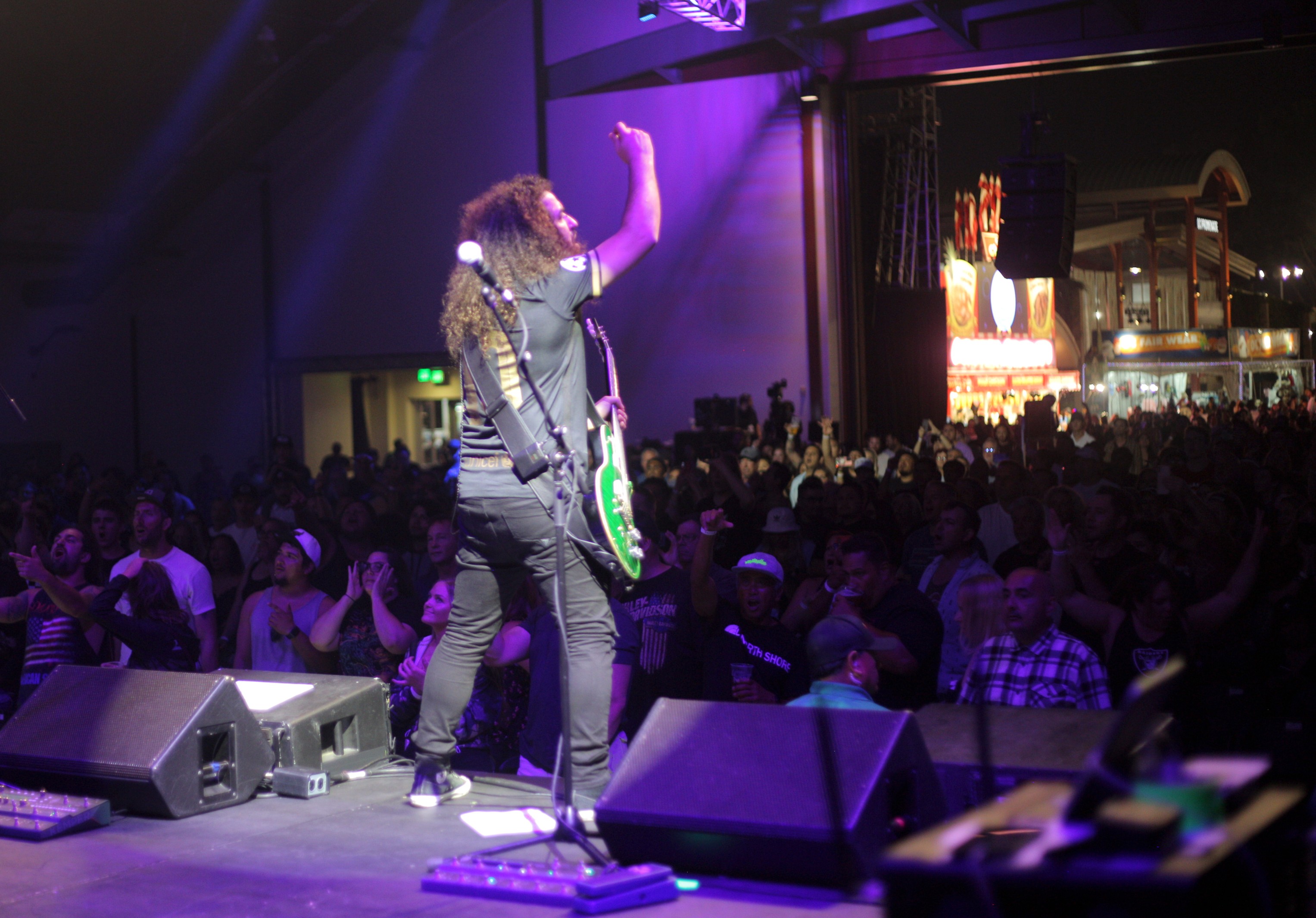 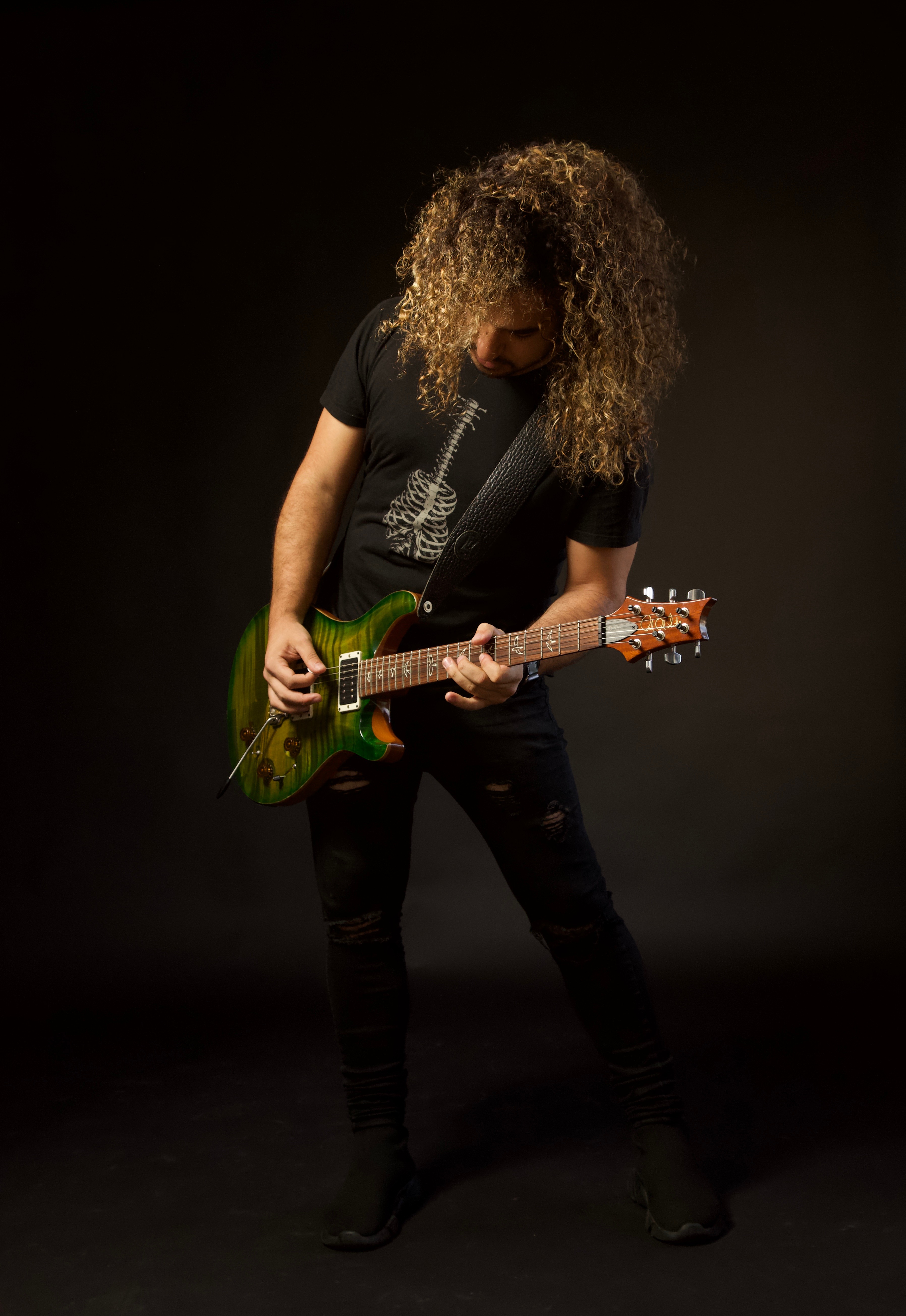