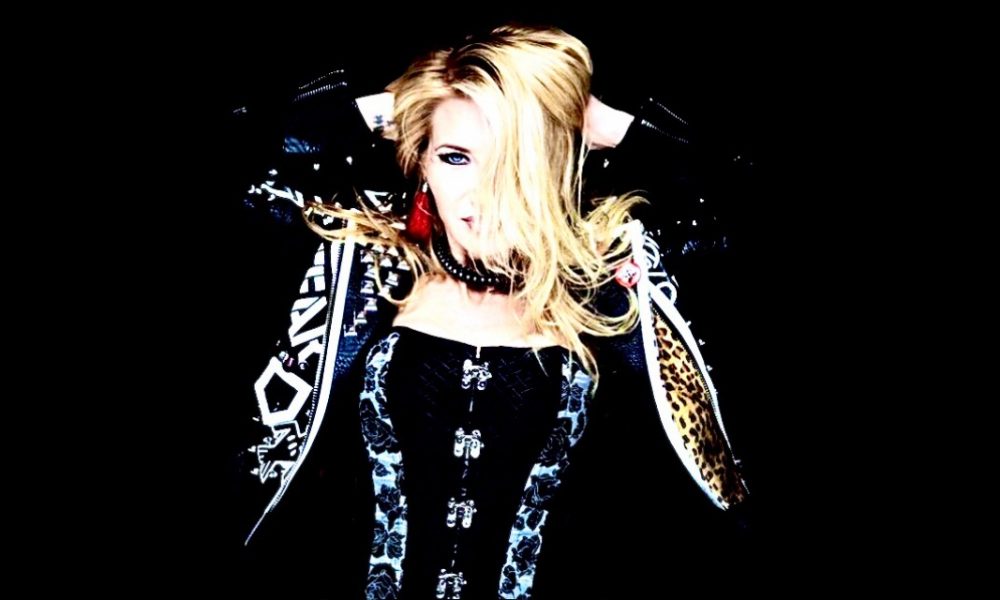 Today we’d like to introduce you to Valerie Ojeda.

Hi Valerie, we’re thrilled to have a chance to learn your story today. So, before we get into specifics, maybe you can briefly walk us through how you got to where you are today?
I will forever be a “Chi-Town Girl” at heart. Growing up in Chicago afforded me so many amazing opportunities to perform in every facet of the entertainment industry. During High School, I started touring with a professional musical theatre company, which led to commercials, films, lounge singing, commercial jingles and singing The National Anthem at sporting events. You name it, I did it. In 1995, I hosted a local children’s TV show for two years and then became a regular personality/segment host for The Jenny Jones Show, from 1997-2003. In 2000, I was picked up by an independent record label and toured the US, Canada and England, with my self-titled, pop/r&b album, “Mikita.” In 2004, I moved to LA and continued acting in commercials, TV shows and Independent films, but when I got married in 2007, I decided to take a break for a while and spent my time traveling the country as a professional live presenter at trade shows and conventions. Of all of the things I missed during that time, it was singing that kept calling me back, so I joined a local cover band in 2012 and eventually created my band, Anthem Road, in 2016.

I’m sure you wouldn’t say it’s been obstacle free, but so far would you say the journey have been a fairly smooth road?
I honestly don’t know anyone who has had a smooth road! I guess since I didn’t come from money, and that’s putting it mildly, I had to scrimp and save and create opportunities where there weren’t any. Everything I have ever accomplished in my life has been because I saw what I wanted and walked right up and made it happen. In that way, I was very blessed to have that tenacity and drive.

Can you tell our readers more about what you do and what you think sets you apart from others?
Creating Anthem Road has been a dream of mine, for a very long time. I had this vision of what a successful cover band could and should be. I handpicked the best of the best musicians on the West Coast and within four months of us being together, we were playing our first Vegas casino! Now THAT is intention. We also opened for the iconic 80’s bands Warrant and Berlin. I am so incredibly proud of this band, with the variety and quality that we offer. The ability and versatility that we have to play an upscale dance show at a Vegas casino for 400-500 people one night and then a classic rock show in LA the next night, is something that we have worked tirelessly to achieve. I also have so much respect for musicians who play original music, but at this point in my life, I so love singing covers and performing songs that everybody knows. Having the ability to transport people back to some of the best times in their lives, to where they are singing and dancing right along with us, is intoxicating. Being of service is the highest form of consciousness and we are first and foremost up on stage for the audience. THAT is what fills us. THAT is why we have been so successful. This goes for my presenting job as well. I guess you could say, as long as I have a microphone in my hand, I am truly happy:-)

Before we let you go, we’ve got to ask if you have any advice for those who are just starting out?
The worst thing that anyone can say to you is NO. But never ever be too afraid to ask, no matter what. If you get rejected, then try to find out WHY, learn from that experience and do it better or differently the next time. Also, study people in your field who are already successful. What are they doing that works? What are they doing that could be better or that you would change? Learn from them and create your own thing. If you have a clear vision of what you want to create, truly give 100% and constantly work to improve and evolve, you WILL be successful. 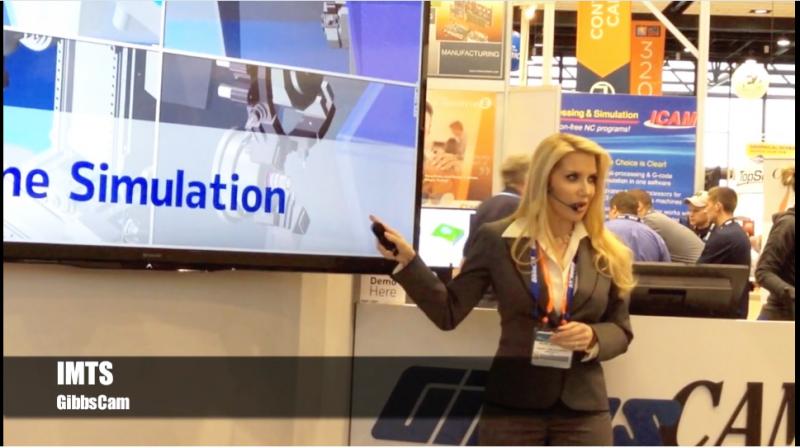 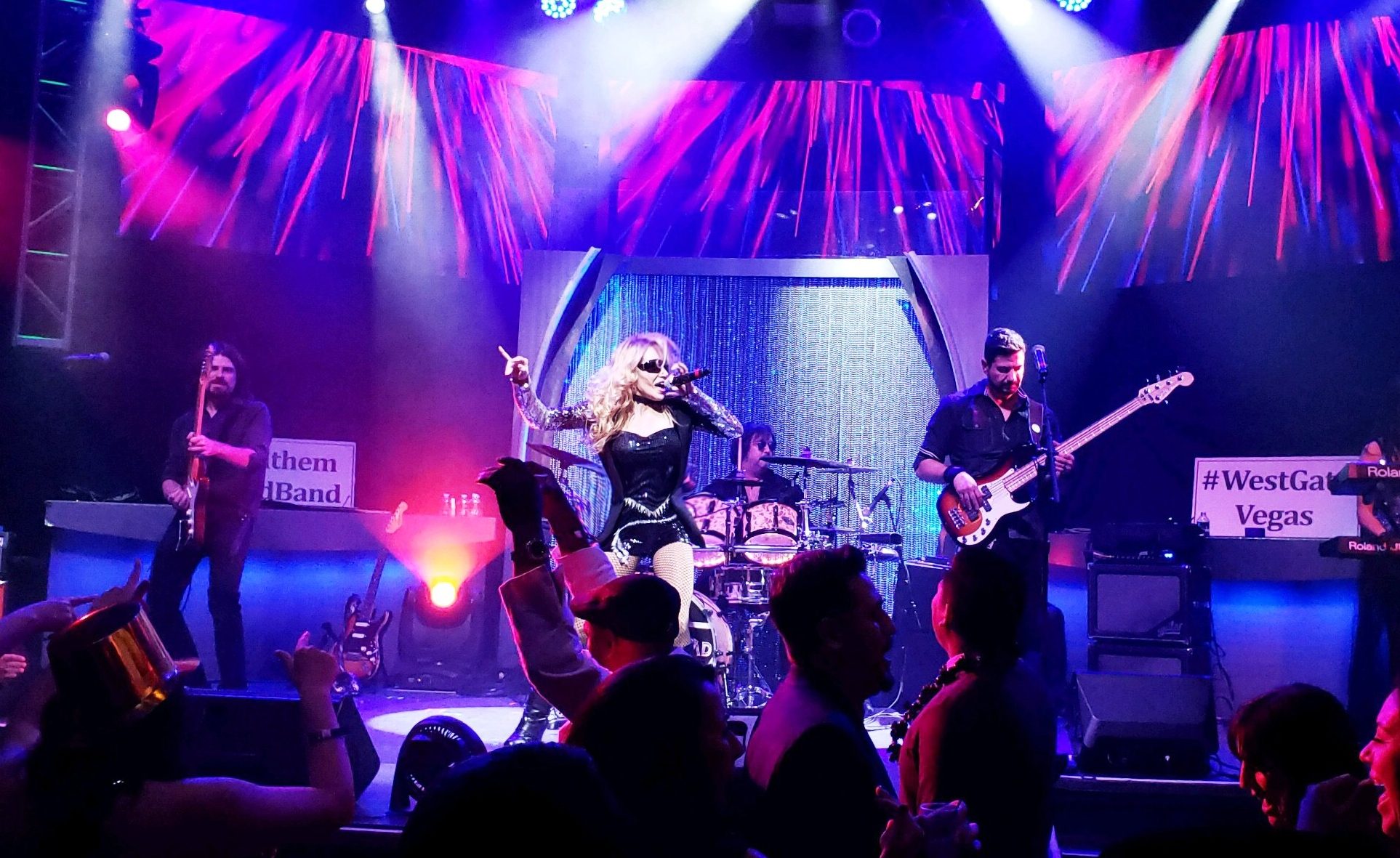 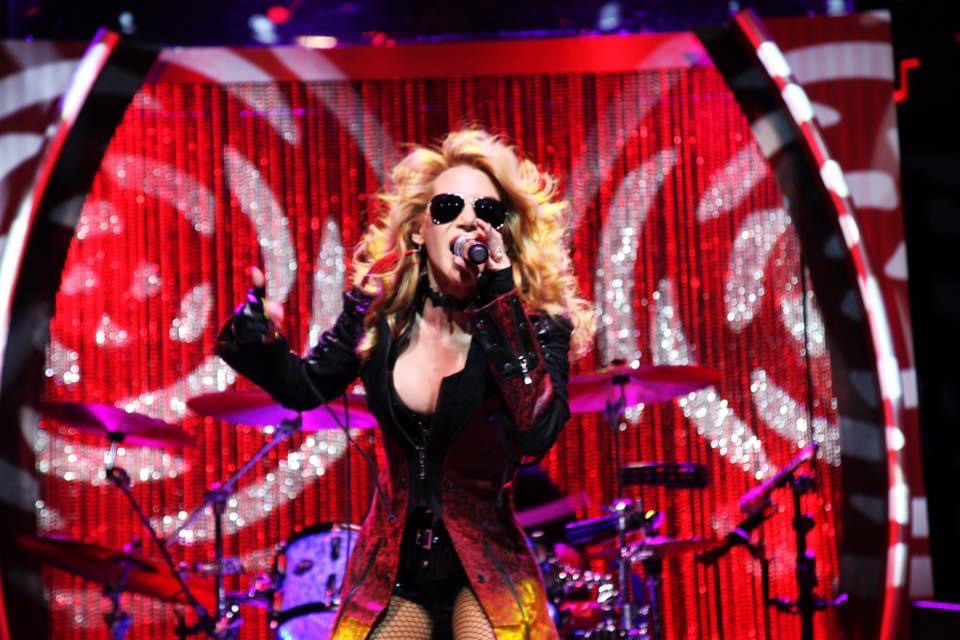 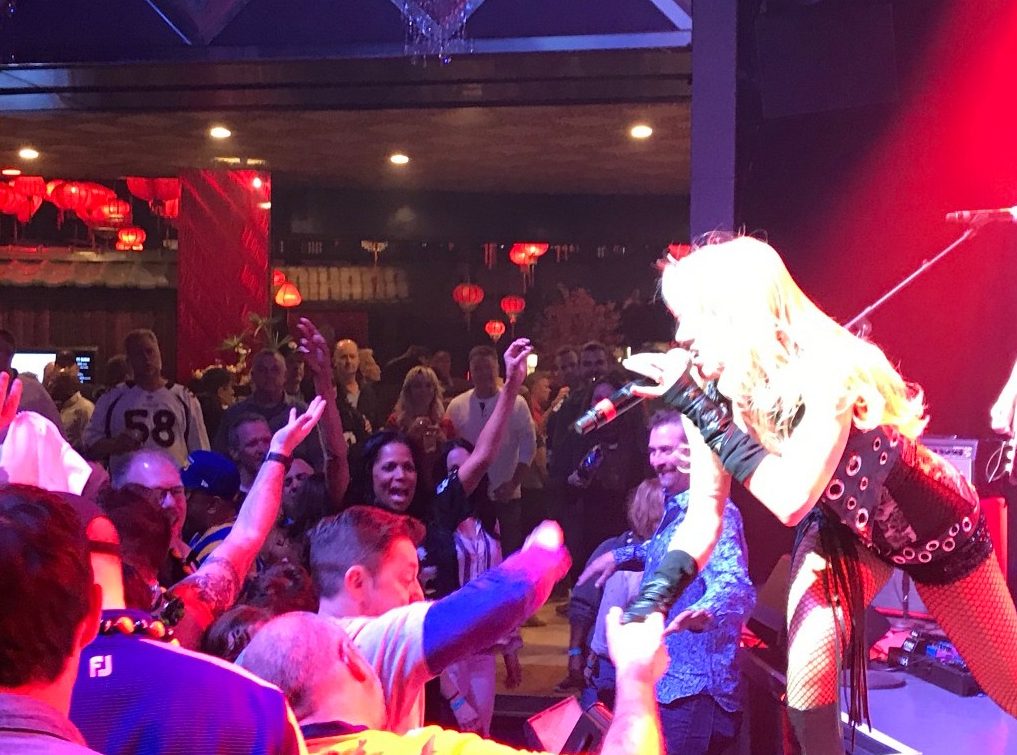 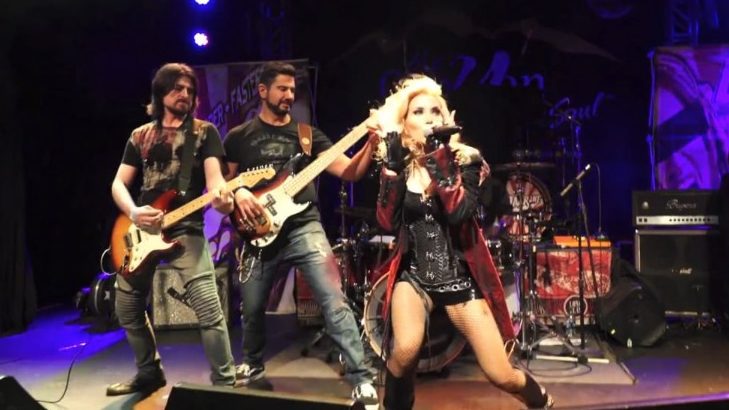 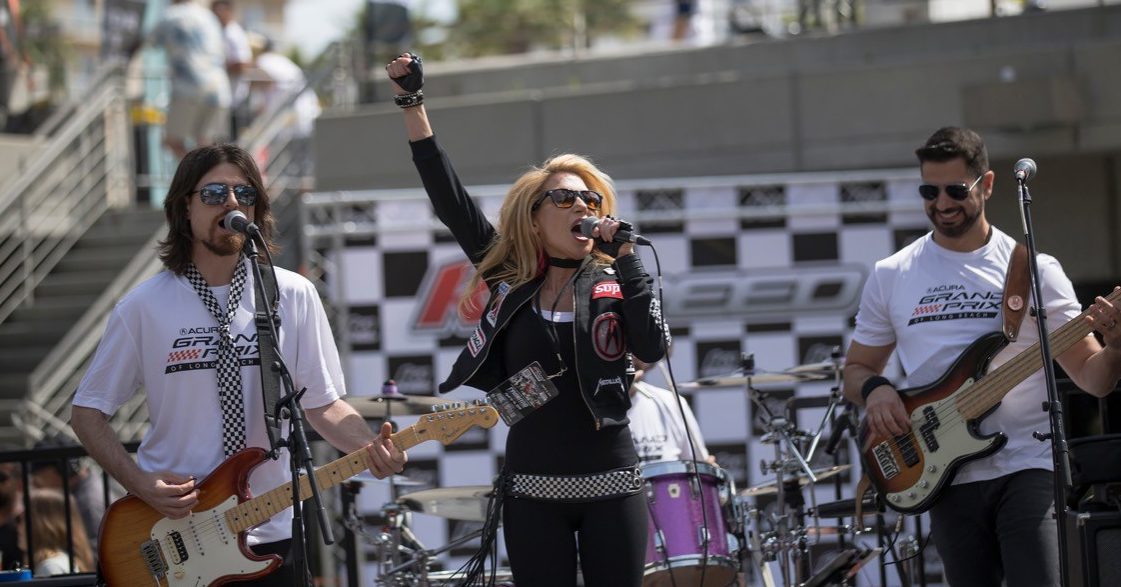 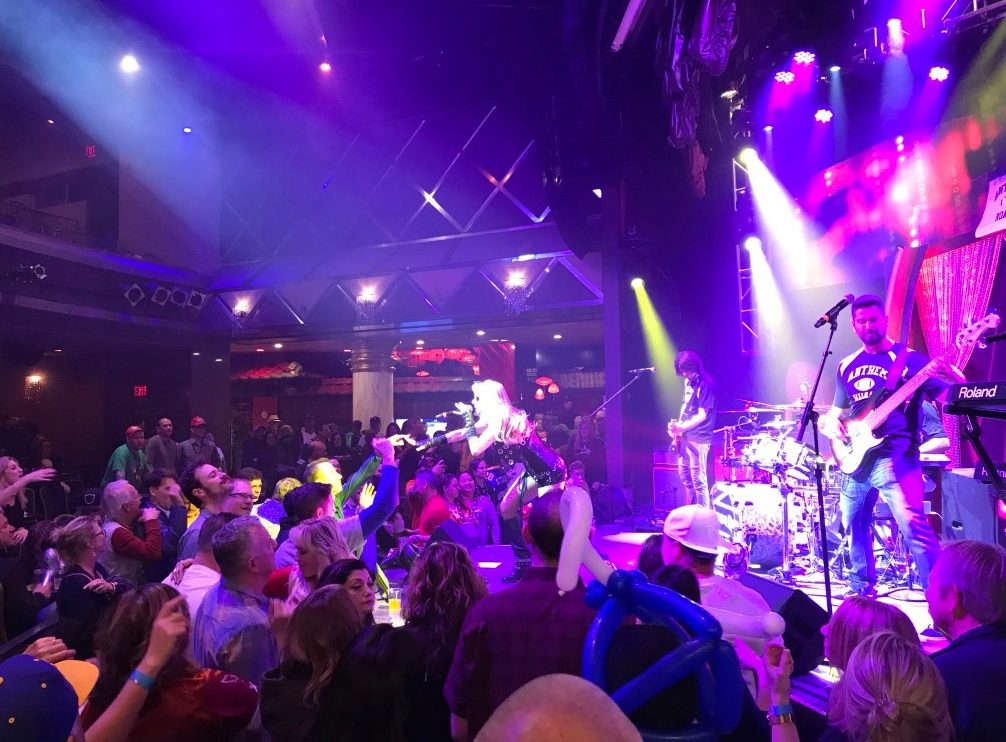 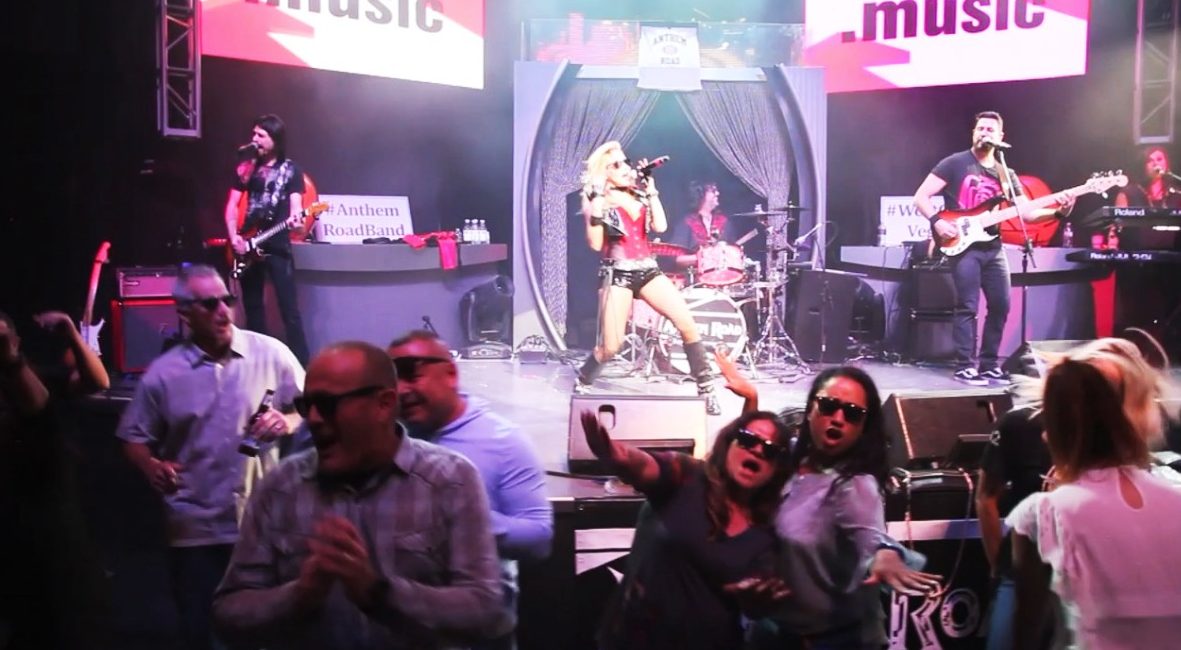