Today we’d like to introduce you to Tsebiyah Derry.

Hi Tsebiyah, thanks for sharing your story with us. To start, maybe you can tell our readers some of your backstory.
I am a child of artists and freelancers. My father is a vocalist and vocal coach, and my mother is a visionary event planner & programmer, as well as the founder of a non-profit organization called A Song For Life. Because of the two of them, I’ve always known that I can create the life I want from the ground up. My parents demonstrated to my brother and I early on that we don’t have to try to squeeze ourselves into spaces that are reluctant to have us or want to change us in order to make a living. As a kid, I loved reading, and I wrote poetry instinctually pretty early on. I also loved musicals, and as soon as I could join drama club, I did in fourth grade. I have done, at the very least, a play a year since – until 2020, that is. My artistry is thus rooted in the repetition of this process of mounting a play.

When it came time for college, I explored my loves of devised/experimental theatre, literature, history, writing, and a little bit of Spanish language at Sarah Lawrence, taking a year to study classical & contemporary theater conservatory-style at the British American Drama Academy in London.

All of these different disciplines feed each other; music, literature, theatre and history influence my writing and poetry which influences my music and so on.

That’s all lead to where I am now; a theatre artist, poet, singer/songwriter and sometimes teaching artist. I have a blast in Shakespeare plays, experimental and poetic music-theatre, and new musicals. I am slowly starting to get more into working on TV and voiceovers, but mostly these days, I am focused on writing my own music; telling my own stories and building a creative home for myself and the artists around me.

Alright, so let’s dig a little deeper into the story – has it been an easy path overall and if not, what were the challenges you’ve had to overcome?
No freaking way. It has been rough. I actually am, right now, sitting in my new bedroom in a new apartment that I just moved into barely a couple of weeks ago. I am realizing that this is the first place I’ve really felt at home in many years. Spacious, with lovely lighting, and peaceful. And that is because, coming from a native Black family of freelancers in New York, owning a home has been nearly impossible. My family and I have been chronically displaced ever since the summer after my middle school graduation when we lost my childhood home to a mortgage scam, a symptom of the years after 9/11. As a family, through my through high school and college years, we constantly were moving and staying with generous friends and family. We even had my brother go to boarding school through a program called Prep for Prep, really just so he could have more stability than I did in high school and so that he would hopefully be fast-tracked into stable, high income right out of school. Because of that, for eight years (high school and college), we didn’t have the luxury of having him at home with us. Just about every place I have lived since I have been afraid I’d lose. Living in New York as an artist is really difficult, but this is my home. I refuse to pick up and leave.

Growing up with housing insecurity impacts you in ways you can’t really foresee. I’m still learning and healing. But for the first time in a long time, I really, really feel at peace. I have been writing and focused on my own craft in ways I wasn’t before. I am so freakin grateful to have finally made it here. But it infuriates me that it has been this hard, and continues to be this hard, for Black people & other marginalized freelancers and artists to keep a roof over our heads. Every human being deserves housing, regardless of their capabilities.

Thanks – so what else should our readers know about your work and what you’re currently focused on?
Words are really important to me. I really like to work on things with carefully chosen words that resonate and paint vivid pictures for those who receive them. In this way, my poet is always at the helm of my creative ship. So whenever my poet feels spoken to, I can really connect. Also, The Act of Play is a crucial aspect of my creative process, more than I realized. So playing with words and their sonics, rhythms and meaning really drives me when it comes to writing poetry and music. Singing-wise, I think I am known for my big voice and the power that comes from my belt, as well as the rock-and-roll rasp that has developed in my vocal texture in the last few years. Theatrically, one of my favorite projects I’ve ever done was Jillian Walker’s “SKiNFoLK: An American Show” at The Bushwick Starr (co-produced by the National Black Theatre of Harlem), just before the pandemic. Jillian’s poetic exploration of American Blackness & ancestry, set in a mythical underground cavern, is told by a trio Black Women, supported by an incredible jazz trio that incorporated every musical facet of Black American culture historically. This piece really inspired me to lean into my instincts and craft a world of words that stirs me.

During the pandemic, I have been inspired to take myself seriously as a songwriter. My second single, “Coastline,” came out earlier this year. I am proud of that moment because the song feels so much like a moving poem to me. It was so rooted in the moment in which my friend Randy and I wrote it; the dead of winter in New York City, as the grind churns on and on, the pressures and debts mounting, and you’re feeling like nothing will ever break you out of that grey hole that adulthood can be. Once the song was created, I also had a good time exploring the visuals; the respite that is the beach, the freedom, and endless openness that can make you feel so small and soothe you from all the problems that feel larger than life in the city.

Since then, I’ve released a couple more singles– most recently, “Bad On My Own,” a sultry revelation in ones’ own sexiness and a rejection of shame. It’s a song I really had a blast writing with Soft Rondon– who can be heard ripping right through the first moment of the song her sax –and producer BosHandRolls.

A team of us have already started exploring visuals for that one, as well, which is ridiculously exciting. I’m taking my time with it all, but I am really grateful for the collaborators around me. The talent, the generosity, the love, it’s so real and it’s how any of this music & accompanying experiences get made.

I am discovering the music video for any given song as a different kind of poetry. How it really aids the viewer with becoming immersed in the story, tying everything together in a sensorial way. I’ve always enjoyed exploring the relationship between poetry and photography, and the music video just feels like a medium a few notches up in intensity from that. As I stumble through this exploration, I am learning more about myself and what people respond to when they see me perform, read my poetry, or listen to my music. 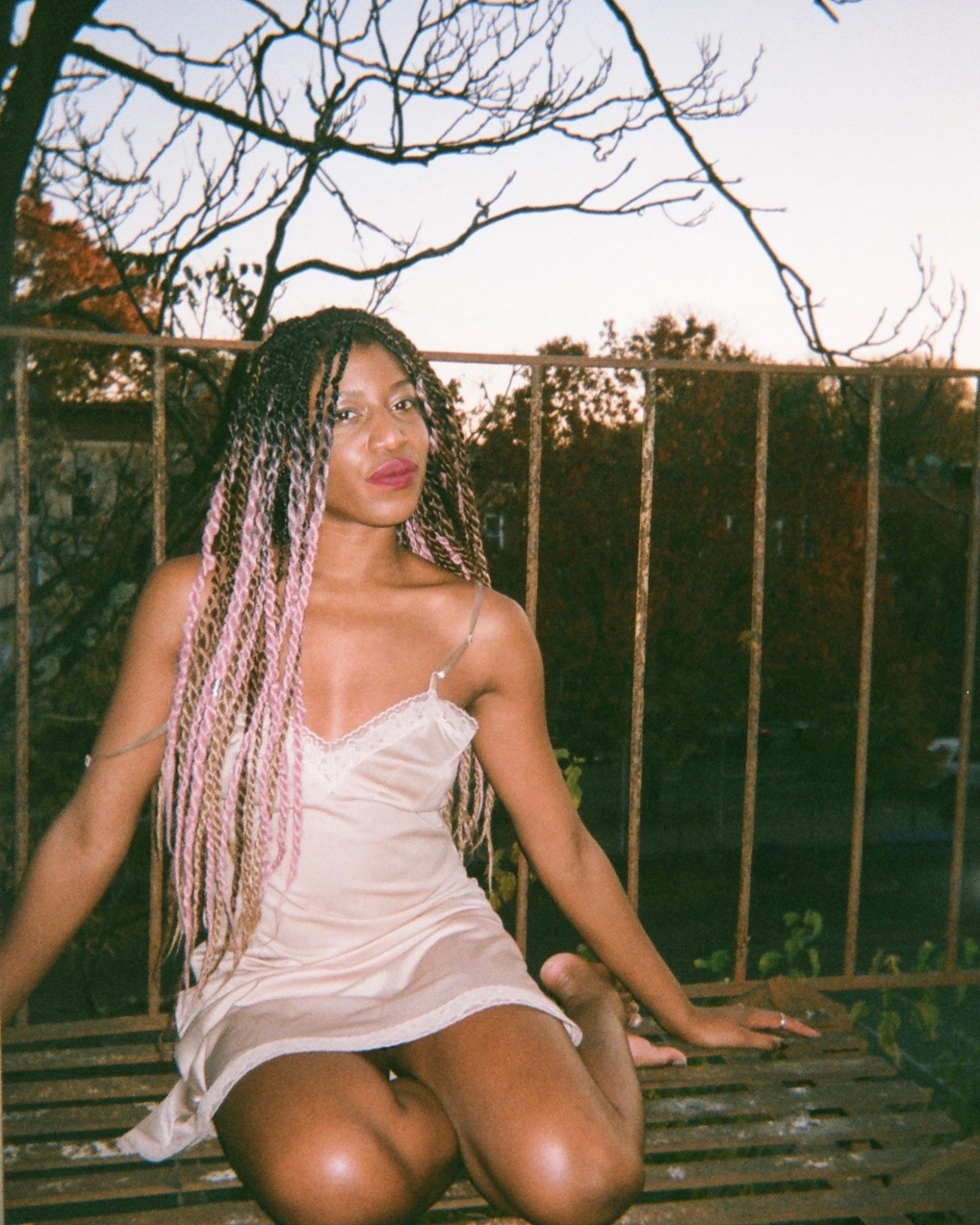 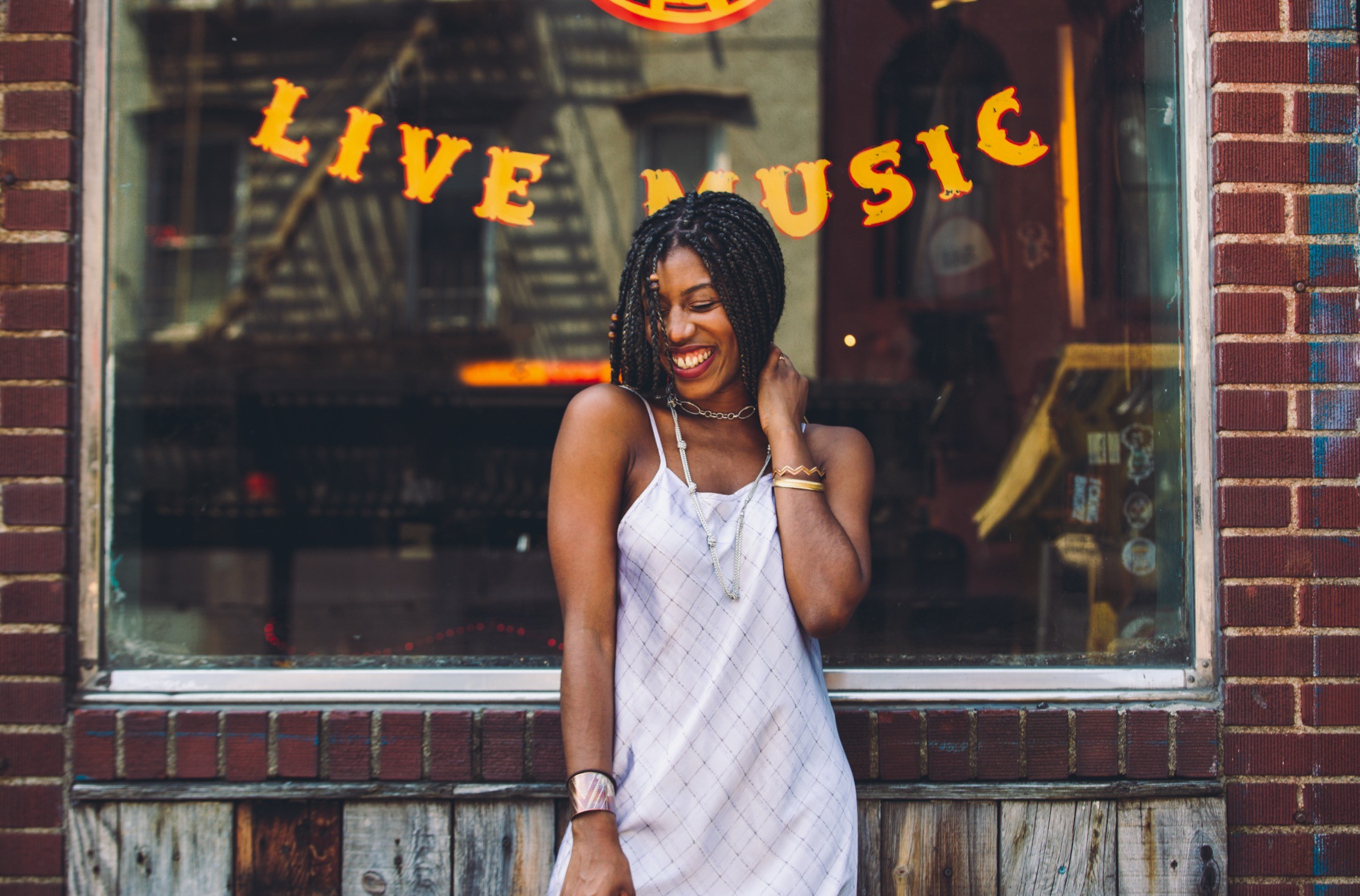 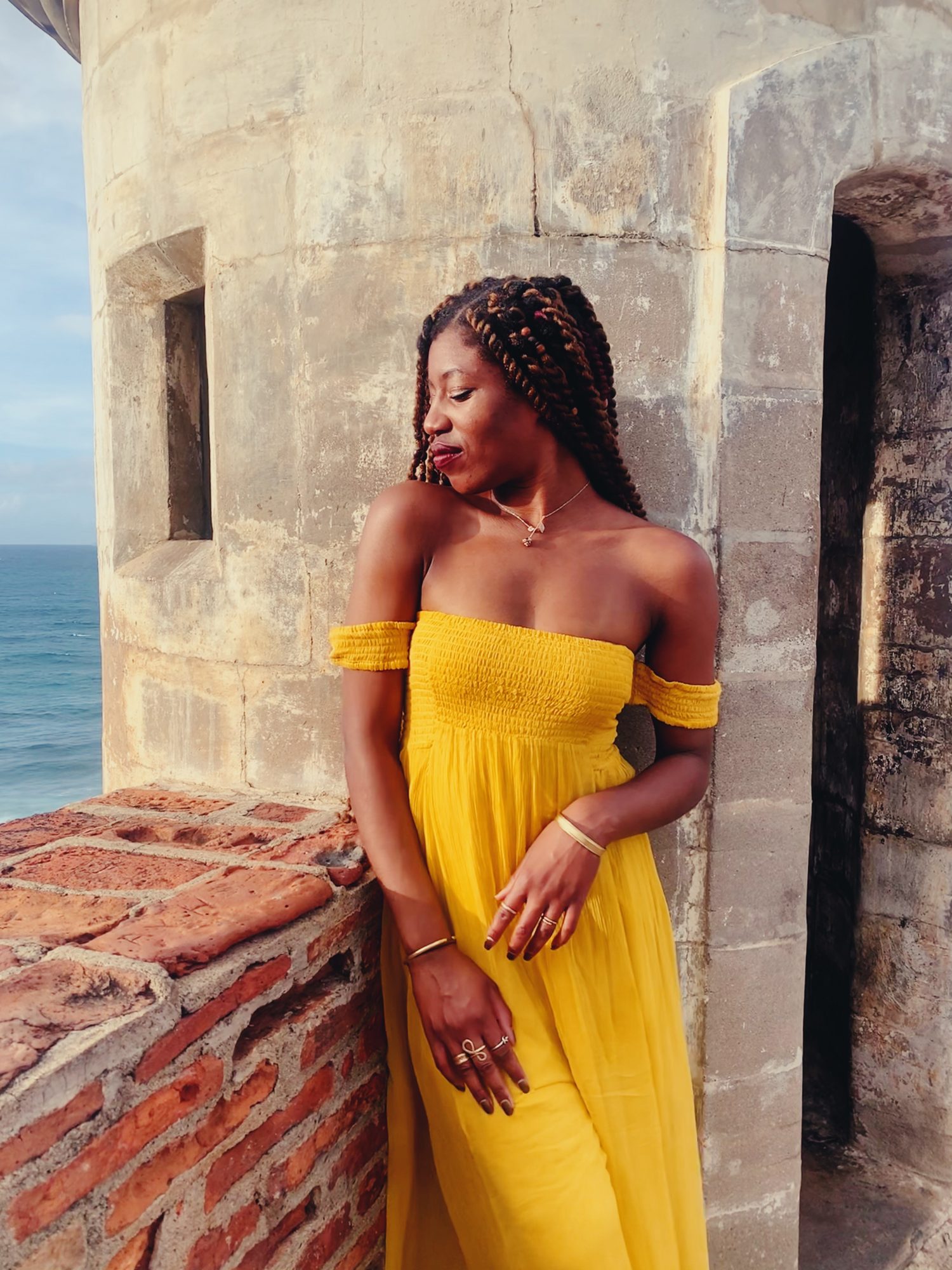 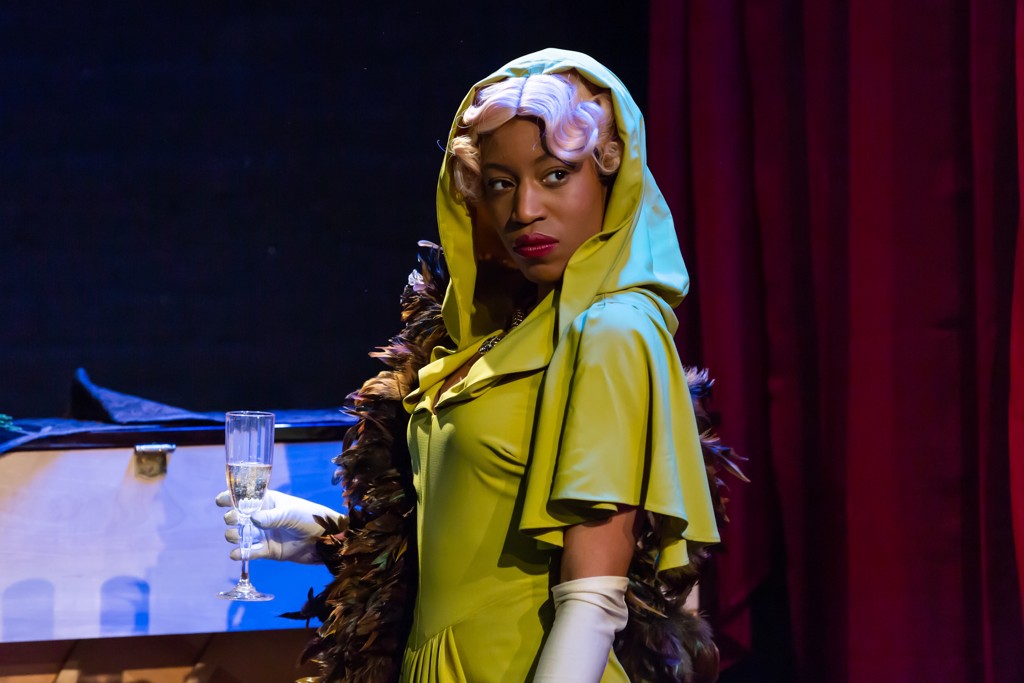 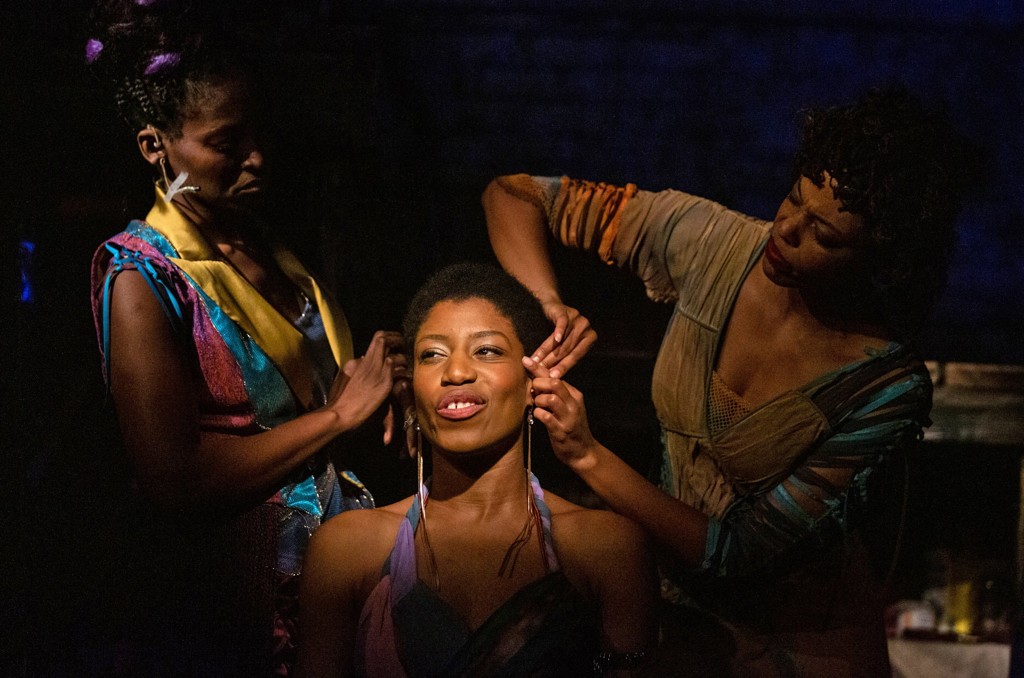 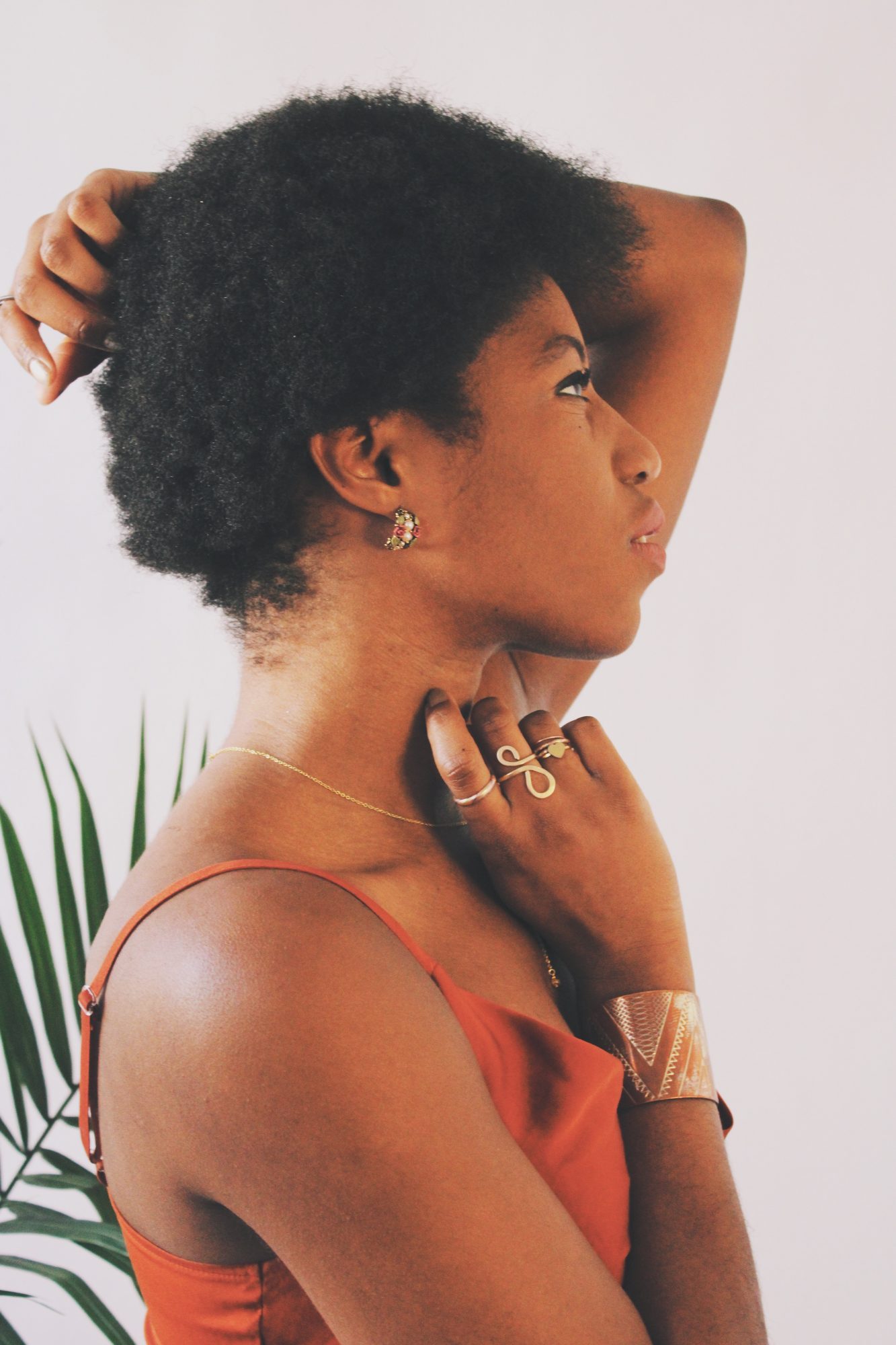 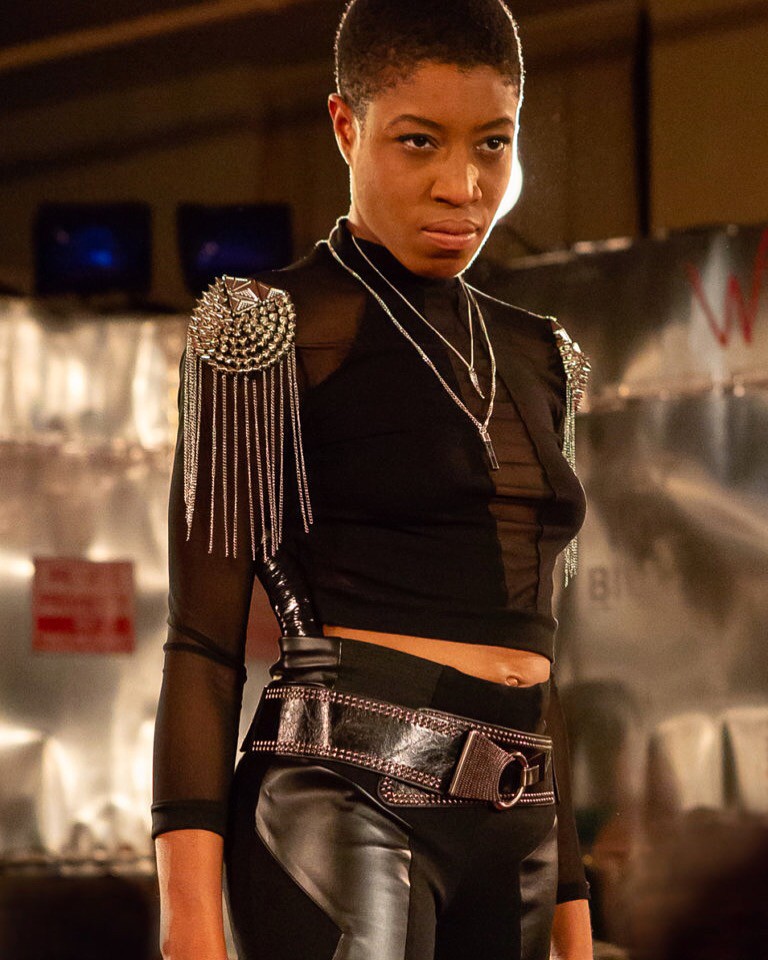 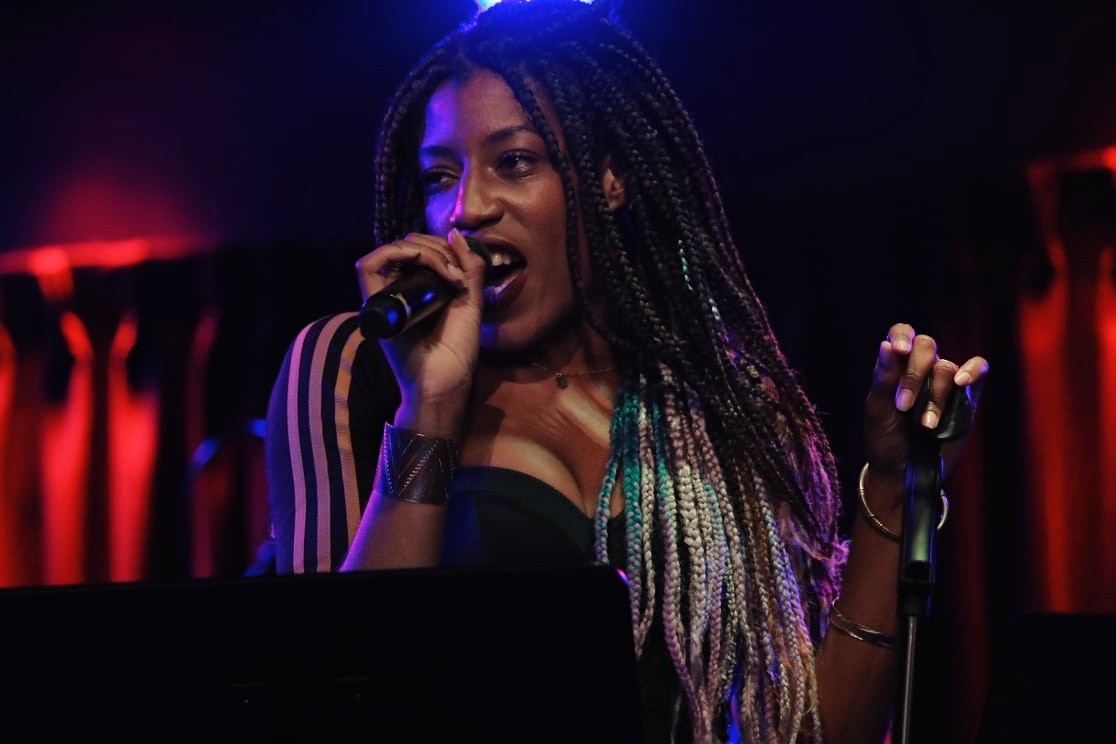