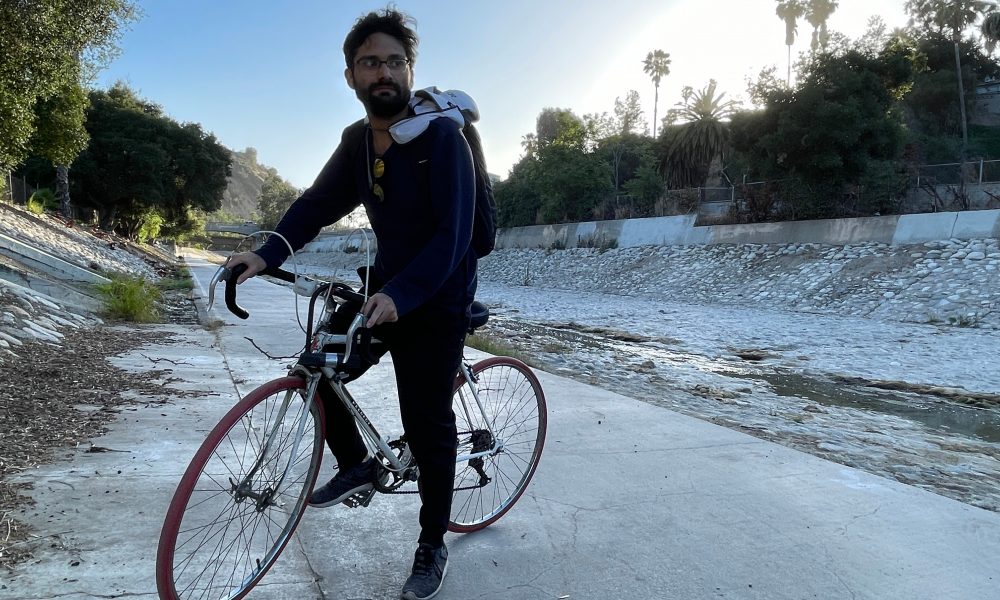 Today we’d like to introduce you to Stephen Scott Day.

Hi Stephen, we’d love for you to start by introducing yourself.
Last year when the pandemic was first kicking off and all these film projects were getting shut down or delayed, I like a lot of other people started considering other ways to make a living. And honestly, other ways to stay creatively satisfied. I started working on an animated series that could be produced largely by myself but also I could build a remote team if I needed. But then I got to fiddling with game development and that really took over my life. I started a YouTube channel sharing all my experiences and everything I learned, talking about some of the games I made by that point. I was also taking some online courses for copywriting, thinking I could maybe supplement income by writing copy, something I was already doing unofficially and figured I could take it a little more seriously.

One of the assignments was to write copy for a product I already used and enjoyed in my day to day life, so I chose to write ad copy for the game development tool I was using: PlayMaker. I cold-emailed the company, Hutong, and said “Whenever I want to tell my friends about PlayMaker, I have to do all this explaining, and it becomes so confusing and messy. I wish I could just send them a 90 second video to sell them on it. What if I make a 90 second promo for PlayMaker, then if you like it you can use it as your official promo video— totally free of charge.” And sure enough they were totally on board with that. So I made the video, they loved it, they said they also loved my YouTube channel and then asked me if I would be interested in being contracted to produce their learning materials. Since then, I’ve been working with them to produce their official video tutorials, designing and programming their example assets, and generally just getting involved with the company and community around PlayMaker. It’s been about a year now, and honestly it just gets better and better. Just last month, I was approached to teach a PlayMaker workshop, which begins next week.

I’m sure you wouldn’t say it’s been obstacle free, but so far would you say the journey have been a fairly smooth road?
The blessing and curse of being an indie game dev is the solitude and self-reliance. On one hand, it’s really great to not have to rely on a bunch of other people to realize your project. That was such a stark contrast to film production, where having a huge team of people involved is an inherent quality. Even when I made the smallest of productions, if it was just me and a couple of actors, that’s still two other people I have to coordinate with! That’s three lives, three schedules that need to conform together to get the thing done. I can’t wake up in the middle of the night feeling inspired, turn on the camera, pull a couple of actors out of my pocket and force them to act then and there. But with games, I can start building then and there if I want to. Games can be just as collaborative of a medium, and I’ve enjoyed that as well. It’s just that doing the solo thing requires less jumping through hoops or strange workarounds, the medium doesn’t have collaboration baked in quite as stubbornly as film does. The flip side to this though is that I end up spending so much time alone, wishing I had a team to bounce stuff off of.

And because I’m still new to the scene, I haven’t found my collaborators just yet. Sonny Wong has made the original soundtrack for a few of my games, Cameron Combe created some of the sound FX for one, but for the most part I’ve been a one-man-band for my games. I’ve managed to feel that loneliness a little less by having an active and growing community through my YouTube channel, an awesomely supportive bunch of game devs and enthusiasts. I do streams where I just work on my game— my current project, “Memories of a Spy”— and people pop in to hang out and chat. People from all around the world come in very regularly, and I’ve made some awesome friends this way. I don’t always stream when I work on my game, but the times I’m feeling a little too isolated but still stoked to keep working are the times going live is perfect for.

Thanks for sharing that. So, maybe next you can tell us a bit more about your work?
It’s only been a year of being a game dev, so it’s hard to say for sure, but I think my specialty is leaning toward AI. That’s not like hard AI, the kinda stuff Google or Boston Dynamics are doing. What I’m doing is soft AI, which is more about creating the illusion of intelligence. Maybe instead of calling it Artificial Intelligence, I can call what I do Illusion of Intelligence “ii”. AI in games often does come down to more of an impression that someone gets and less so of actually making smart computer characters. For example, giving a computer character eyes which follow the player will give the player a strong impression of intelligence, even if the eyes moving is entirely cosmetic and lends nothing to the functionality or intelligence of that computer character. I’m doing things that are much more complicated than that but you get the idea. An example of something that I made recently was a computer character that will follow the player at a distance, as not to be detected by the player.

And if they do get too close the player, say after following them into a building, they will stop following them for a moment until the player is out of sight again. This computer character will also photograph the player if the player is caught doing shady business, and the computer character will even adjust their cameras focal length depending on the distance to their subject— so if you see the photos later, photos taken from afar will be shot with a telephoto lens, and photos taken up close will be shot on a wider lens. This gives you the impression that the computer character is a living thing that has autonomy, a person making their own decisions and adjusting to the situation. I’m very proud of this soft intelligence I’ve endowed my NPC’s with, it makes me laugh out loud and really there are few feelings that match it. Breathing life into things is a profound experience.

What matters most to you? Why?
It’s really important to me that the games I make provide people with unique and memorable experiences which rival the experiences they have outside of playing games. I want my games to be a way in which the people playing them can make real choices, choices informed by their emotions. I want them to have the freedom of choice and do nothing to guide their decisions, so when they feel they “need” to make a certain decision, it’s on them and they know they could have chosen some other way. I really enjoy games which don’t have any explicit “win state”, or at least not a single way to win. Games which let the player decide what winning means to them. I think a simple way to look at this is like a Rorschach test, you know an ink lot test. Open for interpretation and reflective of the person playing. 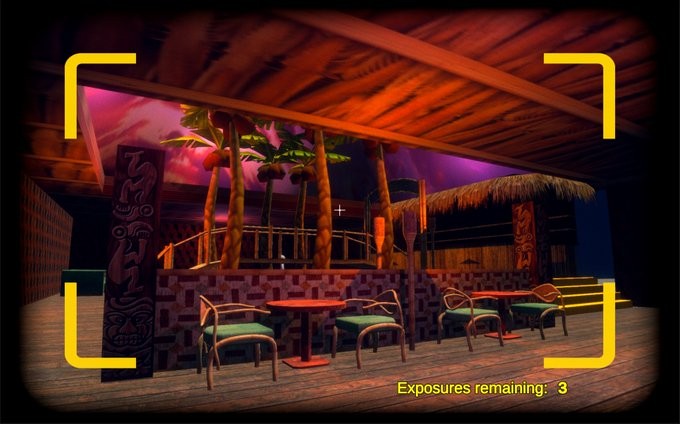 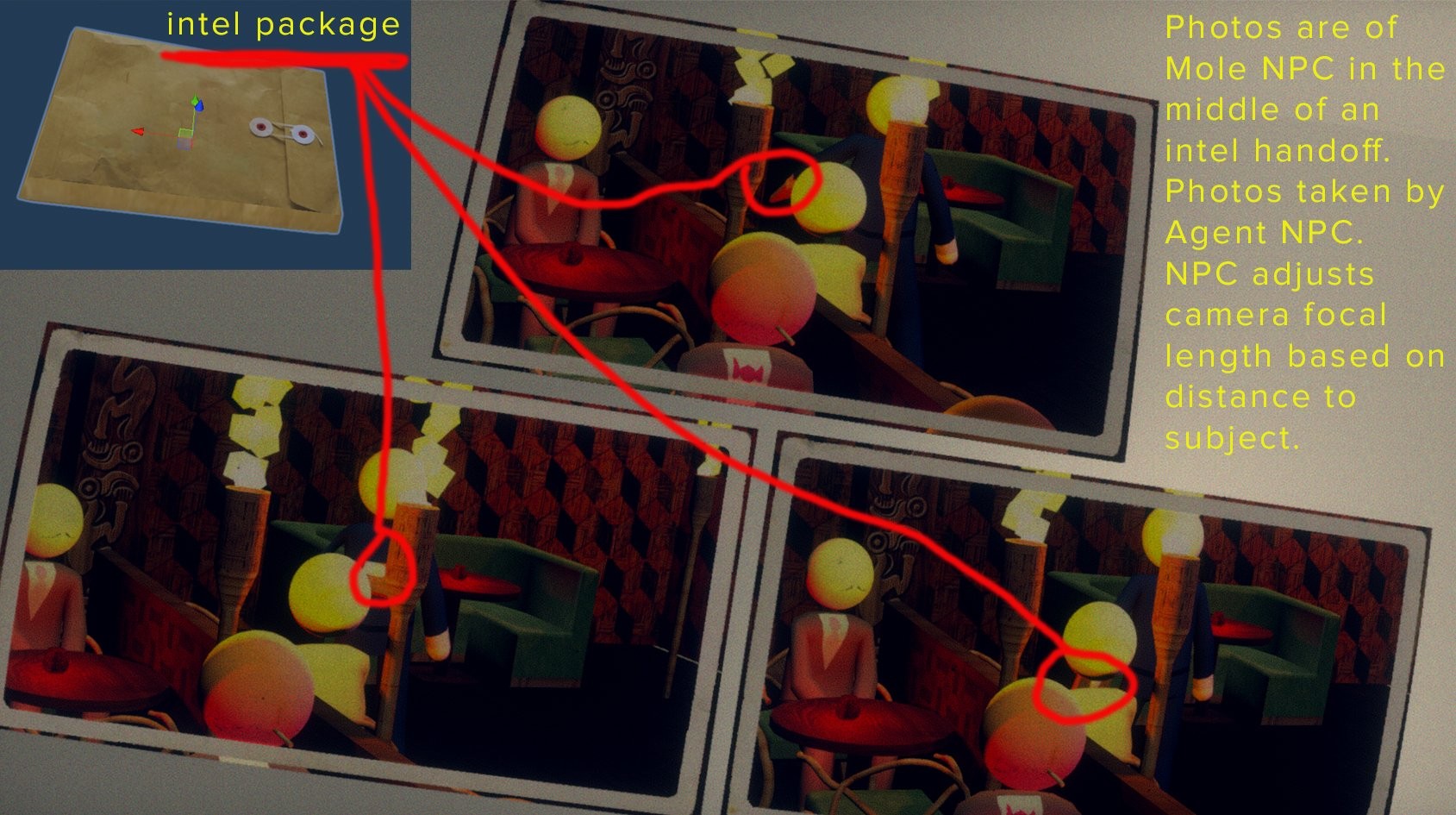 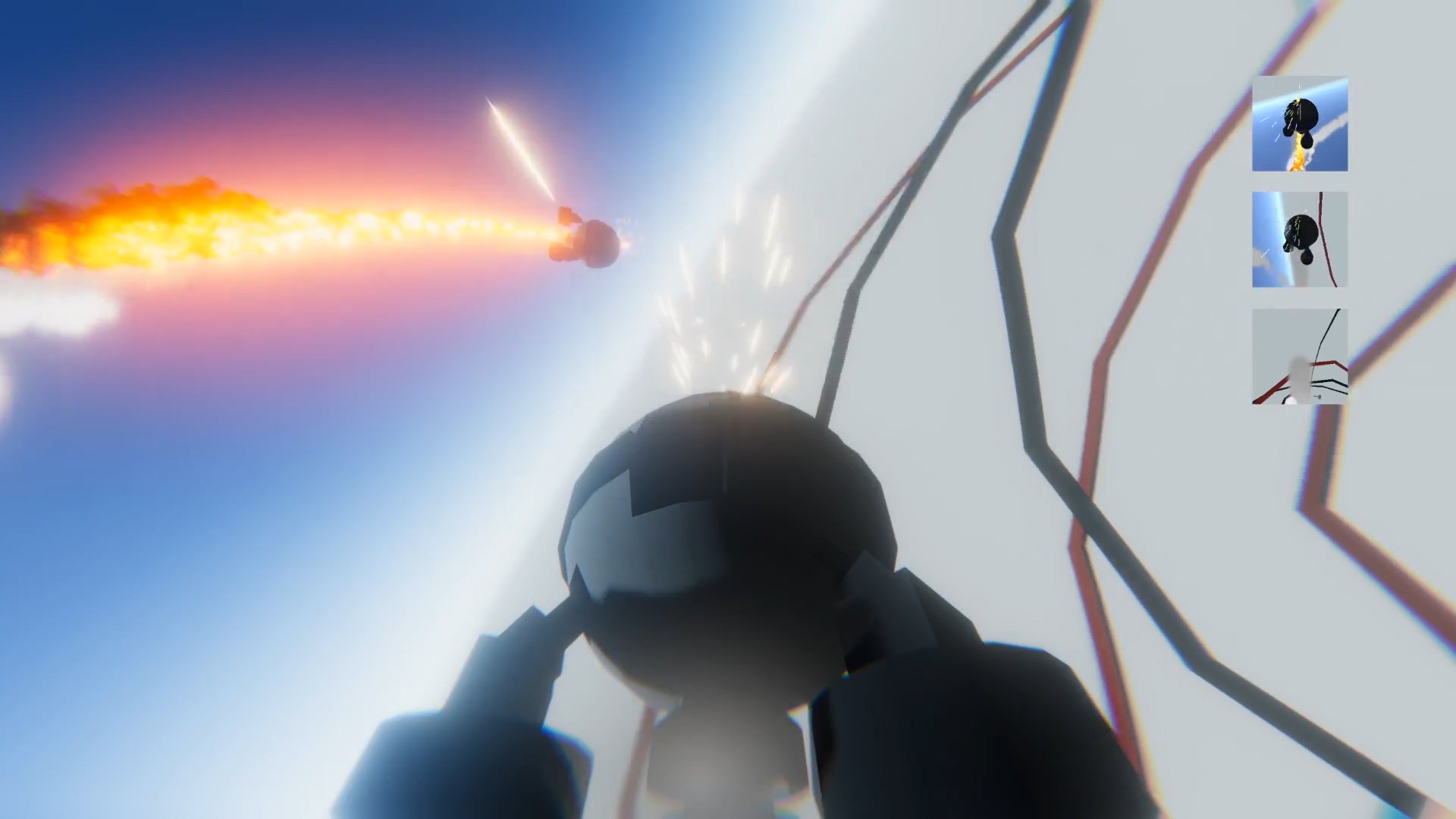 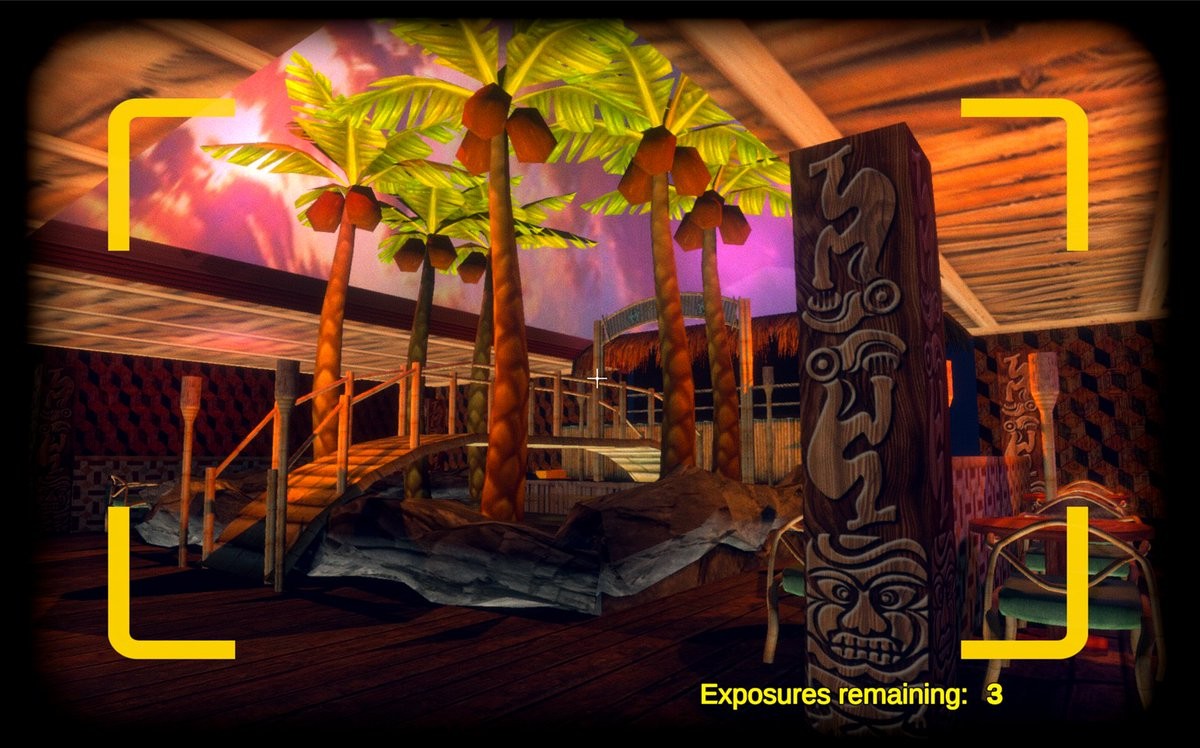 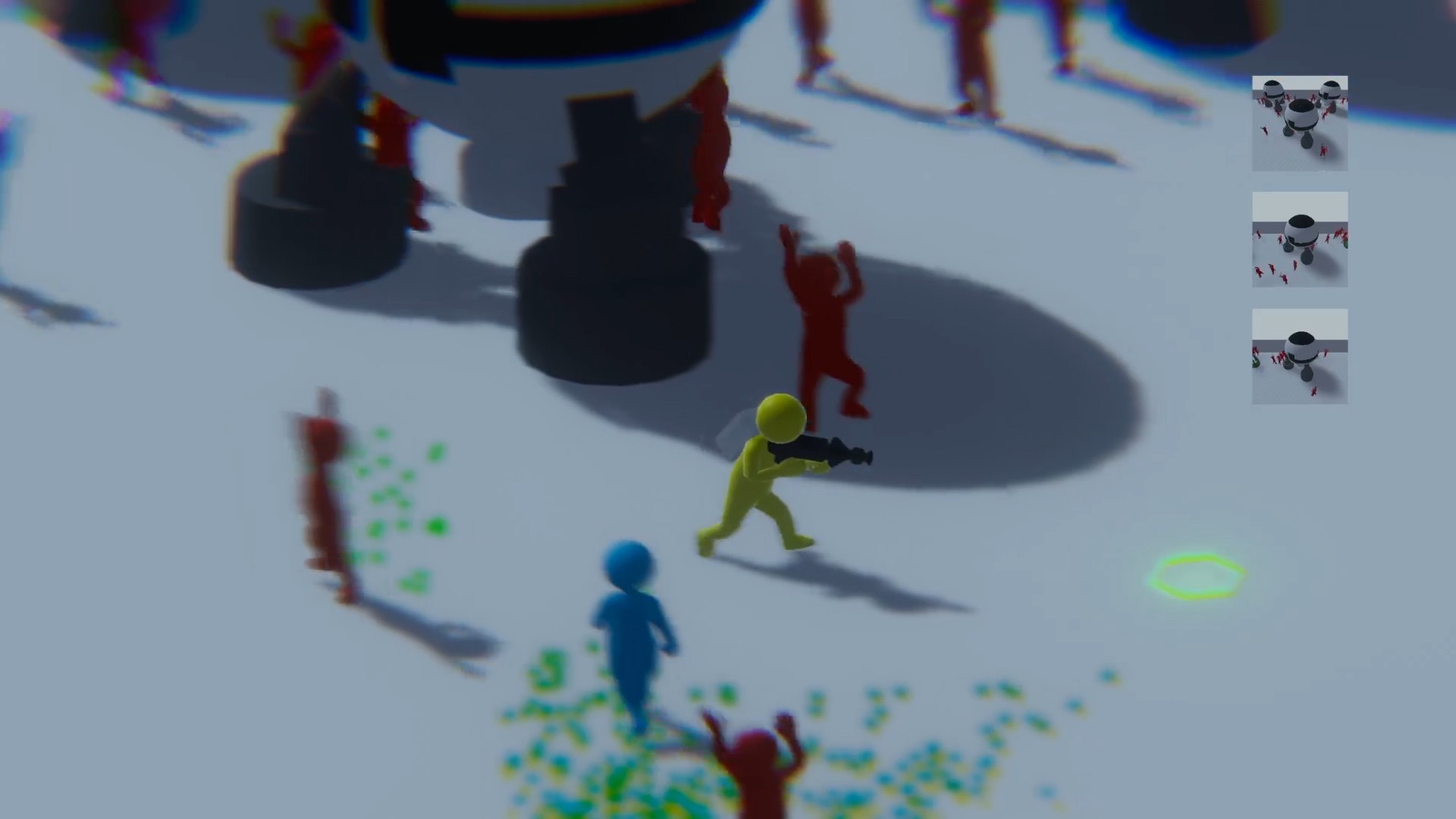 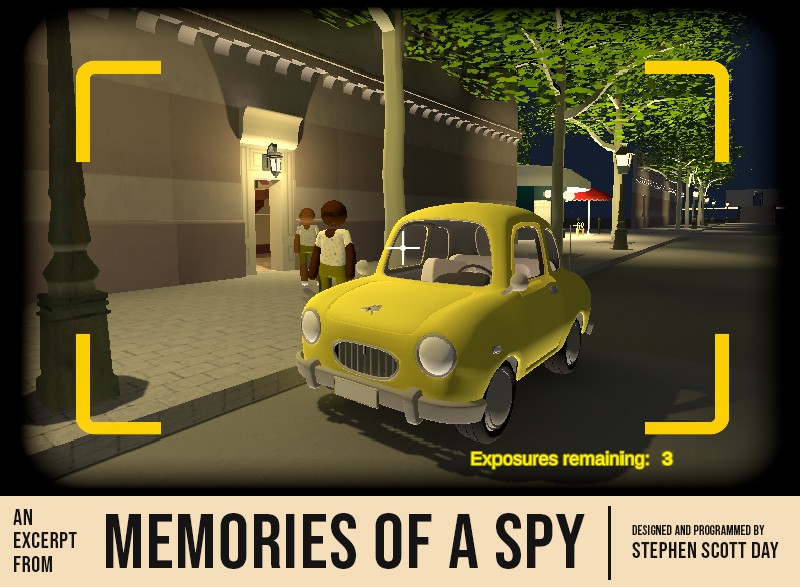 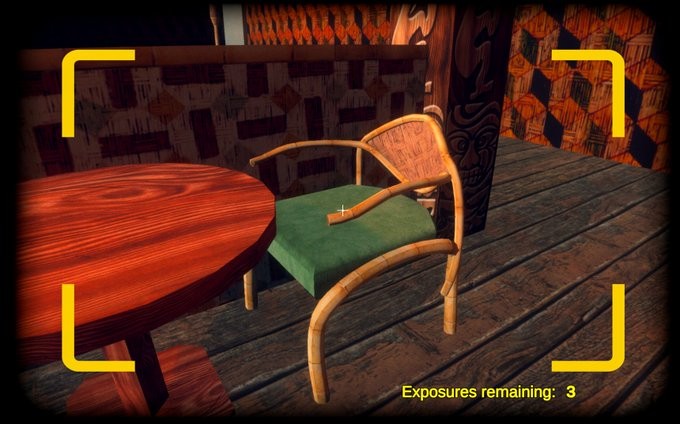 Image Credits
Sonny Wong took the photo of me on my bike.