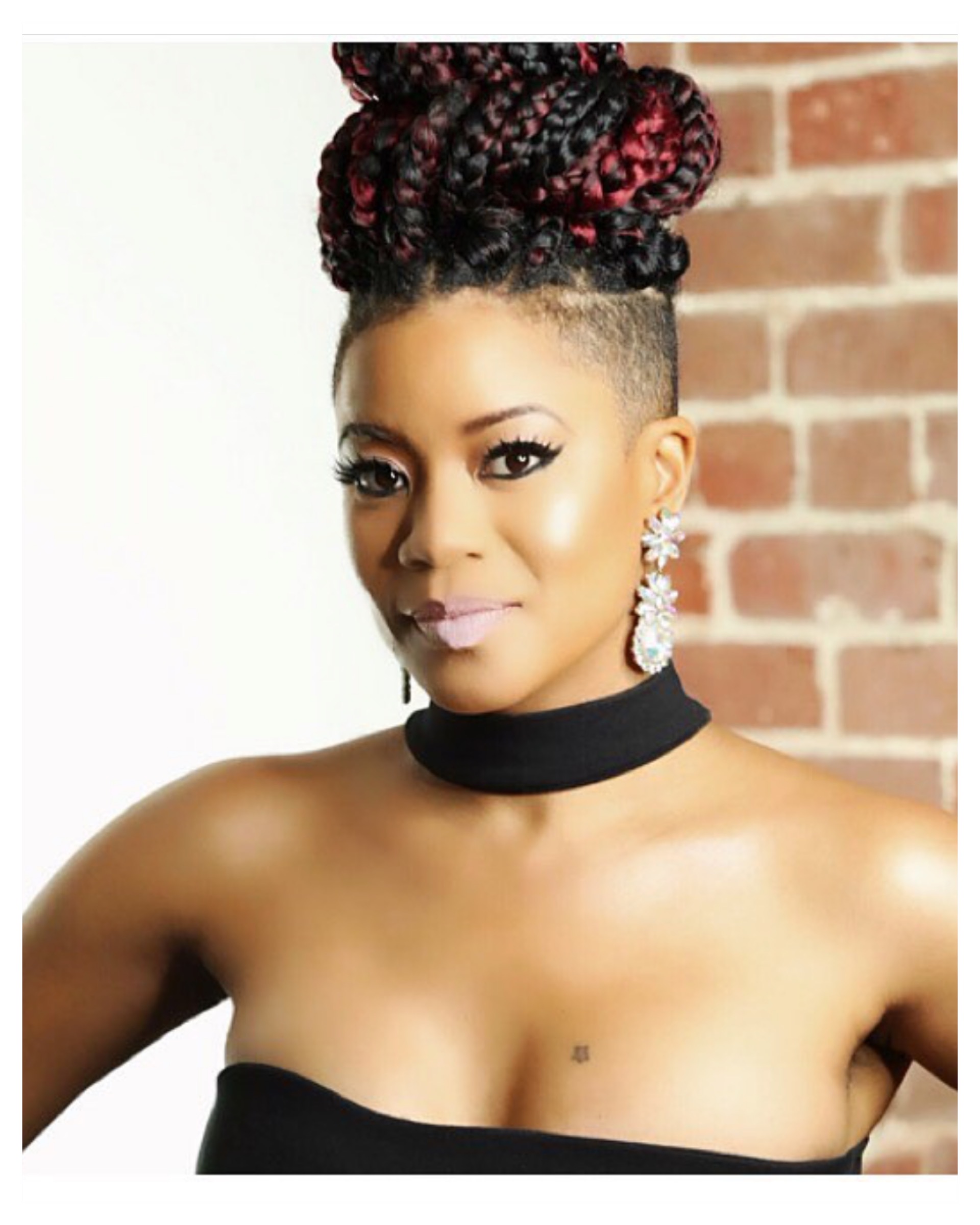 Today we’d like to introduce you to Shire’ Burgess.

Hi Shire’, we’re thrilled to have a chance to learn your story today. So, before we get into specifics, maybe you can briefly walk us through how you got to where you are today?
I began my professional music career straight out of high school by becoming the lead singer to SisQo’s all-girl group LovHer, which was the first female group to ever sign with the legendary hip-hop label Def Jam Records. My stage name for the group was “Chinky”. Our group had some moderate success with the release of a few singles, like “How’s It Gonna Be” which landed on the block buster movie Rush Hour 2 Soundtrack. I had a guest acting appearance on the television series “Soul Food” with my girl group Lovher and television Performances on BET, MTV, TRL, Soul Train, BET Black College Tour and the Lady of Soul Awards. Our girl group never officially released an album and eventually broke up. I was able to be a featured artist on Sisqo’s song “Dream”, Method Man’s song “Tease” and my good friend, the legendary hip-hop artist DMX’s song “My Life” from the Grand Champ Album. After the break-up of Lovher, I took a brief hiatus from the music industry and returned to my love of acting and began performing in local plays. Unsure what the future would hold I remained committed to my gift. I flew to Los Angeles, CA and took an eight week acting course taught by the infamous acting coach, Margie Haber. Shortly thereafter I returned to the music industry and signed a solo Record Deal with Steve Rifkind under his now defunct label SRC/Universal Motown. I changed my stage name to my middle name Shire’ (sha-Ray). Unfortunately my project was never released because of budget cuts and the label eventually folding in 2012. I remained driven, never letting any obstacles discourage my faith or passion to be successful in the entertainment industry.
After losing my mom in 2012 I decided I had to keep pushing and continue to do what made my mother proud. I decided to revamp my approach to the music business and merge with the tv & film industry. I became a singer and songwriter for tv & film. It is the perfect blend of my love for acting and my musical gift. In 2014 I released the anthem song to the BET original movie “Gun Hill” starring Larenz Tate called “Cold World” featuring Rap Artist “Maino” which debuted on BET.Com. http://www.bet.com/video/gun-hill/2014/exclusives/singer-shire-makes-cold-anthem-for-the-film-gun-hill.html

I also did the sound track for the movie “Illicit”, starring David Ramsey, Vivica A Fox and Dean Cain, in which I wrote and performed 10 songs and received my first credit as an Assistant Music Supervisor. Illicit was released to independent theaters in October, 2016. http://www.imdb.com/title/tt5152606/?ref_=nm_flmg_dr_1

In 2017 I was hired by Fox Television as a singer/songwriter for original music for the groundbreaking television series, “Shots Fired” starring Sanaa Lathan, Helen Hunt and Richard Dreyfuss. In 2019 I landed several TV placements including the song “Know Our Name” in the BET Drama  “Family Business”, and 2 more songs, “Woman Up”and “We’ll Get Through It” which appeared in Episode 4 of the hit show “David Makes Man” on OWN TV executive produced by Oprah Winfrey and Michael B Jordan.

My most recent accomplishment was becoming the Music Supervisor for a new TV Series called “Pump” starring Ray J, Michael Jai White, McKinley Freeman and Jennifer Freeman. I also wrote and sang on songs for the series as well. Pump aired on the streaming network UrbanFlixTV. (www.urbanflixtv.com).

My goal is to continue my pursuit of becoming a “quadruple threat”, a singer, songwriter, actress and now music supervisor with the help of my team which consist of my manager and partner Charles “CK” King and the super talented Music Producer and Arranger Willie Bailey.

We all face challenges, but looking back would you describe it as a relatively smooth road?
It hasn’t been a smooth road dedicating most of my career to my passion. I have experienced having money, being a signed recording artist, to also losing it all, financial issues, unreleased albums and the untimely death of my mom. But through it all my heart always brought me back to my safe place which is the love for my talents and gifts. All of my experiences have made me the creative professional I am today!

Alright, so let’s switch gears a bit and talk business. What should we know about your work?
I am what you call a “quadruple threat” a singer, songwriter, actress and music supervisor. I am an asset when it comes to working in tv & film because I have the musical ear to hear a good song. I have the songwriting ability to articulate the emotions of the scene and the message that needs to be portrayed. I have the vocal gift to be able to evoke power and feeling as well as the versatility to duplicate other vocal tones depending on preference. I am able to break down a script and deliver the musical essence that is required. I am extremely proud of all it!

If we knew you growing up, how would we have described you?
Growing up I was a natural talent. I was fearless, ambitious and driven at a young age. I would sing, act or try to emulate those that I admired on tv or heard on the radio. I was never afraid to get in front of a crowd and always worked at getting better at my craft. I studied and practiced a lot. All of it has shaped me into the woman I am today. 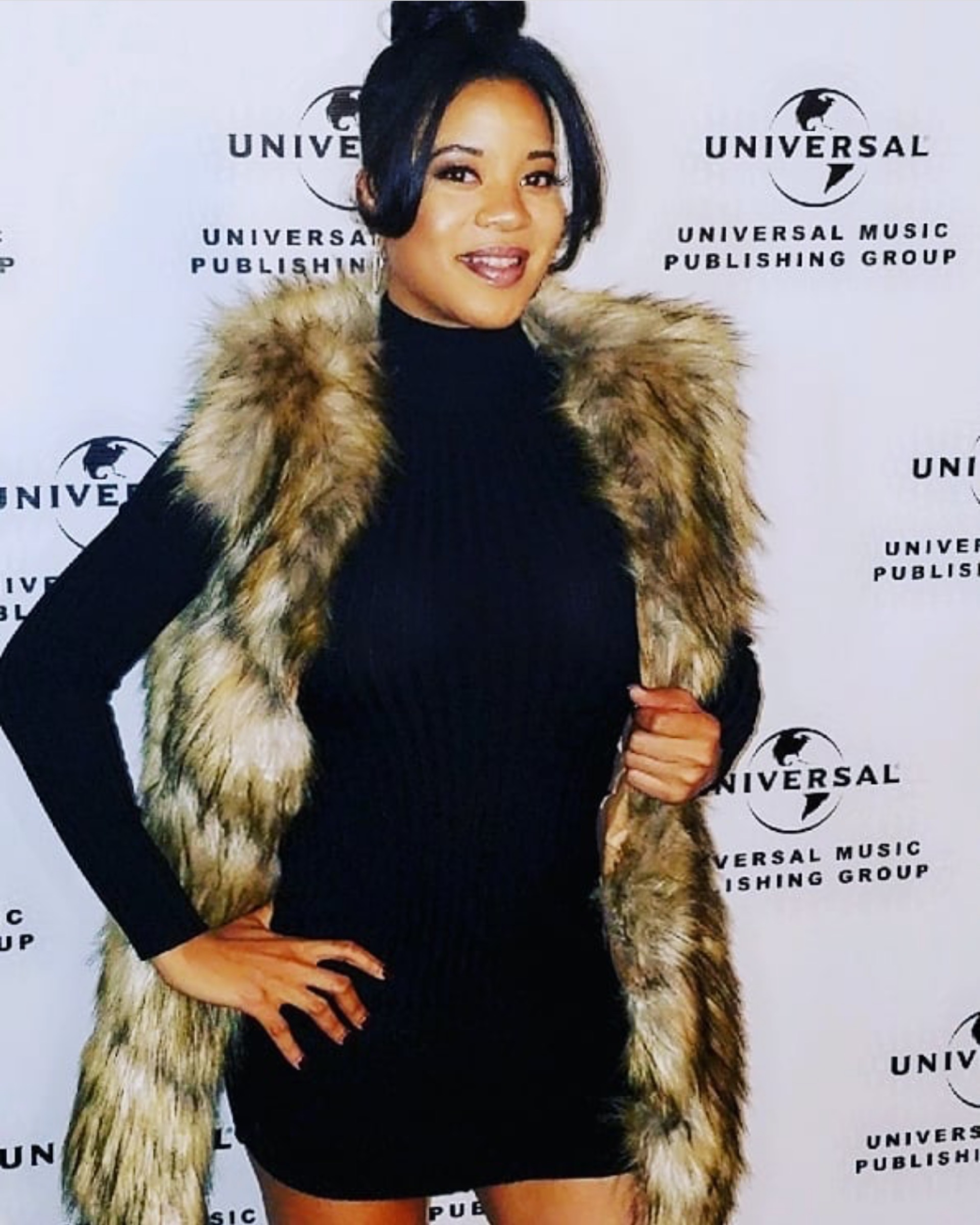 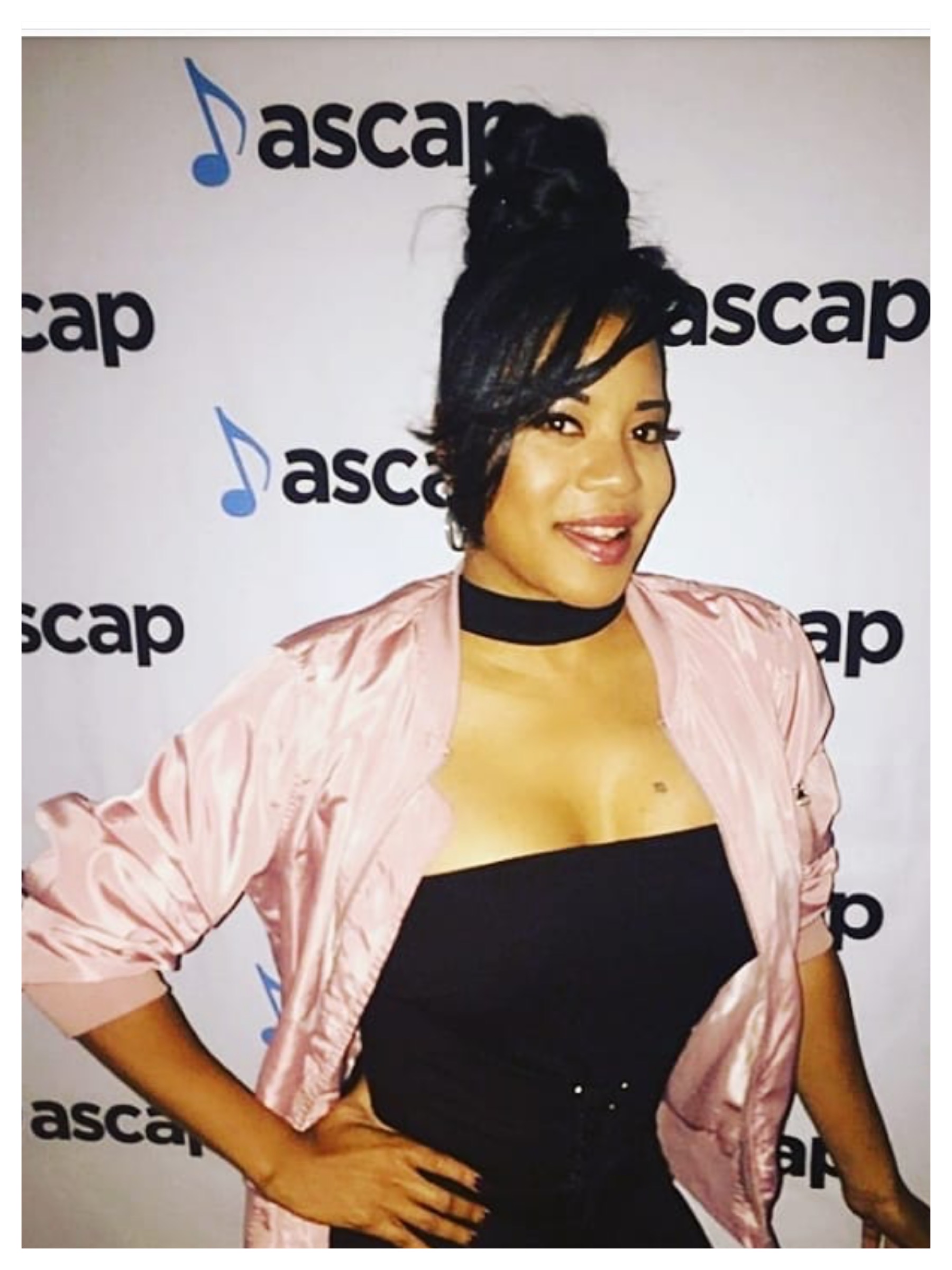 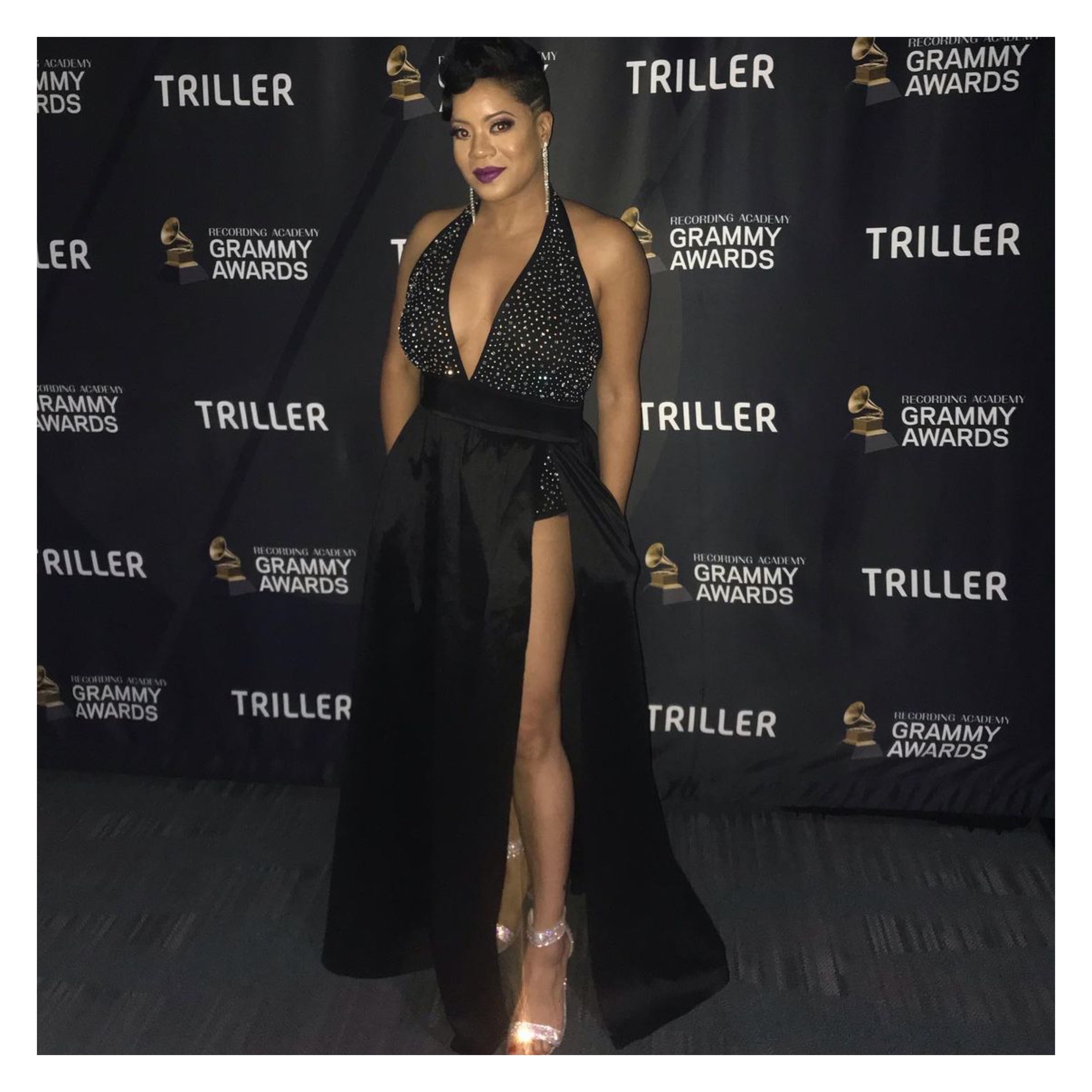 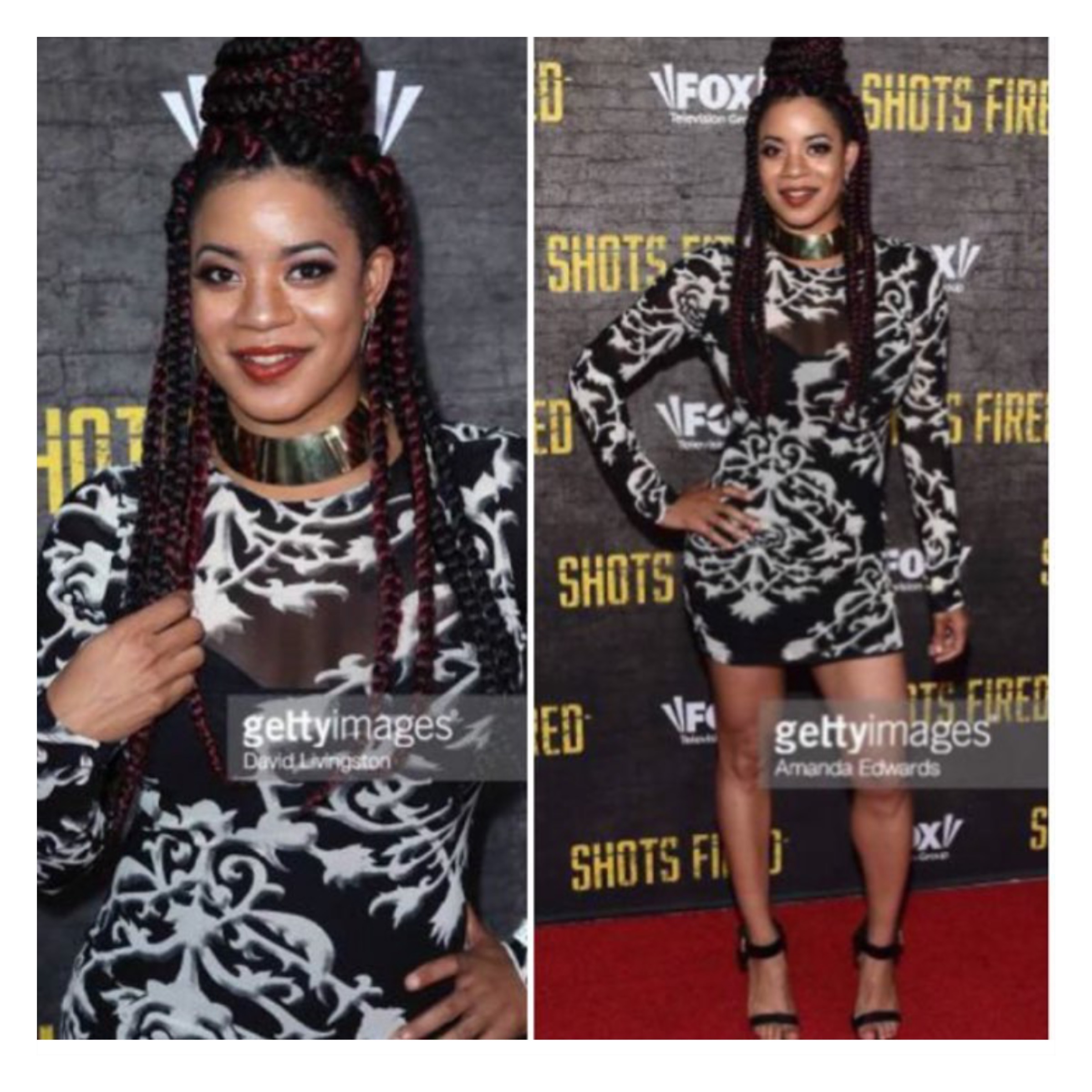 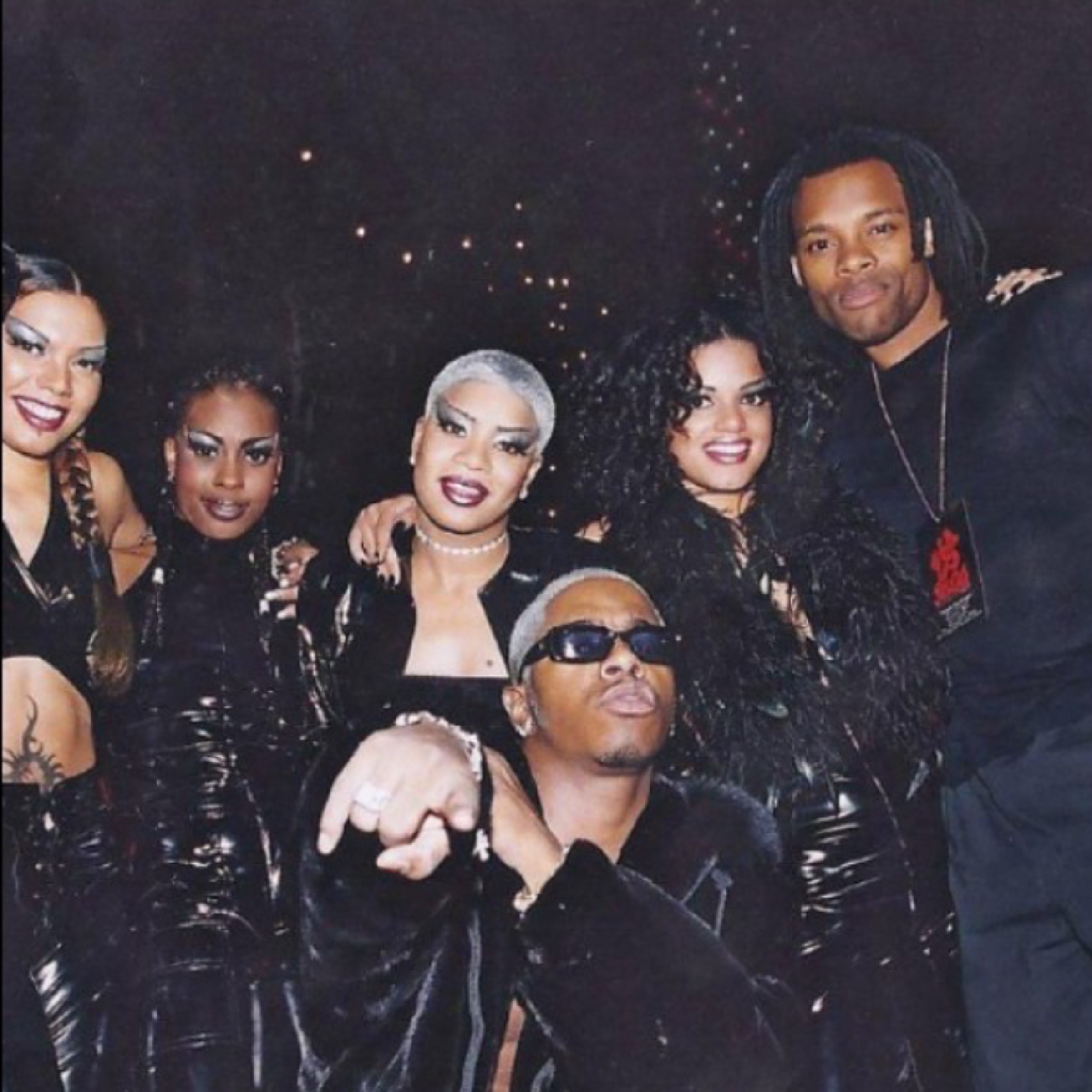 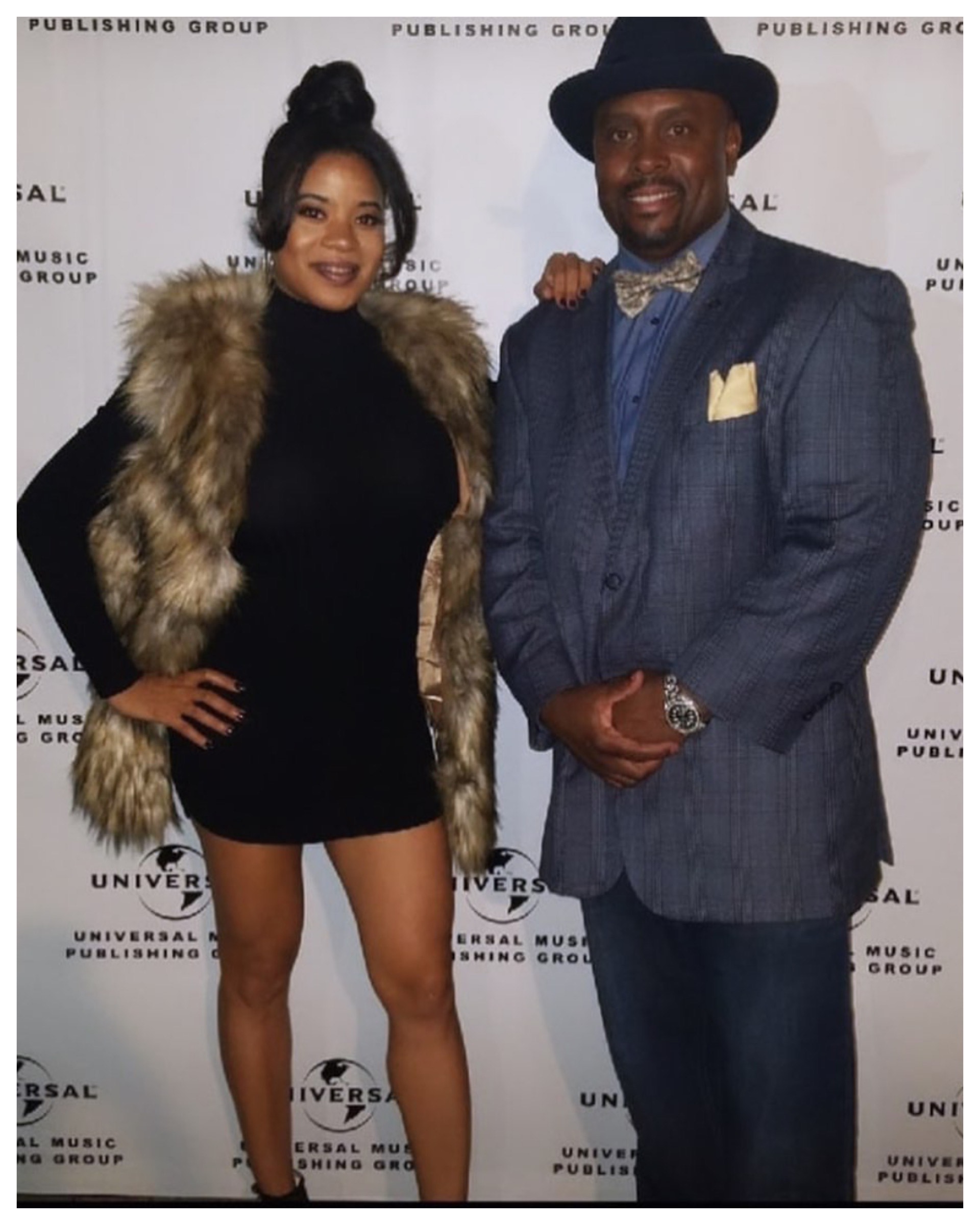 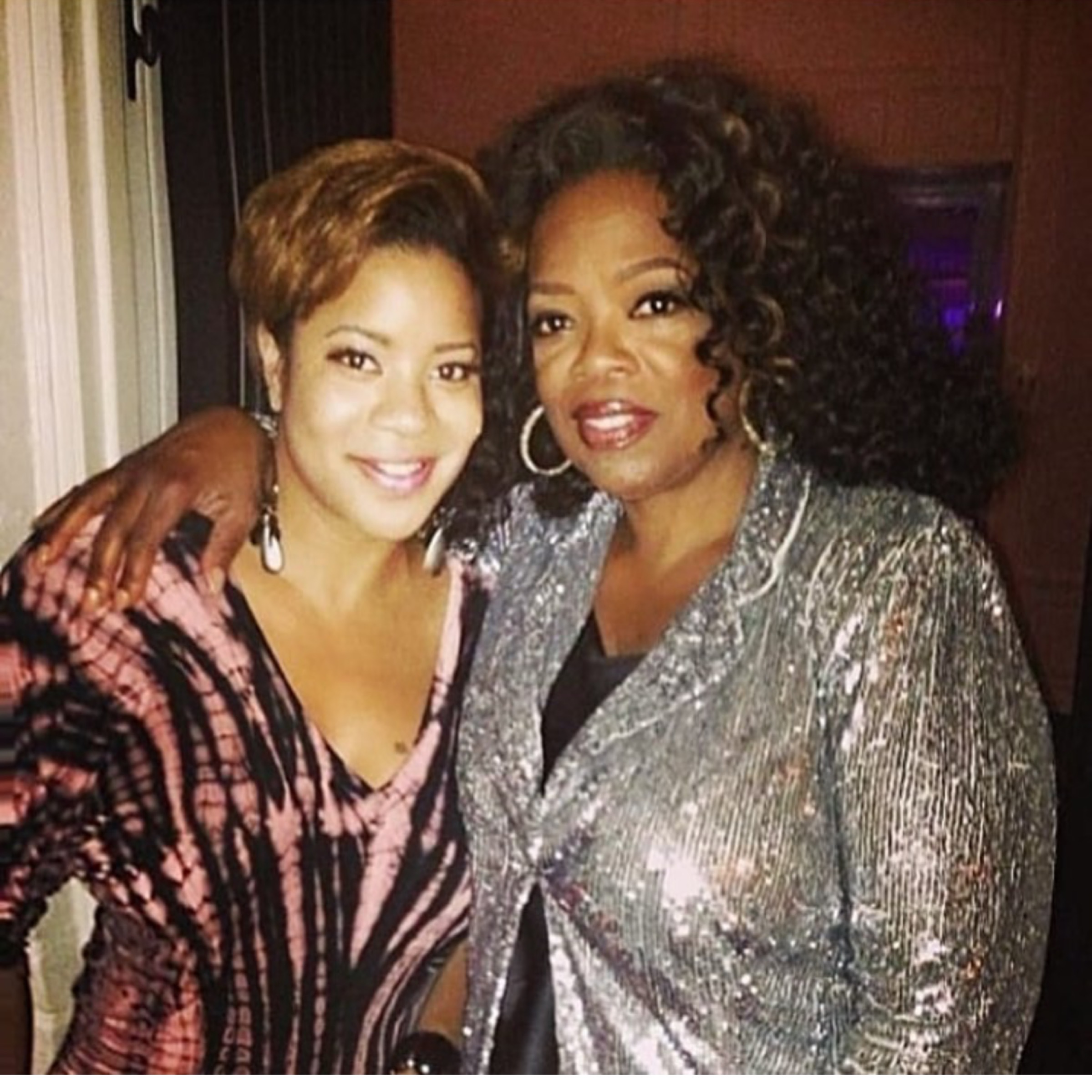 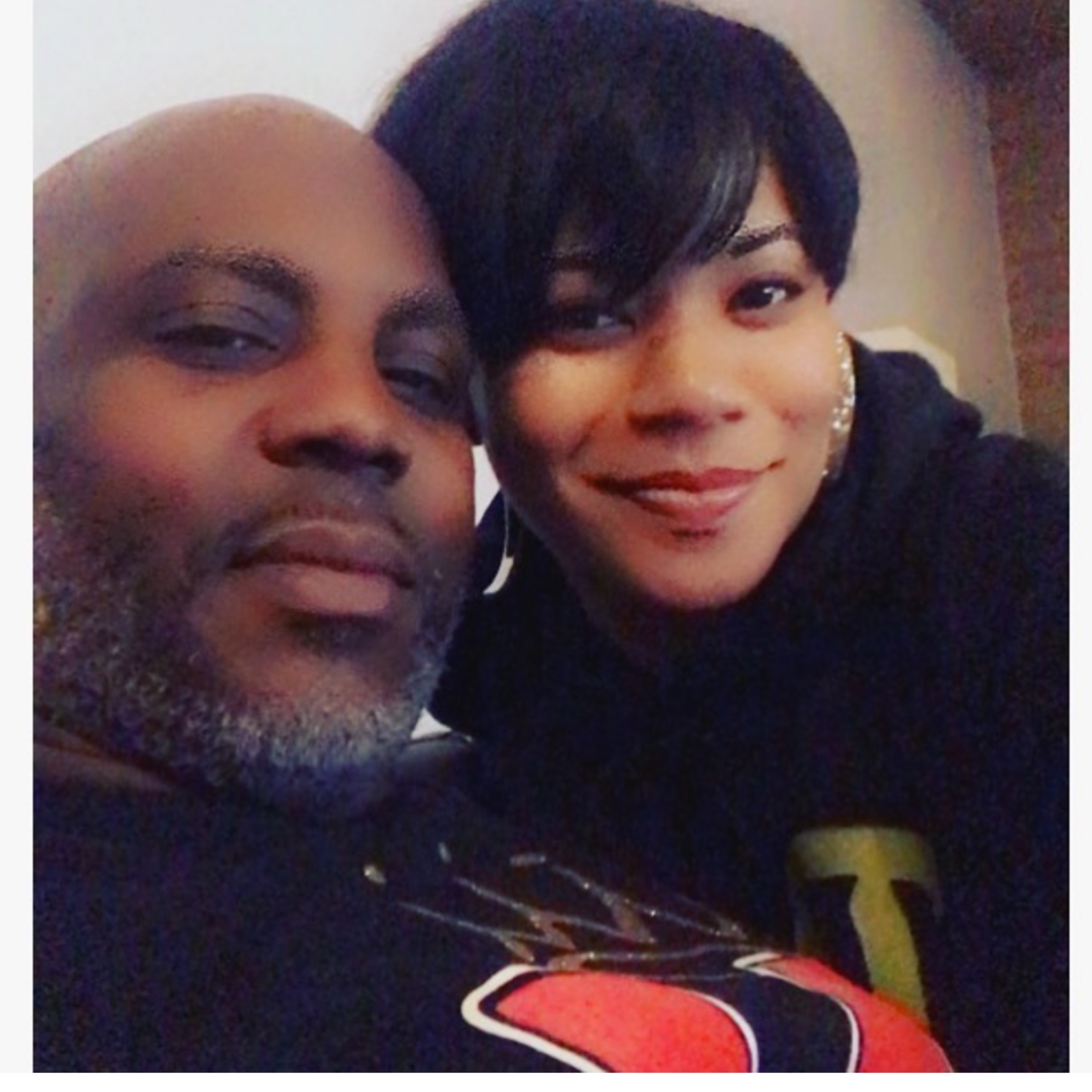 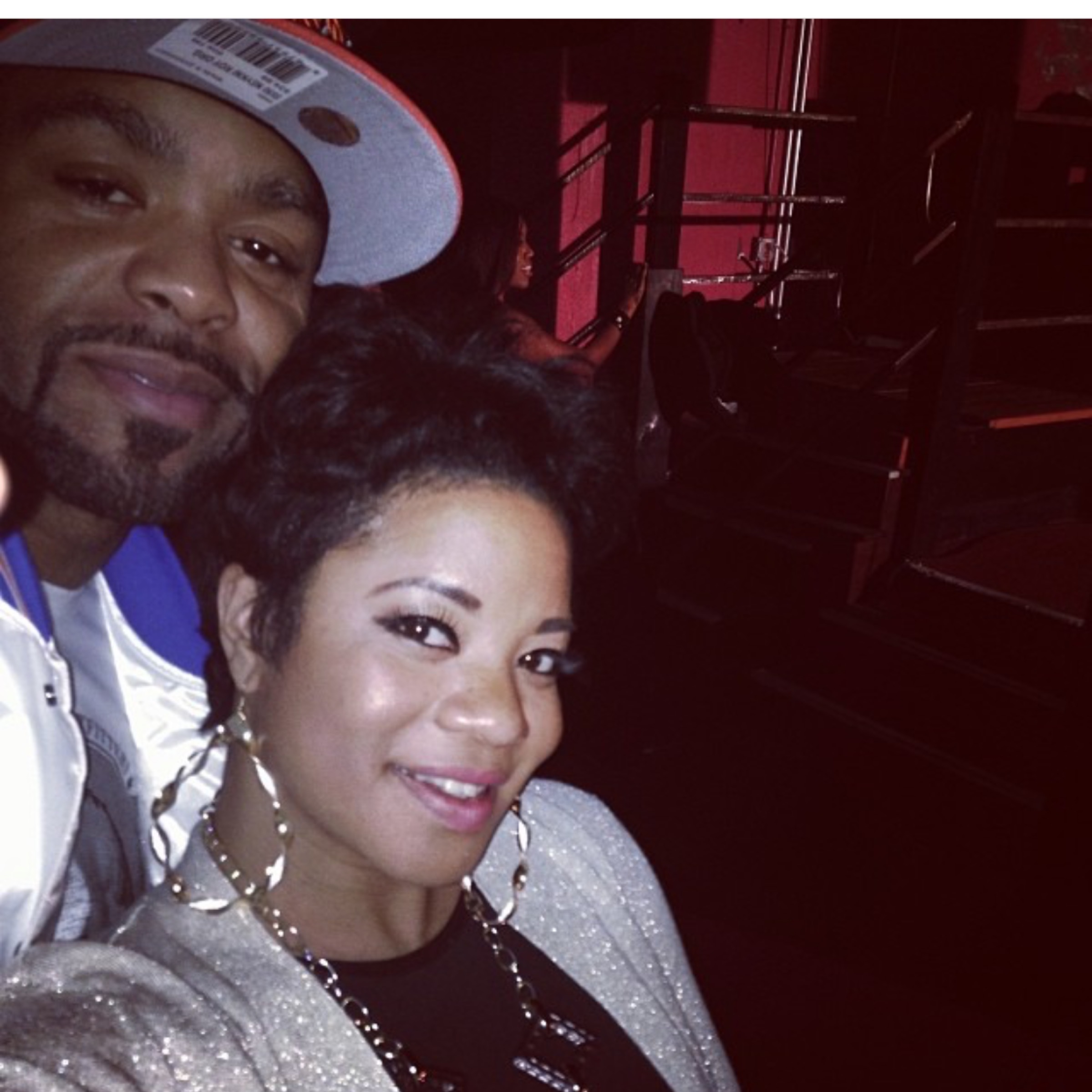