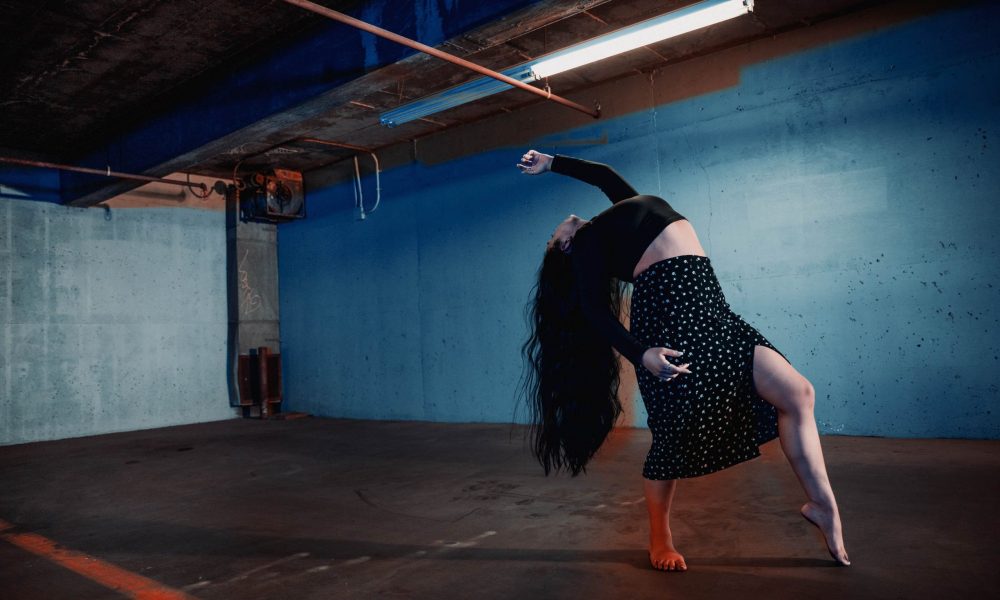 Today we’d like to introduce you to Samantha Selaya.

Hi Samantha, thanks for joining us today. We’d love for you to start by introducing yourself.
Dancing became a part of my life in middle school when I first started taking dance classes. My friend introduced me to dance, and I really fell in love with it, so I was a competition dancer for the next few years until High School came along. I stopped dancing in high school just because it was so expensive, but I still did the dance team. It was during that time that I was also introduced to musicals. I had a friend who said they needed dancers, so I took a whack at it and was cast as dance core for The Addams Family Musical. Now this is where I would say my story truly begins because I had never had a true appreciation for performing as much as I did when I would get up on that stage to not only dance but also become one of the characters. I continued doing the musicals until I graduated. I didn’t realize how badly I wanted performing to be a part of my career until I was in my last semester of high school. I had already been accepted into a nursing school, but at the last minute I decided to audition for a performing arts school. I got accepted into the American Musical and dramatic Academy in Los Angeles California where I majored in dance theater. During the pandemic, I was forced to take most of my classes online, but thankfully I was able to attend their New York campus. It had always been a dream of mine to go to New York, so you can imagine how exhilarating it was to be able to dance and such an amazing City. After that semester I returned to the LA campus where I completed my BFA in February of 2022. Since graduating, I’ve started working, I continue to take outside dance classes, and work on my dance profile. I am just getting started in the industry.

Can you talk to us a bit about the challenges and lessons you’ve learned along the way. Looking back would you say it’s been easy or smooth in retrospect?
The first struggle has to be that I didn’t know dance or the performing arts in general could be a career. I was raised by my grandma who supported me through everything and just wanted the best for me. She always hoped I would go to a good school that would get me a good job so that I could support myself. In January of my senior year, she passed away and that was the hardest thing I had ever gone through. About a month after she passed, I got so scared of missing out on doing what I truly loved, so I secretly applied to a performing arts school. I then got into a car accident. That’s when I finally had the courage to tell my family that I had applied to a dance school. It was just really hard for me to come out and tell them, after hearing for so many years that I need a steady career.

It’s been a struggle honestly. Since covid, I have been working constantly. Juggling work and school can be kind of stressful. My mom always wants to help, but I didn’t want her to worry about my financial situation or for her to feel like she had to pay for things I wanted/needed. Since my school was mostly in the afternoons, I would work super early in the mornings until I had to go to school, which wasn’t ideal for my health. On top of that, I also had ge ned that I needed to accomplish with another school. Thankfully my gen ed classes didn’t require us to meet.

I think the hardest part was dancing from home. I had a super tiny space to dance, so I felt like I was always doing a strong mark. I was dancing on carpet or tile, and I’d rearrange the living room sometimes depending on the style of dance we were doing. My family was also always in my space so sometimes they would be in the camera or try to do a sneaky run across to get to the kitchen. It was quite humorous sometimes. The internet sucked, so there was always a lag, or I couldn’t get into the class. Technology is a blessing and a curse. This is why I decided to go to the NY campus for the spring semester. I really missed being in a classroom.

Thanks – so what else should our readers know about your work and what you’re currently focused on?
I am currently an aspiring performer. When I started school, I originally just wanted to dance. During my training, I was introduced to other performance realms that I didn’t think was ever going to be for me. Now that I have graduated, I want to dip my toe into the many pools of performing that there are. Musical theater dance seems to be my strong suit because of the various characters I can portray. The acting portion is just as important as the dancing which makes dancers a double threat in that sense. I think what sets me apart is my fearlessness and my power. I wasn’t always fearless though. I used to stand in the back and just hope I would get noticed. Now I demand the floor when appropriate and try creating that name for myself. I’ve recently taken classes with teachers I’ve never met and have been personally acknowledged for the hard work I put in class. I’m not in search of people’s validation when I go to class, but it sure puts me at ease knowing that my hard work is shining through. Just being able to take class because I love it, is a gift. Being able to be in a room with other dancers/amazing artists is so invigorating. I’m proud to be in an industry where I get paid to do what I love.

Can you talk to us about how you think about risk?
I am a risk-taker depending on the situation, I suppose. I would say that the biggest risk I’ve taken so far was going to a school for dance. I could’ve easily gone to nursing school and had a steady career. I think going to nursing school would’ve been the easy way out, but I would’ve always wondered what if. While I was looking for schools, I was always checking out the dance teams there as well. It should’ve been obvious to me that I wanted to dance.

On the other hand, I would say I am not the biggest risk-taker. I’m actually a very shy person. I never liked giving speeches in class, I’m not big on taking pictures of myself, I don’t have a large group of friends, etc. I think in life, people see me as the nice, quiet girl. Maybe that’s why I love performing. It’s because I get to play someone other than myself. I have the courage to go on stage and live in a different world where I am confident.

With all that being said, I am someone who lives for adventure. I want to see the world and try new things all the time. I want to put myself in thrilling situations, whether that means dangerous, or strange, or just different in general. I may be quiet, but being adventurous and willing to try new things is how I would describe myself. 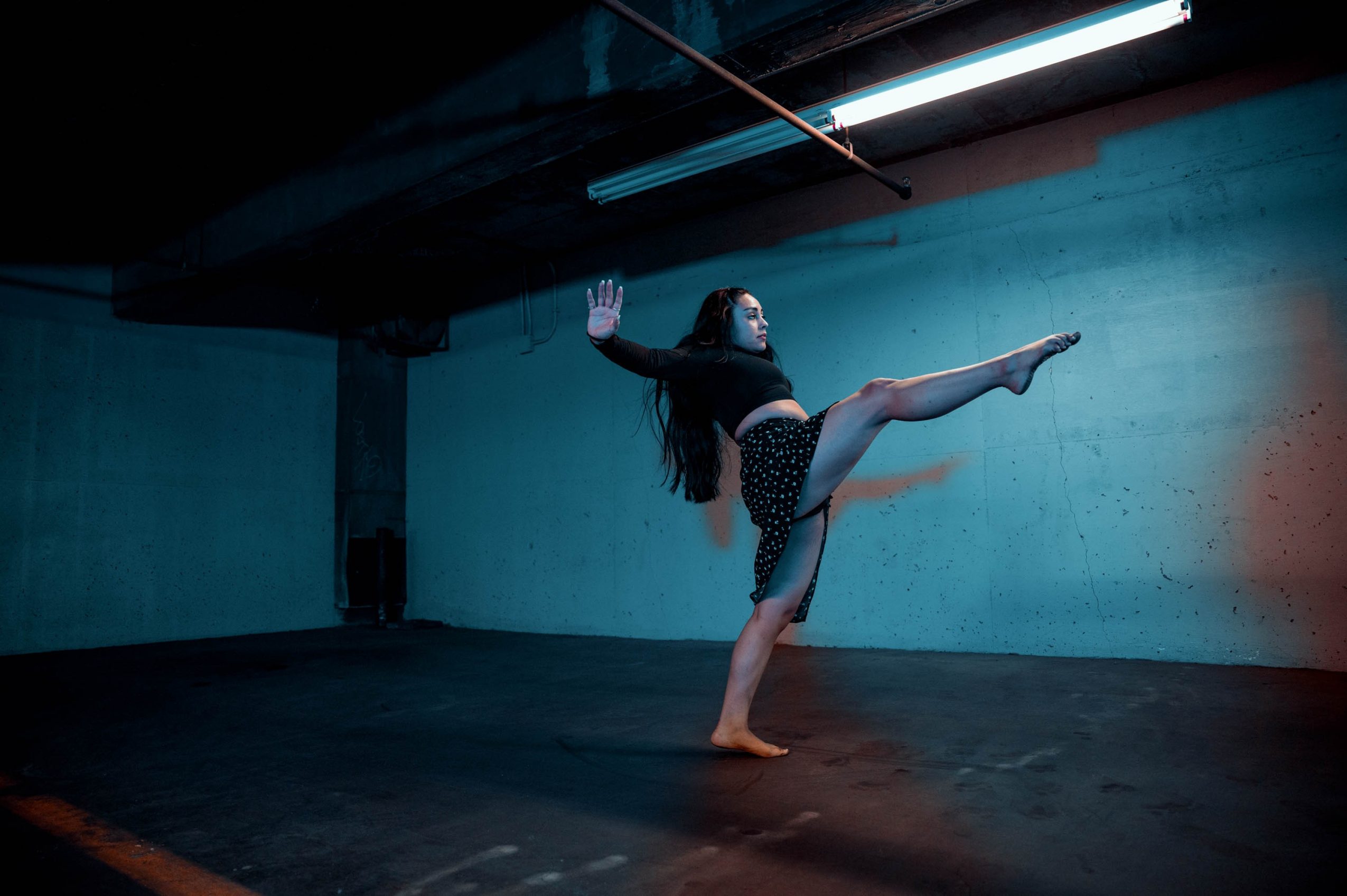 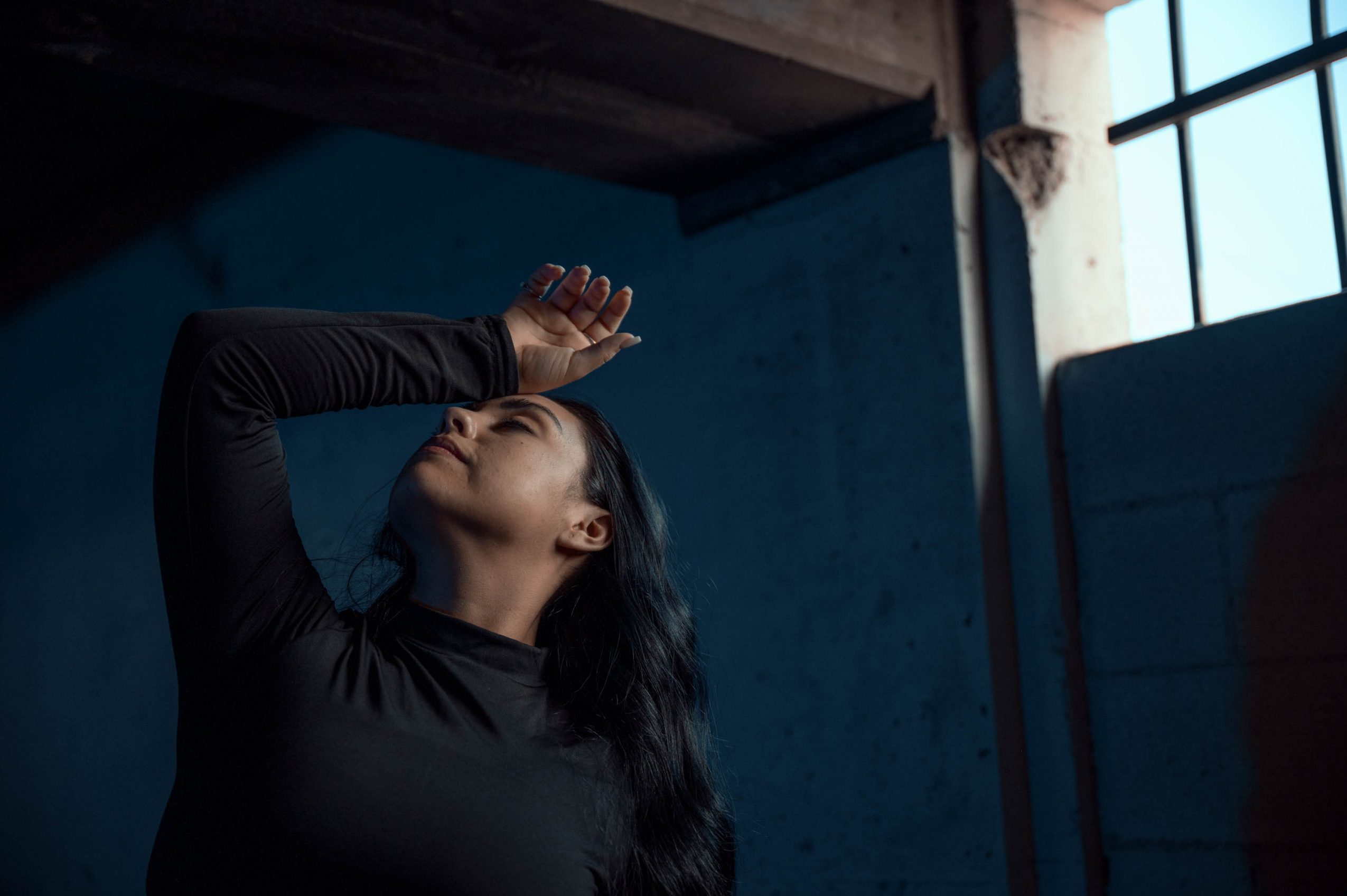 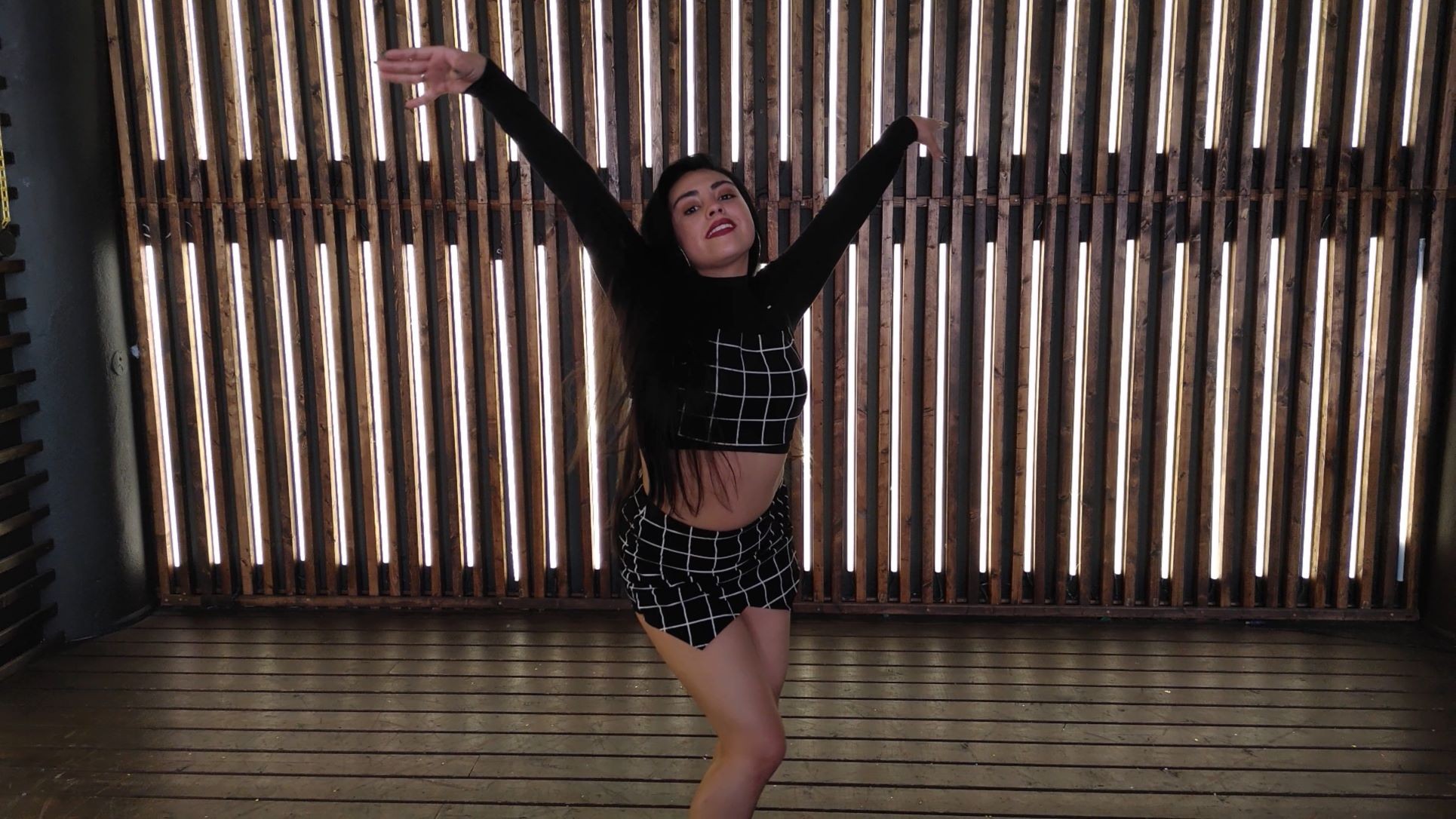 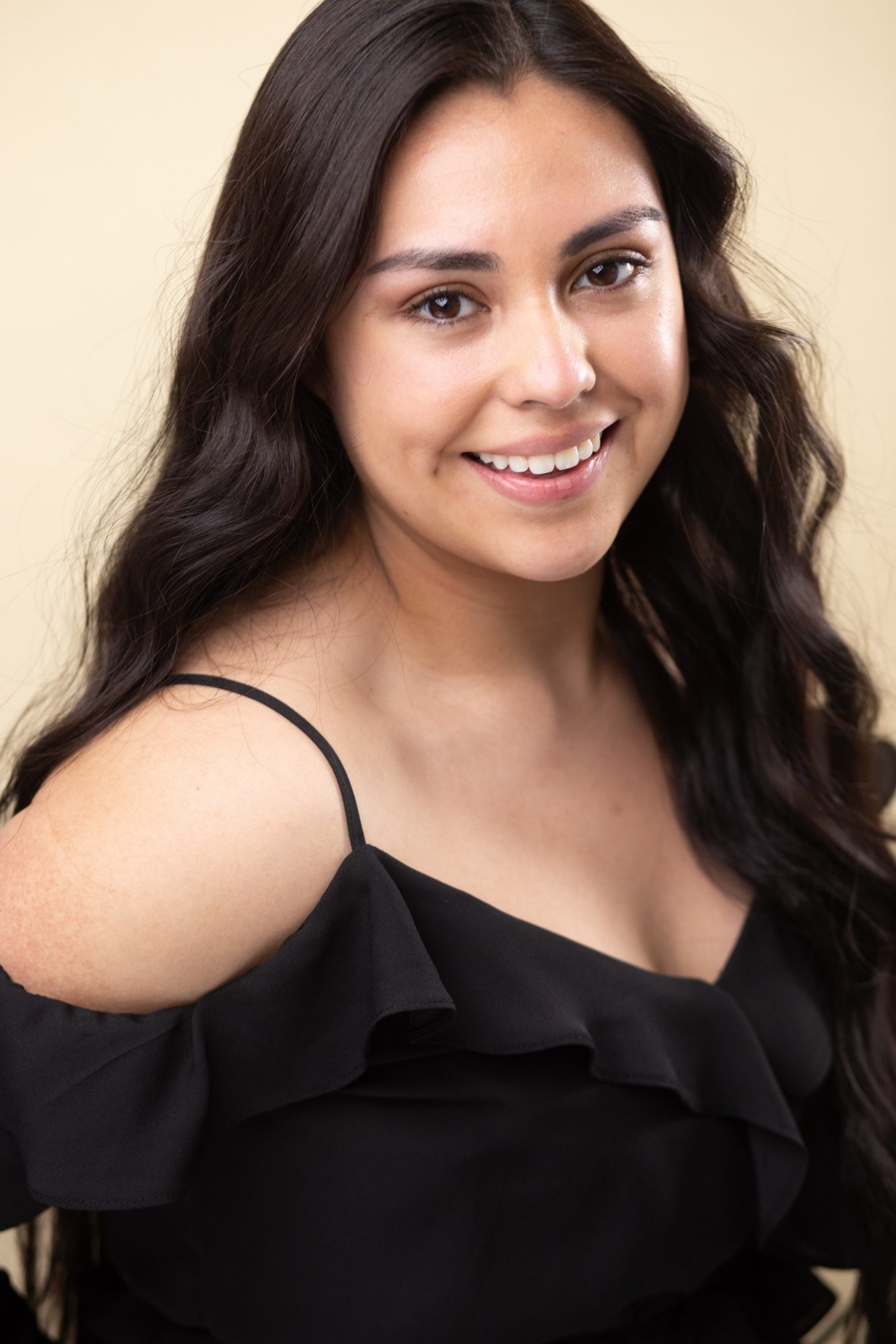