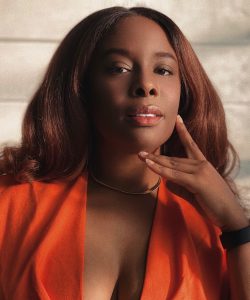 Today we’d like to introduce you to Safiya “Fiyadara” Azaunce.

Hi Safiya “Fiyadara”, please kick things off for us with an introduction to yourself and your story.
I grew up in East Flatbush, Brooklyn. My mother wanted to make sure I was well-rounded as a child. So, that looked like nine years at Alvin Ailey Dance School, learning piano at Mannes College of Music, French at Alliance Française, and a variety of sports and other creative weekend activities. It was these activities that shaped me more than anything else in my life at the time. I felt the most free and the most like myself. After that, life was kinda like a slow, dreadful slide into adulthood, haha. Over time, certain activities faded. The one thing that stayed was storytelling.

I wrote little comic stories while in elementary school and I wrote poetry and little snippets of short stories on the back of church pamphlets. I tried (and failed) to write a book in middle school, then actually wrote one in high school (among a couple of NSFW short stories that got passed around at one point, ha!). But, it wasn’t until the very end of undergrad that I considered it a career path. I worked part-time at the YMCA near my house at the time, and during one shift, I decided to apply to New York Film Academy’s screenwriting MFA program. I needed to know more. I just didn’t feel prepared enough to pursue this career path yet. I was writing scripts on Google Docs. (No shade! We all start from somewhere).

I got in the program and told my mother I was moving to LA to go after my dream. She was practically in denial until I bought my one-way plane ticket. I went on to obtain my MFA, interned at JuVee and Will Packer Productions, and worked at companies like HBO and Netflix. Fast forward to today, I am a Writer’s Assistant for season 2 of the Ms. Pat Show on BET. It’s my first time in a comedy room, so every day, I fight between laughing and taking down notes. My favorite part about the room is how much it feels like a family.

Can you talk to us a bit about the challenges and lessons you’ve learned along the way. Looking back would you say it’s been easy or smooth in retrospect?
There were definitely a handful of bumps on the road. But looking back, I see them as moments of confirmation that I was good at writing and storytelling. I remember in sixth grade, my English teacher had my mom come up to the school because she didn’t believe I created a comic about Animal Farm without any help. The year after that, my seventh grade English teacher called me in under suspicion I plagiarized a book report. She sat me down alone in the room and quizzed me on the words she thought I didn’t know the meaning of. I remember her asking, “What does peculiar mean?” Out loud I fired back, “Peculiar means strange.” In my mind I thought, “…like this conversation we’re having.” it was discouraging.

But, the biggest struggle I had was one within myself. After years of being told my passion wasn’t something that would put food on the table, I eventually cast it aside when it was time to make my first life-shaping decision: What college will I go to, and what will I study? I was excited when I got accepted to most universities that I loved, like Howard. It however didn’t matter when I came home from school one day to find that my mother applied to Penn State on my behalf. I couldn’t really fight back since Howard didn’t make financial sense for my mom. Even then, I was hoping to major in something film-related but ended up majoring in Immunology & Infectious Diseases. Just saying it out loud gives me a tension headache!

One of the hardest parts about that time was that my mother and I went to a large church in Bed Stuy, and during one service, all the teens in the congregation had to stand up in front of the church and say where they were going, and what they were going to study. I remember forcing a smile in front of this congregation that was so proud of me. I felt I had to keep up this facade that this was my dream. But it didn’t last long. After a year, I experienced failure for the first time. I came back home to New York with my tail in between my legs and my 1.28 GPA. I can laugh about it now, but back then, I became a shell of myself. I was embarrassed, lost, and depressed.

It was a scary thought at the time, doing what I felt I was called to do instead of what I was told to do. But, once I realized that following what my mother (or anyone) thought was good for me could still result in failure, I decided to give my dream a go. At the very least, I wanted to succeed or fail on my own. No one experienced that failure or embarrassment with me. So, why go along with the choices of people who will not experience the result? I had to fight my own limiting beliefs as well as the projected anxieties of my concerned mother (even to this day sometimes). And it paid off. I got a BFA in Film Production with a minor in Small Business from Brooklyn College. Both a school and a program of my choice.

Appreciate you sharing that. What else should we know about what you do?
I write for television and film. My intention is to specialize in writing one-hour television dramas, but I am open to where my career takes me. I’ve spent the better part of the last couple of years trying to figure out my voice as a writer, and I continue to learn more every day. While I’m not one to stick to a genre, my writing is usually concept or character-driven and leaning toward the YA audience. I want to connect with my audience and always attempt to do so with authenticity, but in a tongue-in-cheek kind of way that reminds them that they’re still being entertained. My stories usually contain themes of identity and legacy. Naturally, they’re led by POC. My hope is to one day be a good enough writer to create something that positively impacts a generation.

I wouldn’t say that I’m known for anything just yet. I’m still considered a “baby writer”, but I was most recently credited for writing an episode on Allblk’s new scandalous legal drama called “Lace”. It’s about an L.A. lawyer who protects her elite clientele by any means necessary. Sometimes those means bend the ethics and morals of the firm. I was, and still am so grateful for that experience. I originally started off as a Writer’s Assistant. I told the showrunners that I wanted to write for TV, they gave me a chance, and the rest is history. My episode will be available to watch on November 25th.

I think what sets me apart from others is my entrepreneurial spirit. It sounds cool, but for a really long time, it was something I just couldn’t turn off, if I’m to be honest. When I experienced failure after Penn State, my mind kind of shifted into this gear to do what it took to succeed. I realize now this was a coping mechanism. First, I went through a pyramid scheme phase. (If I hit you up back then I’m sorry, I was a gullible teenager, ok). Couple of years later, I started my first clothing line on Shopify. Got tons of verbal support but very little financial success. Two years ago, I launched Favor Financial Services, a virtual tax service. I finally experienced financial success. But, to be just one person keeping up with dozens of clients, running the social media, complying and continuously keeping up to date with federal and state tax law, and trying to excel in my writing career at the same time, was a recipe for burnout. And I burnt out HARD. I absolutely love helping and serving people. But I don’t like taxes like that, so I plan to have someone else running it next year.

I realized if I kept trying to make entrepreneurship work under the pretense that I am not my failures, I would keep failing. That’s why this year, I think I finally hit the nail on the head. I recently launched a company called Screenslay. It’s a virtual pitch deck service. The funniest part about it is that it wasn’t planned. I did pitch decks for myself and others for fun. Then I was encouraged to monetize and expand it. Special thanks to Michelle E. Hardy and my dear friend Steven M. Taylor! I would say this is currently what I’m most proud of. It’s still very, very new, and a team is still being developed. I however want to get to a place where it can serve all the needs of storytellers everywhere.

What was your favorite childhood memory?
It’s really hard to pinpoint one moment, but there was a day that I looked forward to every single year when I was a kid. My family had a tradition that on Brooklyn-Queens Day (June 2nd), we would hop in the car and drive to Bear Mountain. I would lay down in the backseat with my CD rom player, blast my Celine Dion, Brandy, and do that thing where you look out the window and pretend you’re in a movie. I was the main character and you couldn’t tell me anything!

We’d get there, fly kites, play frisbee, climb to the top (mostly them trying to catch up with me, haha) enjoy the view, then return down to eat good food before heading back. I think this is my favorite memory because it was like going on an adventure. I was a little girl facing this big mountain. I didn’t care how big it was, I was going to reach the top and have fun doing it. I climbed rocks, dodged spiders and bugs, sprained my ankle (in the same spot like three years in a row) and wore the scrapes on my knees like badges. It was just a real wholesome day out in nature. You can’t go wrong with that. 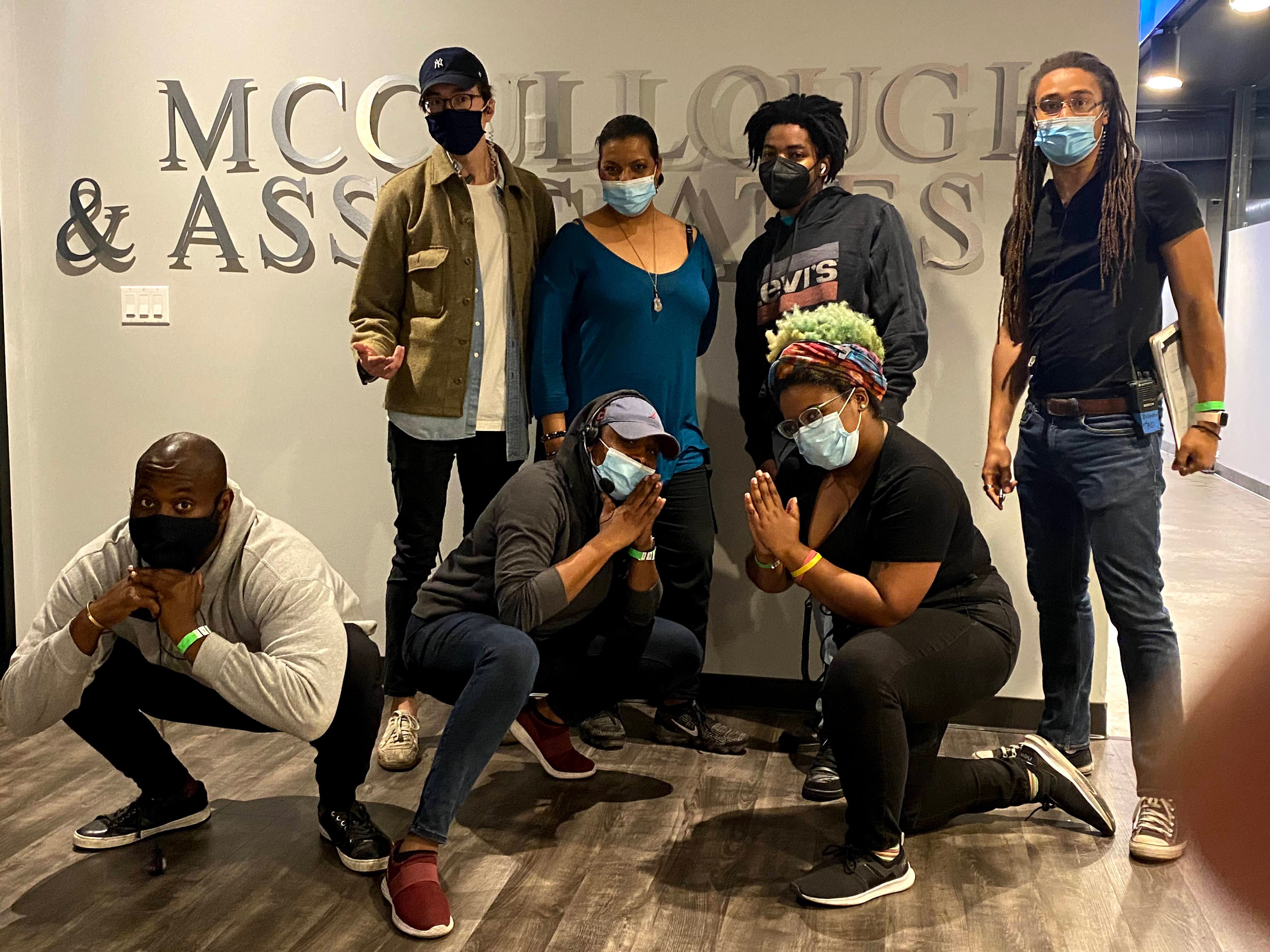 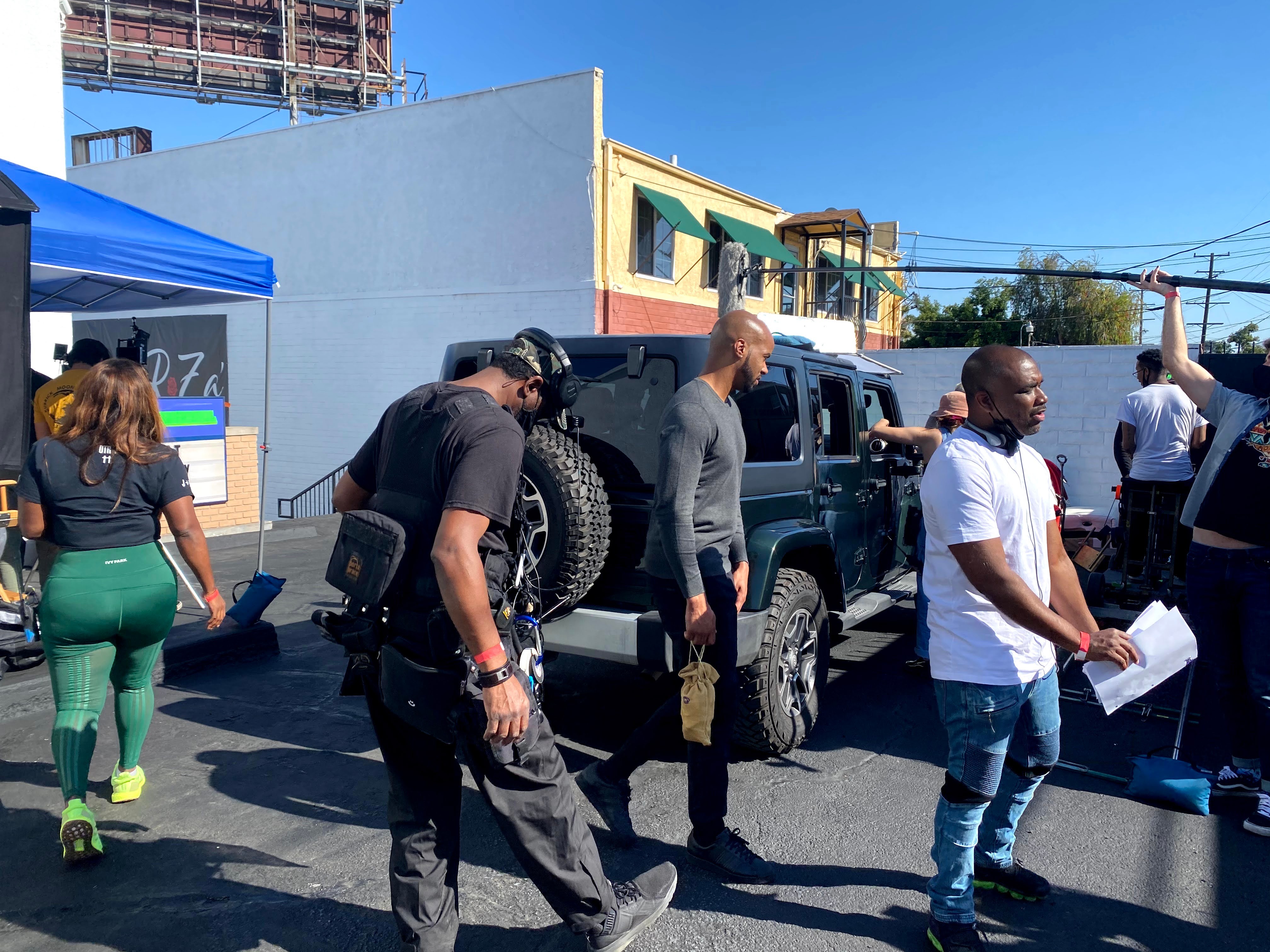 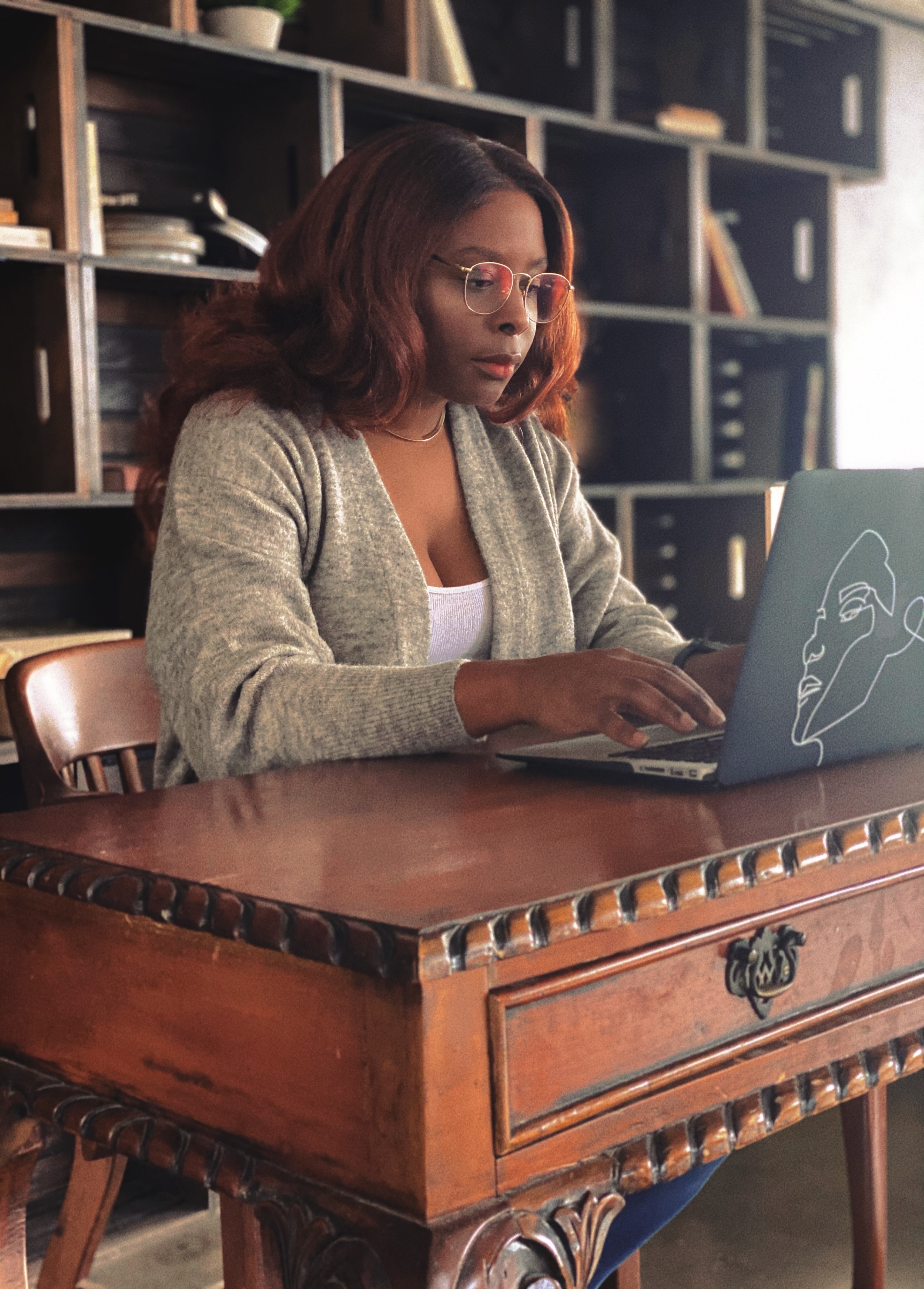 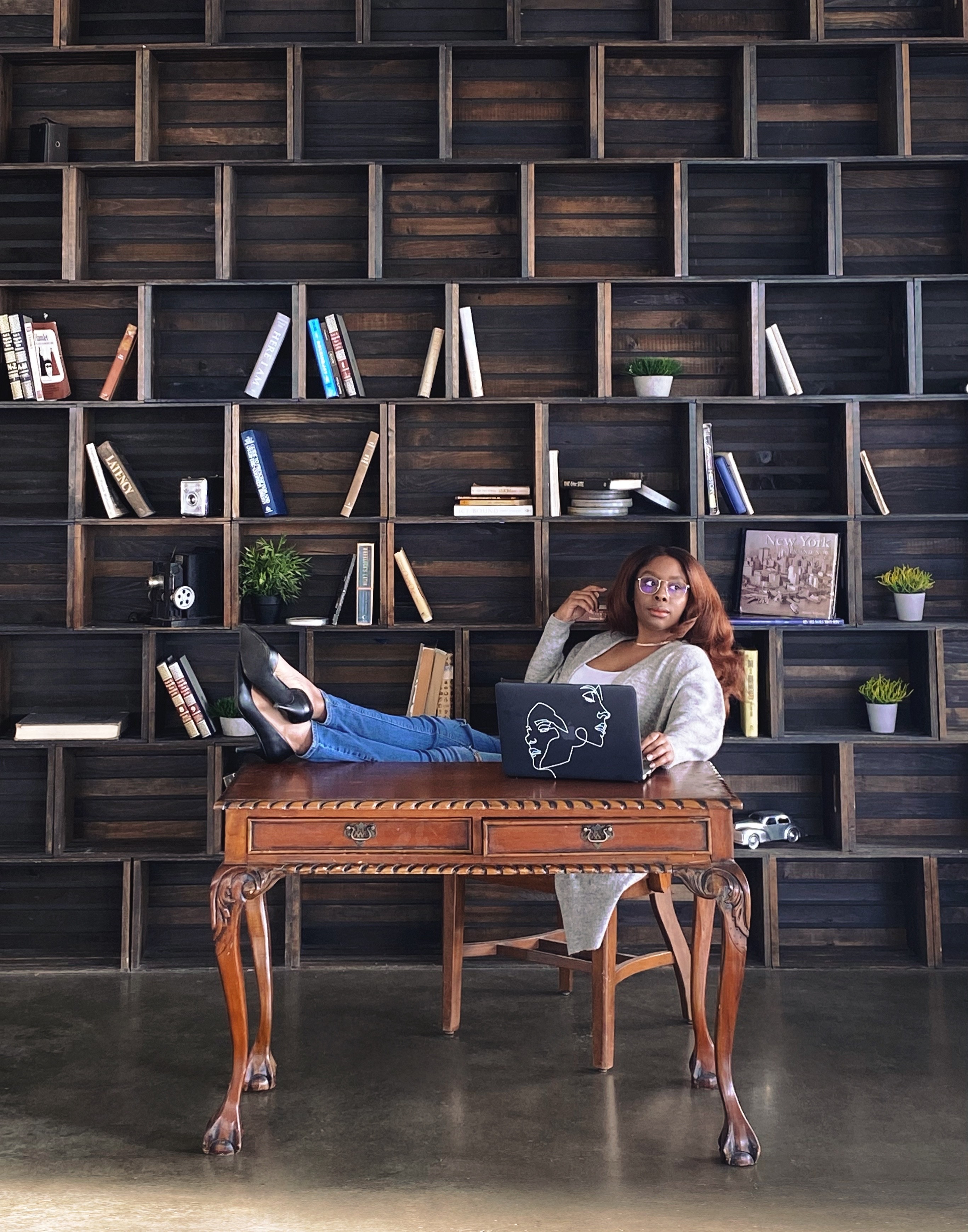 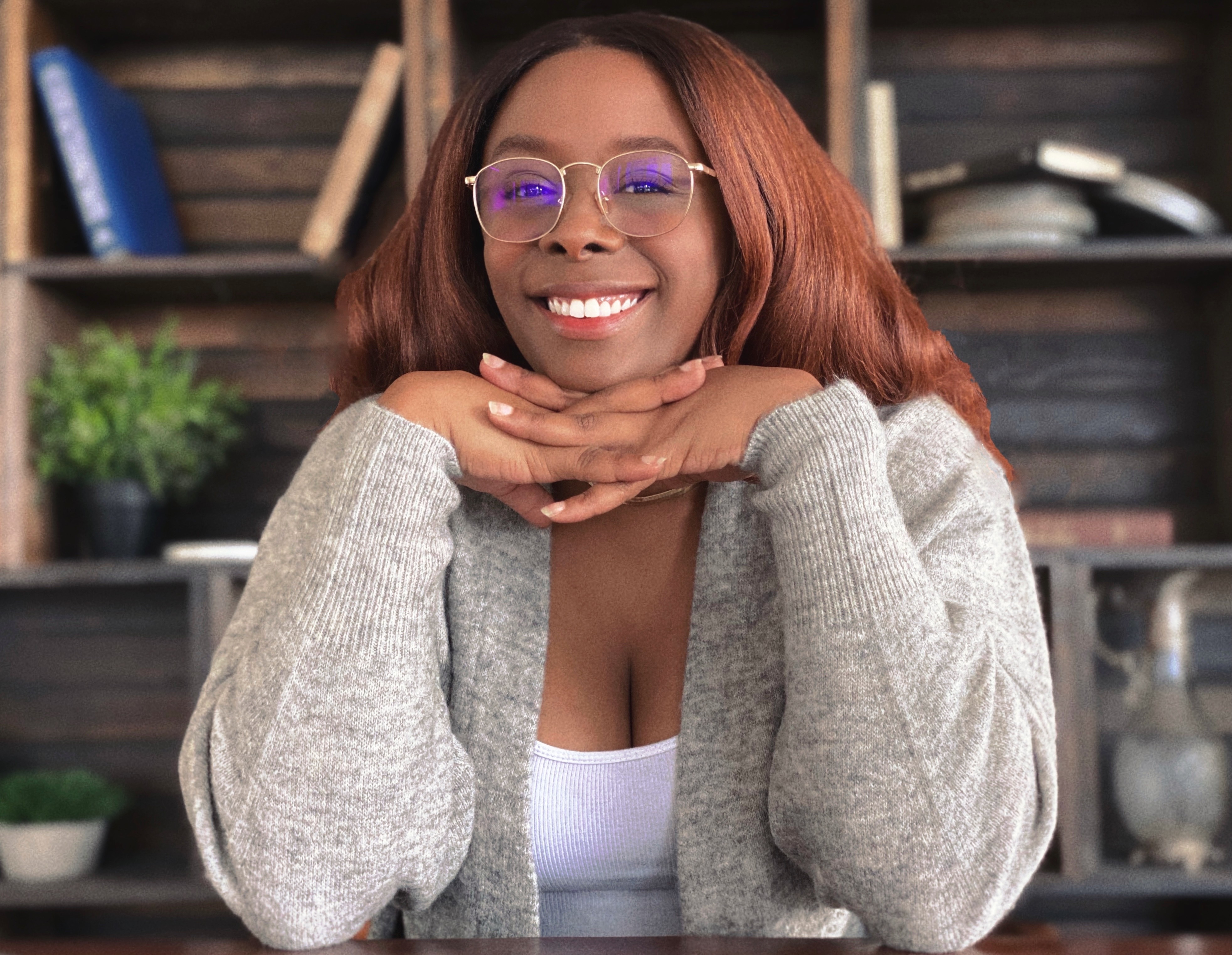 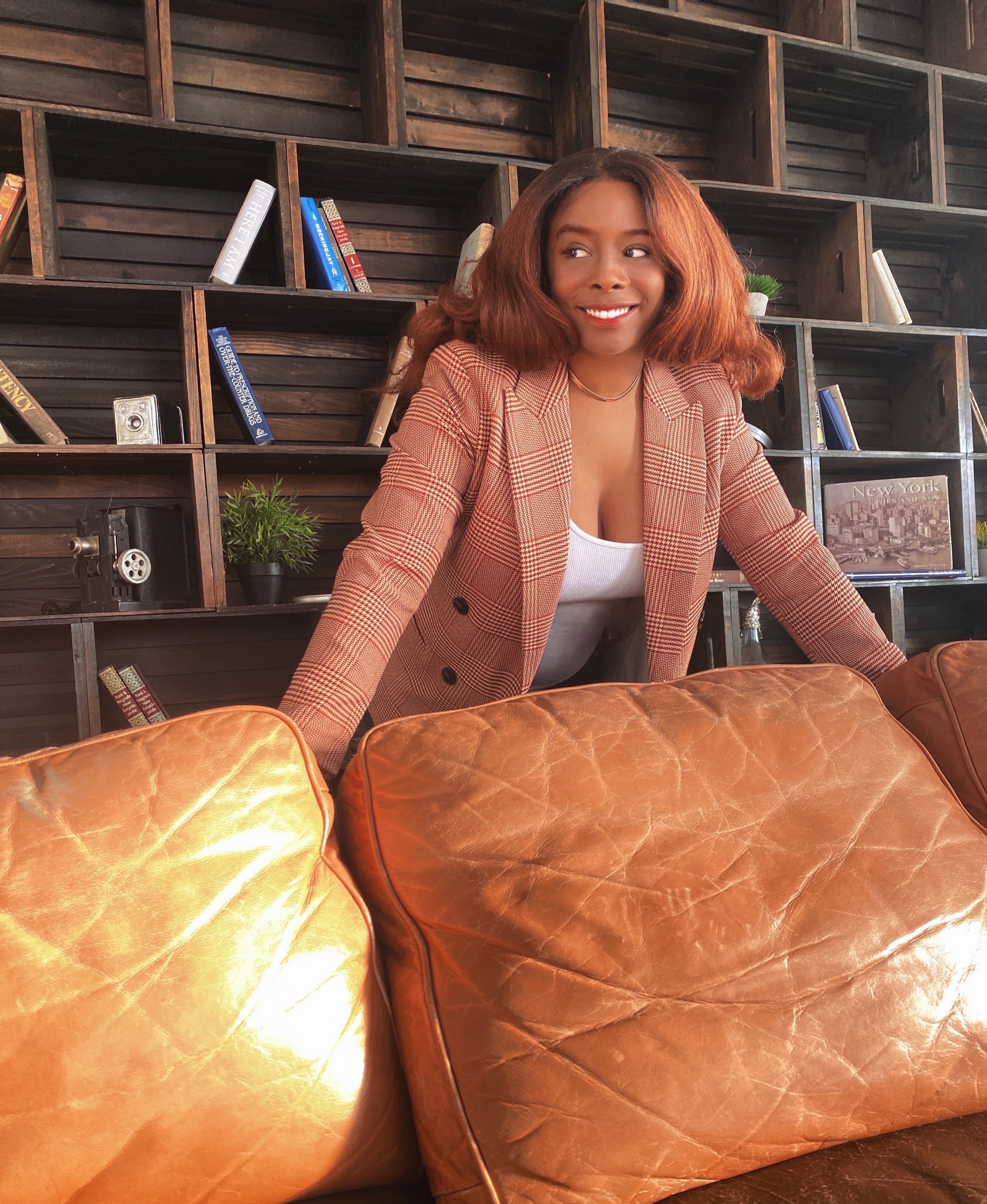 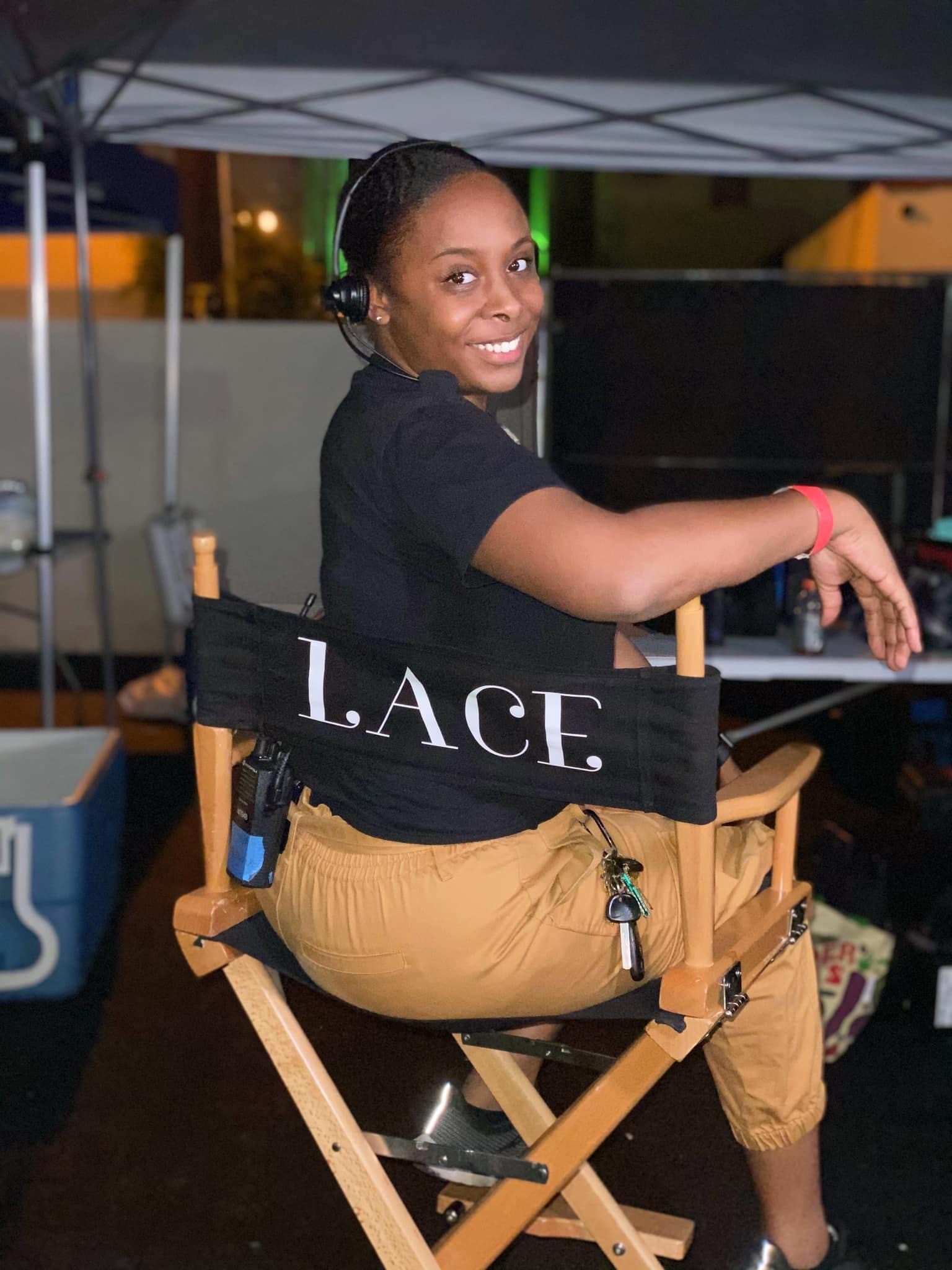 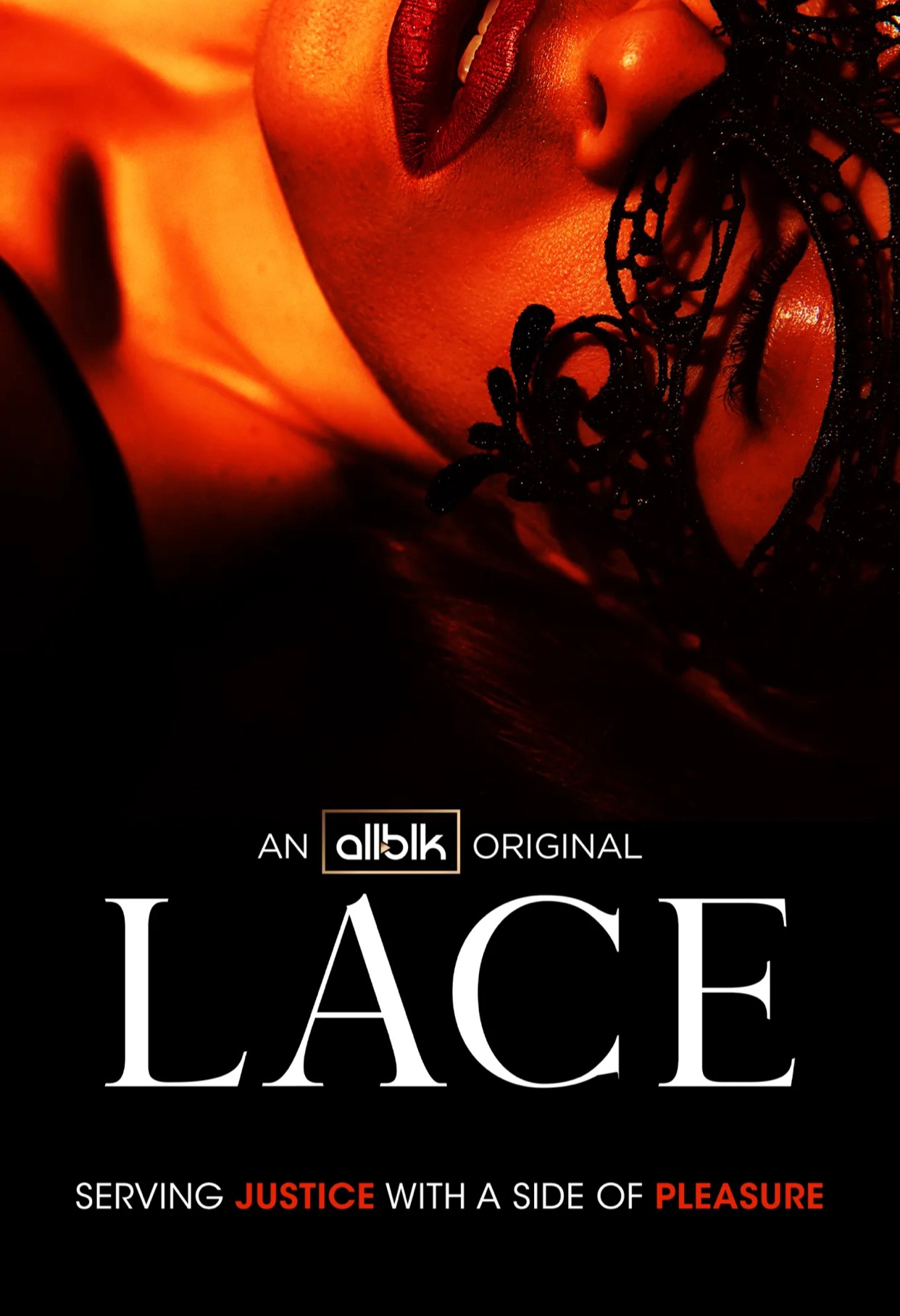 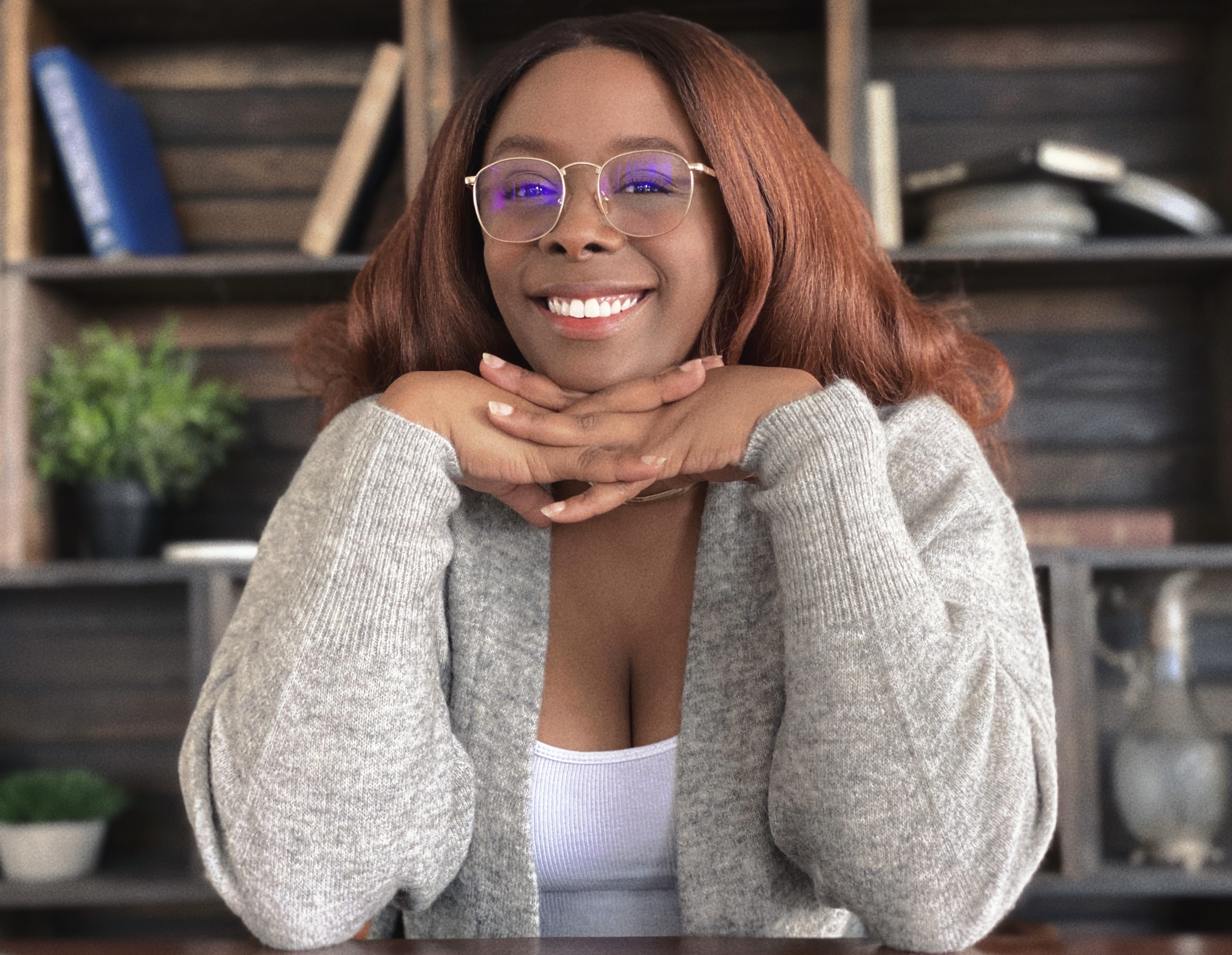