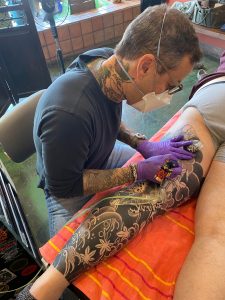 Today we’d like to introduce you to Ross Vinstein.

Hi Ross, it’s an honor to have you on the platform. Thanks for taking the time to share your story with us – to start maybe you can share some of your backstory with our readers?
I was interested in tattoos from as far back as I can remember with Popeye as an early influencer and punk rock of the early 80s sealing the deal.

I started getting tattooed in at age 18 in 1988 and immediately knew that it’s what I wanted to do. However, being a nice Jewish boy with a fancy education and bright prospects, my eventual mentor (along with pretty much everyone else) encouraged me to do anything else! This was still at a time long before tattooing was what it is known as today and there was still certainly a shadow over it and it was assumed to be a one way street, from all I was told.

So, I went to undergrad at UCSC and was coming down every month to get tattooed for the entire four years. All the while asking if I would be accepted as an apprentice. After graduating, I moved back to LA and started working in production for a special effects company. After about 7, or 8 months, my teacher finally asked if I still wanted to apprentice and of course, I said, ‘HELLZ YEAH!’. I di my first professional tattoo on my 24th birthday and ultimately was offered my dream job at Sunset Strip Tattoo, which was then one of the premier shops in LA later that year.

I tattooed steadily for about 3 1/2 years when it started to dawn on me that dealing with the public all day maybe was not actually what I wanted in life and the passion that I had for tattooing for so long started to wain. I had no idea what I wanted to do instead, but long story short, ended up getting into a mid-career MBA program and figured I’d keep tattooing and sort it out while back in business school. Anyhow, things came to a head and the shop and I ended up getting myself fired and in a completely random twist of fate, I ended up getting a job about as far away from any of my lifelong interests doing post-production accounting on feature films.

One thing quickly led to another…..I finished my MBA program and by the time I had, I had quickly worked my way up the ladder and became the Controller at a very established television commercial production company and fell into what has been my second career for 23 years now. I currently work as the CFO at an entertainment marketing agency and several production companies.

So, as an aside, I also grew up racing both road and track bicycles. Another huge passion and giant part of my life that I hung up at age 21 and fell away from for many years. Cut to my late 30’s though…..when I started racing bikes again. I ended up racing for a bike shop in Ventura that was owned by cool rocker dude who was also heavily tattooed and cut to the end 0f 2012, out of nowhere and not having picked up a tattoo machine in 12 years, he said, ‘hey dude, you should do a tattoo on me’. I still had my machines and such and my former mentor had just opened his own shop, so I called him up and asked if he’d be cool with me doing a tattoo there. He happily accepted and when I did the tattoo, it was like riding a bicycle (pun intended).

It was a pretty magical full-circle moment for me, bringing together my two major life long passions again (with a love for travel, especially in Japan, as a close third) and I reached out to a few old clients from the late 90s who I’d started big Japanese style work on and never finished.

Much to my surprise, they were both stoked and had been waiting for me to someday return and finish the projects and that is exactly what we did.

And in it, I was able to fulfill the part of tattooing that I was passionate about without the rest of the pressures and problems that went with it as a younger person when I relied on it to live.

I had been visiting Japan several times a year for many years and wanted to try to honor all that I loved about its tattoo history and for the past nine years, have been very fortunate to build a clientele who honor me by letting me do large scale work on them, mostly of my choosing.

Five years ago, the fine gentlemen who own Ten Thousand Waves Tattoo Gallery in Sherman Oaks welcomed me to work as I pleased at their beautiful shop and just this past month, my mentor closed his shop and is now working with us as well, so the whole thing has really come full circle after more than 30 years.

I suppose that I should also mention that I continue to work as a CFO as my main gig and have built up a steady tattoo business over the years and now, it has become a serious second job.

Can you tell our readers more about what you do and what you think sets you apart from others?
I specialize large-scale Japanese-style tattooing, with the expressed goal of completing full-body suits on as many clients who will honor me by doing so and are able to fulfill a very arduous and lengthy commitment to finish such a thing, which takes years.

While fully acknowledging that as a Gaijin, what I do will never BE Japanese, I try to honor the traditions and imagery as best I can while adding a mild dose of my personal style and aesthetic.

What does success mean to you?
I’ve always done the things I do primarily to make myself happy and right now, in my personal life and in both careers, I am happy and I can’t think of any greater success than being happy. 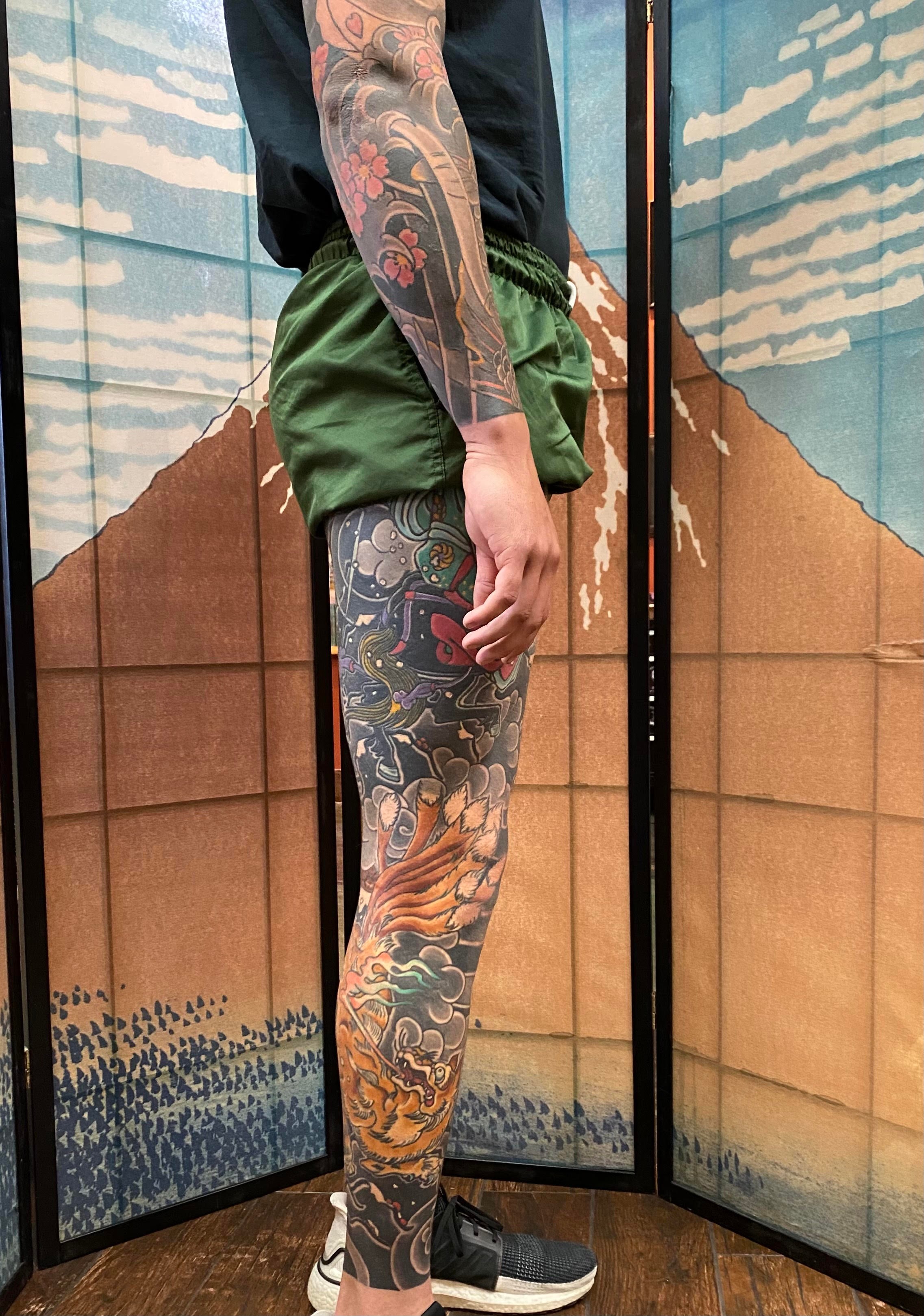 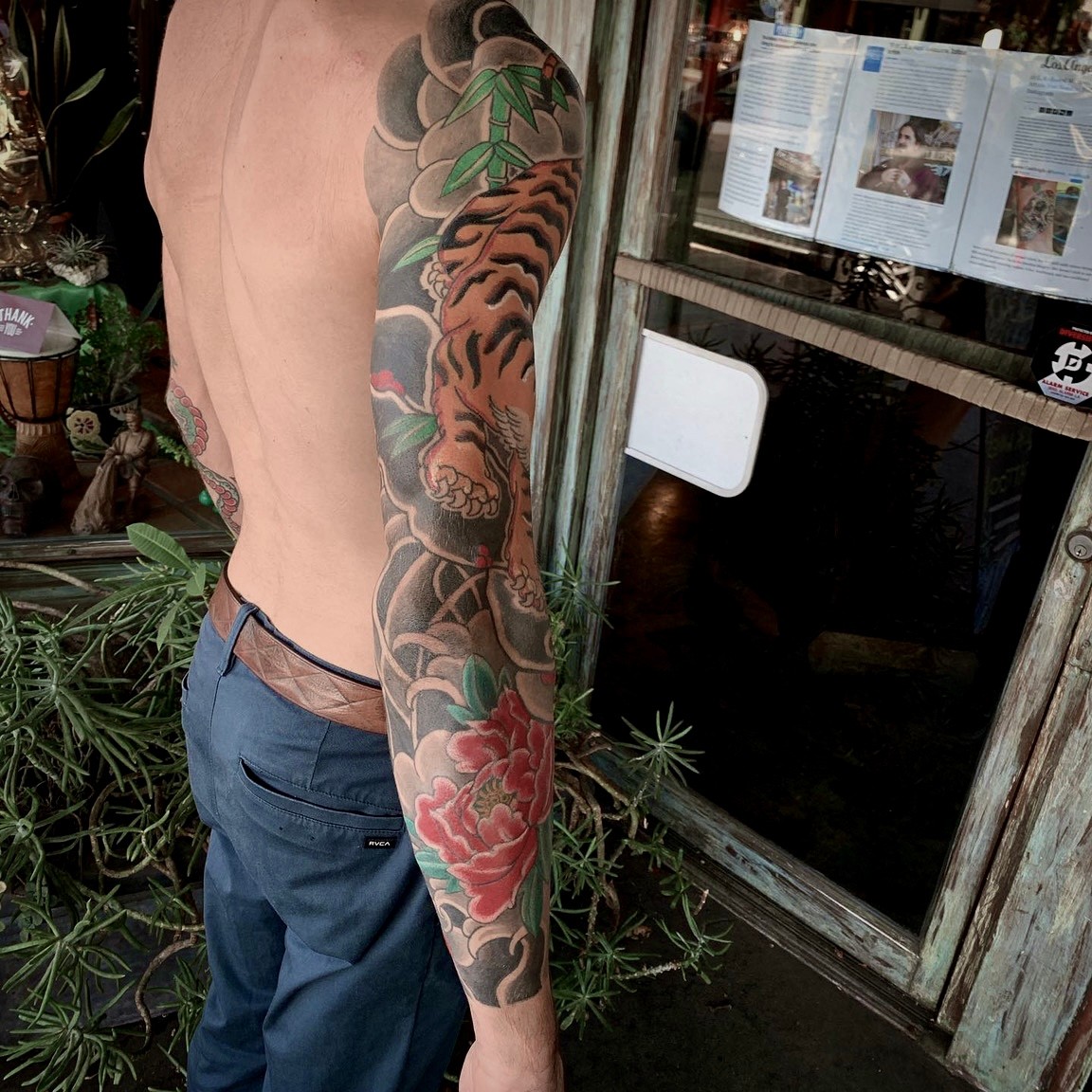 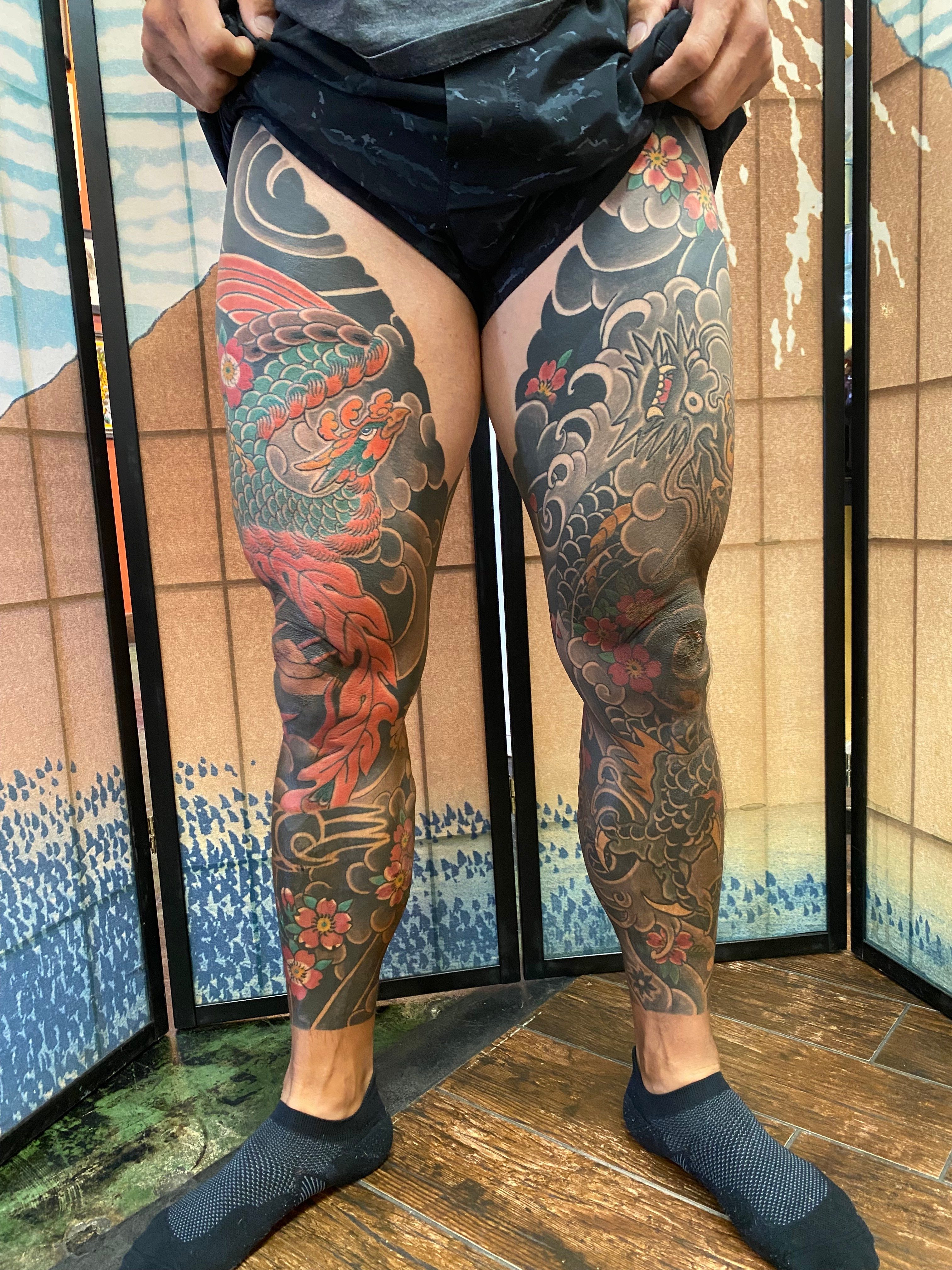 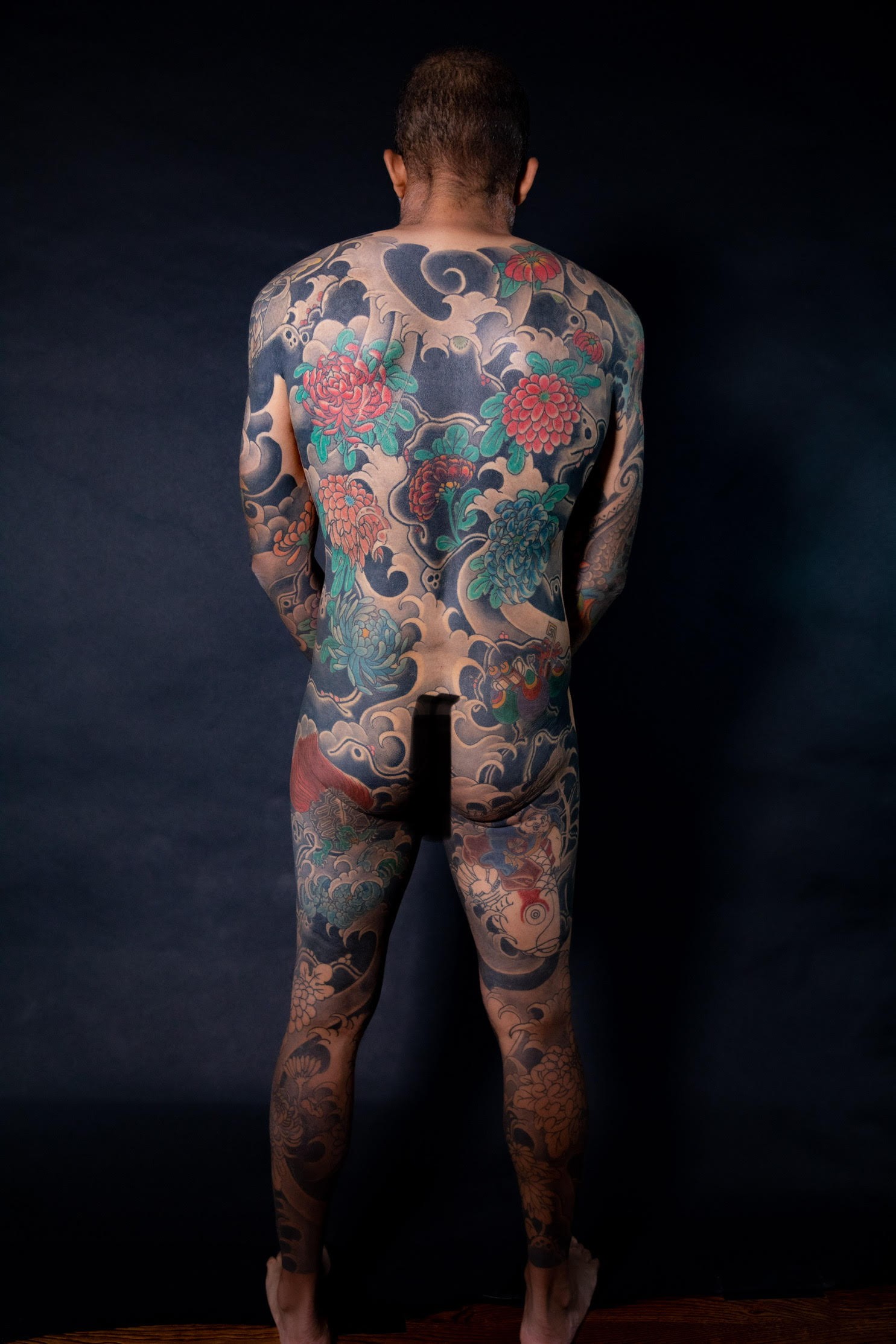 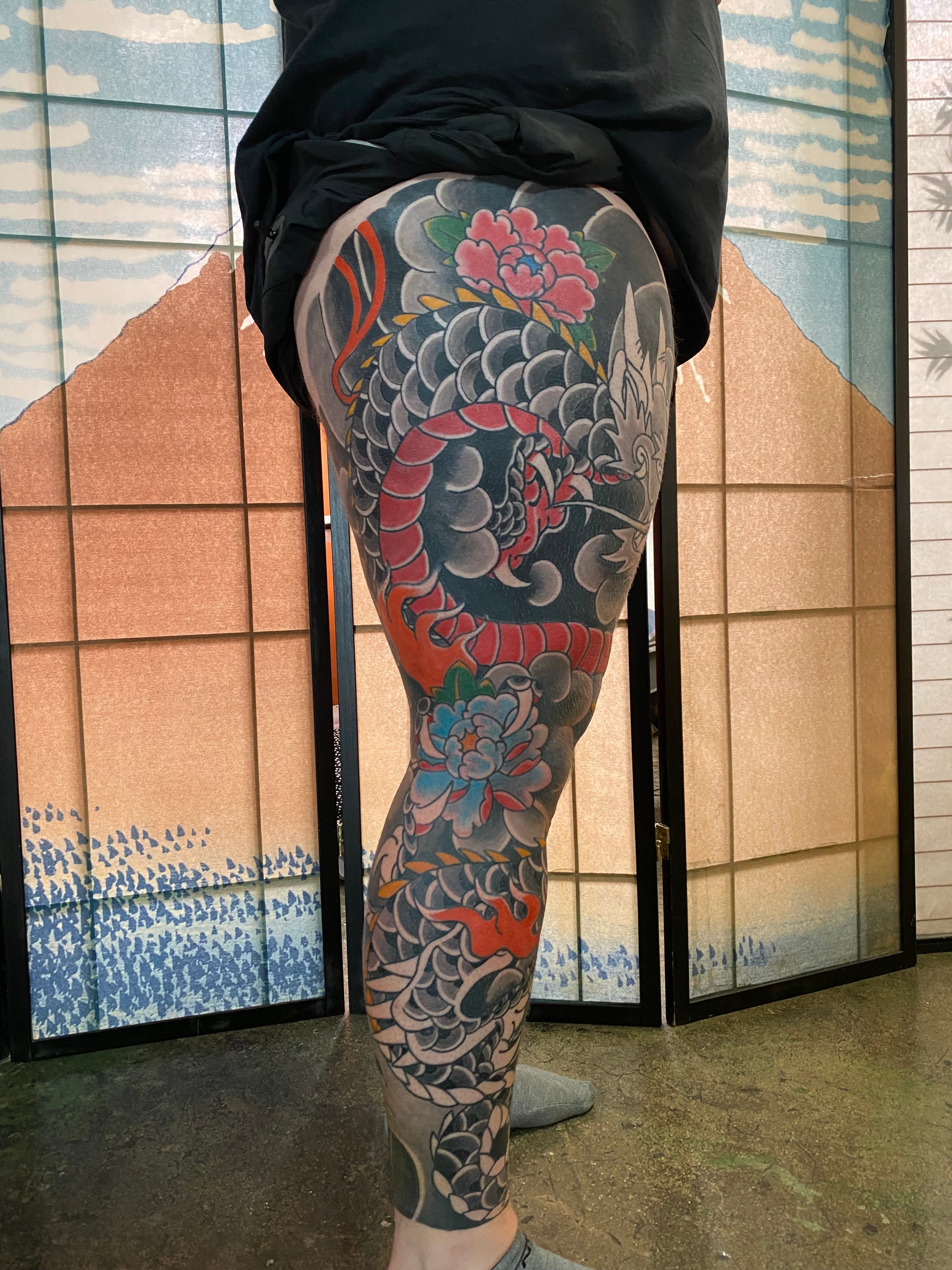 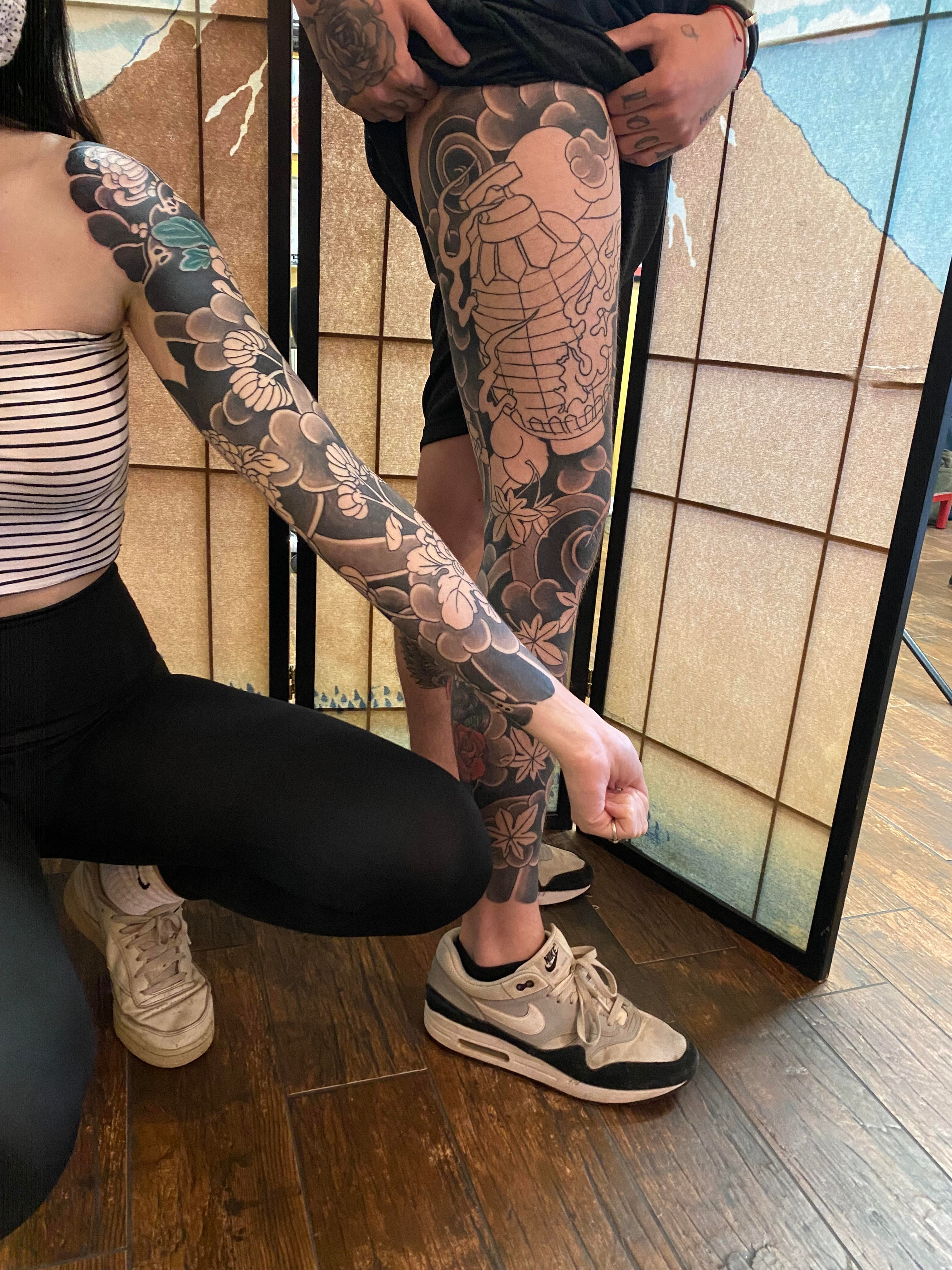 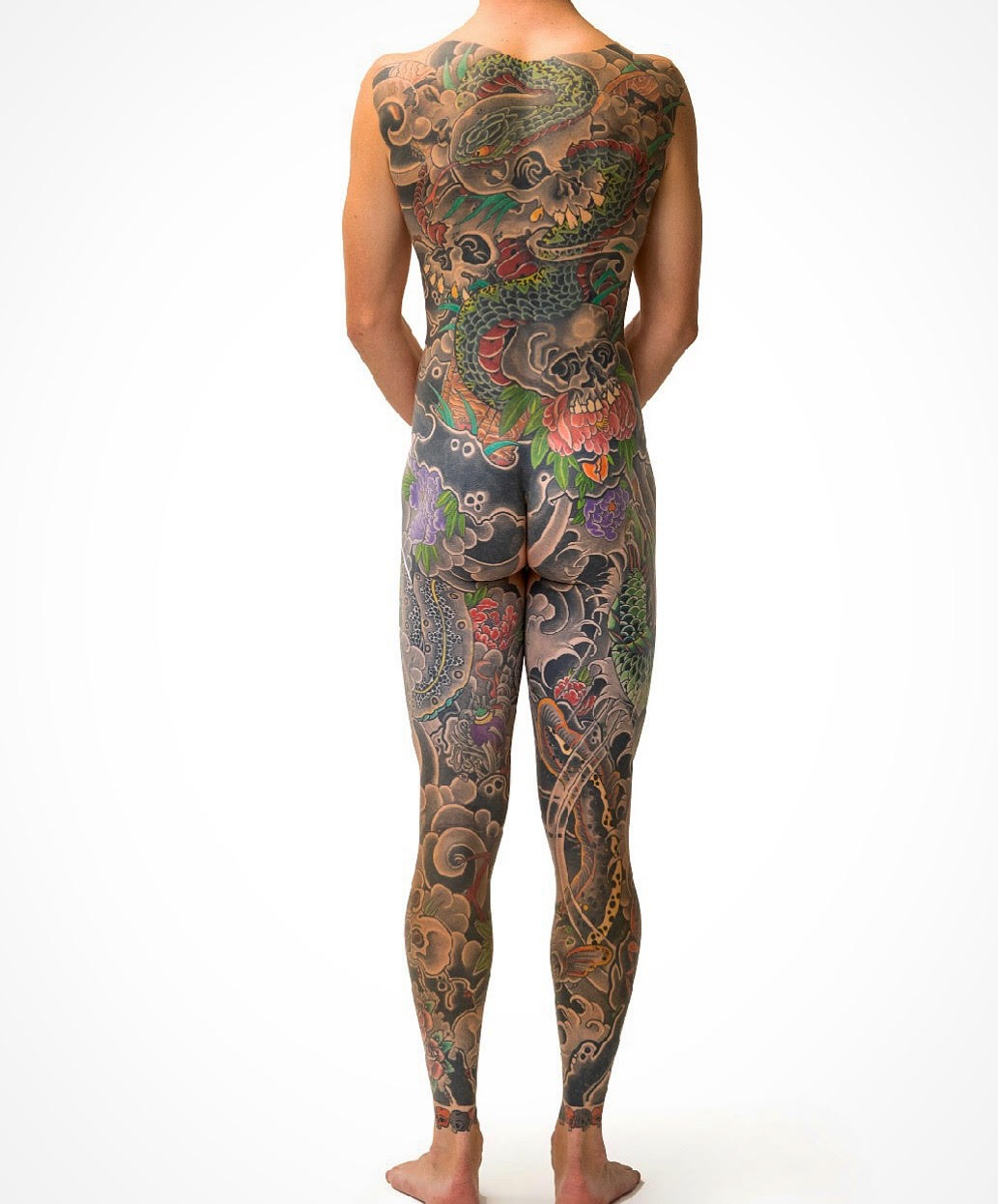 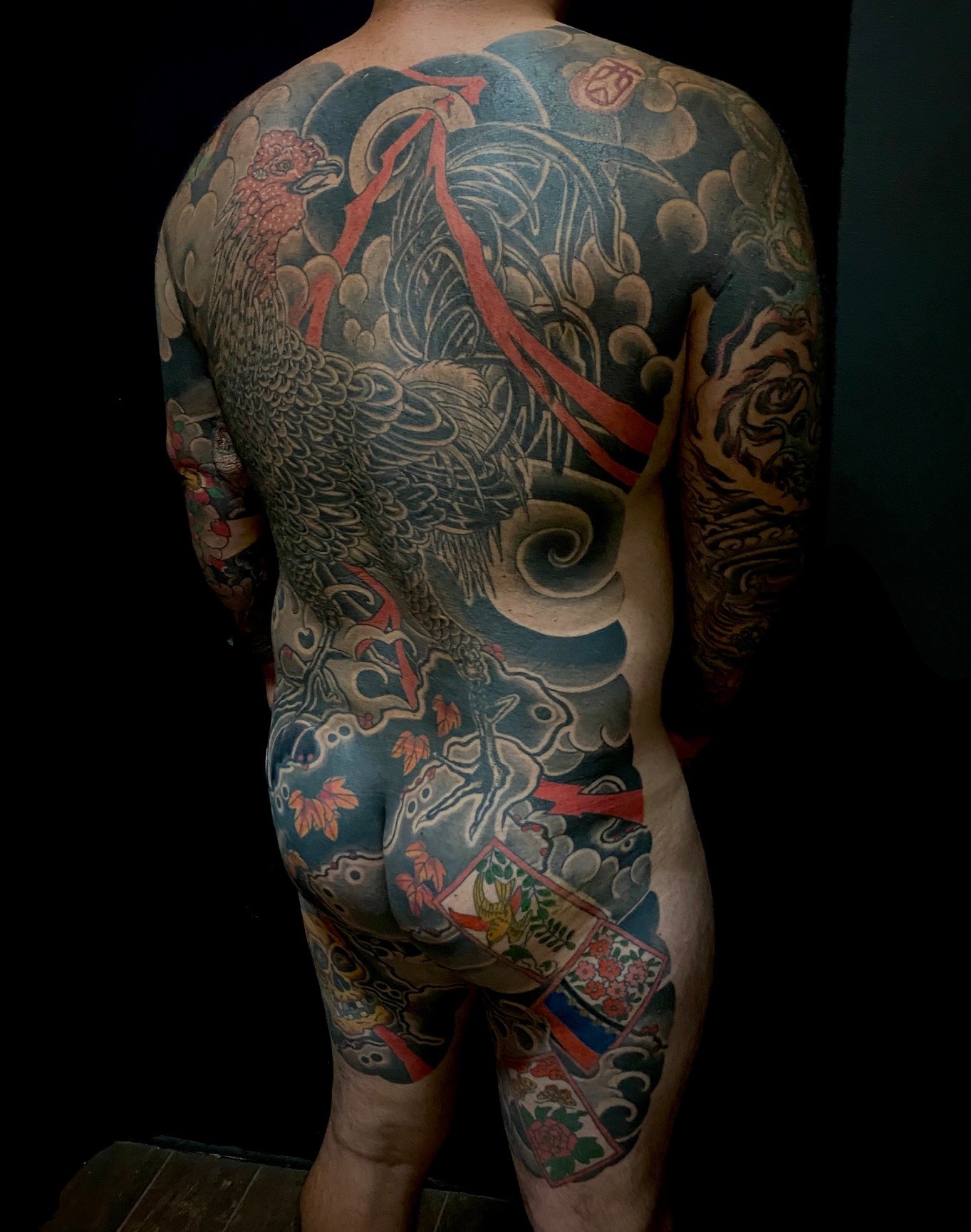 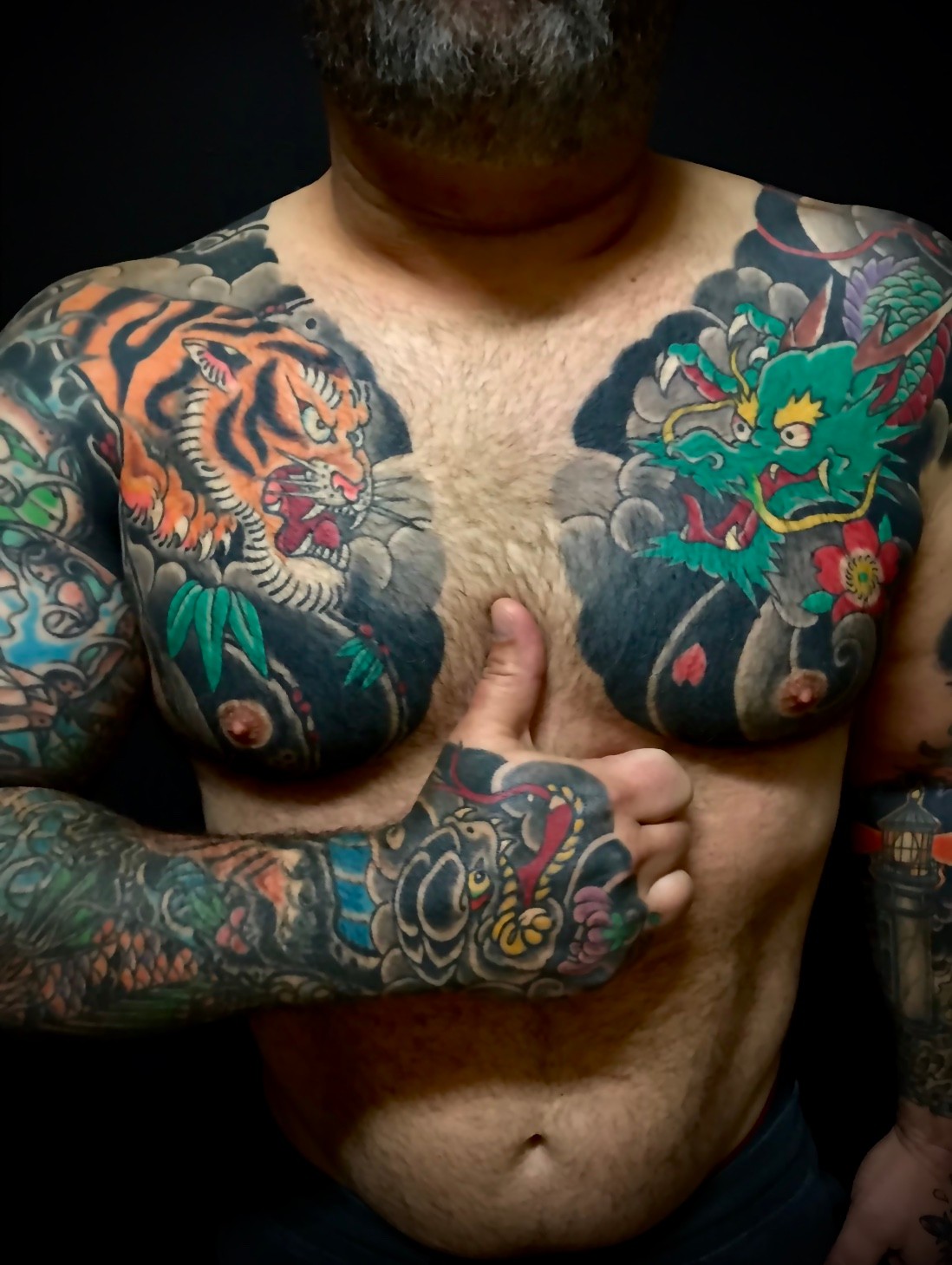