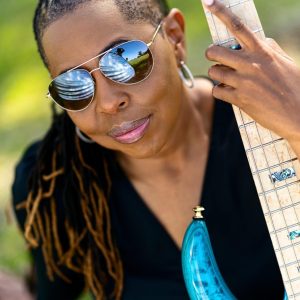 Today we’d like to introduce you to Robin Bramlett.

Hi Robin, so excited to have you with us today. What can you tell us about your story?
I began my musical journey as a child. There was an upright piano in the Bakersfield, California home where I grew up and my late mother, Lillie Bramlett, was my first music teacher as she was taking piano lessons. She taught me how to read the treble, and bass clefs with the Every Good Boy Does Fine and Good Boys Do Fine Always monikers. I also remember playing hooky from school so I can stay home and watch MTV. This is when I became obsessed with other musical instruments such as the guitar, drums, synths, and bass guitar. My parents purchased all of these for me, but I ended up sticking with the bass guitar.

I worked on my skills on bass guitar by playing along with popular songs on the radio. I did not learn how to read music until I entered junior college and between my education there and the consecutive on-the-job training I was getting from playing bass guitar for St. John Baptist Church in Bakersfield, CA I was preparing myself for where I have ended up today. If it were not for my early musical training from my music theory professor, John Gerhold, minister of music and father figure, the late Don Hicks, and musical director Donald Factory I would be nowhere near where I am today as a recording artist, musical director, producer, and songwriter.

Alright, so let’s dig a little deeper into the story – has it been an easy path overall, and if not, what were the challenges you’ve had to overcome?
Has it been a smooth road? Absolutely not. Lol For one thing, being a female musician was a struggle within itself. We seem to have to prove ourselves a lot more than our male counterparts just because of the fact we are female. We are not expected to be great musicians, but instead, we’re expected to be just “okay for a girl.” Thankfully, I was super stubborn throughout my childhood and got even worse with that as an adult, so it was very easy to not accept anything less than my best from myself. I will also say that I am very happy to see more female musicians in the industry that have that same mentality.

As you know, we’re big fans of you and your work. For our readers who might not be as familiar, what can you tell them about what you do?
I am a bassist, recording artist, musical director, producer, and songwriter. I released my debut project, This Is My Life in 2013, and I released a single from my upcoming project last month entitled, Inside My Love. This single is the first from my upcoming full project that I am planning to release late 2023.

I served as musical director for 10 years for the all-female jazz ensemble Jazz In Pink which is under the leadership of pianist Gail Johnson. I have also played with and/or served as musical director for artists such as flautists Althea Rene, violinist Karen Briggs, saxophonists Darren Gholston, Jeanette Harris, singers Miki Howard, Maysa, Ledisi, Kandice Springs, gospel artists Chrystal Rucker, JJ Hairston, Vashawn Mitchell, and many more.

As far as what sets me apart from others, I’m at the point in my life now where I only strive to be the best person and musician that I can be versus attempting to emulate or compete with others. Steve Arrington (singer) said it best when he sang “Nobody Can Be You But You.” This has always been and continues to be the motto of my life.

We’d be interested to hear your thoughts on luck and what role, if any, you feel it’s played for you.
I will say that you create your own luck by taking the initiative to be in numerous situations for networking and just simply speaking up with your words and your craft. I attended numerous jam sessions in the Los Angeles in the earlier days of my musical career, even though I lived in Bakersfield, which is about an hour and a half north of Los Angeles. I faithfully took that weekly drive just so I could network and showcase my bass skills in order to get more work as a bassist. I was always pretty aggressive in ensuring I got on the list to play at these sessions… Lol…again going back to the fact that as females we have to work harder to prove ourselves in this business. 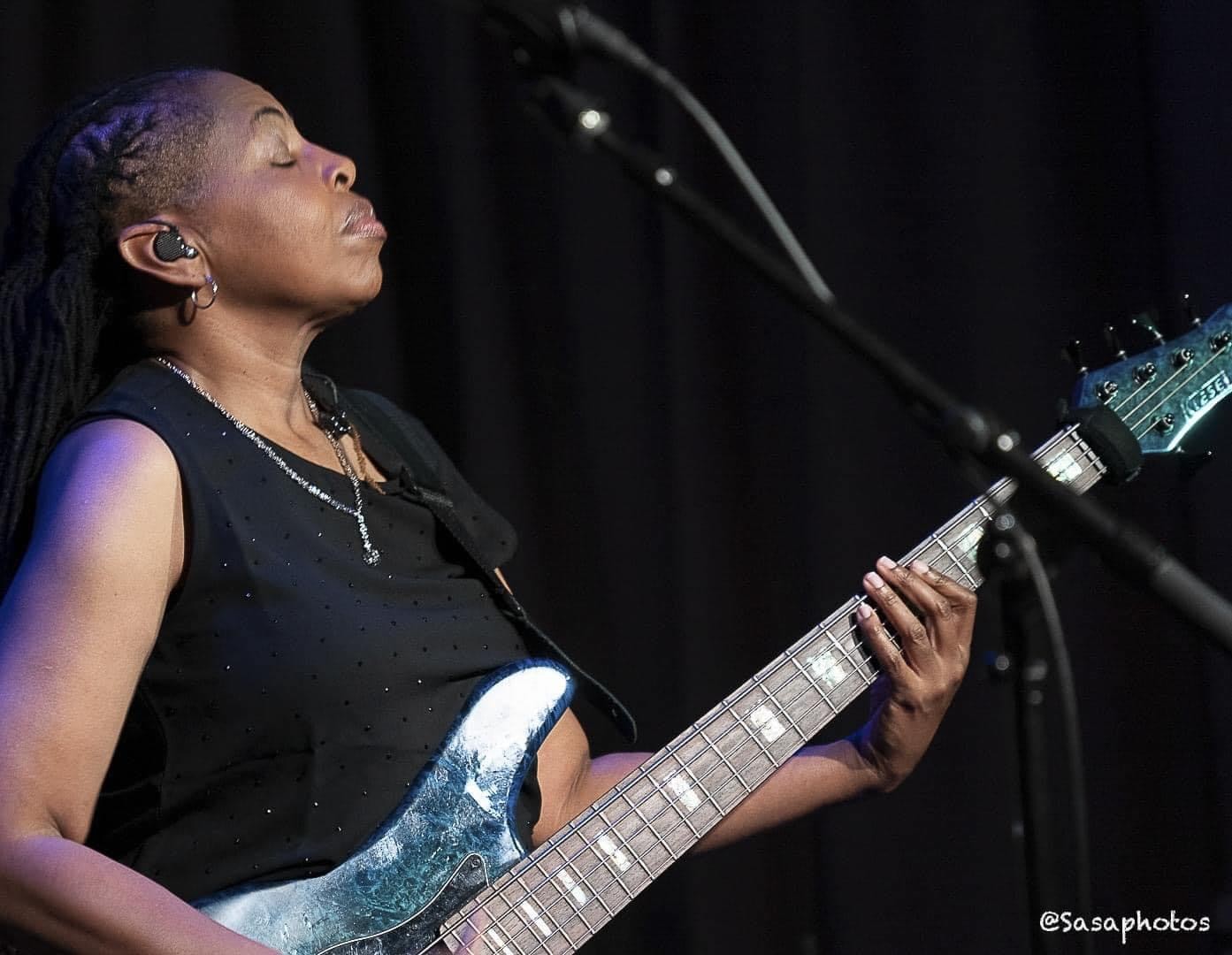 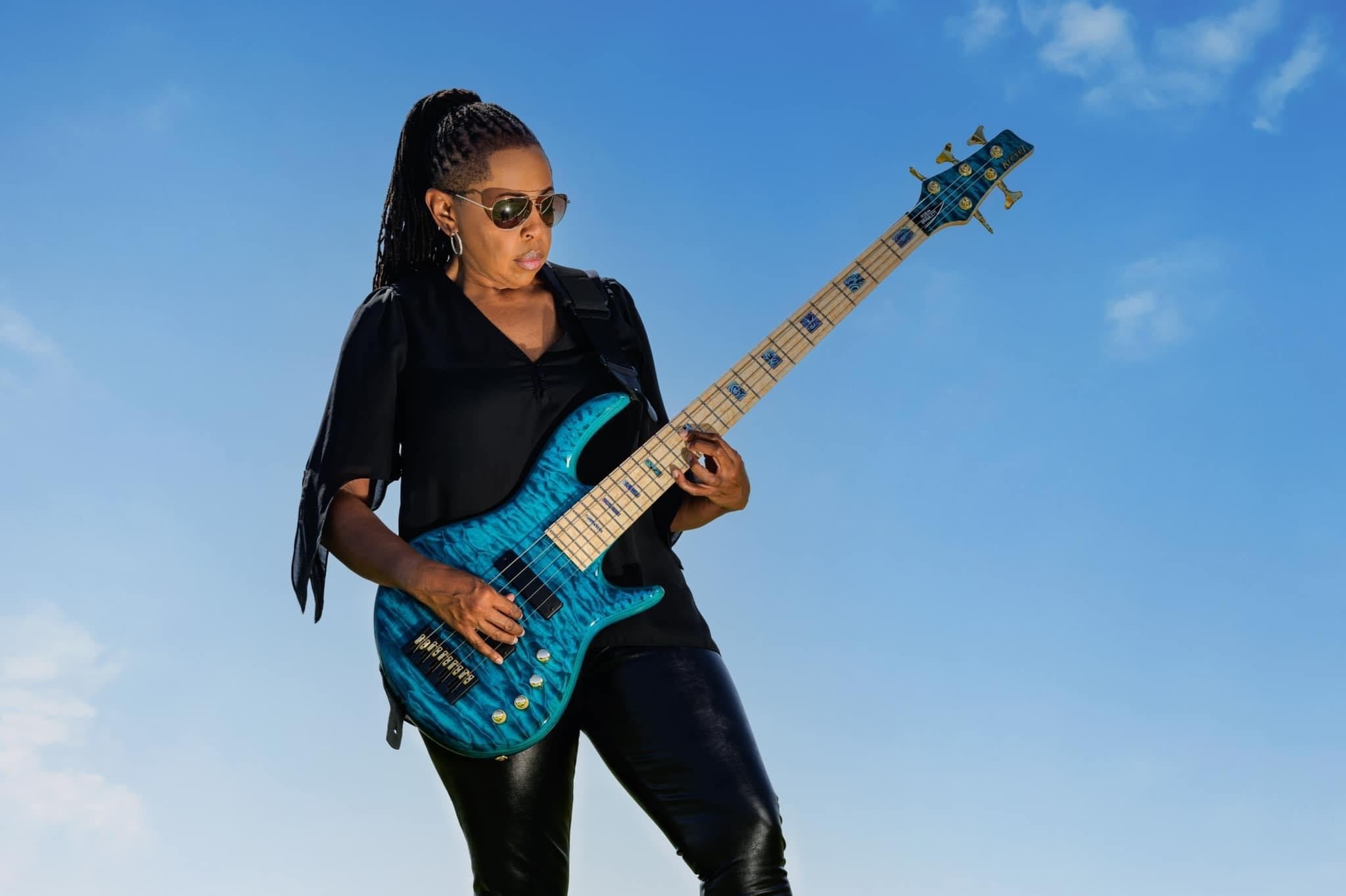 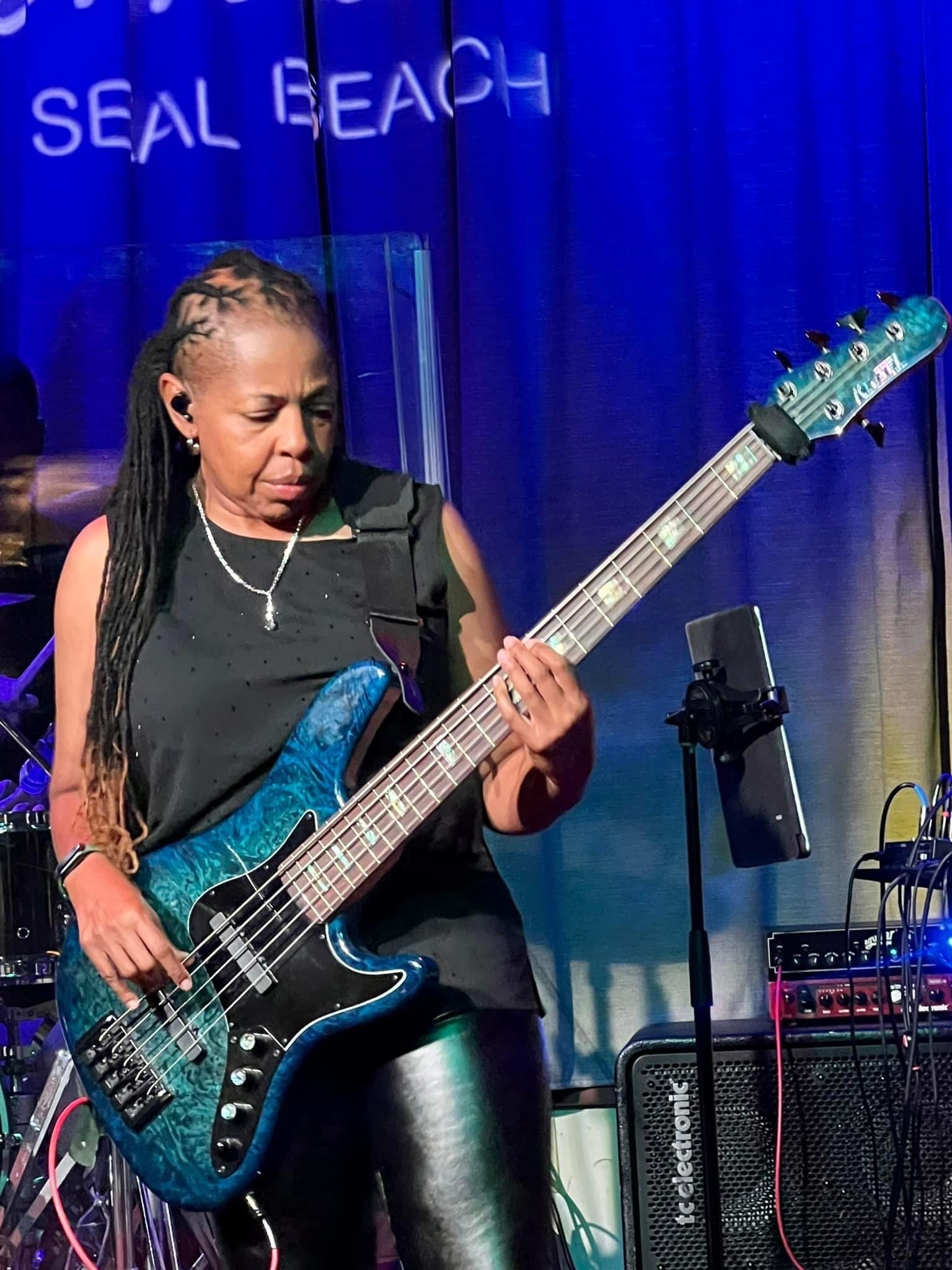 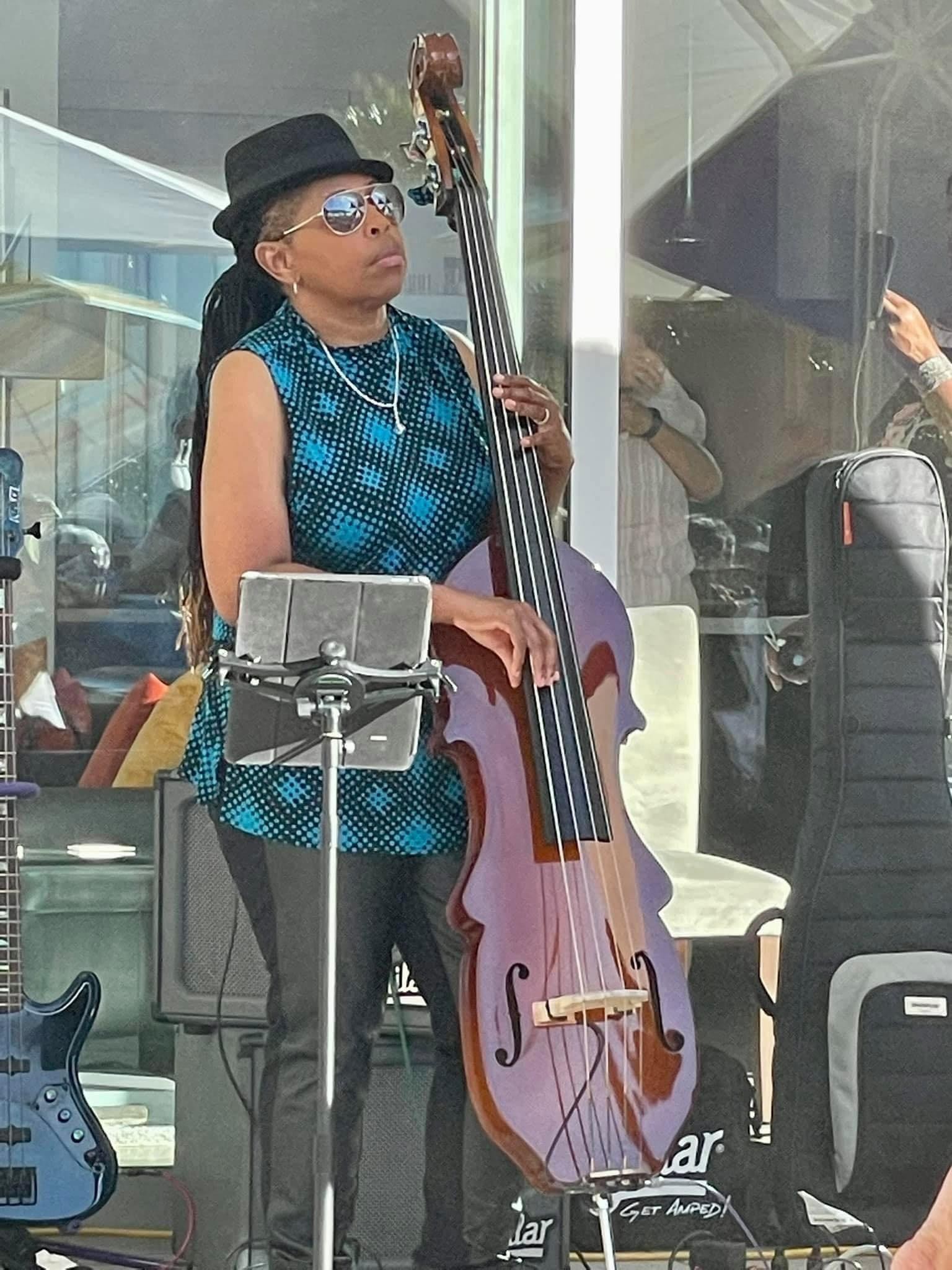 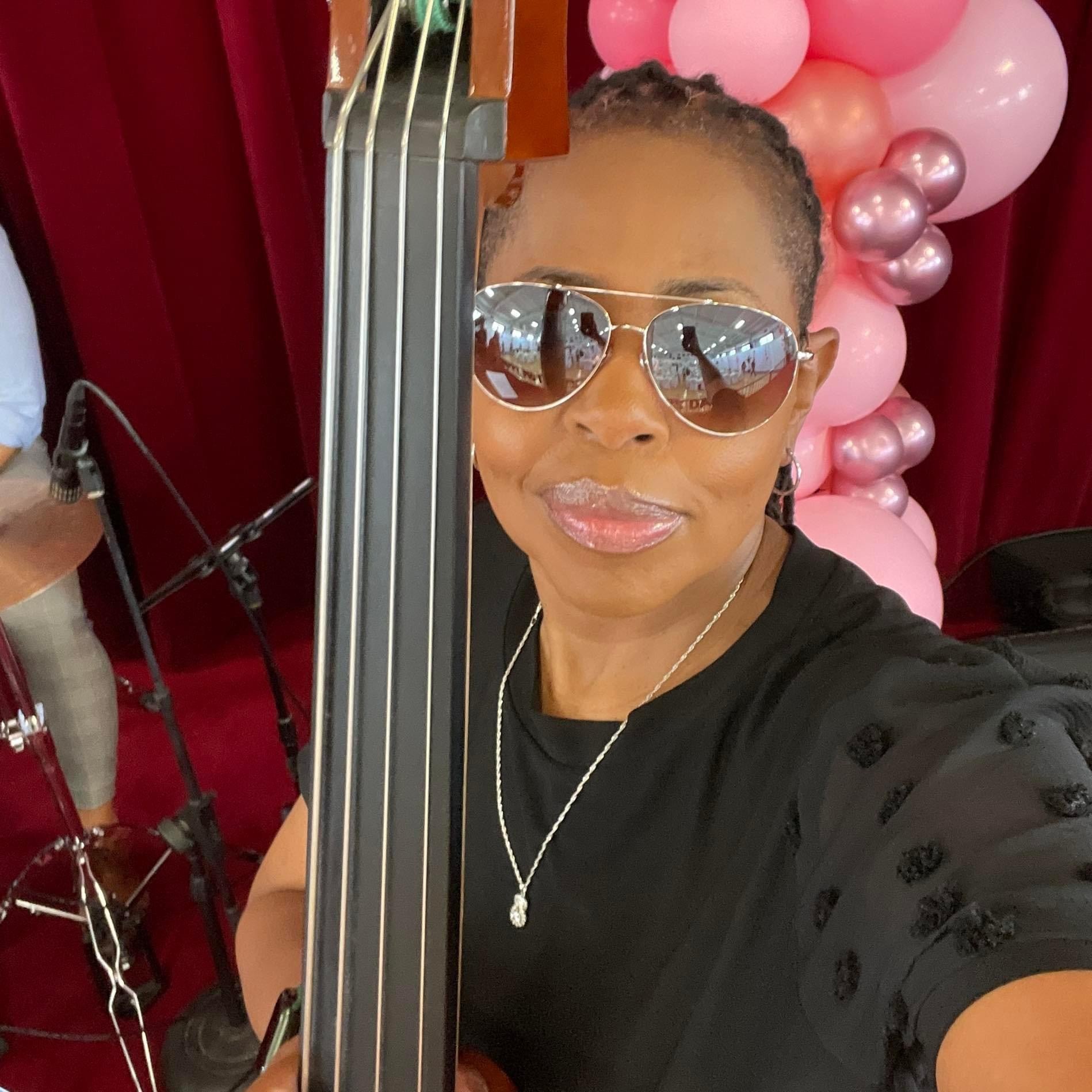 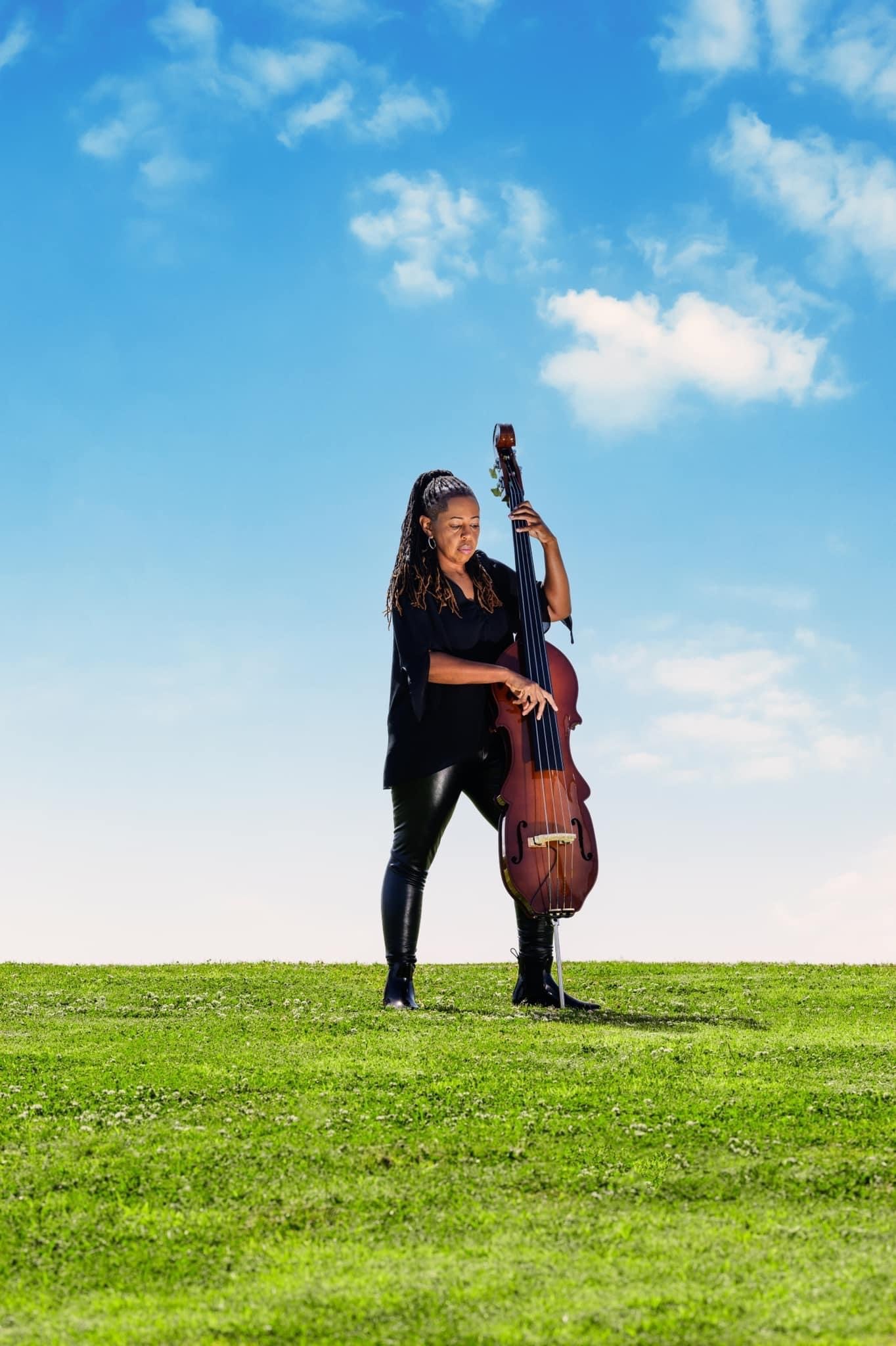