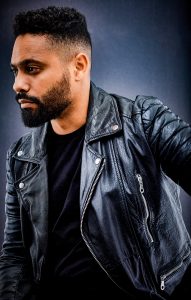 Today we’d like to introduce you to Reese Sherman.

Hi Reese, so excited to have you on the platform. So before we get into questions about your work-life, maybe you can bring our readers up to speed on your story and how you got to where you are today?
In my early 20’s, I started working on music video sets for HSI Production and FM Rocks which showcase directors such as Paul Hunter and Dave LaChapelle plus more directors of this stature. I was a PA that found my way to positions like Playback and Sound and from there, I met a guy, who’s like a big brother to me now, Marc Littlejohn who’s a wonderful Costume Designer/ Wardrobe stylist. From there, I would assist him on styling gigs and I gained so much knowledge from him that I began to take on my own styling gigs. Marc had a roommate, Andrew Irving, who works in the Entertainment Advertising Industry and owns his own agency, Rhubarb Agency. On occasion, all three of us would get together with a bunch of fashion and entertainment magazines, thumb through them and critique the images from other high profile photographers and see how creative and beautiful they are and what we would do differently if we were on that job. Not realizing I was going to be a photographer yet, another good friend of mine at this time in life, Tomoko Matsushita who is another wonderful photographer, gave me her very 1st camera she started to work with which was a film camera. I was very appreciative and excited to have this camera but my only issue was that it became expensive to maintain because I was so inexperienced and I didn’t have much money to keep paying for film roles and developing the photos, which were half the time not so great, lol but by luck, I did manage to get a few good images of my niece, Sa’Vona, that came out pretty decent for an inexperienced photographer.

After a few months of trial and error, I just decided to put the camera down and put my focus elsewhere. Another interest I had at the time was food. In my late 20’s, I moved to New York, broke, hungry and missing my Mothers cooking. So I started finding myself cooking and actually enjoying it. After about four years, I came back to Los Angeles and enrolled in a nine months program at Le Cordon Bleu in Hollywood, California. After months of hard training, I received my degree in the culinary arts and went straight back to New York for three more years. Not realizing that culinary will play a major role with me jumping back into photography. I worked many kitchen jobs as a Sous Chef, Line Chef and Head Chef as well as managing an entire kitchen, and as time went on I started to not like the feeling of working in the food industry anymore. So now I’m about 35 years old and trying to figure out my next move. I enrolled into Personal Training School thinking food and health goes hand in hand… let me try this out. I may have had one more class left to finish personal training school and I just could not bring myself to finish because something inside me said, “pick up the camera.” I did a lot of research on digital cameras, Samys, Best Buy, Flea Markets are all the places I did my digging and searching. One day, Andrew invited me out to dinner with him, myself and celebrity photographer Jason Bell, who has shot for Vogue, Vanity Fair, advertisement for Netflix’s original series, The Crown and Jason has actually photographed the British Royals!!! During this dinner with my best friend and a legend, I picked his brain over camera gear, lighting and how the industry works.

At the time, the Canon Mark iii was the top of the line camera then there’s the Canon 1Dx which starts off at $7k and the Mark iii starts off at $4k. Jason advised that I should start off with whatever camera I could afford but he also pushed for me to get the Mark iii. He also suggested since I was working with food, that I should shoot food and products. So I saved so much of my income, cashed in some stocks, walked my ass into Samy’s Camera and did what??? Purchased the Canon Mark iii. I did what Jason told me to do, I went to the Hollywood Farmers Market with Andrew, shooting food that was displayed for sale, people walking in and out of the markets with bags full of organic produce and while it was fun, my heart wasn’t in food photography. I knew that I wanted to shoot people. Make people look beautiful and feel powerful. Evan as I was a little kid, I loved looking at images of Dorothy Dandridge, Rita Hayworth and Clark Gable even seeing pictures of my family from the early 1900’s and up. I was just amazed with the lighting, styling and even the way the pictures aged over the years. It was a moment in time, frozen in my hand. I’ve been studying pictures since I was a little kid. I just never saw the future as a Photographer. Now when I look back as a Photographer, EVERYTHING makes sense now. Since the age of seven studying old images of family and Hollywood actors, glamor shots to working on music video sets, to wardrobe styling, to Culinary work, Personal Training, all this taught me time management, how to be creative, how to be a leader and to appreciate the process of growing into a career. All these things have paved the way and brought on the special skill of me becoming the Photographer I am today.

Can you talk to us a bit about the challenges and lessons you’ve learned along the way. Looking back would you say it’s been easy or smooth in retrospect?
I must say my intro into the photography business has been pretty effortless. Yes, it took time to get here because let’s just say, I was all over the place, cooking, styling, personal training, just everywhere. Knowing people like Andrew Irving who pushed me to pick up my camera everyday and shoot until I get it right helped me become better with composition, styling and knowing how to work my camera with my eyes closed. Obstacles I’ve struggled with such as lighting and sharp imagery, which is a science within its own, there’s a rule of thumb, you need to put in 10,000 hours of practice to become a professional in whatever goal you’re trying to reach.

Thanks for sharing that. So, maybe next you can tell us a bit more about your work?
I’m a Celebrity advertisement portrait photographer where I’m known for beautiful and striking images. I like to make people feel comfortable in front of the camera. The way I do that is connecting with talent before the shoot. One really great way to make the talent feel comfortable is learning their favorite type of music and creating a playlist to help them feel as if they’re in their own space. Also, positive energy is key. Good music and wonderful snacks all help but always keep a positive vibe and that rubs off to the team and talent.

Is there any advice you’d like to share with our readers who might just be starting out?
There’s a few things at the beginning I wish I knew. Honestly, you don’t need the most expensive equipment. If you have an iPhone or a small point and shoot camera, just start practicing with those unless you’re able to afford to have a nice camera then go ahead and get it but if not don’t let that hold you up from picking up your phone and taking some pictures to start shaping your eye. Also, don’t be afraid of judgment or failure. It took me some time to realize failure is your best friend. This is the way you can figure out the kinks to make yourself better for the future opportunities. 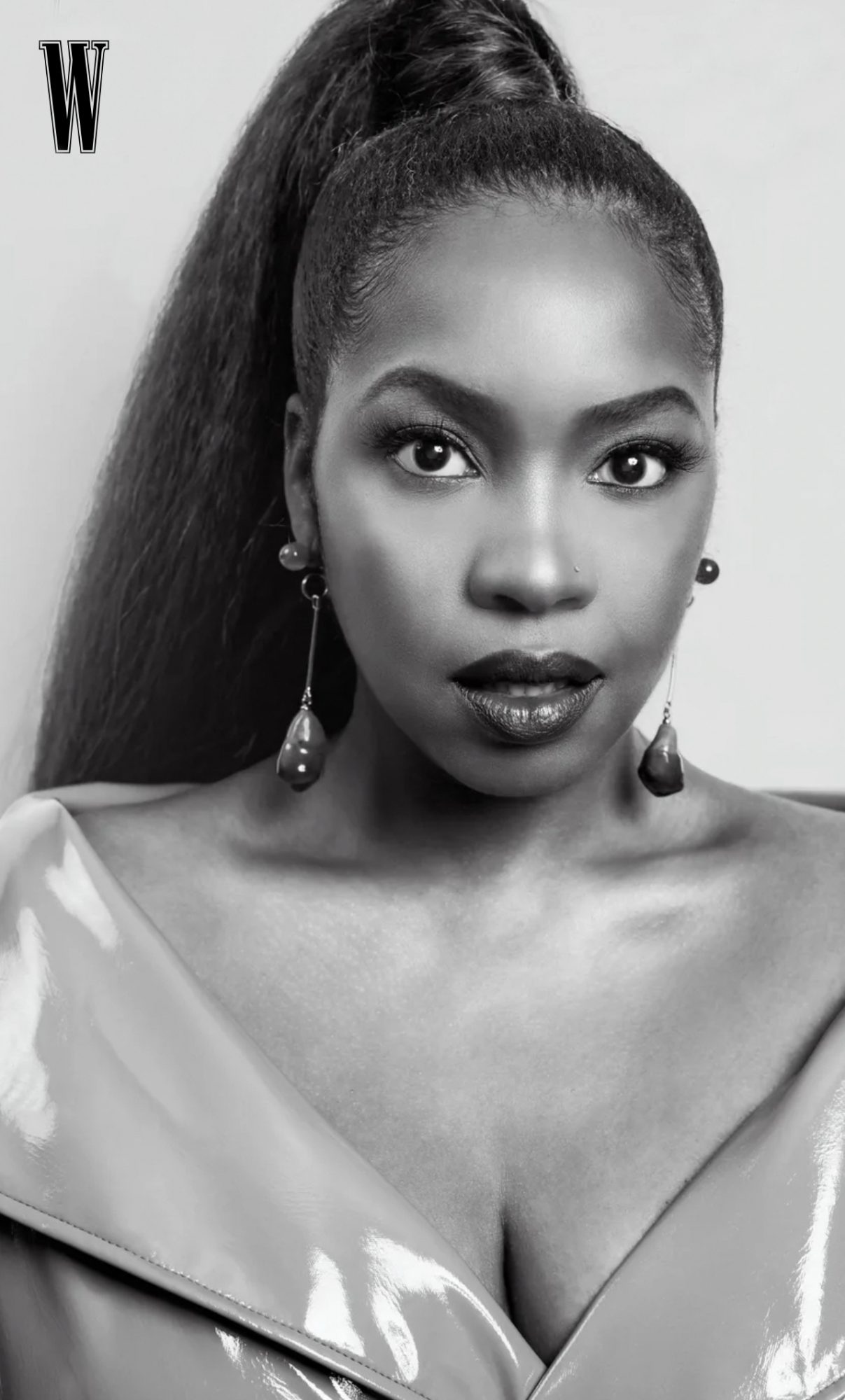 Leigh Davenport, @leighdav
Creator of Run The World on Starz 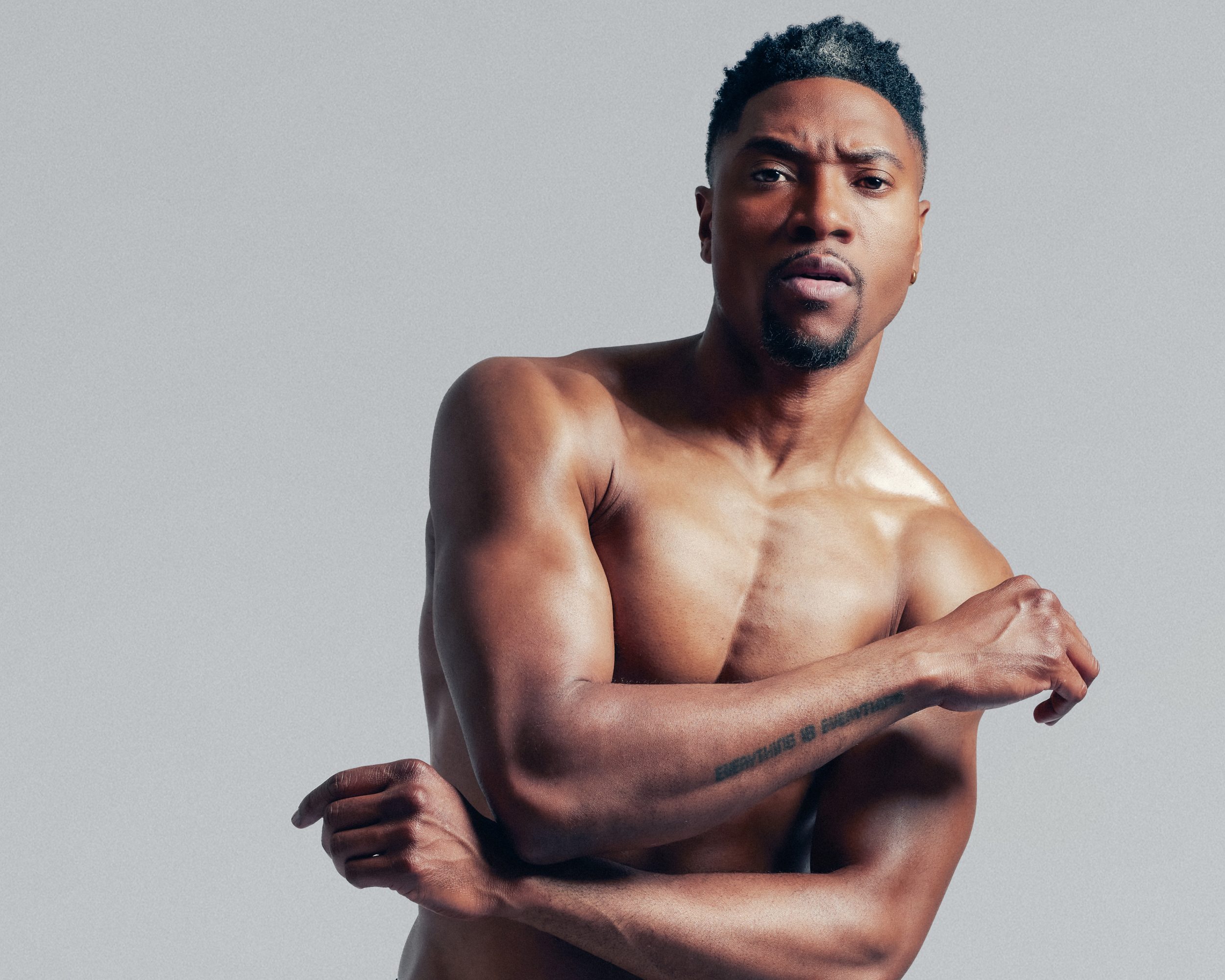 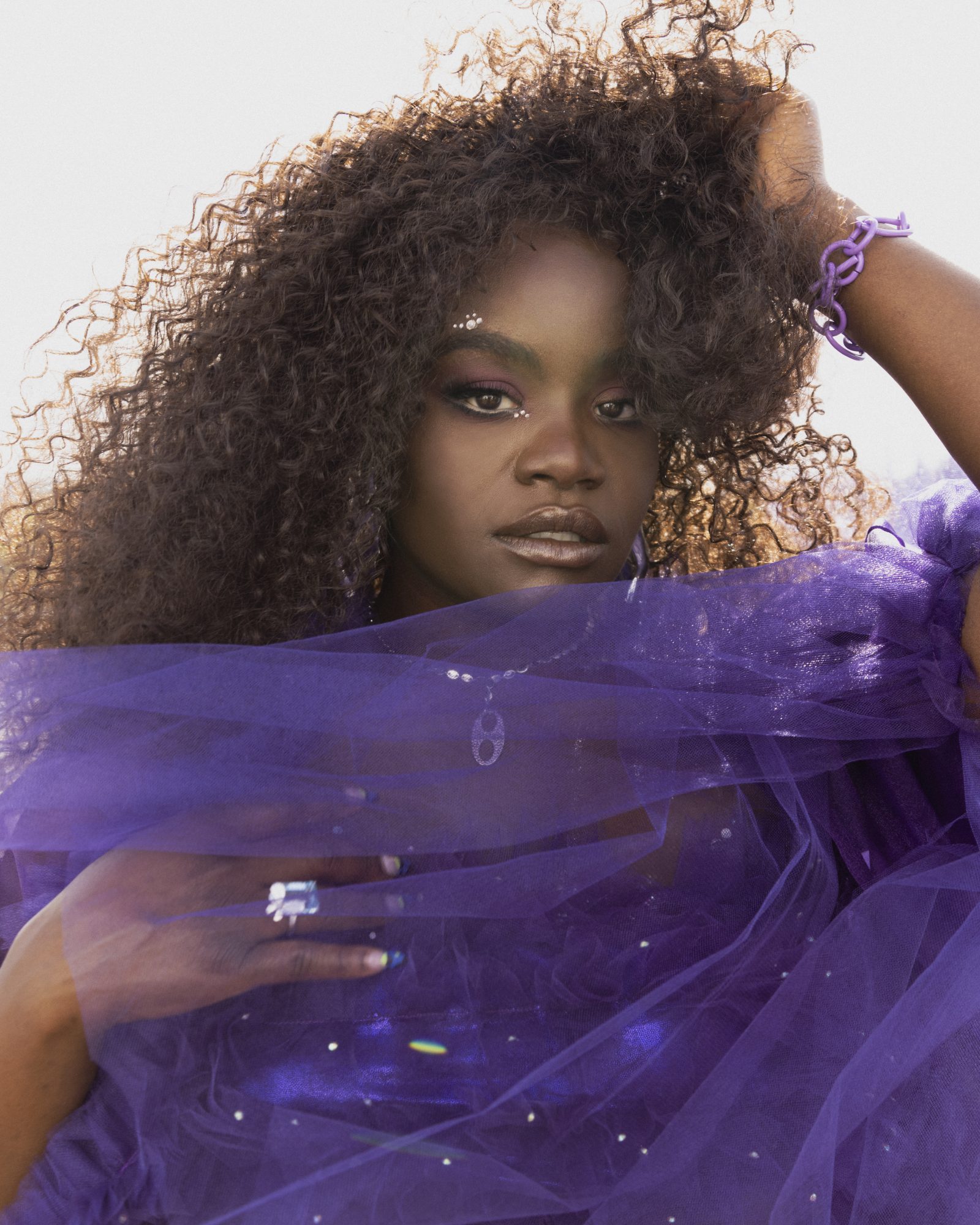 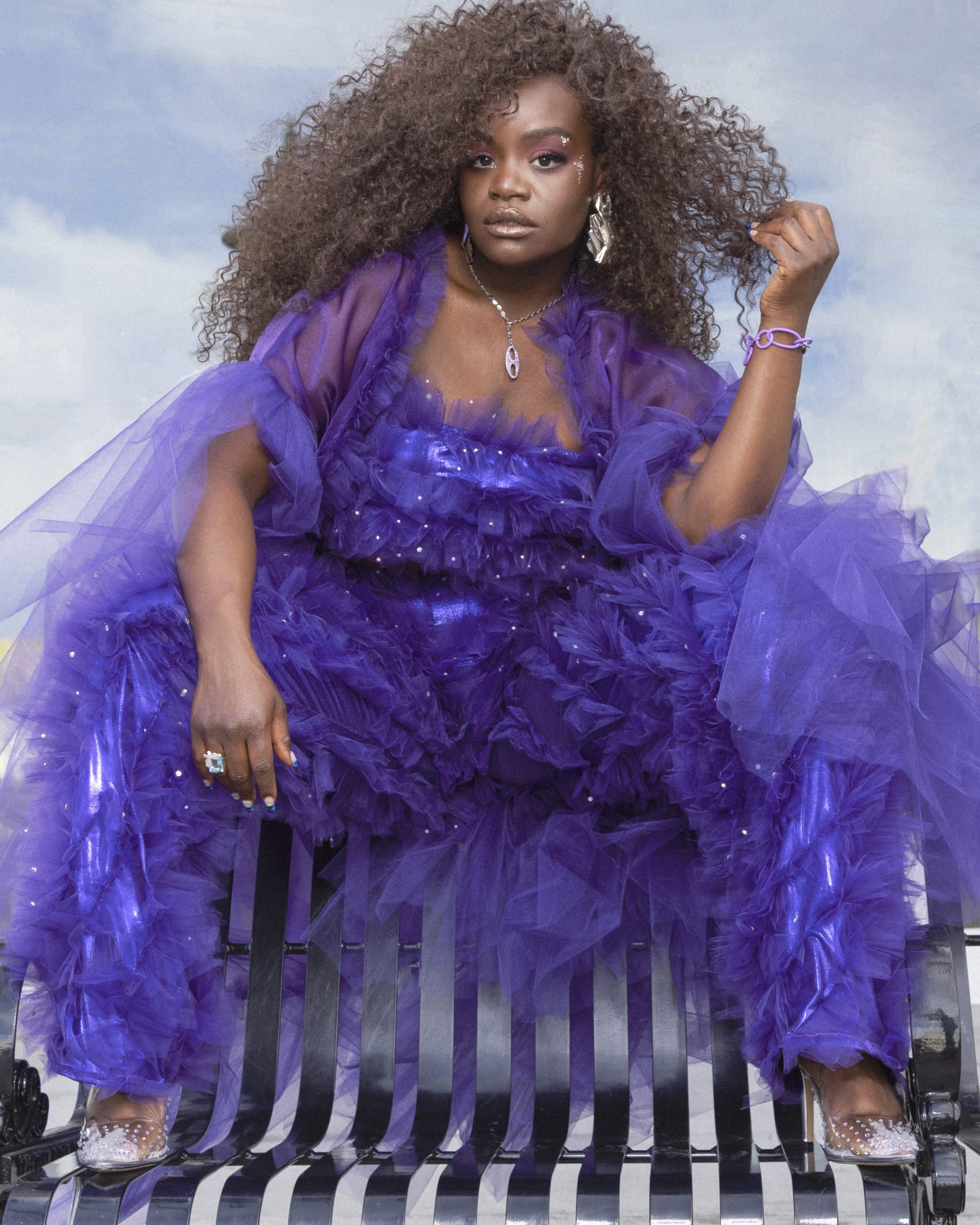 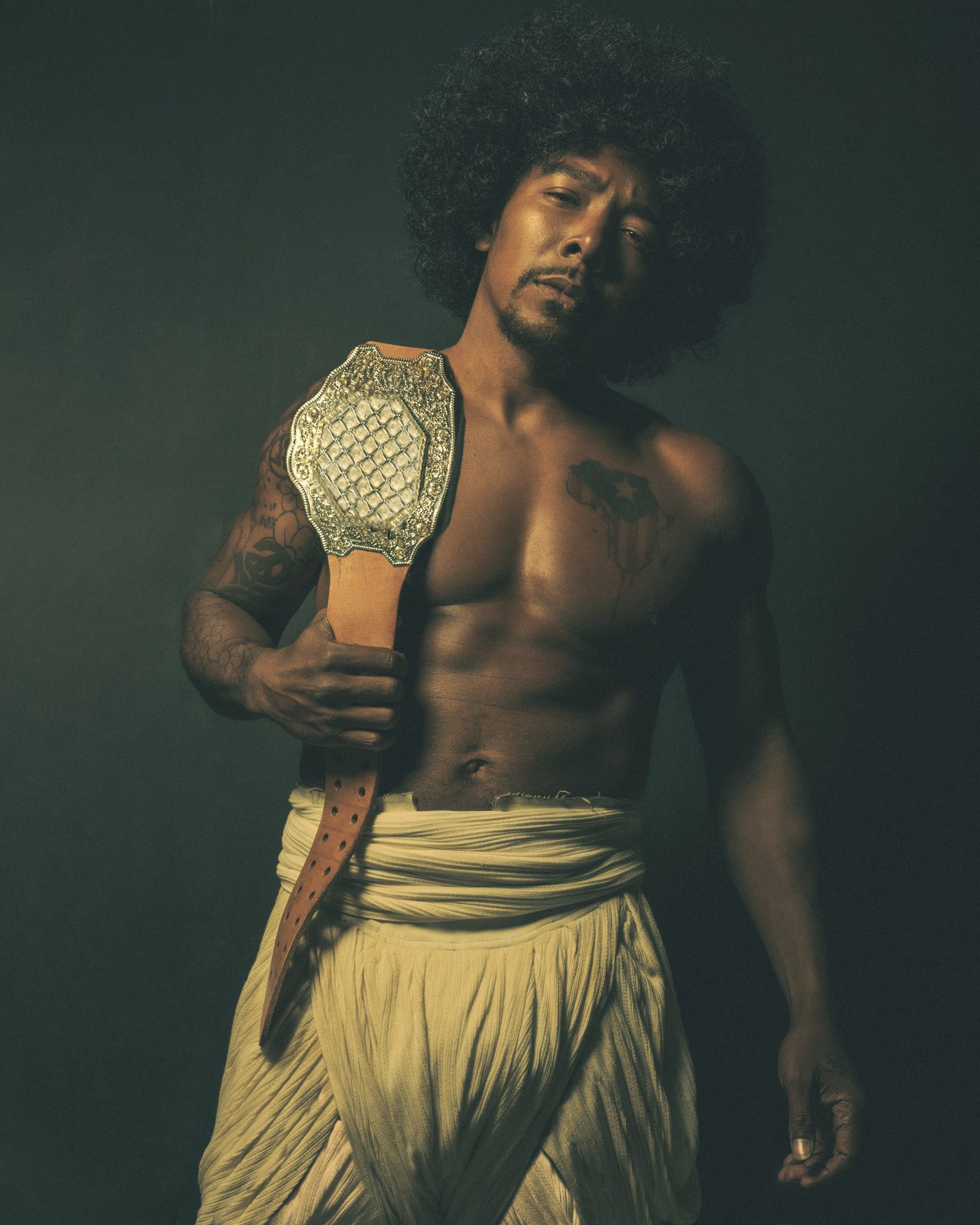 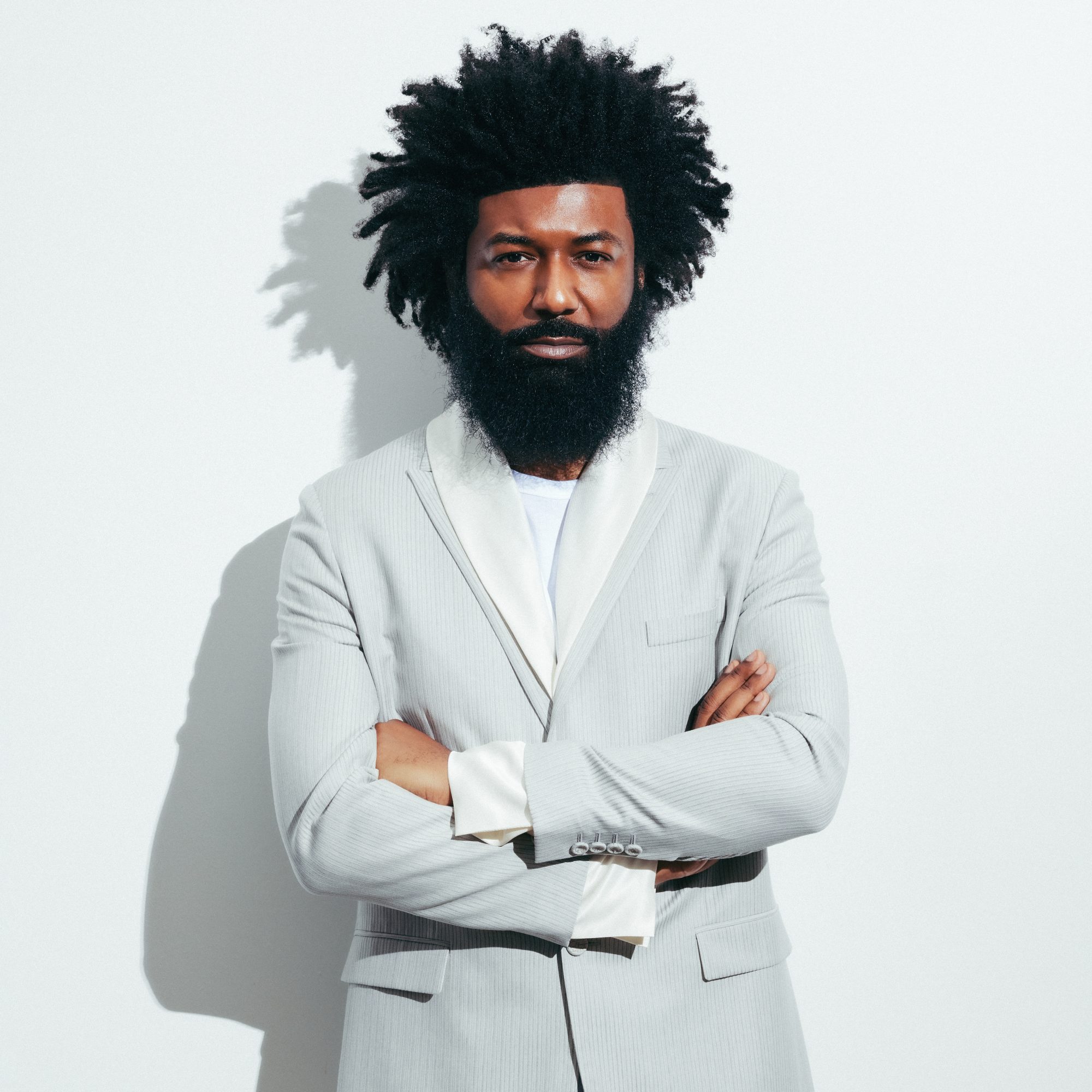 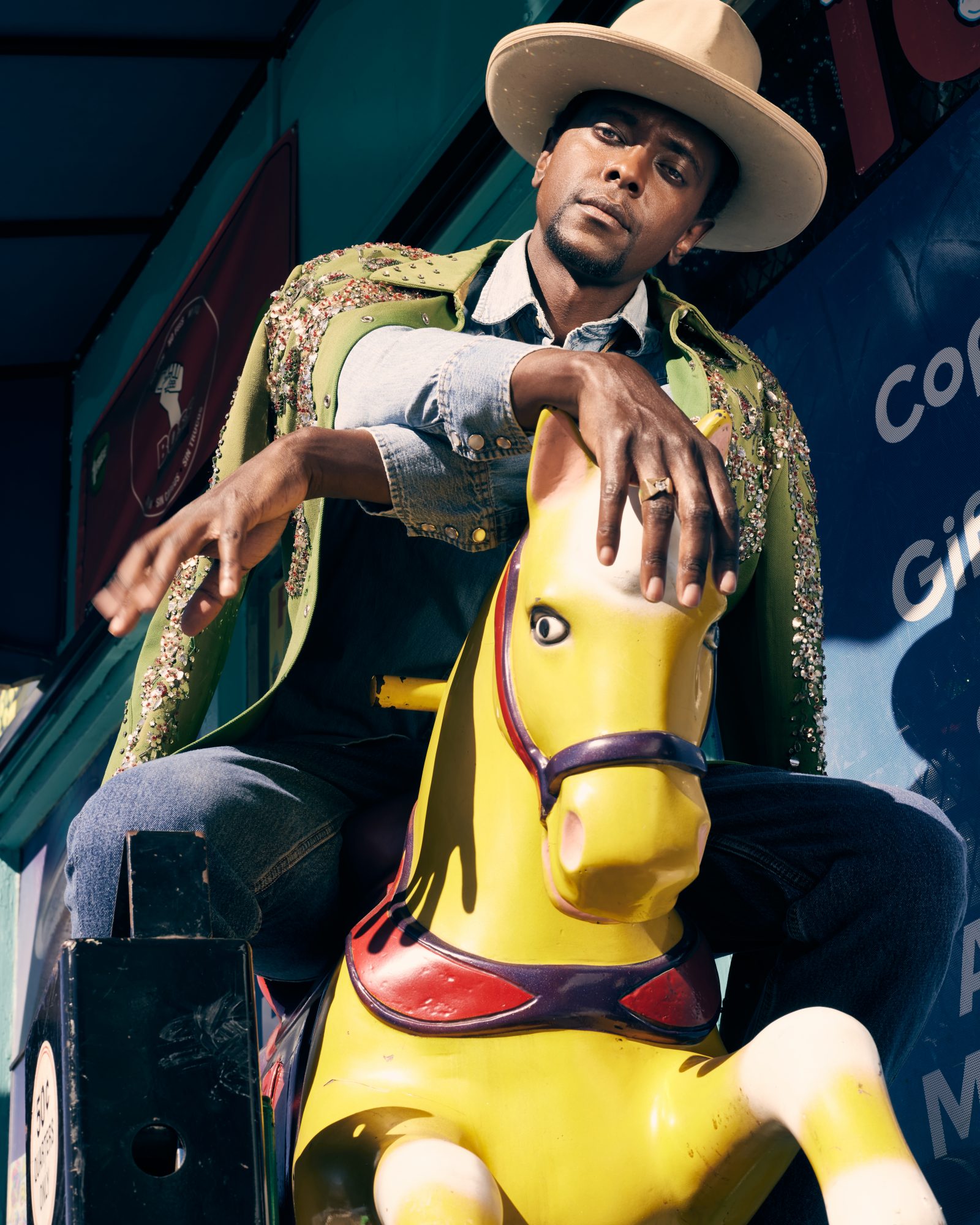 Edi Gatheg, @iamedigathegi
The Harder They Fall & the series Start Up, both on Netflix 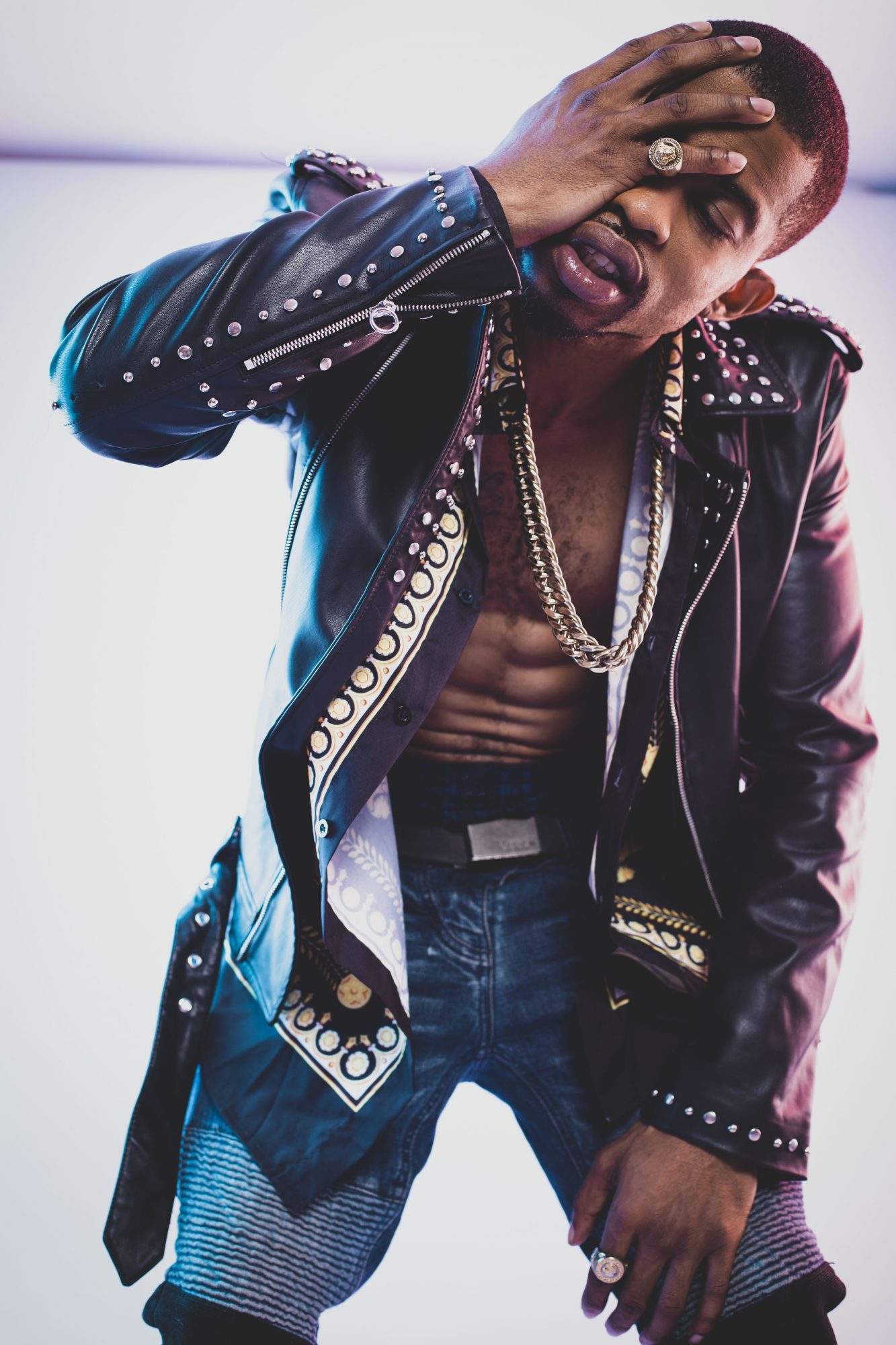 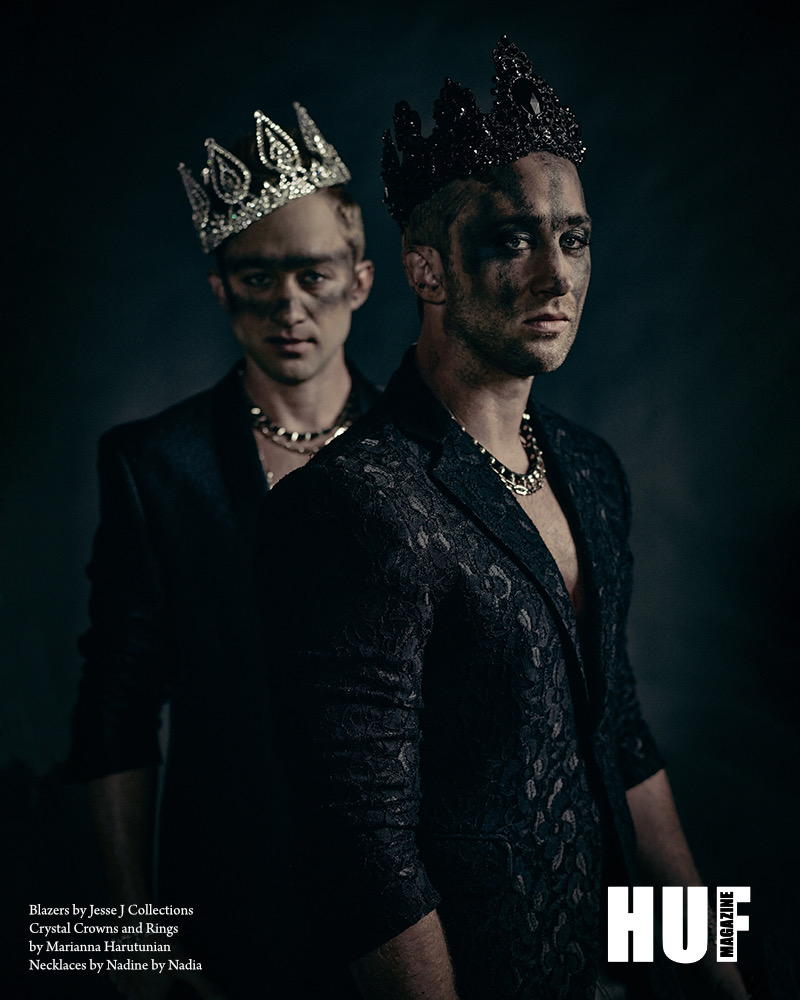 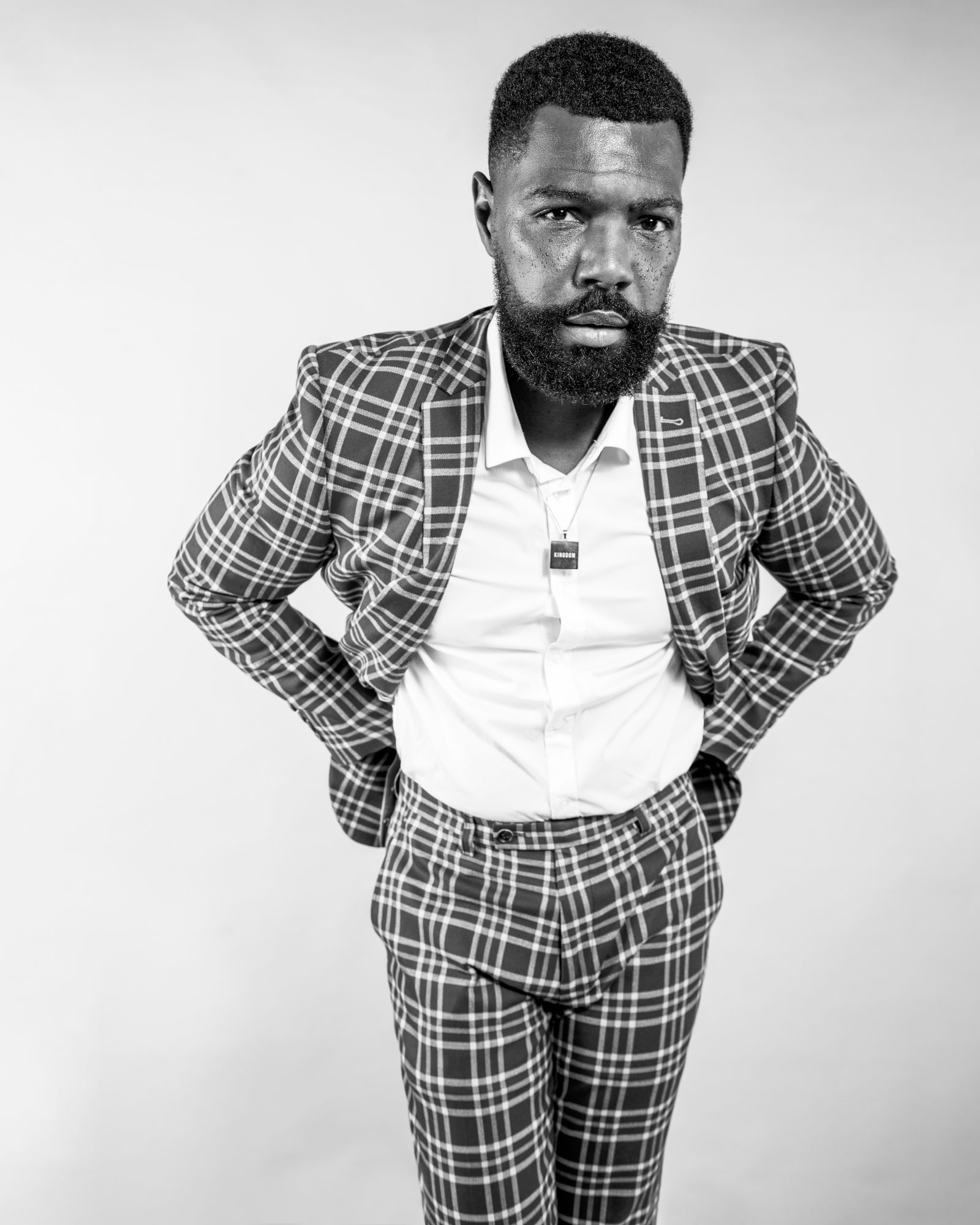