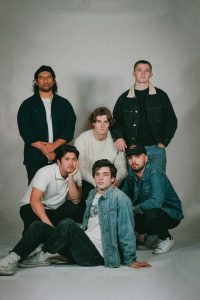 Hello RAYLR, it’s an honor to have you on the platform. Thanks for taking the time to share your story with us – to start, maybe you can share some of your backstories with our readers.
We met while attending Azusa Pacific University. We have all been friends for years but did not start making music as a group until 2020. Guitar player Taylor Warnecke and, Richard Guinta had been living and playing together for a couple of years and decided to start to write together. One session birthed a song called “Radio Silence,” an unreleased RAYLR that you might hear at a live show from time to time.

In that same year, Richard and keyboard player Justin Watson sat down and wrote “Safe One,” which would go on to be our first single released in 2021. The final piece of the puzzle before the band officially formed was the original demo of “What We’re Here For”, our second single released in 2021, being shown to bassist Brendan Grellman and drummer Garrett Morris. It was a song I had written and demoed out a year prior but had not worked on since. I asked if they wanted to track some live bass and drums on it, and they were in. At that point, “Safe One” had already been in production for a while, and they had tracked that too. During the time these two songs were being worked on, we all decided we wanted to go after this together, and RAYLR was born.

Our sixth member, guitar player Juan Valdez, joined after playing with us at a handful of live shows. From there, the six of us jumped into writing and recording a record that we recently finished and will be out early next year. We’ve had a ton of support from our APU family, they are a huge reason why we are where we are currently. Our manager, Lauren Brasesco, is also a huge part of our team and has continued to push us and support us. She is why we have gotten to do the things we have so far, we are so thankful for her!

Can you talk to us a bit about the challenges and lessons you’ve learned along the way? Looking back, would you say it’s been easy or smooth in retrospect?
The biggest learning curve for us so far has been managing our time. Writing and recording a record has been a new experience for all of us, and learning how much time is necessary to make it happen the way we wanted it to has been a big undertaking. We all have had to slowly figure out how to prioritize it amid each living busy lives outside of the band. Balancing six schedules is not the easiest task, but it forced us to learn quickly how to value the time we do get together. Learning how to listen to each idea offered and keep working at things until there is a collective sense of satisfaction is also not a light undertaking. But I think struggling through the discomfort that those things bring only strengthens a group that is committed to the same thing, which certainly has been the case for us these first two years. On the flip side, five of us lived together for the entire time this record was being made, with the sixth living just down the road. Getting to experience all of the firsts of starting a band and writing music, and playing shows with your best friends is one of the best things I could think of, and getting to do it out of our home was extremely special.

Alright, so let’s switch gears a bit and talk business. What should we know about your work?
We are a band that makes music reflective of a variety of musical backgrounds. Some of our biggest influences include The 1975 and John Mayer. We’ve grown up playing different musical environments, everything from CCM and rock music to modern reggae and jazz. This contributes to a unique quality I believe we bring to the table, which is not being strictly confined to a single sound or genre. It is more fun to pull from all of these backgrounds and create our own sound that showcases our roots while making something new. We’re still a young group, but in these first two years, we’re most proud of finishing this EP. It was a long process in which we learned a ton, and I’m so excited for these songs to be out and shared with everyone.

We’d love to hear about any fond memories you have from when you were growing up.
Richard Guinta (frontman): It’s always hard to pick one memory, but my favorite must be backpacking in the White Mountains of New Hampshire with my dad and brother. Every year we would head up there and spend a few days hiking and living up on these peaks that were a huge part of my childhood.

Justin Watson (keys/bgvs): playing super smash bros and Pokémon pearl with my brother on Saturday mornings is a favorite to look back on.

Taylor Warnecke (guitar/bgvs): There’s this one time I pooped in my bathtub when I was a kid hoping that my brother would go take a shower and slip on my poop when he stepped in. 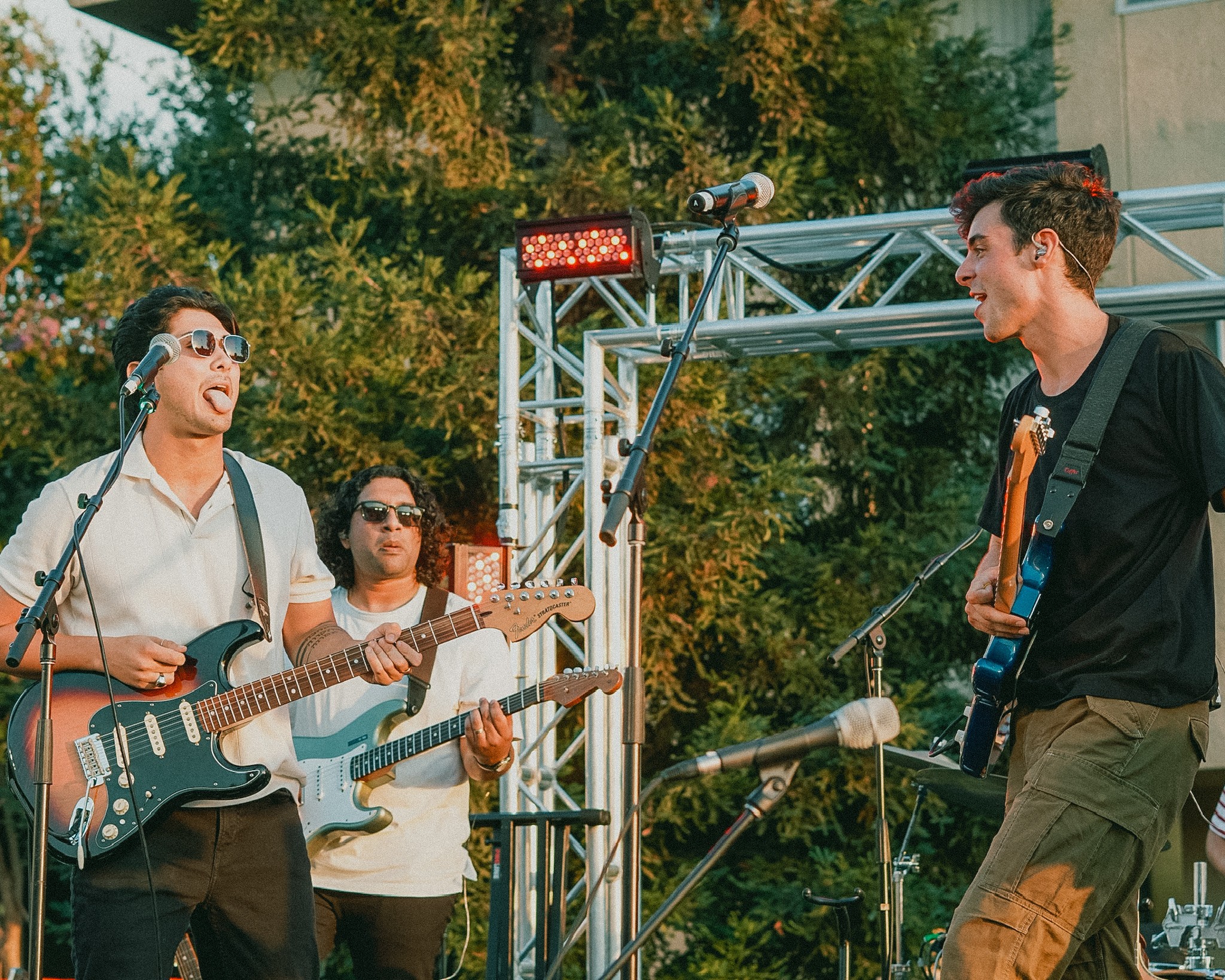 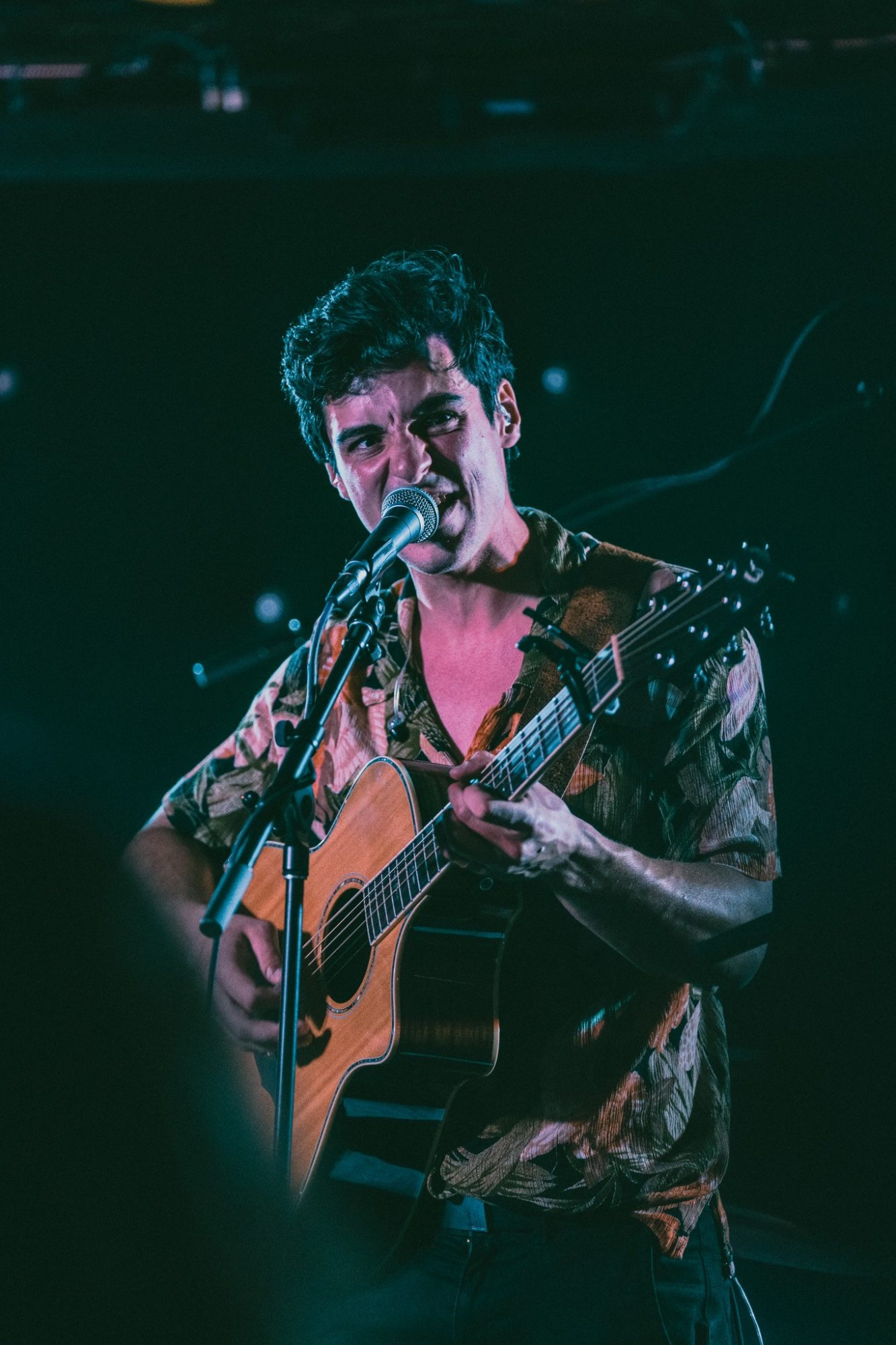 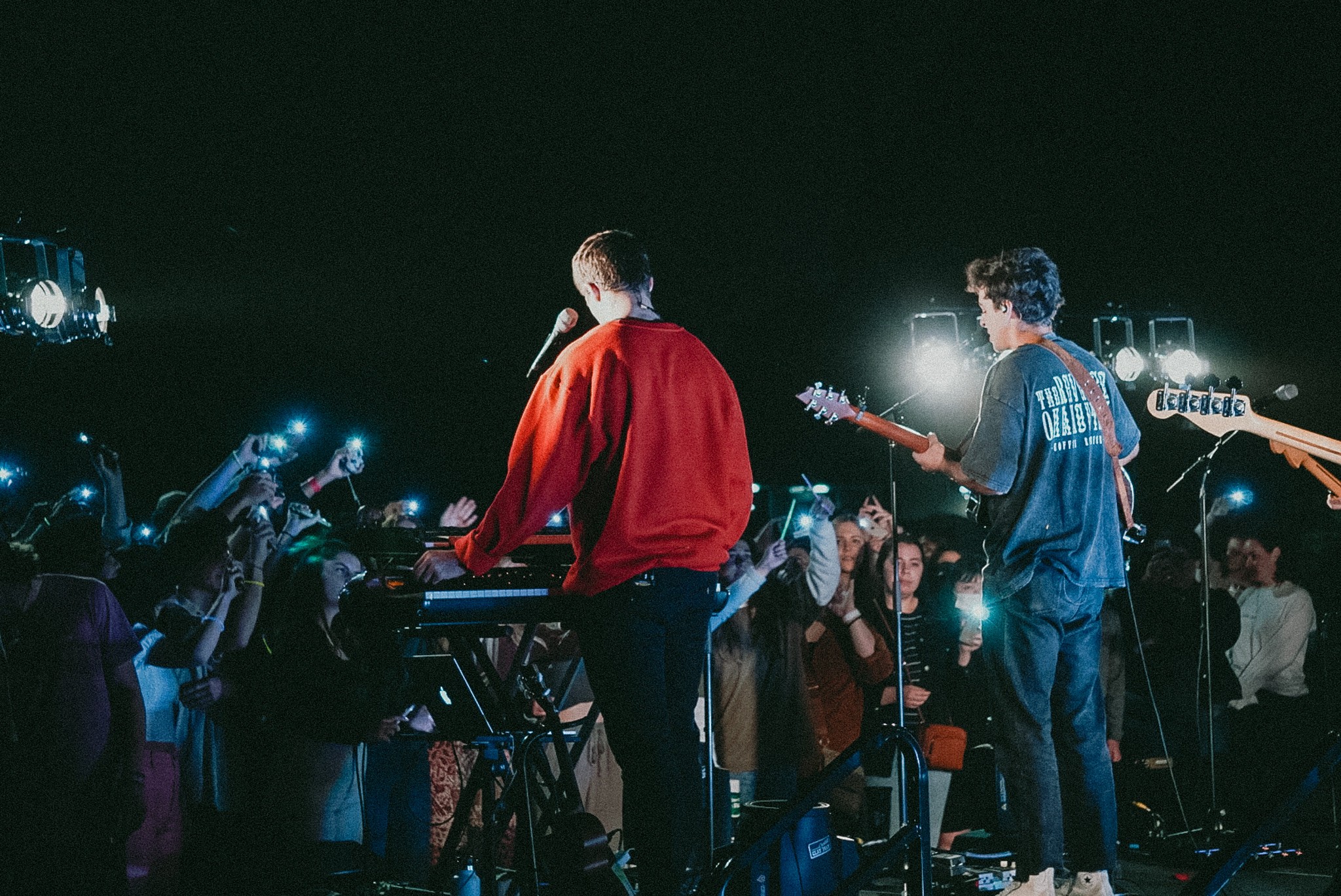 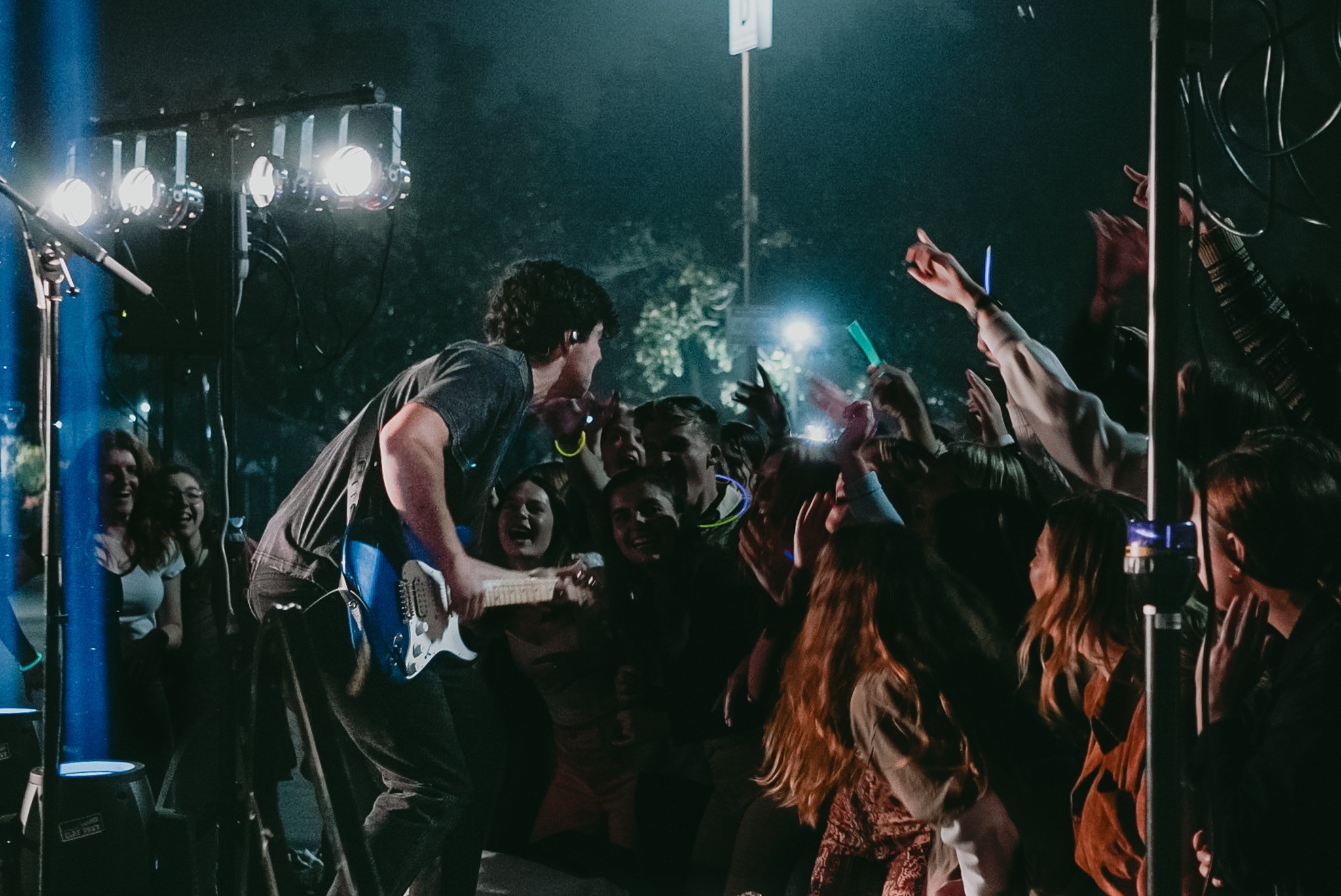 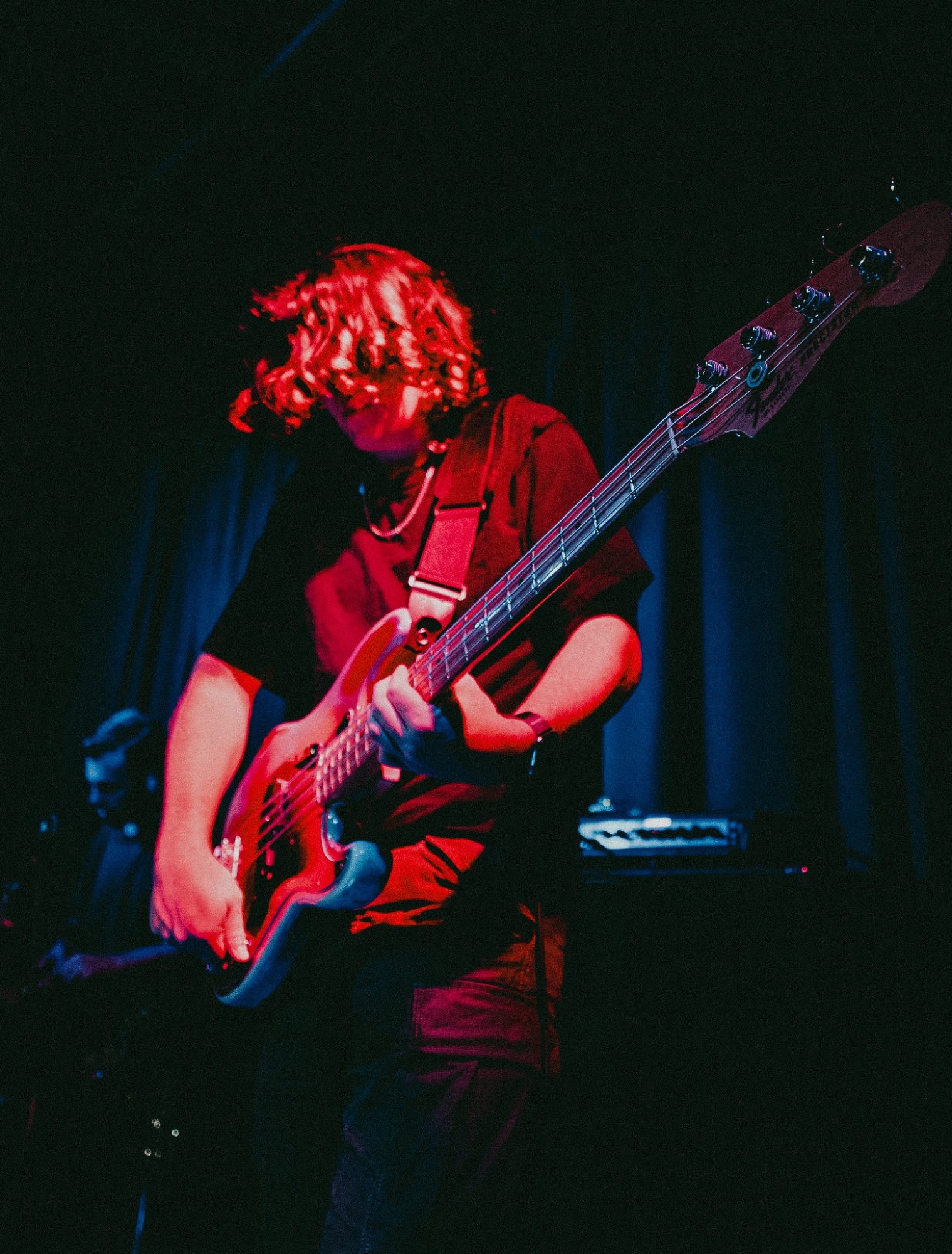 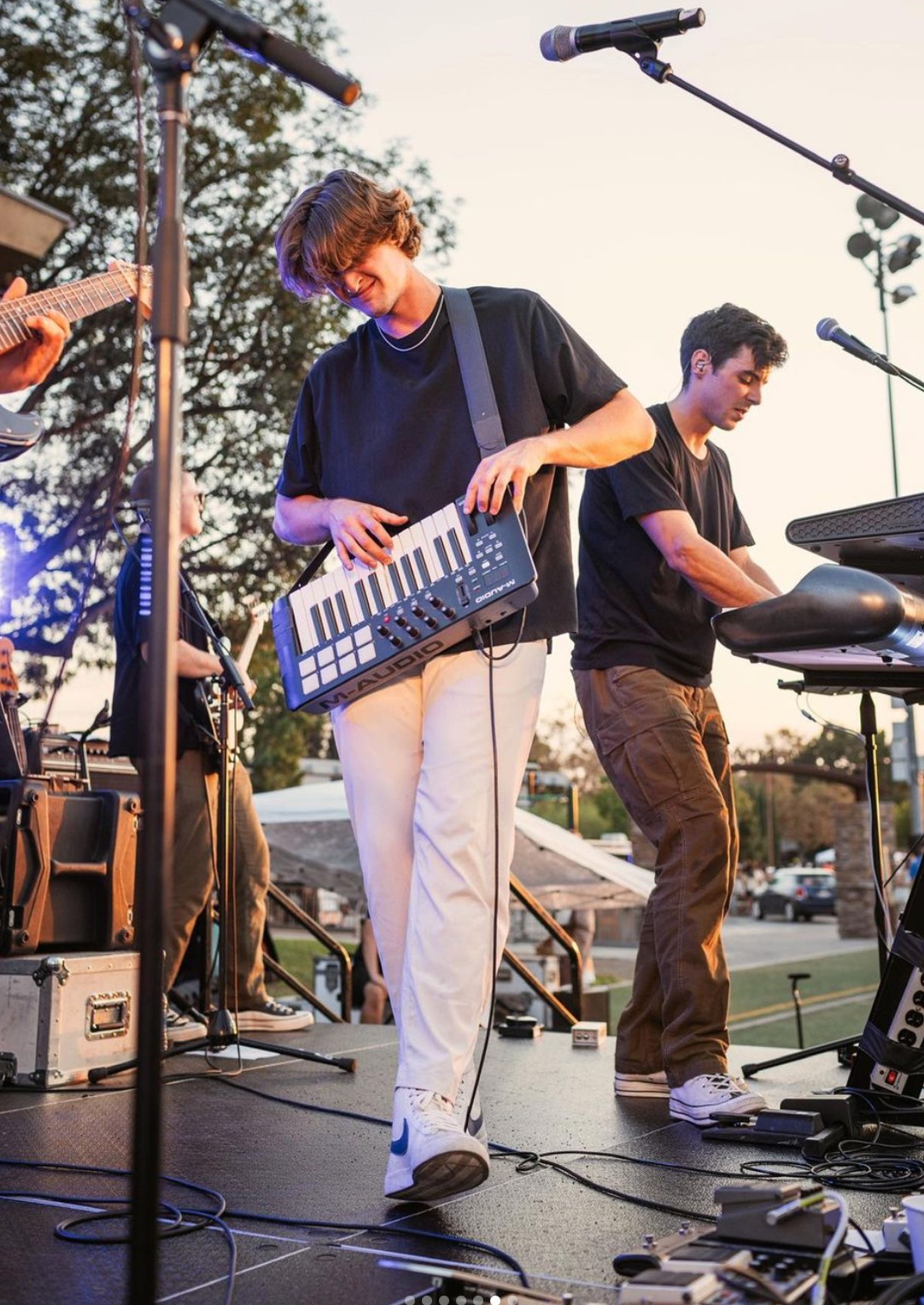