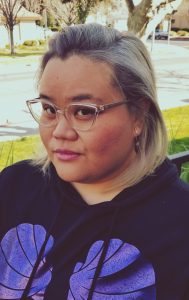 Today we’d like to introduce you to Penelope Gaylord.

Alright, so thank you so much for sharing your story and insight with our readers. To kick things off, can you tell us a bit about how you got started?
I was born in the Philippines but I grew up in the Washington, DC area. I went to college for graphic design because it was as close to “art” as I could get, but I didn’t really know yet that I could turn art into a career. I started my career in the comics industry completely unintentional at first. After doing a bunch of comic conventions, I was able to do some work for publishers like IDW and Boom Studios. But after I attended my first animation convention years later, I knew that I had to be a part of the animation industry. It was the first time in my life at that point that I really knew where I needed to be. My husband and I moved out here to LA about five years ago after he got a job at Warner Bros Studio. And since then, I’ve made the transition from working in comics to doing character designs for studios and toys, creating visual development art for series pitches, and now I’m actually developing a show with my husband and our third studiomate. I’ve also worked on children’s book illustrations for Penguin Random House since I’ve moved out here and currently working on a couple of titles for DC Comics as well. I guess comics will always be a part of my life, no matter where I am in my journey.

We all face challenges, but looking back would you describe it as a relatively smooth road?
The journey to get here has always been a fight for me. Immigrating from the Philippines, my family just wanted me to follow their idea of a “stable and steady” path to success. Art was not part of their vision at all. So the support for my choice to follow it wasn’t really there for a long time. Coming from the Washington DC area, I didn’t have any mentors that were doing this sort of thing. There weren’t any school programs that prepared me for any sort of career path towards animation or comics or really any art in general. Oftentimes it was discouraged. After leaving college, my husband and I really had to figure a lot of things out on our own. We realized early on that we had to work harder than everyone else in the room to just get noticed. I have to purposefully seek out and network with the right people in animation just to get some eyes on my work. Hustling hard to get the work that I’ve gotten is nothing new to me, but the “hard” makes me appreciate everything just that much more.

Alright, so let’s switch gears a bit and talk business. What should we know about your work?
I’ve done some comic book covers for titles like “Adventure Time” and “My Little Pony” as well as some comic book interiors with my husband. I’m also currently working on a couple of titles for DC Comics. One of my favorite projects that I’ve worked on so far has been illustrating the “Captain Marvel” Little Golden Book for Penguin Random House. That was the first children’s book I illustrated for them, followed by an “Avengers” title. The editors gave me a lot of creative freedom to draw the story in my own style, but my favorite part about it is when people showed me their kids reading and enjoying the books. It’s always great to know that your work is appreciated but there’s an extra level of joy to know that it has the potential to inspire a new generation.

Any big plans?
In my future, I’m looking to bring stories that I’ve created with characters that look like me to people’s screens. I am a huge advocate for diversity and representation in animation, particularly in movies and shows for kids. I want to be a part of that change, not just on screen but also behind the scenes, and particularly at the top. I’m in the process of developing a series for a studio with my husband and our studiomate. This is our first chance at doing this in animation but I know it won’t be the last. 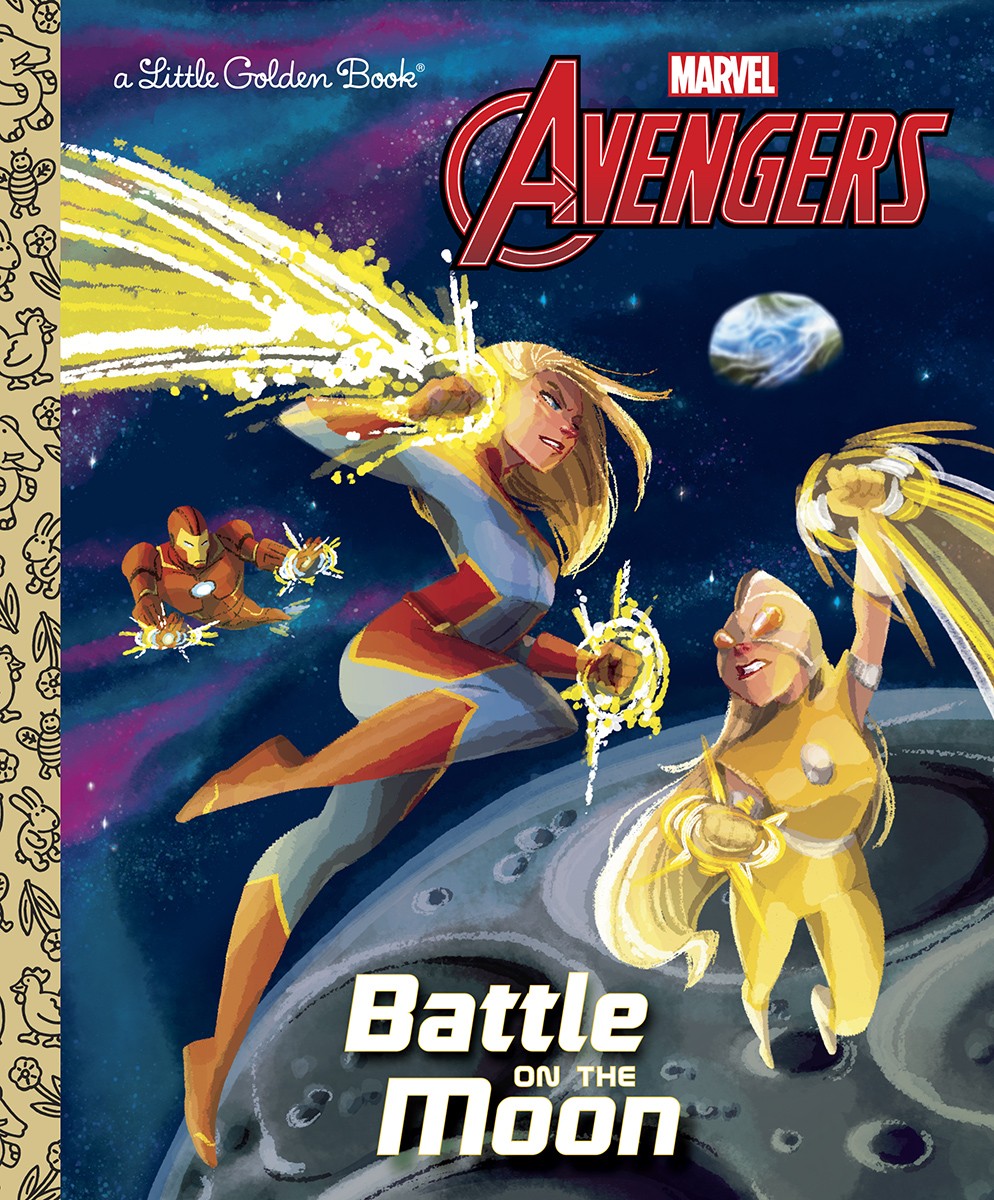 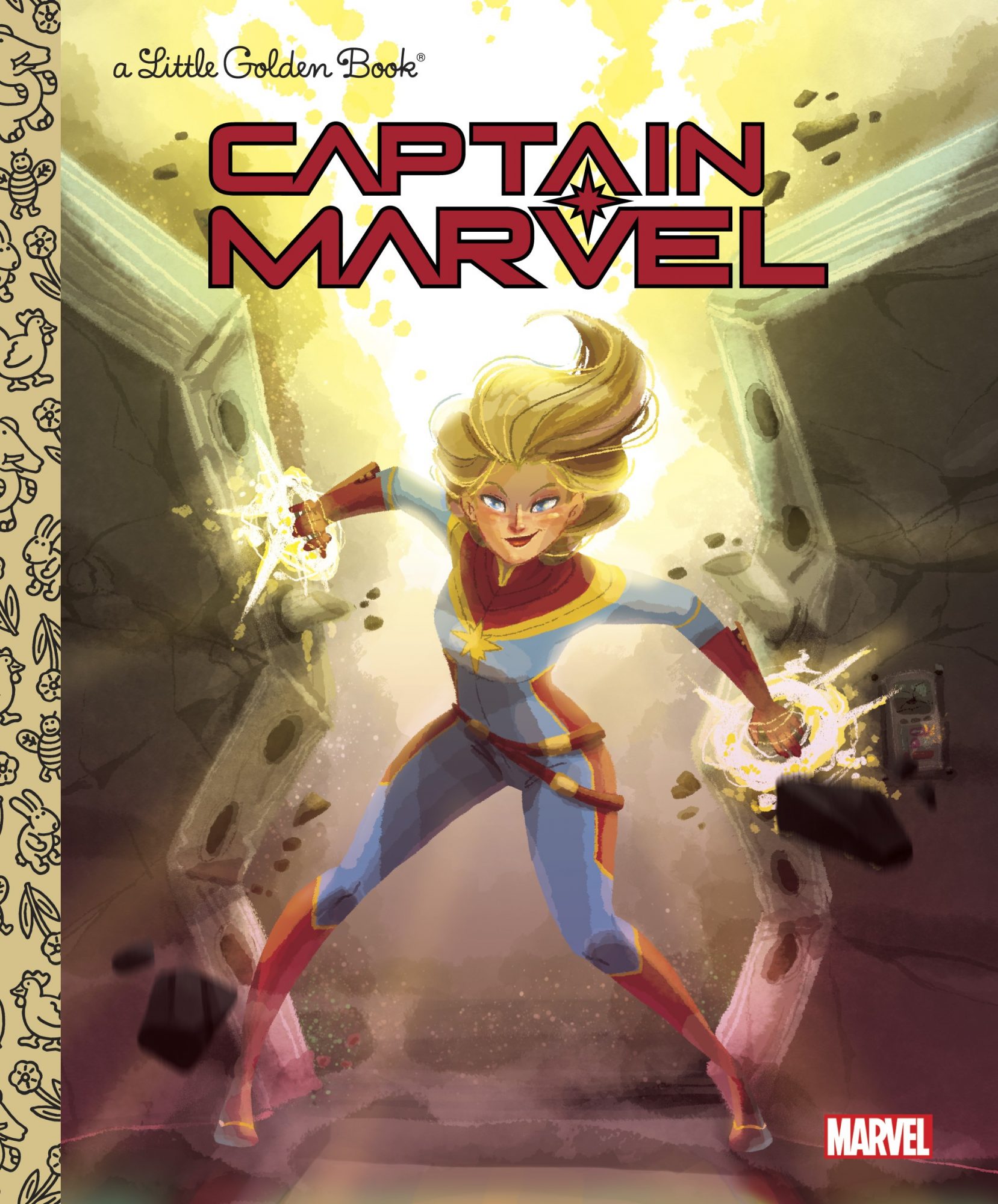 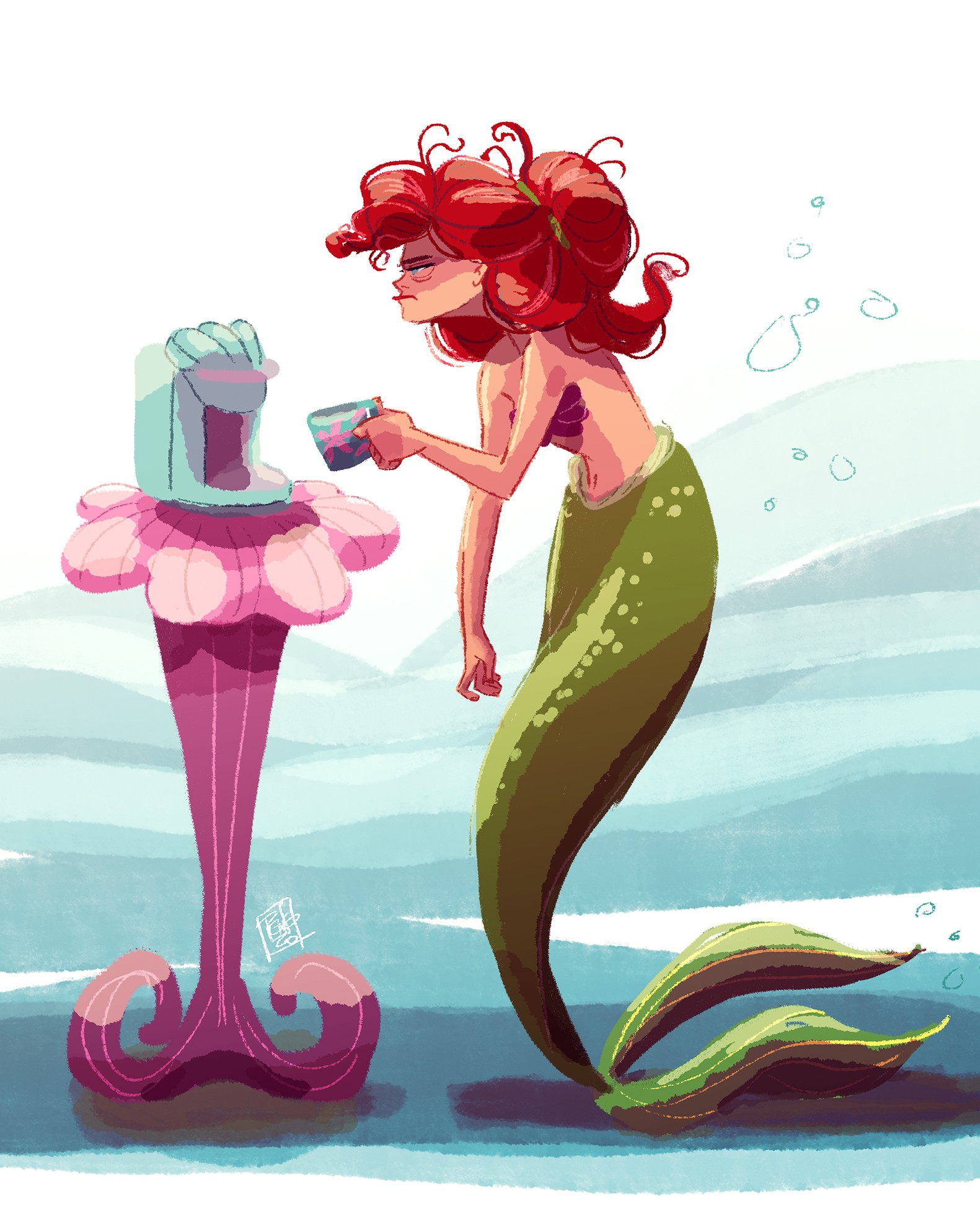 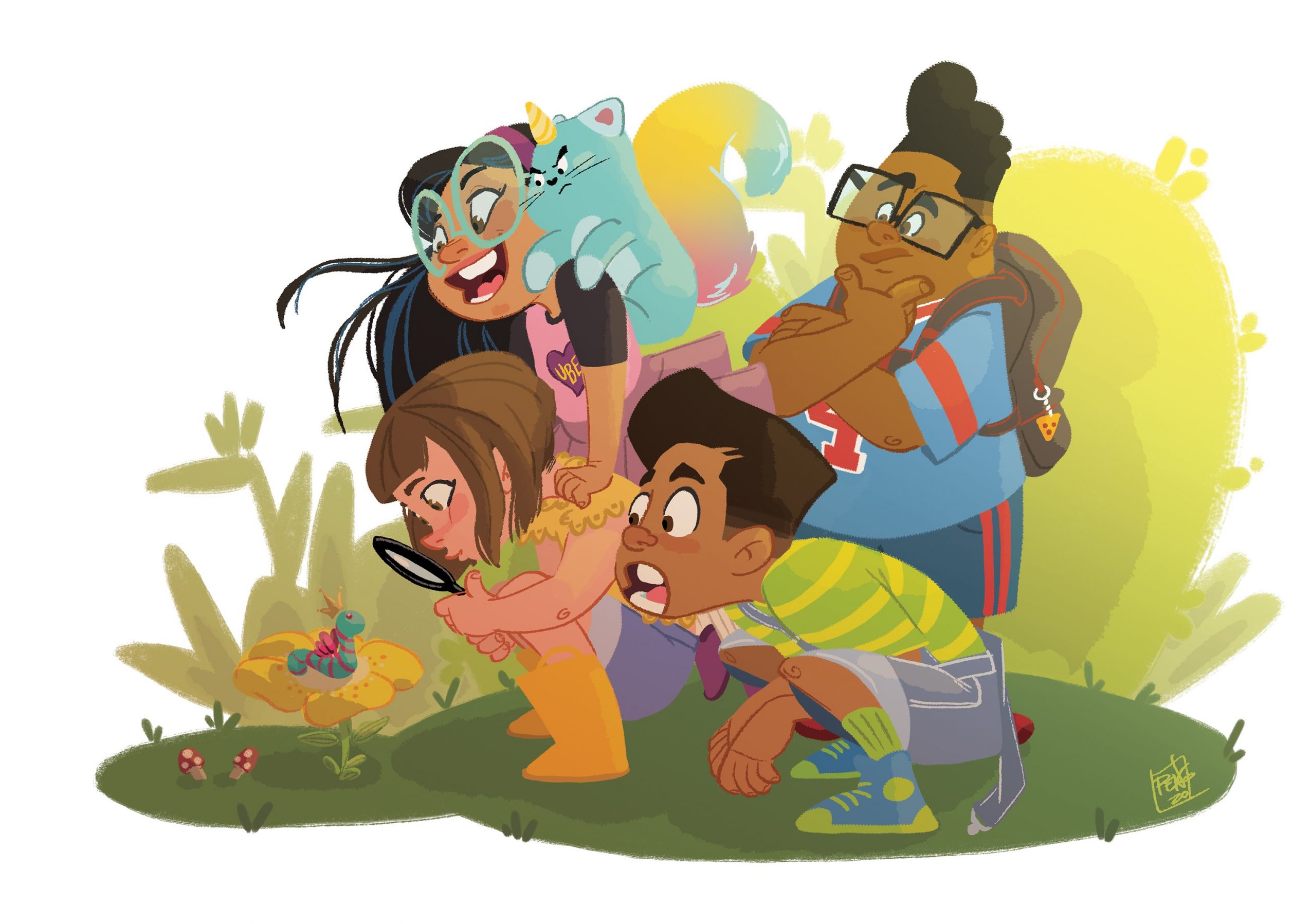 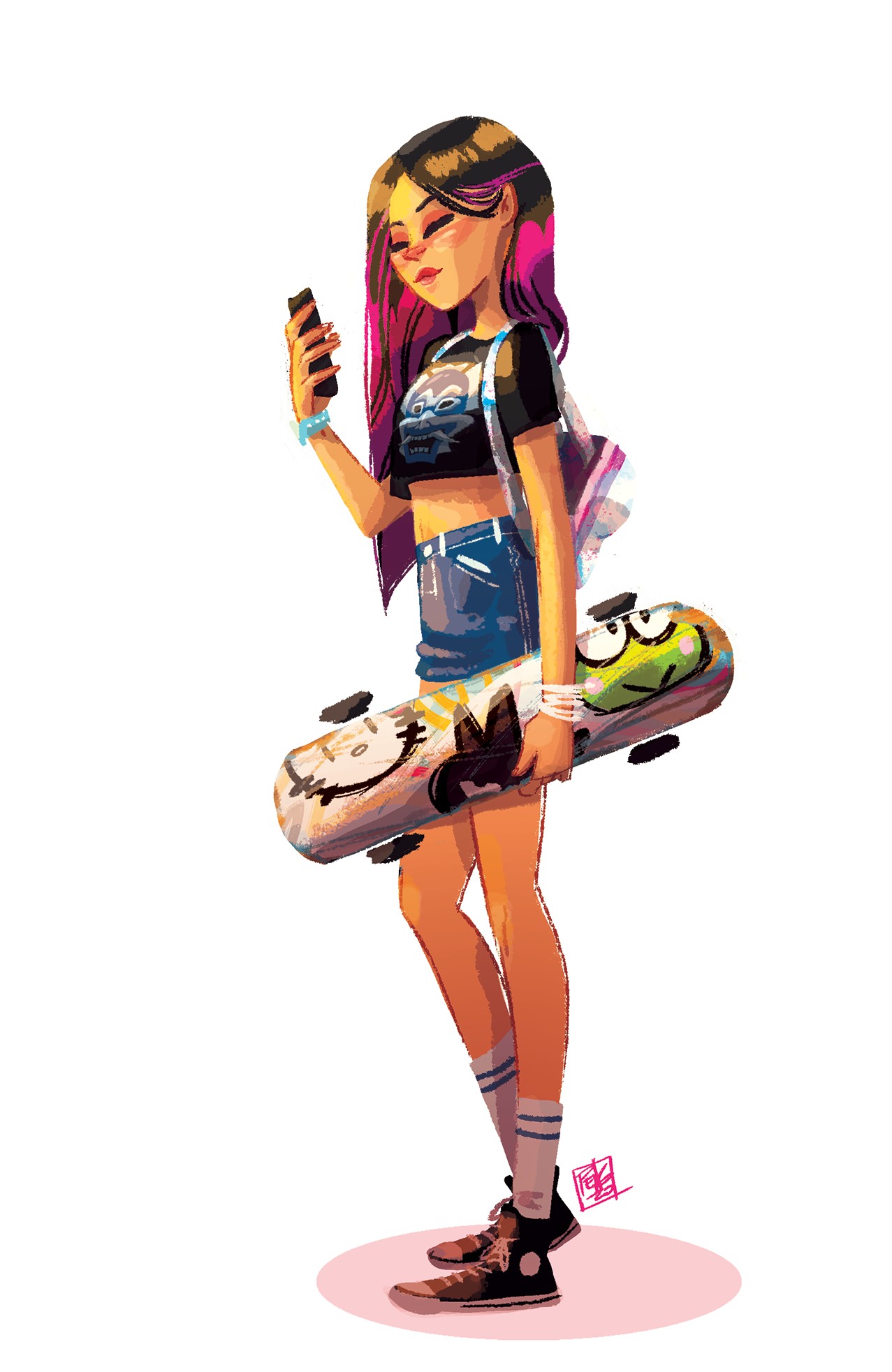 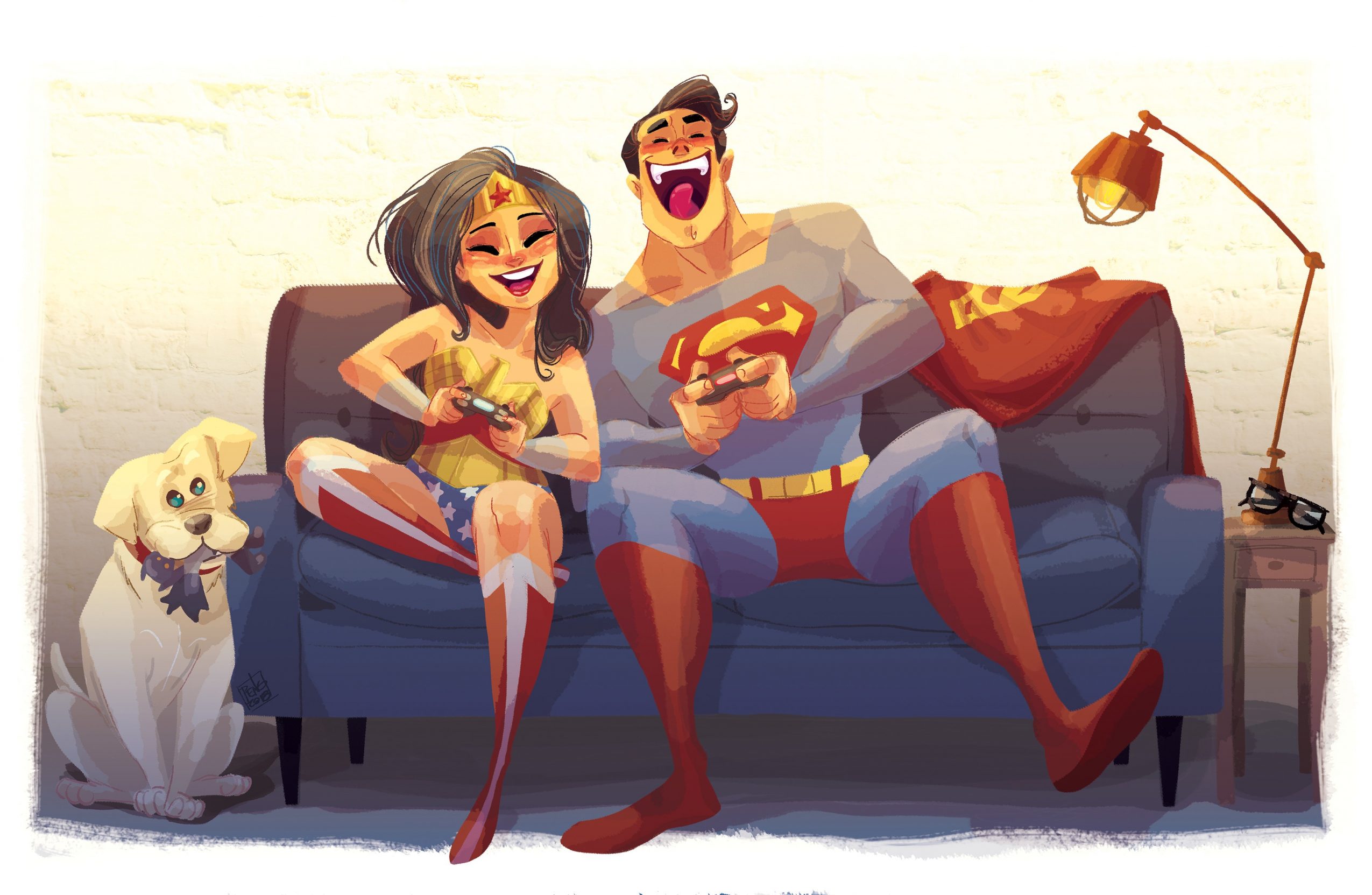