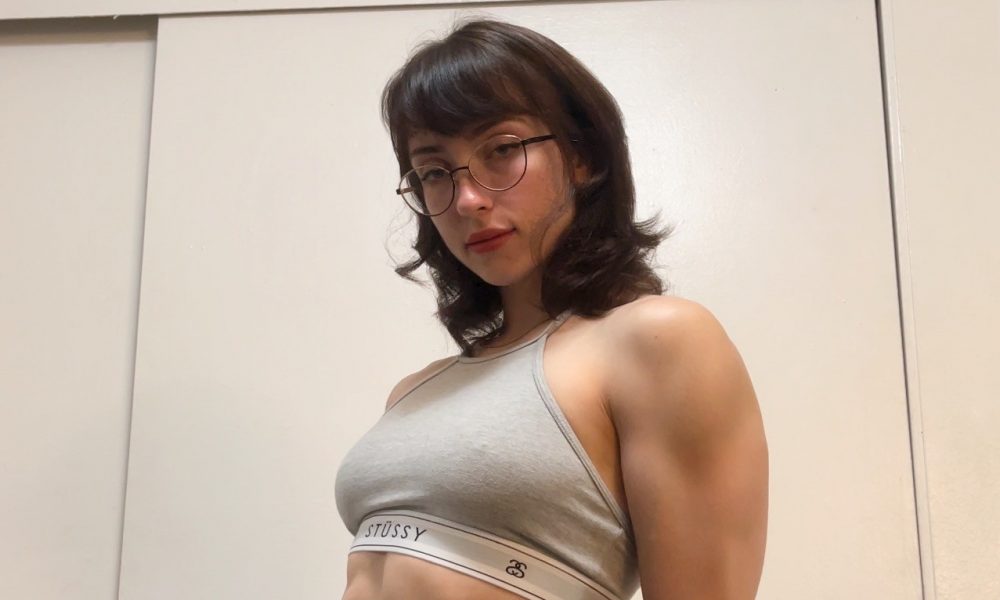 Hi Patty, it’s an honor to have you on the platform. Thanks for taking the time to share your story with us – to start maybe you can share some of your backstory with our readers?
I started doing sports from a very young age. Specifically competitive gymnastics. That consumed the majority of my time as a child. After quitting in high school, I was very disappointed in myself and did not know how to function without rigorous activity. I also almost immediately developed an eating disorder after quitting. So I asked my dad to take me to the gym. He took me and was like “Here it is. Have fun.” I pretty much never stopped going after that point (besides several months in high school when I couldn’t and then again in 2020 when gyms closed due to covid). I never wanted to compete in anything again after gymnastics (I didn’t even enjoy competing in that) so I just work out for fun pretty much.

I also never ever would’ve thought someone would look at me and be like, “that’s cool! I want to be like her!/Do what she’s doing!” I think maybe because the gym had always been such a private, secluded thing to me in the past (I’d work out alone. Had a very, very limited network at the gym and even then, I didn’t really want to talk at the gym nor talk about the gym outside of the gym. I wouldn’t discuss the gym, I’d just do it). I think because of this, I was pretty disconnected from “gym folk.” I’m learning the community is actually very interesting and I still have much to learn. So it’s pretty neat to think I might be helping someone else out somehow with something I would be doing even if no one was watching.

Would you say it’s been a smooth road, and if not what are some of the biggest challenges you’ve faced along the way?
My “path to fitness” immediately started out rough. The basis was being really disappointed with myself. I also didn’t understand why you needed to eat if you weren’t extremely active. Nor did I know very much about proper nutrition at first. For a while, even after I learned all about nutrition and whatnot, it was very hard to come to terms with it and change my thinking patterns. After overcoming the initial, dangerous mindset, I just dealt with body dysmorphia. Which I still deal with today.

Since kinda gaining some views on the internet, of course, not all the attention can be positive. I find even the intended insults to be a mixed bag. Most of them make me laugh tho. Especially ones saying things that kind of suggest I’m trying to look a particular way (either more muscular or leaner or less leaner, whatever the comment maybe). Because half the time, I don’t even know what my goals are! They’re so fluctuating! So I do find it very funny when strangers comment on my body goals as if they know my intention better than me (I don’t even know what I want). THAT is a huge challenge. If you don’t stay on a particular path to reach a goal for at least a certain amount of time with fitness, you probably won’t hit any goals (or they’ll take way longer or you’ll just circle around in this weird goalless purgatory). My lack of clear mental vision is a huge obstacle, I’d say.

As you know, we’re big fans of you and your work. For our readers who might not be as familiar what can you tell them about what you do?
I guess I’m known for fitness content. I try to make things informative because I don’t really like the idea of providing content without at least trying to help someone. It’s been an interesting experience because you really don’t know how much you know until you meet someone who knows less. Then you can help someone. You also don’t know what you don’t know till someone asks something you’ve never even thought about or struggled with. It’s a continuous learning process. I’ve been in fitness for a long time and am always learning something myself. I, personally, never turn someone down when they try to show me something new (if I already know what they’re talking about, I think it’s nice to let someone share information they’re excited about and be excited with them!) I also make some anime-related content mostly on Tik Tok sometimes. That one is purely for fun and I just started because people requested it. A lot of people actually find motivation in certain animes so maybe that’s also a way of easing them into fitness. Either way, I am amazed by the support and incredibly honored that people find me either inspirational or like me for some reason.

What matters most to you? Why?
I think what’s most important is feeling good in your own skin. Regardless of your physical goals or whatever stage you’re in reaching them, it’s also good to work (and yes, “work” because it’s not easy) on your mental wellbeing. As long as you’re content with yourself, anyone else’s opinion on you doesn’t matter. Only you’re there with yourself every second of every day for the rest of your life, so why cater to anyone else? I don’t know if that sounds cheesy. 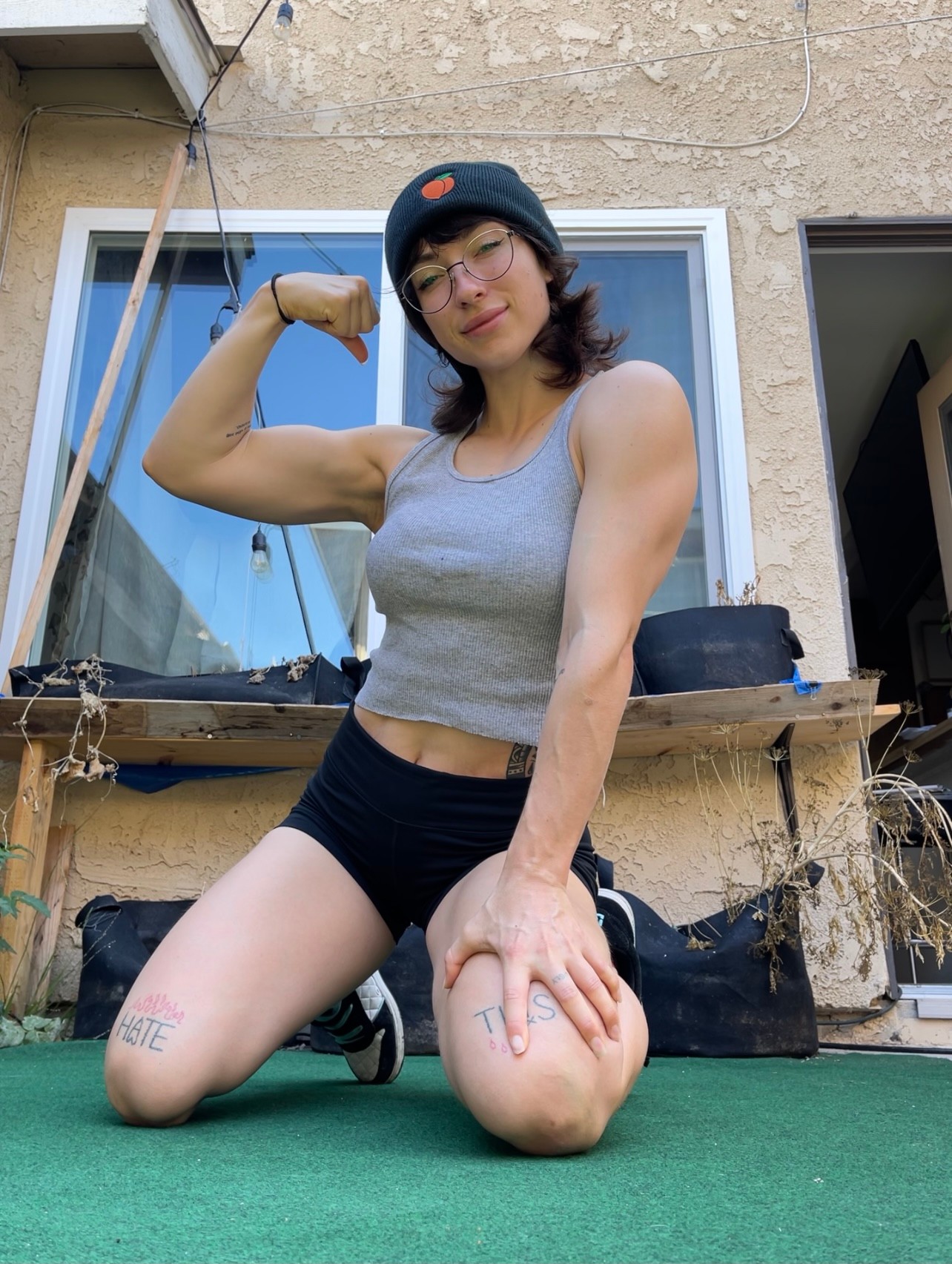 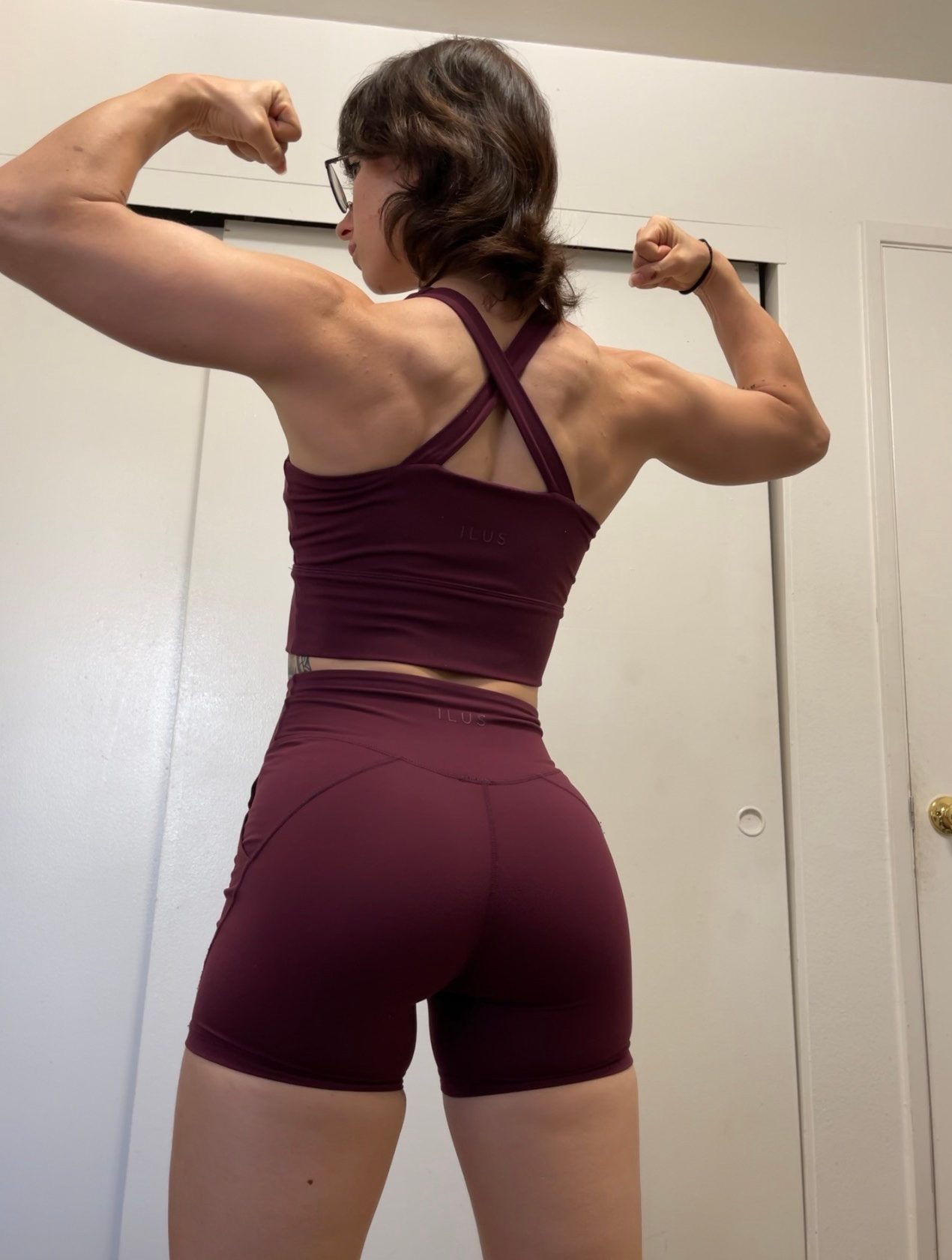 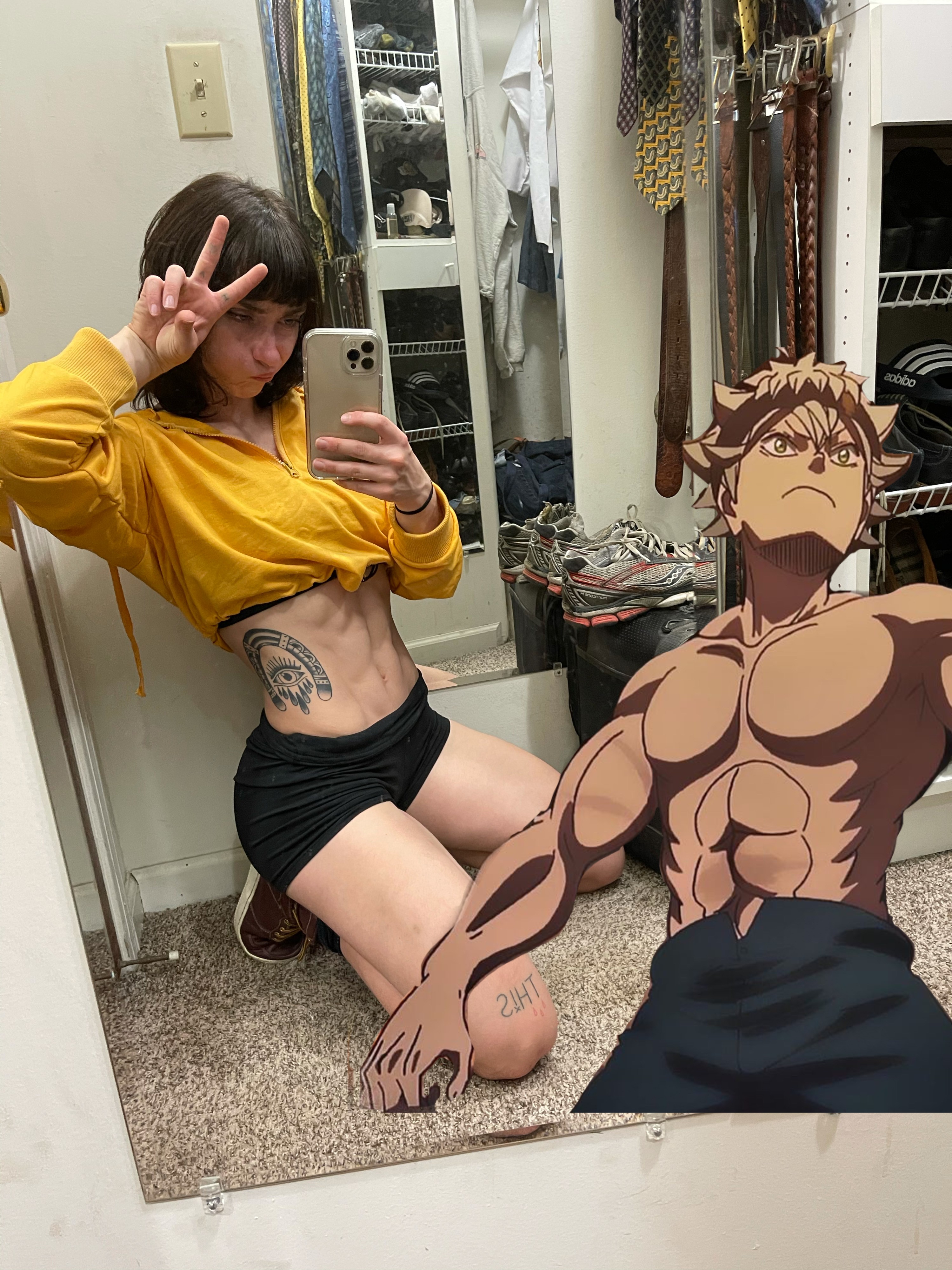 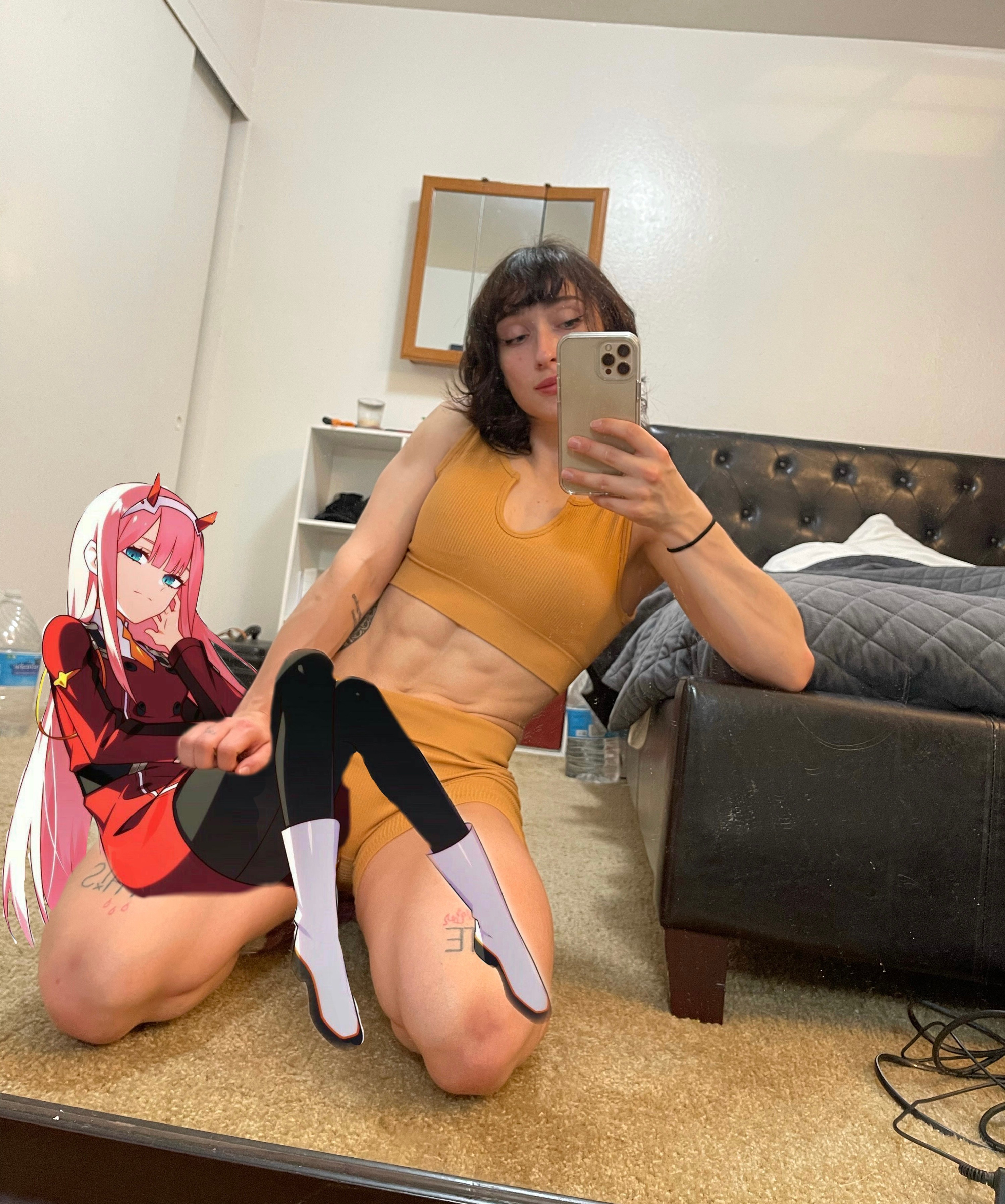 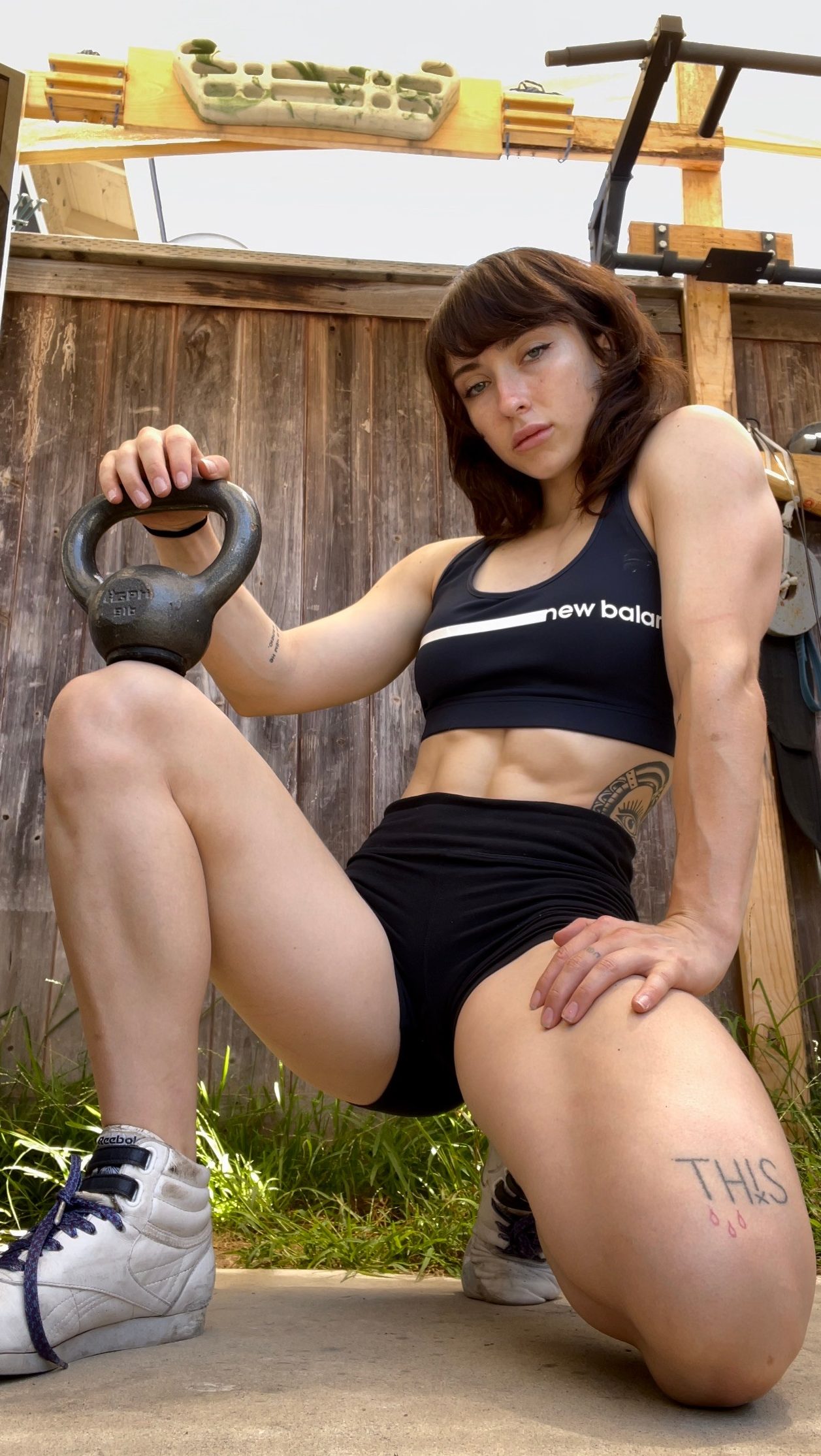 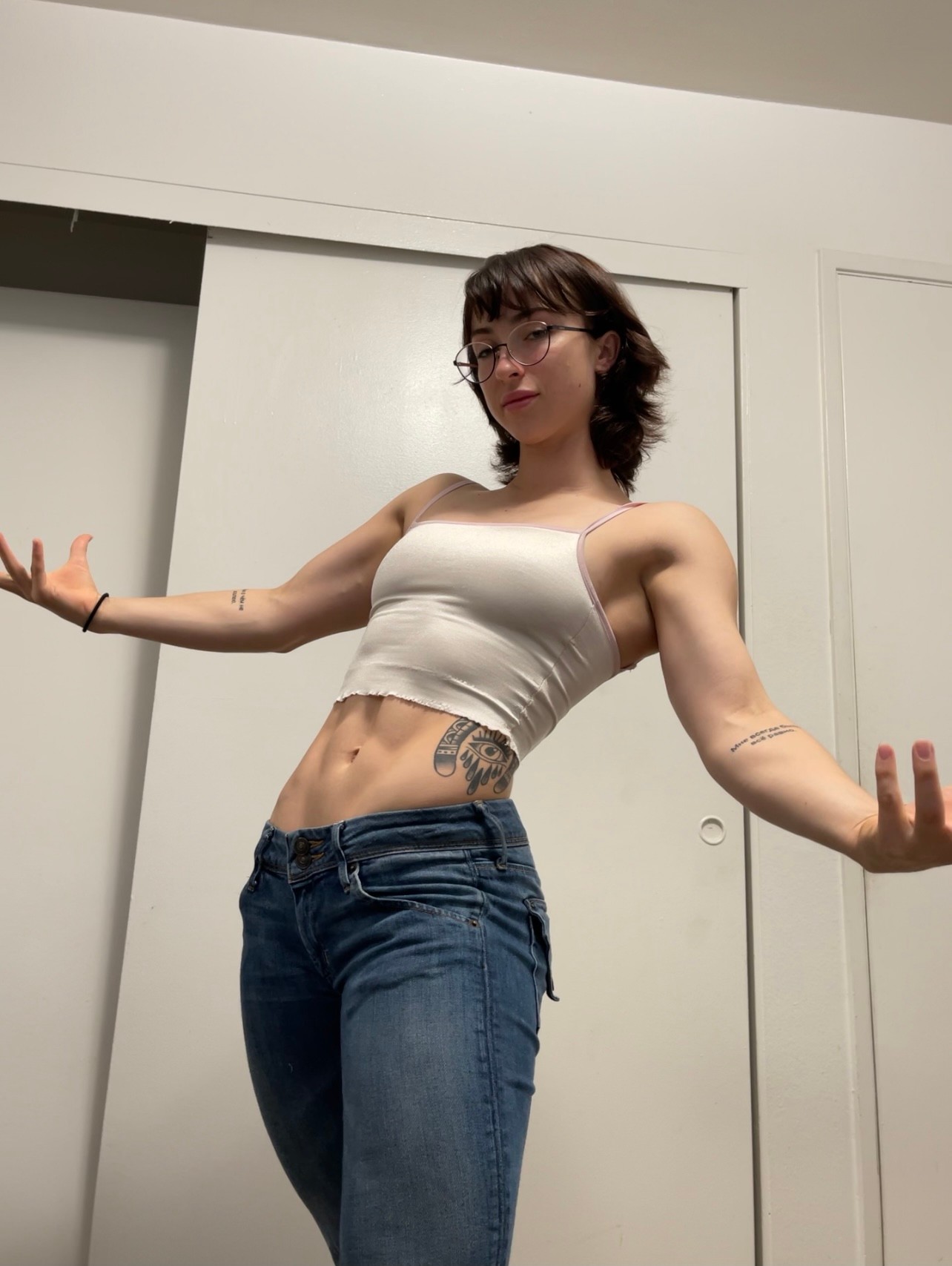 Image Credits:
The anime characters are from Black Clover and Darling in the Franxx.