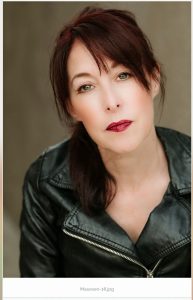 Today we’d like to introduce you to Maureen Davis.

Hi Maureen, it’s an honor to have you on the platform. Thanks for taking the time to share your story with us – to start maybe you can share some of your backstory with our readers?
Well – the backstory has now culminated into something really cool!  My friend Dave Rogers and I created the first Rock & Roll Musical Episodic Radio Play — using 15 years of my life in music from my Alt Country Outlaw Band THE FLUTTERBIES and my rockabilly act MAUREEN & THE MERCURY 5. We want to to give voice to NEW rock & roll theatre writers and employ musicians and actors with quick pay turnaround, using the popular podcast format with an old-timey twist. We just launched a crowdfunding campaign to be able to raise the necessary funds for production. The deadline is September 24th!  I hope your readers will support us by making a contribution in any amount at https://supportourstory.com/a-falling-star-at-buzzards-roost-a-rock-roll-radio-play-episodic-podcast

My mom died last year and I’m so sad she won’t get to see this new show – she always said “be anyone – do everything – go everywhere”. Mom sang opera and Big Band and I used to dance to the Nutcracker in our living room. So I was singing and dancing right away. Theatre/Dance/Music major in college – quit to move to NYC.

Within one month, I was working in the fashion industry 8am to 4pm, playing off-off Broadway 8-10pm and singing live band karaoke in a Japanese after-hours club til 11-1am.  I was unstoppable — and really really really tired LOL Soonafter I made a home in cabaret clubs – Don’t Tell Mama’s, The Duplex, Broadway Baby – and was offered an audition for LITTLE SHOP OF HORRORS in Boston. Worked my way up from left branch of the plant to all three urchins (as a Cyndi Lauper character) to Audrey — but I was too short and fat to play the lead, so worked better as an urchin. On Mondays, we would take the train to NYC to see what Broadway shows were auditioning at the Actor’s Equity Building. I crashed one, got a callback, and ended up on Broadway as Bernadette Peters’ stunt witch in the original, Tony-winning cast of INTO THE WOODS.

During all this time, my estranged father came back into my life – so when ITW closed, I moved from New York to LA – opened for comedians at Laugh Factory & Krazy J’s with a kind of Shirley Temple-meets-Marilyn Monroe act. Met Paula Keane (Giorgio Moroder Project) and toured Japan & Russia and played Carnegie Hall with her on a world piece tour featuring world-renowned vibrophonist Gary Burton, Japanese vocal quartet The Dark Ducks, a Russian dance & balalaika troupe and a full Japanese orchestra. We’re still close and currently working on a kid’s album called SLEEPYLAND BAND and she is in my band THE FLUTTERBYES — starring in the radio musical too!!

Did even more theatre in LA before fully focusing on music — favorite was “voice of Stella” in STREET CAR NAMED DESIRE at Deaf West Theatre starring Oscar-winner Troy Kotsur from “CODA”, with director Debra Lavine, who also cast me in Mark Governer’s amazing rock musical THE SCARLET LETTER.

Got a job at Trax Recording (now Private Island Trax) – met David Scheibner (Little River Band writer) and began writing TV/FILM music — followed that with internship with Chase Rucker Music (“POWER PUFF GIRLS” “DEXTER’S LAB) and got a publishing deal with Marc Ferrari of (Keel and “Wayne’s World”). To date, I have over 200 songs placed in film/tv.

After touring a bit (MICHELLE SHOCKED, THE FLUTTERBIES), I took a job at the School of Rock and I’ve been teaching for 11 years. What’s great is that we’re all professional musicians and can still tour and record – and the kids love it! They call me Mama Mo.

But let’s talk about the underground dance scene! Spent 7 years in the 50s-60s retro scene but now sometimes emcee select shows for the Hollywood It Girls, as a 1920s time traveler named Too Loose La Twamp (cus you can never be too loose or too “twampy”). We do burlesque shows and my favorite, Burlesque Poker — streamed on youtube — with cohost/comedian Paul Preston.

I’m sure you wouldn’t say it’s been obstacle free, but so far would you say the journey have been a fairly smooth road?
Struggles……

HOW TO PAY THE RENT! During the TV writer’s strike,  parents could not pay for music lessons and I could not place songs in the film, so I would work 7am to 3pm at Trader Joe’s and then teach 4-9pm at School of Rock. I eventually stopped when I broke my thumb in a horror film.

My elderly aunt died and left me some money, so for the three months my arm was in a cast I recorded THE FLUTTERBIES album w/Bart Ryan and Grammy-winning engineer Seth Atkins Horan. Two of those songs — FAITH IN RAIN and HUMMINGBIRD HEART – were prominently featured in George Clooney’s Oscar-winning film THE DESCENDANTS.

DATING! Soooooo hard…..the biggest problem with dating is my hours: I teach 3-9pm and sometimes have gigs. Not many 9-5-ers dig that schedule so I end of dating actors and musicians which my mama may have warned me about. Ok – truth: she definitely warned me about.

I DID A FEW UNFORGETTABLE SHOWS WITH FAMOUS PEOPLE:
I WAS SISTER KATHERINE (THE FUN NUN) for the promotional tour of CHATTERING NUNS OF ST. BERYL for Amazon Prime’s hit show “GOOD OMENS” with Jon Hamm, Michael Sheen and David Tennant. Sang lead on WE ARE THE CHAMPIONS https://www.youtube.com/watch?v=H0cXzzPqkdU&list=OLAK5uy_lVBtIk2lOvdTl8YhVmMlw6BLe_JsHHuTQ&index=3

DICK DALE – M&M5 opened for him and Lana Dale hugged me the entire song when he played “Amazing Grace” for her. She whispered, “that’s how he tells me he loves me. you’ll have that someday too.” She fancied herself a psychic. We ended up talking with Dick & Lana in the parking lot for an hour after the bar closed.

BIG BAD VOODOO DADDY – all my dance pals came out and we ended up in the promo film for the fest, featuring Dancee Angie (also my hair stylist / makeup artist).

We were written up in the STAR fanzene as the first female-lead rockabilly band in talk show history for AFTER DARK WITH JULIAN CLARK AT SECOND CITY. The show ran for six months!

I performed at the infamous Whisky A Go Go for seven years in Hollywood for ULTIMATE JAM NIGHT with members of INXS, PINK FLOYD, QUIET RIOT, KISS, DOKKEN, TWISTED SISTER…the list goes on.

WHAT SETS ME APART
Dancing and stage antics have always set me apart from other bands/musicians. I’ve even jumped off the stage into the arms of one of J-Lo’s dancers at one of my shows!

Hollywood tastemaker Reverend Martini once said, “I don’t know what to do with you….like the other rockabilly bands, I wanna dance but I love watching you. Have you thought of going back to Broadway?” That’s why Dave Rodgers and I wrote A FALLING STAR AT BUZZARD’S ROOST. The show sold out the Hollywood Fringe Festival,  as a workshop starring and directed by Kacee Clanton (Broadway’s Janis Joplin for 15 years). The new cast includes Kacee, my new all-girl band THE FLUTTERBYES and: Dave Foley (KIDS IN THE HALL, SUPERSTORE) Crissy Guerrero (IN THE HEIGHTS stage), Antonio Jaramillo (MAYANS M.C., SHADES OF BLUE), Gary Anthony Williams (RENO 911, WHOSE LINE IS IT ANYWAY, BOSTON LEGAL). Aaron Lyons (PULP SHAKESPEARE) stars alongside acclaimed Foley actor/designer Jeff Gardner. Richard Malmos directs and the whole shebang is co-produced with Allyson Sereboff of WE MAKE MOVIES and Jules Quass (JULES & THE HOWL).

Before we go, is there anything else you can share with us?
All my clothes are designed/styled by Nancy Hunt / BRAT Store in Santa Monica and Peter Graham Wright / Shrinestore of Hollywood. Had to give a shout out because they make me look so good!

And I’ll continue to be Mama Mo between sessions and concerts and tours, as I have for 11 years – teaching singing, songwriting, choreography, music theory – using Beatles and Muse instead of Beethoven and Mozart. I’ve gotten four kids to Broadway and 2 to American Idol and X Factor. I’m also working with several adult actors/musicians as well! I use vocal yoga techniques I developed personally with Dr. Dharma of Phoenix https://www.drdharma.com/ and a female yogi from Cabo St. Lucas. We sing using mind/body/spirit. I have synesthesia — actually chromosthesia — so I’m having great success with students getting out of their heads and singing “colors” instead of straining their voices to sing “notes”. Pretty remarkable.

Looking forward to sharing some amazing new music and giggles with everyone! And please do contribute what you can to our new production of A FALLING STAR AT BUZZARD’S ROOST!  Here’s that link again:  https://supportourstory.com/a-falling-star-at-buzzards-roost-a-rock-roll-radio-play-episodic-podcast 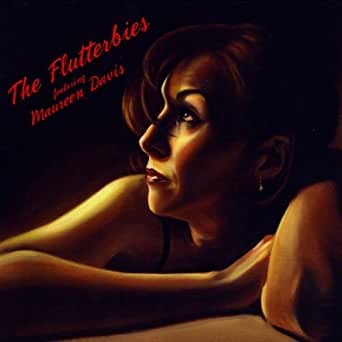 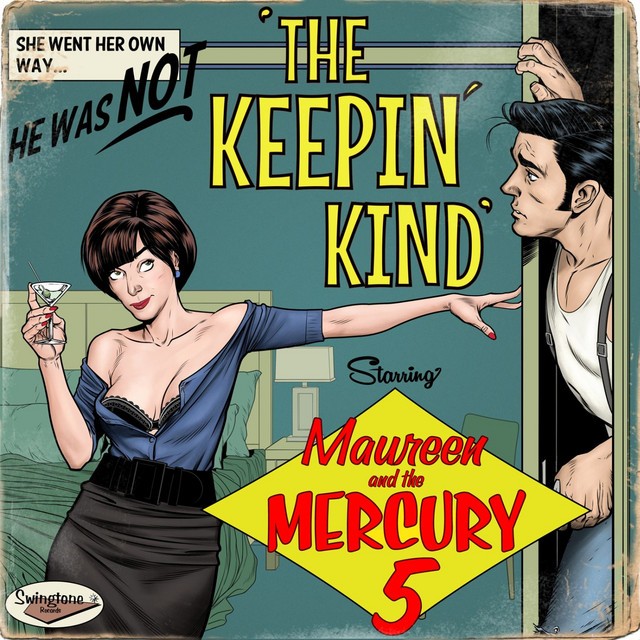 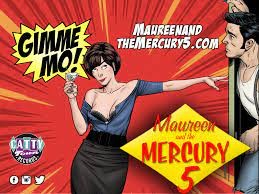 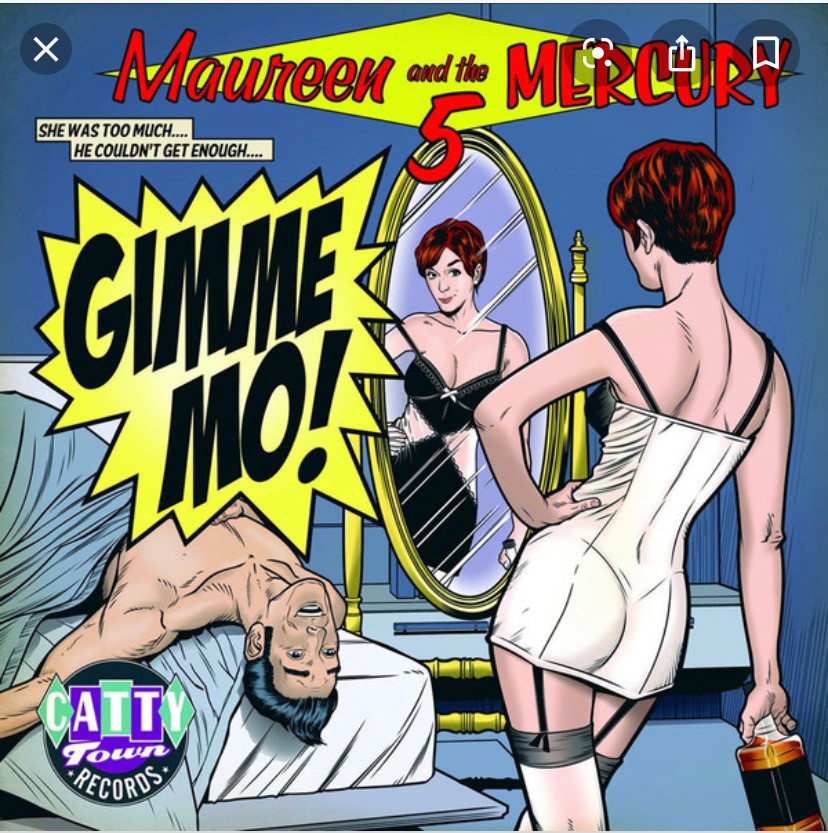 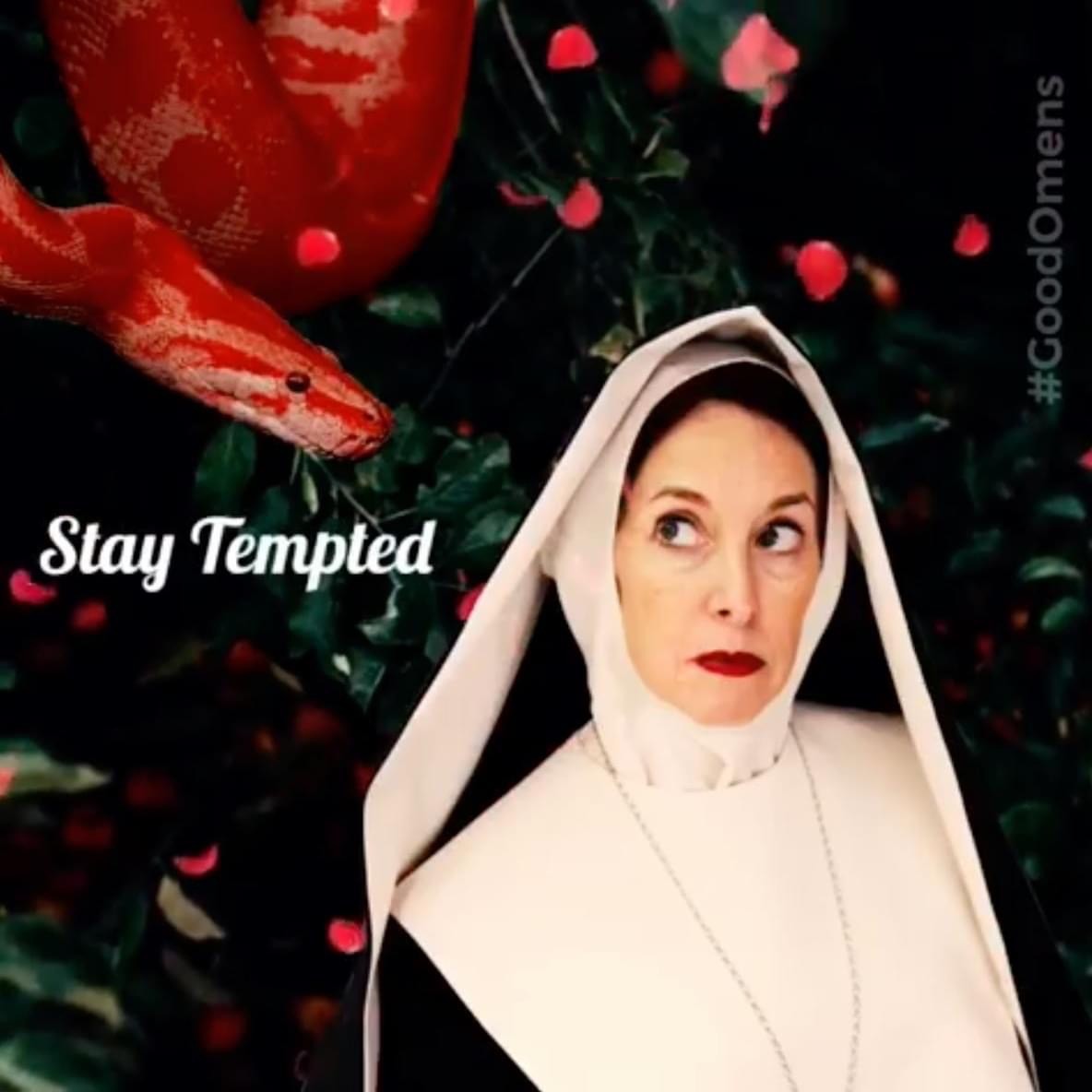 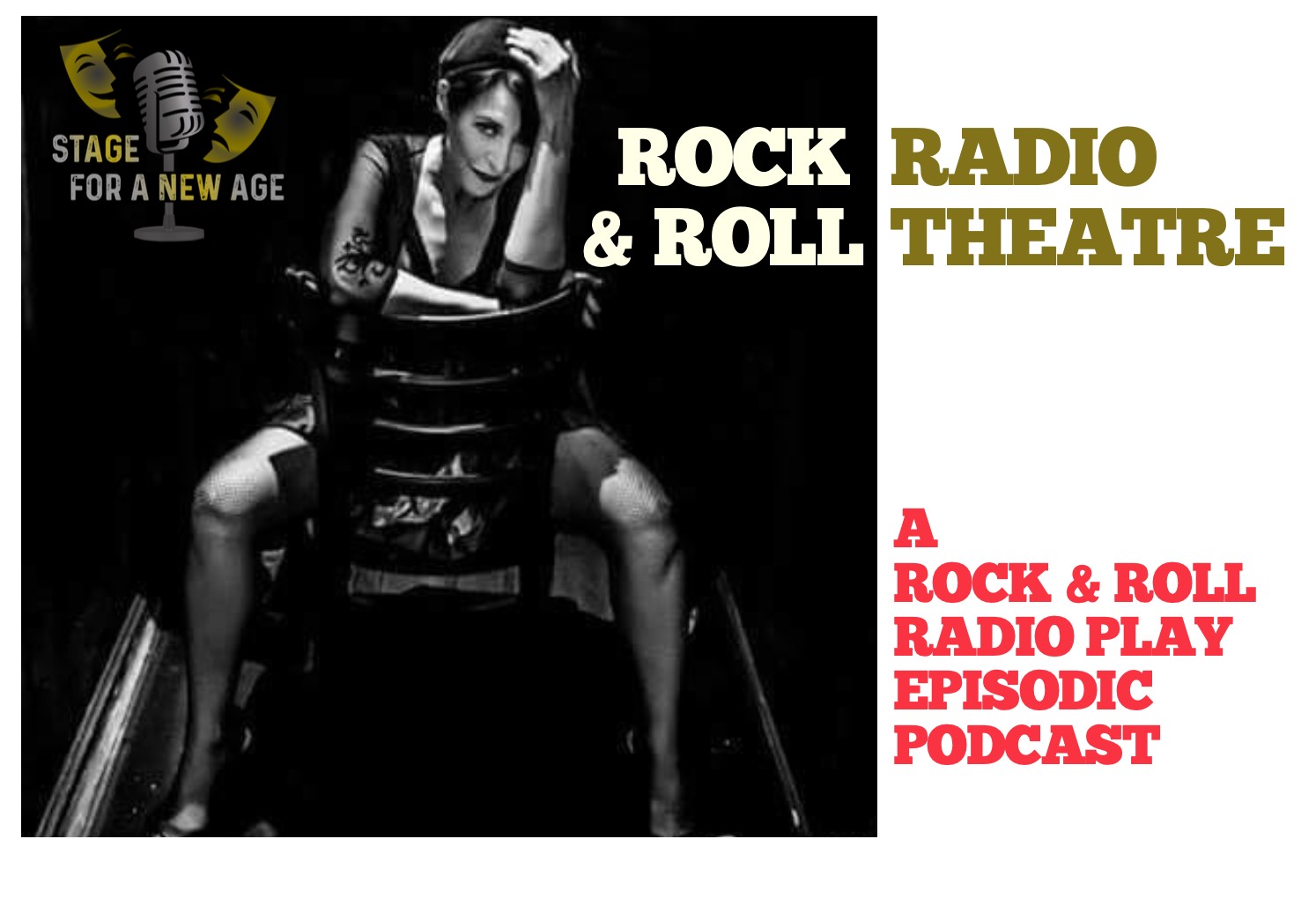 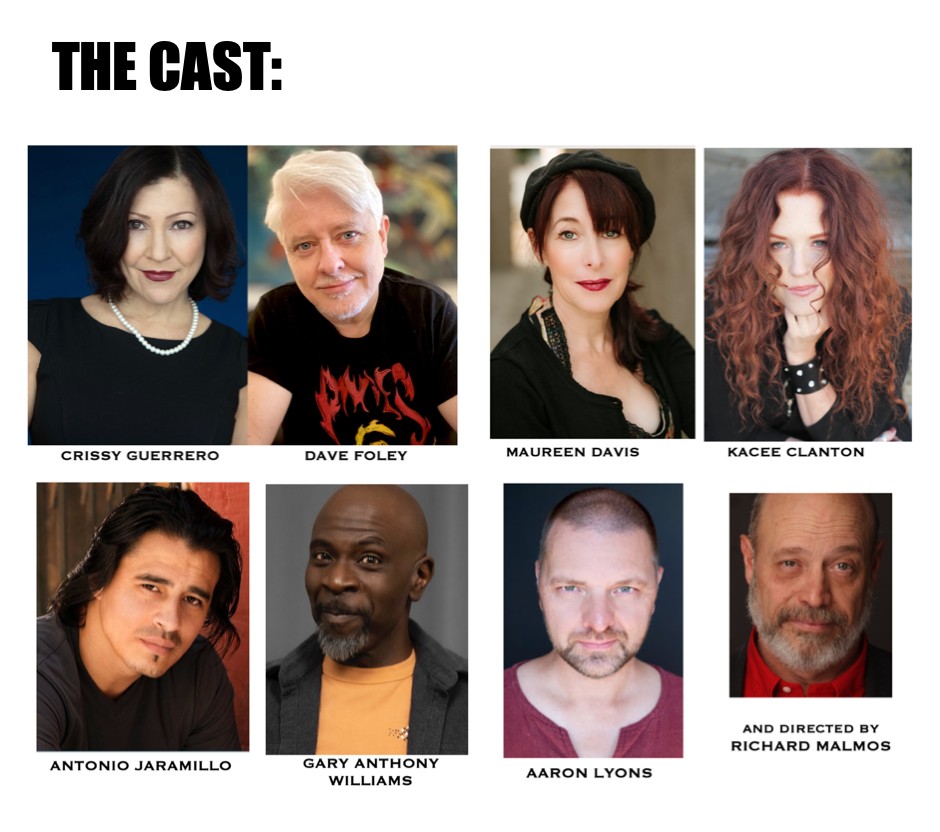