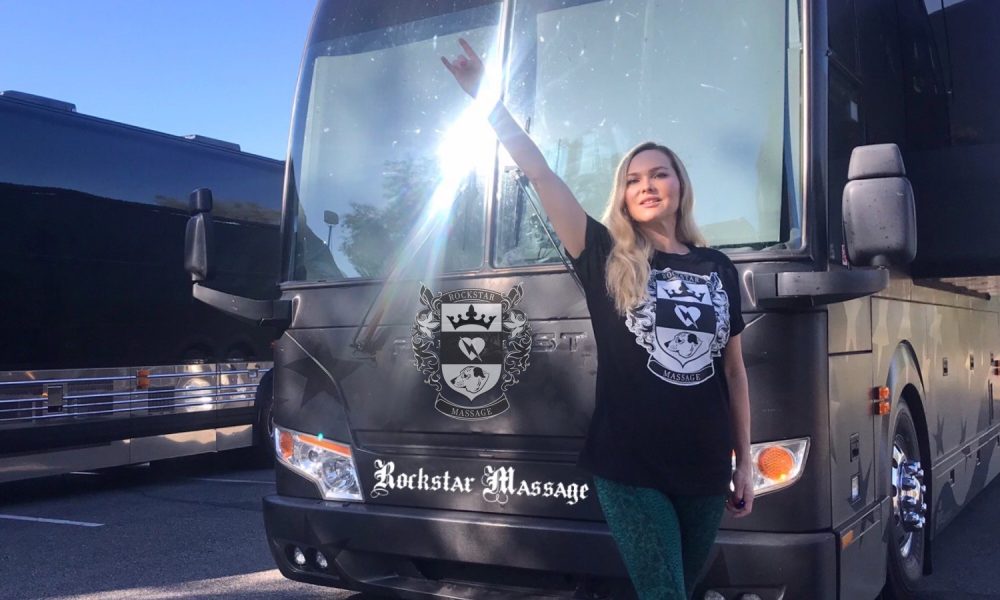 Today we’d like to introduce you to Leia Lockheart.

Hi Leia, can you start by introducing yourself? We’d love to learn more about how you got to where you are today?
The Recession of 2008 hit and bam! I was laid-off by the dot com company in which I worked. I was a fairly established 50’s style pin-up model and mainstream plus-size model, but that dot com job paid the bills. Survived on unemployment through two presidents, the funds were coming to an end. I had the idea to attend massage school, as my first experience with massage was when I was 15 years old. I volunteered in my hometown of Kailua-Kona, Hawaii, with my astrology-loving bestie to massage world-class IronMan Triathletes at the finish line. I picked the cheapest, fastest school which my father funded. As soon as I finished, I contacted all of rocker friends in Hollywood, where I lived, and asked them how do I get on tour. The roadie of the band, Pepper, replied. I went to high school with all the members of Pepper and they are the rare success story stemmed from our small town in the middle of the Pacific ocean.

The roadie, Sasha Resetnikov, recommended a massage agency that Pepper employs. I broke the rules; I called the agency directly. The owner answered, irritated that I had even bothered to call. We ended up talking for an hour. I was hired with her agency seven months since beginning massage school. I built up a reputation of trustworthiness, cool professionalism, and answering her job calls with lightning speed, even at 2am. The agent started calling me directly for jobs. I have massaged backstage at every music venue in Los Angeles. I’ve massaged clients in the fanciest hotels and often at their homes with their Grammy statues inches away. Fast forward to now. I have opened my private practice in Costa Mesa, California. Aptly named Rockstar Massage. I still work with the agent after 12 years. The list of celebrities is long. The stories I have are endless. I found a niche that I was built for.

I’m sure you wouldn’t say it’s been obstacle free, but so far would you say the journey have been a fairly smooth road?
Although being a massage therapist to the stars has been epicly cool, it wasn’t been consistent. At one point, I had 7 jobs and was on-call 24 hours each day. I barely made it living in a posh studio apartment in the heart of Hollywood. I wasn’t thriving, I was surviving. I became stuck in a cycle which made it difficult to break free. At the main spa that gave me my first job, Humble Abode, in West Hollywood, I met my future spiritual guru, Myke Zykoff. As a new colleague working on the mind with his clients, he urged me to take his meditation class. This is where I was introduced to The Law of Attraction. It made sense to me. I practiced it and it worked. I manifested being the star in a burlesque tour in Europe and the UK that was paid. I ended up moving to Austin, Texas in September 2013. The universe gave me what I asked for but made it very clear I wasn’t meant to stay. Exactly two years later, I moved back to Cali, but to Big Bear Lake during the L.A. housing spike. Nothing was available in 2015. I attempted to return to Los Angeles several times to no avail. Fast forward to March 16, 2020, when massage therapists were not allowed to work due to the Pandemic. I moved out of my home in the mountains and couch surfed in two friends’ homes for 10 months.

All the while, still pushing to get a job and home back in Los Angeles where I was familiar. January 25, 2021, the worst and the best thing happened. The final straw was being verbally abused by alcoholic friend and kicked out in the snow. With three pups in tow, all my worldly belongings in storage, I literally had no place to go a drove off that mountain. When arriving safely through the snow, before me was a gorgeous sunset. I knew it in my bones that everything would be okay. I got AirBnB’s for a week. February 1st, I had a job in Orange County and a luxury apartment in the safest city in America. 9 months later, I’m opening my own massage studio after 12 years in the business on my own terms. All those detours kept me on track to where I desired to be.

Alright, so let’s switch gears a bit and talk business. What should we know about your work?
During this journey, I managed to create my own all-natural skincare line called Lockheart Skincare, in which I also sell the best washcloth in the world, aptly named, The Best Washcloth. I also am the host of my own YouTube Channel called Rockstar Massage, where I give tips and tricks to other massage therapists. I also speak about the underbelly of massage therapy as a cautionary tale.

What makes me different as a massage therapist is that I’m spiritual but edgy. I have a tough-love approach to wellness and don’t mind to use a swear words to get your attention. I’m passionate about healing people by provoking change. There is a solution to your problem, let’s figure it out and make a plan. Massage is one huge enormous help in so many ways, but also, as a holistic healer, there are many other forms of healing we can add to this massage regimen. Let me steer you towards the right direction and now you have the power to make the changes in your life. Do the work!

We love surprises, fun facts and unexpected stories. Is there something you can share that might surprise us?
Whilst living in Hollywood, August 2012, my father moved in with me. He abruptly decided to retire. All of my decisions moving forward had him in mind. November 6, 2016, I am the one that discovered my father had a stroke. Since that day, he has been in a nursing home. I want him out. This is what drives me to become a success. 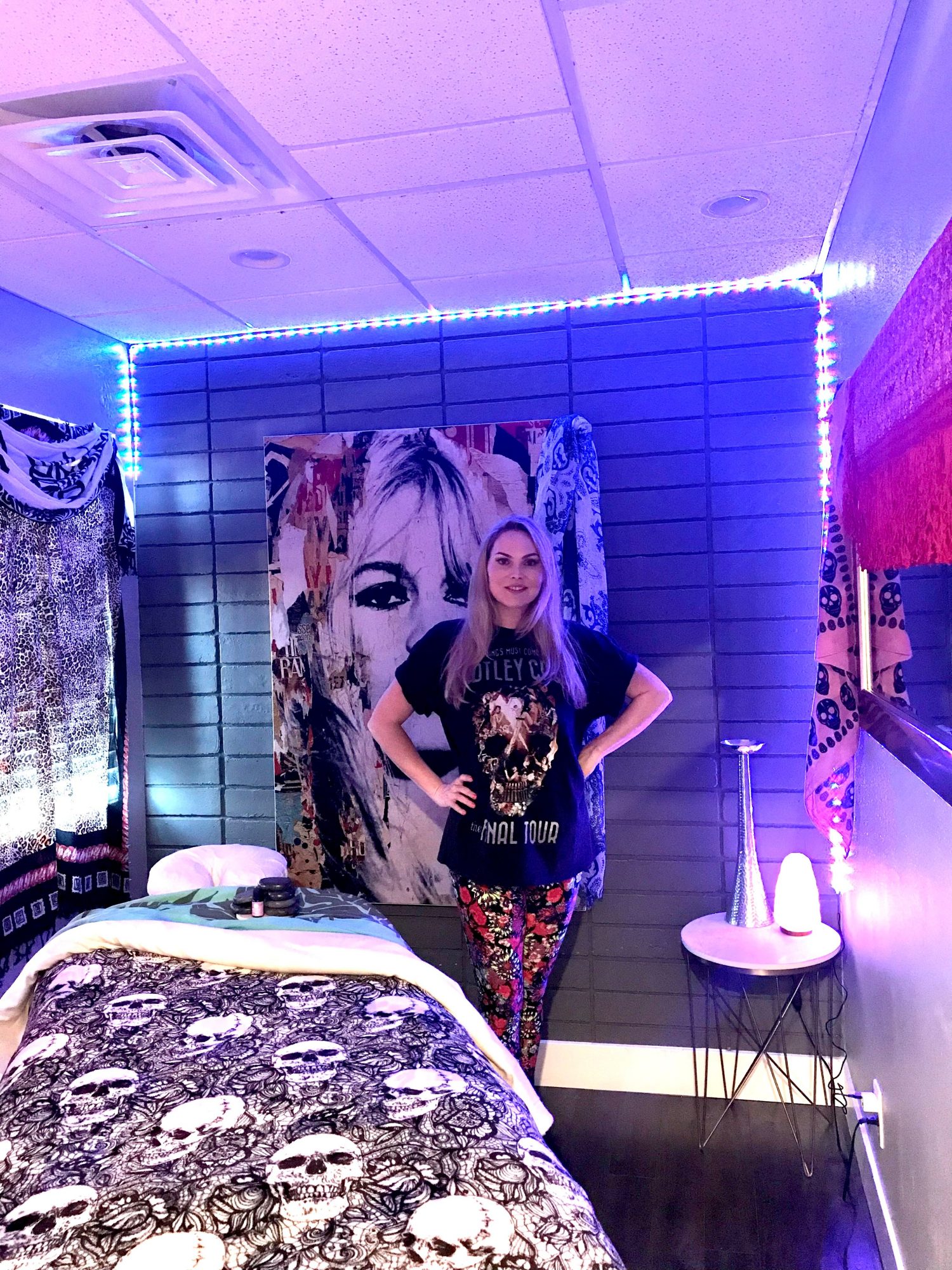 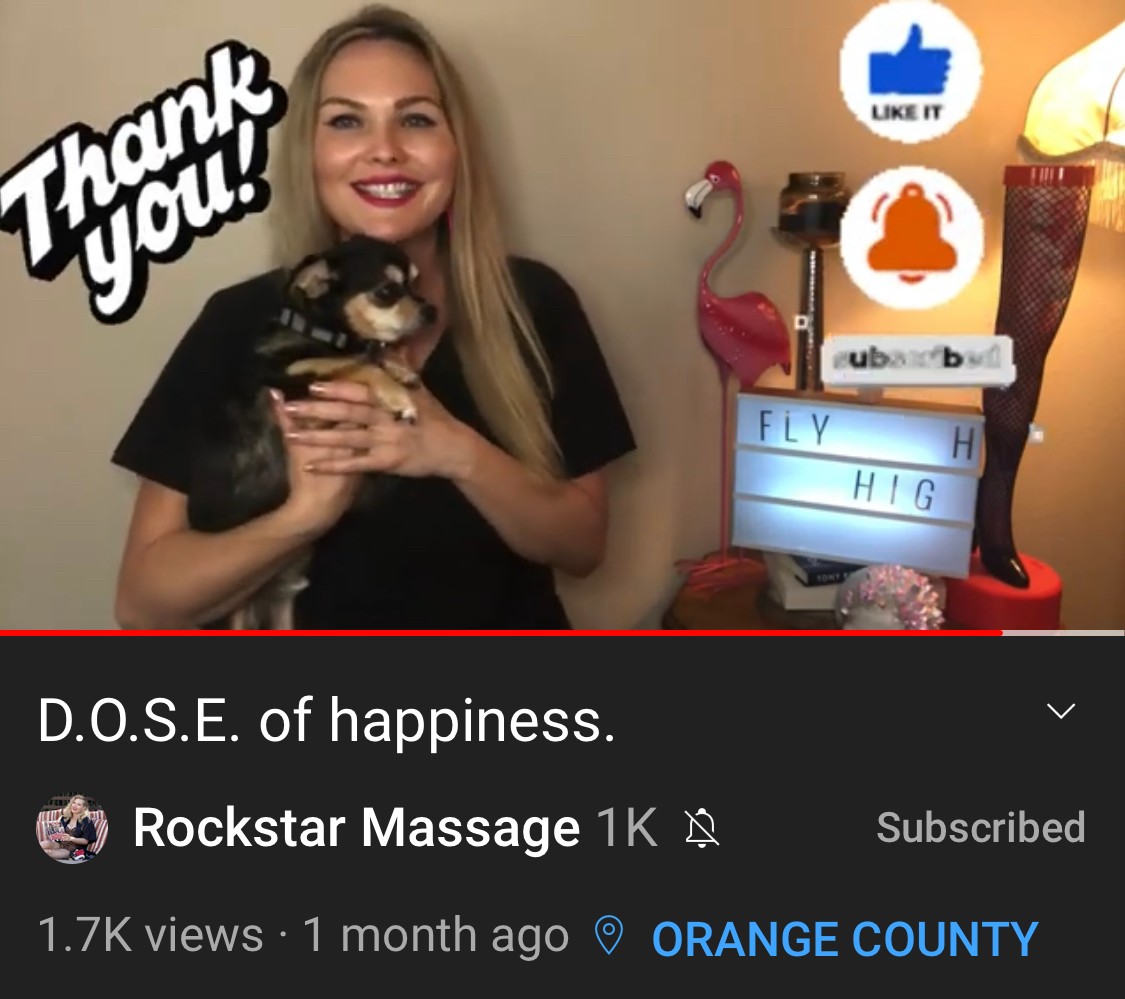 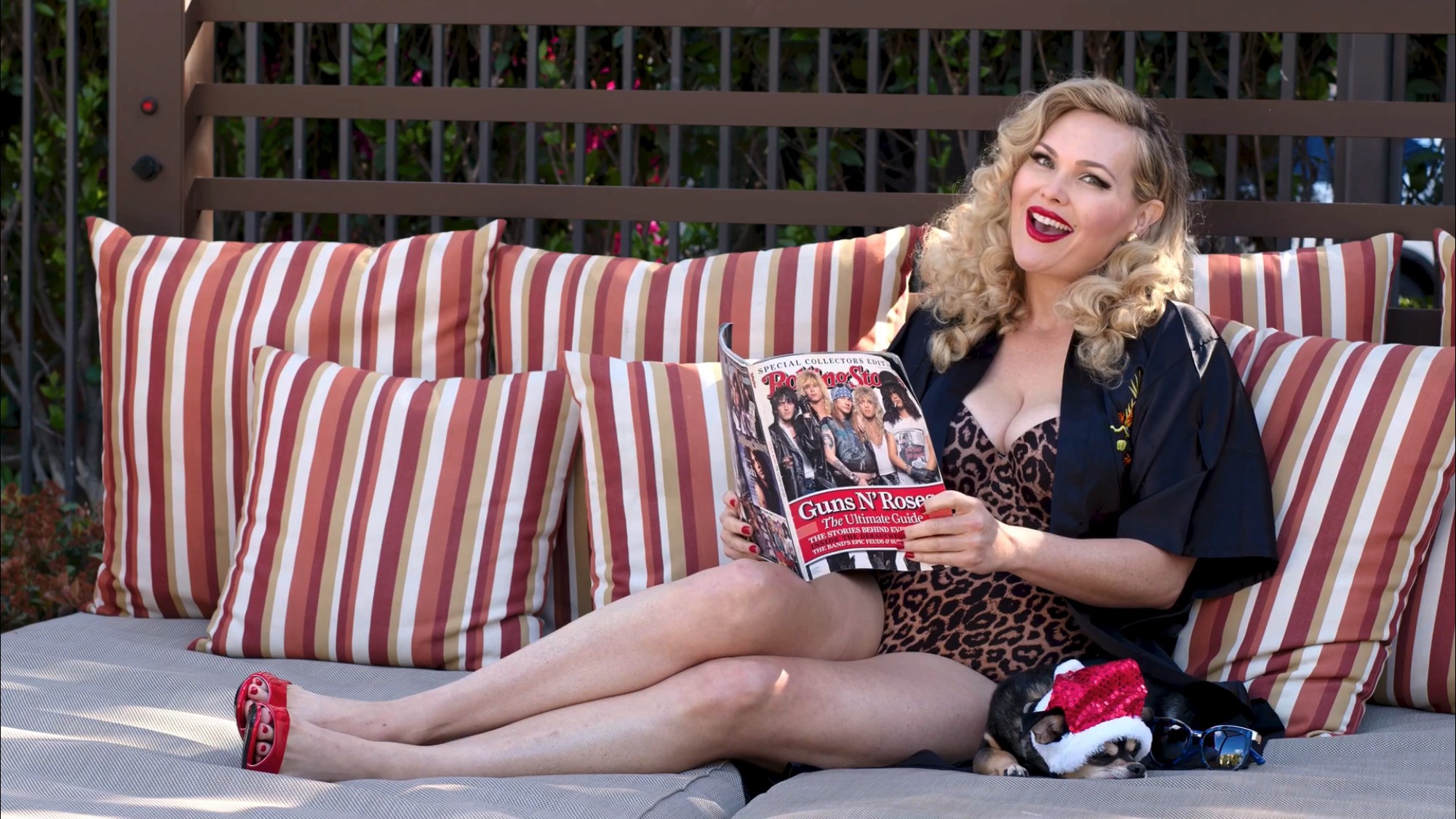 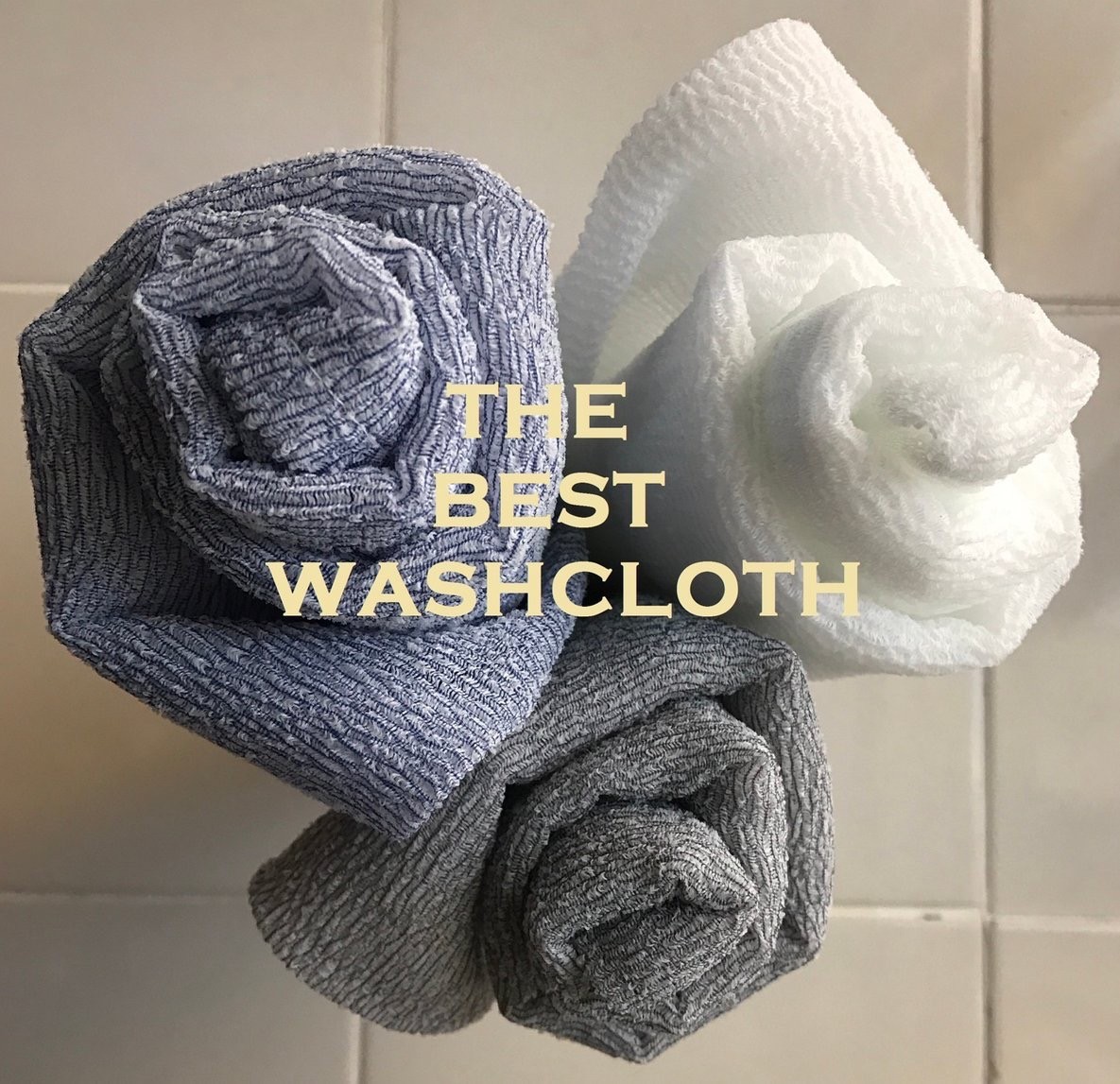 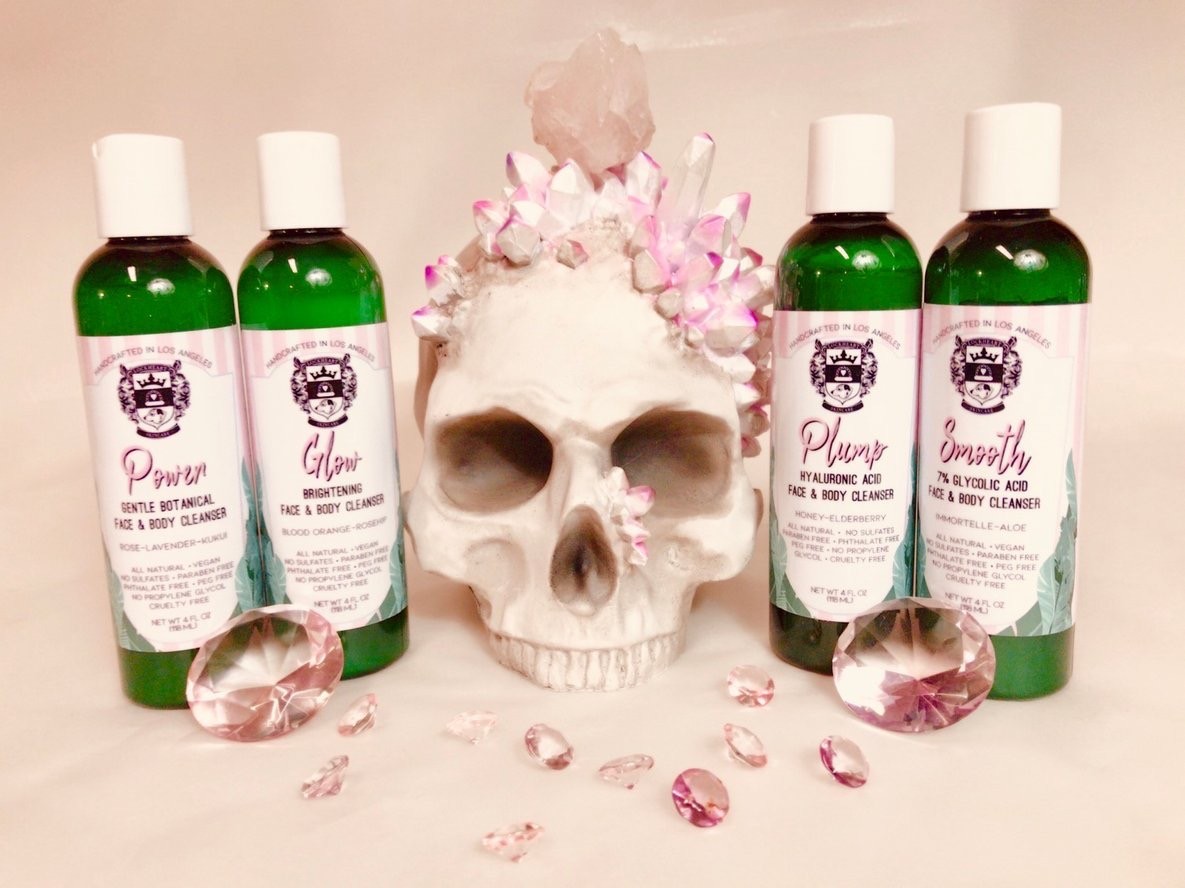