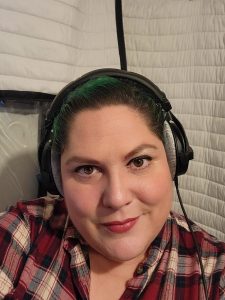 Today we’d like to introduce you to Kimberly Crookshanks.

Hi Kimberly , we’re thrilled to have a chance to learn your story today. So, before we get into specifics, maybe you can briefly walk us through how you got to where you are today?
I grew up in Southern California – Simi Valley to be exact and all I have ever wanted to do was become an Actor and perform. I have always loved singing, dancing, and being up on stage. In high school, I practically lived in the theatre department. I got my BA in dramatic arts; I had the full-time job when I graduated so the plan was to do find extra work in between. But when my now spouse decided to join the Air Force, I made the decision to follow him to South Dakota where he was stationed.

After supporting him for his four years of enlistment and two deployments to Iraq, he was discharged to finish his degree. Which meant I had to become the breadwinner. Despite being back in Los Angeles, what I wanted to do had to be put on hold. And when I became a mom, while one of the best moments in my life, it’s hard to juggle everything.

In 2016 that all changed. I started working with a friend on indie projects and it sparked something inside me to go after the career I wanted. It started off rough, but after several years of taking classes, training, and continuing to audition regularly, I am finally making big strides towards my voice acting career. At the beginning of 2020, newly laid off from a job, with nothing but time on my hands, I dove in and decided to do whatever it takes to elevate my career. I took every workshop I could, put together a home recording space and recorded my commercial demo. And this past June, I was honored with the Rising Star award from The Voiceover Network. They have supported so much the past two years, it truly is an honor.

Performing behind the microphone is the best part of my day. And the community is one of the most supportive group of people I have ever found. I’m looking forward to continue working and growing as a Voice Actor.

I’m sure you wouldn’t say it’s been obstacle free, but so far would you say the journey have been a fairly smooth road?
This has been one of the most challenging things I have ever done. When I started out, I worked with an organization that promoted classes that offered a demo at the end. While it’s great for someone doing this as a hobby or for local, small market areas, as soon as I heard it, I know I couldn’t use the demo in the Los Angeles Market.

I was also very rusty when I started taking classes again. The instincts were there but I had a lot of work ahead of me. Sourcing auditions on your own can also be challenging. But if something isn’t a challenge, is it even worth doing?

It’s been a long road with some rough patches, but I wouldn’t trade it for anything.

Thanks – so what else should our readers know about your work and what you’re currently focused on?
I am Voice Actor specializing in Commercial and Character work including extensive training in Animation and Video Games. I have done a few online commercials and did a narration project that aired for the UN about anti-poverty, which I am most proud of. I also just won The Rising Star Award from The Voiceover Network in June of this year. It was such an honor after working with them for the past two years.

One thing that sets me apart is my range. I sound my age with a nice deep resonance and natural warmth and texture. I can also do the younger voices but there are a lot of female Voice Actors who can so it’s nice to be a little different from everyone else.

Is there anyone you’d like to thank or give credit to?
There are so many amazing people who have been a huge part of this journey. Julie Maddalena has been an incredible coach and she is currently helping me with my Animation Demo. Eliza Jane Schneider has been an amazing coach and mentor, helping me develop a solid foundation in my business, characters, and developing my ear to perform with accents authentically. Bill Holmes has been a fantastic coach and mentor in Commercials. Mela Lee really challenged me in being my authentic self. Bob Bergen, Richard Horvitz, Tony Oliver and Dorah Fine have all be an important part of my journey here and finally, Rachael Naylor has been a fantastic mentor in this field. She truly wants to help others and see them succeed in this business. 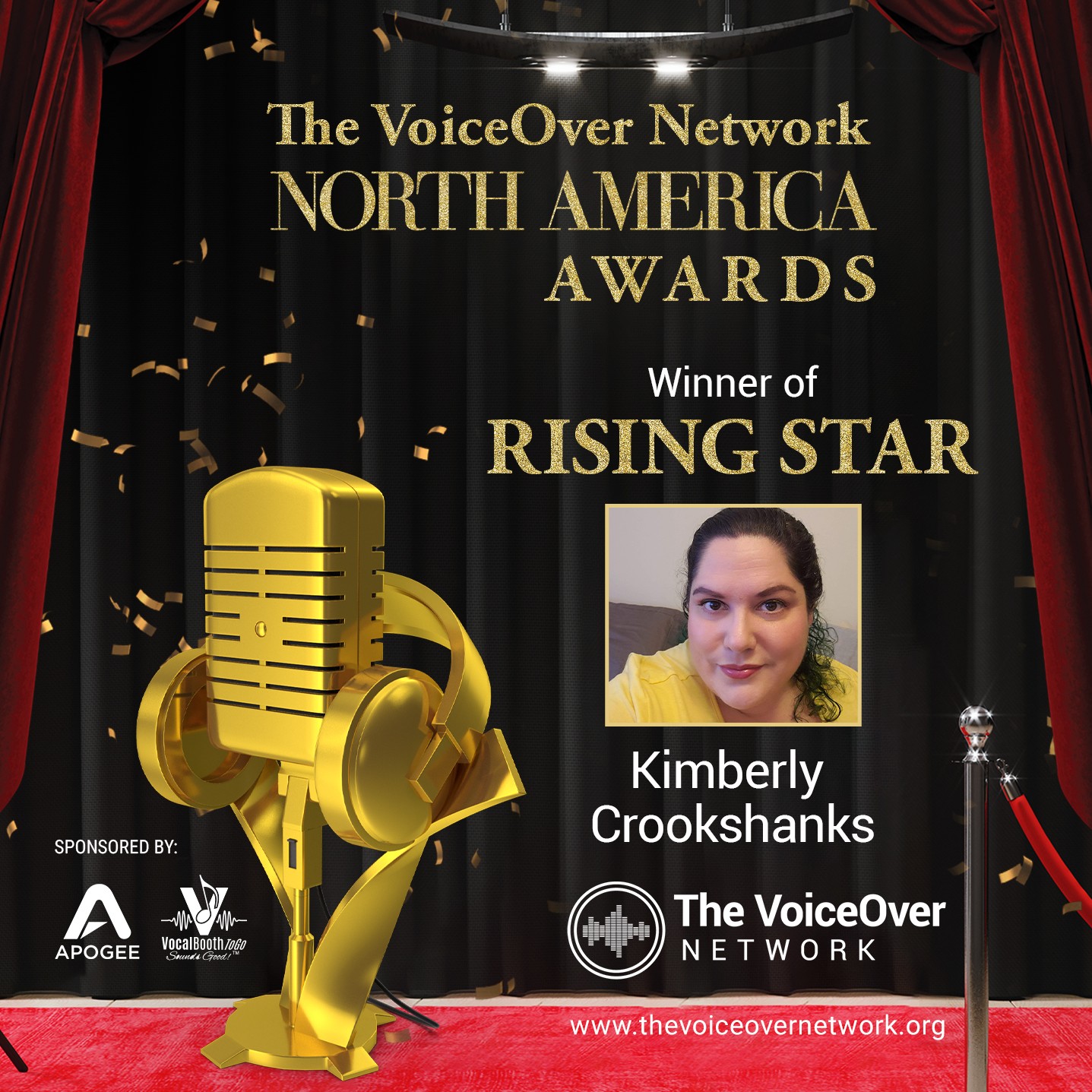 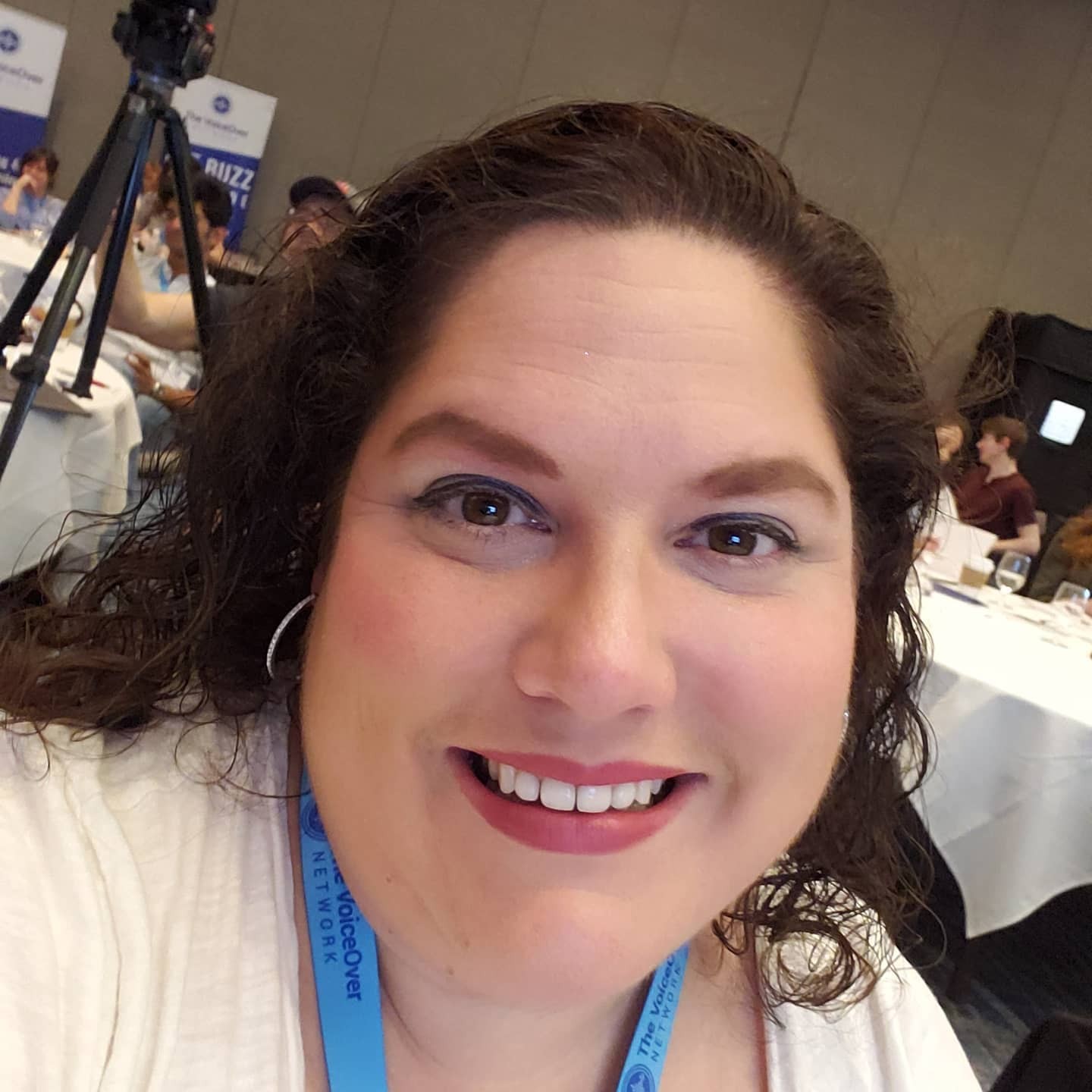 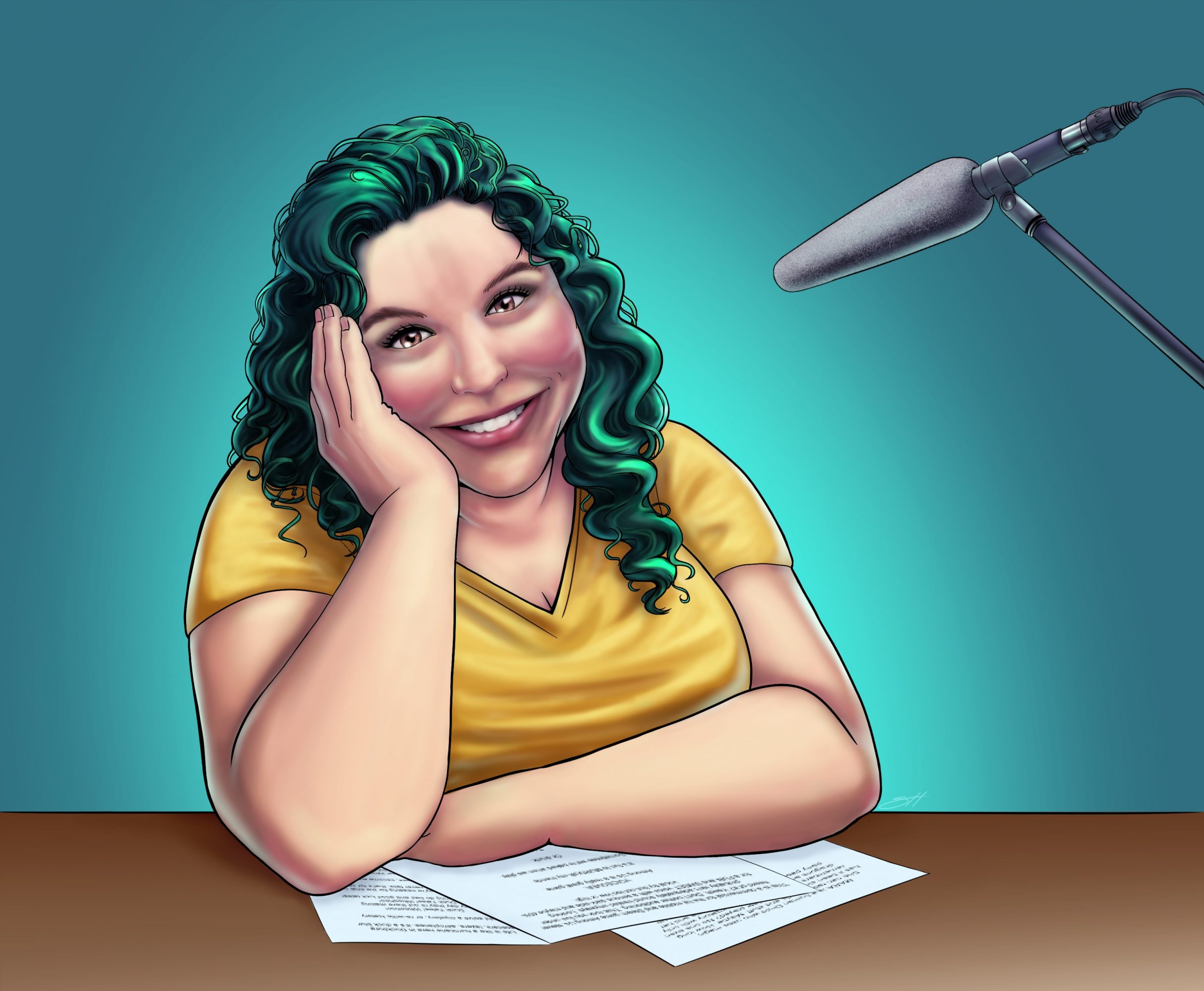 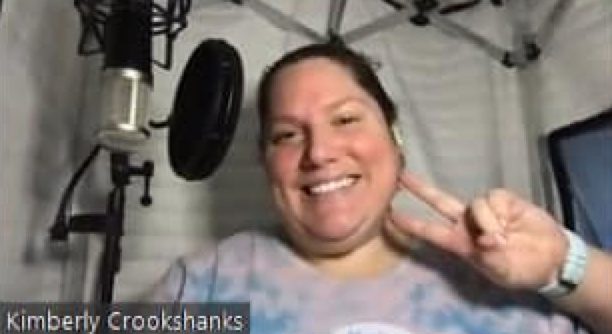 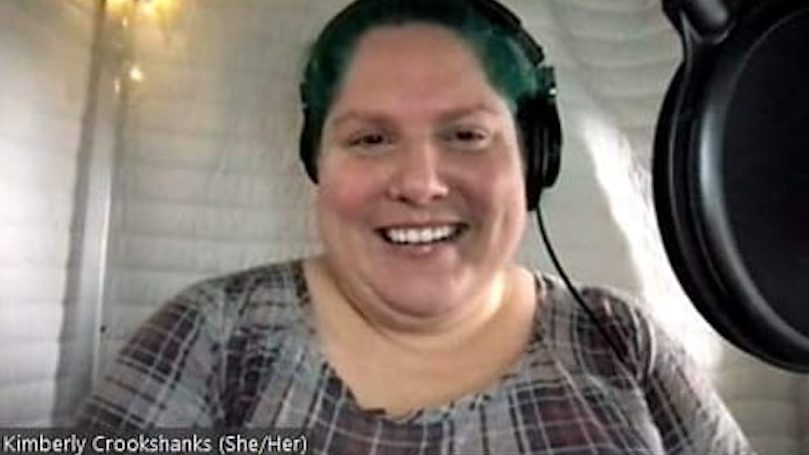 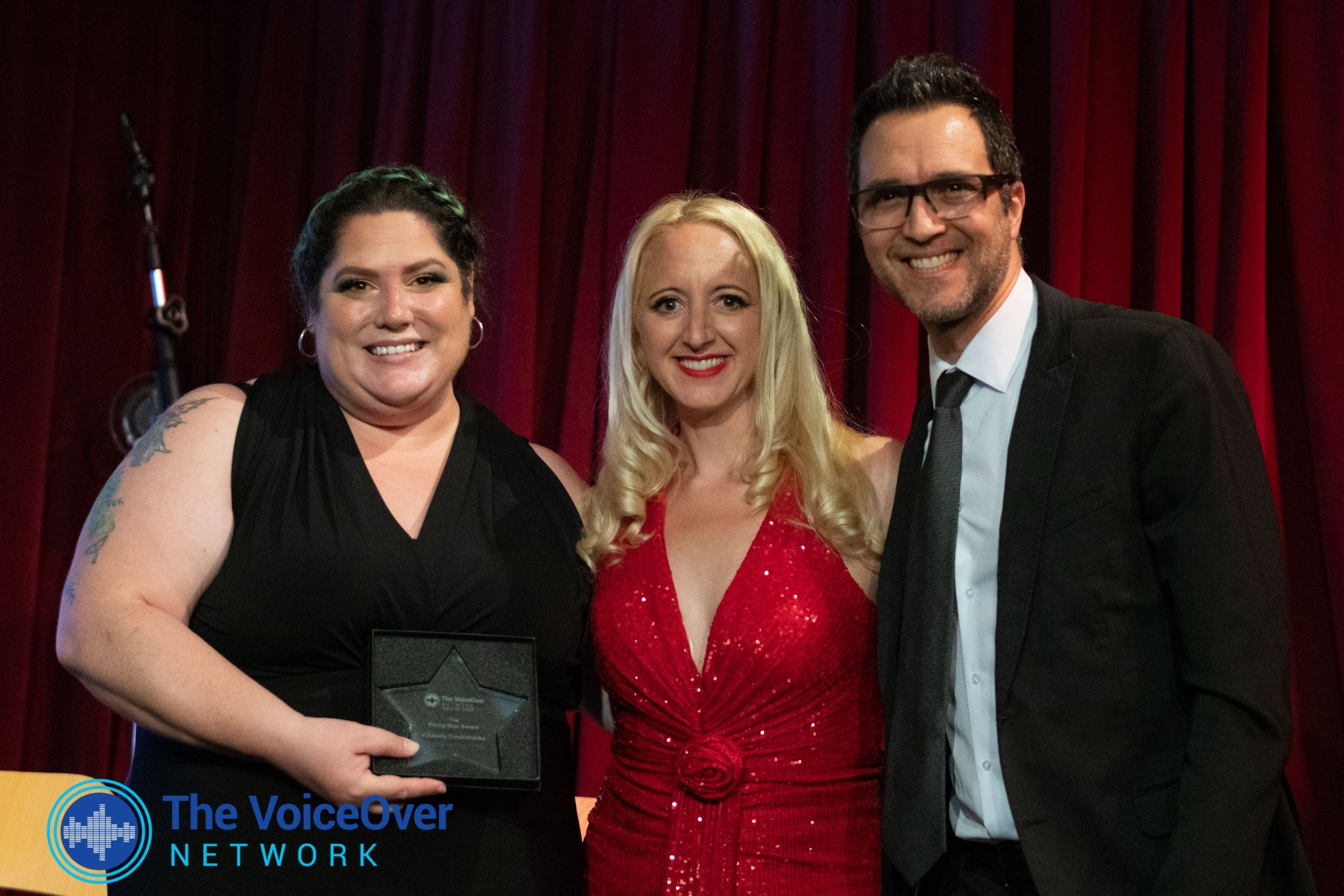 Image Credits
Image 1 and 2 are “The Voiceover Network” The rest are credited to myself. The portrait is credited to Sarah Henzler, the rest are pictures or screenshots I have taken.