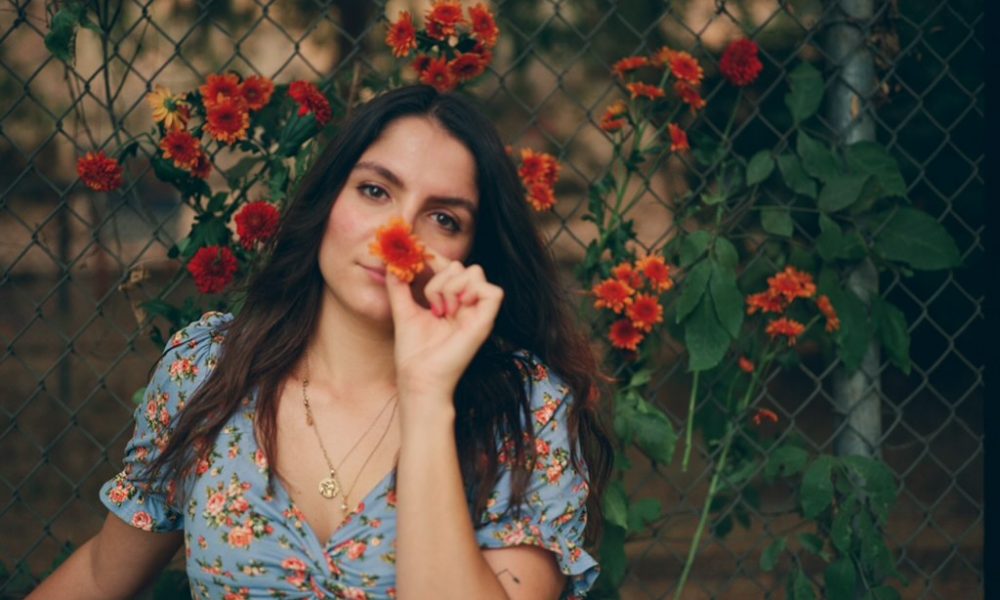 Today we’d like to introduce you to Julia Annabel Siedenburg.

Hi Julia, it’s an honor to have you on the platform. Thanks for taking the time to share your story with us – to start maybe you can share some of your backstories with our readers?
I guess I could start with the fact that I was born and raised in a German countryside town. And as an only child, writing stories, imagining and making up characters, and watching movies was my daily entertainment. And I loved doing that. My dad and I would always get random DVDs of films we haven’t seen yet. Eventually, I became curious about how the ones I watched were made, who the actors were and what went wrong on set. So, watching the Making-of, commentary and bloopers became a must for me. And as I learned more about the world behind the scenes, my fascination grew more and more.

There was a short time when I was a young teenager dreaming of becoming a movie star. But after a year of local acting school with my friends and getting older, that dream faded. I just wasn’t confident enough. My Dad was the one who initially gave me the idea to try out getting a crew position and not part of the cast. I was already writing and creating worlds in my head, so it didn’t seem weird to me to rethink. I would be way more comfortable not being in the spotlight as much; I mean, to be honest, how many people know the names and faces of most directors, screenwriters, or DP’s outside of Los Angeles or New York? And I would be able to work in multiple roles at once or change departments as I discovered my passion position.

I was always someone who wanted to try out new things and got bored quickly. Once the decision was made, nothing could get me away from it. Then right after high school graduation, I, a countryside girl who always felt like a big-city girl, left to the biggest, busiest metropolitan US city I could think of, New York City. I was familiar with a few places in the US because my parents loved it so much, they took me there on vacation every year at least once since I was 9 years old.

In New York, I applied for universities while doing a language course and a 1-semester film workshop at NYFA to get an idea of what laid before me. In the 3 months, we made 3 short films, which became the first “actual” films I’d directed. Then I went to Full Sail University to earn a Bachelor in Science in Film Production. 2 1/2 years later, I moved to Los Angeles and started working in the as they at school liked to call it ” real world.”

In my first year in LA, I worked on a few commercials, Indie, big-budget movies, and a curator in a photography gallery, and meanwhile applied for graduate school. For one school, I had to make a unique short film that got selected at some local film festivals. Hide and Seek just won its first film festival and got selected into many other. In grad school, I wrote and directed more short films, narratives, and documentaries and helped my friends out in any position they needed. And then this year was just full of surprises. I graduated from my Masters and started working non-stop. I have barely any free time and I couldn’t be happier. I am doing what I love. Writing, directing, overall, just making movies and content that is well done, that matters and that has purpose.

We all face challenges, but looking back would you describe it as a relatively smooth road?
Is anyone’s road ever really a smooth one? I think anyone’s life, however fortunate or blessed they are, is filled with obstacles at some point in time. My biggest obstacles I would say are moving to and around a country that I yes visited occasionally but didn’t really truly know. And every state is as different as the countries in Europe. In my first week living by myself in New York City, I realized how little I actually knew of the city, the American culture, or the people. I never thought I would get a culture shock but actually living in another country than my native one was intimidating and overwhelming. Even though I spend a lot of time by myself as an only child, I still was always very protected. And always so supported. I did find my place in New York and my friends and I grew into a little family. But then there was the stress and pressure of getting into a university. Being good enough as a foreigner, being talented enough to become a filmmaker.

Through school, I was giving it my all, working hard, helping out on projects, working on my own things. Making connections and building a network. I fought for positions and I fought for my work to be the way I wanted it to be. I dare to say, I work harder and want to work in the film industry more than some people I went to school with.

Then after school, the pressure grew. Can I make it in the real world? Will I be able to live my dream? And also, will I be able to stay in the states in order to do it. This brings us to my last biggest obstacle: Not knowing if I can stay in the US. Not only financially but because of my visa status. I came to the US on a student visa, which I am still currently on. I have a working authorization at the moment but what I want, better what I need to stay here and continue to work on my projects and projects of others that I care about is to get an artist visa or better yet a green card.

So, to sum up again the main struggles were and probably will always be that I might never ever truly feel 100% that I belong here due to cultural differences, the film industry and the strong competition that comes with it, and the immigration policies. But obstacles are there to be overcome and at the end of the day, struggles make us stronger.

Can you tell our readers more about what you do and what you think sets you apart from others?
As previously mentioned, I specialize in directing and writing. Most of my own work, I do produce as well because … well it is cheaper, easier and no one will care as much about your baby than yourself. I do not have a genre I particular work in. My projects range from comedy, romance drama to sci-fi and psychological thriller. And in the documentary world, I used to focus on artist but even there it broadened to environmental work and social justice projects. The only consistency is that I like to focus on stories with strong characters and important stories. Stories with heart and truth.

I have been writing before I came to the us and making many different short films since I came to the US, my first film I send in to the festivals was a short biographical movie called SAM which told the discovery story of my friends’ identity in the LGBTQ community. Two of my projects I finished this year, “B Like Me” and my narrative short film “Hide and Seek”, will also be going thru the film festival circuit.

As I graduated from Mount Saint Mary University with a Master in Fine Arts, my projects took a very surprising and exciting turn I never thought it would.

I got involved with legendary Cherokee Studios, one of the LA staple recording studios that had guests from Sinatra to Bowie, co-producing and directing different segment shows for their YouTube channel. Then an artist friend of mine wanted to finally start the online art magazine Art Squat Magazine he always dreamed of, which I became a Co-editor of, and btw you Voyage LA was so kind to promote. Fast forward to now: I just finished my latest short film that I am particularly proud of, not only because I had so many obstacles due to Covid that my crew and I all were able to overcome, but because it was, in general, the biggest challenge as a writer and director so far.

In addition to that, I got lucky enough to work on two documentaries with award-winning Producers and Editors. I joined the producing production company called Windmills and Giants, where I am working on various significant projects as a director/ project manager. The projects we make there are focusing on discussing and raising awareness for disabilities and minorities. I do not know how I got here but this year turned out to be the best, most surprising year in my life so far!

Do you have any memories from childhood that you can share with us?
This might actually be the hardest question I was ever asked. And it is impossible for me to answer. I am sorry! I will never be able to pick one memory that is my favorite. I have so many great childhood favorites. I had the best childhood. Amazing friends that are still so dear to me, great parents, my dogs, riding horses. Even when we were bored and without a plan when we were hanging out in our neighborhood, I never had a bad time. 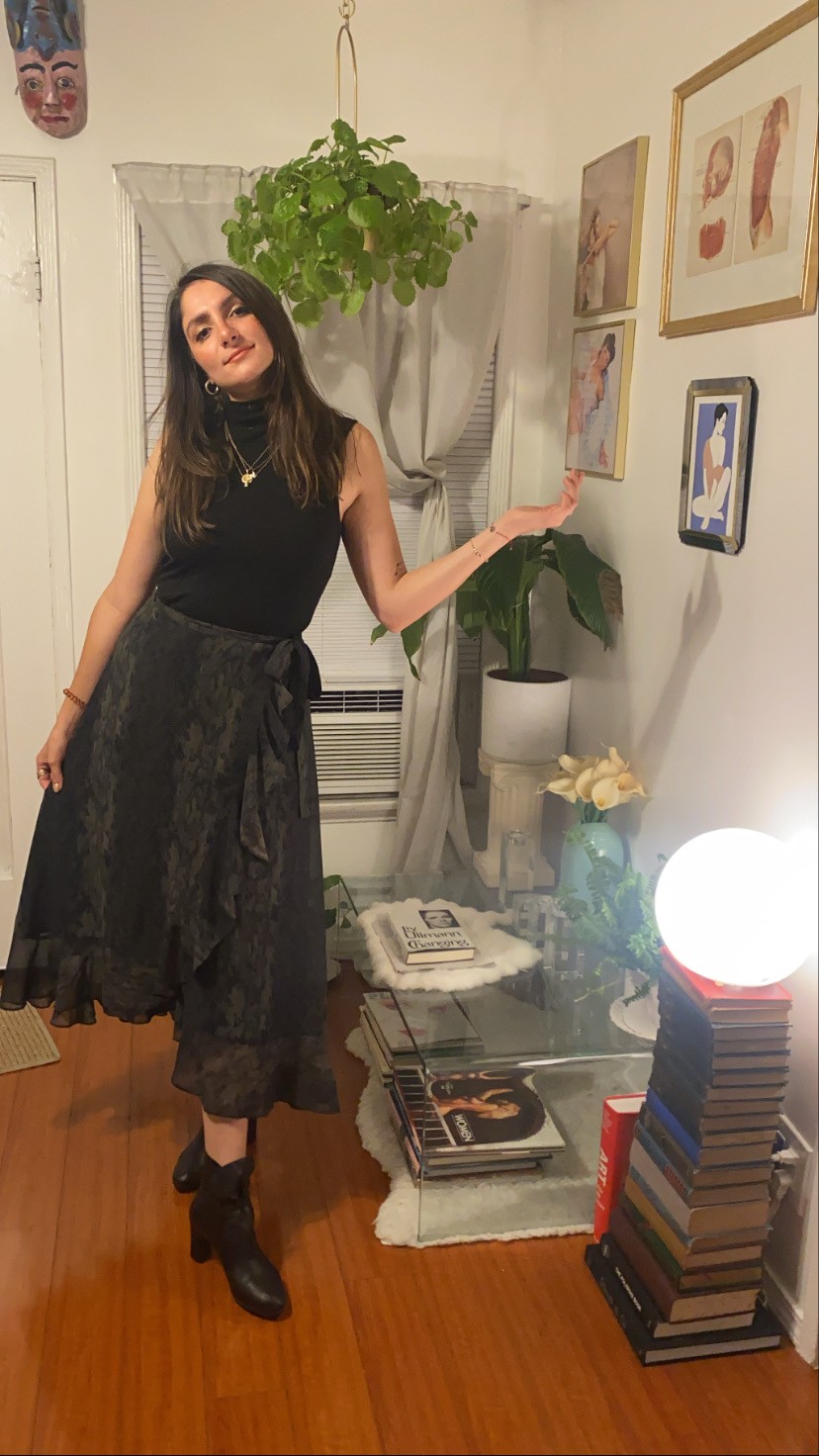 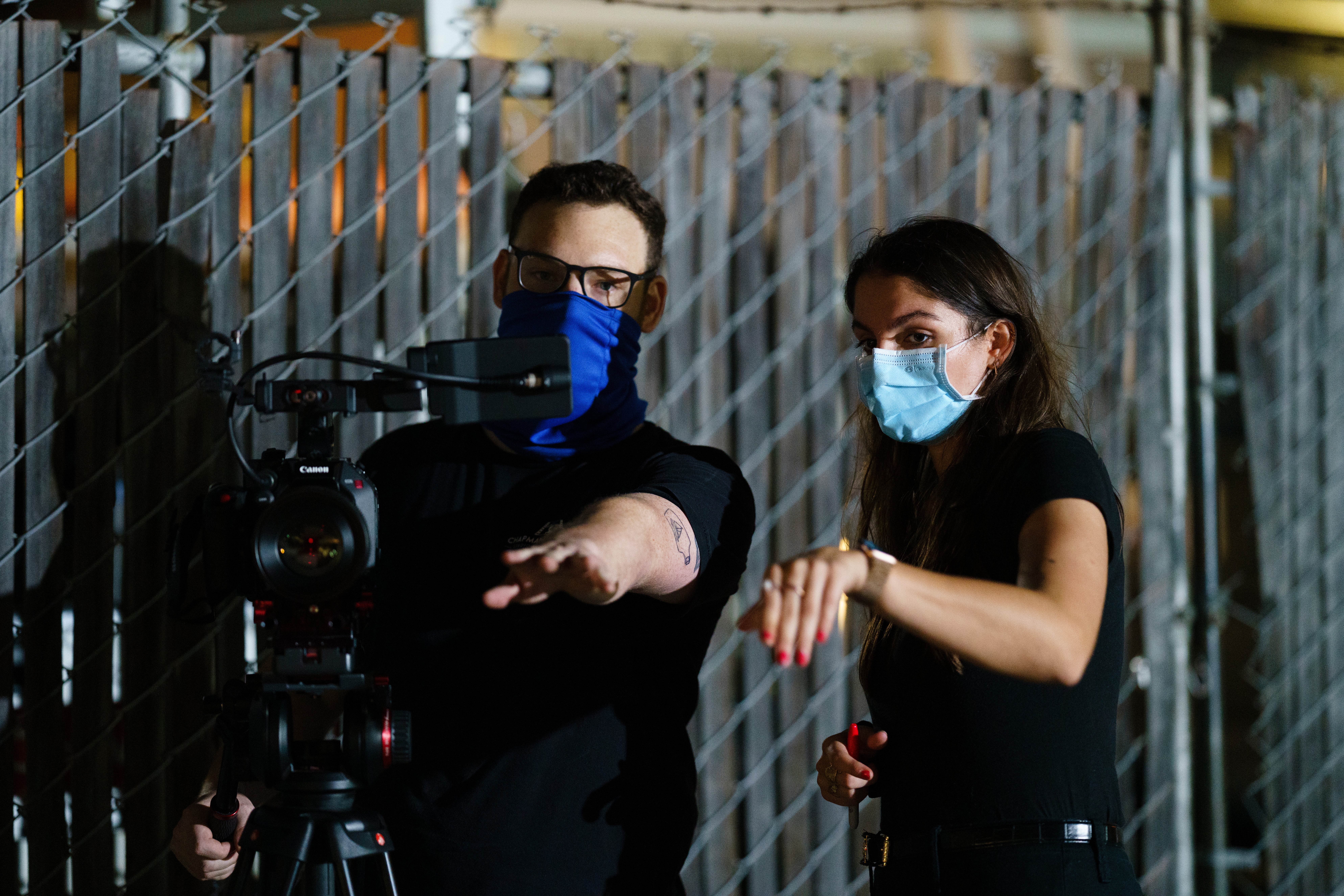 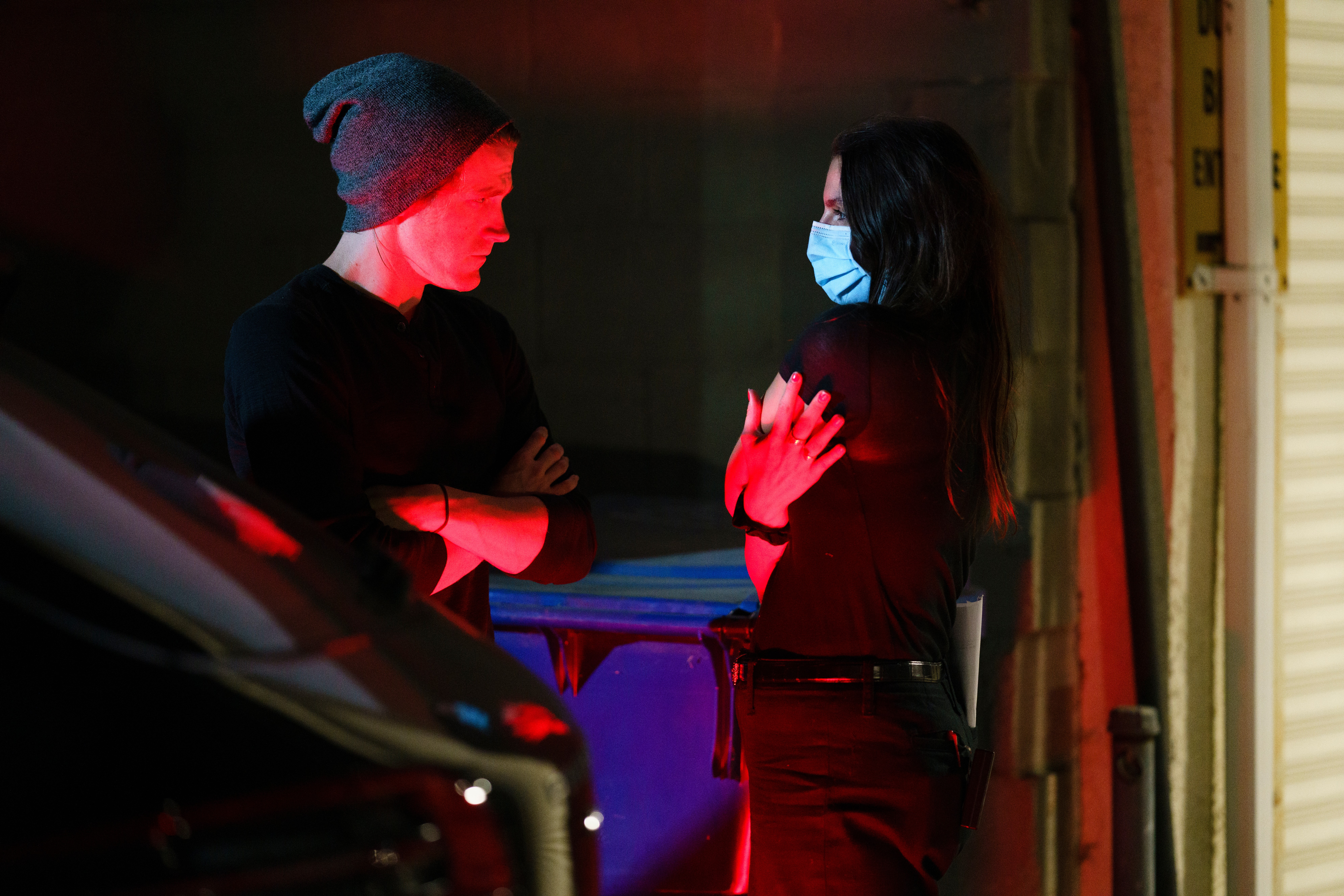 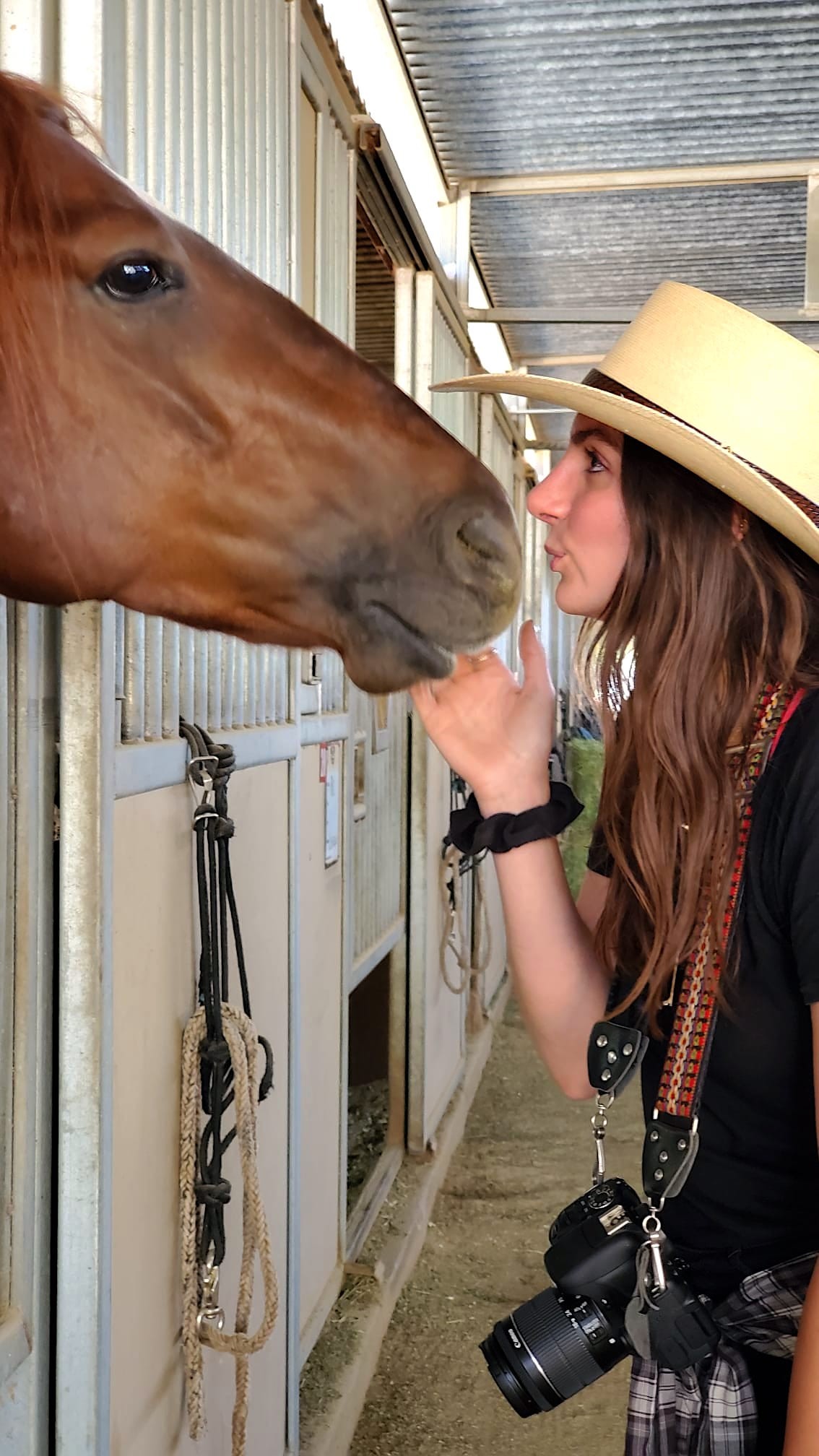