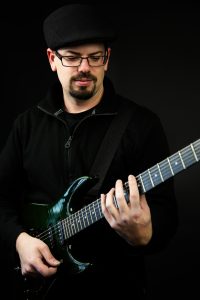 Today we’d like to introduce you to Jan Rivera.

Hi Jan, thanks for joining us today. We’d love for you to start by introducing yourself.
I started playing music in Puerto Rico. I’ll never forget playing this old guitar with a literal hole on the top next to the soundhole. There was this open structure, like a gazebo, that my father, grandfather and I built out of some zinc roofing sheets and some logs we cut from the woods. I spent a lot of hours strumming there in a hammock as a kid, pushing myself of the dirt with my feet. It was peaceful feeling. I think that feeling was another of the reasons for which I chose this as a path.

My preparation for music started in Puerto Rico where I did classical studies, then moved to Musicians Institute in Hollywood, where I did contemporary studies and would go on to TA.

After this, I moved to San Diego where I authored a technical music book titled “Advanced Rhythmic Concepts for Guitar”. It went on to become an Amazon #1 top seller. Here I also founded Violet Anamnesis Publications. We’ve printed ten volumes of curricula, as well as 18 music instruction books. Some of them have been printed in two languages.

A couple of years after authoring the book, an opportunity showed up with Fender Guitars, where I’ve worked for a total of three and a half years. Within their Fender Play learning platform, I’ve done everything from acting as a sort of musical director for their videos, approving videos, designing curriculum, and writing lessons. I’ve also created patches that have been made available for download at the Fender Tone library.

Would you say it’s been a smooth road, and if not what are some of the biggest challenges you’ve faced along the way?
I don’t think that anything in this journey has been a smooth road, if I’m being honest. By that same token, most of the people that I’ve crossed paths with have stories of struggle. So many of them serve as an inspiration throughout my life. I guess that if you take the time, you’d be surprised with what you find out about the person in front of you…

Since you ask, I will share this. While finishing school in Puerto Rico, my mom was diagnosed with breast cancer. She died three years later. I was 21 years old at the time. When I decided to go to school, there were only classical schools back home. Not being able to afford another school, I started there. Once I finally got to Los Angeles to study popular music, my wife and I had our savings taken and were nearly homeless. When wanting to finish my degree at Musicians Institute, I did not have the money. Some friends helped me record an audition video for which we used car headlights as lighting. There are a lot of these types of stories. However, I am sure that many people out there have stories that far outweigh any of the issues I’ve ever faced throughout my life.

Because of this reason, I only share my stories in order to highlight the fact that we all go through obstacles and challenges. All that matters is what we do with these obstacles. As long as we are actively doing the best that we can do under our circumstances/resources, we should feel at peace.

Thanks – so what else should our readers know about your work and what you’re currently focused on?
Currently, I am mainly focusing on three projects. One of them is an instrumental album and music videos for some of its songs which are being directed by Jason Valdez. The space created by the pandemic allowed me to take on a particularly challenging project. The idea for this album is to feature the musicians that I envisioned performing when I composed the songs. Coordinating this was not an easy thing to do.

The other is a series of short, rhythmically dense pieces featuring Marco Minnemann on drums. These are all posted periodically online on both my Instagram and YouTube under the name “Rhythmic Shenanigans”. The pieces are composed just for this purpose. This means that every time one is uploaded, you are seeing something that was composed, performed, and recorded recently. It is very rewarding to see them come to life so fast, as some of the songs in the album were written years ago and are just now materializing.

How do you define success?
In my very personal opinion, there are many types of success. It would be presumptuous of me to define success for other people. Everyone assigns meaning to their own lives, each variation of outcome a story in and of itself…

For my own life, I would define a successful life as one that allows me to pursue what I love.

In terms of composition, success is as simple as serving the process; and finally, enjoying the end result at the moment of completion. For me, it is best achieved when devoid of ego and pride. It almost feels as if one is capturing, protecting, and developing this essence that will eventually materialize. After a few notes are on the page, the music takes a life of its own. Once the initial canvas is set, you shape and sculpt the foundation, color and texture of the atmosphere. The process seems endless, with layers upon layers of possibilities presenting themselves. Saving the ones that best suit the identity of the piece and discarding the ones that don’t. Often, haste needs to be taken so that those ideas do not fadeaway before they can be recorded on the page. Finally, almost as if by magic, the work is complete. You’ve successfully protected it and now it is ready to be let go as its own entity. It is almost as if you’ve helped this creation cross from the world of ideas into the tangible, the concrete. Whenever the composition is played, it feels more like an old friend than a creation of mine. This process has felt this way as far back as I can remember. 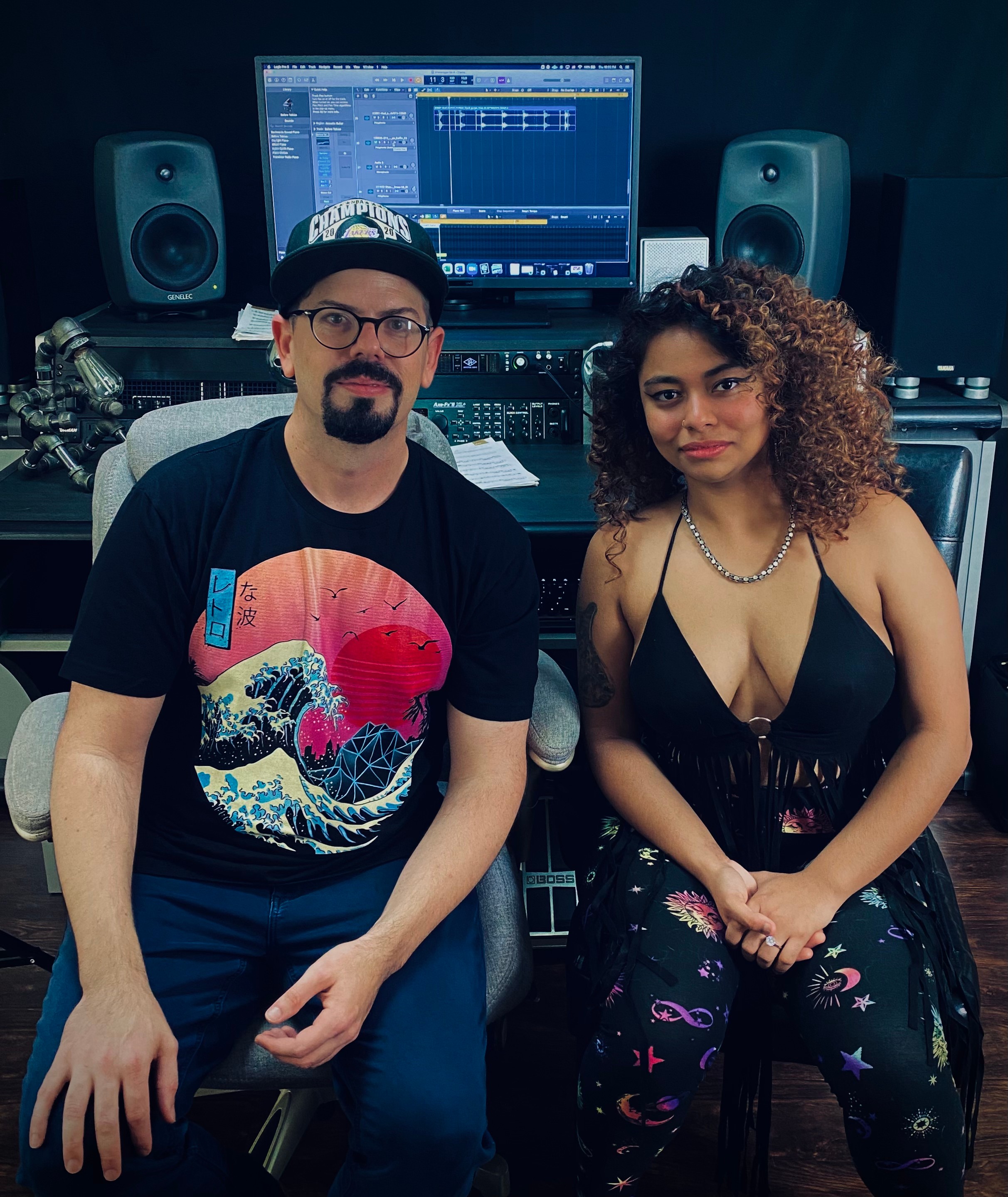 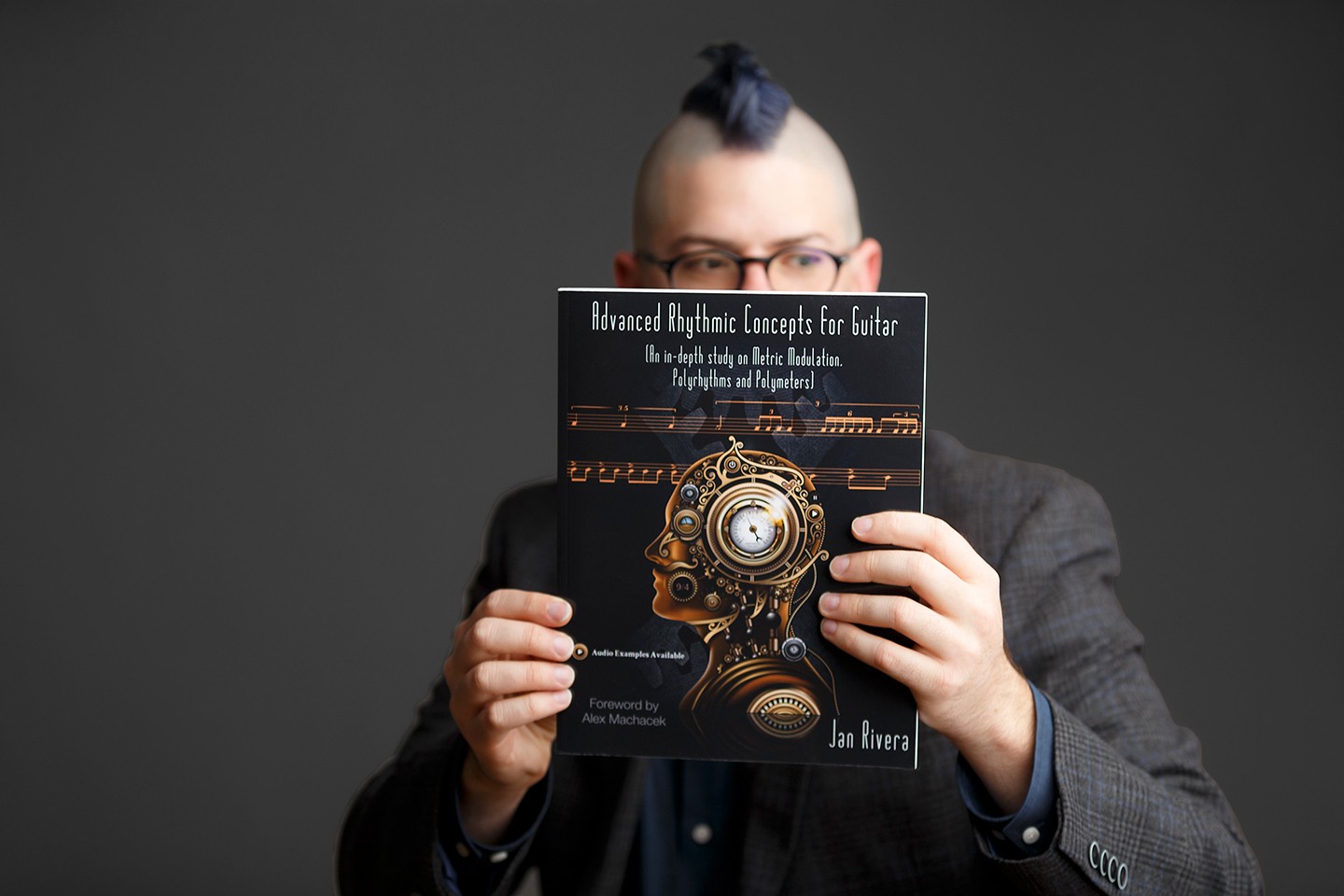 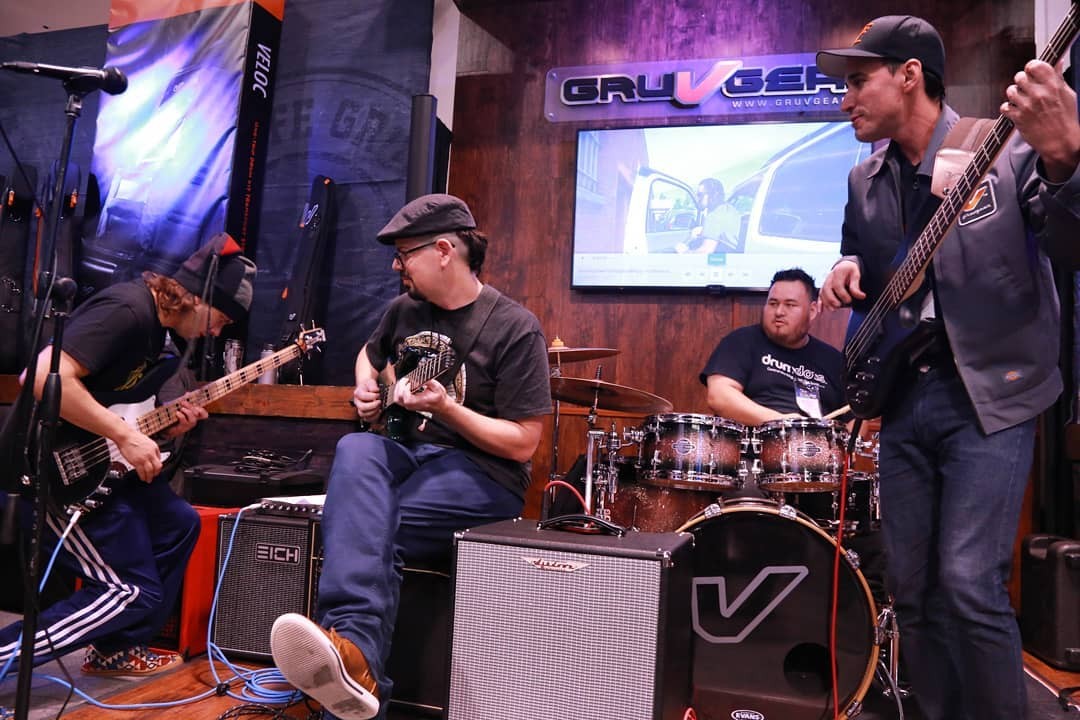 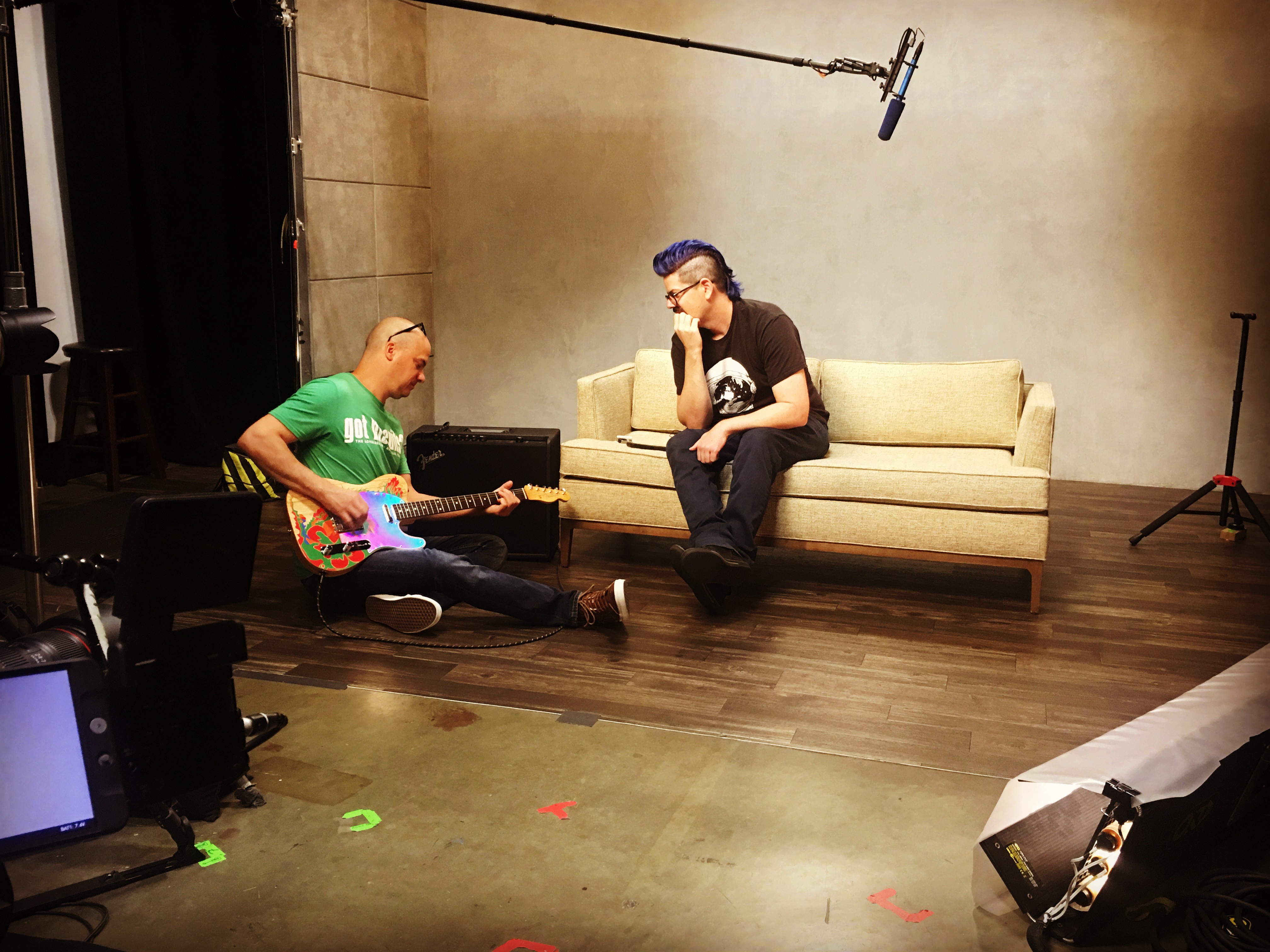 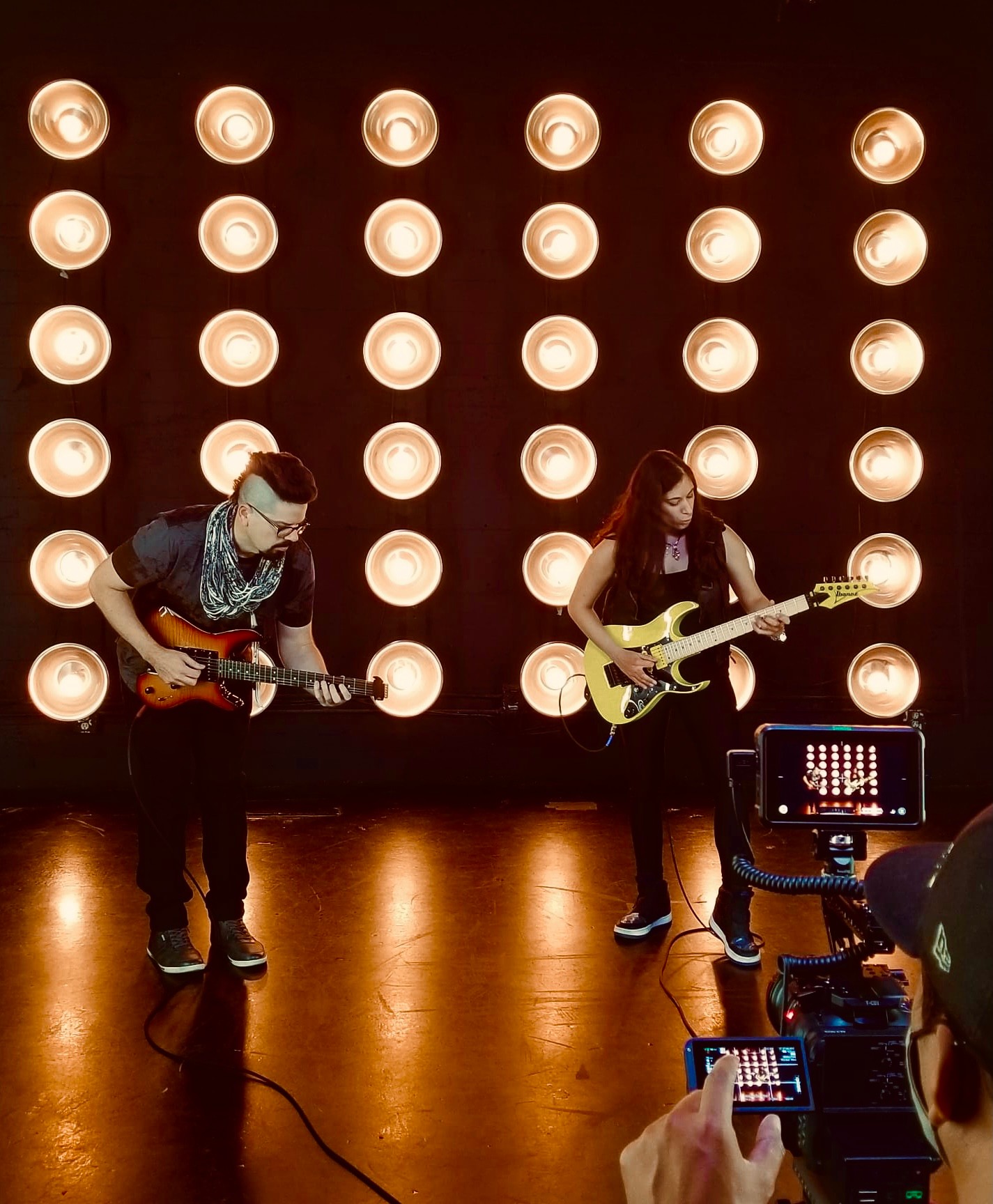