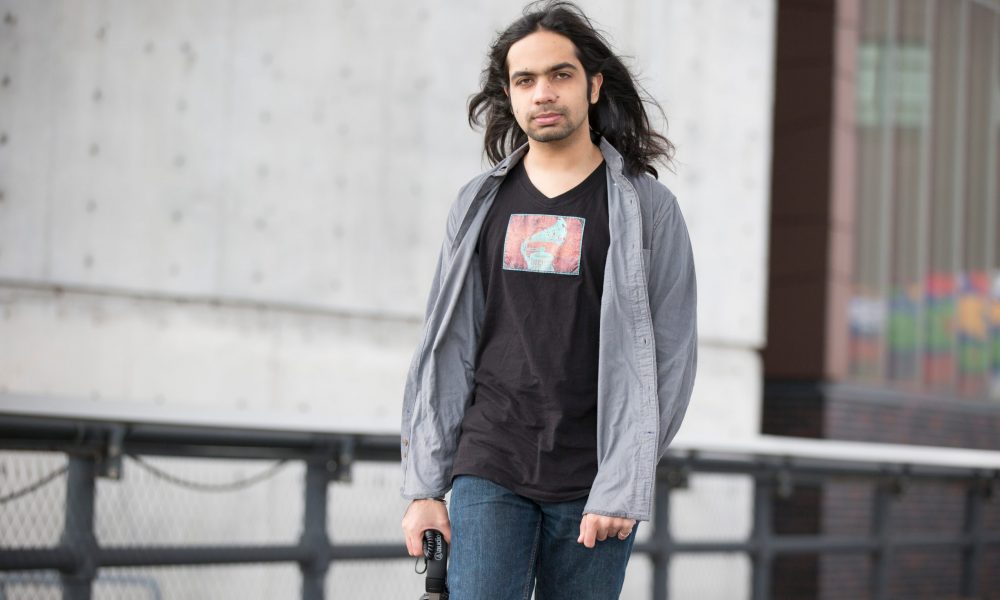 Today we’d like to introduce you to Ishaan Chhabra.

Hi Ishaan, thanks for joining us today. We’d love for you to start by introducing yourself.
I was born and raised in New Delhi, India and have been into music for as long as I remember. My parents figured I could reproduce melodies fairly accurately on the keyboard and had a knack for sound when I was around five. They then enrolled me for formal piano lessons – maybe also to distract me away from banging pots and pans in the middle of the night. I also trained in Indian classical music on the side. My uncle Chintan (songwriter, producer and a founding member of Parikrama – one of the biggest rock bands in India at the time) introduced me to computer-based MIDI programming at 12. That opened up a whole new world of making music and I started to delve deep into music production, orchestration, sound design and scoring to picture.

I met my mentor, Academy Award-winning composer A.R. Rahman at 15. He’s one of the key reasons I do music and meeting him was life-altering. He was the one who suggested that I consider studying music production at Berklee College of Music in Boston.

At 17, I moved to the US to study electronic music production at Berklee. After graduating I worked as a sound designer for Sonivox, a music software company in Boston for two years – developing synths and sample content for them. In 2013, I got the opportunity to score my first feature film called ‘Children of War’, which was also when I formally started working for A.R. as one of his main music producers. I collaborated on about 30 film projects with him, in addition to my work as an independent composer. With him. I got to write additional music and programmed the scores for Disney’s ‘Million Dollar Arm’, Dreamworks’ ‘The Hundred Foot Journey’, Jeff and Michael Zimbalists’ ‘Pele’, Gurinder Chadha’s ‘Viceroy’s House’ and Majid Majidi’s ‘Messenger of God’. It was an intense and high-pressure gig, but I learned so much working with him – not just in terms of growing my skill set, but also in terms of life and dealing with situations in a level-headed way.

I have since then scored more than 20 projects independently – between mainstream feature films, a couple of Netflix series and most recently an Academy Award-nominated documentary.

We all face challenges, but looking back would you describe it as a relatively smooth road?
The road hasn’t been without its challenges.. but I’ve been fortunate and grateful to have had the encouragement of my parents, family, friends and mentors. One of the biggest struggles was moving to the US at 17 right after high school in India and navigating through a whole new country and culture while managing an intense workload – between college, two jobs and an internship, not to mention the financial aspect. Also, being an introvert didn’t make it any easier – but thankfully things worked out!

Most of us working in the creative field face the challenge of maintaining a work-life balance and having some semblance of structure to life. What we do usually demands very long hours and the initial few years can feel extremely challenging. I feel I’ve gotten better at striking a balance and dealing with creative blocks, but there’s still a long way to go. Slowly getting the hang of it!

Thanks – so what else should our readers know about your work and what you’re currently focused on?
I am a composer for film/visual media and a music producer. I’ve always been fascinated with the art of combining music, sound and visuals. I feel every composer invariably has a distinct sound of their own. In my case, it is a (hopefully unique) blend of my explorations in sound design, western harmonic structures, Indian melodic sensibility and influences of music I’ve heard growing up and experienced while traveling. Also, my scoring work sometimes carries influences from my production work for other artists.. and that goes the other way round as well. I feel every project deserves its own ‘sonic world’ and try to treat each one as a unique canvas to fill.

Some high points:
– Co-scoring ‘Writing With Fire’, a 2021 feature documentary which was nominated for an Oscar this year, directed by Rintu Thomas and Sushmit Ghosh.

– Scoring ‘Love Aaj Kal’, an intense mainstream drama written and directed by Imtiaz Ali, one of the most influential Indian filmmakers today.

– Being one the three finalists worldwide for the ‘Rolex Mentor/Protege Arts Initiative’. Selected and mentored by legendary composer Philip Glass.

– Scoring ‘Omerta’, a 2017 thriller by Hansal Mehta, another highly influential filmmaker. I got to do some really dark, gritty and interesting soundscapes for this biography of a terrorist.

I shuttle and work between L.A. and Mumbai, India. It’s a bit of a nomadic life, which keeps things exciting and creatively stimulating. The tech enables you to work out of literally anywhere (I was recently working on a film project in a remote village south of Turkey and have frantically written cues at airports to meet deadlines, an hour before flying). All you need is a laptop, a hard drive with sample libraries, an audio interface, a portable MIDI keyboard and headphones. You do eventually end up finishing projects in a proper studio, but most of my writing happens on the go.

What quality or characteristic do you feel is most important to your success?
This will sound cliched, but putting in the hours and doing the grind is really what takes your talent to the next level. For me, working on my craft every day has been the most essential. It’s sometimes important to take creative risks and be a bit reckless so that your work stands out and you try to consistently push your creative envelope. I also think it’s equally important to be grounded, enjoy the process and have some fun – that’s why we do what we do in the first place! 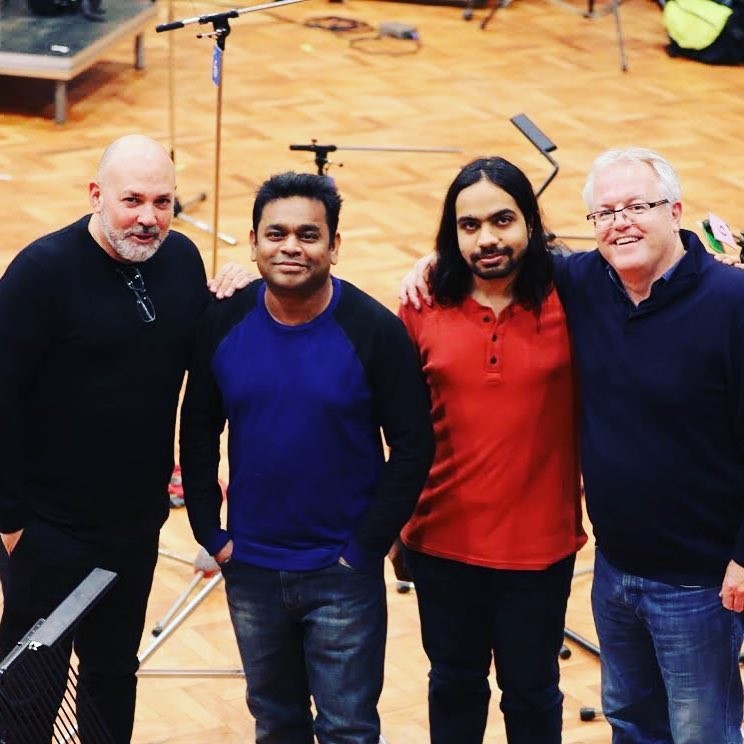 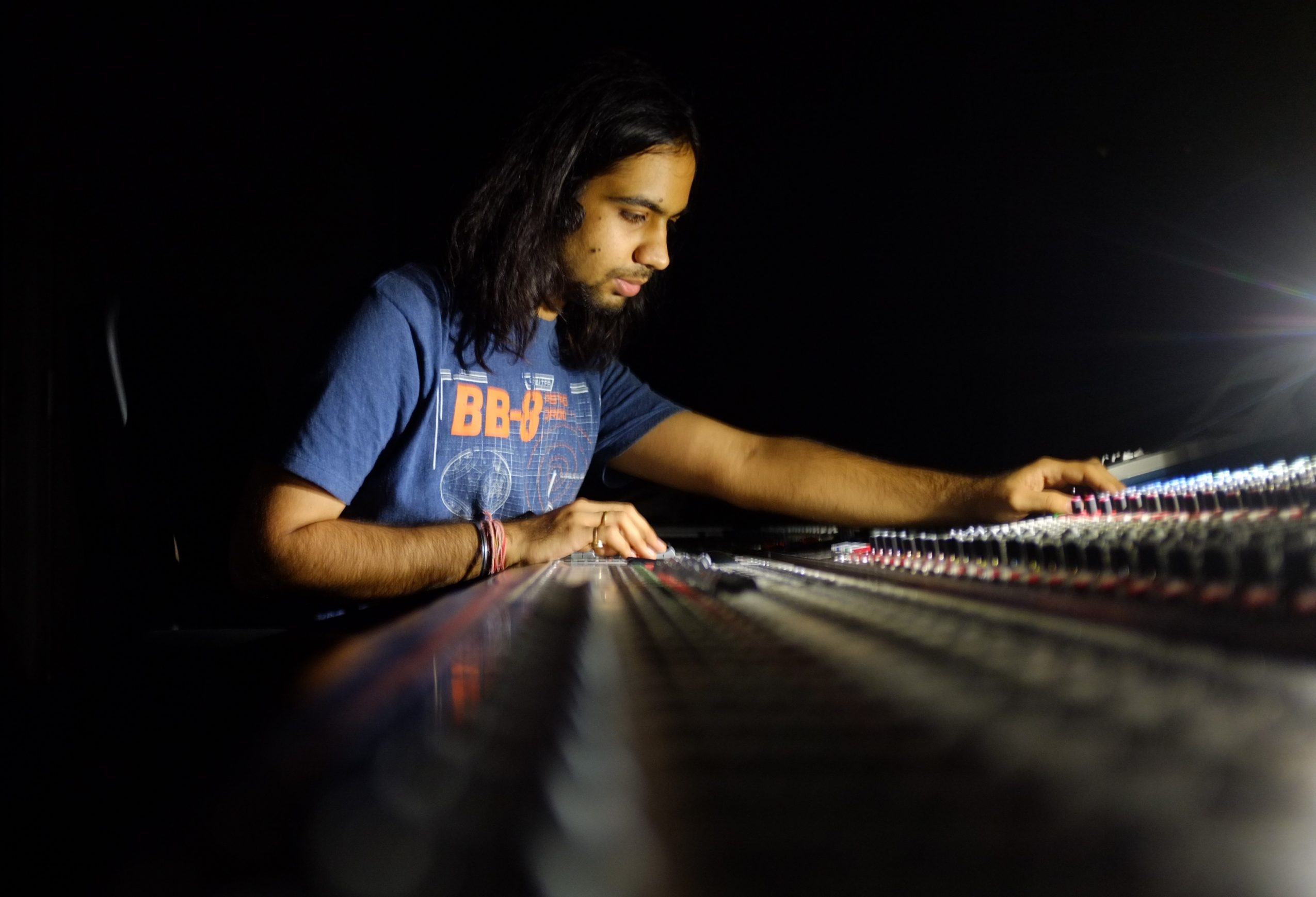 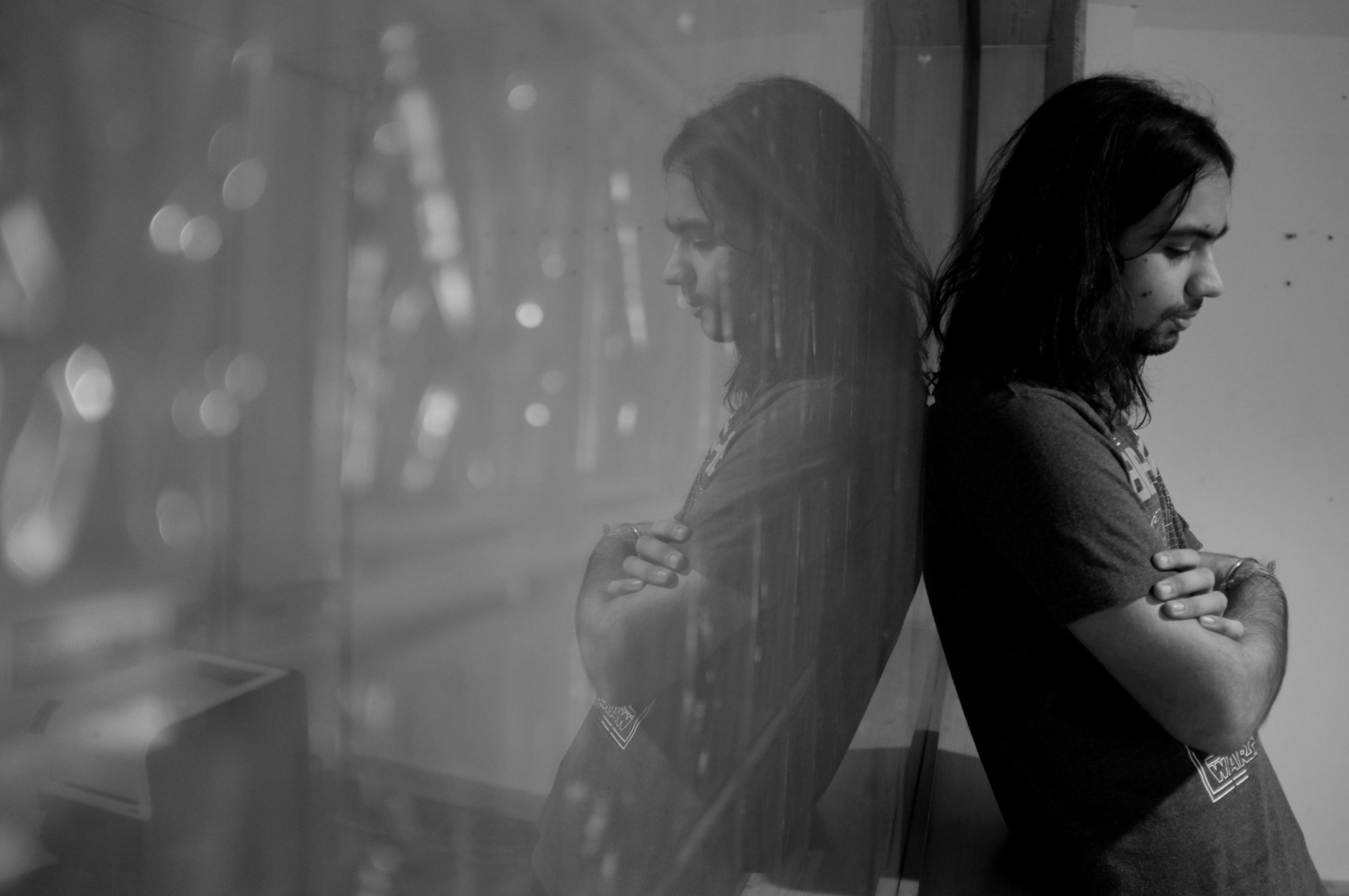 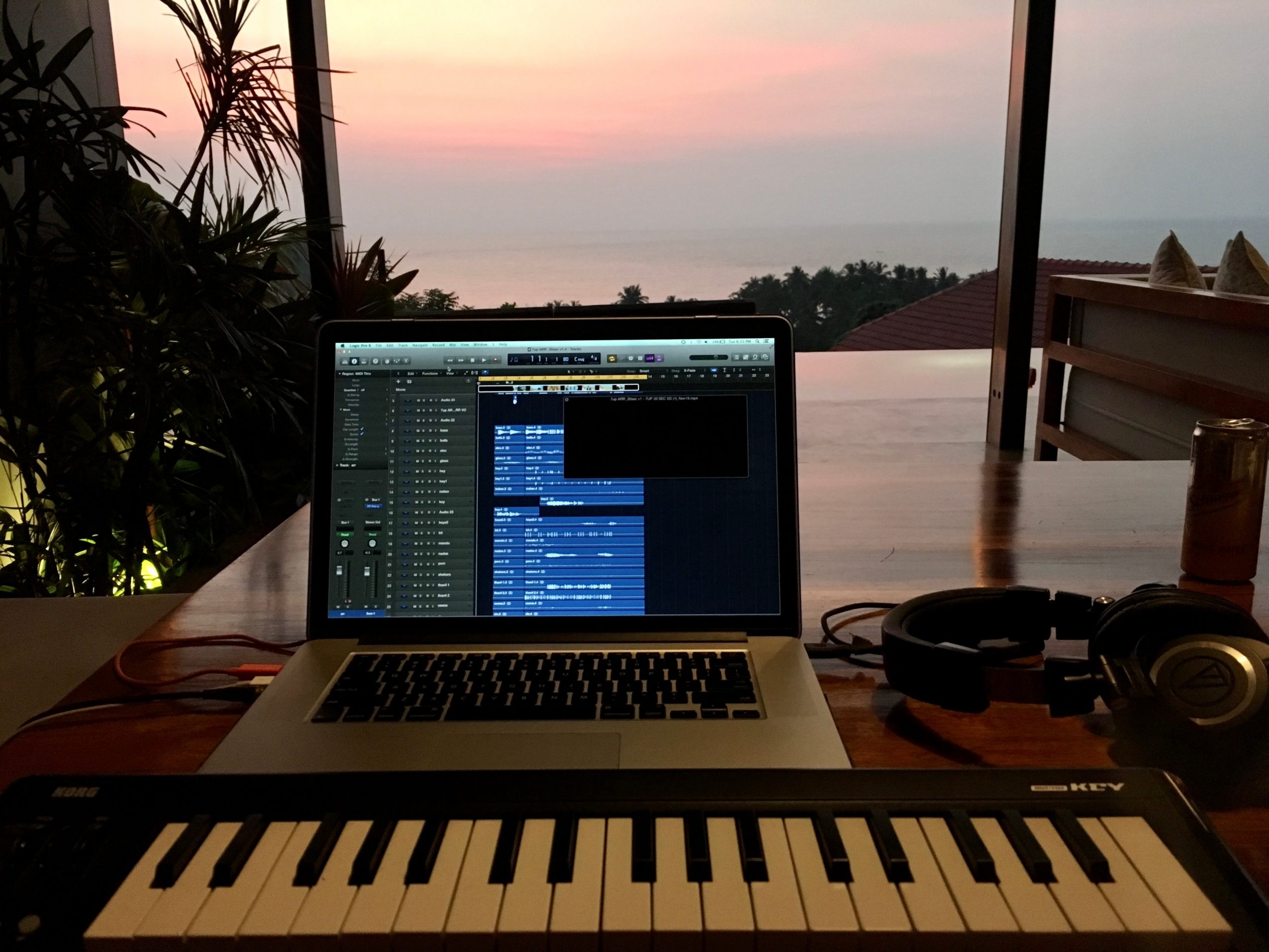 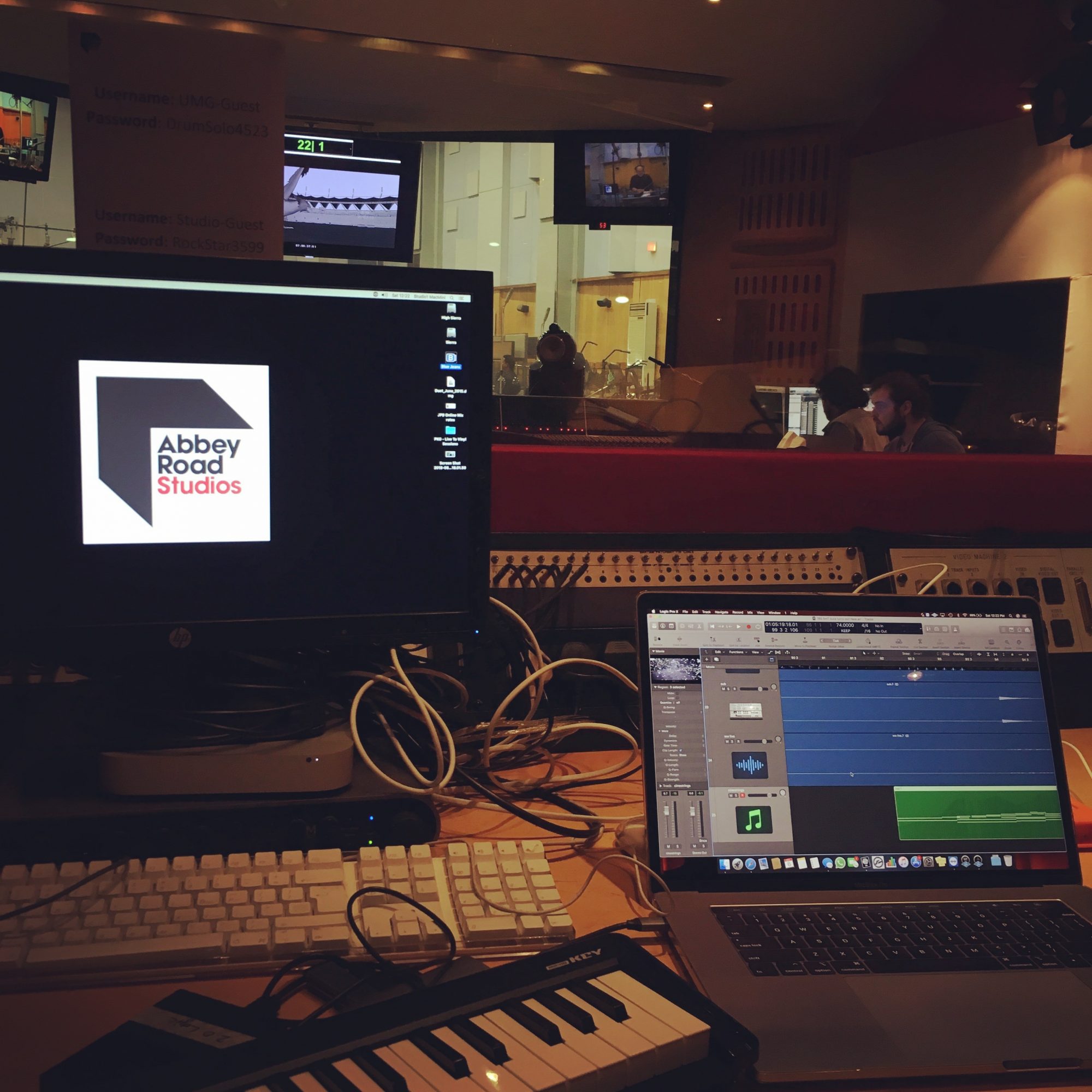