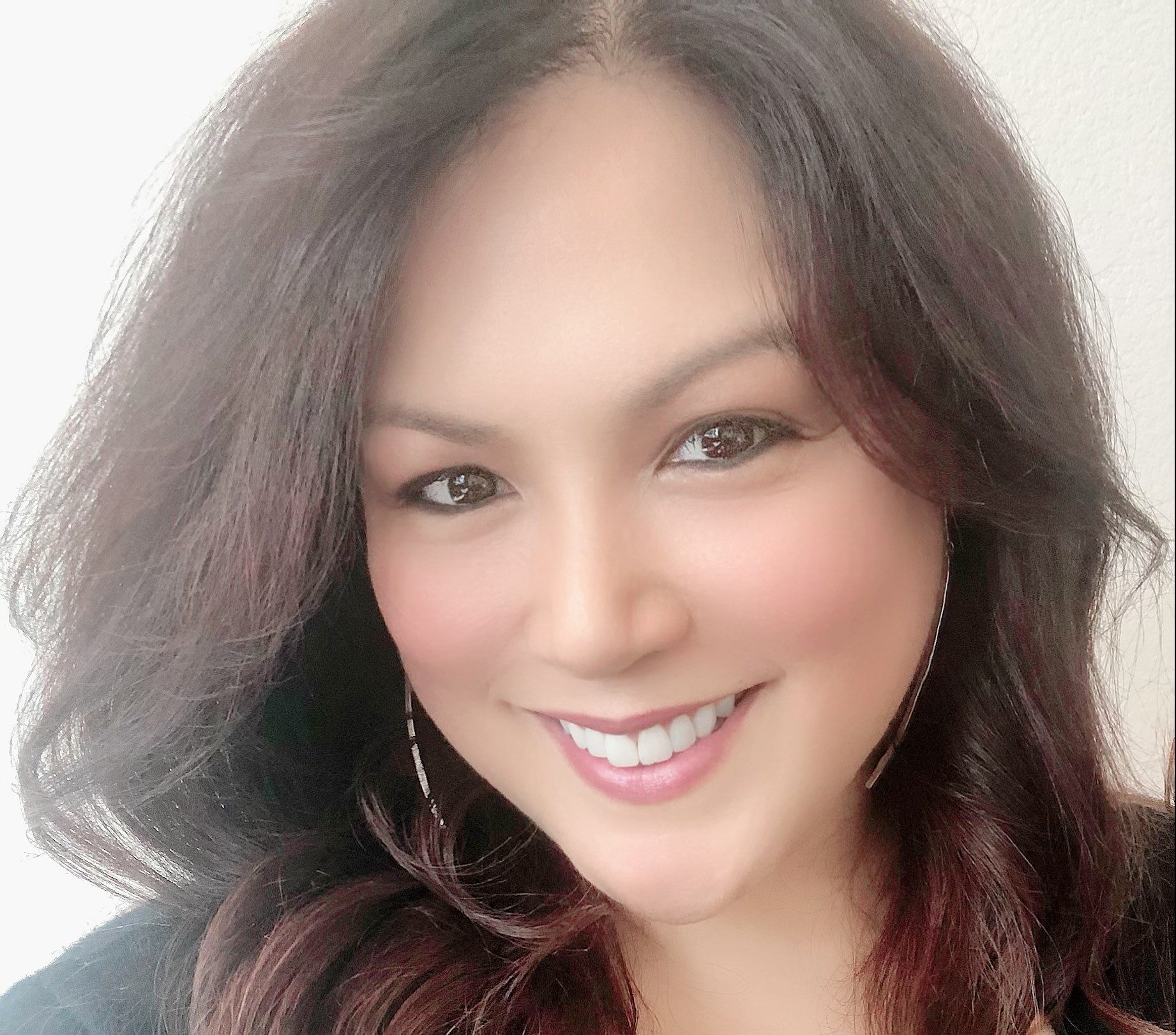 Today we’d like to introduce you to Francine Maigue.

Hi Francine, can you start by introducing yourself? We’d love to learn more about how you got to where you are today?
MAIGUE [mah – EE – geh]; derived from maige/maigi, a Tagalog (Filipino) word meaning “to do something well.” Maigue is my last name. Francine Maigue. (No pressure.)

Born in Cavite City, Philippines, I emigrated to the United States with my family when I was only a year and a half old. I was raised in Chula Vista and still happily live there today. My desire to try my hand (and excel) at all things, my passion for community empowerment, and my drive to live up to my name have only gotten stronger through the years.

After graduating from Chula Vista High School, I took time off to compete in a pageant and was crowned Miss Philippines of San Diego County 1999. It was a formalized way to represent and support my community. The experience taught me that people often only listen to those with a title. So, when you have one, you have to use it to the fullest. I was selected as an inaugural delegate to the Filipino American Young Leaders Program, mentored by His Excellency Ambassador Jose Cuisia and the Philippine Diplomatic Corps. Years later, I became the CEO | President of the Filipino-American Chamber of Commerce of San Diego County, producing cultural events for our community as well as workshops for our Filipino business owners. I served as Vice Chair of Chula Vista’s International Friendship Commission, developing a program for youth ambassadors to visit and network with Chula Vista’s sister city, Cebu City, Philippines. I authored a chapter in the Filipina Women’s Network book, DISRUPT: Daring to Lead, hoping to inspire more Filipinas to be vocal leaders. And, for over 12 years, I’ve penned a weekly column in The Filipino Press, highlighting local events and initiatives. Little did I know that one day I’d receive the Filipino-American History Award for achievement in the areas of Arts, Humanitarianism, and Community Service and be named “The Face of Global Pinay Power” and “1 of the 100 Most Influential Filipinas in the World,” for my efforts. I’m forever grateful.

I got my bachelor’s degree in World Arts & Cultures from UCLA. Dedicated to making the absolute most out of higher education, I founded an undergraduate dance company, produced a college bound program, and served as leader of multiple student organizations on campus. While at UCLA, I was selected to perform with the legendary Mikhail Baryshnikov and was featured in television shows for ABC and ABC Family. After winning the regional American College Dance Festival, two friends and I were blessed to perform at The Kennedy Center. I was even asked to choreograph an original production that was showcased at The Lincoln Center. Many dreams came true during my time as a Bruin, and I hold each memory dear to my heart.

After graduating from UCLA, I choreographed and was the dance soloist and a supporting vocalist for an international concert tour, my best friend’s. She and I grew up performing together around San Diego. On tour, we’d smile at each other on stage, much like we did when we were 10 years old. Except now, the venues, like Seoul Olympic Stadium, and audiences were much bigger with thousands of screaming fans on their feet every night.

Always hungry for growth, I got my master’s degree in Management from Harvard University. While in Cambridge, I enjoyed being a part of Harvard Ballet Company and Harvard -Radcliffe Modern Dance Company. Passionate as ever about equity, I hosted the Philippine Presidential Debate at Harvard Law School and founded Harvard’s Women’s Empowerment Convention and Network (WECAN). I also served as Director of Operations for Harvard’s “Innovation in Challenging Times” Business Conference and as Diversity Ambassador for Women Entrepreneurs for the business society.

In recent years, my love for writing and giving all communities a voice garnered me the title of Poet-in-Residence for New Americans Museum. I’m so honored to be able to use this platform to shine a light on immigrant stories.

My list of things to create and people to help and advocate for continues to replenish itself. But I’ve had to slow down quite a bit. In May of 2019, I was diagnosed with Stage IV lung cancer with brain and bone metastases. I’ve never smoked a thing in my life, and the disease does not run in my family. I have learned though, that I have the EGFR gene, which predisposes me (and other Asian women) to a genetic mutation that triggers non-small cell lung cancer. I’ve also learned that lung cancer is the #1 global killer of women and men worldwide. Since my diagnosis, I’ve wondered why this isn’t more widely discussed so as to detect the disease earlier and save more lives. I’ve worked to spread awareness and advocate for our community of lung cancer warriors. November is actually Lung Cancer Awareness Month. #whiteribbonproject

Alright, so let’s dig a little deeper into the story – has it been an easy path overall and if not, what were the challenges you’ve had to overcome?
I remember learning early on not to put too much stock into what people, especially peers, think or say about you because you’re “different.” When you assert yourself and dare to innovate and go beyond the status quo, you have to believe in yourself. Perfection may be impossible, even subjective. But the comfort and strength (even satisfaction and joy) that come from doing one’s best in all situations and staying true to one’s self is invaluable. When you know you’ve given your best, the opinions of others matter less and less.

Can you tell our readers more about what you do and what you think sets you apart from others?
Artist | Creative:

Having trained in multiple dance genres since the age of three, I worked hard and received High Honors from the Royal Academy of Dancing. With competitive dance as my “sport” of choice, I won the Pacific Coast Talent Champion title for eight consecutive years. I began teaching dance at the age of 11. When my always inspiring sister, Theresa, established a performing arts school in San Diego, it was my pleasure to be a part of a faculty whose priority was to ensure that each of our students felt safe, respected and accepted for exactly who they are. As an arts educator, I’ve always wanted to provide my students with as many opportunities as possible to shine and express themselves. I’ve been fortunate to have my artistic work showcased around the world, in venues including The Kennedy Center, The Lincoln Center, and Seoul Olympic Stadium. Most recently, I was honored to direct and choreograph the world premiere of the theatrical production of Disney’s MOANA.

For nearly eight years, I’ve served as District Director for Assemblywoman Lorena Gonzalez. Our office represents 500,000 residents of Chula Vista, National City and San Diego. We’ve worked hard to produce programs and provide essential resources, especially during the pandemic. I’ve most enjoyed establishing leadership development programs that empower youth and their families through a strong understanding of our legislative system and the community’s role in it.

So, before we go, how can our readers or others connect or collaborate with you? How can they support you?
I love collaborating with fellow artists and activists! Creating engaging work that uplifts, educates, and empowers our community is important to me. Everyone deserves a voice, a choice, and the opportunity to succeed. Whether there’s someone out there looking to co-produce a television show or movie that showcases the too often mis/underrepresented Filipino community, create a theatrical production, support lung cancer medical advancements, or more, I invite them to email me at francinefilipina@gmail.com. They can also message me on Facebook or Instagram. 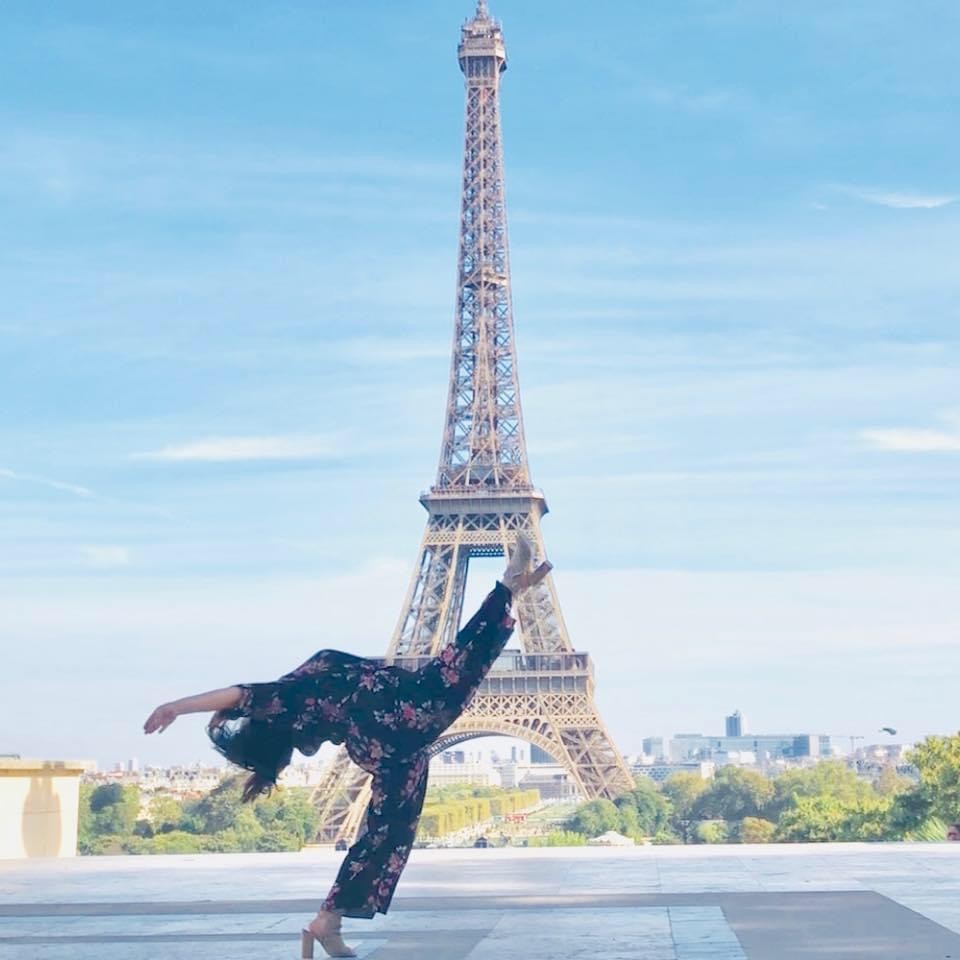 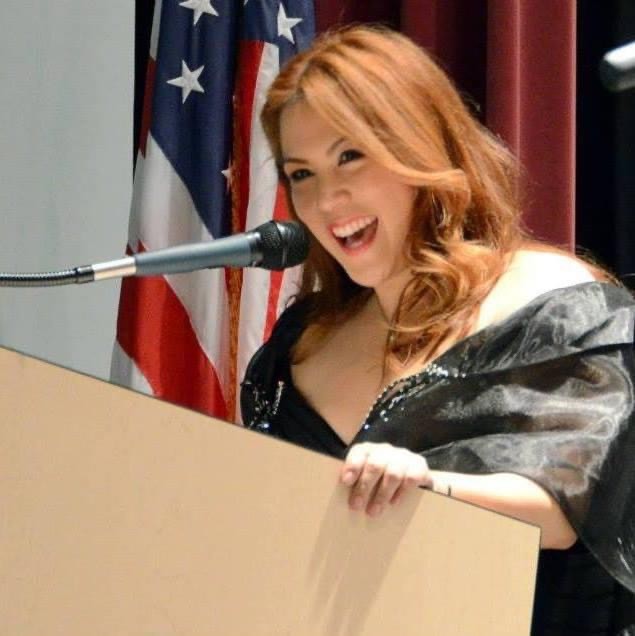 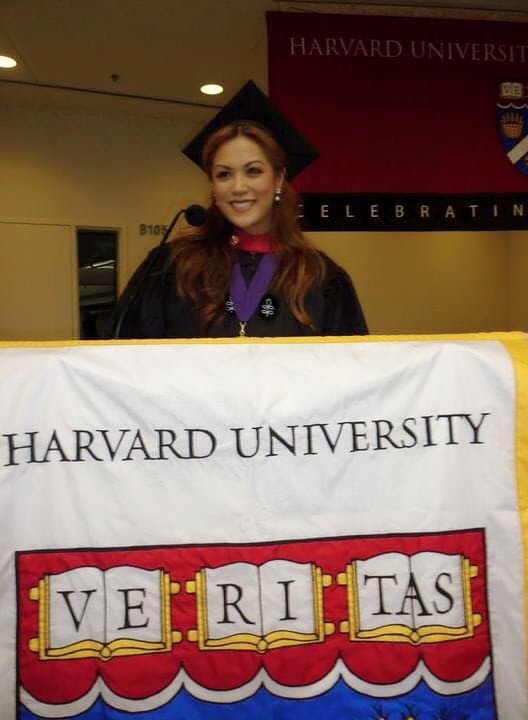 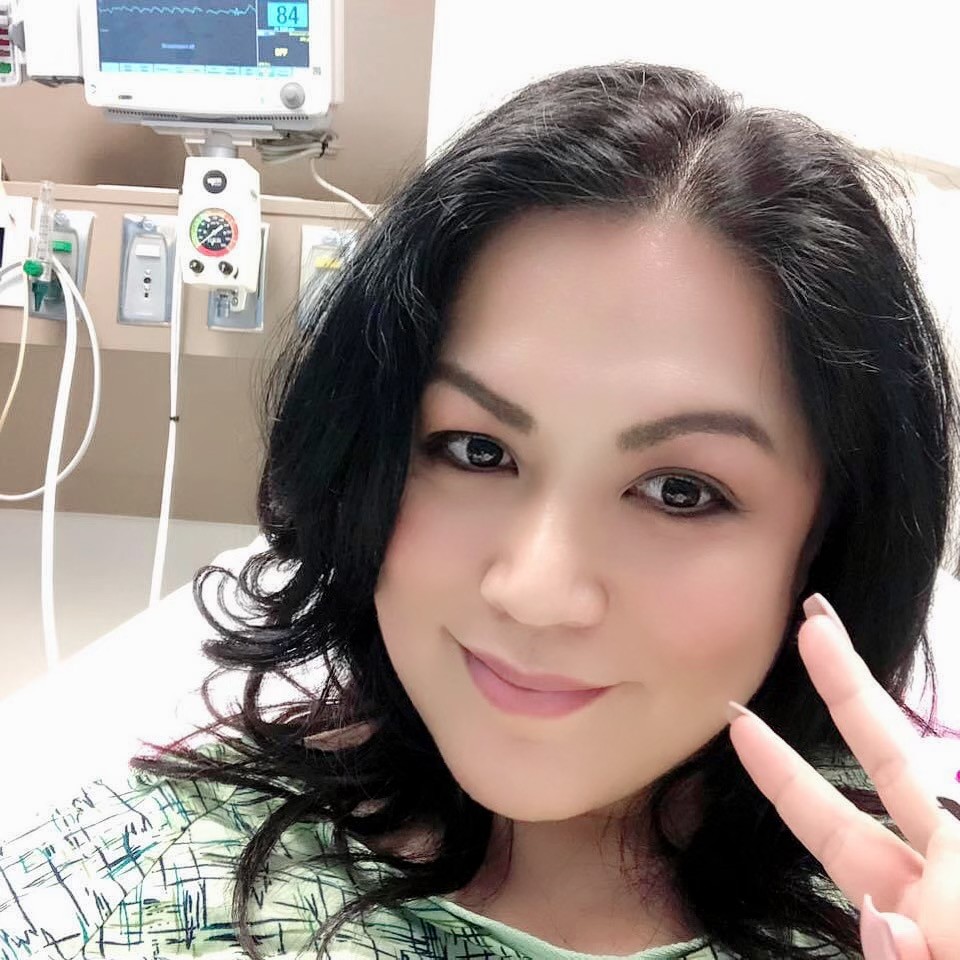 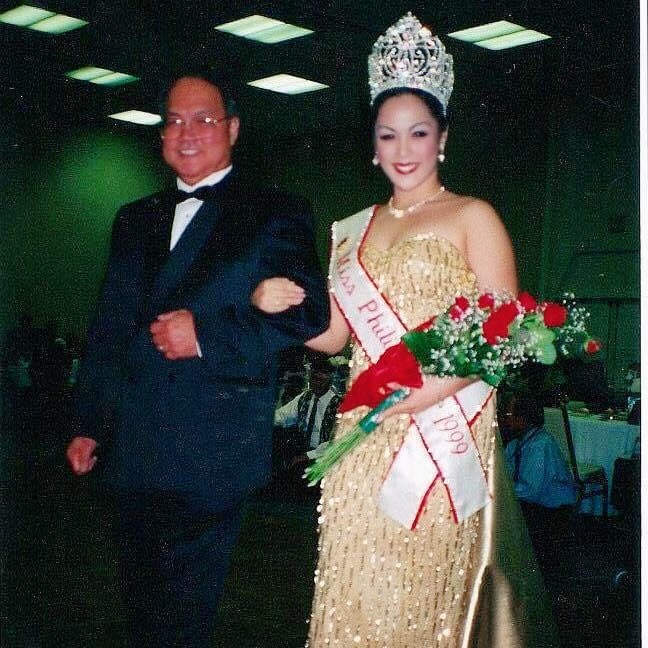 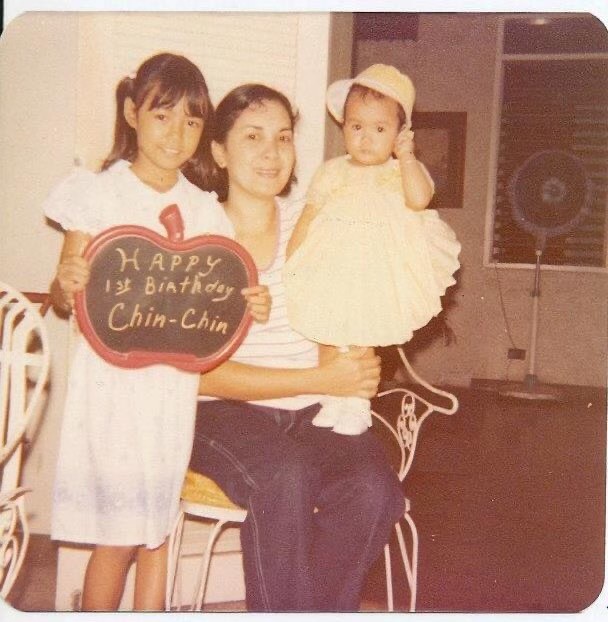 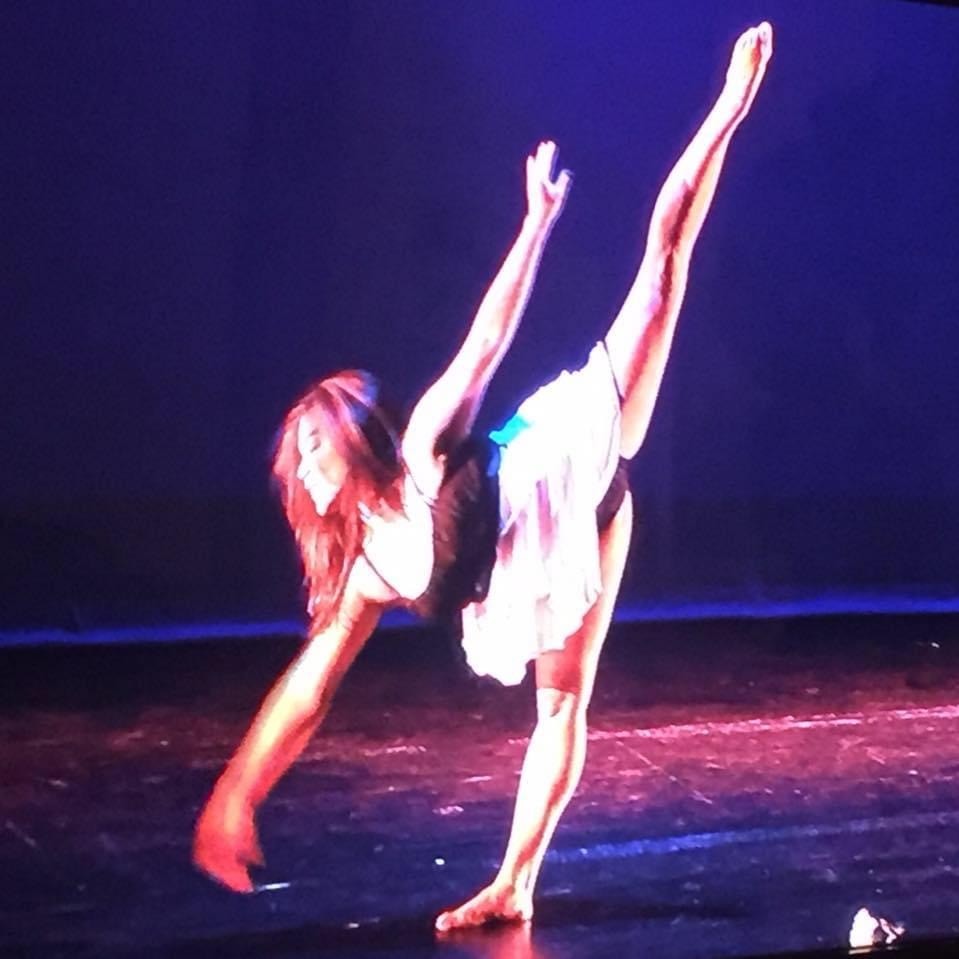 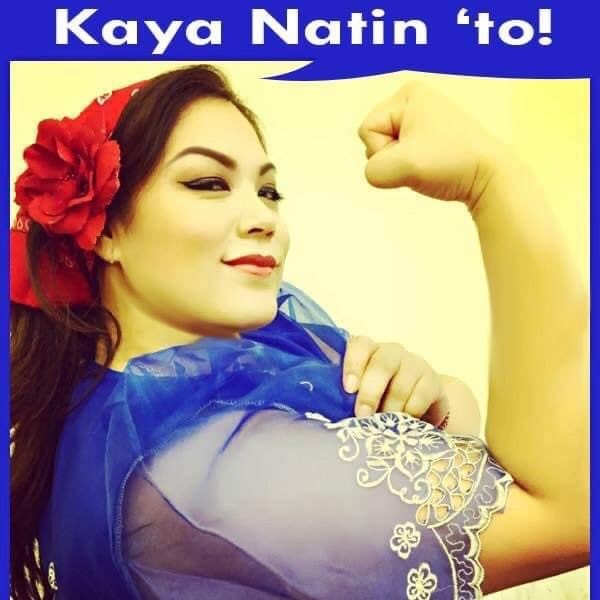