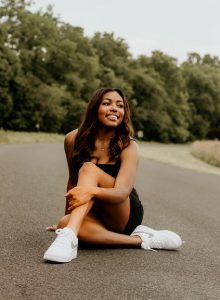 Today we’d like to introduce you to Eva Pierrot.

Hi Eva, thanks for joining us today. We’d love for you to start by introducing yourself.
I was born in Princeton, New Jersey and raised in Catholic school almost my whole life. It was extremely obvious that as a kid, I loved the spotlight. I was always the lead in my school plays, frequently went on Broadway auditions, and even had my own YouTube channel. Looking back now, it was incredibly cringey, but I remember when I started it, I absolutely fell in love with making content. And I remember in a period of like a month, I had 1000 subscribers. Then I was recruited to join this all-girls collab channel at the time, which was called This Is Us and had around 40,000 subscribers. It doesn’t seem like a lot now, but this was incredibly exciting for a 13 years old.

Right before I started high school, I made the decision to quit YouTube because I thought I was going to get bullied for it despite how much I loved it. I just found other ways to get involved in popular culture, whether it just be by casually using social media. Then when I was 16, I came across this internship position for MTV and they were looking for a youth and culture intern to analyze popular trends and report back to them so they can generate relevant content. I just applied even though I was like there is no way that they are going to take a sophomore in high school… and they took me. So I got the chance to fly out to Vidcon in Anaheim, California which sort of sparked my obsession with Los Angeles. I grew up in an area where everyone kind of stayed around after graduating high school. So this obsession that I had with going to California for college (because that’s the only way I knew that my parents would understand me moving that far) was really alarming for the people who I told. But at that point, I didn’t care.

I don’t remember how, but when I was researching the schools that I wanted to go to in Los Angeles, I became stuck on going to USC. From that point on, every single thing I did in high school, every decision I made, and every test I took was always based on the fact I was determined to get into USC. Getting accepted was the only thing I cared about since I was a freshman in high school. I was always talking about college from the moment I walked through those doors. And everyone and anyone knew that I wanted to go to USC/

I thankfully ended up getting into USC and probably changed my major a few times after that. Moving to Los Angeles was quite rough because I didn’t realize how big of a culture shock it would be. It is really hard when you come from a place like New Jersey, where every weekend the kids hang out at the mall or each other’s houses. Now I’m in a place where kids have been going to clubs since they were 14, and have yachts, and travel to Cabo just for fun on the weekend. It was really hard to catch up no matter how much money you had or who your parents were. It’s like you’re just inserted into a place where the lifestyle is luxury and no one expects less. So I tried to keep up: I threw the party in the mansion, bought the designer bags, spent hundreds of dollars on dinner, but I soon came to the conclusion that the lifestyle was so not fulfilling to me and honestly the friends that I attracted because of it sucked. So then I wanted nothing to really do with it anymore.

When the pandemic happened, I was able to find myself and my roots again. I fell in love with learning, working out, I even decided to lose 40 pounds. I also just began applying to a bunch of remote positions because I was like I had nothing to lose during that time. Over the course of the two years, I began working professionally for my school as an instructional designer (I still do), I interned at a really well-known production company called the Gotham Group and then worked directly for L.A Reid under his startup label, “HitCo.” And come this summer, I am hopefully going to start working as a content production intern for Disney!

However, this January I got myself into some accidental TikTok fame, and since then I have gained almost 80,000 followers on the app. Which is crazy because I never really expected that to happen. Next thing I know, brands are reaching out to me for brand deals, sending me free clothes, etc. I just finished doing a brand deal with Savage X Fenty for their new spring line. I believe those videos will be used for their social channels.

However, this burst of attention kind of put me in a weird place because I considered the app to be more of a hobby, but now I have people from all over the world who comment that my videos make their day or they look forward to watching my videos. So I kind of feel obligated to post and maintain my content. But at the same time, I am noticing that influencer culture and social media is honestly kind of dying. Now that the pandemic is over no one wants to live in a virtual space anymore everyone kind of wants to go out and experience life again and I’m here for it. Also I feel like society is kind of at a point everyone is realizing that everything we see on social media is fake, so now they’re like what’s the point now that the excitement and mystery is gone? I think the fading of social media will likely open up space for the meta-verse to get popular, which is a mix of virtual reality and live reality.

Would you say it’s been a smooth road, and if not what are some of the biggest challenges you’ve faced along the way?
I wouldn’t necessarily say that the path to get to where I am now has been totally smooth this entire time. Moving to Los Angeles in general was extremely hard for me because I’ve lost that sense of familiarity and safety that comes with friendships. Majority of the people that I encountered were already from Los Angeles so their friend groups have been their same friend groups since high school. In addition like I was just getting used to the change in environment, going out for brunch, buying $10 coffees, going out starting Wednesday. These were the norms. And at first, I convinced myself like this is the lifestyle I’ve been dreaming of, this is the lifestyle I’ve always wanted and now I have it. But at the end of the day deep down I always knew that that lifestyle is not me. It does not fulfill me and it really never will. So this aspect of having to fit in just so I can make my transition easier actually made my transition worse.

Thanks – so what else should our readers know about your work and what you’re currently focused on?
I feel like my work is definitely all over the place. Anyone looking at my résumé would be like wow she just decided to experience everything. And that is very true. Over Covid, I just told myself that from now on, I’m going to go after and say yes to anything and everything that I’m even remotely passionate about. So I have. I went to get my real estate license and even worked in real estate for about a year. Then I began working in design. I just applied to any and every remote position, even if I wasn’t qualified, and for some reason I got one working for my school professionally as an instructional designer. They were looking for a graduate or post graduate at the time, and I was only a sophomore in college. Then I came across a few people who were starting this music discovery platform called OfftheCassette and that became my new passion for like a year and a half before it kind of phased away. I was the head of media content, and we decided to turn it into a multimedia platform once big and small artists started asking us to do articles about them and major and minor record labels started inquiring about getting their artists on our platform. So we thought it was a pretty big deal, but it was honestly so much work for a group of kids who were still in college. I have made some of the best memories and connections by working on it though. As far as my creative contact goes, I try to do a blend of humor and body positivity. I just kind of want everyone to know that it’s OK to be weird, extra, and like different in every way shape and form. You have one life to live! 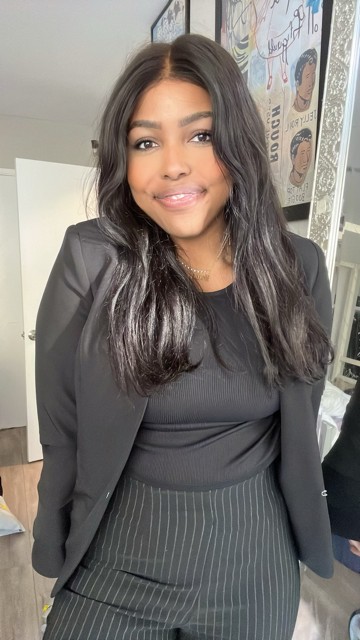 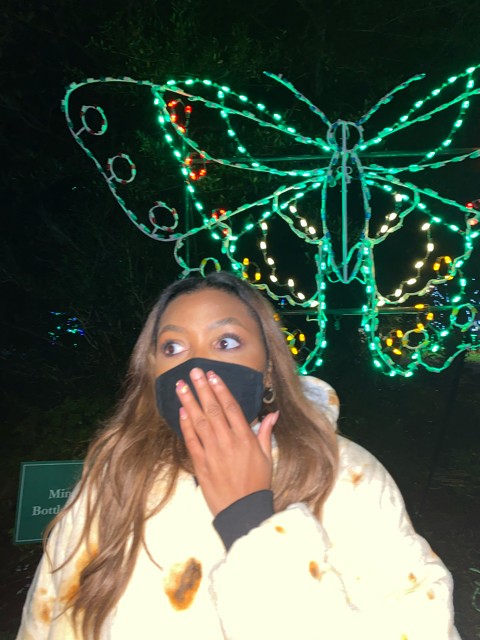 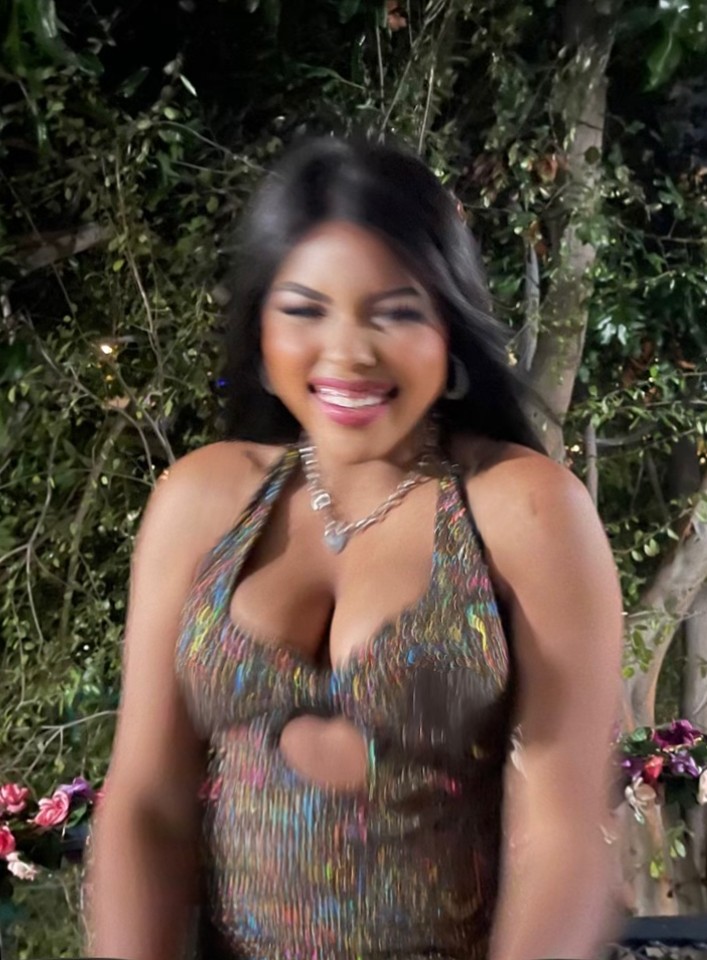 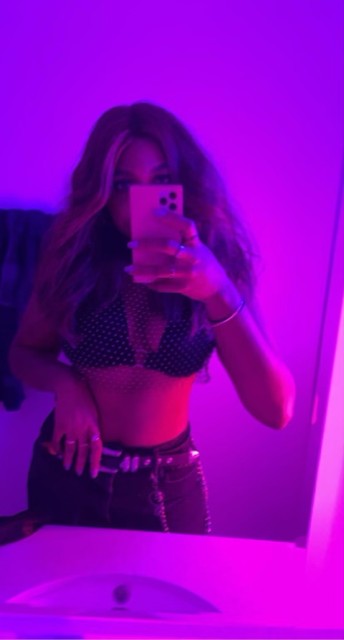 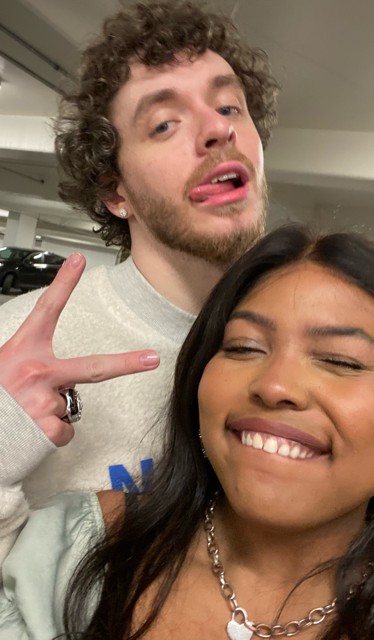 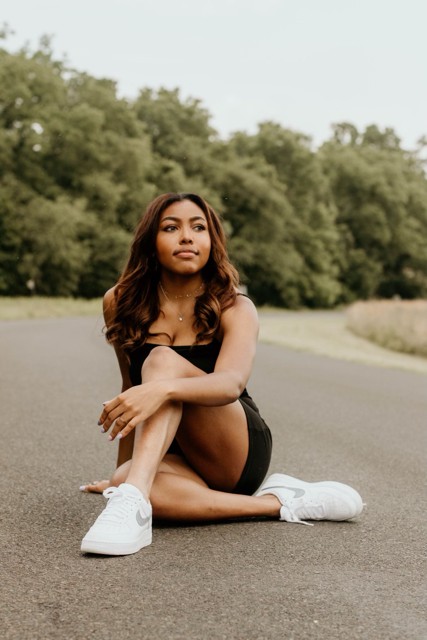