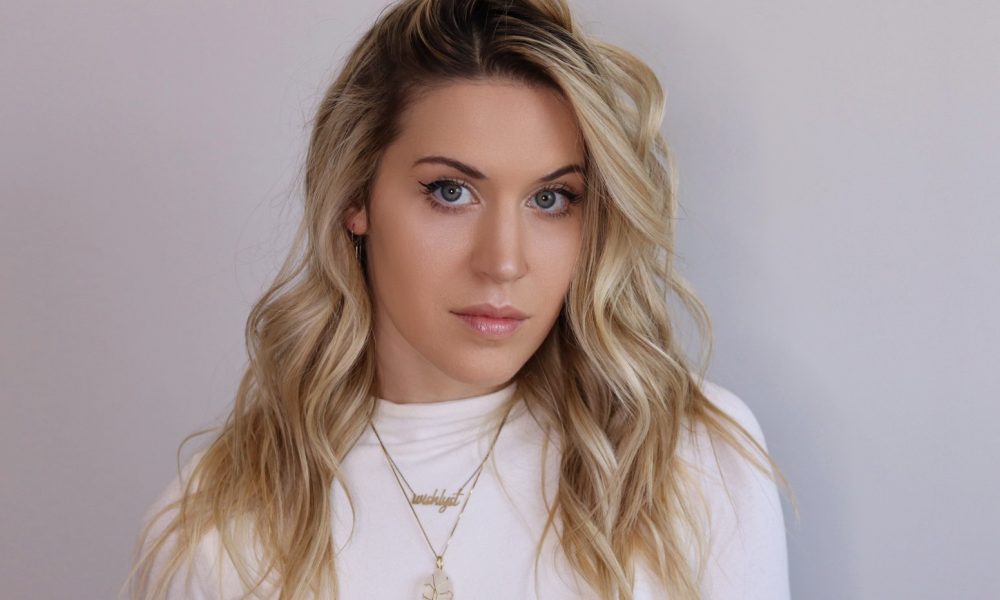 Today we’d like to introduce you to Emily Davidson, AKA Wishlyst.

Alright, so thank you so much for sharing your story and insight with our readers. To kick things off, can you tell us a bit about how you got started?
It’s a long story, but bear with me! Raised on The Beatles and Michael Jackson, music was always a part of my life. I personally requested piano lessons at age five, though I got bored of it quickly, and it wasn’t until I got an acoustic guitar at seven that an instrument clicked with me. My dad, a guitarist and composer, rather than opting for formal lessons, showed me how to read a basic chord chart and gave me a huge book of Beatles songs. From there, I was self-taught on guitar.

Throughout my childhood, it wasn’t necessarily clear that music would be my career. I was equally interested in visual art and creative writing, so I forged a creative path at a young age but not necessarily music-only. I loved to express myself and used whichever medium spoke to me at the moment.

Fast forward to high school—I’m involved in a number of creative pursuits like photography, poetry writing, and playing in the school orchestra. I took up the cello in my public school music program in 4th grade but just saw it as a school activity. When we got a new orchestra director, she encouraged everyone to take private lessons on their instrument. I had never considered it for cello up to that point, but I decided to give it a try.

I fell deeply in love with the cello when I started private lessons, and within about a year, I knew I wanted it to be my career. Classical music spoke to me on a deep level, and I found myself having a much easier time understanding it than many of my peers. I loved how classical music showed us that despite hundreds of years of cultural and technological development, the human experience is ultimately still the same. We feel love, loss, joy, and pain, just as we did hundreds of years ago. I decided to audition for the classical music school, but most students auditioning had about ten years of private lessons under their belt. I had one. Through fierce dedication, I motivated myself to practice minimum of 3 hours a day and managed to get accepted as a Cello Performance major.

But that was just the beginning of a long road. The conservatory environment is extremely competitive, so I had my work cut out for me. I completed my four years Bachelor of Music degree in Cello Performance and continued onto grad school to pursue a Master of Music degree right after. In classical music, advanced degrees are expected. By this time, I had fallen in love with Baroque music specifically—music composed between 1600 and 1750—so I specialized in that for my Master’s, earning an Early Music Performance degree in cello.

For grad school, I had moved to Boston, a city with a thriving scene for early classical music, so I stayed in the area after school and began freelancing. I performed solo recitals, recorded albums, got interviewed by The Huffington Post for my niche speciality, founded a period instrument string quartet that toured nationally, performed at Lincoln Center, and was interviewed in Boston Globe and NPR, all while maintaining a studio of private students I was teaching weekly. I had a rich and rewarding career, but something was missing.

While I loved the music I was playing, I was feeling less and less inspired and understood by my colleagues. I had launched an extremely successful YouTube channel focusing on early cello music, but I was judged by my peers because self-recordings and videos were still largely frowned upon in the early 2010s. I was often criticized for my concert outfit choices as “not appropriate” and my more progressive ideas were shut down. Classical music was becoming less and less relevant to the world at large, but the musicians refused to adapt and evolve. I loved this music, but I didn’t love the work environment.

As a hobby, I took up DJing on the side to bring some variety to my life. I always loved pop and hip hop, so I started making mixes of my favorite songs. My brother is a DJ and we had a network of mutual friends who were too, so before I knew it, I was playing DJ gigs with them alongside my robust cello career. Many joke that DJing is a gateway to music production, and it absolutely was for me. Before I knew it, I was trying my hand at Ableton Live making DJ edits and beats. Eventually, I played around with adding vocals and songwriting elements.

By 2017, I was feeling very stuck in my Boston life. I decided to pick up and move to Los Angeles, not to chase a dream but to chase a new beginning. I intended to continue my classical career and DJ on the side, but it did not take long for LA to change me. Before I knew it, I was focusing more and more on my own music and writing my own songs. At the end of 2017, I launched Wishlyst—my project for my original songs, written and produced by me—and that’s when things really began.

Though the project started more electronic-inspired, coming out of my DJ skills, once my mom shipped me my acoustic guitar that had been in storage, the dots really connected. I could use my music production skills as well as the guitar skills from my childhood and the poetry writing skills of my teens. Suddenly writing songs made more sense than ever.

It wasn’t a simple switch, but over the course of 2018 and 2019, I began to phase out my classical cello work and focus on just my songwriting and production. Over time, I started incorporating my cello playing into some of my music. I didn’t jump to do this right away because it was important for me to be fully immersed as a songwriter and music producer without leaning on the crutch of my classical training. Now I’ve found a way to truly bring all my skills together in a way that feels organic and authentic. In 2020 I launched a new project, Wish on the Beat, which releases instrumental lofi beats. That project became a great outlet for my instrument playing since I didn’t have to write lyrics or record vocals for those tracks. Between Wishlyst and Wish on the Beat, I truly have all my musical bases covered.

I’m sure you wouldn’t say it’s been obstacle free, but so far would you say the journey have been a fairly smooth road?
All creative paths are bumpy and mine is no exception. Though I was thrilled to get accepted to classical music school, my 6 years of higher education were brutal. The demands of a conservatory are extreme and do not encourage a work/life balance. A regular week had hours of daily practice, rehearsals, classes, auditions, recitals, research papers, and I often took additional workshops in the summer, all while trying to make up for lost time since I had way fewer years of experience than my peers. I was not respected much by my teachers or colleagues, so I was constantly fighting a battle to prove myself in an already competitive environment. I was told at many stages in my education that I would not be able to make it as a classical musician. Despite the hardships, I came to know and harness discipline in a way that will never be lost. I truly understand the value of hard work and determination. I also proved those people wrong, but that part is less important.

I felt more free when I started to focus on Wishlyst, but LA is not without its disappointments and broken promises. Many times I was offered opportunities and pep talks by very successful people in the industry saying they wanted to sign me or get me a deal. None of those ever panned out. There were moments in my journey as Wishlyst where I thought it wouldn’t go anywhere and I had discarded my entire classical career on a pipe dream.

Thankfully, Wishlyst had some wins, like getting on a Spotify Editorial playlist without support from a manager or team, and both Wishlyst and Wish on the Beat have racked up millions of streams. But I had to believe in the projects when no one else would, very similar to my classical career, and be willing to do it on my own without the support from people in the industry. As much as I hoped Wishlyst’s path would be different than my classical one, I accepted that my best work is often done on my own.

As you know, we’re big fans of you and your work. For our readers who might not be as familiar what can you tell them about what you do?
I focused on singles for most of Wishlyst’s output, both original songs and cover songs. My original songs tend to be guitar-based with lofi hip hop drums, creating a chill pop sound and sometimes incorporating cello elements as well. My most successful cover songs have been ones originally by male hip-hop artists—I tend to be most inspired by artists that are not just like me, and I think the covers do well because of the unique approach. My most streamed cover song is a chill lofi version of Kanye West’s “Runaway.”

After years of singles, I’m thrilled that I’ll be releasing my debut EP this fall. Wishlyst’s lofi pop sound has really crystallized, and I’m excited to showcase my songwriting, production, and instrument playing in this new EP. Women producers are on the rise, but they still only make up about 2% of all music producers. I’m proud that the music I release is not only written solely by me, but also the production, mixing, and instrument playing is done by me as well. The EP releases October 7.

I’ve done vocal features with tons of incredibly talented artists spanning broader genres, as well behind-the-scenes songwriting for bigger artists and production/mixing work for up-and-coming artists. But my focus is really on my own projects, Wishlyst and Wish on the Beat.

What matters most to you?
My musical journey has taught me to count on myself more than anyone or anything. When I started out as Wishlyst I was told by successful people in the industry that I shouldn’t “do it all” and I should focus on just being a songwriter, or just a producer, or just an artist. I entertained their suggestions but it didn’t feel right, and my biggest wins only came once I decided to keep doing everything myself. So many artists feel they need someone above them to give them opportunities or give them the answer of what will make them successful. I’m an example, in both my classical career and now my career as an artist, that you can forge your own path, trust yourself, and find success. It’s not easy, but it’s worth it. 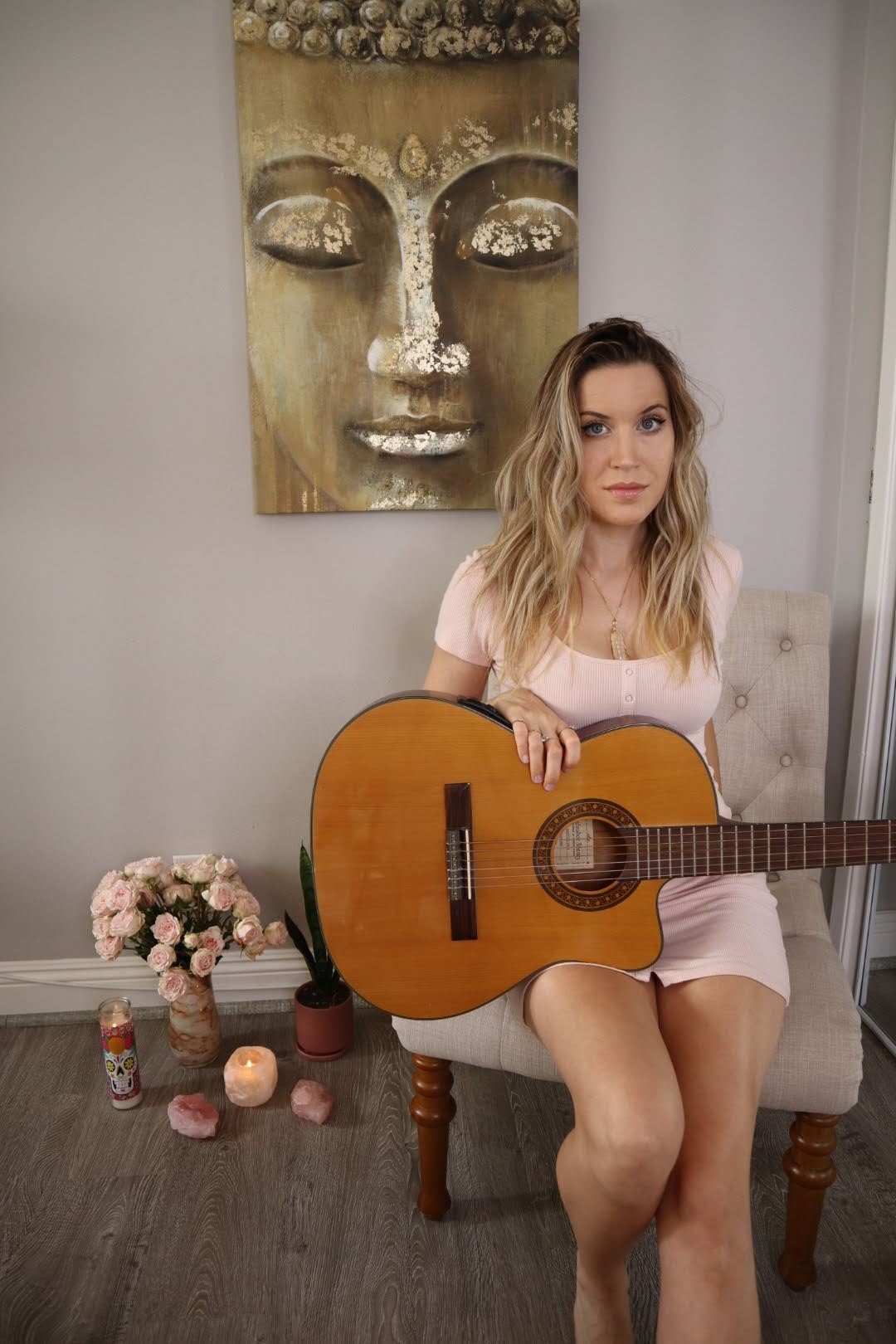 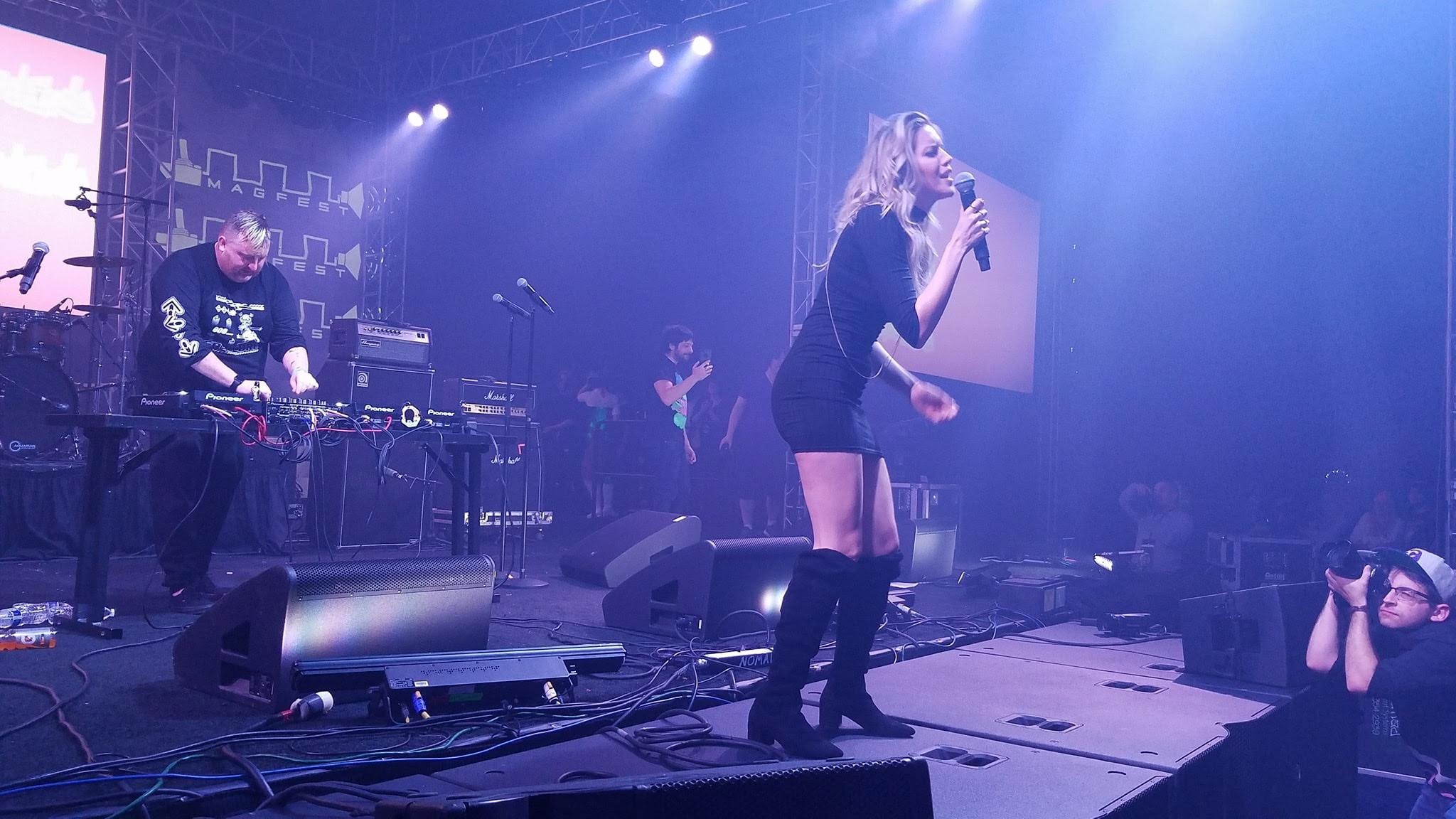 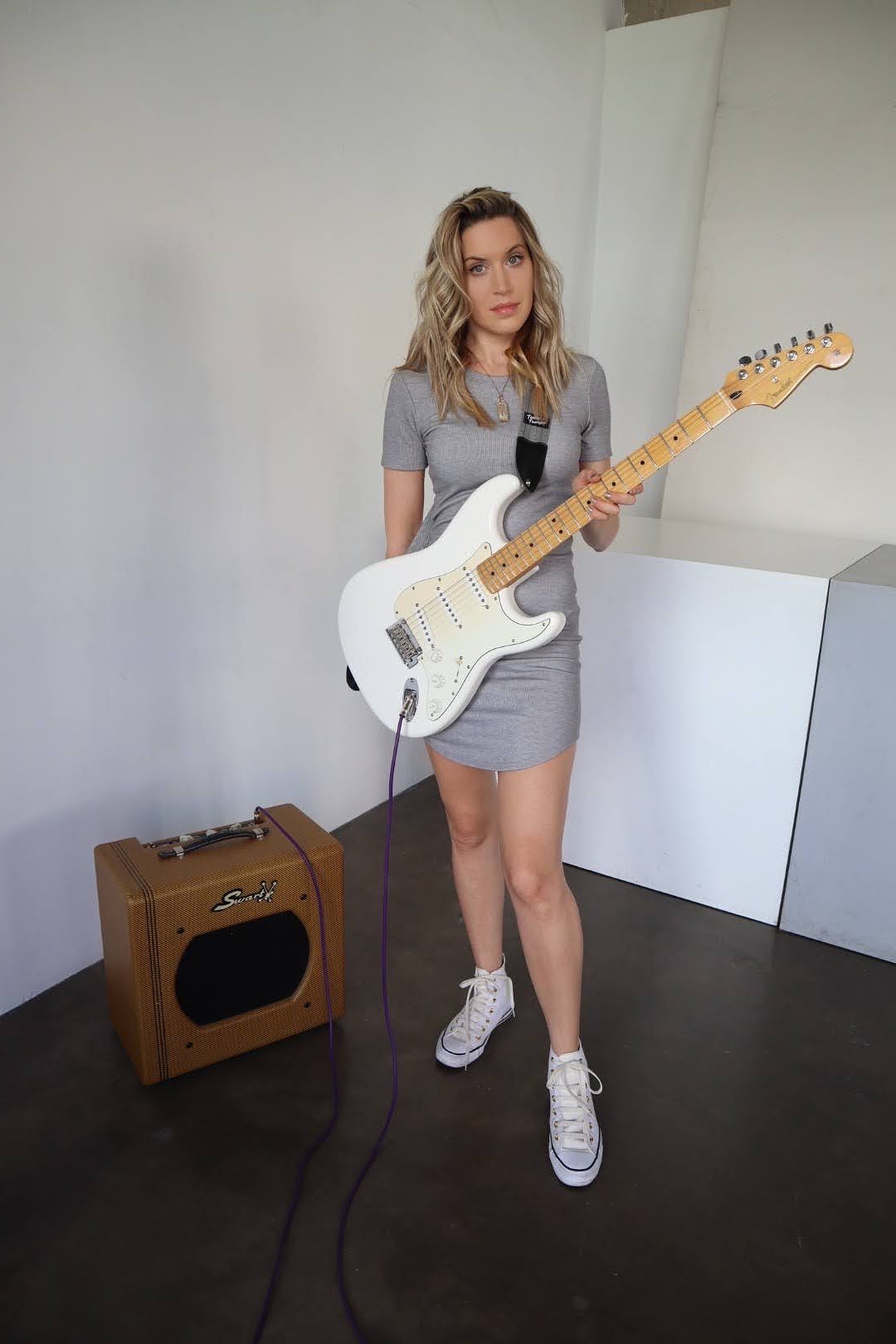 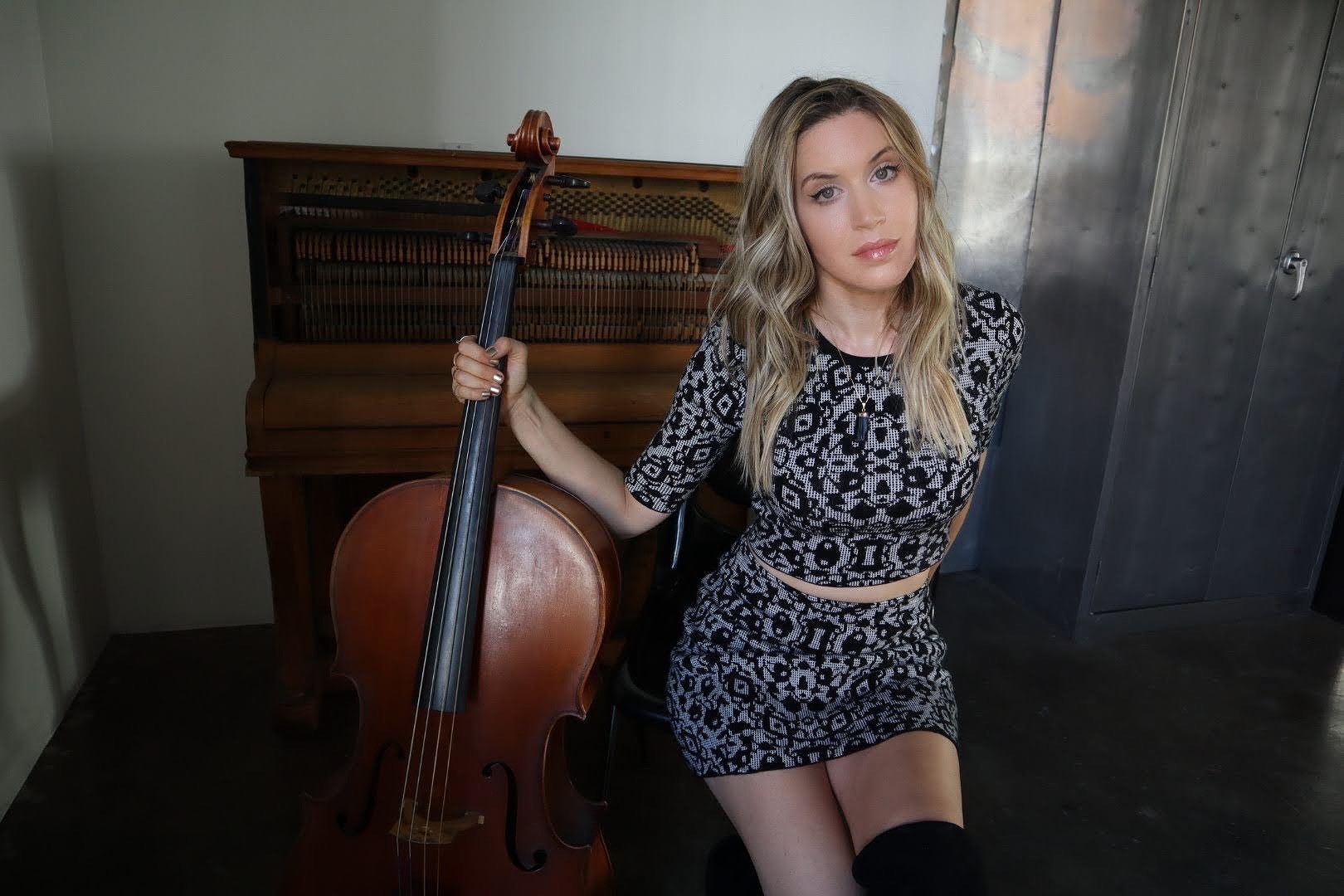 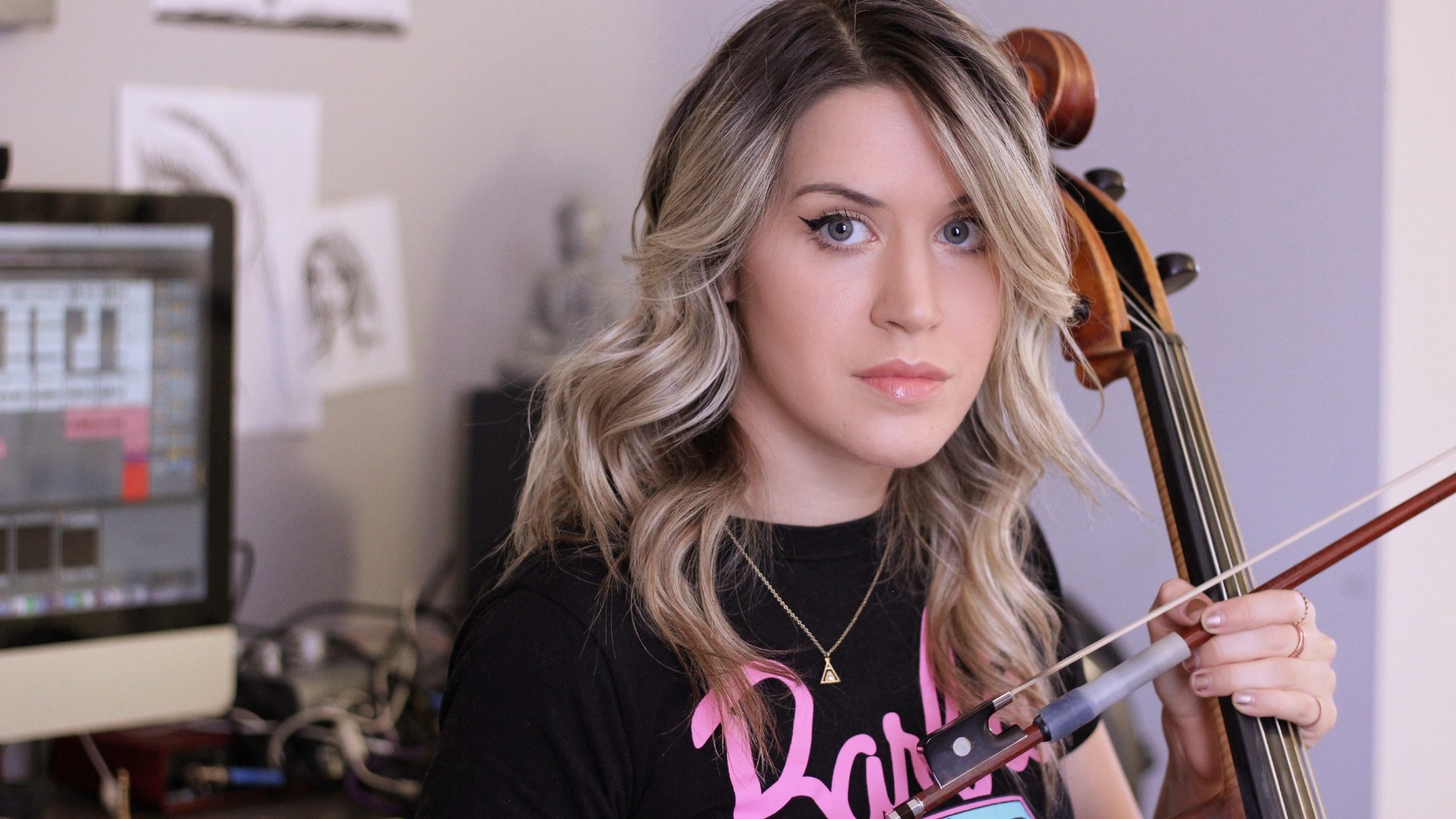 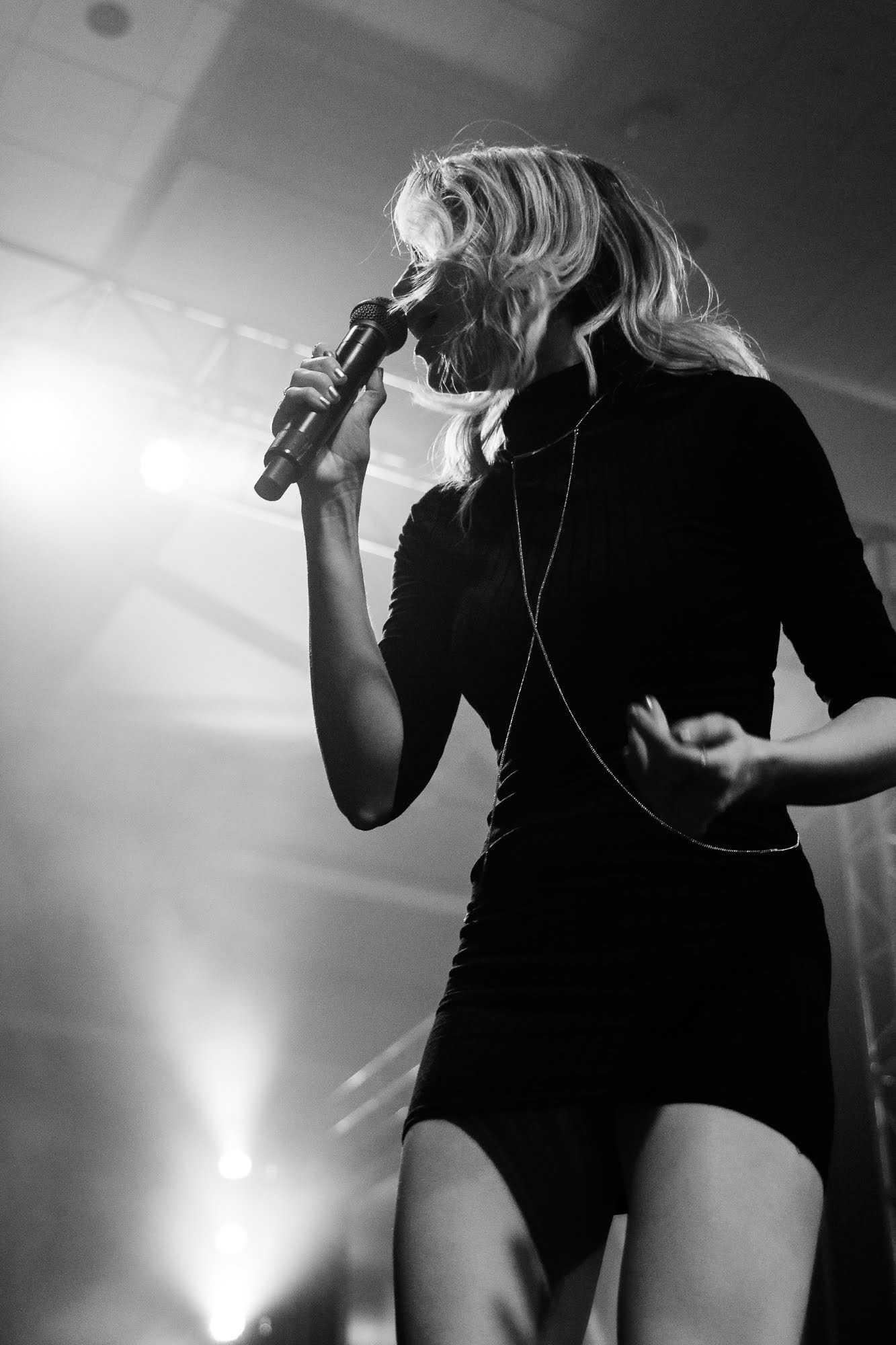 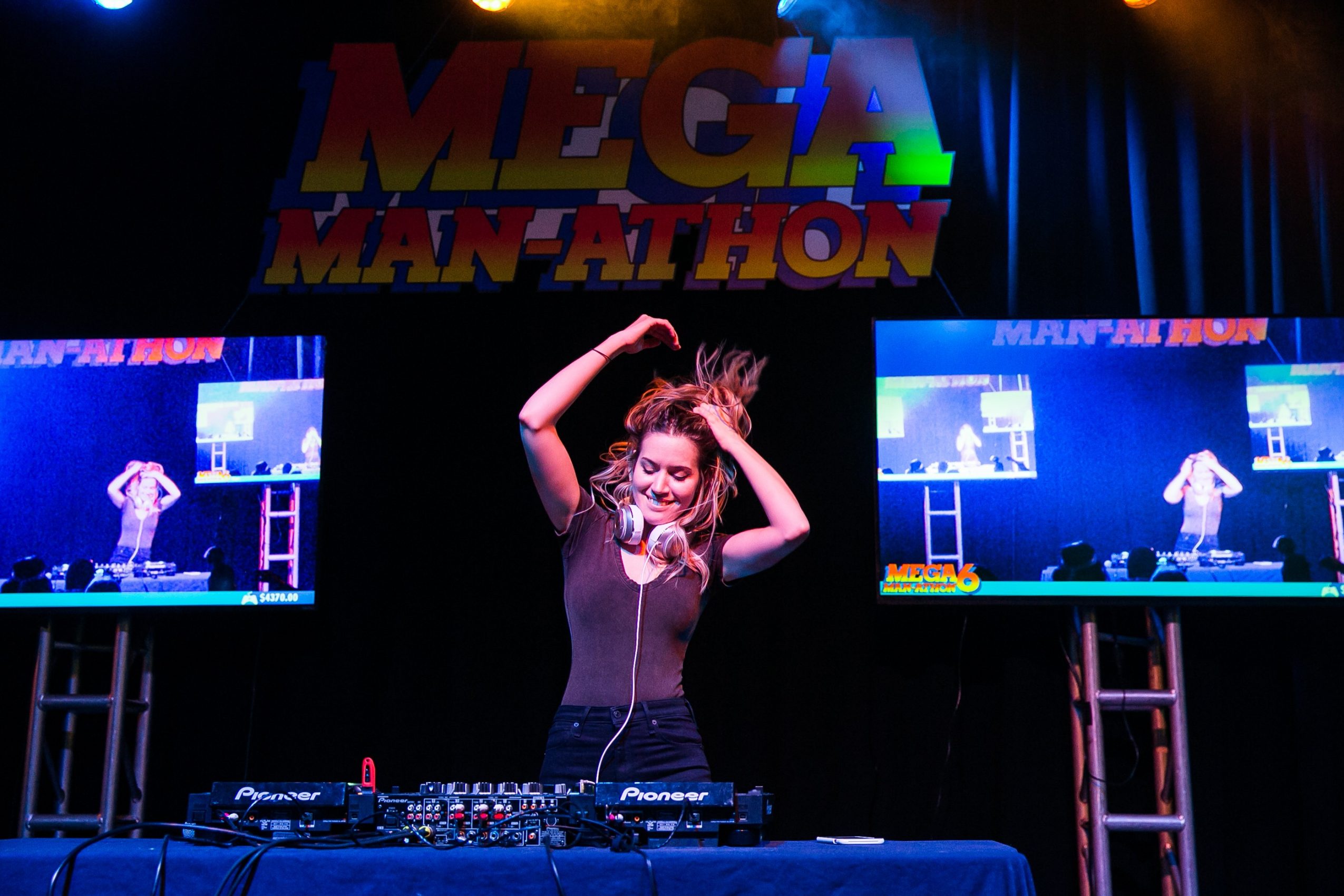 Image Credits
Many of the photos are self-taken. The ones that are taken by a photographer are the 2 photos singing on stage and the DJing photo. Those are credited to Mike Dosik.