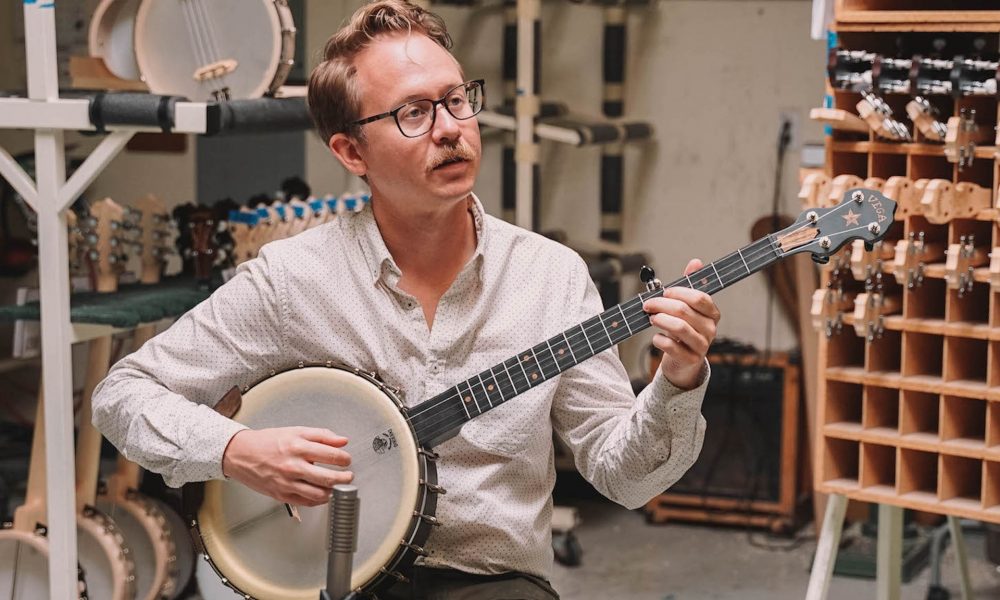 Today we’d like to introduce you to Clinton Davis.

Hi Clinton, so excited to have you with us today. What can you tell us about your story?
I am an old-time folk musician based in San Diego. I am a 5th generation Kentuckian, born and raised in Carroll County. My Dad is very passionate about music and is a guitar player himself, so I grew up seeing him play with friends and family, and we went see live music regularly. I studied piano first and then started picking up my Dad’s guitars. I went to college at the University of Kentucky and studied classical piano but got some of my first exposure to old-time music. I got to see legendary traditional old-time players like Lee Sexton perform several times and visited deep Eastern Kentucky to see a strong, living tradition.

After that, I started devouring old 78rpm-era recordings of fiddlers and banjo players and started teaching myself those instruments. I got some help with fiddle technique from David Bragger (LA), and then the legendary Kentucky fiddle scholar John Harrod helped me reconnect with a lot of fiddle repertoire from my hometown.

I make my living primarily through teaching private lessons out of my home in San Diego: banjo, guitar, fiddle, mandolin, and piano; both in-person and online for folks around the globe (clintondavismusic.com).

I also perform as much as I can (clintonrossdavis.com). I’ve played old American music based out of San Diego for several years now and in many incarnations. I led a jug band for a while, I’ve played solo with a stringband. A couple of times a year I might get invited to play at folk festivals around the country: The National Jug Band Jubilee (KY), The Brooklyn Folk Festival (NY), the Port Townsend Acoustic Blues Festival (WA), the Portland Old Time Gathering (OR).

When the Pandemic started, I immediately began work on a solo album, recording it myself at home. Entitled “If I Live and I Don’t Get Killed,” it was released on Tiki Parlour Recordings in August 2021 and features my playing on a range of instruments and styles. After hearing it, renowned traditional guitarist Stephan Grossman said, “Clinton Davis is a master…carrying on the traditional music torch of Mike Seeger.” America’s great banjo company, Deering Banjos called it “simply sublime.”

Would you say it’s been a smooth road, and if not what are some of the biggest challenges you’ve faced along the way?
The musician’s path always presents things to worry about and worry about them I have. But I have been very fortunate and can’t really complain. The pandemic really changed my outlook on my career and the way I try to balance teaching and performing. Before the pandemic, I limited my teaching more and tried to reserve more time for gigging. With the pandemic shutting down live music, I realized that all of the time I gained allowed for me to dig deeper, reach further, and plan bigger without hustling myself to death. So I’ve embraced that and am trying to gig less and gig better.

Appreciate you sharing that. What else should we know about what you do?
From an outsider’s perspective, you could say I specialize in “old American music.” It’s an intentionally vague term that can include a range of styles I play – styles that usually thrive have separate communities and scenes: pre-WW2 folk music, blues, bluegrass, jug band, ragtime. My performances tend to skirt through them all without firmly settling down in anyone. So I suppose the breadth of my playing sets me apart from others.

By that same token, you could argue that I don’t specialize in anything. I certainly know players that specialize in just one of the instruments I play, whose understanding and abilities within one style or instrument astound me and keep me inspired. But I’m very restless as a musician and always have a long mental list of tunes, styles, techniques I want to further develop. Every day I wake up and feel inspired by something different, and I just follow that inspiration.

I was pretty proud of being invited to play at the National Jug Band Jubilee in Louisville, Kentucky. That festival is run in part by musicians that I grew up seeing when I was young. To have them invite me back and fly me from San Diego to Kentucky to play for my family was a special, full-circle moment.

I’m also proud to be Deering banjo’s artist. I’ve worked with them several times, appearing in print, television, and internet advertising for some of their newer instrument designs. Working with them and the Center for World Music in San Diego, we were able to launch a “Banjos in the Classroom” program that brings clawhammer banjo classes to middle schools in San Diego.

What has been the most important lesson you’ve learned along your journey?
To be patient – with others, with myself, and with my “career.” I’ve learned not to expect big noticeable change or milestones in my career but appreciate slow growth and to focus on meeting my own standard of “good work.” 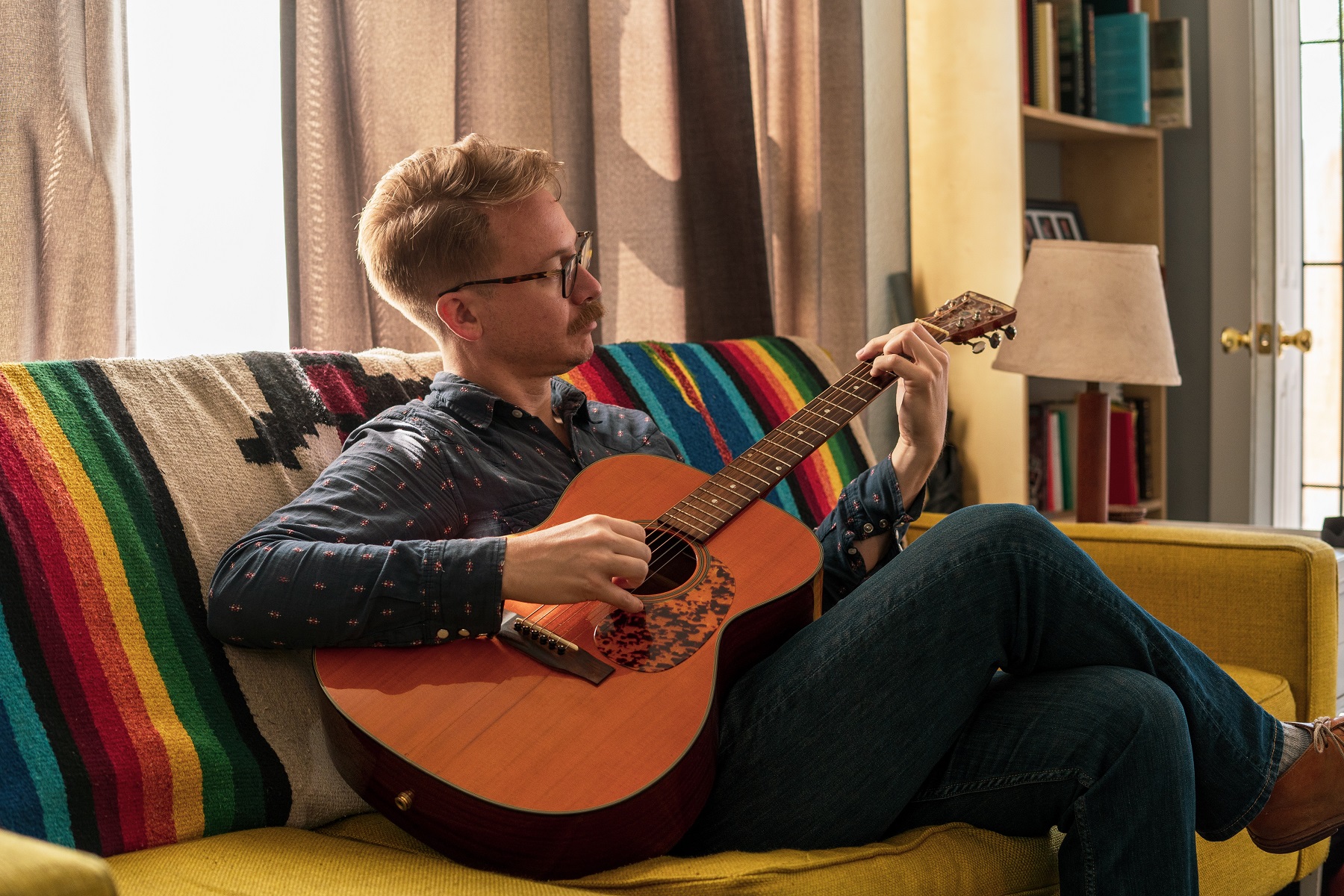 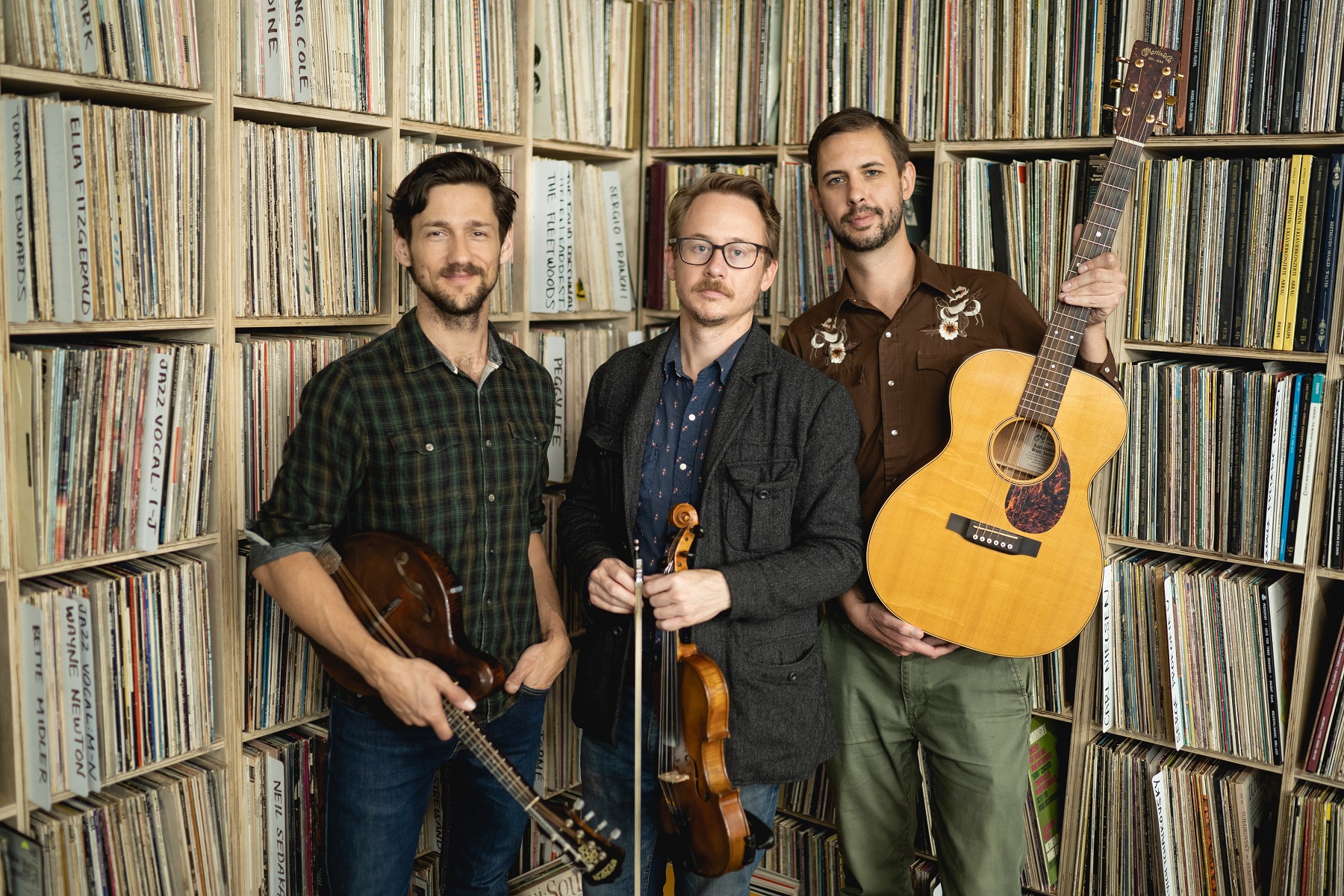 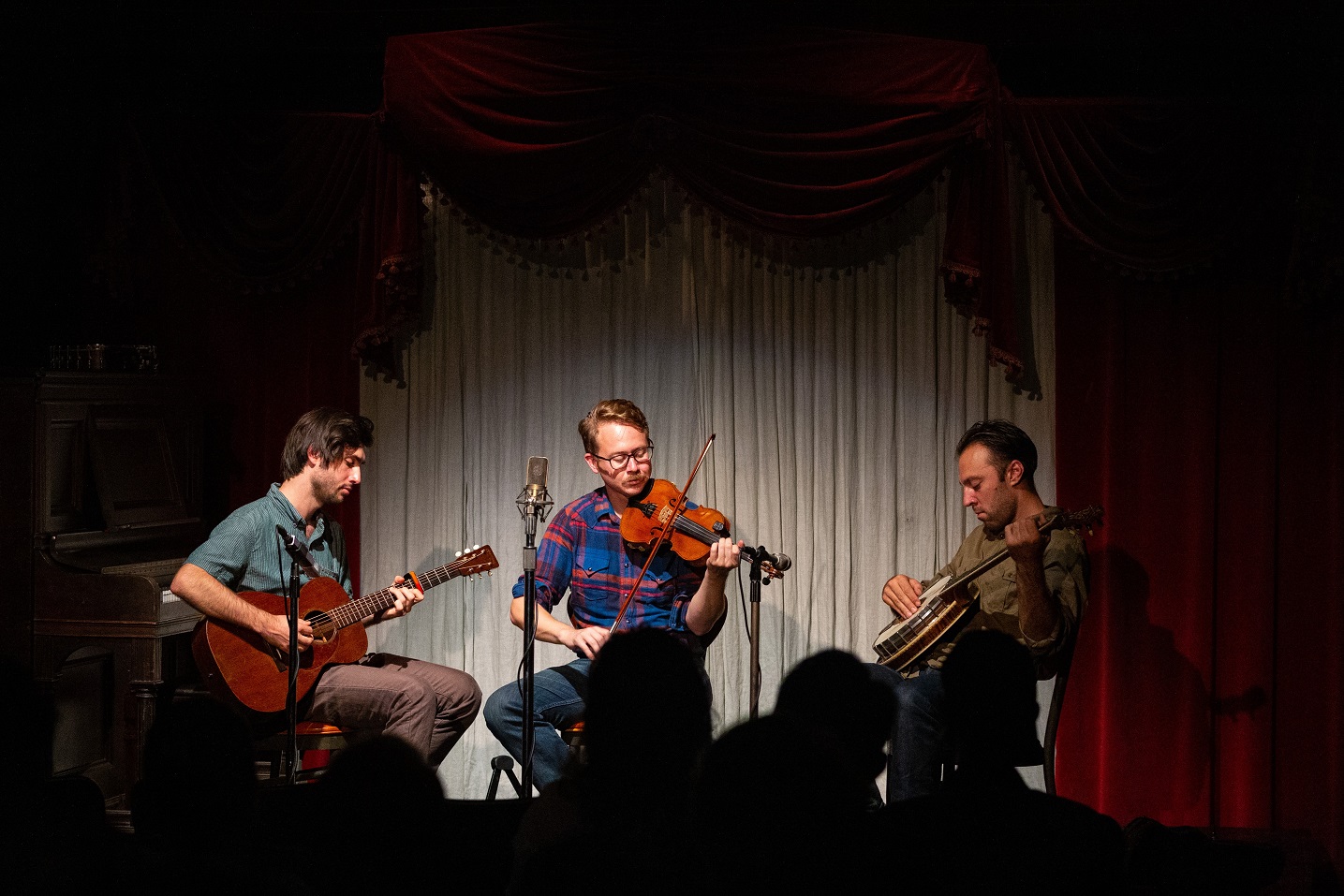 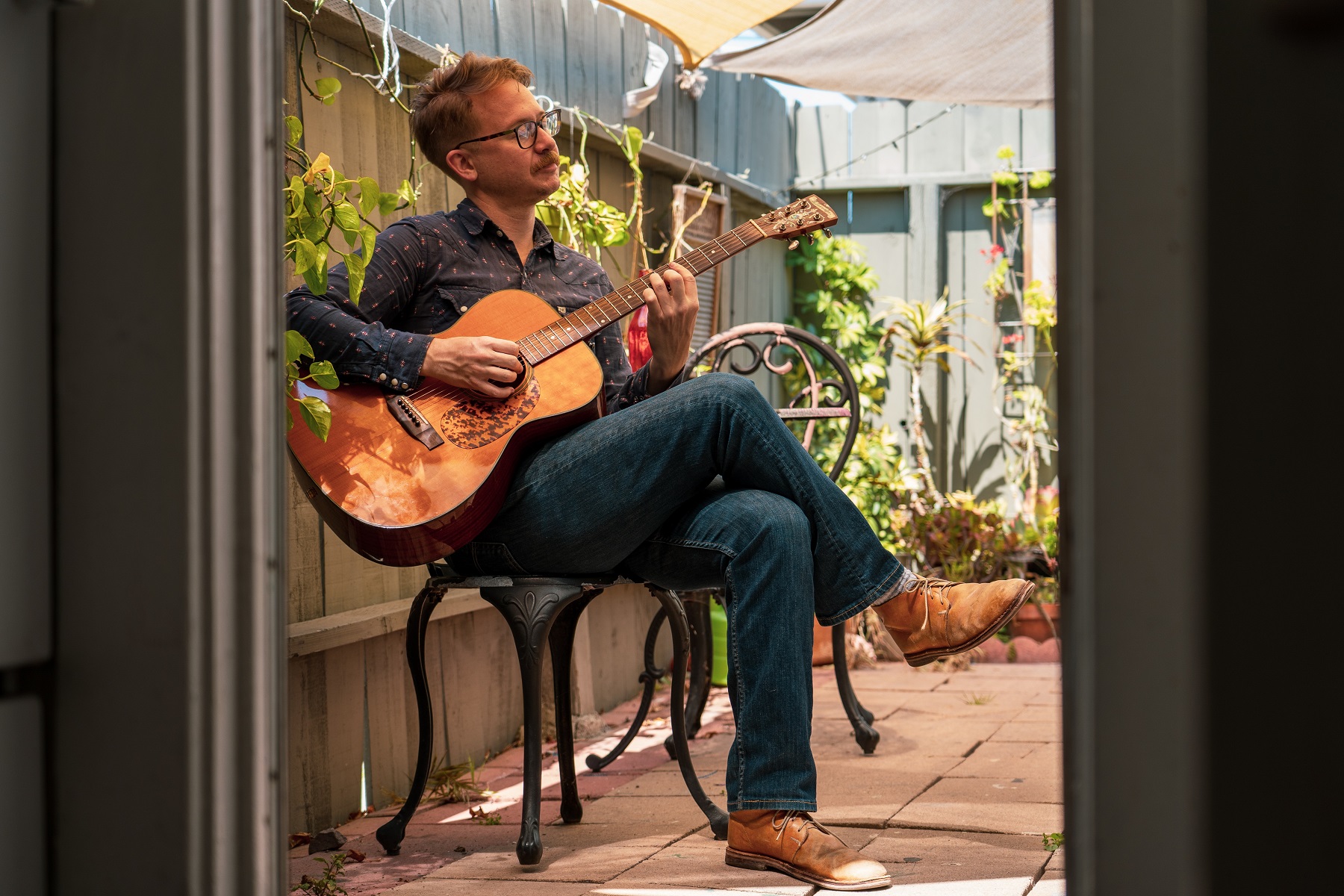